Whoever said “all the best laid plans of mice and men go awry” was probably predicting what would happen to our plans to travel to Spiti. Our plan did not go awry but it did change in unexpected ways.

It all started out with a phone call to my longtime friend (and BCM’er), Indian Traveler (IT) in mid-May. I had just booked my wife and children on a flight to Bagdogra for their summer vacations and called IT to check if he would be interested in realizing our long-term dream of traveling to Spiti together. I knew it would be a long shot as he would need to convince his better half (and two boys) to let him go on an ‘all boys’ trip. We all know what a tall order that is! Nevertheless, I still thought I would give it a go and picked up the phone.

IT is an old hand at trips and has been my companion on many adventures to the mountains – right from our college days. His response to my phone call was mildly optimistic which gave me hope. We ended our brief conversation with to-do’s for both of us. I was to start putting a first draft of our plan together while he would begin working on his better half.

Cutting to late-May, many Excel files and hours of pondering over options, we had our plan ready. We were going to do Spiti from June 4th to 15th. We explored many options (including Pin valley in our itinerary) but eventually settled on the following:

As you have seen, we were not planning to do ‘the circuit’ but more of a semi-circle, which allowed us to climb up via Kinnaur, cover Spiti and return via Kinnaur. This meant that we would not do the Kunzum-Rohtang leg and skip Lahaul.

Little did we know that providence had something else up its sleeve…(to be continued...)
Last edited: Jun 18, 2016

This feels interesting-start the log in earnest at the earliest!

so lay it out... waiting

Once our plan was final, the single most important decision to be made was choosing our vehicle for the trip. Both of us knew the rigors of the drive and that machine was as important as the men driving them. The choice was between IT’s Volvo XC90 SUV and my Mahindra XUV5oo W10. While clearly the Volvo with its 4x4 credentials, a bigger engine and 8-speed automatic gearbox was the more accomplished of the two on paper, we chose the XUV because the Mahindra was:

> More appropriate for Indian conditions (coming from the lineage of the Bolero’s that dominate the roads on the circuit)
> Had a 6-speed manual transmission (both IT and I agreed that MT would be better when climbing to altitudes higher than 15,000 feet than the Volvo’s auto-box)
> Was much newer than the Volvo and more importantly had newer tyres (17 inch-Bridgestone Duelers H/Ts)
> Had a large enough engine (2,200 cc, generating a massive 340 Nm of Torque)
> Had 200 mm of gound-clearence, which we felt would be sufficient to navigate most challenges even in the absence of 4x4
> Was a tad 'narrower' and 'shorter' (which in our view would have made it easier for us to navigate the single lane tracks we'd face)

Therefore, the decision was made to place our faith in the made-in-India SUV over its Swedish counter-part. With the car decided, we now had a few more small things to take care of, mostly to help keep us going during the 7-8+ hours driving that we knew we would be doing almost every day. 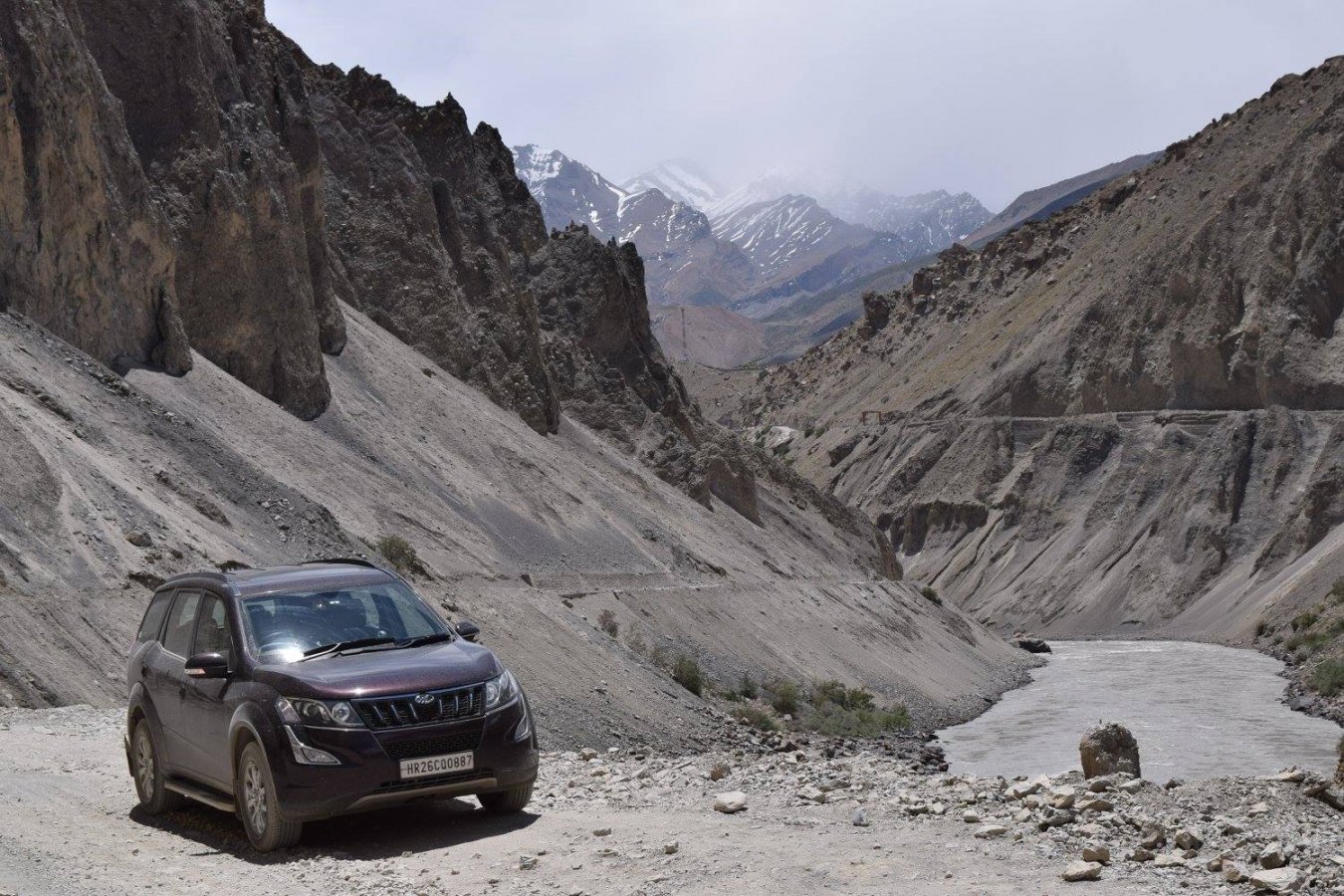 IT was tasked with stocking:

I was to keep:

> Miscellaneous edibles (crucial because our drive plan called on us to skip lunch on most days)
> A DSLR (Nikon D3300, which we used on the trip)
> A primary bottle of Single Malt (Glenfiddich 1L, which we did justice to)

Our final debate was about carrying a winch, cable, electric tyre inflator and puncture kit for any eventualities involving the XUV. Since it was my car and I was to take care of all ‘car related’ items, IT dumped all of that on me and I true to my nature, took a leap of faith and carried nothing J

With everything taken care of, the plan started rolling on June 4th.

We left Delhi at an insane time, 09:30 hrs. This is because; I was to drop my family to the airport on the same day for their morning flight to Bagdogra and then pick-up IT from his house. We had anticipated this delayed start to cause us much grief in exiting Delhi. However, surprisingly, our exit was smooth and we made it to Zirakpur without event. Our only stop was for lunch at Derabassi (Chandigarh-Ambala road), where we had Subs and Cold Coffee.

The mess started where we had least expected it to. After we hit the Himalayan Expressway at Zirakpur. The expressway that was ‘so cool’ when we had last used it on our trip to Sangla-Chitkul in 2012, was under massive widening work and the road was dug-up at many places. What was supposed to be a breeze, turned out to be a crawl. After we huffed-and-puffed our way to Parwanoo and exited the expressway, our progress continued to be slow due to the traffic that had ‘bunched up’ on its way up to Shimla. Somehow, we meandered our way through the supposed ‘Shimla byepass’ and finally ended up on NH22. The chaos of the last few hours was finally replaced by some peaceful driving from Kufri to Fagu.

We finally made it to Fagu at 19:30 hrs, taking 10 hrs to cover 380 kms. Considering we had crossed Chandigarh at 14:00 hrs, this was abysmal. We checked into the HPTDC property – The Apple Blossom, inaugurated the bottle of Glenfiddich, had dinner and called it a night. 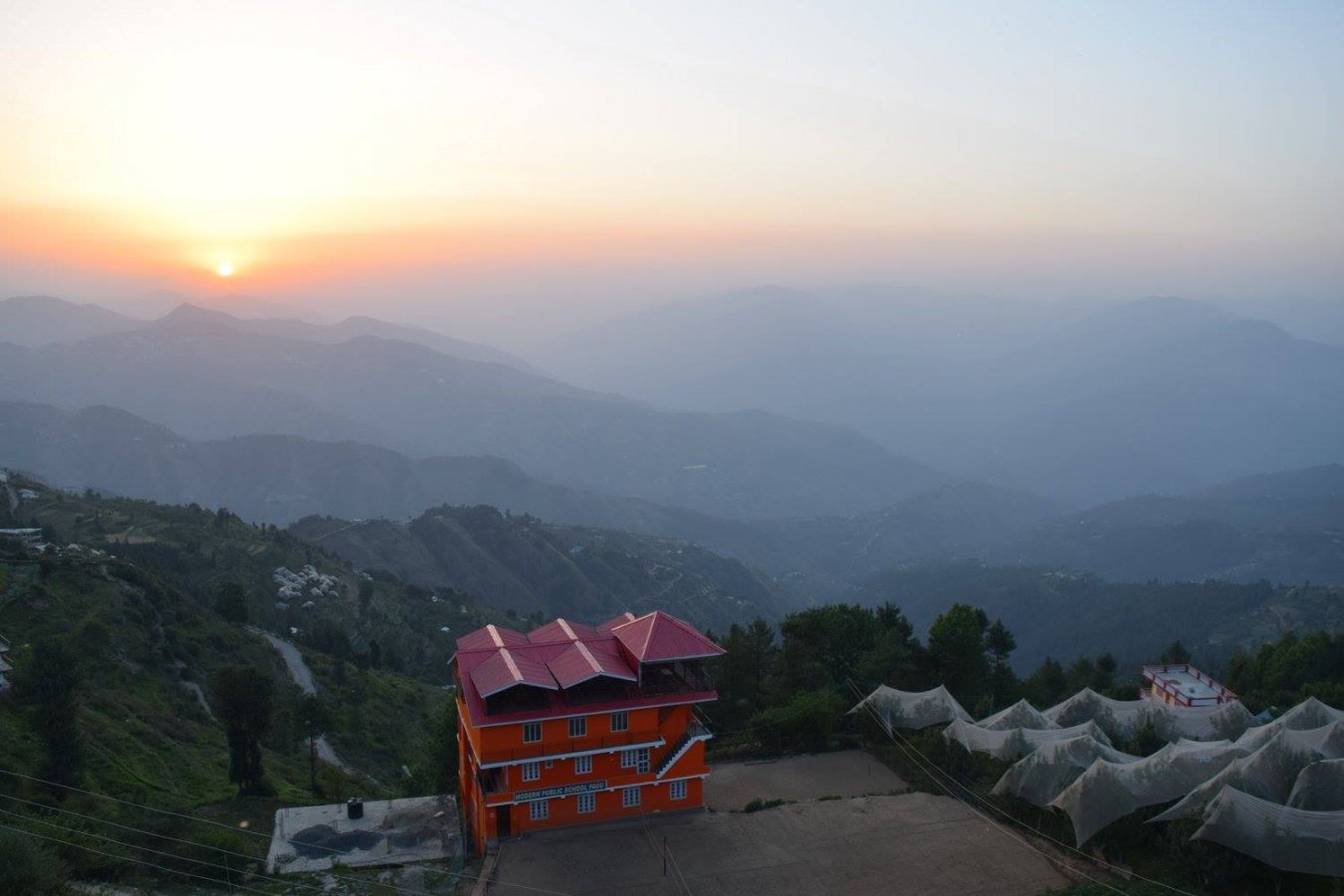