Sweet, that's a nice room. And who was driving all the time you or were you sharing it with your sister?

Shivanshu said:
Sweet, that's a nice room. And who was driving all the time you or were you sharing it with your sister?
Click to expand...

I drove all the way till Kumbhalgarh ... then we shared the driving.

This fort was built around 550 years ago. It has 7 gates or 'Pols'. Interestingly, it has never been captured ... probably owing to it's amazingly thick walls. The fort enjoys a commanding view of the Aravalli range & is adjoining the Kumbhalgarh Wildlife Sanctuary where one can do a safari.

The fort has 360 temples within it's walls out of which around 300 are Jain temples & the rest are Hindu temples. There is a light & sound show in the evening from 6:45 till 7:30 (which I found quite average). This show plays a recording of the history of the fort. What I found surprising is that the show is only in Hindi, considering that this place attracts a lot of foreigners too.

What is amazing is that after the show, they light up the whole fort for some time which looks absolutely beautiful in the night. 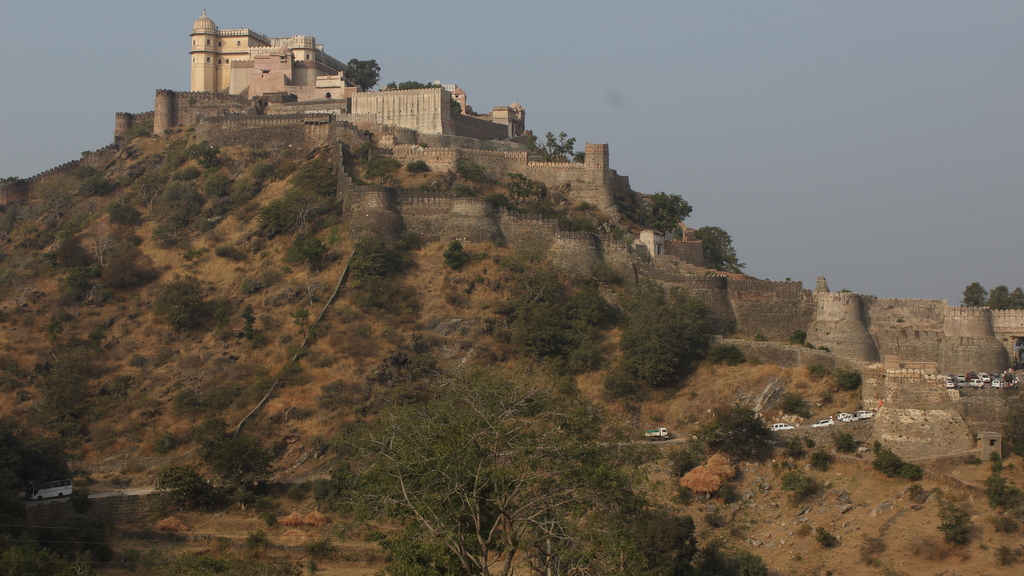 The Fort as seen from "the viewpoint"​ 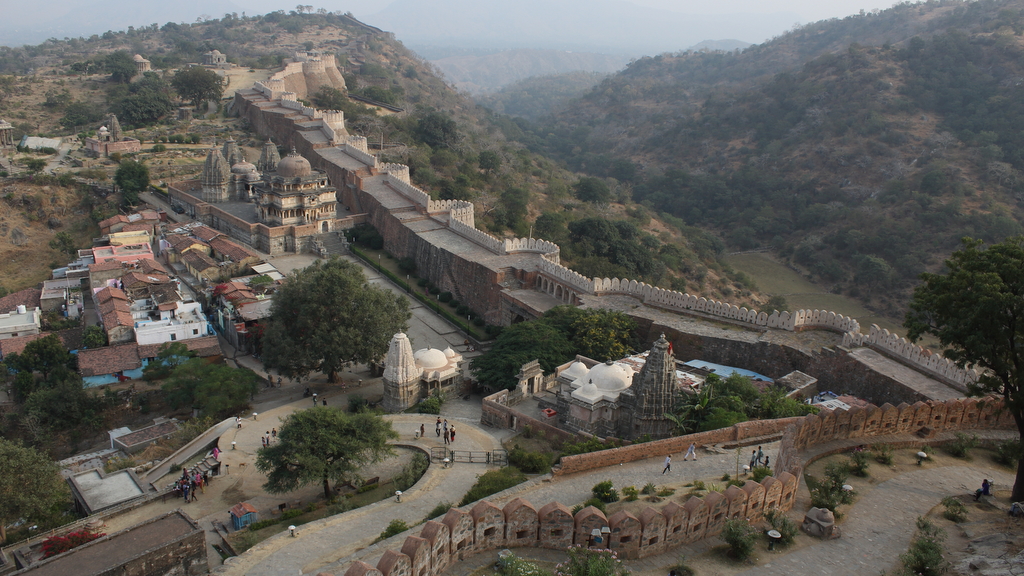 The difference between the longest and the 2nd longest wall in the world is ... slightly more than I would have guessed (21,000 kms v/s 36 kms) ​ 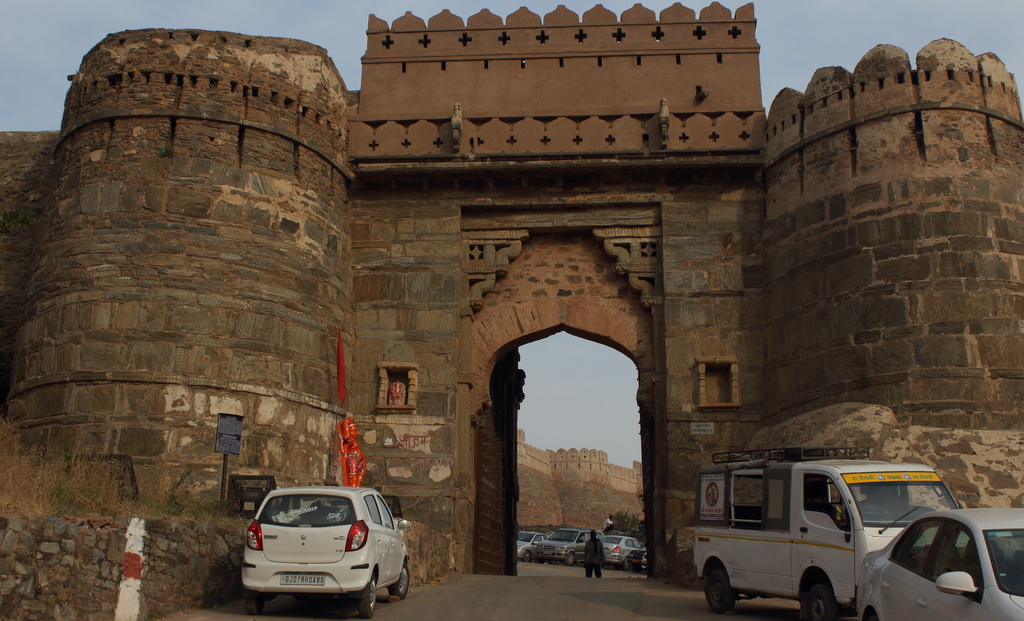 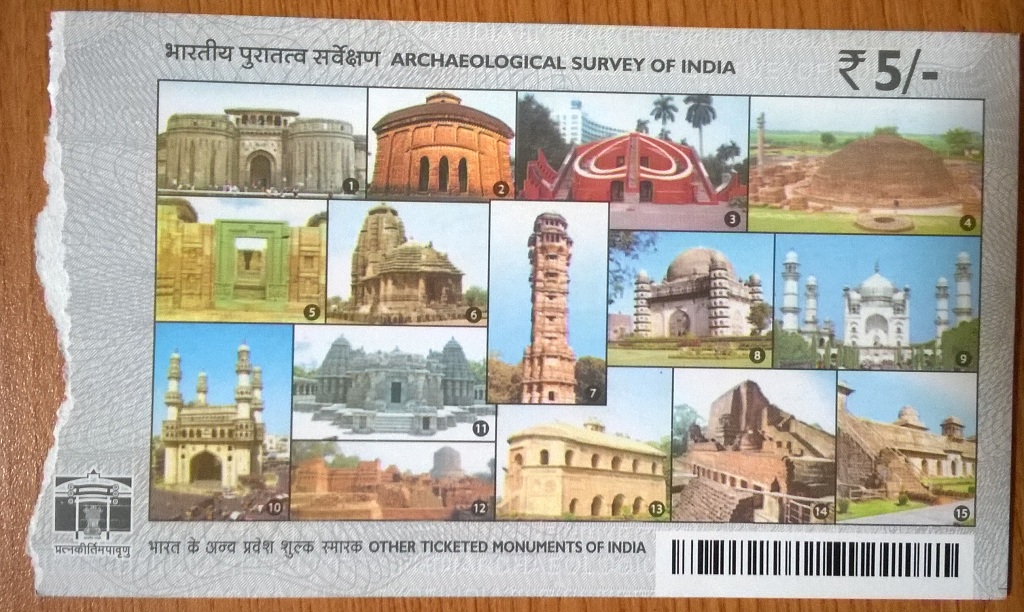 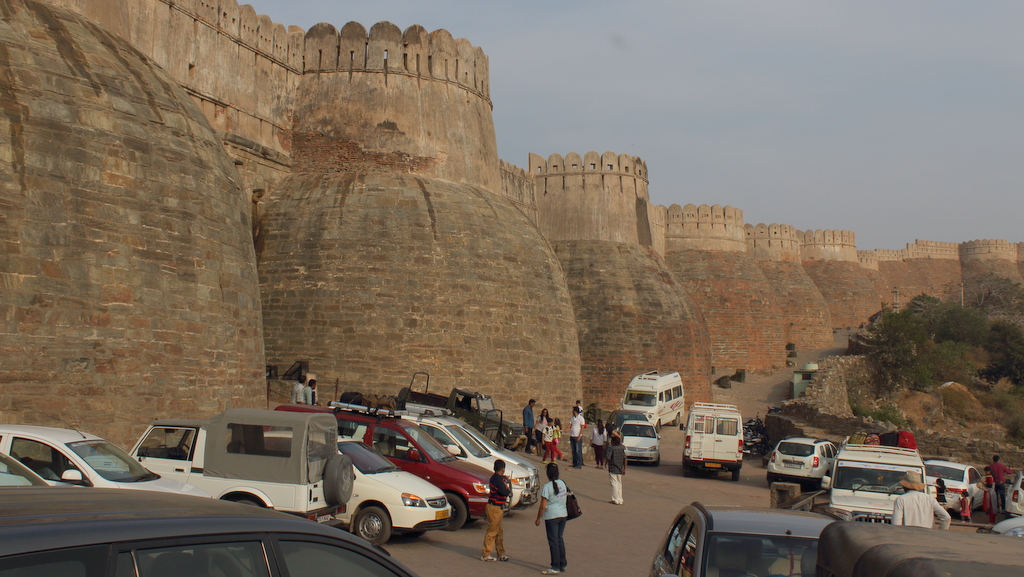 A small section of the thick walls
​ 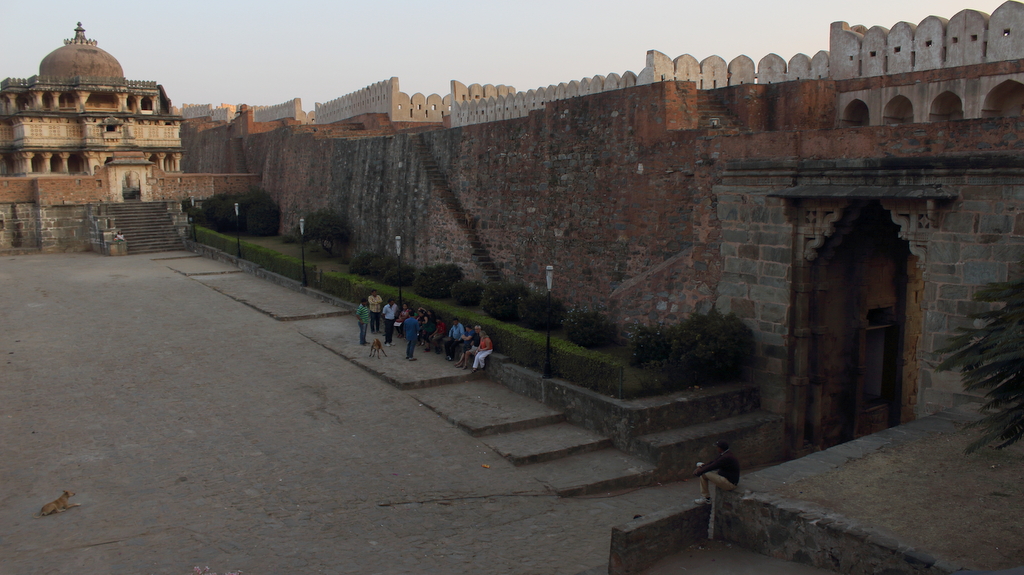 It was relatively clean inside ... esp considering the number of people visiting the fort. It was quite crowded, though you won't realize it as it's spread out!​ 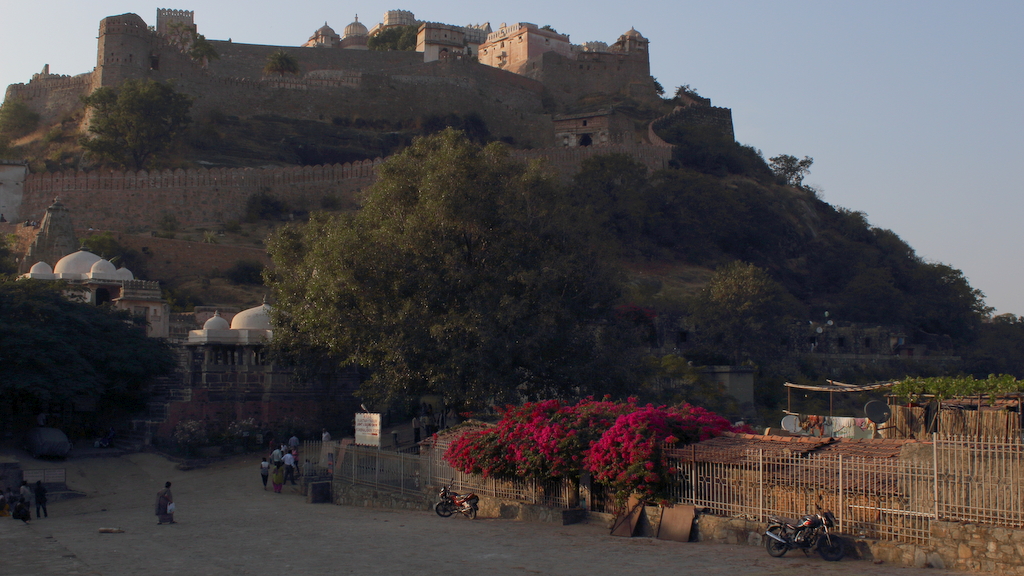 You are supposed to climb all the way to the top ... to the 'Badal Mahal'
​ 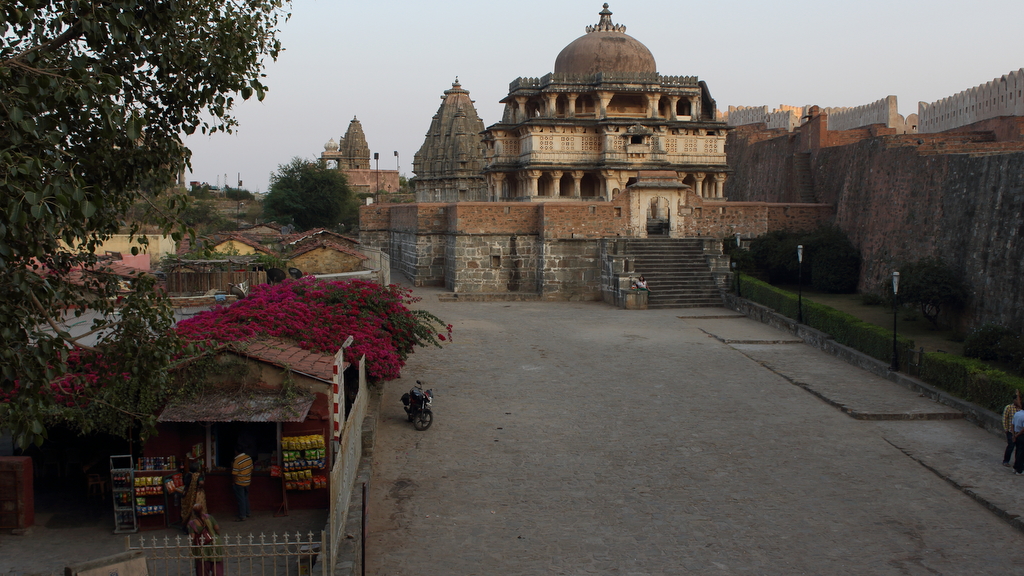 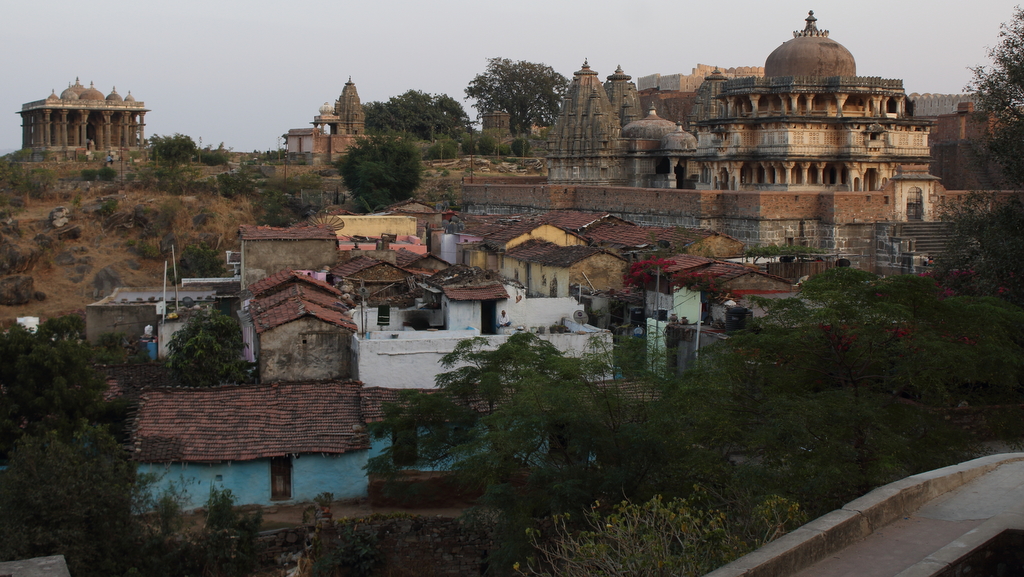 (according to the staff at my hotel)
​ 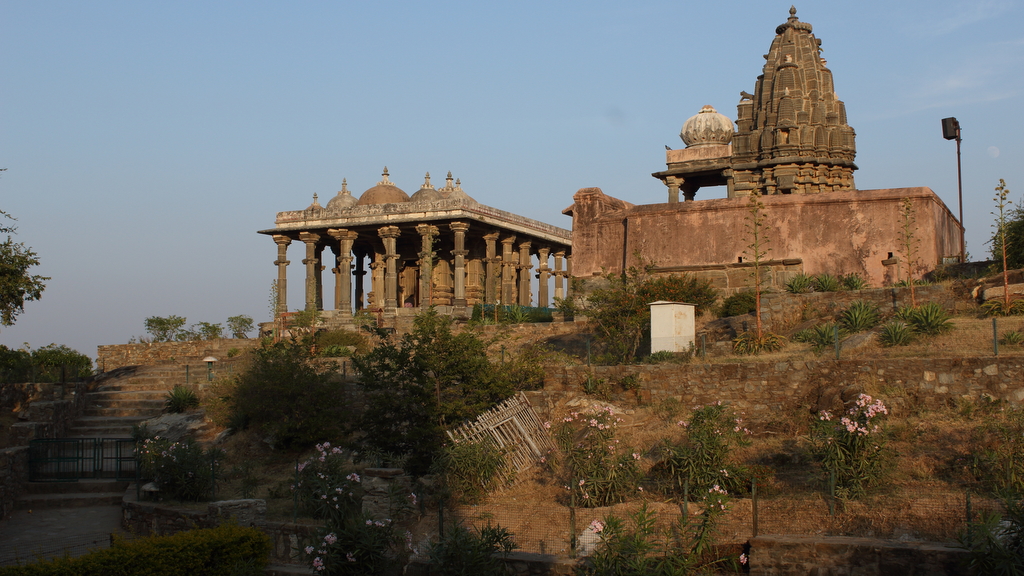 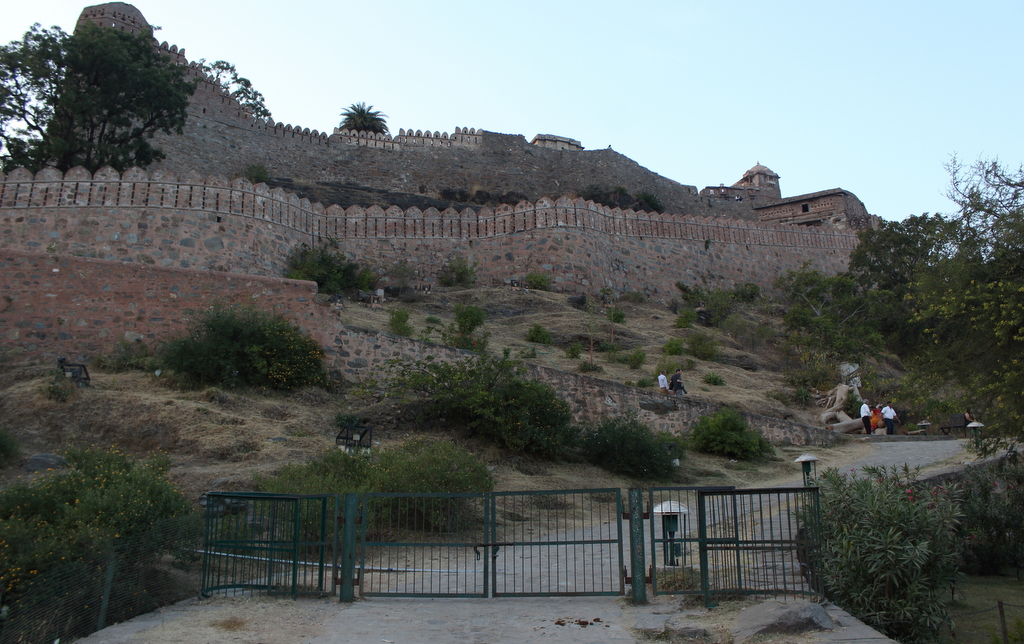 The start of the long climb to the top. We took around 3 hours to go up & return. You could probably do it in an hour if you're in a hurry​ 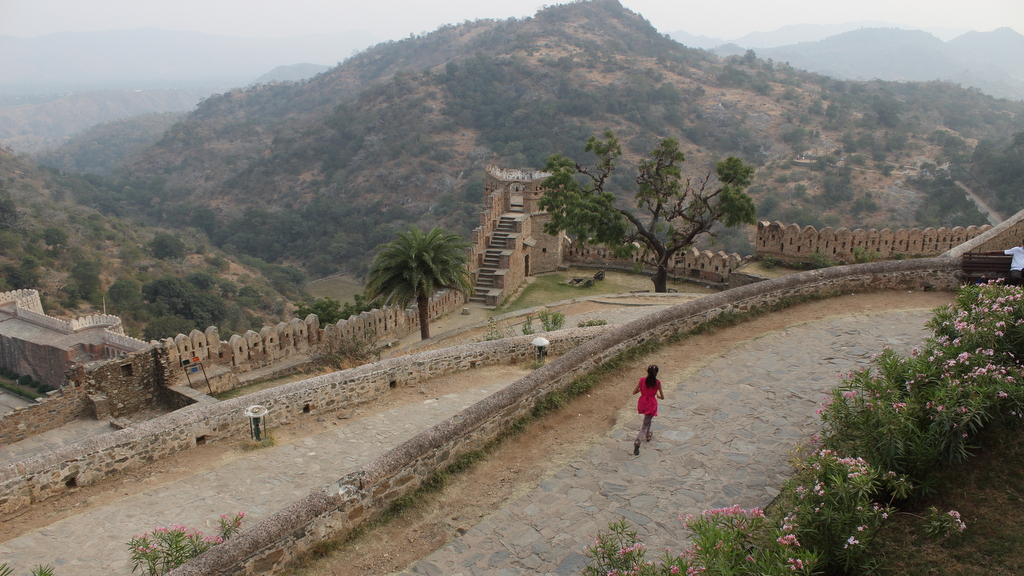 There are nice pink flowers dotting the walk up. It is quite well maintained ... probably as it's a World Heritage Site.
​ 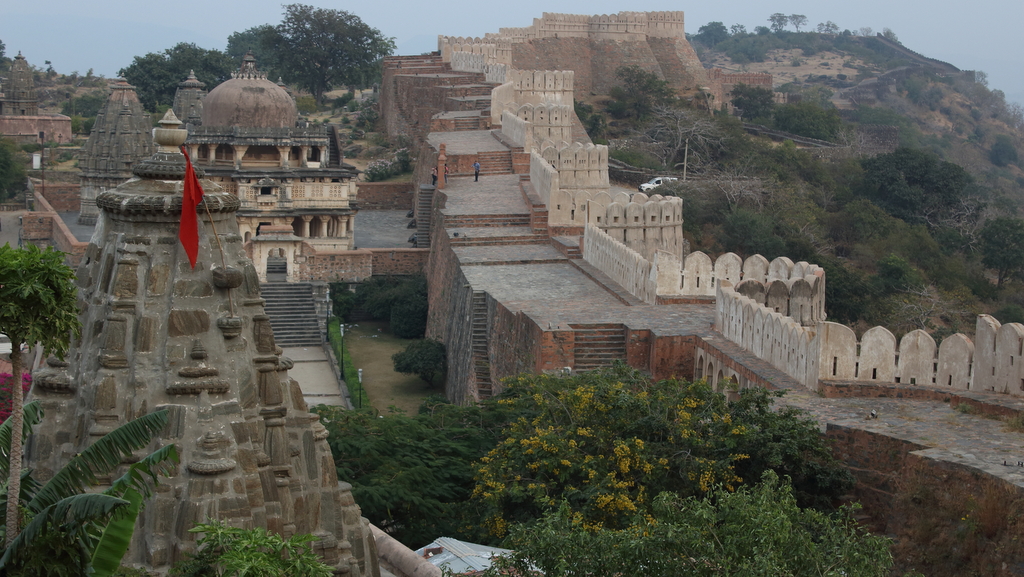 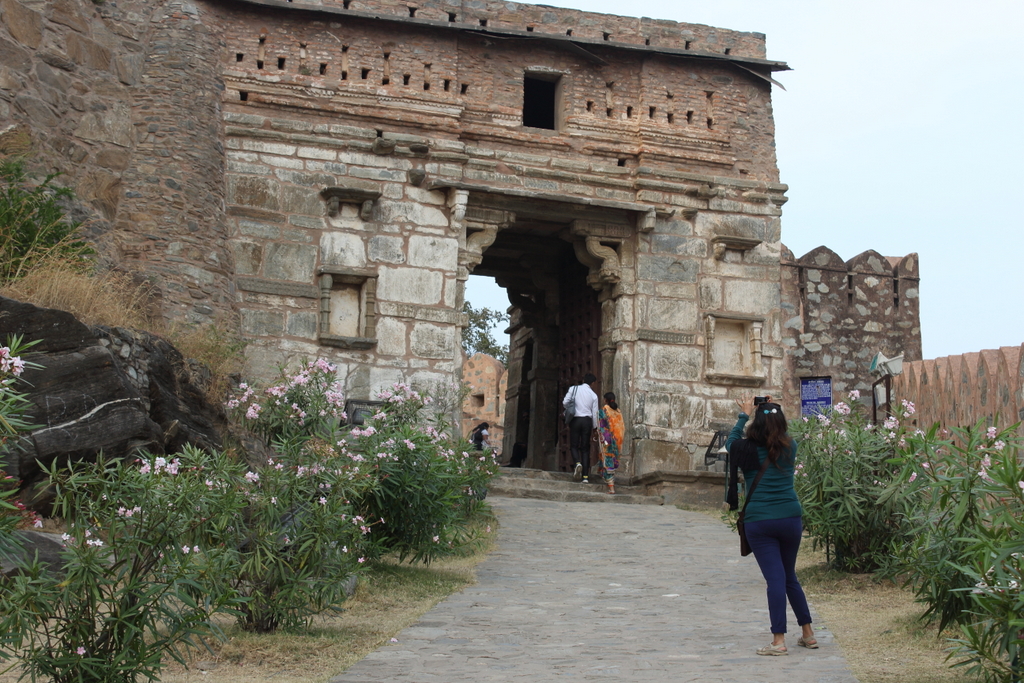 We passed through a couple of gates along the way
​ 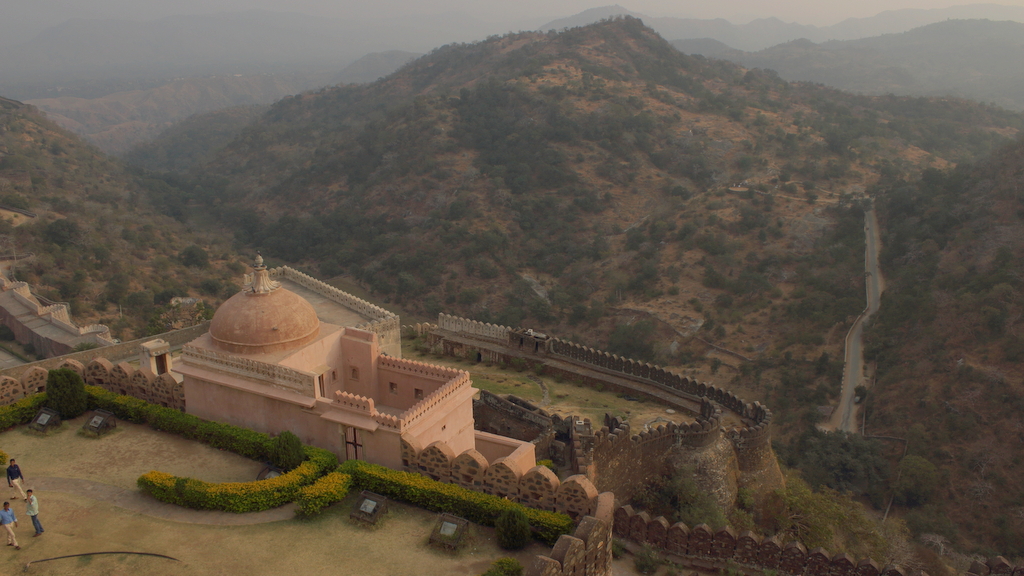 View of the Aravalli range & the approach road from the top​ 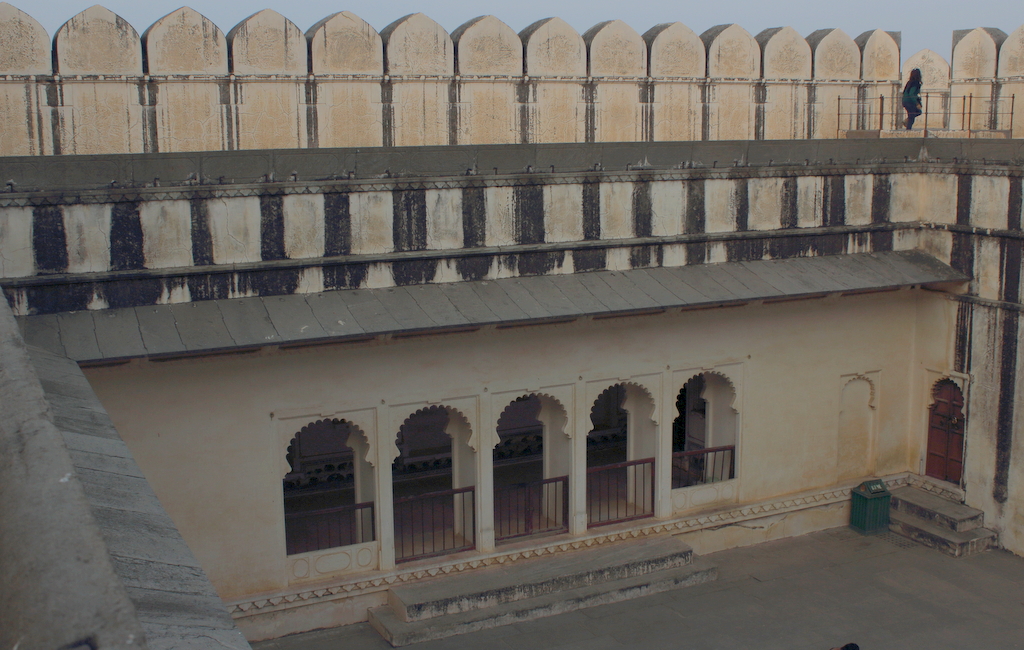 Almost at the Badal Mahal (which is just a terrace & not really a 'Mahal'). It was very windy up here. You get commanding views of all sides ... which is the whole point of it being a Fort ​ 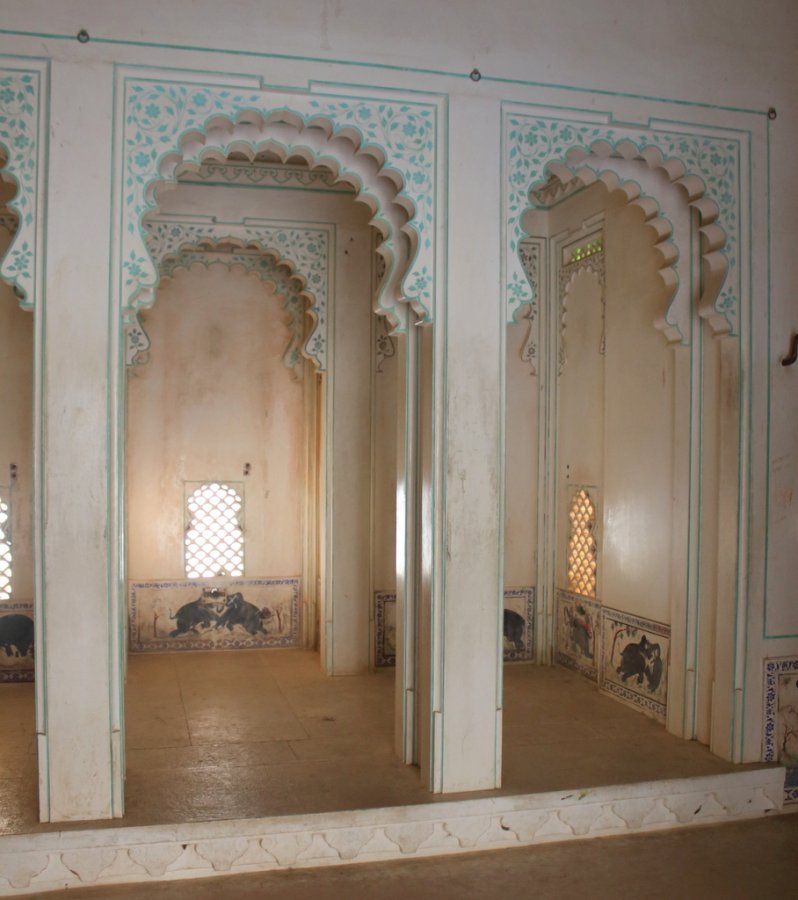 Different sections of the Fort​

These murals are quite well preserved considering their age (and the fact that they have to avoid getting paan stains on them like some of the other sections. Yuck 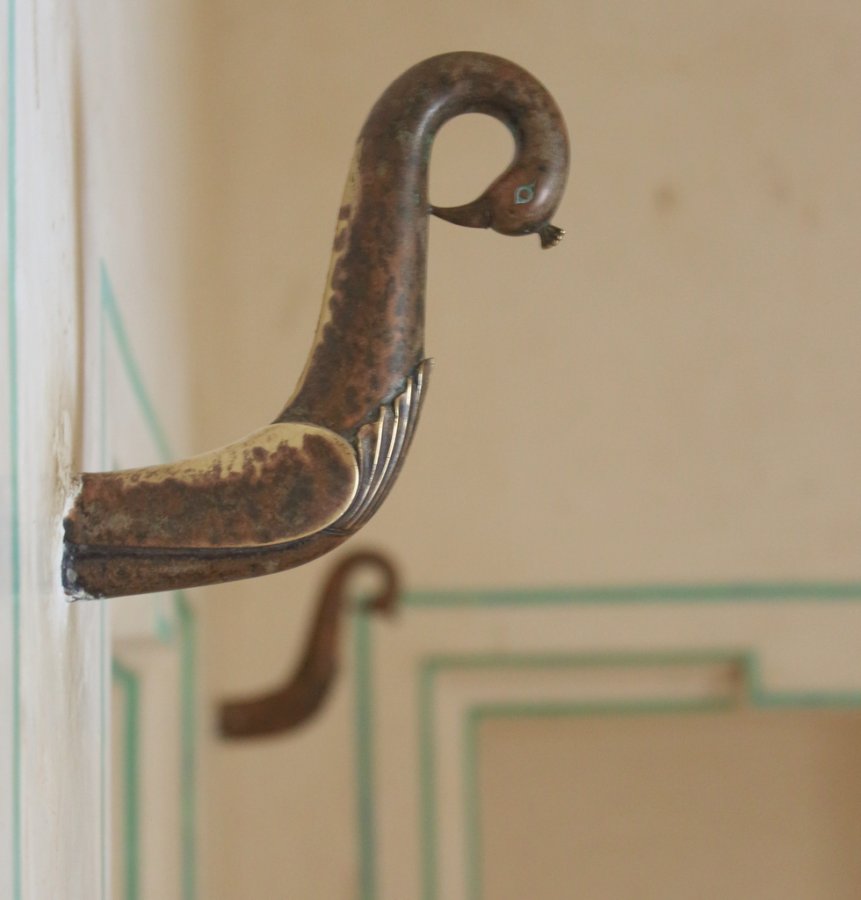 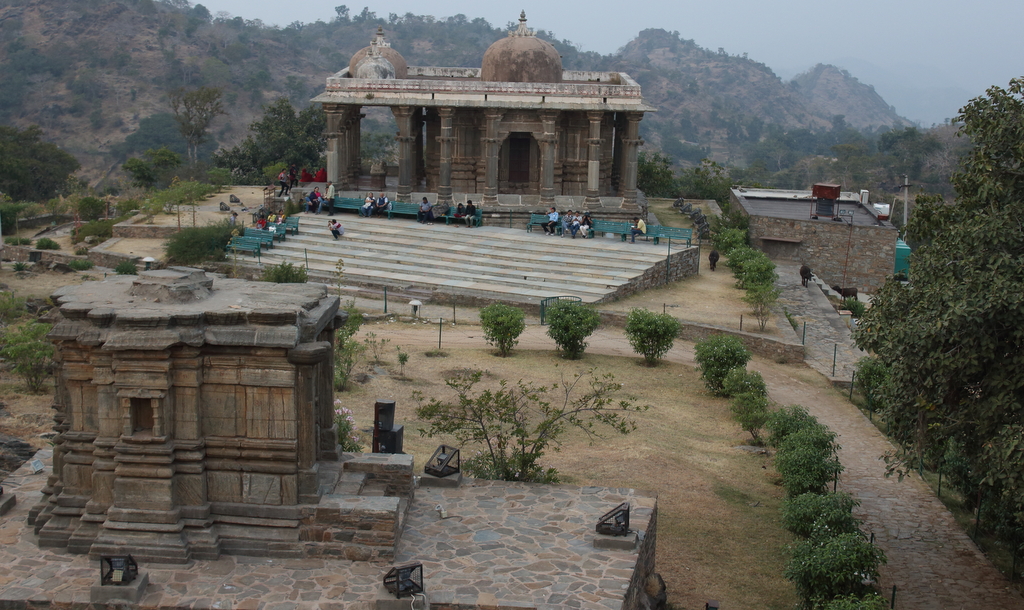 Back down well in time for the light & sound show. It got completely packed by 6!​

After the show, it became pitch dark. It was an adventurous experience driving on the ghats back to the hotel.
I took a wrong turn somewhere ... and after a few minutes I realized that there was something amiss

I must admit that the idea of us getting lost & going round in circles in the forest there was mildly disturbing ... but what really bothered me was the thought that I could have missed dinner! Positively scary

I too had the bad experience of falling for the "Light and Sound show". This was at Agra Fort.
Costed me Rs. 60/head but strictly first time only (you won't go there second time, though!!)
The show had mixed language (some part in Hindi and some part English).

Did you manage to click the fort at night (when the lights are up) and from the light and sound show (when it's dark)?

getting lost in the night and that also in an unknown area gets all your nerves working 200%... must be scary and quite a task going back to hotel

karun0035 said:
Did you manage to click the fort at night (when the lights are up) and from the light and sound show (when it's dark)?
Click to expand... 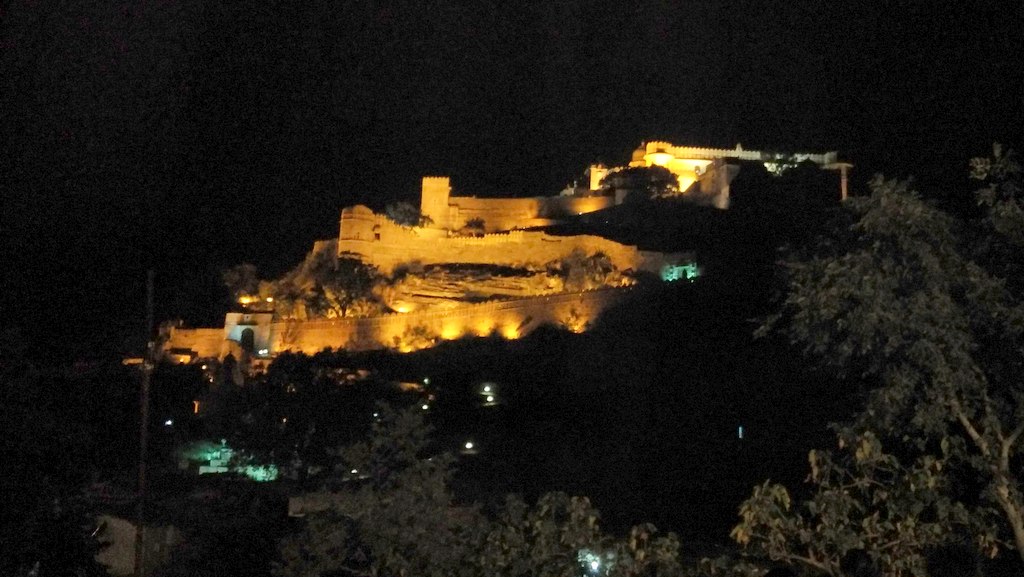 Just clicked this one ... from my cell phone (as I was feeling bored to remove my camera from it's bag)

As it is, I find SLR cameras like the Canon EOS 550D with it's kit lens that I used in this trip too bulky. It's quite obvious that it was designed by men for men

Shivanshu said:
getting lost in the night and that also in an unknown area gets all your nerves working 200%... must be scary and quite a task going back to hotel
Click to expand...

Er ... well just when I started trying to figure out the road, my cousin put on some music that I didn't particularly like. So I got a bit peeved with her ... and completely forgot to get scared .
By the time I realized I'm supposed to be scared, we had already reached the hotel.
You must log in or register to reply here.
Share:
Facebook Twitter Reddit Pinterest WhatsApp Email
Top