hemal12 said:
Hi All,
I am planning to do a road trip from Pune to Leh Ladakh for 20 days beginning 18th May,2019. Any guesses if roads will be open. Currently our plan is to reach Leh via Srinagar and return via Manali. Any information will be helpful for us to plan.

Also we 3 friends will be accompanied by our kids, youngest being 8 years old. Will it be safe to do the trip during this period with kids
Click to expand...

However, bad weather or western disturbances can delay the opening of the highway or close it temporarily if it is open.

The road will be rough initially, but also laden with snow, to make the journey beautiful.

Having said all this, keep a watch on election dates. J&K is set to have state as well as center elections in the coming months. Avoid travelling through Kashmir around that time.
A

What is the condition of Chandigarh Manali highway now? I am planning a trip in mid-april, but last I heard the road was in a very poor condition and full of potholes, especially after monsoon last year. Thanks in advance.

Arpit Tripathi said:
What is the condition of Chandigarh Manali highway now? I am planning a trip in mid-april, but last I heard the road was in a very poor condition and full of potholes, especially after monsoon last year. Thanks in advance.
Click to expand...

A lot of construction is going on en route to Manali, so the road is not going to be smooth or jam free.

Well, for those unlucky guys who missed all the snowfall,
you have Back To Back Snowstorm.
So you in luck.

Plan your trip, as the WDs would soon vanish,
and after that don't ask where will I find snowfall.

Manali – Leh Highway snow clearance operation is set to begin in a week, if the weather remains favorable. Initially effort would be clear Gulaba – Rohtang route and restore connectivity within Lahaul Valley.

Please check out the expected snowfall which may take place on the dates mentioned on the screen shots
so you can better plan your trips.

And for Manali Kaur Ahluwalia hope you don't get stuck. 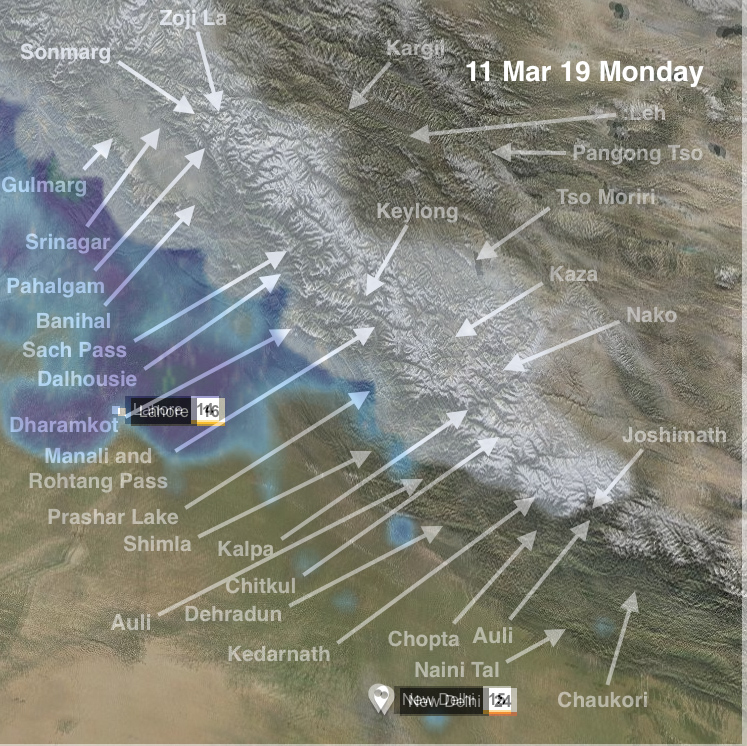 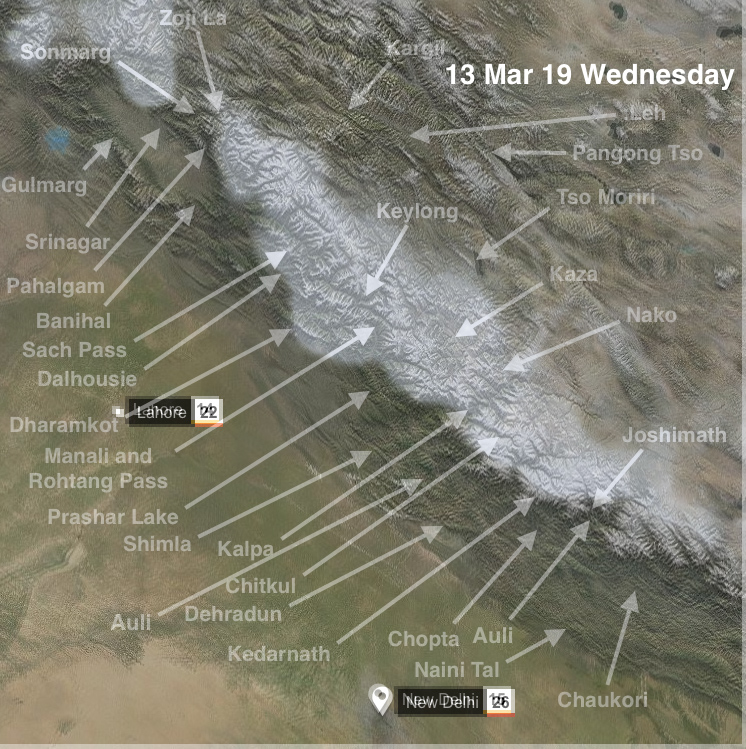 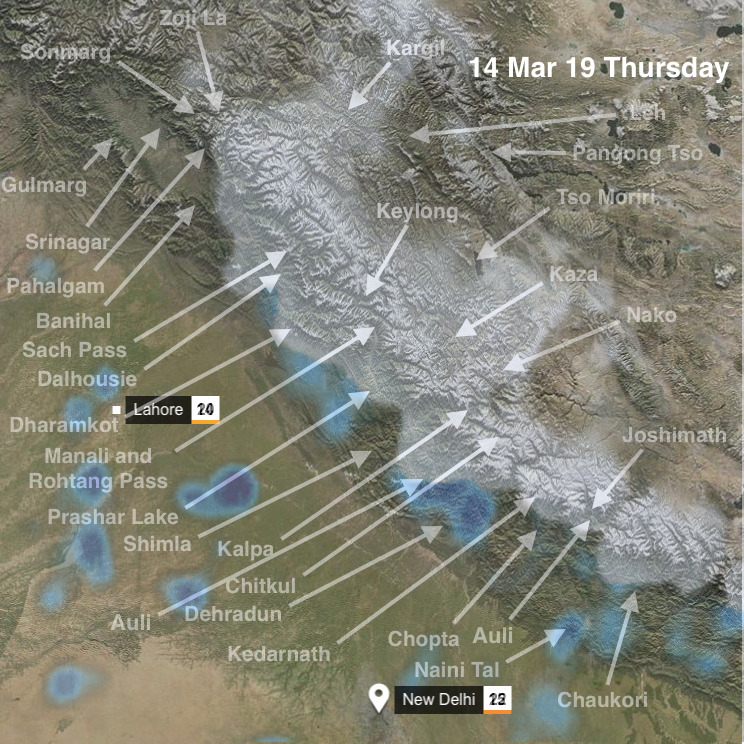 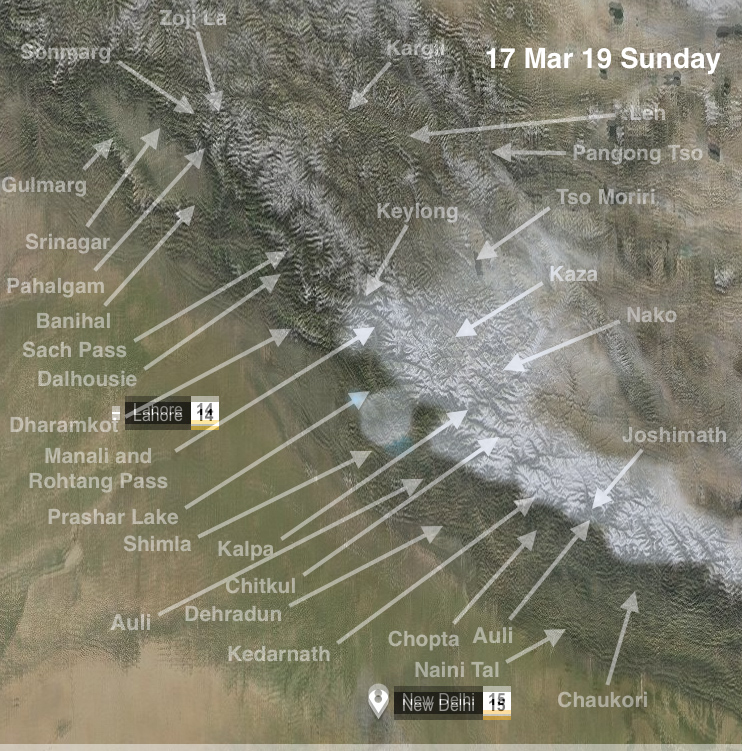 Kalpa had 5 cm of snowfall, while Manali received 3cm.

It is not a very intense WD,
and would clear up very quickly by Sunday late in the day
and then a spell of sunshine.
BUT two days behind this WD another WD is following. 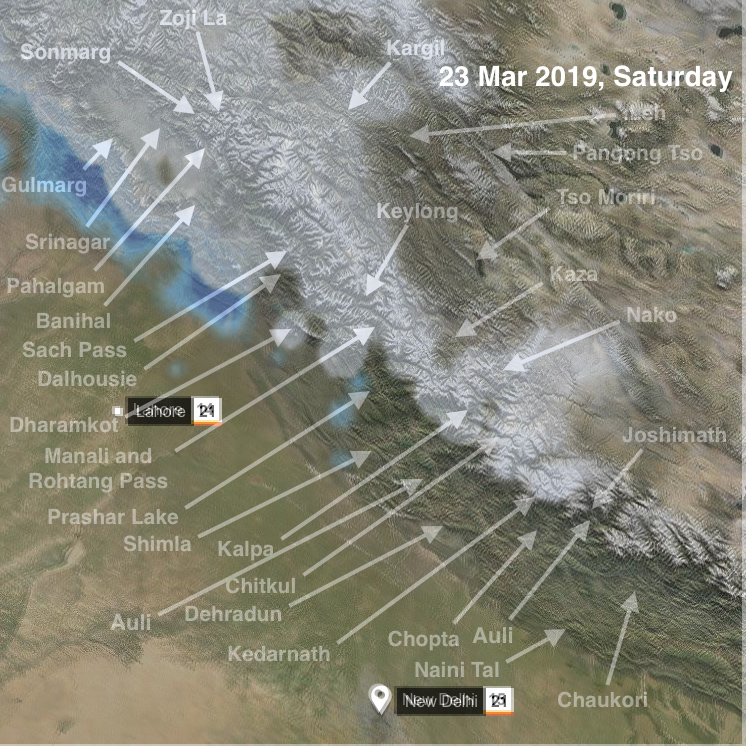 Fresh snowfall at Rohtang and Manali. This will likely hamper road clearance work for a short duration.

A news report today from Tribune says, Manali - Leh Highway is might reopen second week of April. This is something unheard of and I seriously doubt, even Rohtang Pass would reopen for tourists by second week of April. Having said that, due to elections, authorities would be under immense pressure to reopen the road ASAP. So if there is going to be any record set, it would be this year.

The snowbound Leh-Manali highway is likely to be reopened in the second week of April as the Border Roads Organisation has started clearing snow, officials said. The highway was closed to traffic on November 20 last year due to accumulation of snow.

The officials said under Project Himank, men and machinery had been put into service to clear the snow and make the 400-km road motorable.

Around 20 feet of snow has accumulated along the high-altitude road which connects Leh with Himachal Pradesh. Heavy spells of snow in the mountainous region in winter shut the highway, cutting off Leh from the rest of the country.