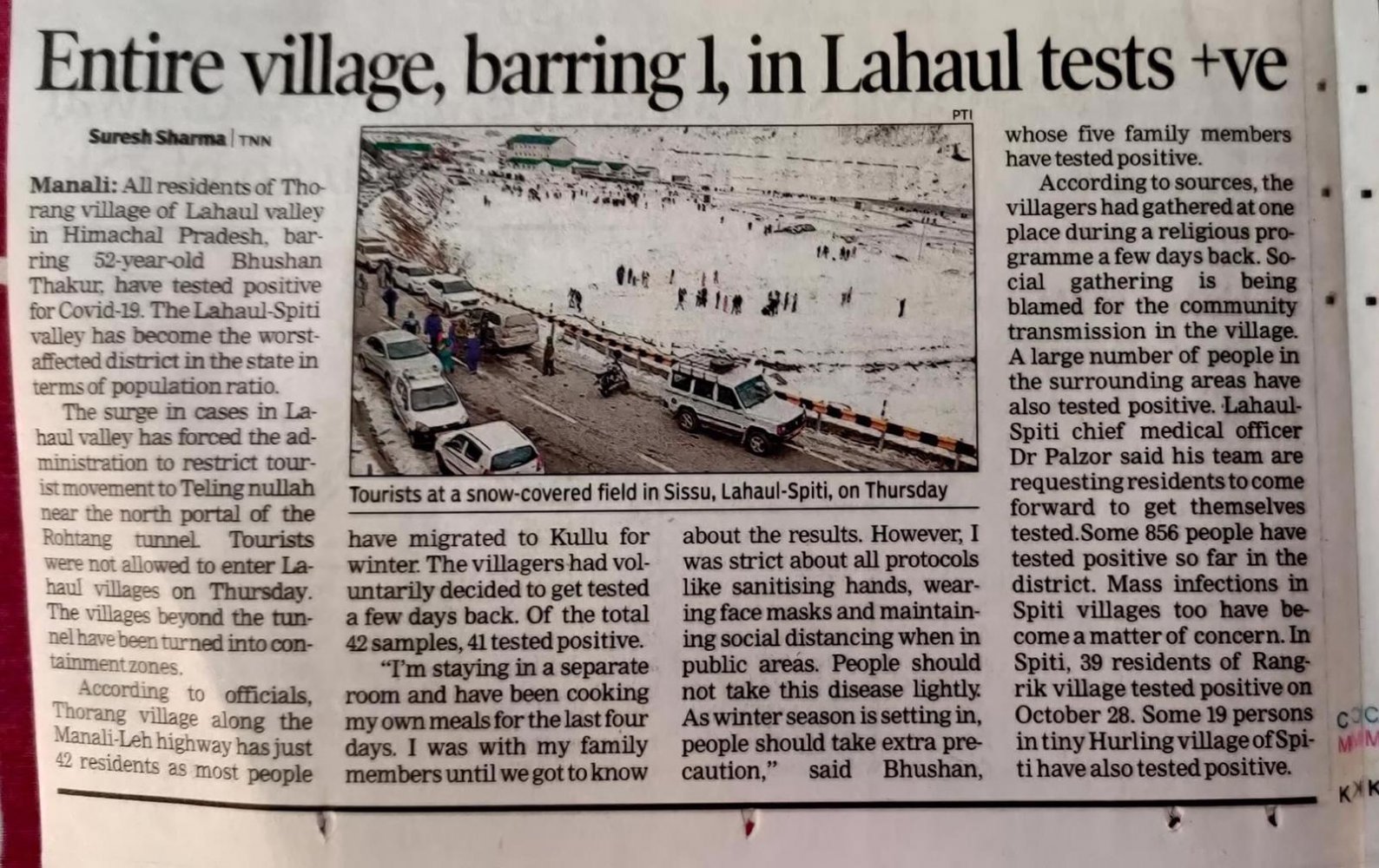 
We are on the way to Himachal Pradesh for work. Started from our home in North Delhi at 4:15 am, were cruising on main highway when just 500m short of Singhu Border, were asked to take a U turn and take Narela-Sonepat Rd.


When we reached Narela, there was a traffic jam. So, instead of trying to negotiate that jam, we planned canal road via Holambi Kalan. That was closed too, policemen were there, they told us to take Auchandi Border. So, we crossed into Haryana at 5:45 am and via Kharkhauda, Sonepat joined NH at Murthal at 6:15 am. So, it was 1 hour extra journey. From Murthal onwards, highway is all vacant.

While crossing WPE at Kharkhauda, I could see traffic moving at high speed both clockwise and anticlockwise.

Thousands of farmers protesting the Centre's new Agri laws stayed put at the Singhu and Tikri border points for the third consecutive day on Saturday amid heavy police presence. 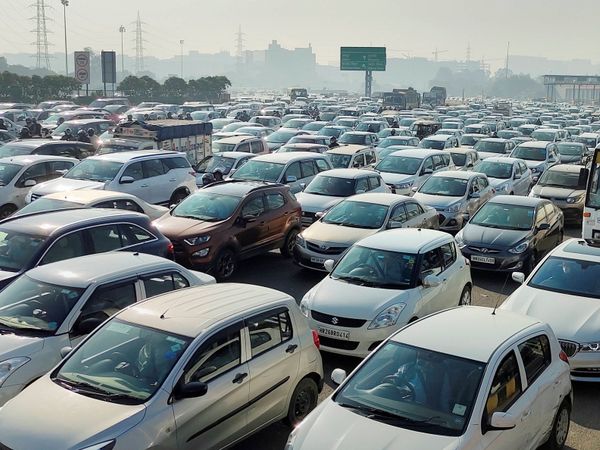 KEY HIGHLIGHTS
New Delhi: The traffic movement on the key roads in Delhi was affected on Saturday as police kept the Singhu and the Tikri borders closed for vehicles amid the farmers' protest in the national capital.
Taking to Twitter, the Delhi Traffic Police informed that traffic movement was not allowed from Azadpur and Outer Ring Road towards the Singhu border. "We appeal to commuters to avoid traveling towards the Singhu and Tikri borders, Mukarba Chowk, NH-44, GT-Karnal Road and Outer Ring Road," Joint Commissioner of Police (Traffic) Meenu Chaudhary said.
Saturday being a holiday for most office goers, the traffic situation in other parts is better than Friday, she added.
The traffic police further stated that the Tikri border is closed for any traffic movement. Available open borders to Haryana are the following - Jharoda, Dhansa, Daurala Jhatikera, Badusari, Kapashera, Rajokri NH 8, Bijwasan/Bajghera, Palam vihar, and Dundahera borders, it added.
Meanwhile, farmers of Bharati Kisan Union of Rakesh Tikait from western Uttar Pradesh broke barricades at the Delhi-Ghaziabad border. In order to prevent farmers from entering Delhi, heavy police deployment has been made at NH-24, DND, Chilla Border, Tigri border, Bahadurgarh border, Faridabad border, Kalindi Kunj border and Singhu border.


Centre invites farmers' bodies for talks on Dec 3
The Narendra Modi government has invited several Punjab farmer organisations for another round of talks in Delhi on December 3 amid the raging protests.
On Friday, hundreds of farmers entered the national capital to hold a peaceful protest at the Sant Nirankari Ground after facing teargas and water cannons and clashing with security personnel while thousands remained at border points, undecided whether to go to the demonstration site identified by police.
Farmers protesting against the Centre's three farm laws have expressed apprehension that the laws would pave a way for the dismantling of the minimum support price system, leaving them at the "mercy" of big corporates.

Where is 2021 Kaza Manali road status?

Kunzum Pass and whole Spiti has seen good snowfall in April too, every week.

New Thread of current year 2021 is at given link :

• #HeavySnowfall #HimachalPradesh #Shimla Read story here: https://tinyurl.com/53n2uvc4 Normal life was crippled as Shimla and adjoining areas received heavy snow, blocking most of the roads in the town. Upper Shimla area was cut off due to heavy snow and supply of essential commodities like bread, milk and newspaper was hit. As many as 858 roads were blocked in the state, including 260 in Shimla, 167 in Lahaul and Spiti, 133 in Chamba, 79 in Mandi, 75 in Kullu, 71 in Kinnaur, 12 in Sirmaur and seven in Solan district and 3,722 transformers and 34 water supply schemes were disrupted. The Tribune, now published from Chandigarh, started publication on February 2, 1881, in Lahore (now in Pakistan). It was started by Sardar Dyal Singh Majithia, a public-spirited philanthropist, and is run by a trust comprising five eminent persons as trustees. Subscribe for more videos: https://www.youtube.com/c/TheTribunechd Like us on Facebook: https://www.facebook.com/TheTribuneChd/ Follow us on Twitter: https://twitter.com/thetribunechd Download The Tribune App: https://goo.gl/YyBCw9
You must log in or register to reply here.
Share:
Facebook Twitter Reddit Pinterest WhatsApp Email
Top