Kullu / Mandi (Himachal Pradesh) : Cloudburst has occurred on a hill near Nihargadu shrine in Gadsa valley of district Kullu in Himachal Pradesh, causing heavy damage. Debris and water came down from the hill, which has completely destroyed the holy site. At the same time, due to heavy rains, huge water came from the hill near Aut Tunnel, due to which traffic was disrupted. There have been queues of vehicles on both sides due to traffic disruptions.
Last edited: Aug 28, 2020

Himachal Pradesh had relaxed lockdown norms for tourists and allowed a streamlined interstate movement with e-passes in efforts to revive the tourism industry. 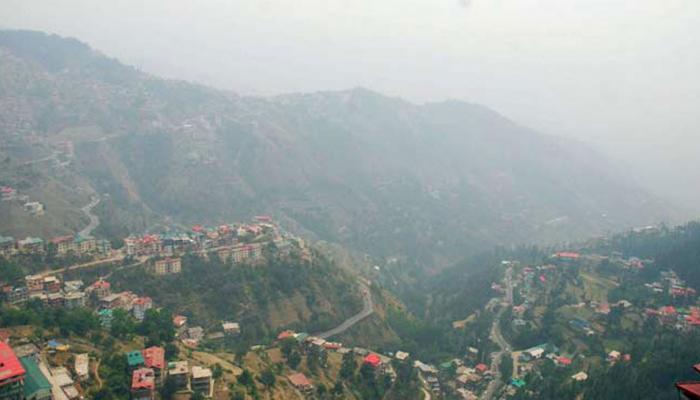 New Delhi: The Himachal Pradesh government on Tuesday allowed inter-state travel without an e-pass after shutting borders for more than five months due to the ongoing coronavirus pandemic. the state cabinet has, however, decided not to resume inter-state transport buses as of now.

Last month, Himachal Pradesh had relaxed lockdown norms for tourists and allowed a streamlined interstate movement with e-passes in efforts to revive the tourism industry, the biggest profit-making sector of the state.

The state government had permitted the entrance of tourists who bring along Covid-19 negative reports/certificates.

Notably, the Himalayan state recorded eight more deaths to the viral infection, pushing the COVID death toll to 89, while the positive count mounted to 10,060 with 143 fresh cases being reported today morning.

Of the new cases, 76 were reported from Mandi, 30 from Kangra, 12 from Sirmaur, eight from Shimla, seven from Kullu, five from Chamba, four from Bilaspur and one from Hamirpur, Special Secretary, Health, Nipun Jindal told PTI.


Meanwhile, the total number of recoveries in Himachal Pradesh has risen to 6,167, the official said, adding that at least 15 patients have migrated.

This news article mentions covid report is not required. 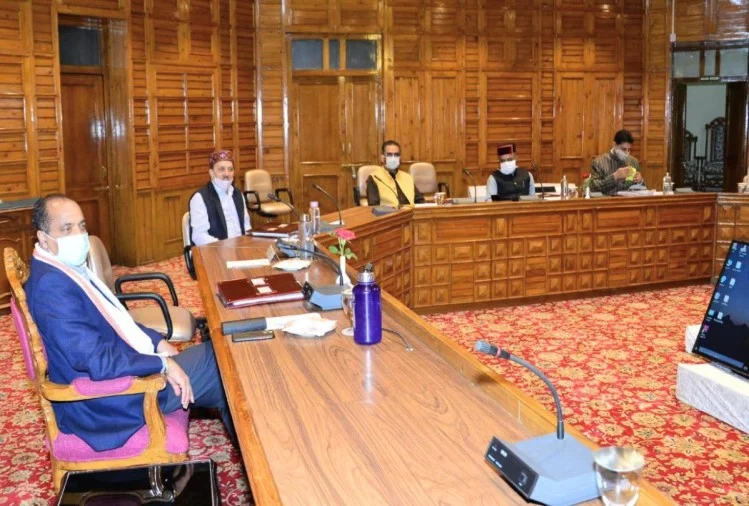 Rohtang Tunnel may open on 25 September or later in last week only of September 2020. 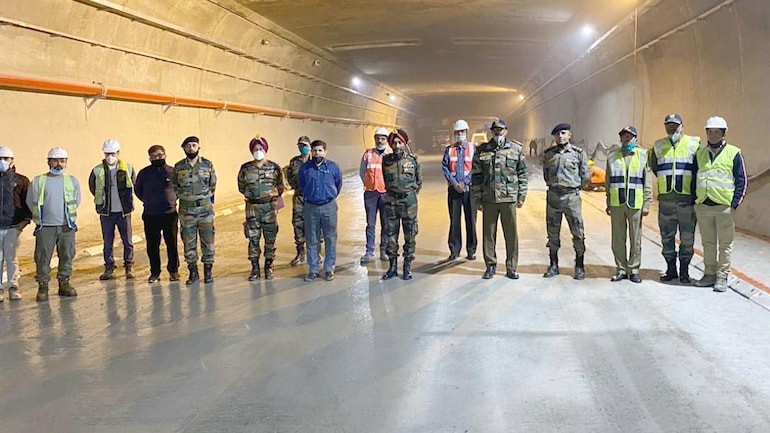 After a struggle spanning nearly a decade, an amazing example of tunnel engineering is now ready on the Manali-Leh highway. Important from a strategic and security point of view, the Atal Rohtang Tunnel carved out under the Rohtang Pass is the longest high-altitude road tunnel in the world. Scheduled to be inaugurated by Prime Minister Narendra Modi in late September, the tunnel will ensure uninterrupted, round-the-year traffic between Manali and Leh. Himachal's tribal district Lahaul-Spiti, too, will be connected with other parts of the state even during winters. The tunnel is along one of only two routes into Ladakh and will become key to resupplying the military garrison there. The other route into Ladakh is via the Zojila Pass which connects the Kashmir Valley with Drass.
As you enter the 10-metre wide, horse shoe shaped tunnel, located at 10,000 feet, you are hit by a strong gust of wind sweeping in from the treeless, snow clad mountains. There is no human habitation for miles around. It would normally take around five hours to cross the Rohtang Pass—a route marked by heavy vehicular traffic, tourists stopping for a glimpse of the snow, and military convoys headed north. The tunnel changes all that. It zips you under the pass in just 10 minutes. It shrinks the Manali-Leh road by 46 km.

Atal Rohtang tunnel
Making this 8.8 km-long tunnel was no easy task. This part of the country remains cut-off for about six months in a year because of heavy snow cover. The Atal Rohtang Tunnel will prove very important for smooth movement of goods to and from Lahaul. Four more tunnels across passes on the way to Leh have been proposed. Outlines for one such tunnel, passing through the Baralacha Pass, have been drawn and forwarded to the Centre for approval. The other two tunnels will be built at Lachung La and Tang Langla, which will be connected directly to Leh. Reflecting on the importance of the tunnel, Major General D.V.S. Rana (retd) says, “All weather roads are very important for the military.”

About the tunnel
Named for former Prime Minister Atal Bihari Vajpayee, the Atal Rohtang tunnel connects Manali in Kullu district and Himachal Pradesh’s Lahaul-Spiti district. It is 8,802-metres long and about 3,000 metres above sea level. The single tube bi-lane tunnel, 5.5 metres high, was bored through solid rock nearly two kilometres under the Rohtang Pass. The makers used a drill and blast technique for excavation, coupled with the New Austrian Tunnelling Method for construction.
Another parallel tunnel of 3.3x2.2 metres, an emergency passage of sorts, has been constructed under the Atal Rohtang tunnel with staircases at every 500 metres connecting it to the main tunnel. Three thousand cars and 1,500 trucks can pass through the Atal Tunnel at 80 km per hour.

About Lho-yul
People of both Buddhist and Hindu religions live in Lahaul. Since it lies to the south of Ladakh, it has been given the name Lho-yul, meaning the southern province in Tibetan. People also consider it as a country of passes. To Lahaul’s east is the Kunjam Pass, while Rohtang lies in the southwest, Baralacha in the north and the Saach Pass in the south, which connect Lahaul to Ladakh, Spiti, Kullu and Chamba.
In the month of June-July, people used to carry their goods on cattle and travel through these passes to the other main parts of the country. The Atal Tunnel ripping through the Rohtang Pass is significant for the people in the area who had, till 1964, not even seen a car in the region and for whom, convenient transportation was a distant dream.

Distance reduced
The need for an 'all-weather' route from Leh to Manali became important after the 1999 Kargil war. A plan to build a 4.15 km tunnel reaching the Nimu-Padam-Darcha green zone was floated. The Geological Survey of India gave the green signal for the tunnel in 2,000 with a warning that the rocks on the south portal were unstable. In 2002, former prime minister Atal Bihari Vajpayee gave orders to build the tunnel. The BRO, along with some private firms, started work on the project, with construction officially beginning on March 4, 2010.
The tunnel’s south portal area is 25 km from Manali, while the north portal is located near the Teling village in Lahaul at an altitude of 3,071 meters.

Big challenges
The tunnel project faced major challenges due to excessive snowfall. When the work picked up pace near the south portal, water from the Seri drain and the mountain silt seemed relentless, severely complicating work. Then technical arrangements were made to control silting by creating a separate route for the drainage water. About Rs 4,000 crore have been spent to build the tunnel which has extensive air management and also fire-fighting equipment fitted every 50 metres.

A peek inside the Atal Rohtang Tunnel 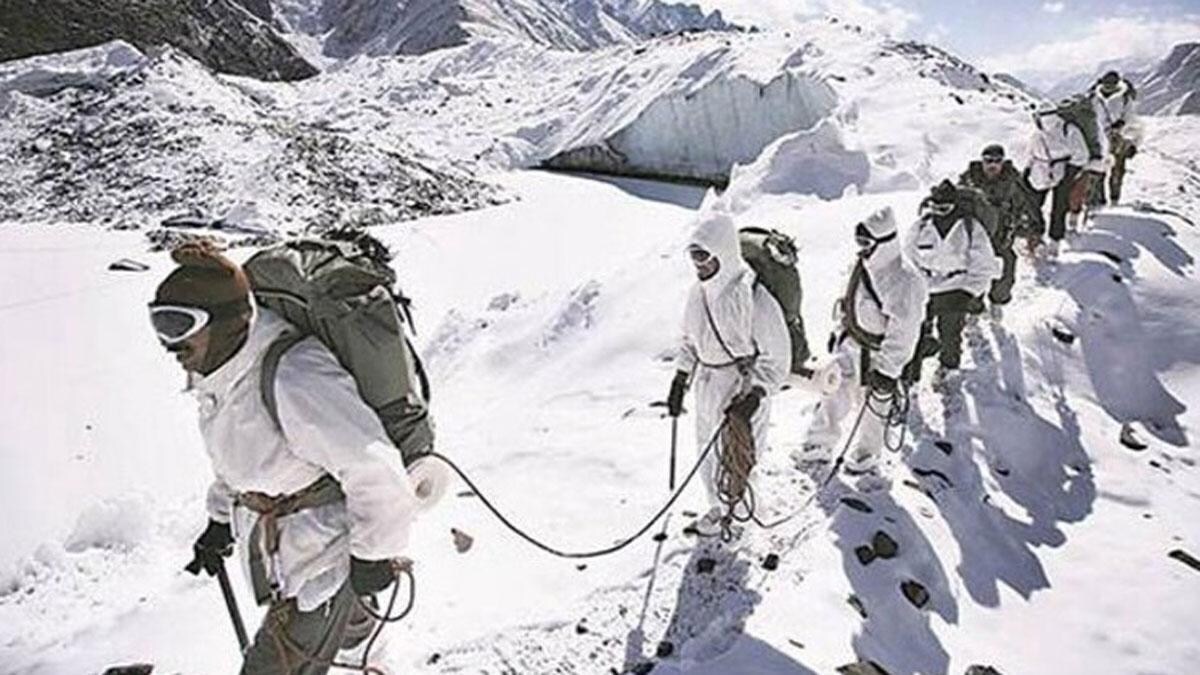 Built under the Rohtang Pass on the Leh-Manali Highway, the Atal Tunnel will provide all-weather connectivity from Himachal Pradesh to remote border areas of Ladakh. 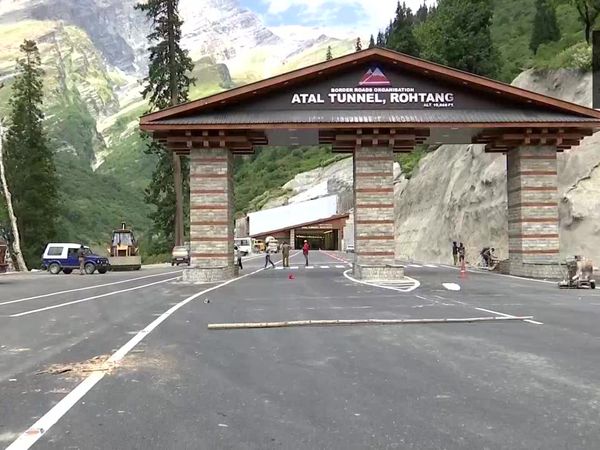 Atal Tunnel is the world’s longest highway tunnel above 10,000 feet. | Photo Credit: ANI
KEY HIGHLIGHTS
Manali: The construction of the Manali-Leh tunnel, called the Atal Tunnel, has been completed in 10 years, four years more than the original estimated time of six years. Prime Minister Narendra is likely to inaugurate the tunnel in the coming days.
"The induction and de-induction of resources was a difficult task while it was under construction. We did face a lot of challenges but together we were able to complete its construction,” chief engineer KP Purushothaman said.
Constructed by the Border Roads Organisation (BRO), India's strategic infrastructure development agency, the foundation stone for the access road to Douth Portal of the tunnel was laid on May 26, 2002. The decision to build the ambitious tunnel was taken on June 3, 2000, when Atal Bihari Vajpayee was the prime minister of India.

Below are some features of the Atal Tunnel:


Colonel Parikshit Mehra, Director, Atal Tunnel project said that many experts working within the team were of the opinion to change the alignment of the tunnel.

"We have had this dream to connect Leh and this was the first step to the connectivity ladder. This tunnel was a challenging project because we were working only from two ends. The other end was in North, across the Rohtang Pass which was accessible only for around five months in a year," he added.

#AtalTunnel #BorderRoadsOrganisation
Built under the Rohtang Pass in the eastern Pir Panjal range of the Himalayas on the Leh-Manali Highway, the Atal Tunnel will end up saving four hours of travel time. Named after the former Indian Prime Minister Atal Bihari Vajpayee, it was previously known as Rohtang Tunnel and is being built by the Border Roads Organisation (BRO).
You must log in or register to reply here.
Share:
Facebook Twitter Reddit Pinterest WhatsApp Email
Top