Rohtang Tunnel will be opened tomorrow


PM Modi inaugurated Atal Tunnel under Rohtang Pass in Himachal Pradesh. The longest highway tunnel in the world connects Manali to Lahaul-Spiti valley. Defence Minister Rajnath Singh, CDS Gen Bipin Rawat, MoS Anurag Thakur were also present at the event. PM Modi had arrived at the Chandigarh Airport on Saturday morning. After inauguration, PM Modi will address a public gathering at Sissu, Lahaul Valley. The 9.02 km long tunnel will be available for commuters throughout the year. Earlier, the valley was cut off for about six months each year amid heavy snowfall. The tunnel reduces road distance by 46 kms and time by four to five hours.

Atal Tunnel, inaugurated by PM Narendra Modi, reduces the road distance by 46km between Manali and Leh and the travel time by about four to five hours.

Prime Minister Narendra Modi said on Saturday the Atal Tunnel has not only realised Bharatiya Janata Party (BJP) leader Atal Bihari Vajpayee’s dream but has also ended the decades-long wait of the people of Himachal Pradesh. The Prime Minister made the comments after he inaugurated the 9.02km long Atal Tunnel, which will connect Manali to Lahaul-Spiti valley in the state.

The Prime Minister was accompanied by defence minister Rajnath Singh, chief of defence staff Bipin Rawat, chief minister Jairam Thakur, Union minister of state for finance and corporate affairs Anurag Singh Thakur and the Border Road Organisation’s director general Lt Gen Harpal Singh at the inauguration ceremony.
The tunnel, which the Prime Minister said will also become the lifeline for Leh-Ladakh, will remain open throughout the year as opposed to the valley being cut off for about six months every year amid heavy snowfall.
The strategically important tunnel will also strengthen the country’s border infrastructure, Modi emphasised. “Be it bridges, tunnels, or road construction, development of border infrastructure will not only benefit the common man but also help the military,” he said.

Hailing the Make in India move, Modi said big reforms have been introduced to ensure modern weapons are produced in the country.

After a long wait, the chief of defence staff is now part of our system. According to the requirements of the Indian Army, better coordination has been established in both procurement and production, the Modi added.
The Prime Minister also informed that work on another bridge Kosi Mahasetu, the foundation of which was laid by Vajpayee in Bihar, has been expedited since 2014 as the Modi government came into power.
The Rs 3300 crore-Atal Tunnel, named after former prime minister, reduces the road distance by 46km between Manali and Leh and the travel time by about four to five hours. The tunnel has been built with ultra-modern specifications in the Pir Panjal Range of the Himalayas at an altitude of 3,000 metres from the mean sea level.

The single tube double lane tunnel with a roadway of 8 metres and an overhead clearance of 5.525 metres is horse-shoe shaped and has been designed for a traffic density of 3,000 cars per day and 1,500 trucks per day with a maximum speed of 80 km/hr, according to a statement by the Prime Minister’s Office.
Jairam Thakur said on Friday that around 200 people were expected to attend the event in Manali. The PMO said Modi will participate in public functions at Sissu in Lahaul Spiti and at Solang Valley after attending the inauguration function at South Portal, Manali.
Rajnath Singh had on Friday inspected the Atal Tunnel along with chief minister Thakur and Thakur.

Q-
Is there anything special to see in keylong, HP.. i was think to make a trip manali+keylong on 15 Nov around.. since atal tunnel is open, so roads must be open...

Better to first check with a local to find out if any local homestays/hotels are accepting tourists. I just came back from a trip of Manali/Parashar Lake tonight. I crossed the Atal tunnel into Lahaul on Sunday and went till Sissou. There I inquired if any homestay/hotel was open. I was told no one is entertaining any tourists, unless you know someone local who can vouch for you. Then I went to Tandi/Keylong, same story - just for information, it has started to get very cold in Lahaul, I was freezing in my riding jacket, although I only had a t-shirt under it could also be a reason! But I saw people around wearin sweaters, caps and down jackets, so it must be cold. I was freezing even at 10:30 am, when the sun was fully out. I had planned to stay at Jispa for the night but considering the attitude of locals, decided to return right away via Rohtang, which still had considerable tourist traffic for October, and went to Prashar Lake instead.


A2-
very rightly said. in this extraordinary time, at remote places, people wont be that welcoming due to covid thing. So if you know anyone local guy , then its good . Otherwise things will be tough

A1-
Another just for information piece, more applicable to those on 2 wheels is that the condition of the NH highway between Pandoh and Mandi is quite deplorable. I personally don't enjoy getting bathed in dust and riding on gravel for tens of kilometers. If any rider wants to avoid this stretch, please consider the alternate route from Mandi - Bajaura (kullu). This route though a little longer, is much more scenic and a bikers delight because of the beautiful twists and turns. Kullu to Manali Road is good, for now. Shambhu barrier to Swarghat is also not too bad. Swarghat parch, as everyone knows, is in the works from last many many years, god know when will it finish. Beyond Swarghat till Mandi is also good. After Mandi till kullu is hell, but that's my personal opinion.
Those who travel on 4 wheels may want to ignore this.

IIT Kullu is on the Mandi-Bajaura road, if anyone needs a landmark.

it's the same road which goes till Bajaura in Kullu 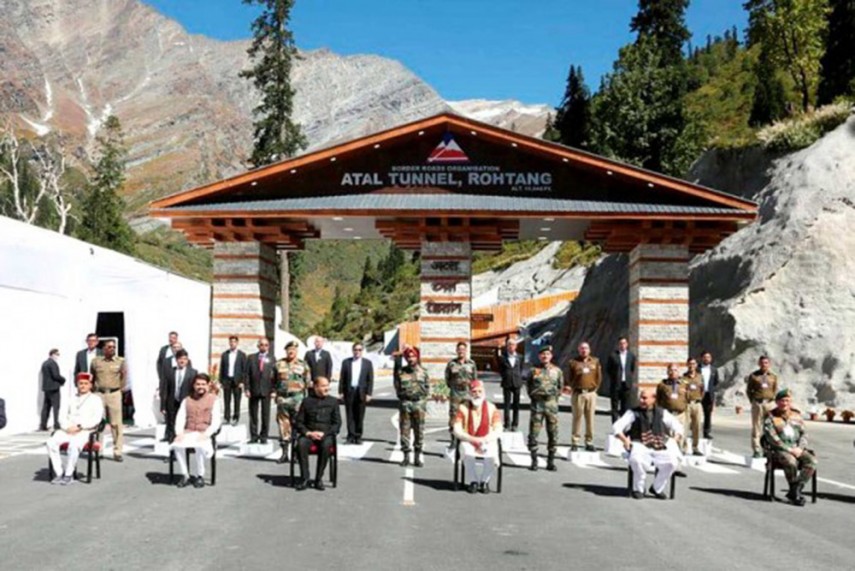 Barely 72 hours after Prime Minister Narendra Modi inaugurated the world's longest highway tunnel—Atal Rohtang Tunnel in Himachal, the Border Roads Organisation (BRO) and district authorities are facing new concerns. Hundreds of tourists and motorists have taken to over-speeding and racing in the newly opened tunnel, which has already resulted in three accidents.


"Three accidents were reported in a single day after the tunnel was inaugurated by the Prime Minister on October 3. The accidents were recorded by the CCTV cameras installed inside the tunnel. Showing a complete disregard for traffic rules, tourists and motorists have been clicking selfies while riding,” said Brigadier K.P. Purushothaman , BRO Chief Engineer, Atal Tunnel adding that no one is allowed to station their vehicle anywhere in the middle of the tunnel.


Purushothaman has claimed that he requested for police deployment in the tunnel. “Once the inaugural function finished, there has been scant deployment of traffic police personnel, resulting in complete chaos and rash driving by tourists from Punjab, Haryana and Chandigarh,” said Brigadier K.P. Purushothaman.


Speaking to Outlook, Kullu SP Gaurav Singh said the police have taken steps to curb reckless driving and over-speeding in the tunnel. " We have installed doppler radar inside the tunnel, which will detect over-speeding. Those violating the prescribed speed limit (40km to 80 km) will be issued a challan,” said Singh


Meanwhile, the BRO has imposed a complete ban on movement of vehicles carrying inflammable items like diesel, petrol, LPG and kerosene oil for the next two months. The tunnel will also remain closed for two hours everyday, between 9 am to 10 am and 4 pm to 5 pm for carrying out maintenance activities.


The 9.02 km long tunnel, that reduces a distance of 46 km between Manali and Keylong in Lahaul Spiti, was former Prime Minister Atal Bihari Vajpayee’s dream project. The foundation stone for the project was laid by UPA chairperson Sonia Gandhi in 2010 when the BJP government headed by Prem Kumar Dhumal was in power in the state. 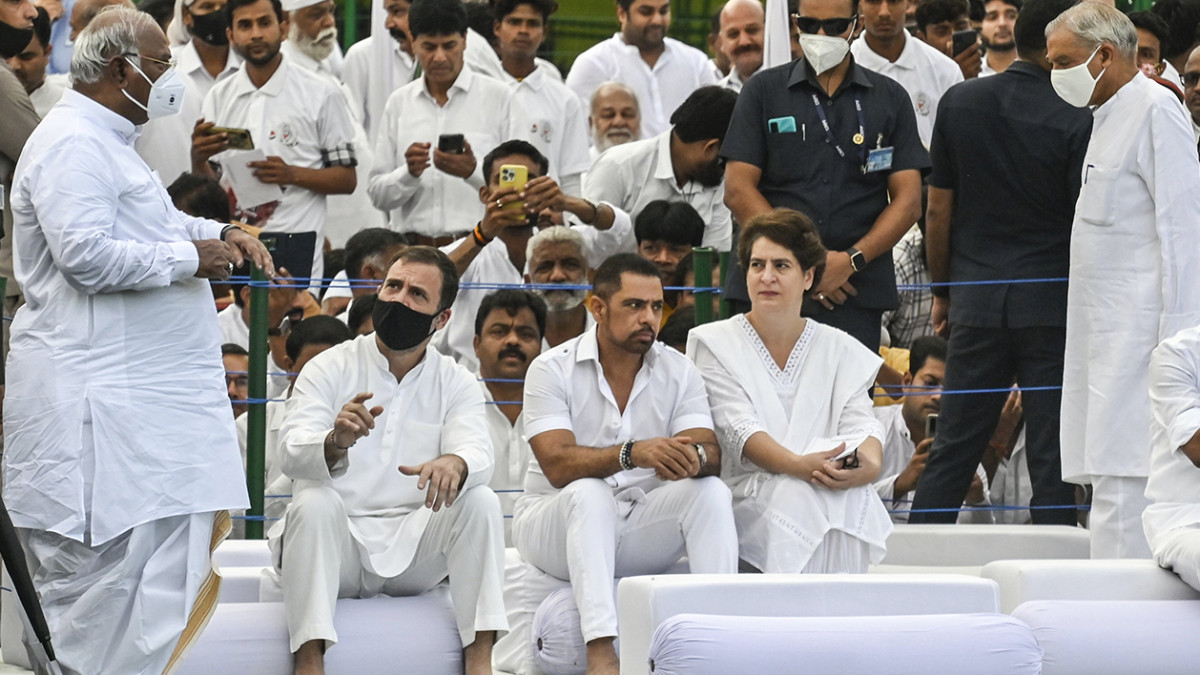 Why The Gandhis Forgave Rajiv Gandhi's Killers But Congress Can't

Rajiv Gandhi was not just a father to Rahul and Priyanka Gandhi or husband to Sonia Gandhi. He was the Prime Minister of the nation, a man loved and revered by thousands at the time he was killed. When he died, thousands mourned with the Gandhis. So does the Gandhi family have the right to...

Rohtang Tunnel / Atal Tunnel has Camera setup !
If you violate a line, you will be challaned automatically ! 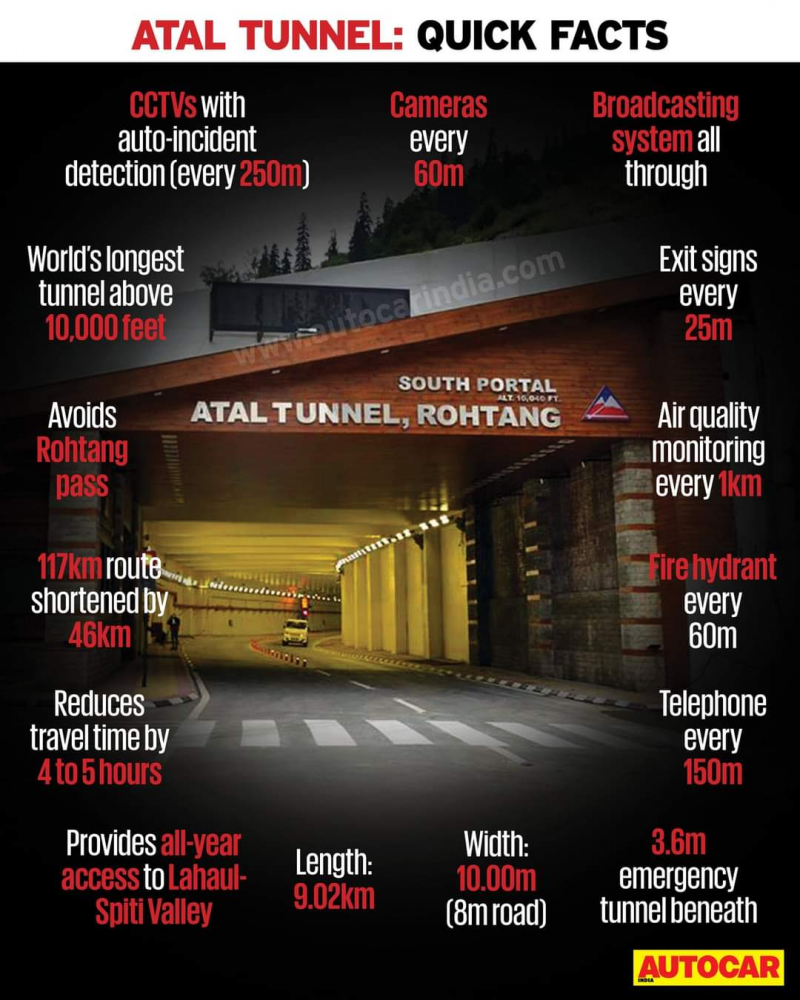 Photography not allowed in Rohtang / Atal Tunnnel near 200 meters.

The Atal Tunnel which has been constructed beneath the majestic Rohtang Pass witnessed three accidents a day after it was inaugurated on October 3. 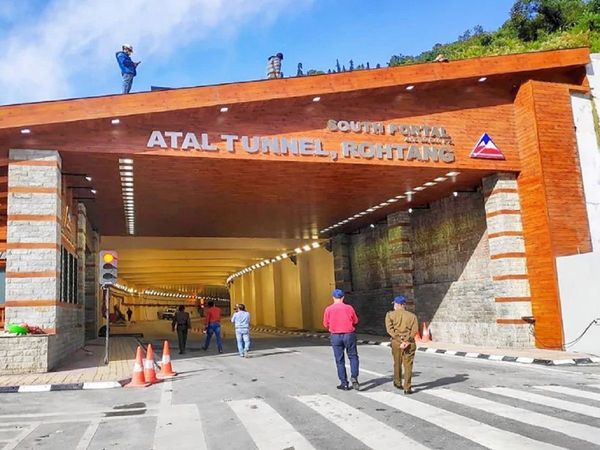 Shimla:
Taking note of accidents at strategically important all-weather Atal Tunnel, Kullu District Magistrate Dr Richa Verma has issued traffic regulations in regards to the world's longest motorable tunnel in Himachal Pradesh. Prime Minister Narendra Modi inaugurated the tunnel on October 3.
A day after the 9.02-km long horseshoe-shaped Atal Tunnel was inaugurated, three accidents were reported on October 4 due to 'reckless driving'.
Justifying the decision to impose traffic regulations for Atal Tunnel, the Kullu DM in the order stated: “Whereas, the Atal Tunnel, Rohtang becomes one of the major attraction for tourists and local people since its inauguration on October 3, 2020 and a large number of public gathering and some incidents of nuisance viz. over speeding, unnecessary stoppage, outrageous driving etc. was brought in the notice of undersigned which needs immediate action for public safety.”
According to the order, unnecessary stoppage, over speeding (more than the speed limit mentioned in signboards), rash driving, wrong overtaking etc. inside the tunnel shall be strictly prohibited and strict action will be taken against the people flouting rules under new Motor Vehicle Act, 2019 for any violation. 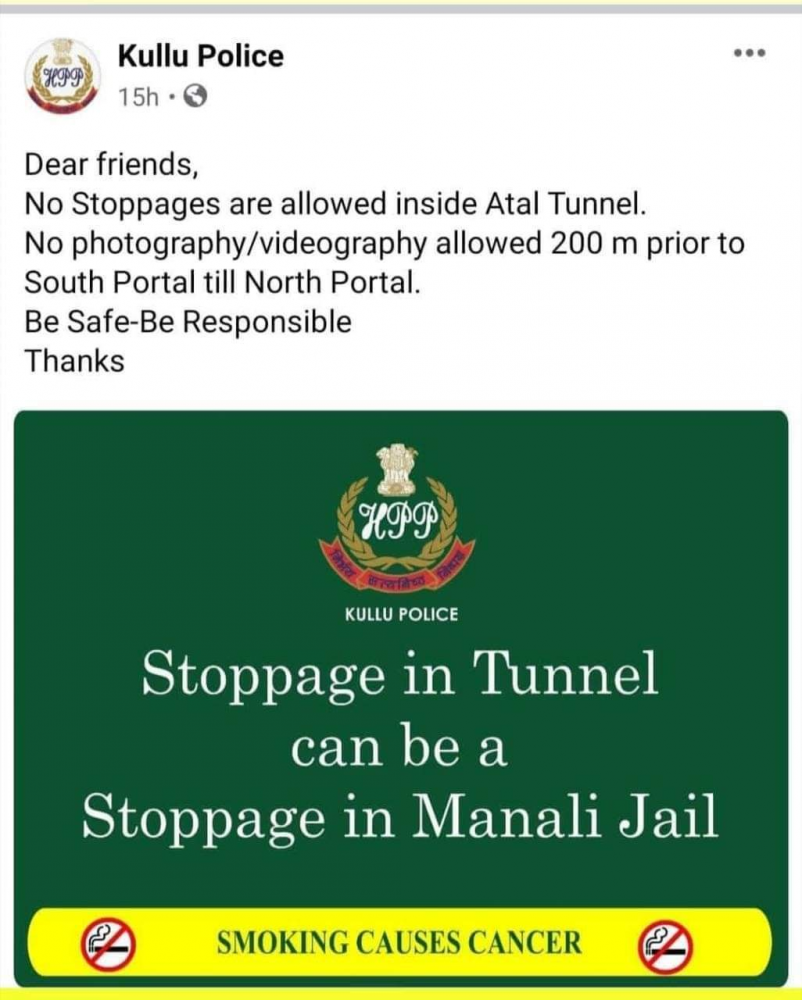