Farmer Agitation is going on inPunjab.
Bu they are not blocking any Roads.
Keep eye on news.

Farmers divided as Centre, Punjab invite them for talks
In a fresh proposal, Centre on Sunday invited protesting farmers to hold talks

With both the Central and Punjab governments inviting protesting farmers for talks, the first chinks in the unity of kisan unions have begun to show. 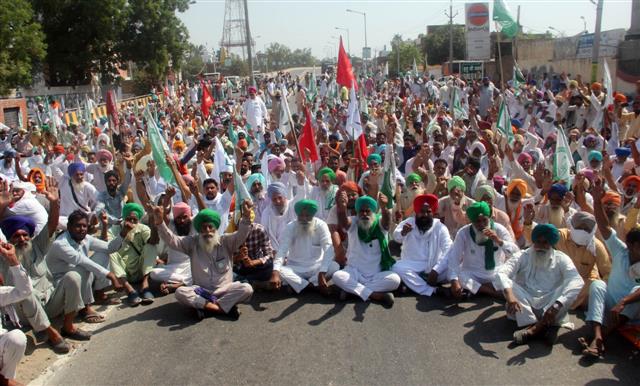 
The largest kisan Union—Bhartiya Kisan Union (Ekta Ugrahan) is in no mood to relent on the farm laws enacted by the Centre and remain steadfast in their stand that the laws be repealed. They say they will not be going in for talks with the Centre. The other Unions are, however, are yet to decide on whether they want to go in for the meeting with the Centre, scheduled for October 14.
A meeting of the farmer unions has been convened here on Tuesday morning to decide the next course of action, though BKU (Ekta Ugrahan) says it is not part of this meet. Joginder Singh Ugrahan, president of the largest kisan union, told The Tribune that their protest was on at 51 places, and would continue till the time the laws were revoked. “Our union is not going for the meet. We have our own protest programme charted out,” he said.

Last week, another kisan Union, BKU (Lakhowal), had been asked to stay out from the joint protest, after they approached the Supreme Court against the agriculture laws, without taking other protesting unions into confidence.
The consortium of farmers’ unions (other than Ugrahan and Lakhowal factions) have also been taking legal advice on whether a constitutional guarantee for minimum support price (MSP) would act as protection against corporatisation, as intended in the new laws passed by Parliament last month, confirmed Jagmohan Singh, general secretary of BKU (Dakaunda).
He said a middle path would have to be found, but one where there is a complete guarantee on protesting for the economic and other interests of farmers.

The Centre, through its Secretary, Agriculture, Sanjay Agarwal, had invited farmers for talks last week. The proposal was rejected by farmers’ unions. In a fresh invite for talks, sent on Sunday, the Centre has said, “...the Indian Government is serious about agriculture, this is the reason they want to talk to you....”
Darshal Pal of Krantikari Kisan Union, however, said they were to take a final call on going for the meeting with the Centre on Tuesday. “We had rejected the first offer because we wanted to talk only to the Prime Minister or a group of ministers deputed by him. We are still not sure who will be talking to us,” he said.


Punjab govt proposal to farmers
On Sunday, the Punjab government had sought a meeting with the protesting farmers, who have occupied rail tracks at more than 200 places in Punjab. A three-member committee of the government wanted to discuss the further course of action with the protesting farmers, who have so far not given any consent to the meeting. “We might meet the Punjab government delegation of three ministers (Tript Rajinder Singh Bajwa, Sukhbinder Sarkaria and Sukhjinder Randhawa) after we decide our next course of action on Tuesday,” said Jagmohan Singh. BKU (Ekta Ugrahan) president Joginder Singh said they had not been invited for the talks.


Farmers divided as Centre, Punjab invite them for talks

No vehicular movement shall be allowed on Jammu-Srinagar national highway from Jammu towards Srinagar & vice-versa due to sudden damage of bridge at Kela Morh, Ramban. There is no optional carriageway available: Jammu & Kashmir Traffic Police 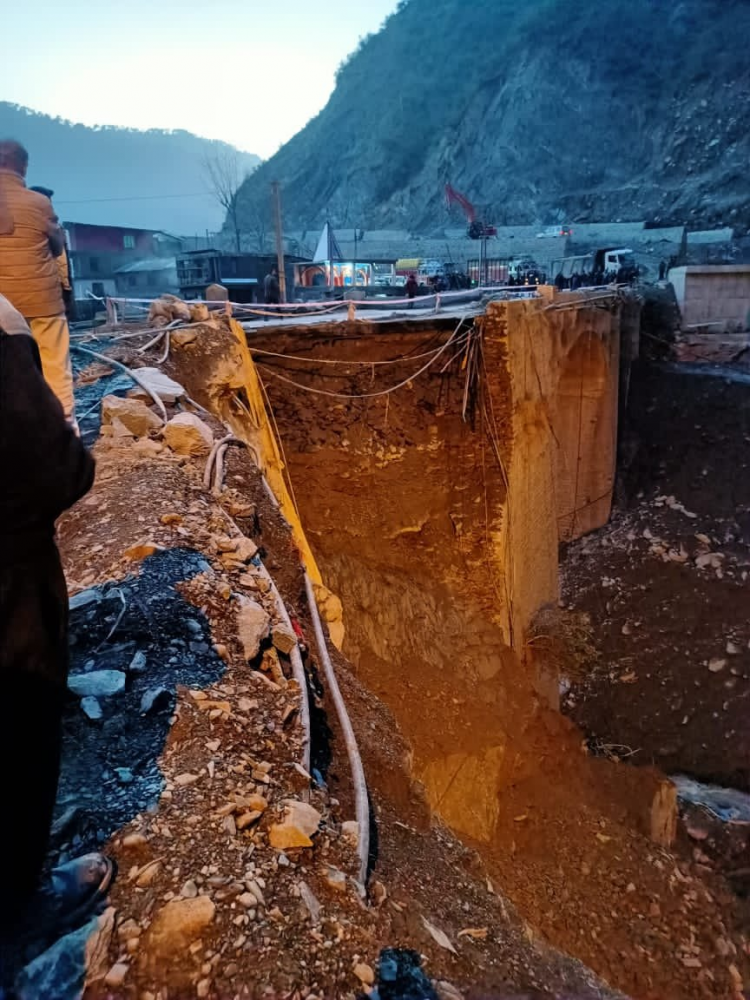 Srinagar, Jan 12 : Authorities today said that it will take 10 days to fix the retaining wall of a bridge on Srinagar-Jammu National Highway to make it motorable.

According to the officials, "Jammu-Srinagar NHW shall remain closed due to sudden collapse of retaining wall of a bridge near Kela Morh, Ramban on 10.01.2021 at 6:20 pm. Repairing by concrete filling and settling of the concrete for making it motorable may take approximately 10 days as per P.D NHAI (Road construction and maintaining Agency).In the interim, to restore connectivity a Bailey bridge is being launched by BRO. However, Jammu-Doda-Kishtwar, Jammu-Ramban, Gool Sangaldan, Magerkot- Banihal, and Banihal-Qazigund stretches are through for local traffic. People are requested to take their journey accordingly," it said according to KNS correspondent.
The retaining wall of a Bridge near Kela Morh collapsed in Ramban on 10th of January leaving the highway shut for traffic.
"Earlier also highway remained shut for many days due to snowfall leaving to the shortage of essentials in J&K," an official added (KNS).

IndiGo to launch flight services between Delhi, Leh on February 22
Leh will be the 63rd domestic destination for IndiGo. The bookings for the daily Delhi-Leh flights have already begun, the airline said in a press release. 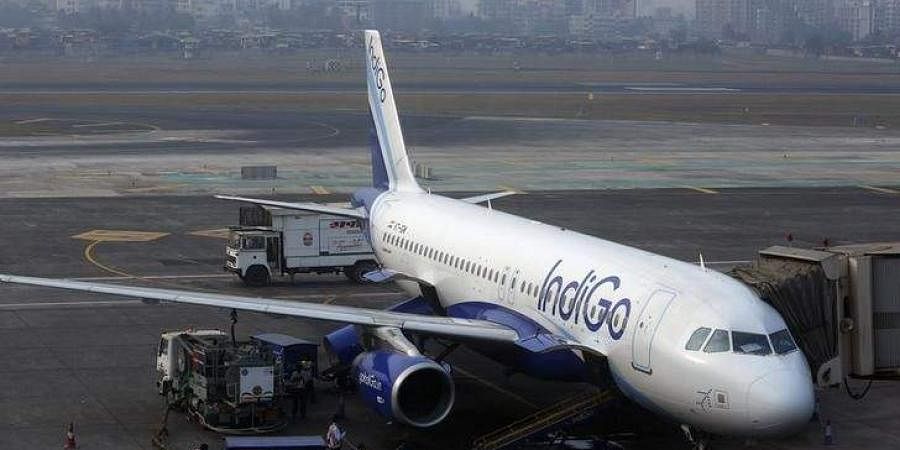 File Image of an Indigo Aircraft for representational purposes. (Photo | Reuters)
By PTI

NEW DELHI: IndiGo will launch flight services between Delhi and Leh on February 22, the private carrier announced on Saturday.
Leh will be the 63rd domestic destination for IndiGo. The bookings for the daily Delhi-Leh flights have already begun, the airline said in a press release.
"Leh, the capital of Ladakh, is known for its magnificent landscapes, crystal clear skies, adventure activities, Buddhist monasteries and festivals. The destination attracts tourists from April to September," it noted.
Chief strategy and revenue officer of the airline Sanjay Kumar said, "We are working towards enhancing regional connectivity, which will not only increase access but also promote domestic trade and tourism in the country."

Any update on srinagar let road. Heard it got open on Feb this time. Not sure for civilians though

But recent snowfall can close it again for sometime.
28 & 29 March 2021,
both dates have heavy snowfall predictions.

On 3 April 2021, Route from Udhampur to Srinagar was closed for 3-4 days due to a landslide near Udhampur.
Lots of Trucks are waiting to move on this route from both sides.
But snowfall and rain in coming days may close this route for next 4-5 days easily.
S

adsatinder said:
On 3 April 2021, Route from Udhampur to Srinagar was closed for 3-4 days due to a landslide near Udhampur.
Lots of Trucks are waiting to move on this route from both sides.
But snowfall and rain in coming days may close this route for next 4-5 days easily.
Click to expand...

Thanks,
I am leaving on Saturday. lets see what traffic we find there.

Any idea about hotels in Ramban

shashant said:
Thanks,
I am leaving on Saturday. lets see what traffic we find there.

Any idea about hotels in Ramban
Click to expand...

Many hotels are on highway.
Stay where ever you like.
Decide on the spot on arrival.

All Wednesdays in April & May 2021 are Maintenance Day on NH44 Jammu Udhampur to Srinagar Highway.

This highway is in a very bad shape. All the way from Udhampur to Qazigund.
And massive jams between Ramban and Banihal.