A 2400 km Road Trip In The Heart Of Incredible India, Madhya Pradesh

It was 15 March 2020 in Khajuraho, we woke up at 7.30 AM and got ready by 9 AM and checked out of the Surya Hotel. After putting our luggage in the car, we did breakfast at the Guru Kripa Bhojnalay just adjacent to our hotel. We ordered some paratha's and tea, the quality of the food was really good and the price was reasonable. We straightaway went to Western Group Of Temples which was 100 Meters from hotel. The entry changes are Rs 40 for Indian and Rs 600 for foreigners. The Guide charges are anywhere between Rs 500 to 1500 depending on your bargaining skills

. We paid Guide charge was 700. The temple complex had very less tourist as foreigner tourist's were not allowed in India after 13 March 2020, as most of the tourist who visit are foreigners, after Taj Mahal the most visited monument in India by foreigner tourist's are Khajuraho Temple's.

The Khajuraho Group of Monuments has been listed as a UNESCO World Heritage Site. Most Khajuraho temples were built between 950 AD and 1050 AD by the Chandela dynasty. The Khajuraho group of temples are dedicated to two religions, Hinduism and Jainism. There are 3 major temple groups in khajuraho, Western Group, Eastern Group and Southern Group of temples. The most famous is Western Group Of Temples which has Lakshmana
Temple and Kandariya Mahadeva (the largest temple) are a must see.

It was 12.30 PM now and we were feeling hungry, So we did Lunch at a Restaurant just opposite to Western Group Of Temples Raja Cafe. Raja Cafe is famous Restaurant in Khajuraho. The ambience and food both were really good, this place had some vibe to it and I will highly recommend this Restaurant to every traveller visiting Khajuraho.

After lunch we left for Raneh Falls.

Get the real feel of Khajuraho Temples, Darshan of Matangeshwar Mahadev Temple & The ambience of Raja Cafe in my Vlog.

Good going, pls put some pictures also in the updates, apart from the video links.

# Madhya Pradesh EcoTourism Development Board maintains cottages near Raneh Falls which is good option for accommodation. The cottages are inside Ken Ghariyal Sanctuary The link for booking is
https://ecotourism.mponline.gov.in/destinations/explore/raneh-falls 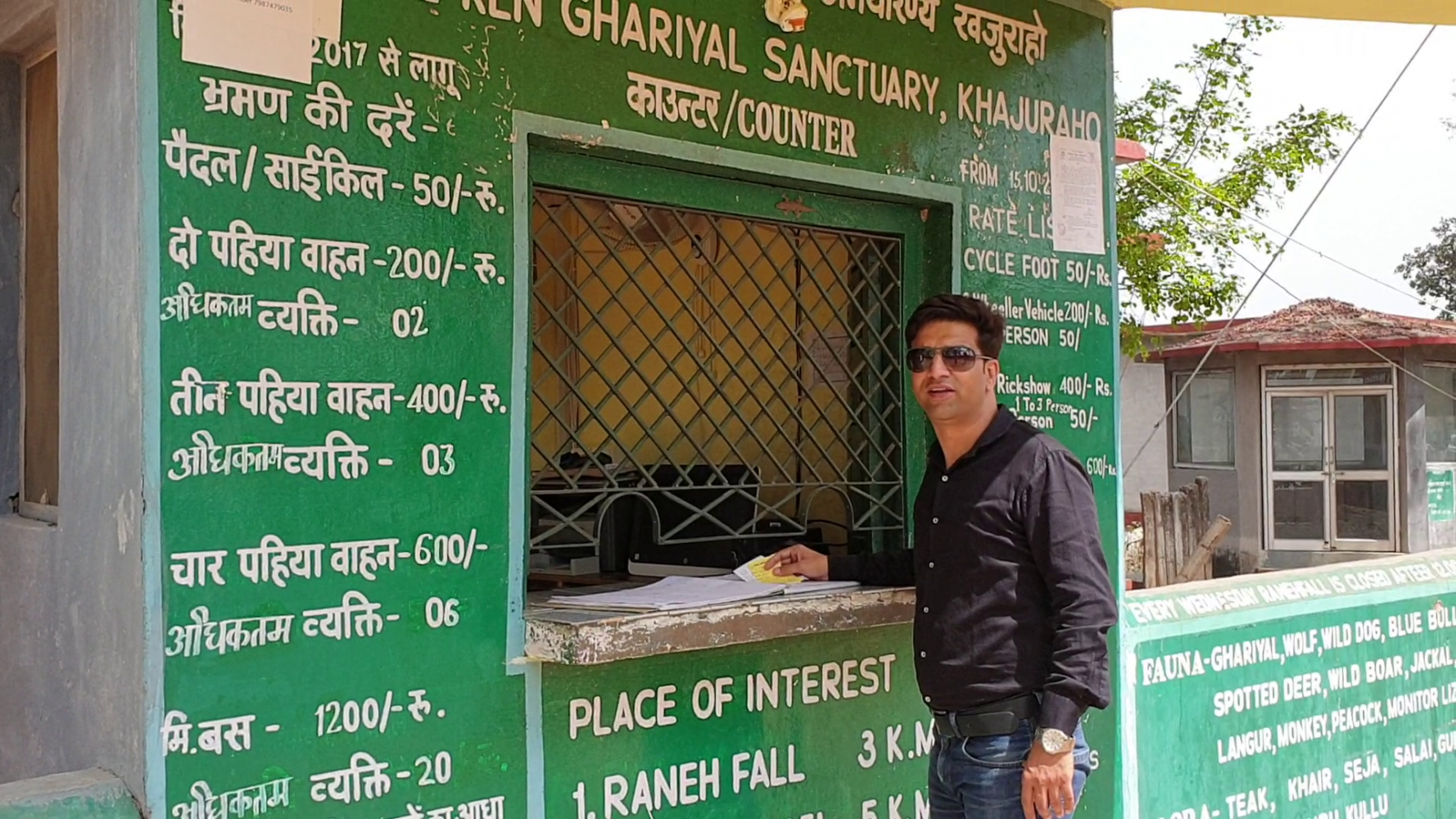 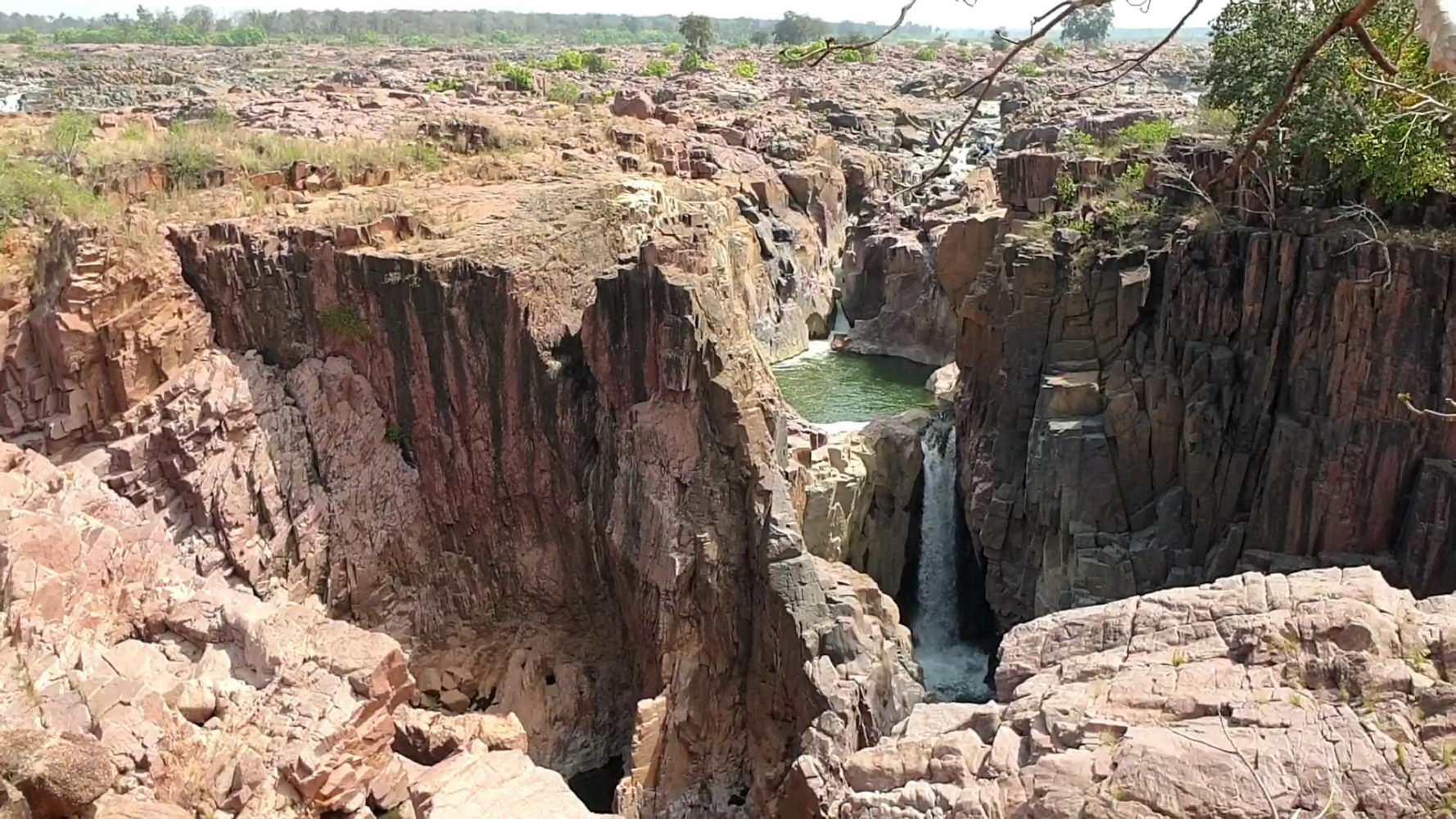 Ken River- The Ken River run's through a canyon, So it is often called as The Grand Canyon Of India. 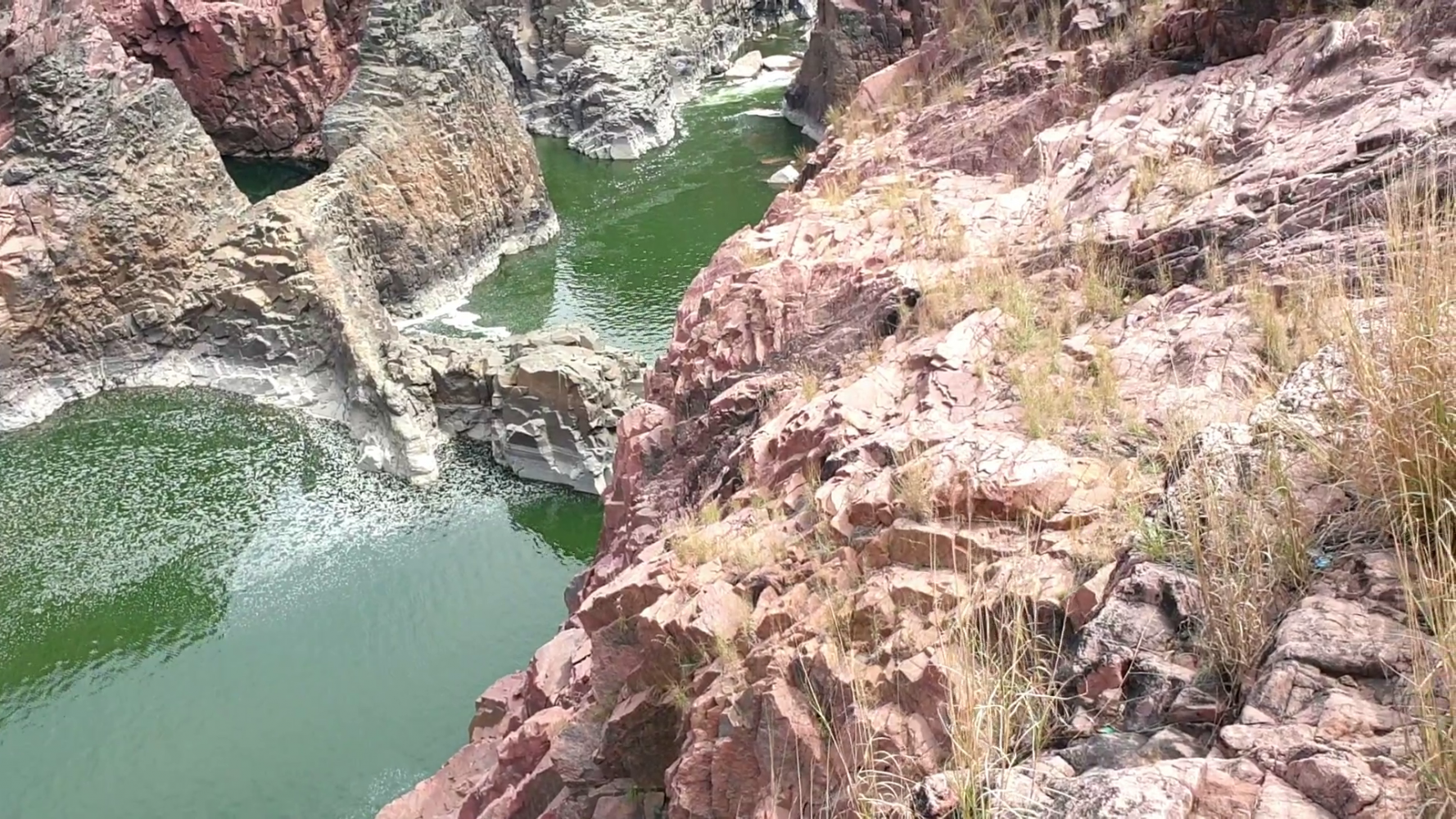 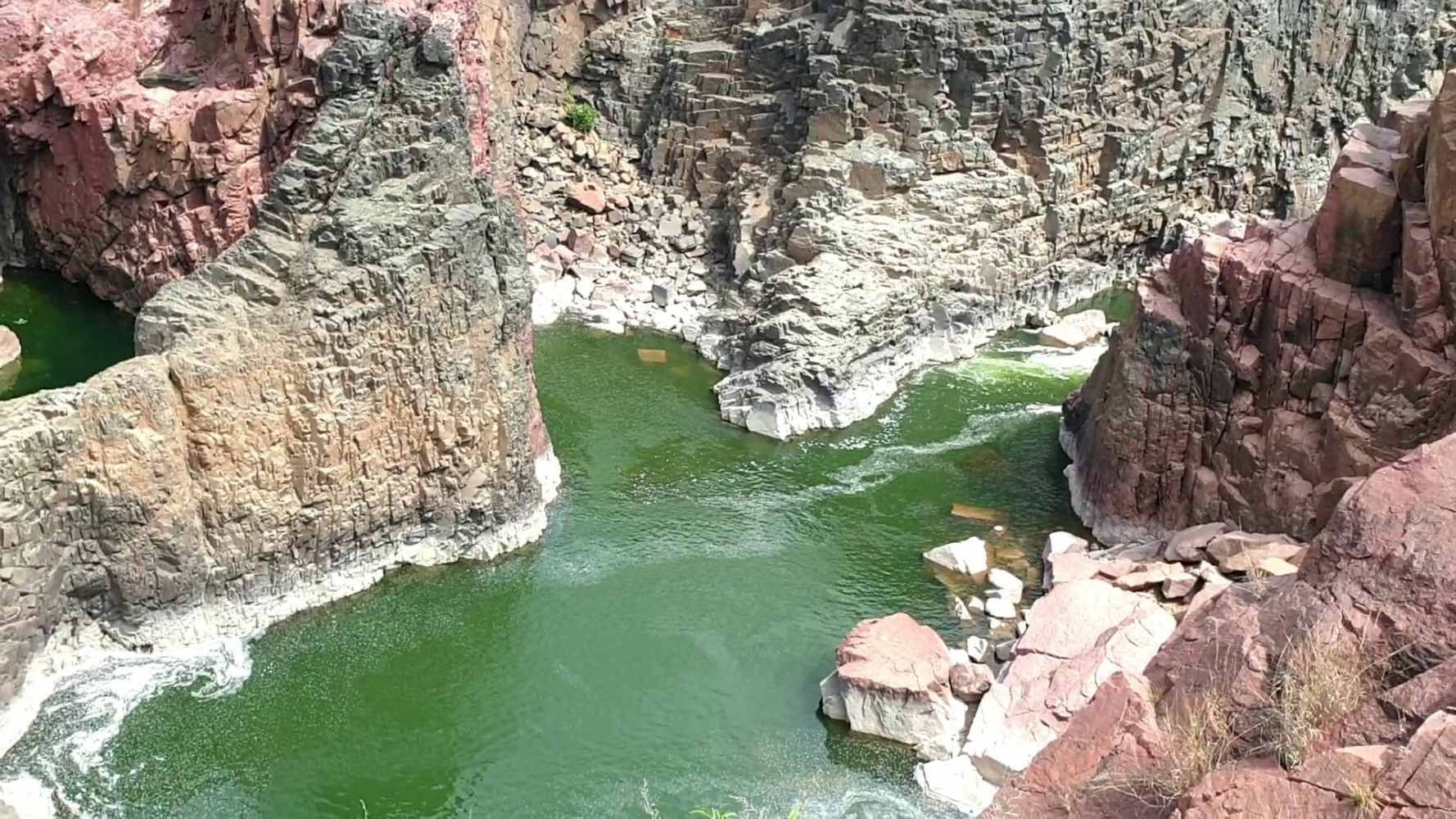 After exploring the Raneh Falls for 2 hours We Went back to Khajuraho. We checked into our Resort Mint Bundela. After checkin we rested in our room for some time, then in the evening we spent some time on the pool side of the Resort which was really nice. 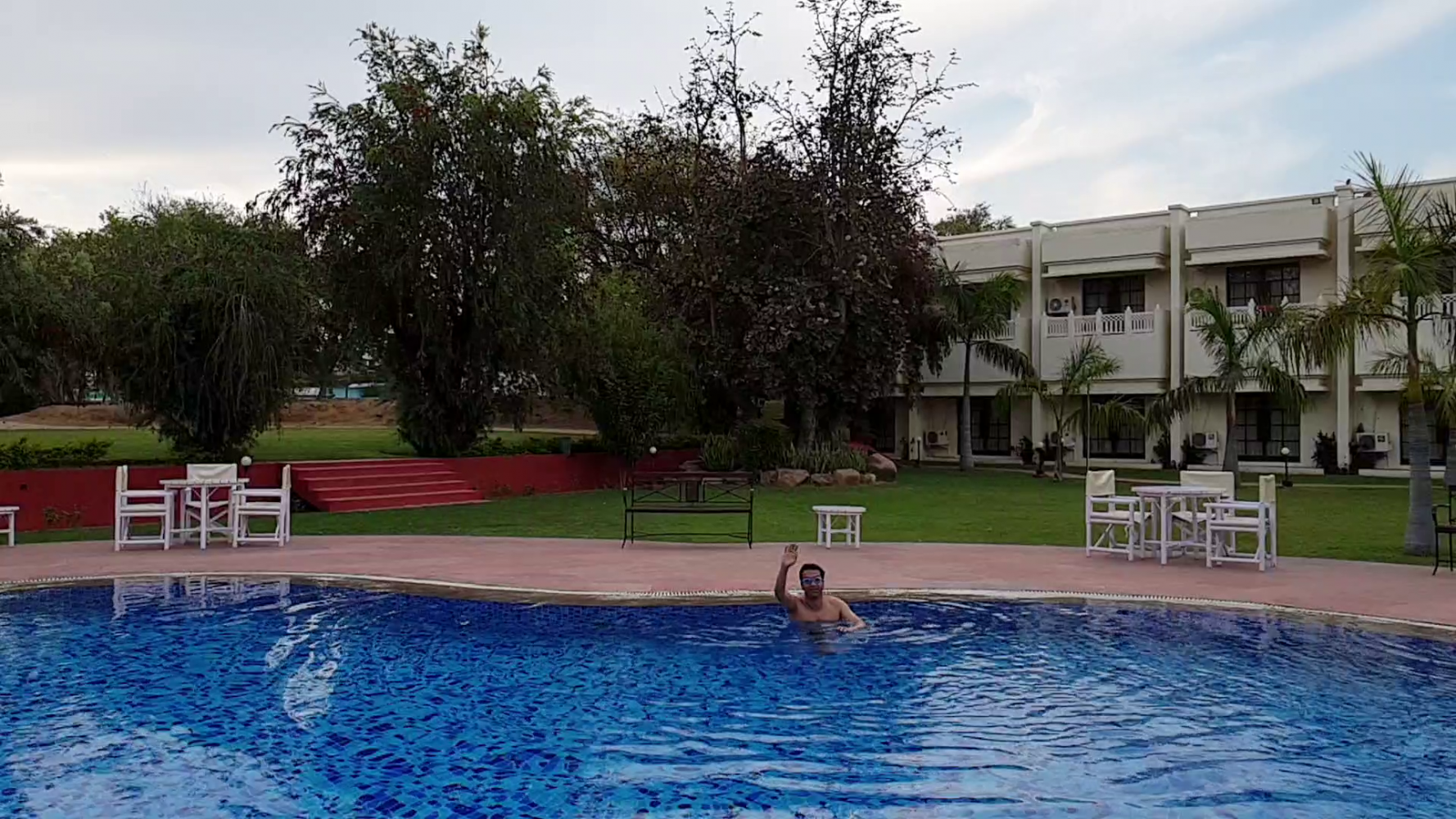 We went for the dinner at 8 Pm to Raja Cafe. The ambience and the food quality both were good. A must visit restaurant in Khajuraho just opposite Western Group Of Temples. 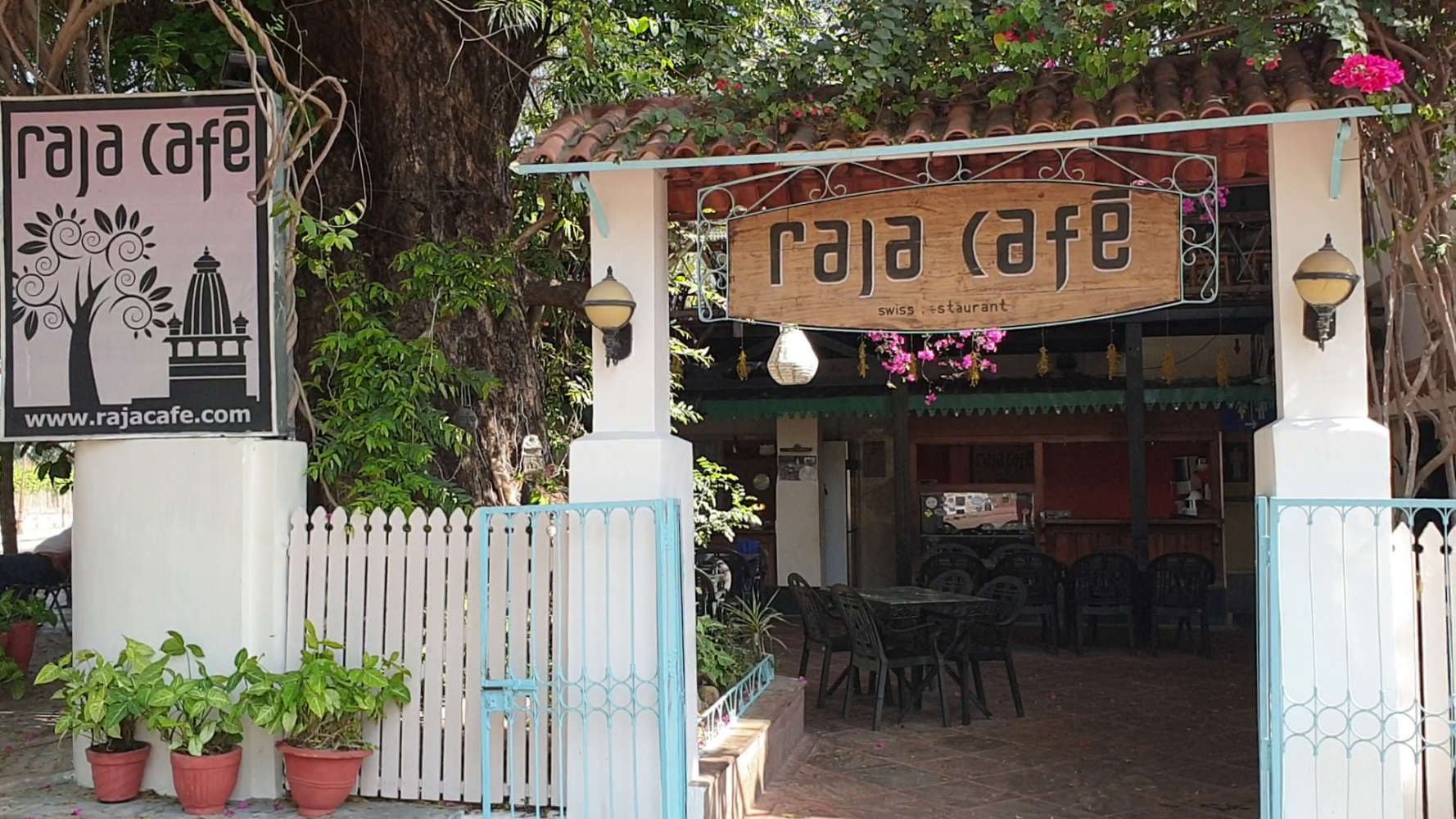 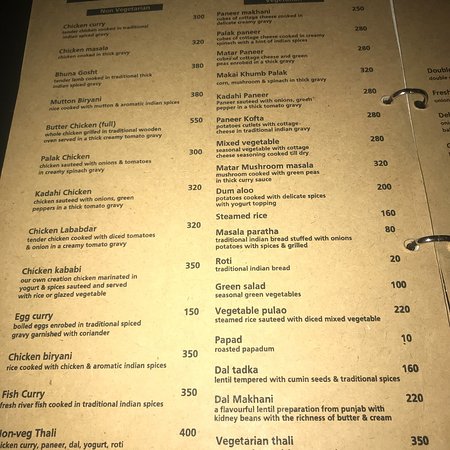 After dinner we went to our Resort. End of Day 2

You can watch my Day 2 Raneh Falls Vlog....If you like the vlog then CONSIDER SUBSCRIBING TO MY YOUTUBE CHANNEL for more stuff like this in future.

Day 3 of Madhya Pradesh Trip, Today we are Travelling from Khajuraho to Tala (Bandhavgarh National Park), covering along the way Panna Tiger Reserve, Pandav Falls and Maihar Mata Mandir. The route which we took is (Khajuraho - Panna - Satna - Maihar - Barhi - Tala) which is about 230 Kms takes around 6 Hours. There is no Toll Tax between Khajuraho To Tala.

We spend some time at the Pool (Mint Bundela Resort) before leaving for Bandhavgarh. We checked out of our resort at 10 AM. Breakfast at Guru Kripa Bhojanalay, Khajuraho. 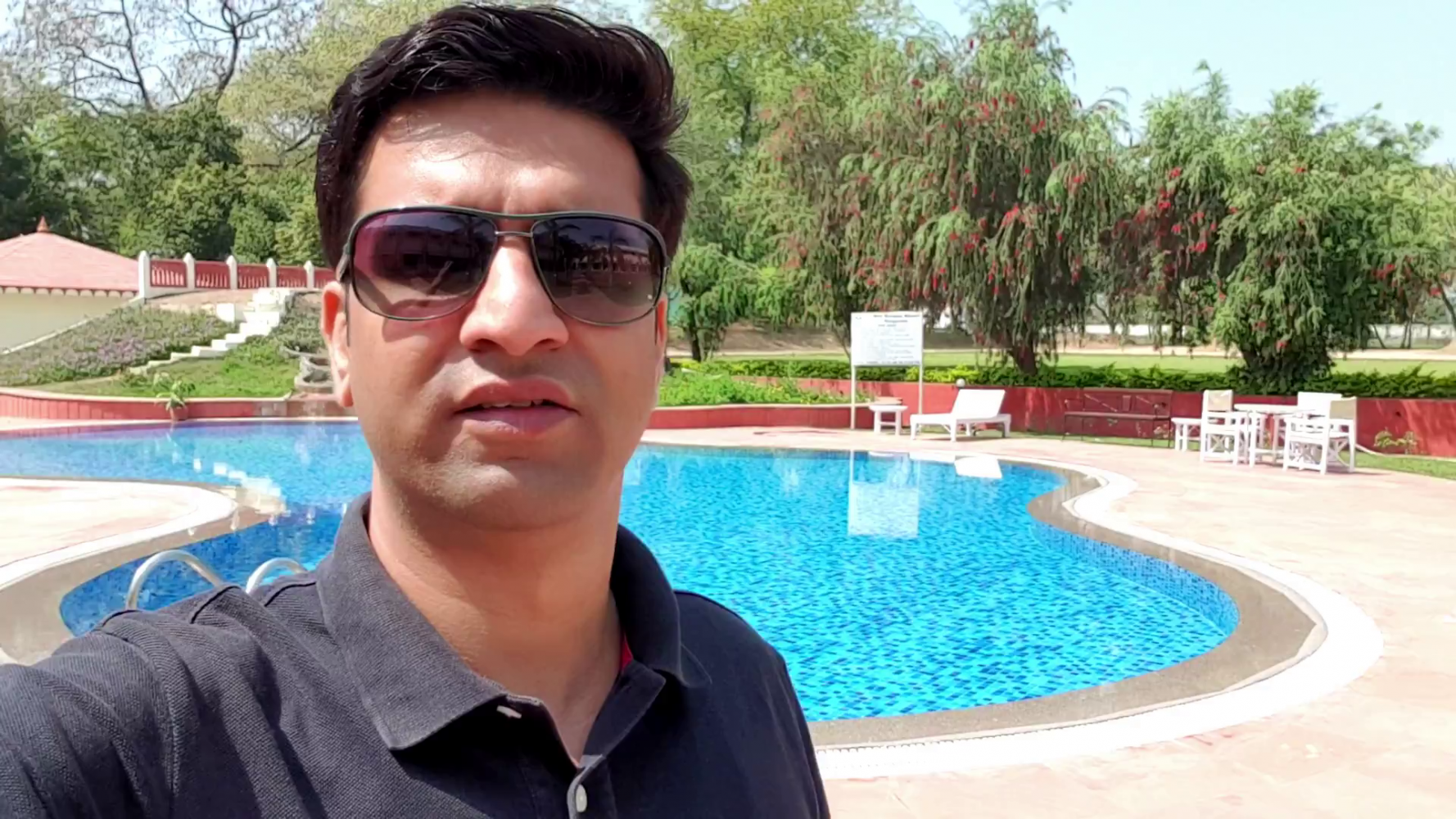 # Madla Gate (Panna Tiger Reserve) is 25 Kms from Khajuraho. Madla is just next to Ken River and has few Hotels and Resorts.There is a Morning & Evening Safari in panna everyday, Panna Tiger Reserve is closed during monsoon from July till Mid October. MP Tourism Jungle Camp, Madla is a good option to stay just next to Madla Gate. For Booking Link
MPT Jungle Camp Madla, Panna 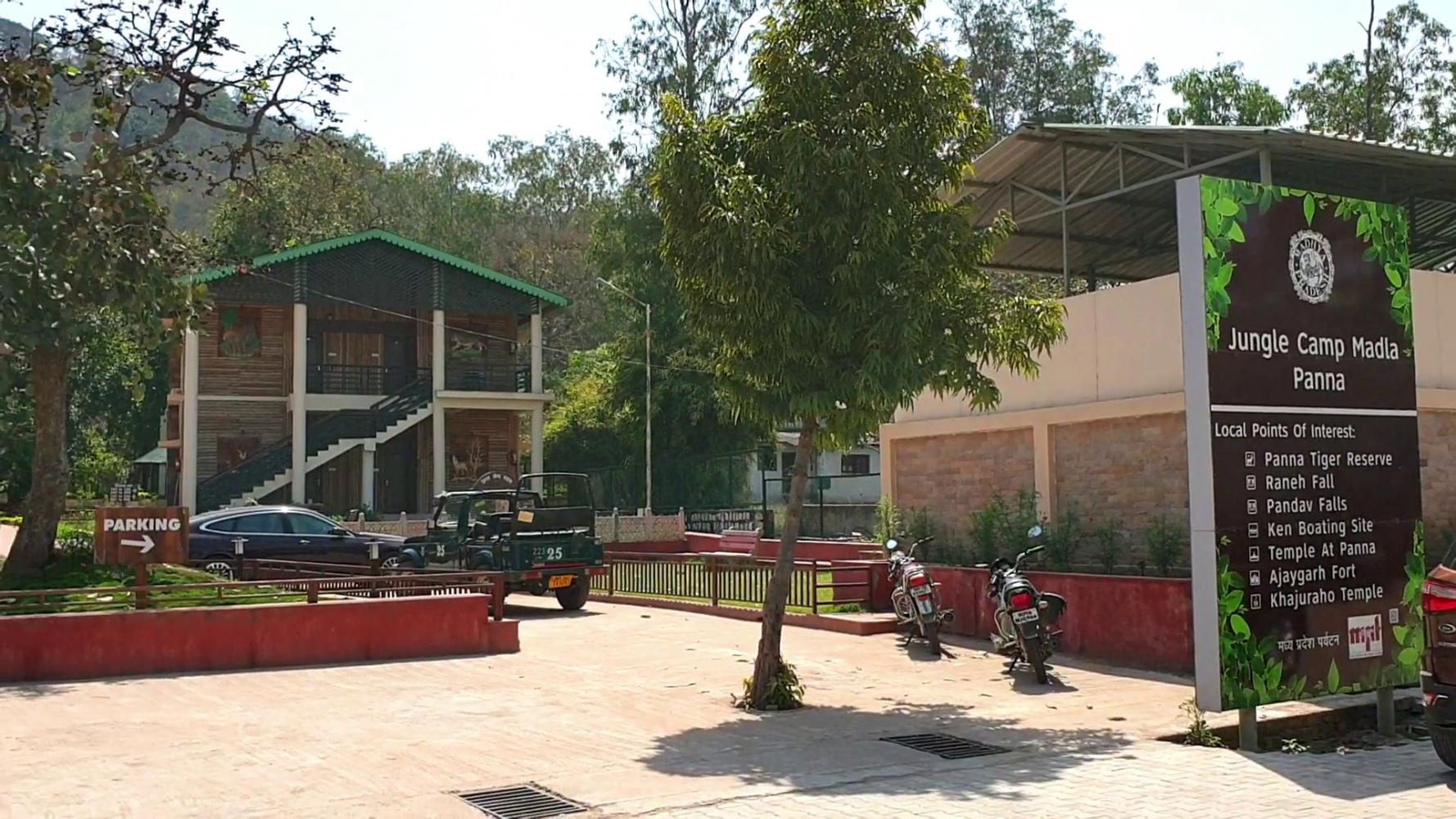 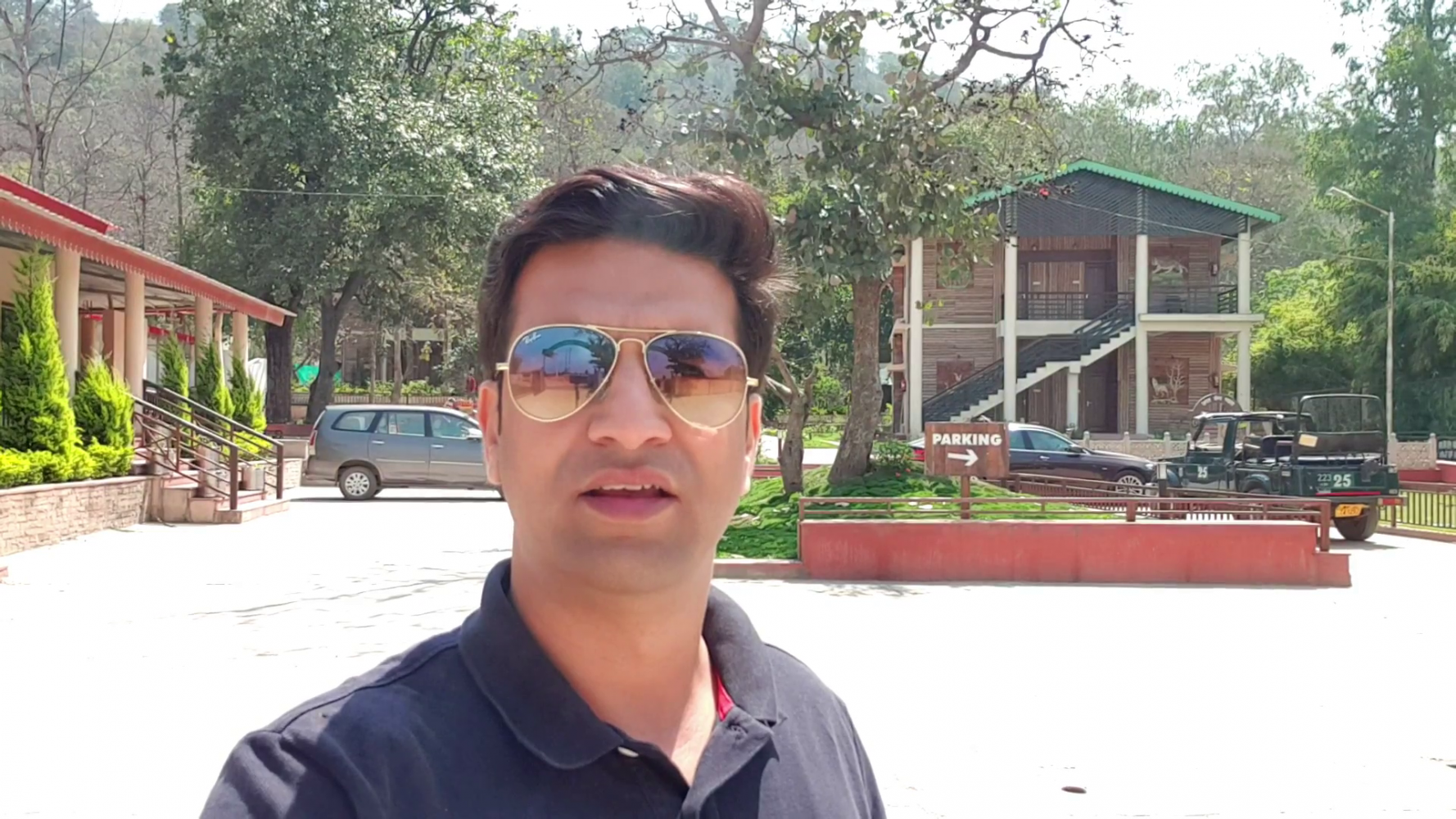 Tiger Safari booking for Gypsi in Panna Tiger Reserve can be done on
https://forest.mponline.gov.in/eBrochure/eBrochureDetails.aspx?parkid=3
The ticket counter is at Karnavati Booking Centre just 1 Km before Madla Gate. 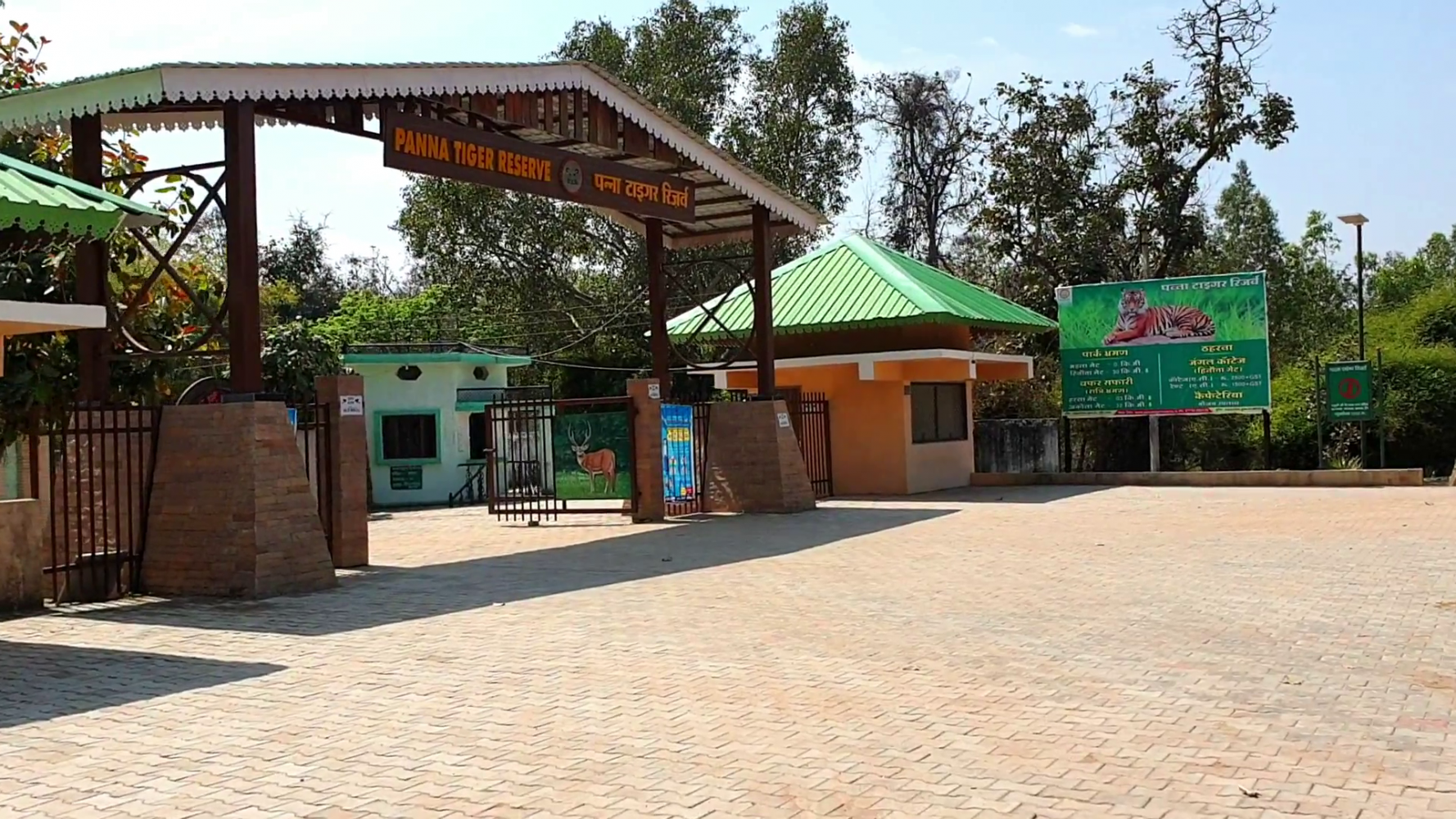 Pandav Falls 7 Kms from Madla Gate is a waterfall in the Panna district in the Indian state of Madhya Pradesh. Pandav Falls is about 30 metres high. Best time to visit is Monsoon Season. 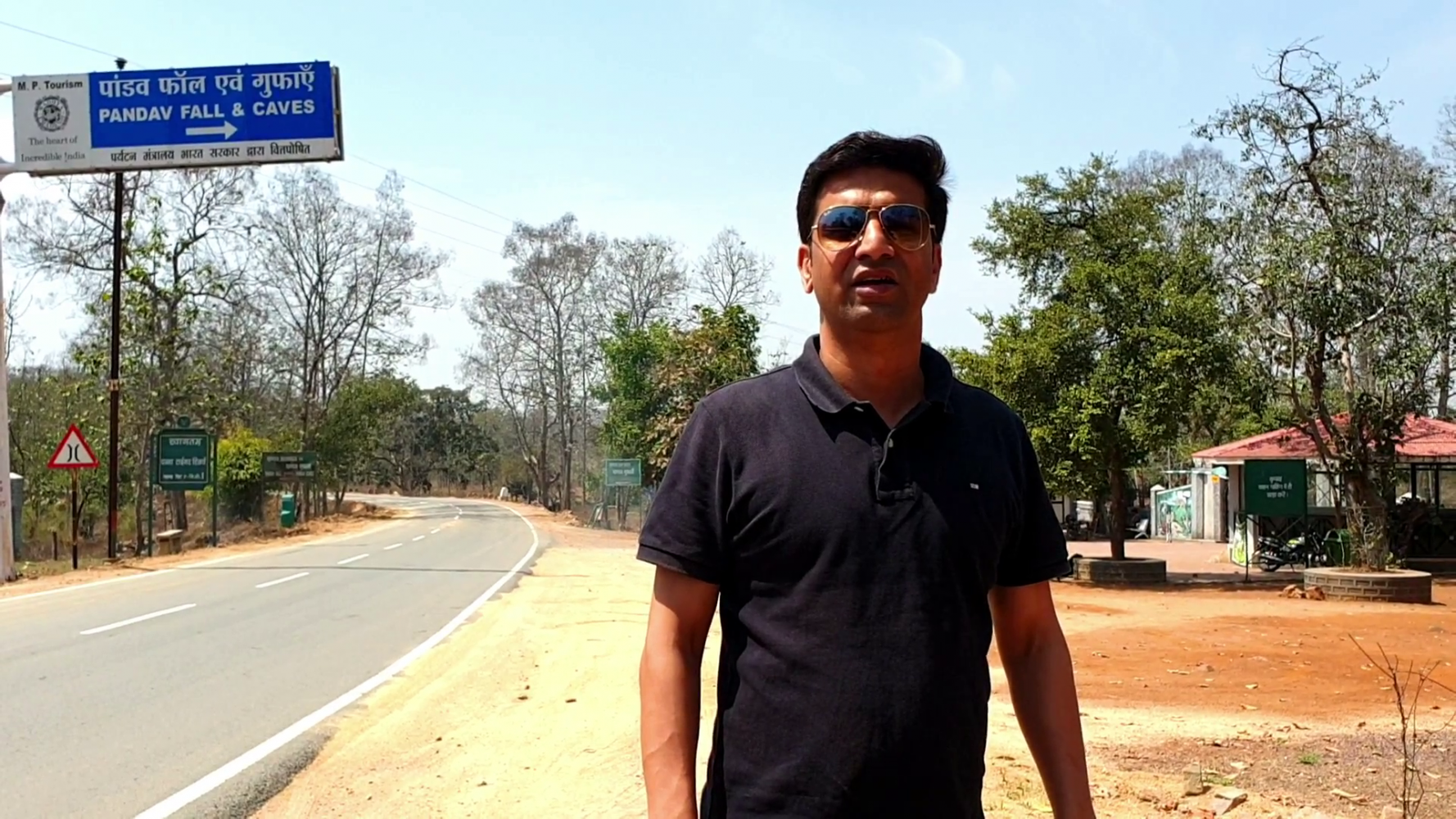 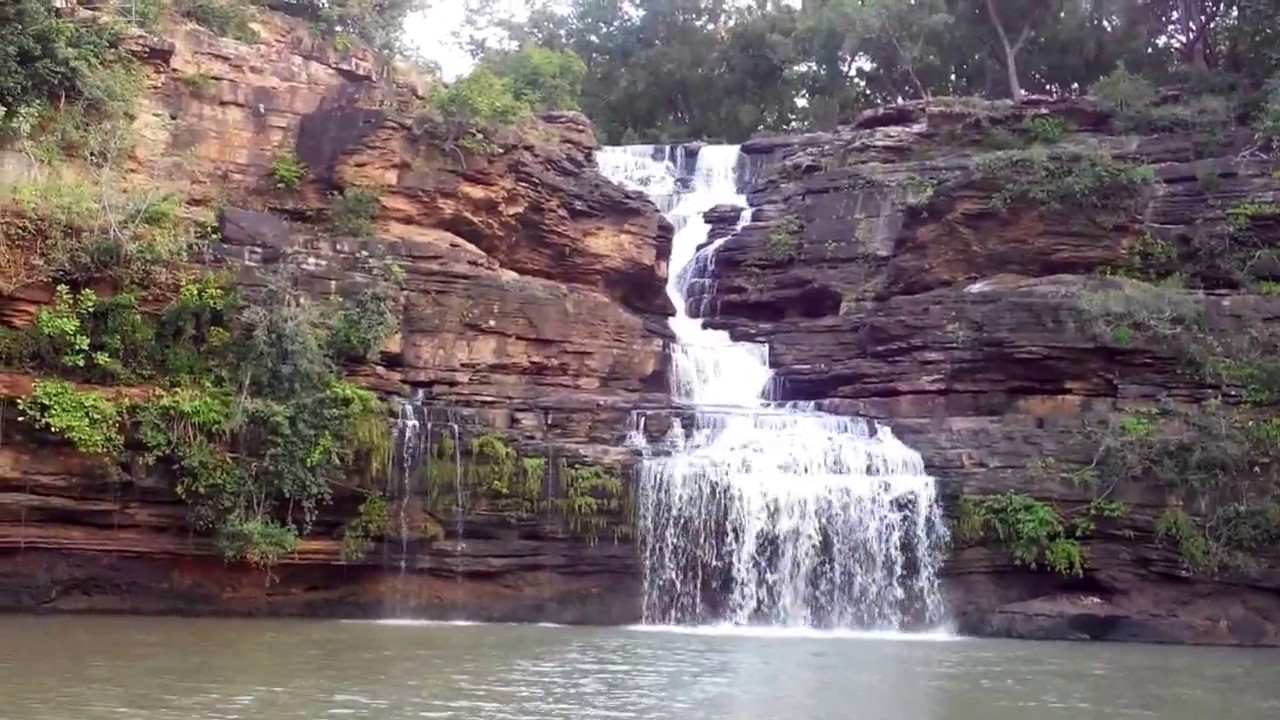 We reached Miahar Mata at 2 PM and did our lunch at the Restaurant MPT Surbahar by MP Tourism. Maihar is known for the Maa Sharda devi temple (around of 502 A.D.), situated at the top of Trikoota hill. Maihar is 140 Kms from Khajuraho, 45 Kms from Satna, 170 Kms from Jabalpur and 210 Kms Allahabad. There are 1,063 steps to reach the top of the hill. Along with stairs, there is ropeway for convenience of the pilgrims. The ropeway charges are Rs 130 per person for return ticket. Due to time shortage we were not able to Darshan of Mata. But surely do the Darshan in future.
There is an MP Tourism Hotel near Temple, The link for the booking is
MPT Surbahar, Maihar 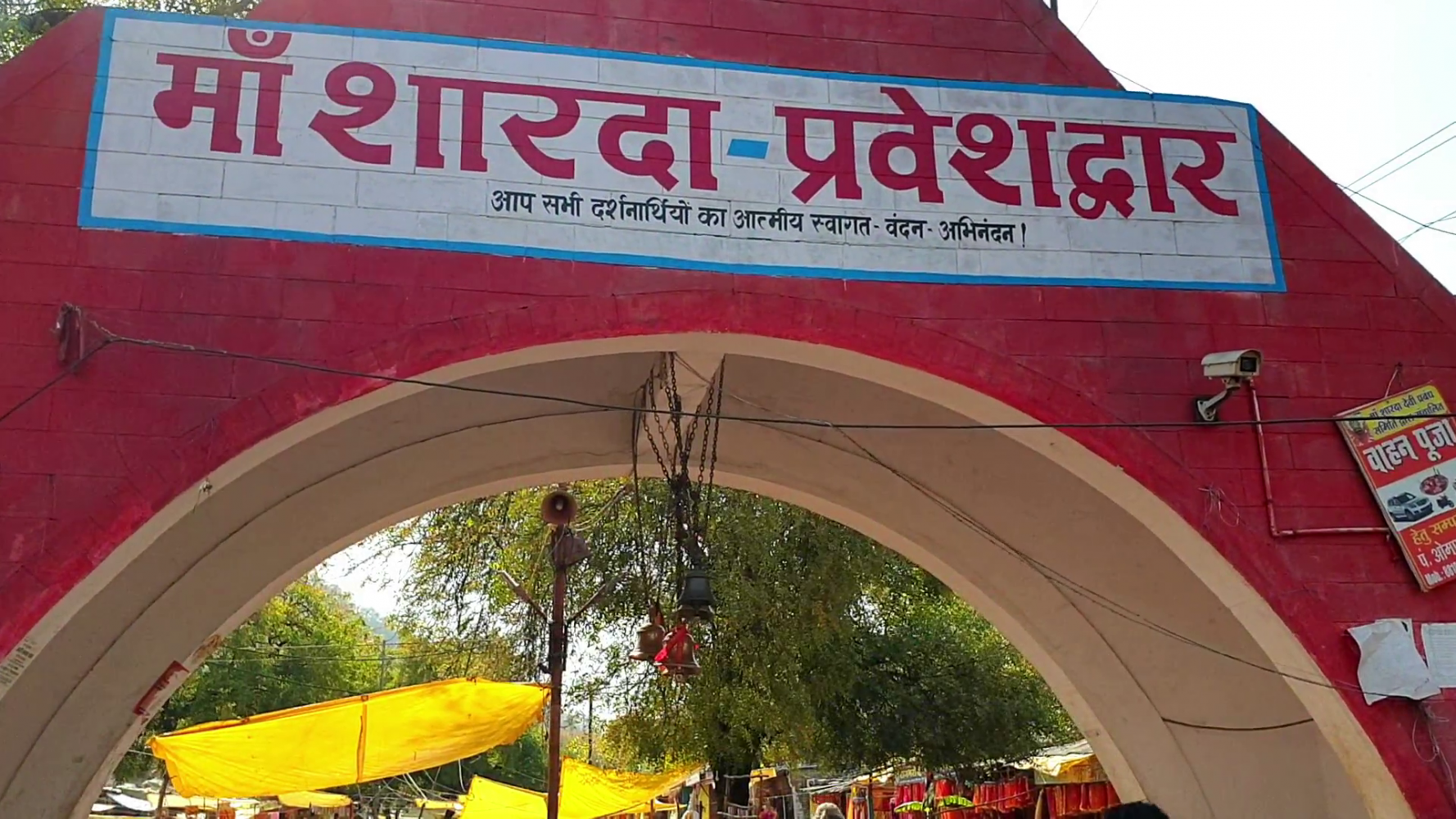 We reached Tala at 5.30 PM and checked into our hotel Tiger Inn Resort, Tala. We have booked online in advance for Rs 1500 including Breakfast. We did dinner in our resort and the food was palatable.

If you wanna see my full Day 3 Vlog check it here. If you find my Vlog Informative then Consider SUBSCRIBING to My Youtube Channel.

You may enjoy my Gwalior experience too. Loved watching your video too.