A Long Weekend Trip to Vengurla and Tarkarli

We (me and wifey) have a book by Outlook Traveller - 52 Weekend Gateways around Mumbai, and when we had purchased this we had decided that we will visit all of these places. Well till now we have definitely covered most of them, in fact there are very few places in Kokan to which we are yet visit. It is in this book we first saw the pictures of Tarkarli and I distinctly remember the line from the book which goes as 'Why go Greece for white sands when you have our own Tarkarli' and thats when Tarkarli became 'The Destination'. Well we have after that visited Tarkarli twice now and are in love with this place. It has everything from White Sand Beach (despite the rush of tourists now its still surprisingly very clean), Awesome Malvani Food, Serenity, blue waters.

So why Tarkarli again? My father in law had till now not visited the place and we desperately wanted to show him Tarkarli, as it was our own creation!!! But we had five days in hand including the travel time and being at just one location is not how we plan trip..we haven't yet matured to idea of a do nothing holiday. So there was one more place which we wanted to visit and that was Vengurla. I had seen pictures of serene sea waters of Vengurla and this was a good opportunity to visit the place. Day 1 - Pune to Vengurla - Well the plan was to get out of the house by 5 AM. But we had travelled from Aurangabad to Pune just the day before and faced a very frustrating traffic jam while entering Pune, thus were very late to bed to get up early. So final we could start at 7 AM, and my fears started coming true, this being a long weekend there were many cars on the road mostly travelling to Mahabaleshwar. This also resulted in a traffic jam at the Ghat near Khandala (before Satara). But post that it was a very smooth ride all the way till Kolhapur. In fact after you cross Satara the NH4 is just awesome and one of the best roads to travel on. Meanwhile we had our lunch at Hotel Sai International, which deserves a special mention for its very clean toilets and decent food at a reasonable rates. Please ensure that you ask them less spicy food since now you are in Kolhapur district.

The road post Nipani where you break from NH4 to travel towards Amboli is patchy and at various places it is bad to say the least. However once you cross Amboli the road conditions improve all the way till NH17.

A couple of shots from Amboli Sunset point - 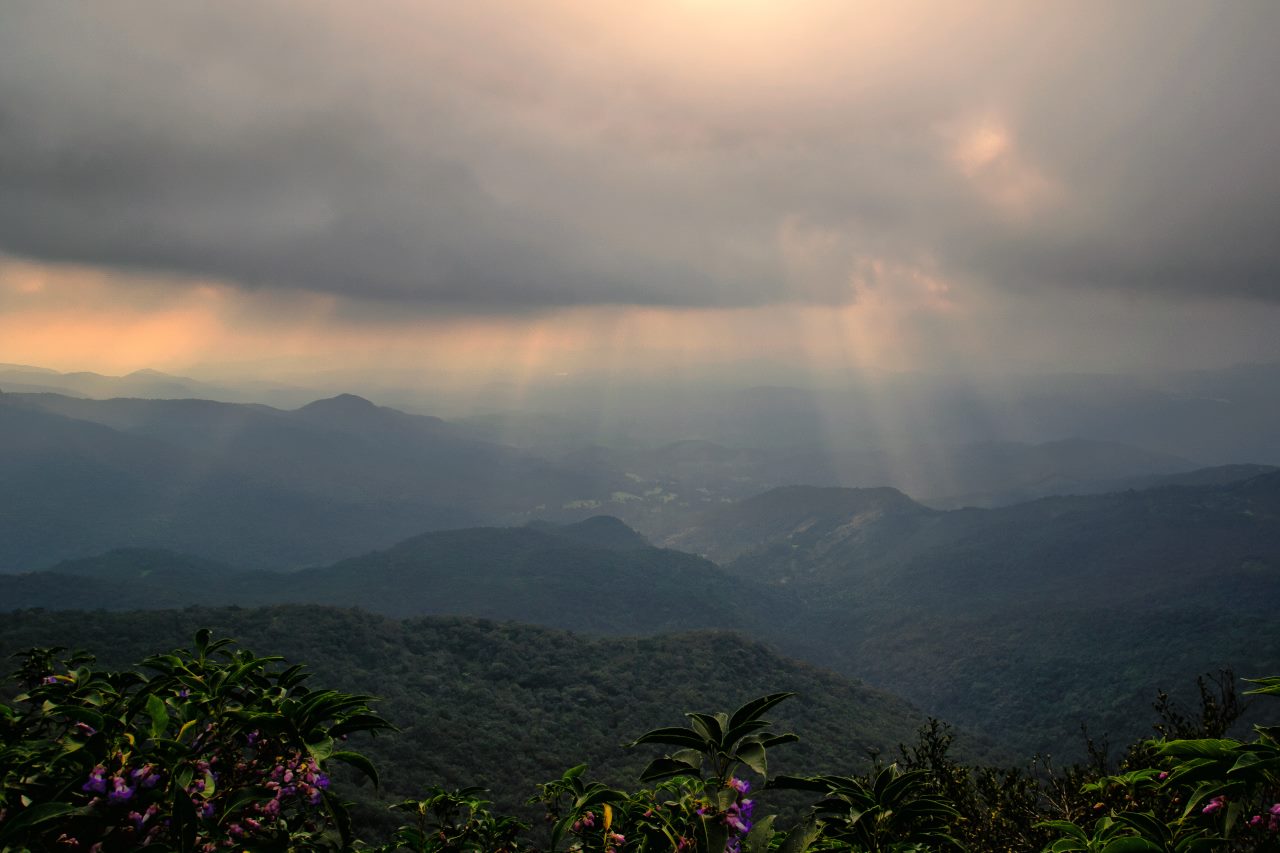 We did not spend too much time taking photographs since we were willing to catch sunset at Vengurla . After crossing Amboli in an hour & half we reached Vengurla and yes there was sometime before the sun sets. One more a little zoomed one - The sea here was so serene and calm that for some moment we were just not speaking with each other and were simply in awe of this place. I have personally fallen in love this place.


Look at the calmness- Then finally we walked down from the hillock towards the jetty -

On way down the hillock - 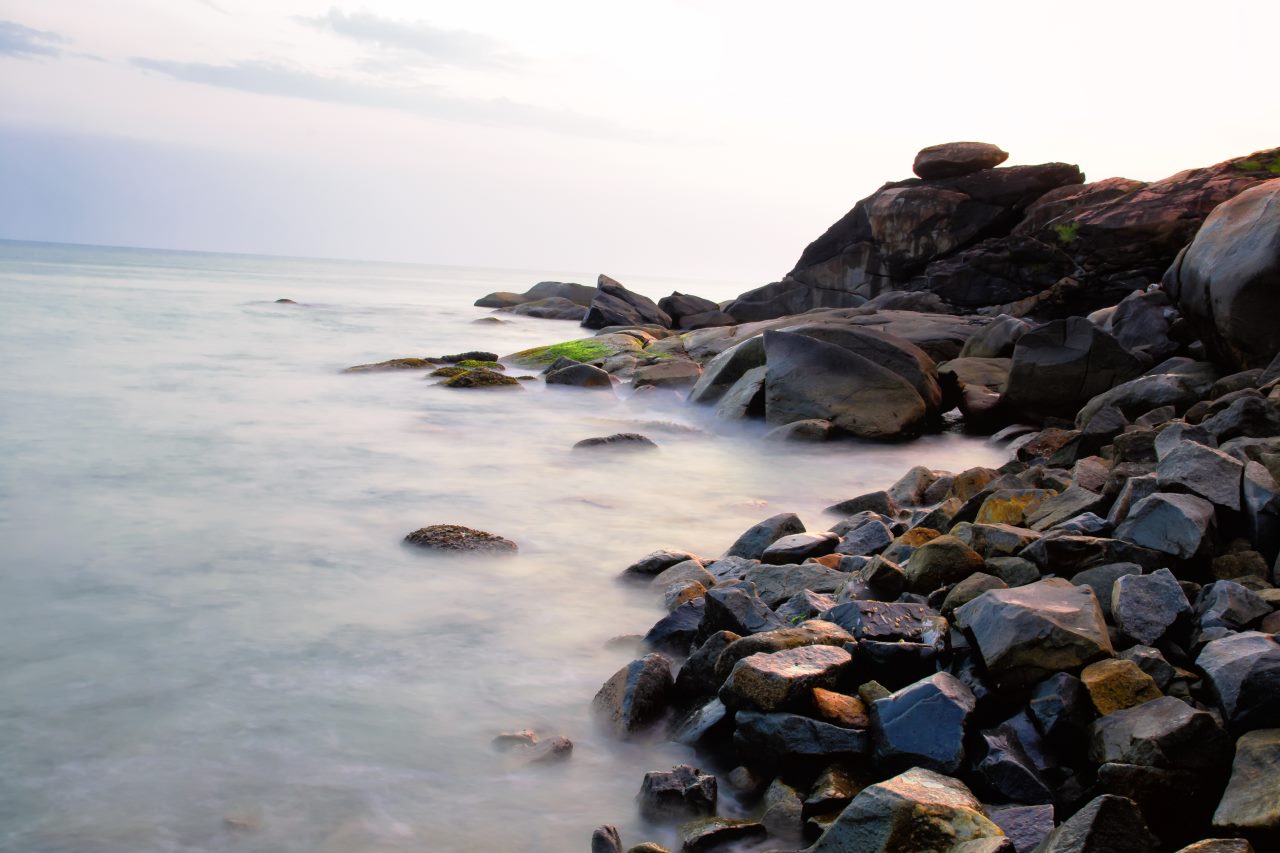 Lovely pictures. This place was on itinerary when I did a road trip a few years back to Goa but then I thought the that places along MSH4 AND NH17 deserve time to be devoted and not just on the fly.
Will definitely be doing this side of MH in future, till then will travel through your TL.

Lovely pictures. This place was on itinerary when I did a road trip a few years back to Goa but then I thought the that places along MSH4 AND NH17 deserve time to be devoted and not just on the fly.
Will definitely be doing this side of MH in future, till then will travel through your TL.

While making bookings for stay I could find availability only at the Sagar Holiday Resort and just booked it without thinking too much. However, luckily it turned out to be a good choice if we consider the location. It right on the edge of the sea adjacent to the Vengurla Jetty and the most important factor is that right from the window of room you can watch the Sunrise...yes Sunrise.. The geography of the Vengurla jetty is such that you also get to see the sun rising out of water. So here are a couple of Sunrise photos -

This is the view from the window/balcony of the hotel room. Before we proceed the food at the resort is actually quite decent and the quantity is also more.

So as you can see we got up early morning to watch the sunset. After a peek from the window we got out of hotel to have a stroll nearby jetty as well as the lighthouse hillock.

One Pic of the Hotel- 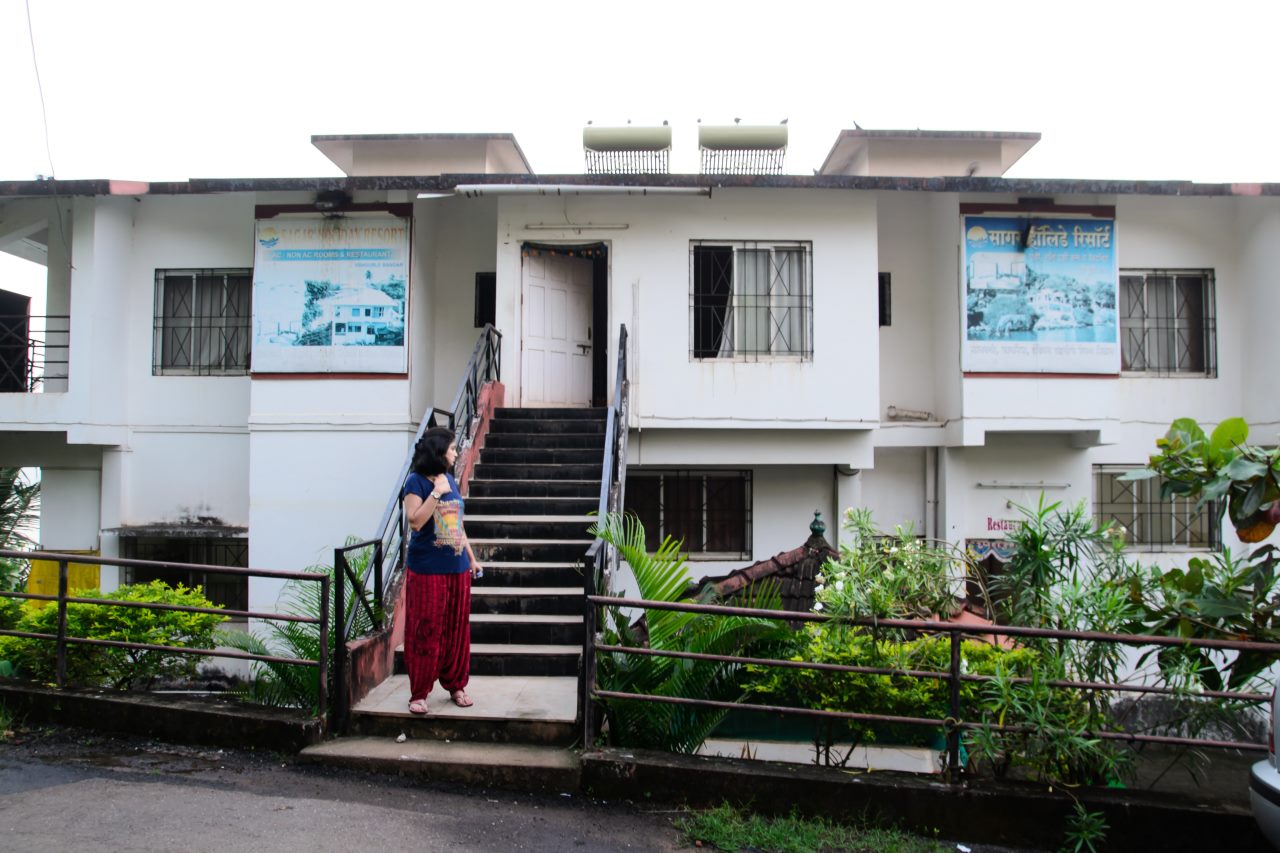 Sunrise view from the hillock- Wifey enjoying the serene morning. What you see in the background is the government guest house aptly named as Sagar Bunglow. Trust me it offers best views of the sea. What someone told me is that Mr. Sharad Pawar really likes to stay here and he ensures that he at least spends 2-3 days here So in the pic below the first white building that you can see is the Sagar Holiday Resort. So now you got the location. Some more clicks of the morning Post this stroll we went back to the resort had a nice breakfast and then left for Tarkarli. But meanwhile we also got know about a new beach named by foreigners as 'Paradise Beach'. Its around 12 Km from vengurla towards Goa. Its really nice and has been found by foreigners who want to get away from Goa's mad rush - The paradise beach - Its really nice clean beach and what yet not discovered by many hence very few tourists. Beautiful pictures and nice write-up . Welcome to BCMT. Waiting for the next update.

ohh very nice to know about this nice place..surely going to visit soon.
Nice pics making you fresh, Thanks. welcome to the forum and wishes for seasons greetings.

Absolutely stunning pictures of beautiful beaches and surrounding. This is turning out to be a century on debut

Nice start and awesome pictures. Now waiting for update on Tarkarli leg of the trip.