A visit of Statue of Unity : ClubBrezza Drive.

One of the choppers came back after dropping PM Modii at the nearest airport. Earlier that day, when Modiji left SOU, there were three Choppers at SOU campus. One of them was coming back to SOU. I didn't understand why chopper assigned to PM's fleet came back to SOU. Hover a chopper landing on a helipad with a background of Sardar Sarovar dam was an amazing view.

A chopper at Sardar Sarovar Dam. 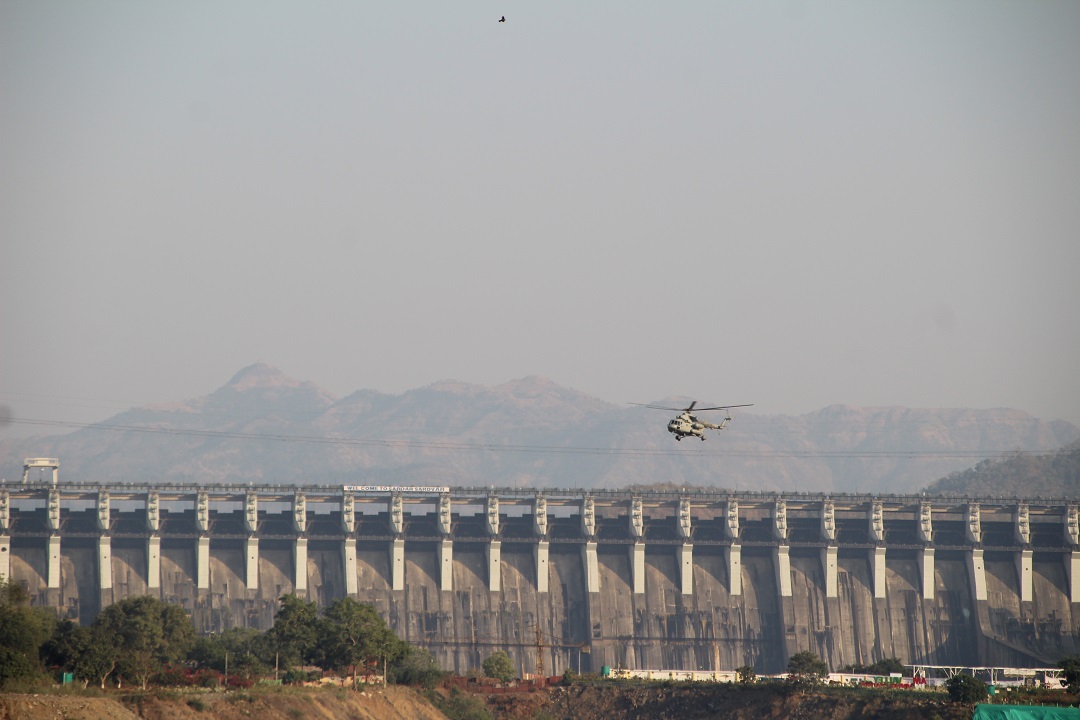 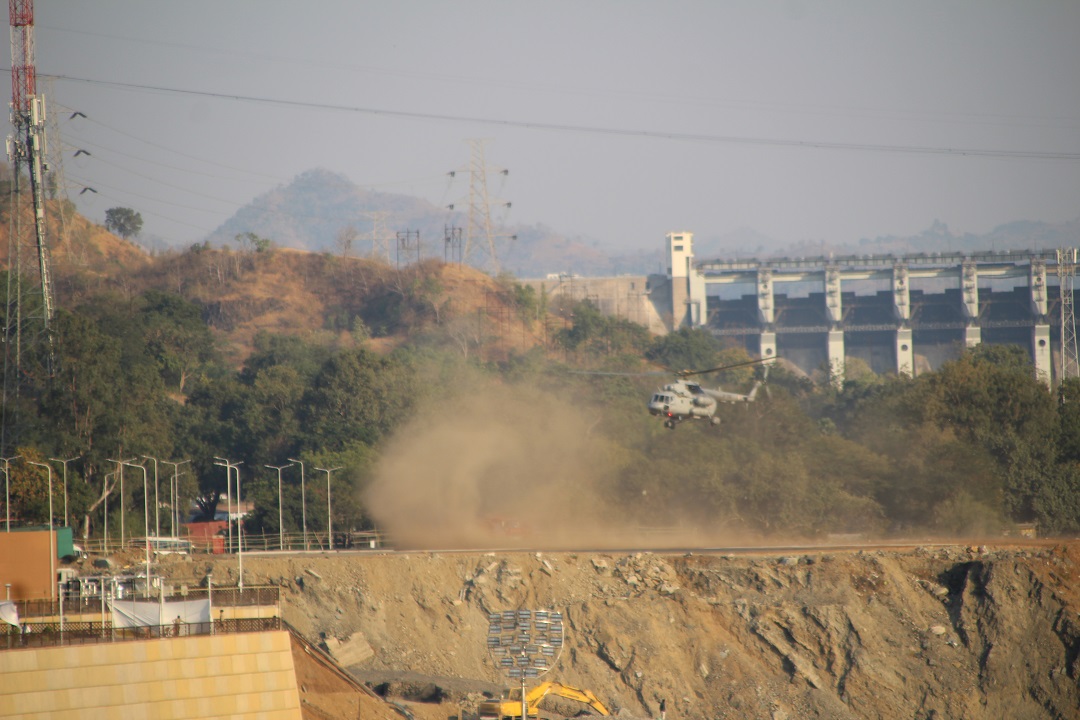 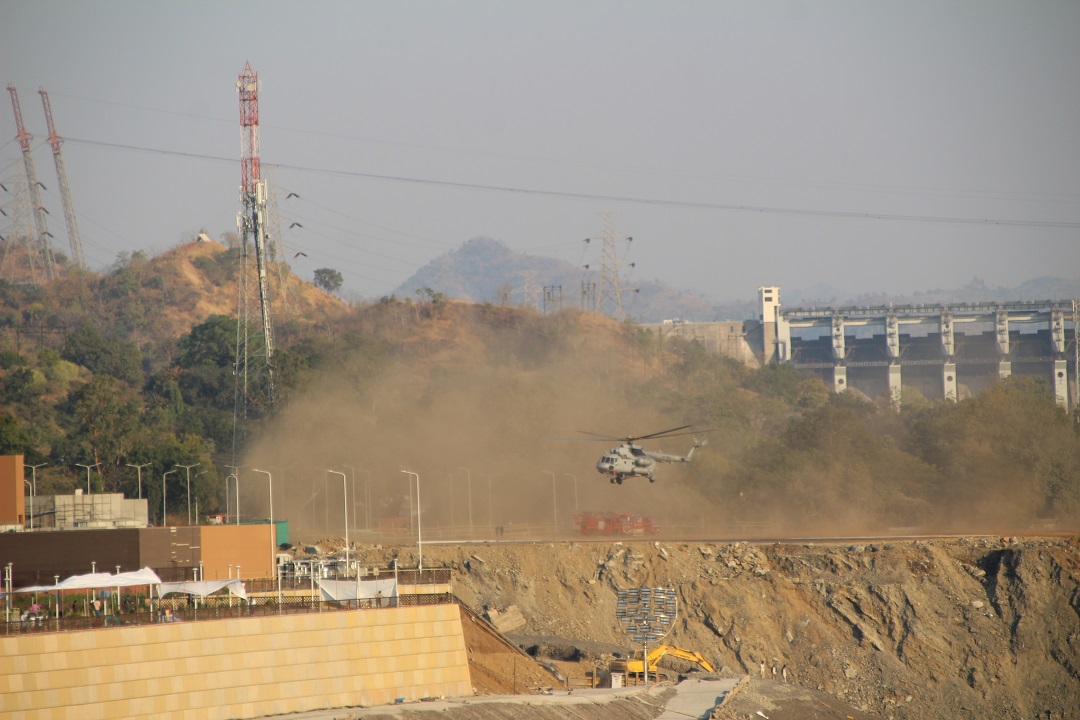 As per recent News, tourists can now take a chopper ride(10 mints at 2900/- PP) to get a breathtaking view of the 182-metre tall statue.

I spent more than 20 mints waiting for other mates. I clicked some photographs and observed each & every curve and joint of the statue by my telephoto lens. 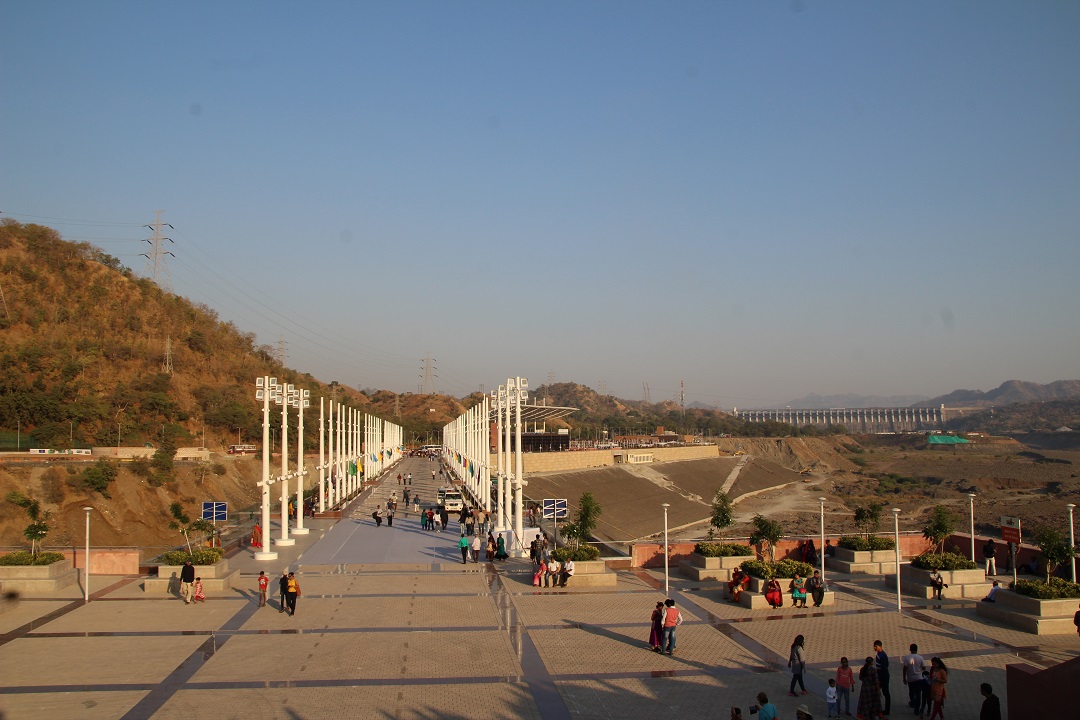 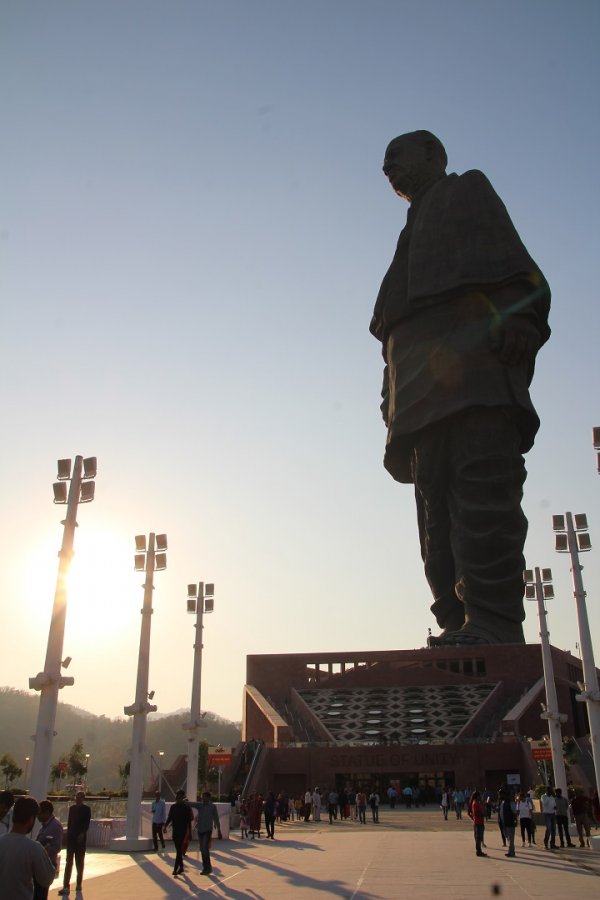 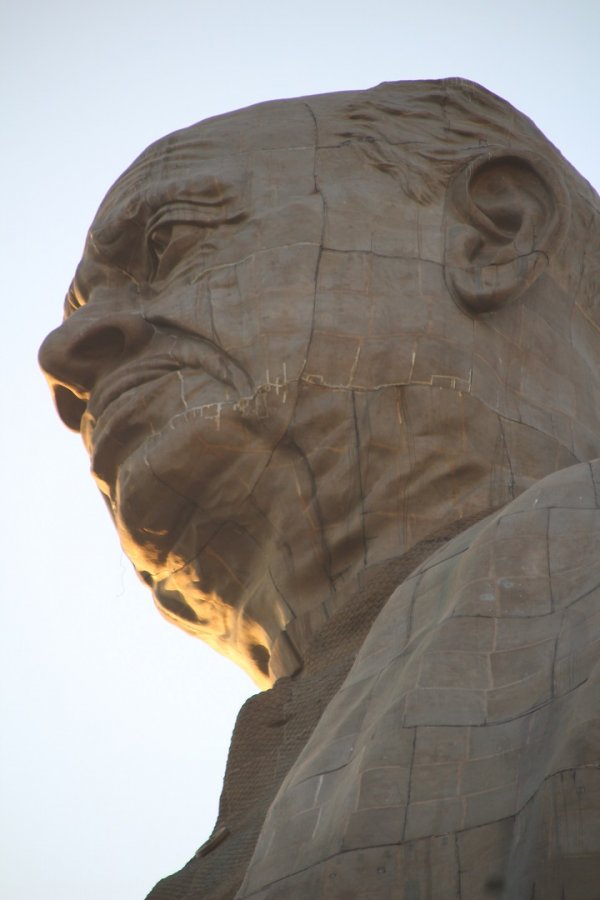 At 1830, all the members got together at the museum gate for a group photo. 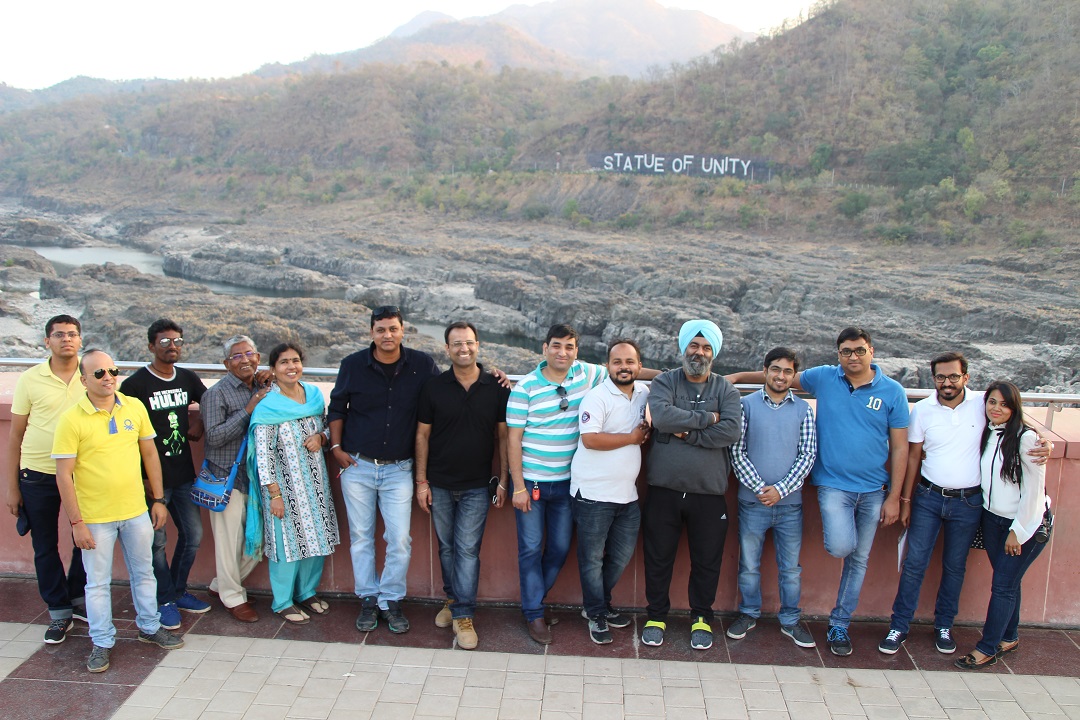 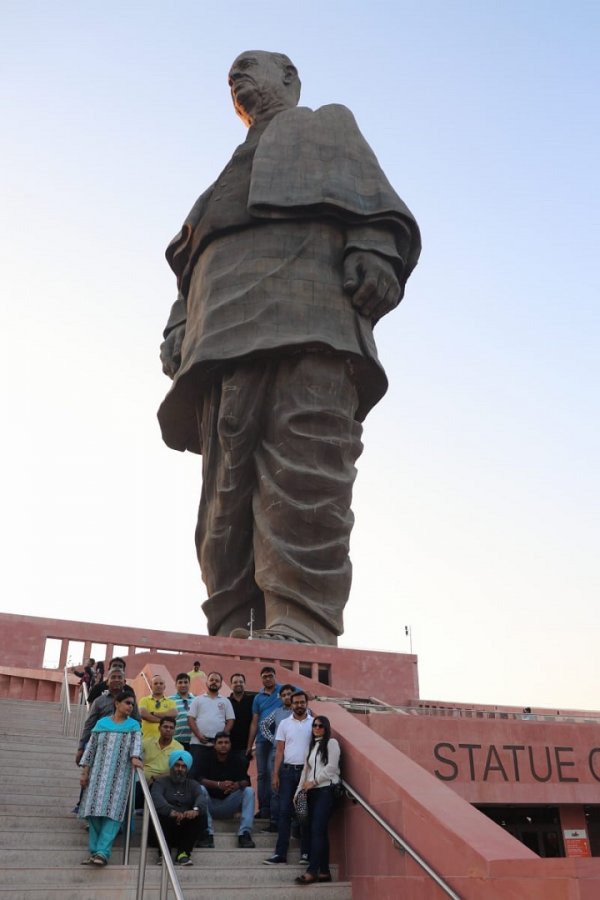 We visited the Statue of Unity, Museum and Observation Deck. However, there were other attractions like Valley of flowers, Sardar Sarovar dam, Laser show etc. It was already 1845. I had other family commitments waiting at home. I was not possible for me to join other members for the Laser show. I wanted to see lase show. However, I made my mind that I "ll see Laser show during my family trip to SOU. It was time to leave for home. I bid farewell to all the members and caught a bus for the car parking 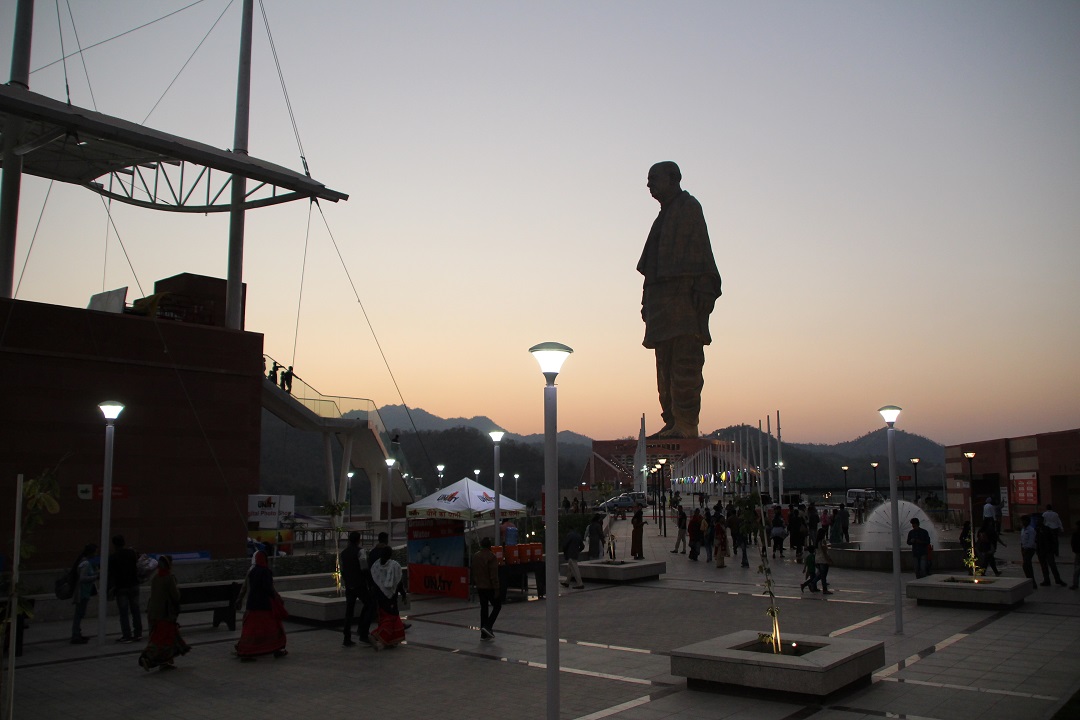 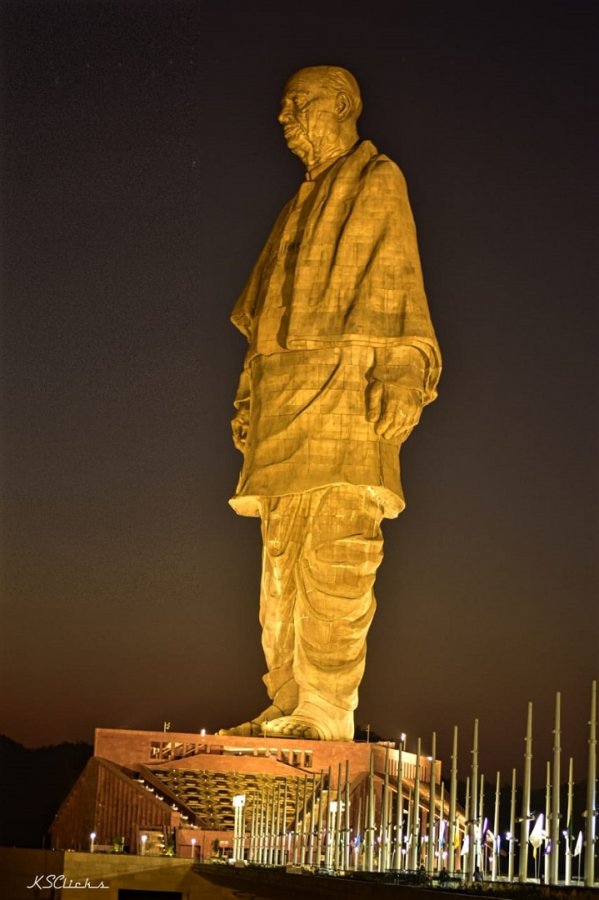 Overall, It was a nice one day trip to the Statue of Unity. However, IMO a visit of three to four hour is enough for the Statue of Unity. If you want to include Laser show in your SOU visit, you should club some other destination in your drive for the first half of the day. I think a Visit to Zarwani waterfall and Shoolpaneshwar Wildlife Sanctuary can be clubbed with SOU drive. Moreover, IMHO it doesn't make any sense to stay for a night at costly tents at Tent city, Narmada. Vadodara is just 80kms ar from SOU connected by a superb four-lane road.

Thanks for showing SOU.