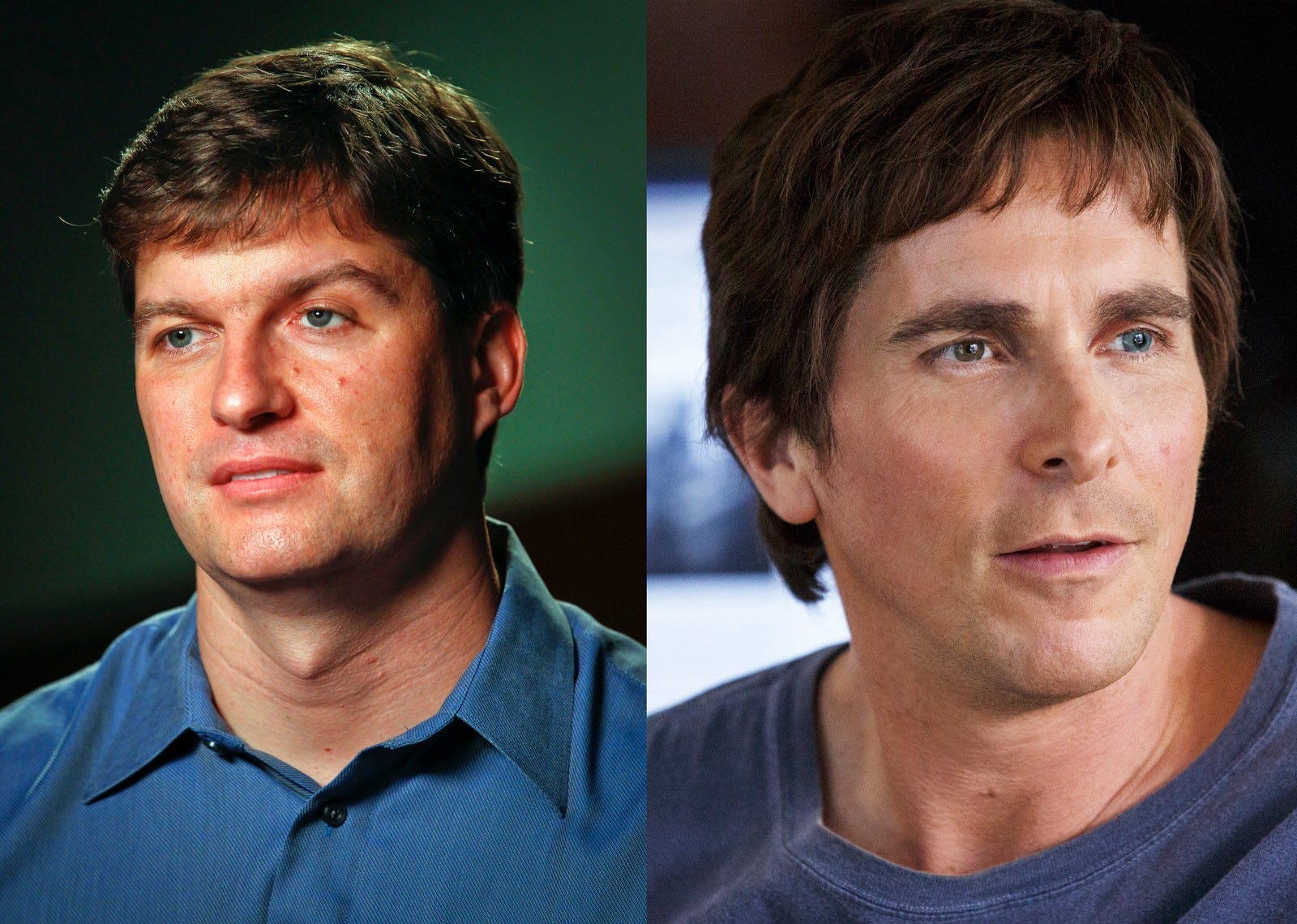 Image: GQ
The 2008 financial crisis had rolled forward a series of events that many financial experts had fathomed for decades. People started defaulting on their loans, businesses went bankrupt and an asset class which people believed would never “tank” came down drastically in value due to speculation and other widespread bets placed through various derivative contracts.
Dr. Michael Burry of Scion Asset Management LLC had predicted the housing crisis way ahead of its time while many frenzy investors were still busy buying and selling CDO’s and making a hefty profit by flipping contracts like houses.
Ever since then, Dr. Burry has been a key figure in the US financial markets. His latest 13-F filing reveals massive bets placed on a handful of companies a pattern similar to the months prior to the 2008 crisis.

Even though the firm’s equity holdings are sitting at $91 million, the firm’s portfolio is in fact worth slightly over $315 million.
Click to expand... 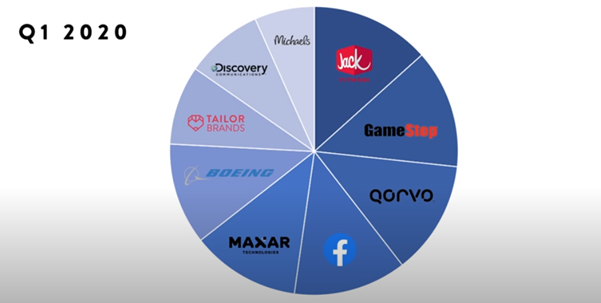 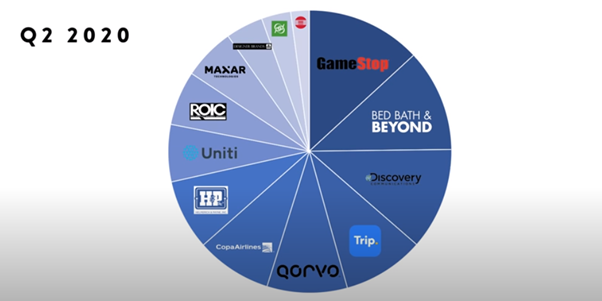 Image credit: Author
During the first quarter of 2020, he held diversified positions in multiple stocks such as GameStop, Jack in the Box, Qorvo, Maxar Technologies, and Facebook.
However, post the second quarter he readjusted the portfolio by acquiring smaller portions in various other stocks in addition to purchasing massive amounts of “call options” on various companies.
According to Investopedia, “call options are financial contracts that give the option buyer the right, but not the obligation, to buy a stock, bond, commodity or other asset or instrument at a specified price within a specific time period.
The stock, bond, or commodity is called the underlying asset. A call buyer profits when the underlying asset increases in price”.
In general, an option is a contract between two investors. One of them is writing the option, and the other is buying the call option.

For example, if the option seller is explicitly writing calls on Tesla the contract will state that if “Tesla’s shares reach a stock price higher than X by a specific date, then you can buy the Tesla shares off of me for a strike price of X”.
Click to expand...

An advantage for the buyer is that he/she can choose not to exercise this right if the stock is trading at a price lower than X.
Click to expand...

But in case the stock price surges above X, he/she can buy the shares for X, and subsequently, sell it in the markets for a higher price resulting in a profit.

With regards to Dr.Burry, his 13-F filings didn’t disclose the strike price and expiry dates for all the long positions he had acquired. So, it is correct to say that they own $91 million in stocks but the firm’s “total long position” is worth slightly over $315 million inclusive of all the “long calls”.

Some of his biggest call option positions are Google, Facebook, Booking Holdings Ltd, and Goldman Sachs.
Click to expand... 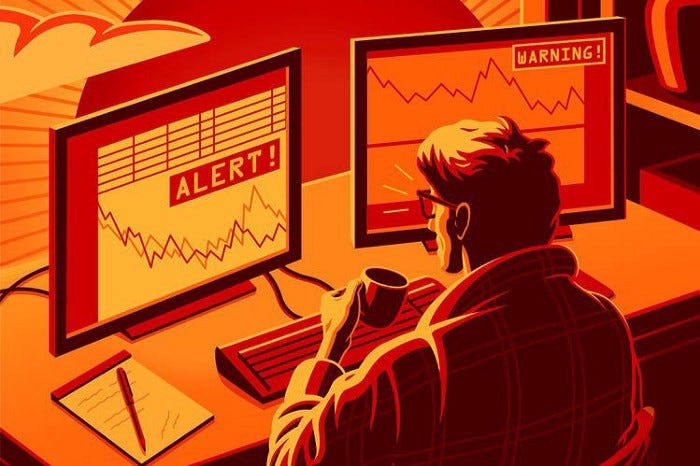 Illustration: chriswhetzel.com
The famous fund manager as portrayed in the award-winning movie “The Big Short” rose to fame in 2008 as he ‘shorted’ the ‘housing market’ by buying put contracts on CDOs, credit default swaps, and other mortgage-backed securities, emphasizing the fact that the housing market was extremely overvalued, and when the bubble did burst, he instantly received millions for his in-depth analysis.
As far as 2020 is concerned, towards the end of Q2 he had bought 80,000 call options on Google (GOOG), spending $113M.

Scion’s next three top holdings are also call options. Facebook (FB), Booking Holdings (BKNG), and Goldman Sachs (GS).
“The firm’s 16 call positions represent 71.19% of the Q2 portfolio of which 36% is represented by Google”.
Click to expand...

He sold out Facebook stock but acquired call options to perhaps weigh out the ad-controversies and profit from the stock once it rebounds.
A similar logic could be applied to Booking Holdings Ltd since the travel industry has taken a beating, once the markets rebound the stock should reflect a change in fundamentals similar to Carnival Cruises.
“Dr. Burry slashed Scion’s Gamestop (GME) stake during Q2. GME represented 3.79% of the long portfolio, down from 12.23% in Q1. Scion filed a 13D targeting Gamestop in August of 2019 when the stock was at $3.87. In a letter to management, Burry recommended a ‘game-changing’ buyback of shares”.

Calls are therefore, an alternative to buying a stock outright.
Click to expand...

If the stock price rises you can end up with a profit, without taking on all of the downside risks that would otherwise result from owning the stock.

It is also possible to magnify your gains through leverage over a greater number of shares than you could afford to buy outright because the calls are always less expensive than the stock itself.
Click to expand...

But one should err on the side of caution with such matters, especially with short-term ‘out-of-the-money’ calls. If you buy too many option contracts, you end up increasing your risk.
Part of the conventional definition also suggests that “options may expire as being worthless and one can lose their entire investment, whereas if someone decides to own the stock it will usually still be worth something to that individual”.
It is safe to assume that his firm is “in-the-money” for most of his positions but one can only make assumptions heading into the investment world. However, in hindsight, everything appears to be accurate. 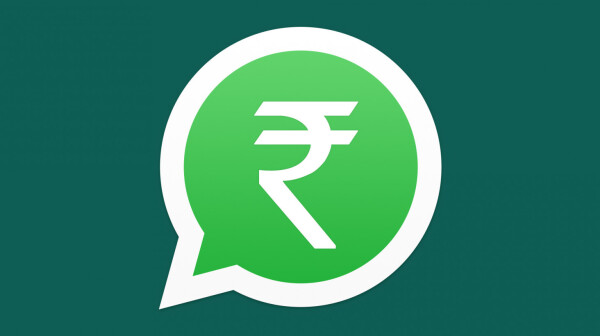 India is officially in recession. 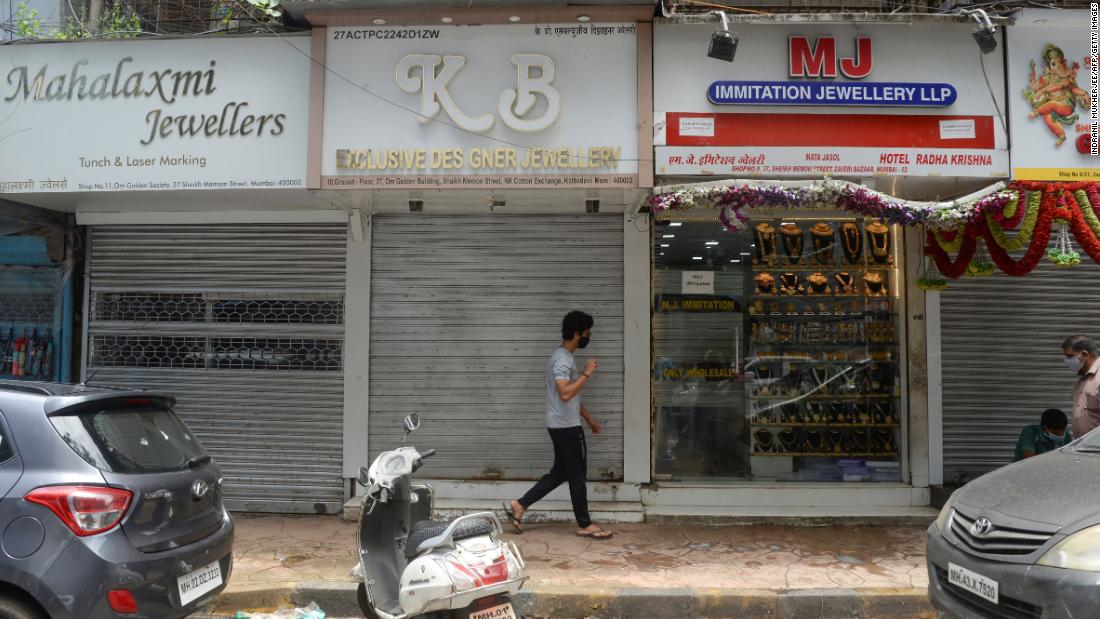 India has plunged into recession for the first time in nearly a quarter of a century as the pandemic continues to weigh heavily on Asia's third biggest economy, which economists warn will struggle to recover from the slump. 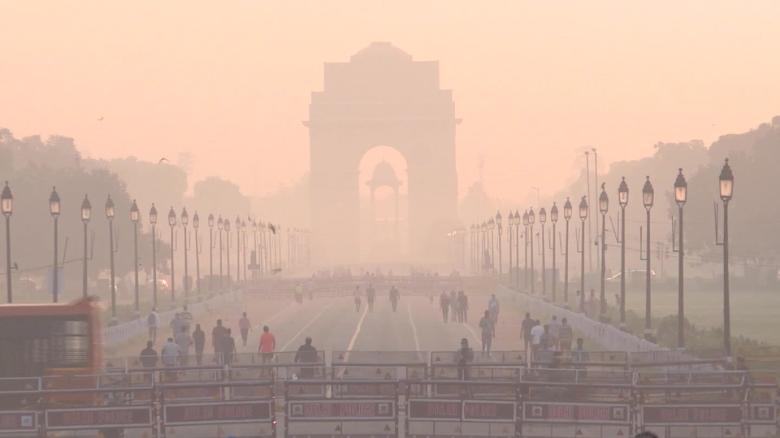 New Delhi/London (CNN Business)India has plunged into recession for the first time in nearly a quarter of a century as the pandemic continues to weigh heavily on Asia's third biggest economy, which economists warn will struggle to recover from the slump.
Official data published on Friday showed gross domestic product for the July-September quarter fell by 7.5% compared to the same period last year, when the economy was growing by more than 4%.
That follows a record drop of nearly 24% in GDP in the April-June period, the first quarter of India's fiscal year.
"With a view to contain the spread of the Covid-19 pandemic, restrictions were imposed on the economic activities not deemed essential during [the first quarter]," the Indian Ministry of Statistics said in a statement on Friday. "Though the restrictions have been gradually lifted, there has been an impact on the economic activities."


While manufacturing returned to growth, the services sector suffered a second consecutive double-digit decline. Government consumption also fell sharply in part because of an "inadequate fiscal response to the crisis," said senior India economist at Capital Economics, Shilan Shah.
Positive preliminary results from AstraZeneca on its vaccine candidate is good news for India, given that it has one of the largest orders of any country and the vaccine will be produced locally, Shah added.
The vaccine is "the most encouraging sign yet that India has a route to ending its Covid-19 epidemic and the social distancing that continues to weigh on the economy," he said in a research note.
But distribution challenges could mean a vaccine would not be widely available until the second half of next year, added Priyanka Kishore, head of India and South East Asia economics at Oxford Economics. There are also some concerns that a lack of clarity regarding data from the vaccine trials could delay regulatory approval.
Both economists said that India's economy has a difficult path ahead. "The absence of a comprehensive fiscal response... will hamper growth going forward," Kishore said.

Investors will be paying close attention when India's central bank meets next week.

"Under these circumstances, monetary policy is likely to remain very loose for the foreseeable future, and we think markets are too hawkish in expecting modest rate hikes in 2022," added Shah.
The GDP data highlights the contrasting fortunes of India and China in the wake of the pandemic.
While much of the world continued to struggle with the virus, China's recovery accelerated in the most recent quarter. The country enforced stringent lockdown and population tracking policies intended to contain the virus, and set aside hundreds of billions of dollars for major infrastructure projects to fuel economic growth. It may be the only major economy to end the year bigger than it started.
C

What does this means in real sense.
Unofficially recession is going on since demonetisation will official acceptance make any difference.
B

citymonk said:
What does this means in real sense.
Unofficially recession is going on since demonetisation will official acceptance make any difference.
Click to expand...

Official recession means two quarters of negative growth. That is the textbook definition of a recession. Earlier India's GDP was positive, but it had fallen from 7% to 3% so it was a slowdown in economic growth and not a recession. In a recession an economic shrinks in a slowdown economy still grows but at a slower rate.

At -7.5 per cent, the gross domestic product (GDP) rebounds, but India is now in technical recession with two successive quarters of shrinking output, due to the lingering effects of lockdowns to contain the COVID-19 pandemic. Economists are optimistic the slump in the second quarter of current financial year will not be as harsh as the record 23.9 per cent crash in the April-June period. 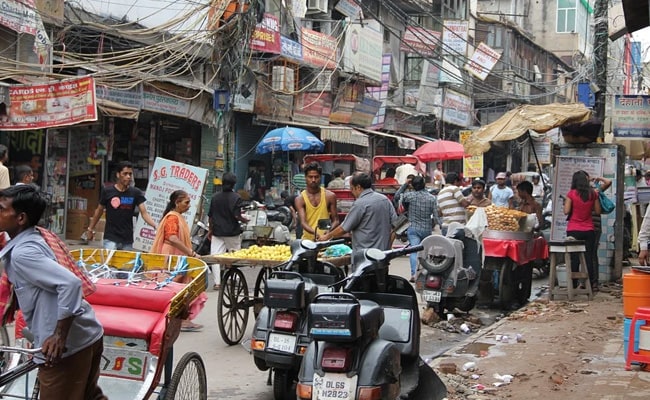 Absolutely excellent article.
Can't fault it, nothing to argue.
So yes, it will just continue, resilience and forbearance.

But this, though: "Gone was the pre-poll promise of "minimum government, maximum governance."
Indeed, what a joke.
I suppose China is extremely bureaucratic but - like in so many things - the people actually get good ROI, so to speak.
Last edited: Nov 29, 2020
C

cat said:
I suppose China is extremely bureaucratic but -
Click to expand...

I think Bureaucracy started in China only and went to Europe from there. Historically China had concept of civil service exams way back in Sui and Qing dynasty 500 CE.

Living in the Chinese Cosmos | Asia for Educators

'One day everyone will use China's digital currency'

Chandler Guo was a pioneer in cryptocurrency, the digital currencies that can be created and used independently of national central banks and governments.

In 2014 he set up an operation to produce one of those currencies, Bitcoin, in a secret location in western China.
"Mining" Bitcoin is a power hungry enterprise involving dozens of computers so he used power from a hydroelectric station, in partnership with a local Chinese government official.

[That seems like corruption?]
At its peak his machines were capable of mining 30% of the world's Bitcoin. He believed Bitcoin would one day change the world and replace the dollar.

But now he sees a new force emerging - a payment system created by the Chinese state and known as Digital Currency Electronic Payment (DCEP).
It's really a digital version of China's official currency, the yuan, and Mr Guo feels DCEP will become the dominant global currency. "One day everyone in the world will be using DCEP," he says.
"DCEP will be successful because there are a lot of Chinese people living outside of China - there are 39 million Chinese living outside of the country.
"If they have a connection with China they will use the DCEP. They can make DCEP become an international currency."
But many question whether it will succeed and there are concerns that it will be used by Beijing to spy on citizens.
You must log in or register to reply here.
Share:
Facebook Twitter Reddit Pinterest WhatsApp Email
Top