All you want to know about "Raid De Himalaya"

I completed this.. now it will be more fun to read the Raid logs

sanuroxz said:
I completed this.. now it will be more fun to read the Raid logs
Click to expand...

won't help...as Raid log is about Xtreme and this article is about Raid Adventure

Then where is Xtreme details ?


mindless wanderer said:
won't help...as Raid log is about Xtreme and this article is about Raid Adventure
Click to expand...


2002 was when heard of it from my boss who retired from the racing scene after a terrible accident at Raid de Himalayas. 2007 the named popped up again when I met Prashy who had just returned from raid and all I could do was drool on his bike. That moment onwards every time I would hear the word Raid my ears would stand up. I took suggestion from lot of people and bought myself a Hero impulse. 2015 I finally registered myself in Alpine and started preparing myself. I ran in the group D which is for stock bikes without any changes. Me and my Ashish landed at chandigarh where our stay was arranged by our friend Jojo. Next day we picked ours bikes and met with our back up team. By evening we left Chandigarh and headed for Shimla. Reached Shimla at night and next day morning we went to raid office as there was some discrepancy in the form I had submitted. By the time we were done it was evening and we were running a day late on our recce. We got the GPS fixed on our bikes, started late in the evening and stopped before the start of the first leg. The first day had 3 stages which we planned to do in one day. Next day we did the first and the second stage and as it turned dark we decided to halt in a village called Ani. Next morning we did the third stage, the Jalori pass. This is where I realised my bike was losing power and wasn’t climbing well. We lost lot of time because of the traffic on the road and due to our GPS glitch. We reached mandi and halted there for the night. The 3 stages that we had done in 2 days were supposed to be done in a day apart from riding to Manali. We had lost lot of time and had no other choice so we headed back to Chandigarh to get our bikes fixed. Next day morning we reached the Hero service centre where they said they didn’t have parts for our bikes and were not sure if our bikes would be ready by end of day. So our friend Jojo took us to his local mechanic with whom we sat the whole day and fixed our bikes. We were 5 people competing this year for 17th Raid de Himalayas from our club and one of them Bruce arrived that night and met up with us. We went back to our hotel and met with Junaid, Vishwas and gang who were competing this year too. We chatted that night over few drinks while Junaid and gang shared their tips on rallying. Next morning we got our bikes washed and went and dropped our luggage in the back up vehicle. I had taken backup from Raid Legend Yogesh Lakhani who was kind enough to guide us every time needed any help. By the time we left chandigarh it was 7pm and we had our scrutiny next morning. Me, Bruce and Ashish rode along while Bruce’s dad was driving ahead of us in the backup vehicle. Once we reached the ghats suddenly Bruce’s chain broke and the spares was in the car ahead. Once his dad came back for us we replaced the chain in the middle of the ghat and started our ride in the dark. By the time we reached Shimla it was 2am at night we found a hotel and crashed. Next day early morning I got up cleaned the bike wore my riding gear and took the kit and reached the parc ferm at 8.30 got our scrutiny done and were asked to report at Hotel Peterhoff. We got our accommodation details and next day was the press event followed by the briefing. After briefing we reached the hotel and while Ashish and busy where were busy working on their bikes. I went to get some copies and other things sorted. The Mahindra scooters , tvs, ceat and lot of other teams were staying in the same hotel. Shamim khan was flying with his scooter on the hotel slope where my Impulse would barely climb. The team TVS mechanics were working on the bikes nonstop. Next morning we had the start sothat night everyone had to sleep with the butterflies in their stomach. We slept by 2am and were up at 2.45am to report to the perc ferme by 3.30. 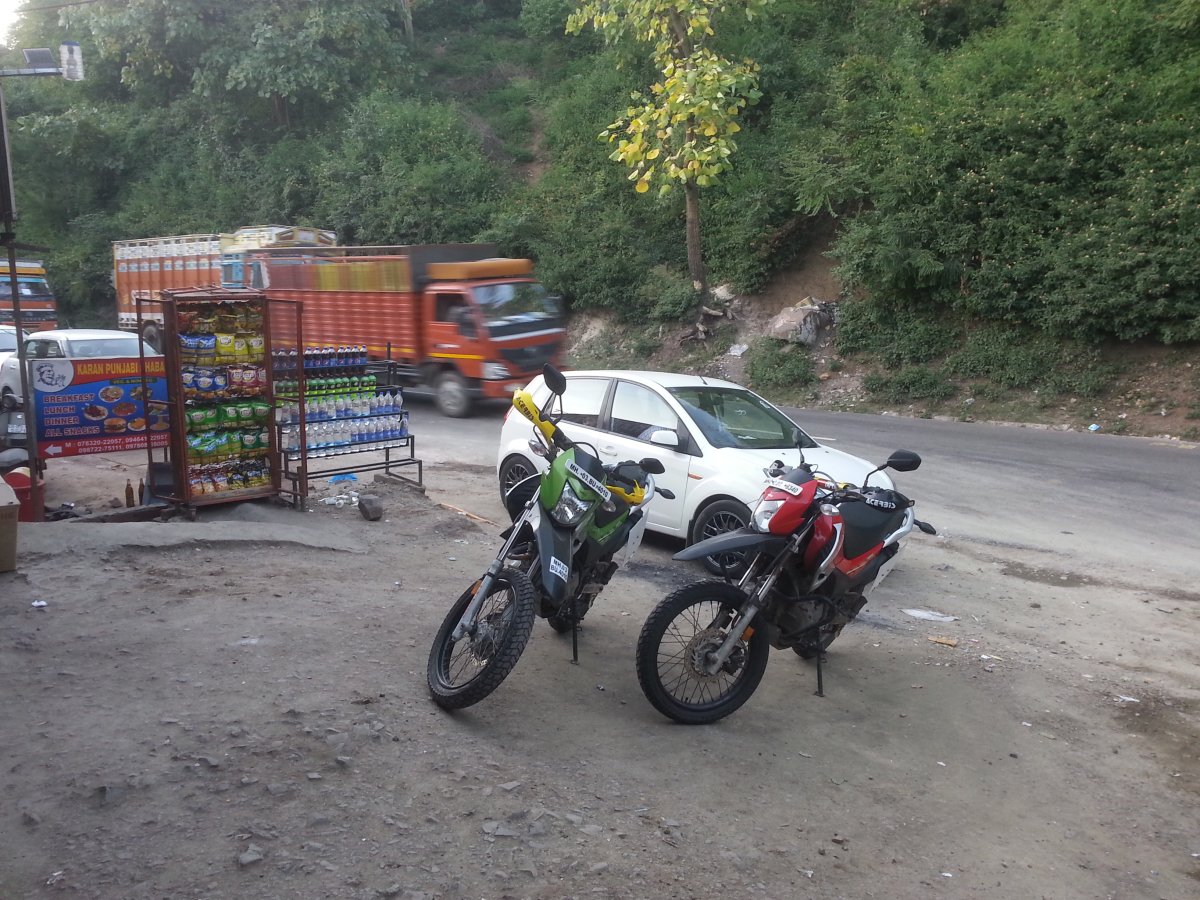 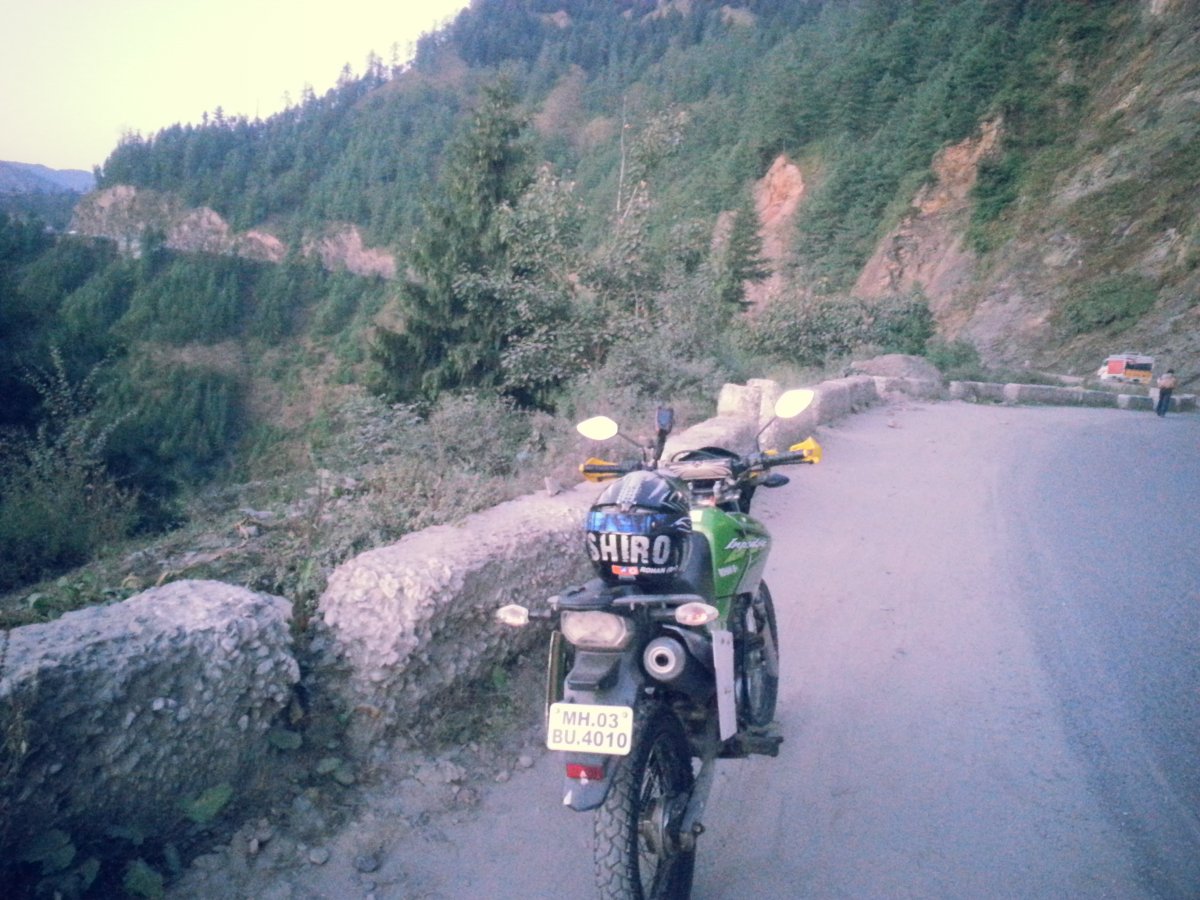 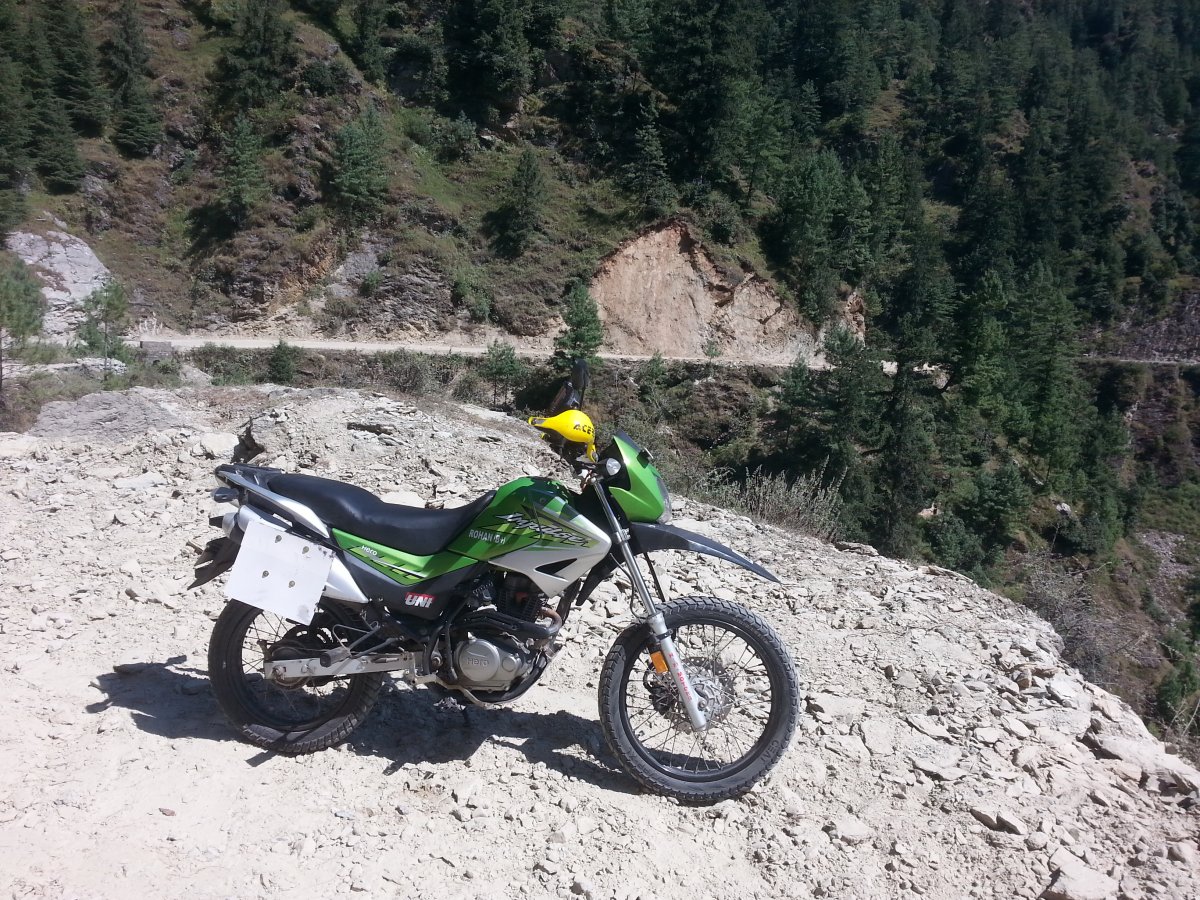 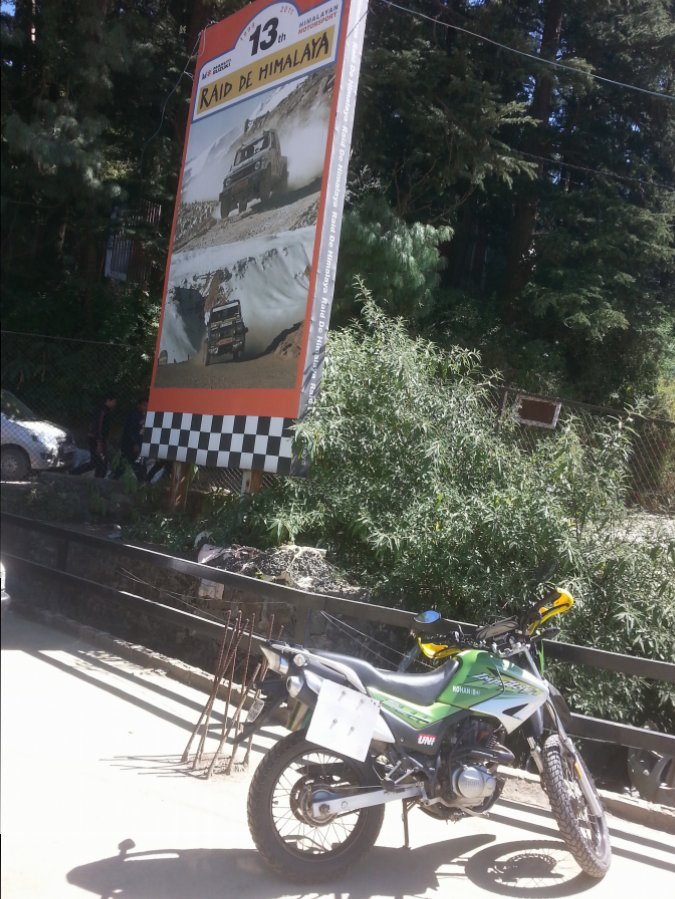