rameshtahlan said:
So you boarded the train on 14 Mar 2020. And i am still guessing.

I still wish you would start your introductory with some proper month and year, like June 2019 or Jan 2015,
However, if you don't want to do it, don't,
I have lost interest in this story.
so please continue what ever you want to do.
it was a simple request, but appears that is a heavy burden to you.
Click to expand...

Obviously it is 2020 March. Please don't stress yourself. We are all in a very critical and uncertain condition at present ( April 2020), economically, mentally, physically and etc etc. So we should ignore trivial issues.

I read your posts. You are truly an adventure tourist. I am not that keen one to start writing from the packing to the last step of reaching the threshold of my home. I am really impressed by your packing.

I am sorry that you lost interest, I thought that it is an inevitable fact that if I give the reference of Corona pandemic a reader will guess its year( may be I was wrong ), specially when it is a current and unique situation( at least in my life time, btw I am 56+, solo, female traveler, almost sathiyane ki umr). If I would go in the year of Tsunami or in the year of any such kind of natural disaster of far or near past, I would surely mention the year.

Beautiful log depicting new experience in a seasoned travellers life along with narration of a solo travel. Bravo.

Sent from my SM-J730GM using Tapatalk
A

Complete kya kare, trip to incomplete raha. Main Nako pauchhi, wahan se wapas. On 19 th March 2020 I stayed at Nako. I was asked to leave HP. Next day I came down to Kalpa by bus. Arranged my air tickets for 21st March, On 20 th evening I reached Shimla and the next day I boarded flight from Chandigarh. 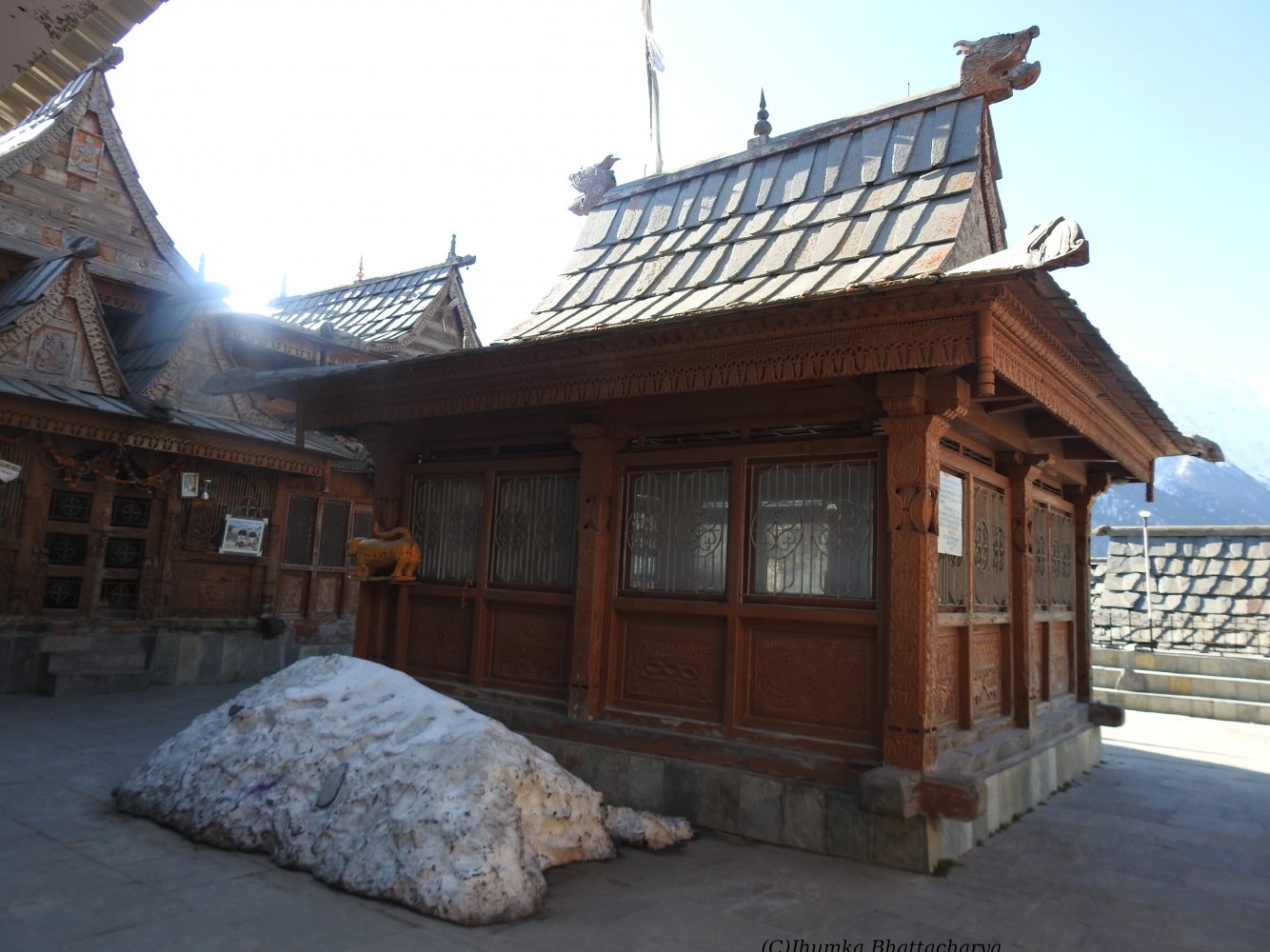 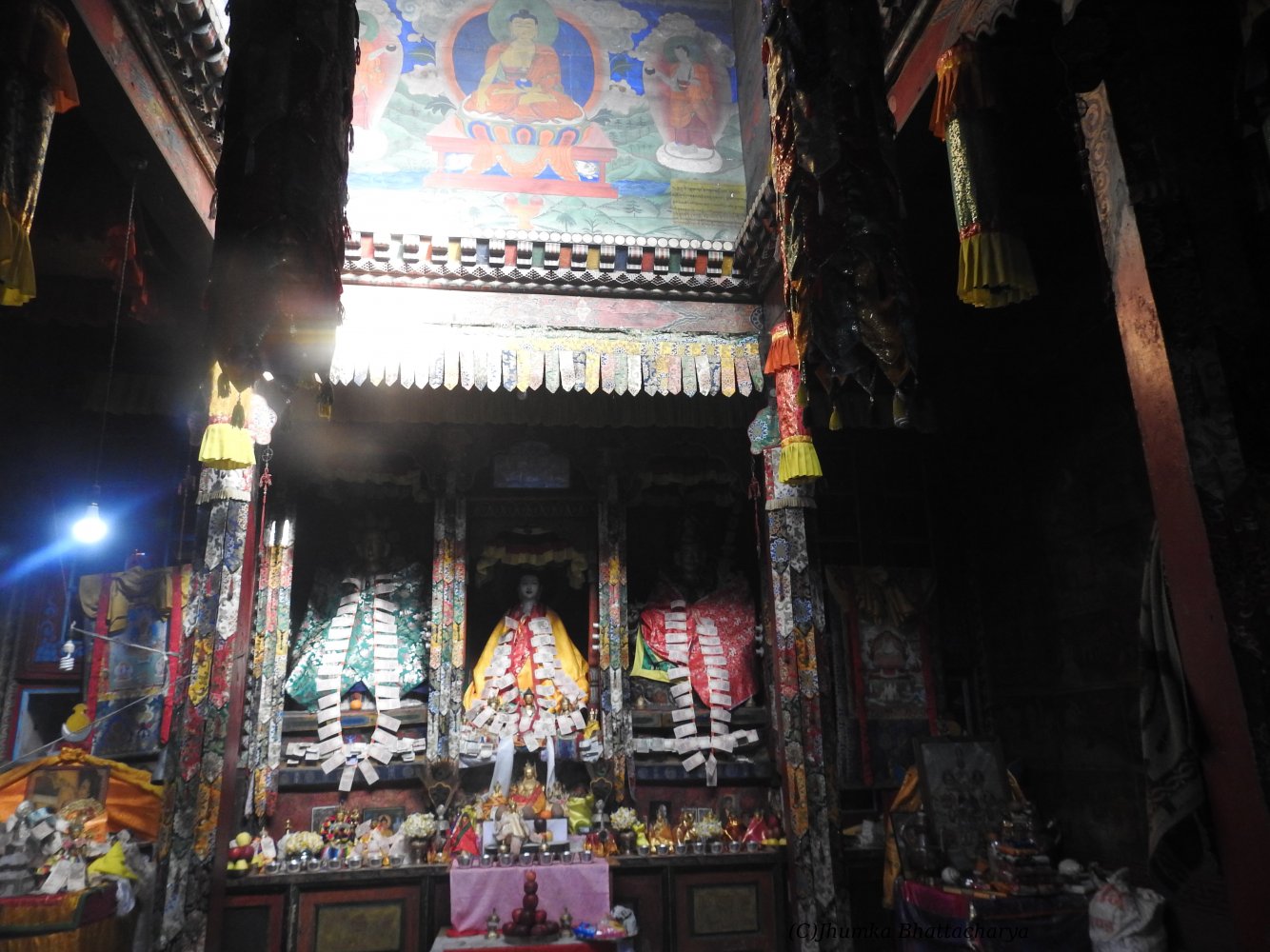 Inside the Buddhist Monastery, Kalpa. 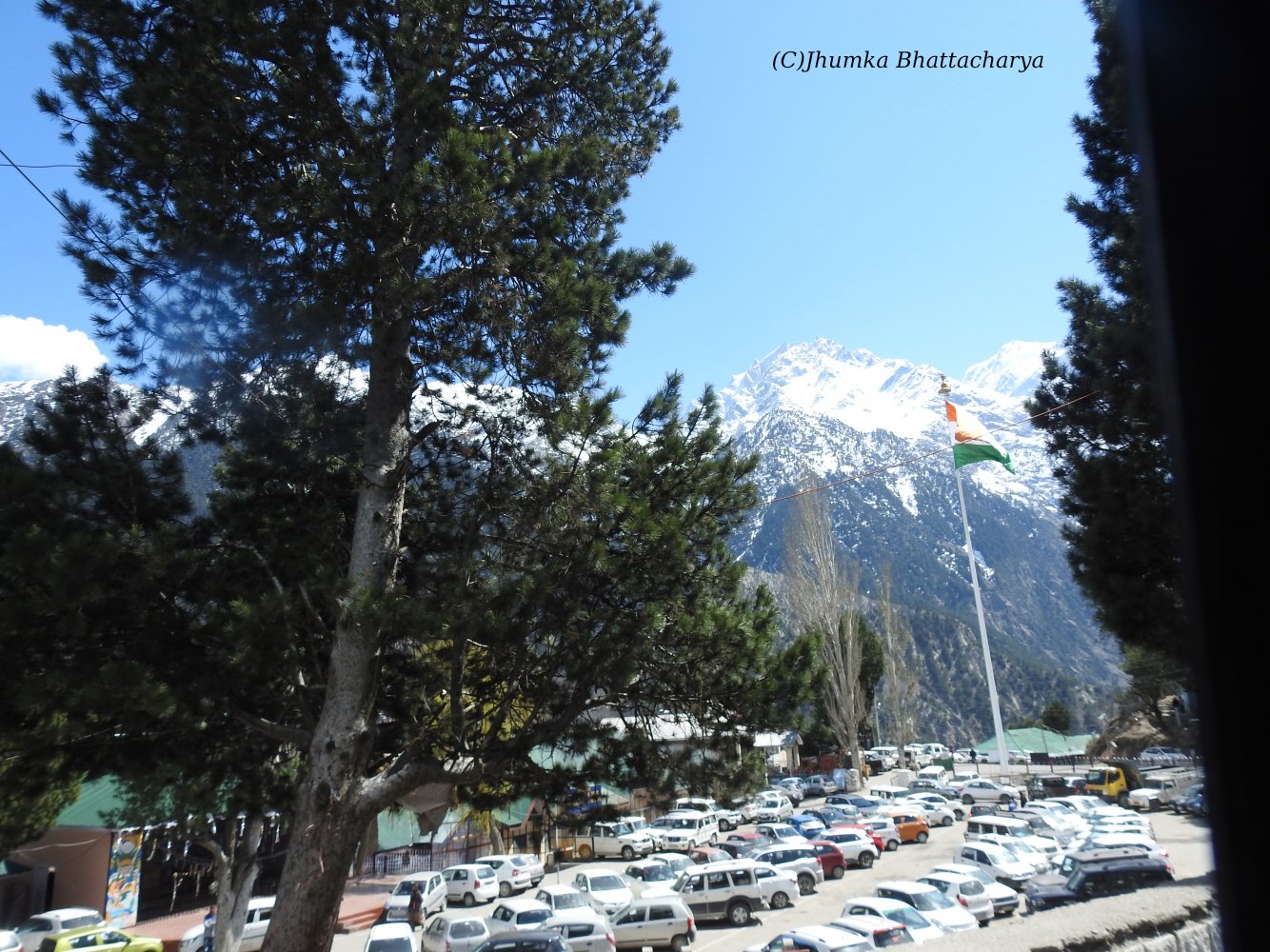 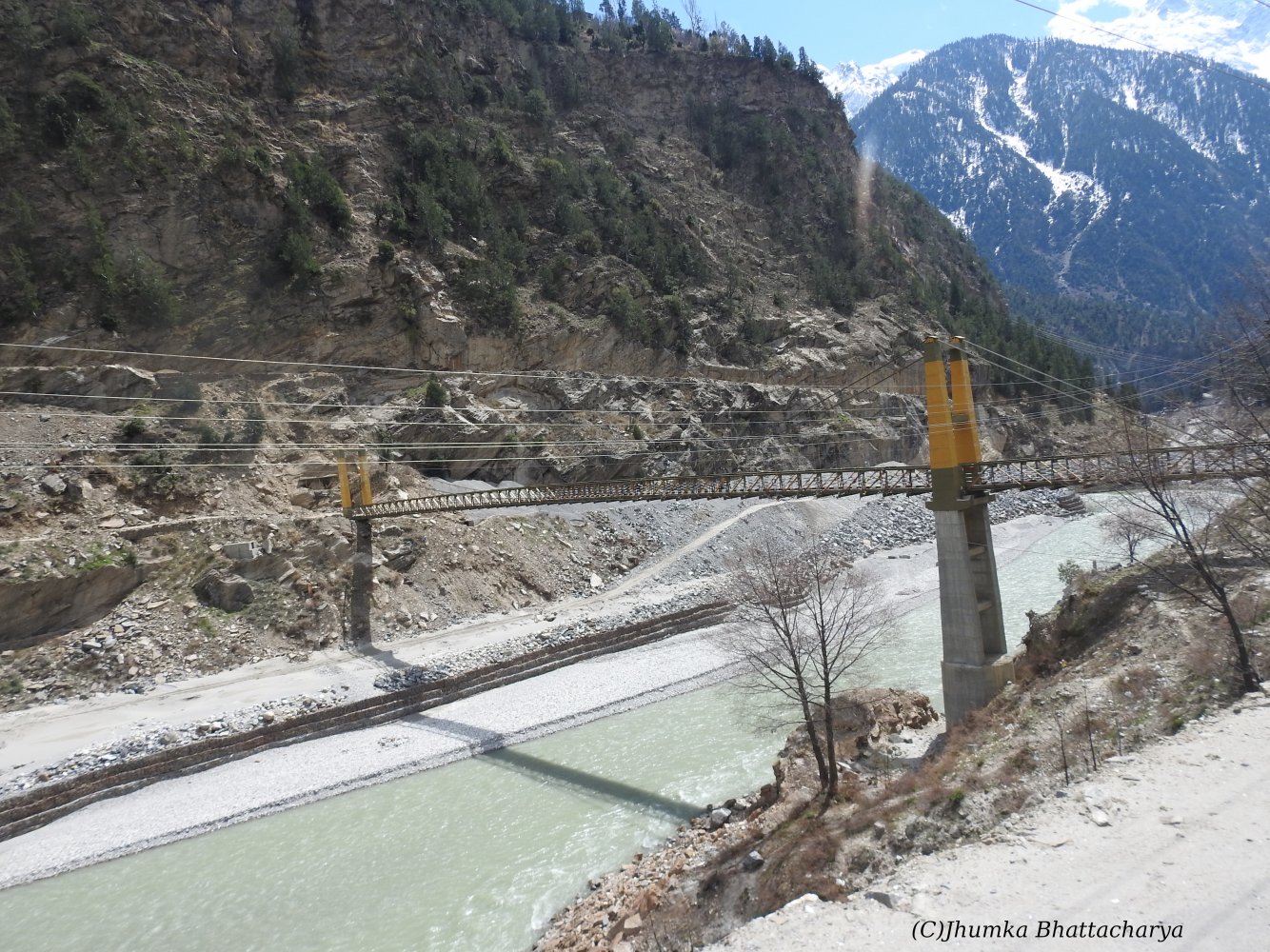 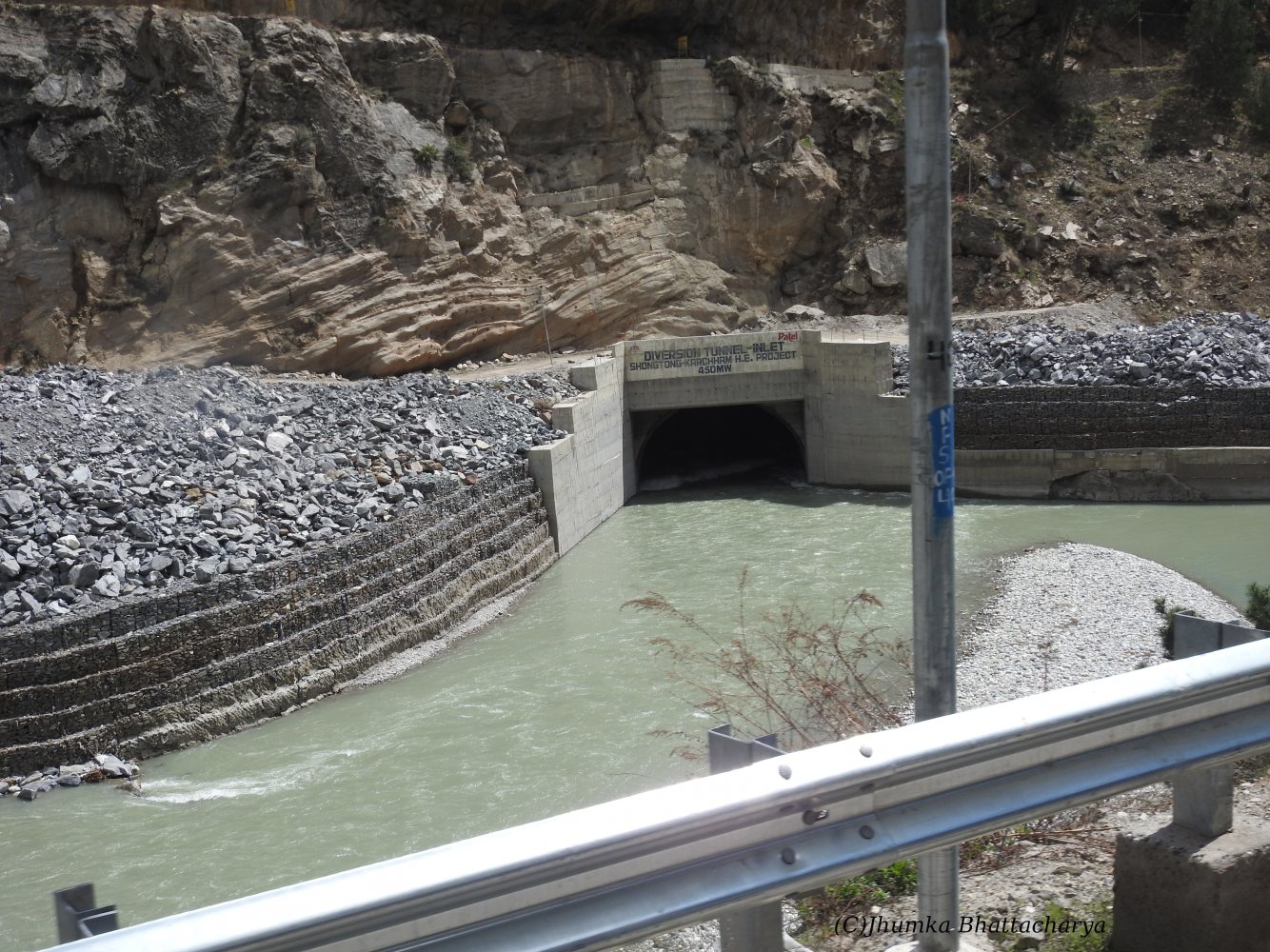 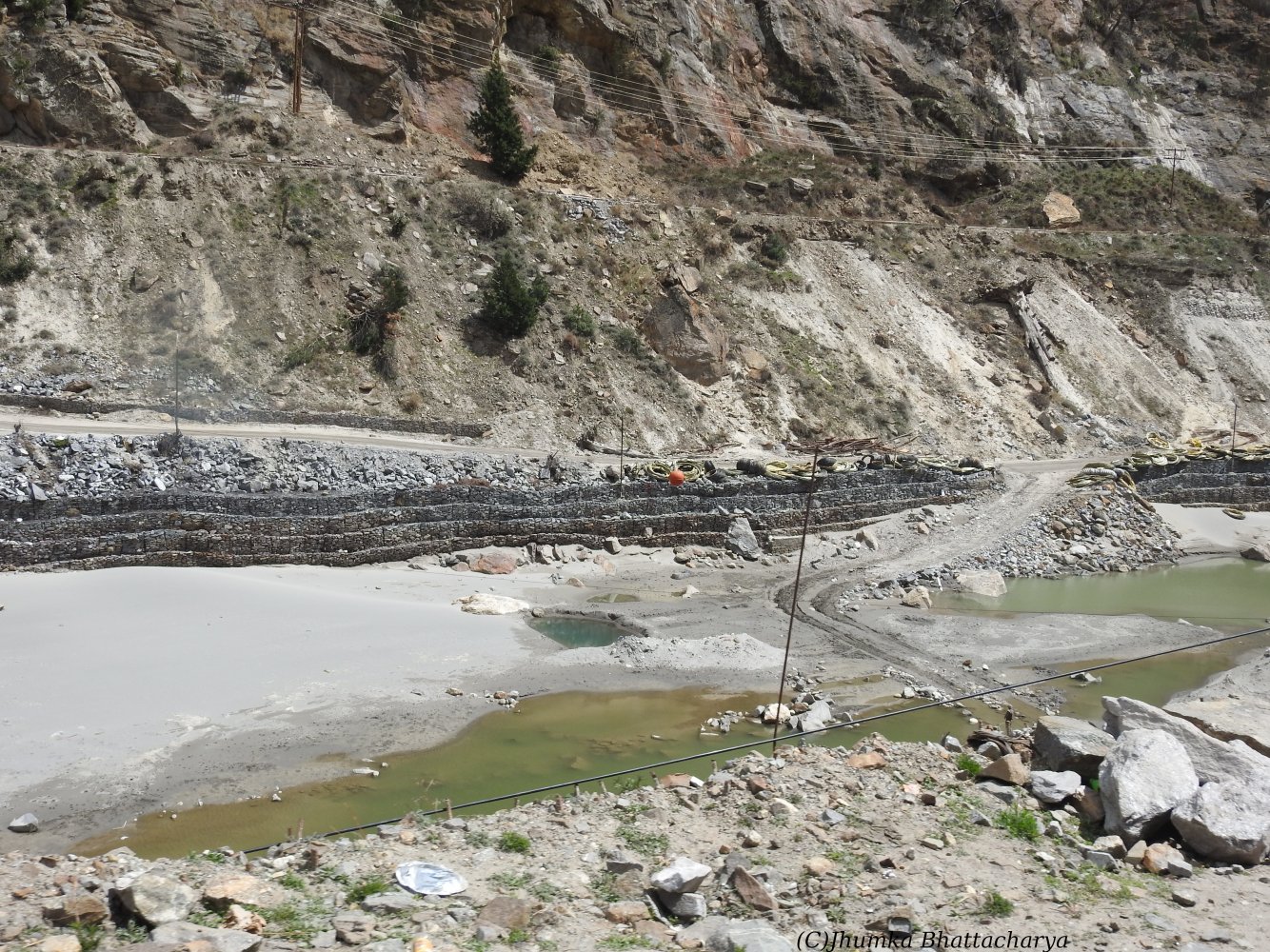 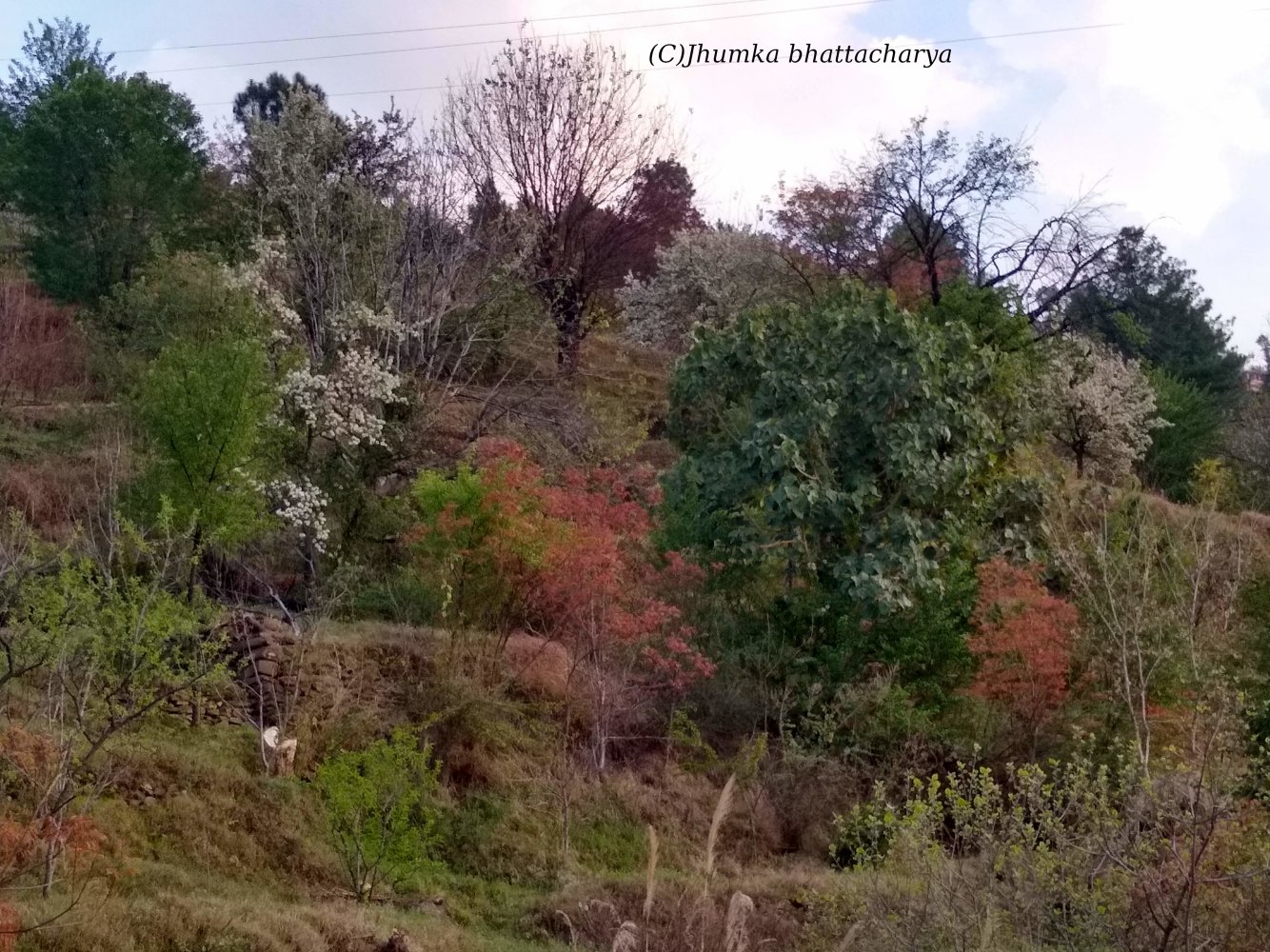 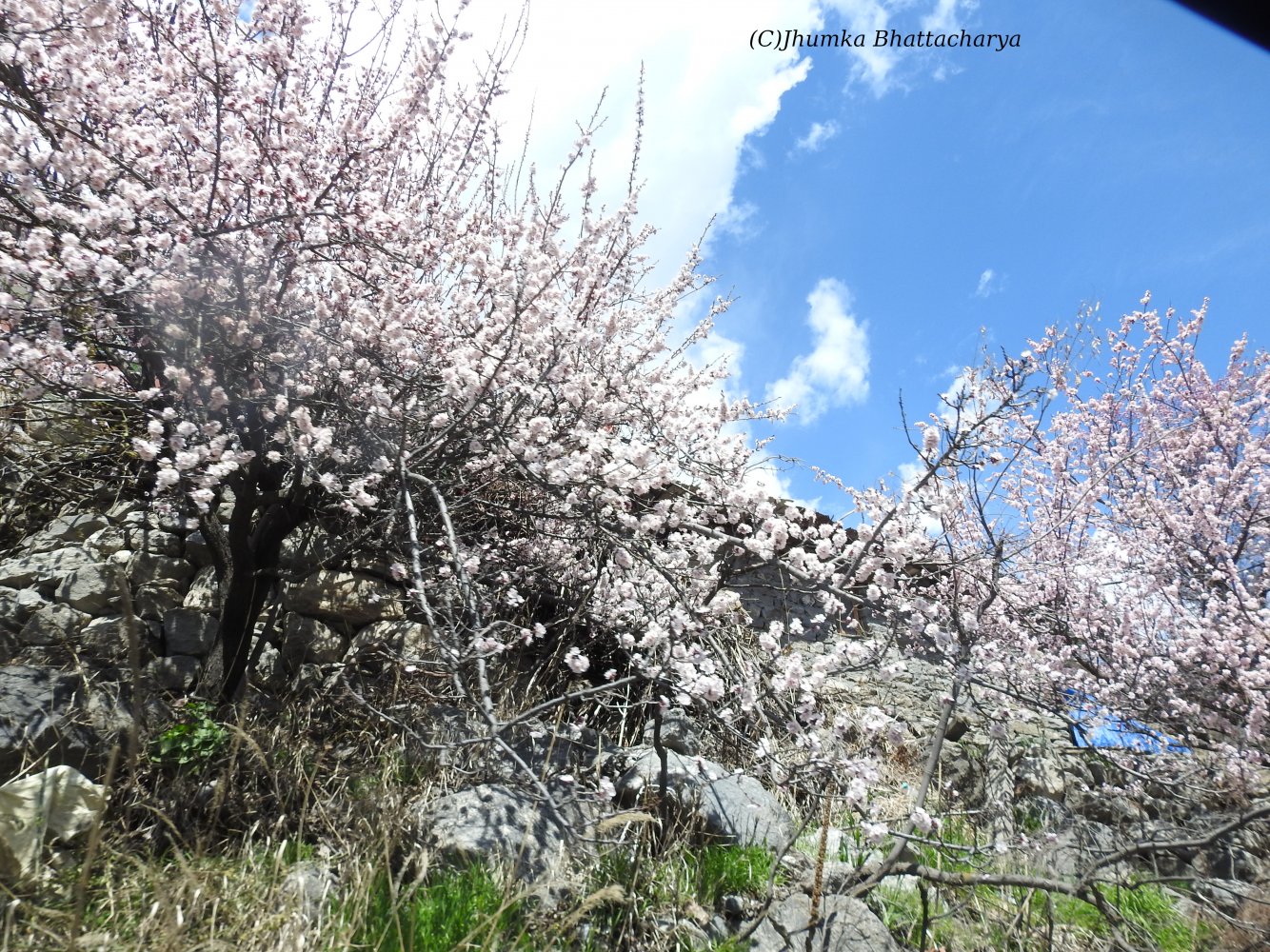 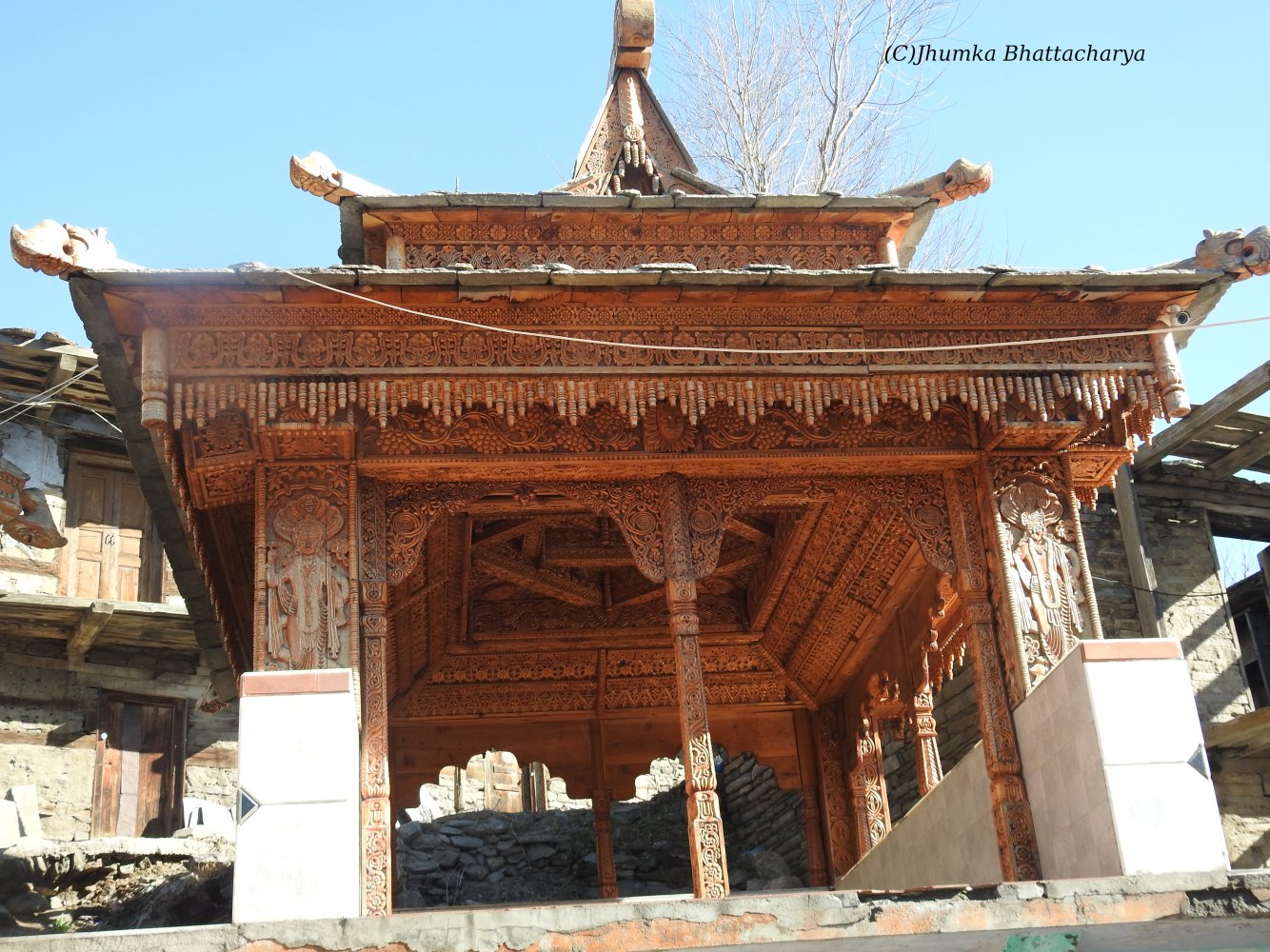 Beautiful wood carvings of the temple. 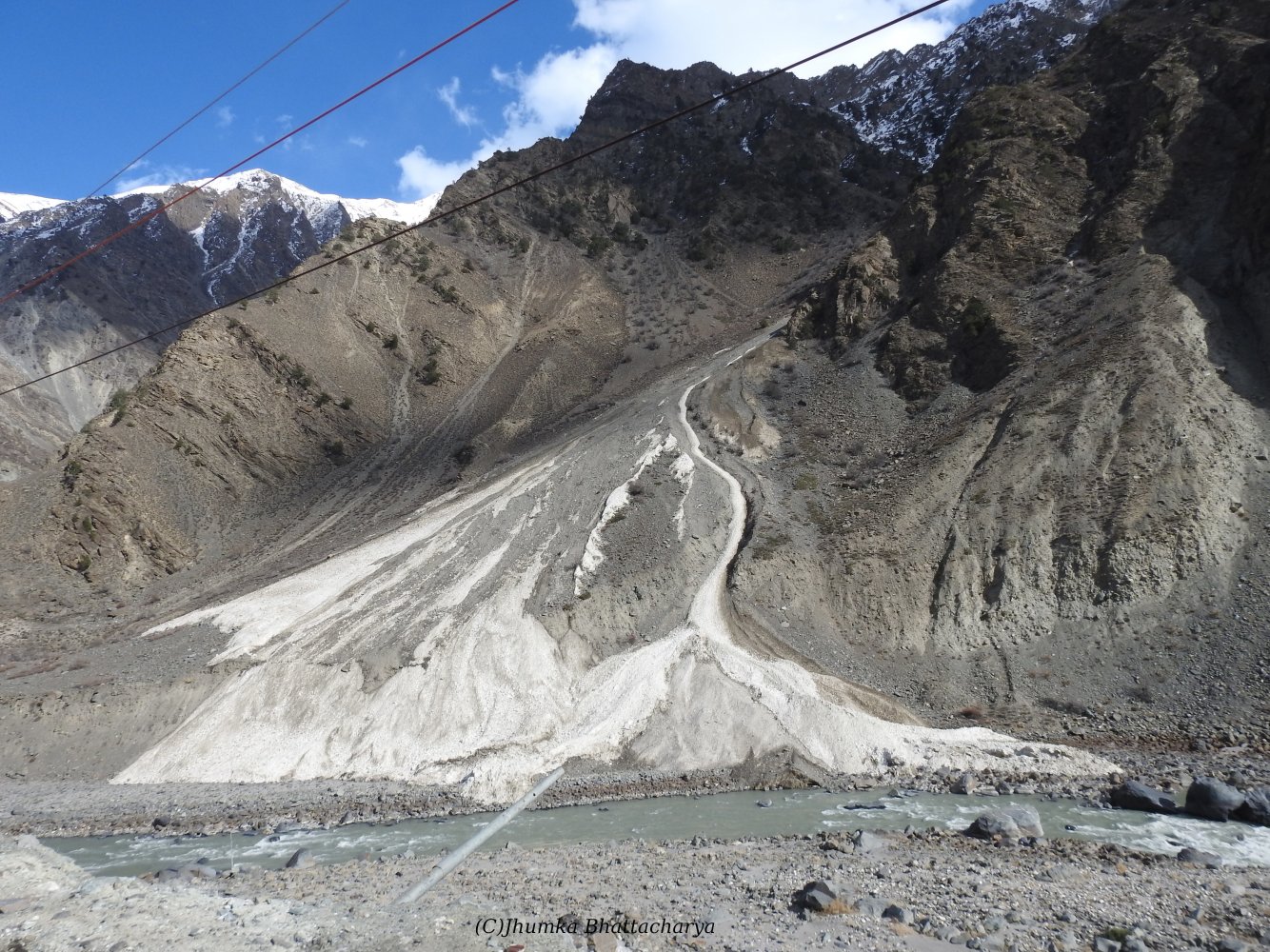 One of the innumerable glaciers on the way to Nako 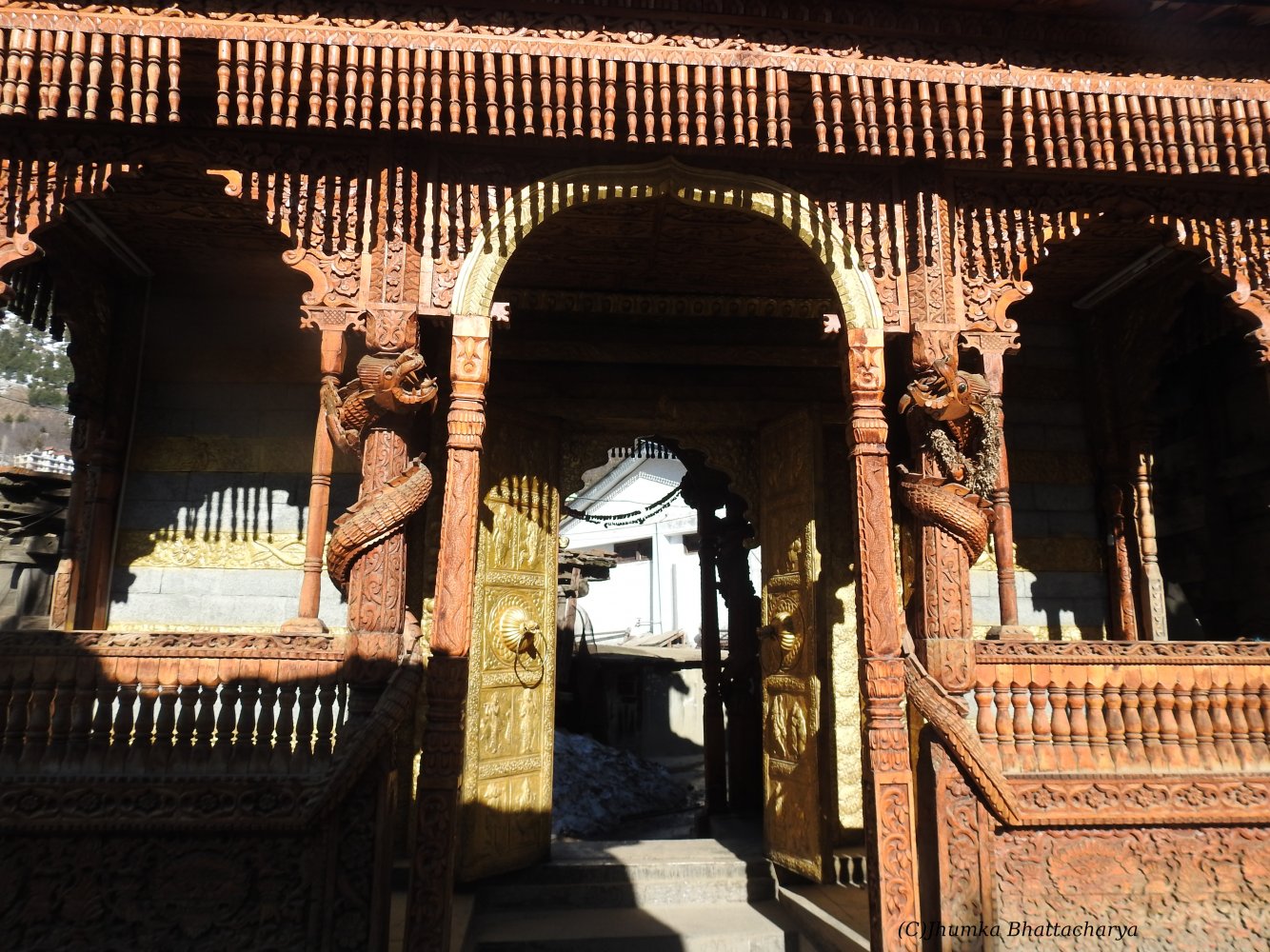 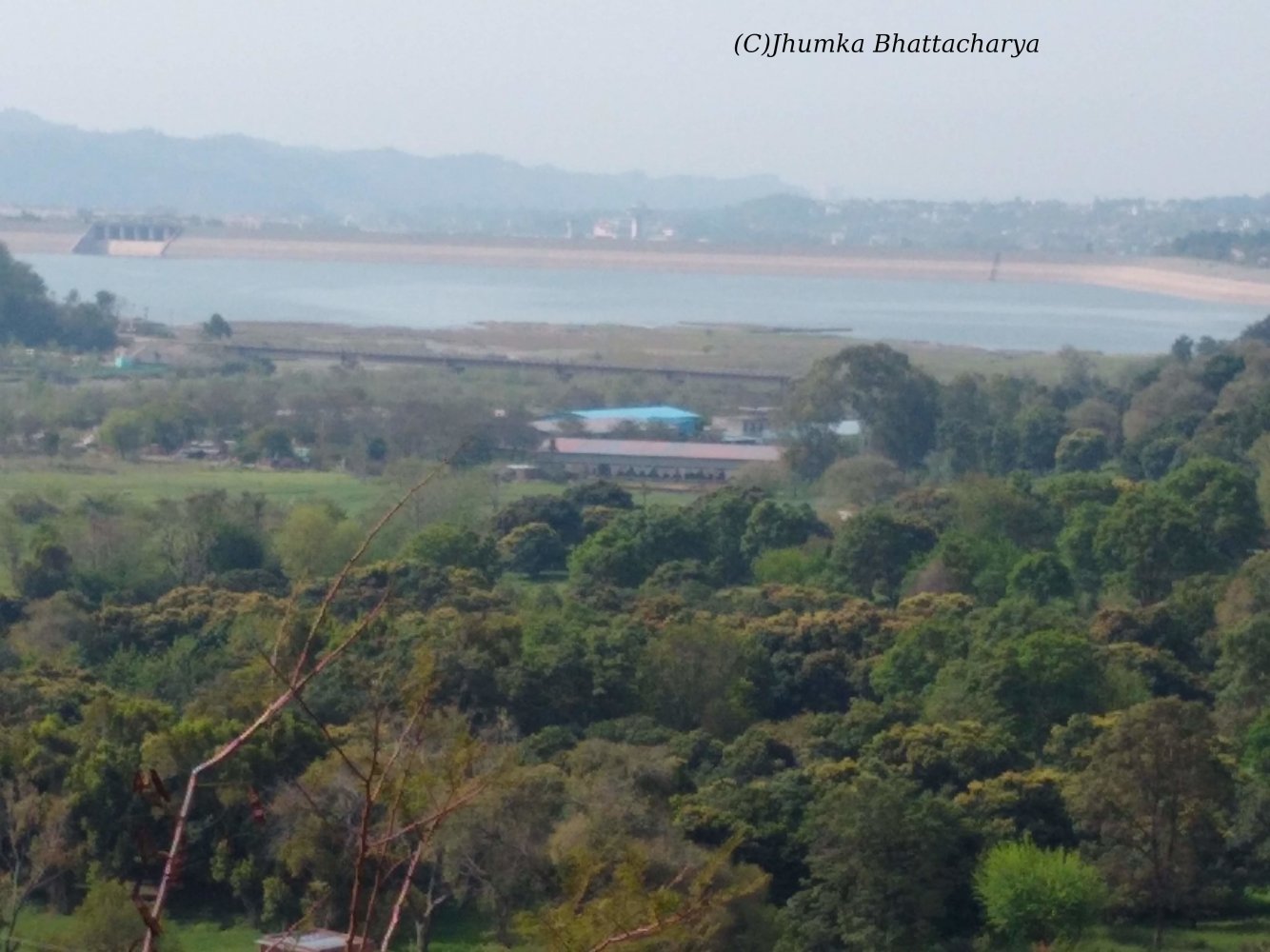 Well, perhaps everybody is looking for a, or the, story, not only photos.

mousourik said:
Well, perhaps everybody is looking for a, or the, story, not only photos.

BTW, no offence is meant towards your blog - that is really a nice one.
Click to expand...

If I write in details it will become a novel. In fact every tour is full of experiences, mostly good, very few bad. I don't know if anyone likes to read.

Actually I am not fast in typing, and writing twice is a kind of pain. Mostly people are afraid of reading, it is my personal experience.
I am trying once as now i have some time in my hands due to lockdown but I have doubts whether anyone will read it except you. Like you read others' post too while reading like me but mostly people don't. They ask the same question that is replied already makes my conviction strong.
Okay lets give a try

When I buy tickets for a trip means I am determined to travel and cancellation means breaking of heart and crying all day for few days. I resumed my second phase of traveling after 25 years. I can not trek due to my health issues and traveling in Himalayas is all about walking up and down 5 to10 kilometers daily whether you trek or not. So my intention is to cover parts of Himalayas as much as possible till I get crippled. This time it was to witness winter Spiti and Pin vallley.

Ticket was bought four months ago on the opening day of booking as getting reservation in the lower berth of AC 2 tier is a difficult thing specially when there is only one direct train from Kolkata to Kalka. In the mean time Covid -19 arrived ( March 2020 ) I was warned by some people. but I boarded the train with the thought "lets give a try" (14/03/20).

I reached Kalka on time (16/03/20) and I caught a shared Taxi from Kalka bus stand. My plan was to catch Rampur HRTC bus from Shimla. But I felt nauseated due to empty stomach in the early morning and the stinking smell of the train toilet that stuck in my nostril. So I thought I should not undertake another long road journey. The taxi dropped me at the old bus stand. I saw a hotel board and I walked towards it. I got an accommodation at an affordable rate. Normally I forget the names of the hotels, but this time it was a different situation. Name of the hotel was Rajdoot. I visited mall after breakfast, and Kalibari in the afternoon.

Next day early morning (17/03/20) as per information of hotel help desk, I caught a shared jeep of news paper service and reached Recong Peo at 12 PM. Those jeeps not only carry news paper, but also carry other merchandise too with local people. First part of the journey was with mashoom bags and at Rampur the newspapers were transferred to another jeep with myself, which was waiting there. Next part of the journey was with coriander leaves bags. The jeep dropped me at the center of the town. So I waited there for local bus to go to the main bus stand. There I managed a room. The hotel boy informed that no tourists was there due to off season and the rumor of Corona pandemic. I enjoyed a serene day roaming around the town. It was pretty cold at day time too, night temperature was subzero.

Next morning (18/03/20) I tried to Catch Kaza bus at 7AM which came from Shimla, but the bus was filled with a trekker group and the students of Spiti, as their schools suddenly closed due to Corona Pandemic. I felt a bit disappointed, but came to know that there was another bus for Sumdoo at 11AM by which I could reach up to Nako. Nako was in my itinerary while returning. I took that bus ticket and reached Nako in the evening. At the bus stand I heard that the Spiti hotel owners and local administration had decided to close all establishments for tourists. So the tourists ( whether national or international) had been sent back. The hotel owner lady informed me to go back next day. The room was good but bath room was locked, because water and drainage pipes were frozen and blocked. There was a toilet outside the building which was quite away from hotel room. I am always scared of dogs at night, specially in the hill areas, I have few terrible experiences. I took a small quantity of food and water at night.

Next day(19/03/20) I woke up at 6-30AM. I went out to take pictures, as soon as I put off my gloves my fingers started getting blue with pain. But the beauty of white Nako was mesmerizing with the rising sun. Last year(September 2019) I went to Nako but it had been mostly arid with few greenery. After having a cup of tea I went to visit Nako lake. It was completely frozen. Few dogs were playing on the ice. I took some snaps and came back because I had to catch bus to go back. While taking breakfast I came across 3 motorcyclists who were also going back. They informed me they had not been provided accommodation at Kaza previous night, so they had to stay at Dhankar. The bus came for Peo. There was few vacant seats. I boarded it and reached Peo in the afternoon. I took another bus to Kalpa. I thought to take a day rest at Kalpa, because I was feeling tired. When the local bus dropped me at Kalpa I was pretty nervous. No hotel could be seen open. Luckily I found some people on the balcony of a building at a distance. Nearing there I found that it was a hotel (Hotel Destination). I reached and was accommodated in a room with balcony on the 3rd floor. Another group of tourist came there in a traveler bus. They had children, teens and infants in their group. There was another family of four who came to visit Kinnaur. A Facebook friend of mine, who is also a hotelier in Kalpa, talked to me through Face book and then called me and persuaded me to go back. I understood it would be a mess if I stayed there. So I asked my son to get the flight ticket. It was though possible but very strainuous and expensive to get down next day to Chandigarh. So I asked him to book ticket for 21st March Saturday, the previous day of the PM announced self imposed curfew.

Next day morning(20/03/20) I visited Narayan Nagini temple of Kalpa and the Buddist Monastery. I took local bus after breakfast to reach Peo. I knew that there was a bus for Shimla at 11-30 AM from Peo bus stand. The family of four also went back to Shimla by thier hired car, they had flight on Sunday. But I am still worried about the group because their leader was determined to finish the trip covering Manali and Amritsar. I reached Shimla at 8 o'clock in the evening. I went to the same hotel, they were happy to see me back and provided me a luxury room at an economic price. I bathed properly after 3 days and had dinner.

On 20th morning I hired a car to reach Chandigarh Airport. On the way I bought masks, gloves and hand sanitizers because I knew it would be scarce in Kolkata. At Lucknow airport all food shops were closed. At last I reached Kolkata at 7 PM. Dropping my bags I rushed to market to buy vegetables, fish meat and egg. There was such a rush in the shops as if next day would be the Dooms Day. My return ticket in train was on 27th, it was cancelled automatically by IRCTC.