Boeing 737 Max grounded, Jet Airways left with less than 70 planes & high fuel prices. This is going to lead to high flight prices during the summer holidays this year. This in turn would likely make foreign holidays seem more affordable than holidaying at places like Ladakh in India.

Leh administration asked to remove all structures around Pangong Lake
“Not only this, a scheme/policy is also important to be formulated by the state government, if not already formulated, for preservation and conservation of Pangong Lake,” the court said.

The direction came after the court observed that the administration is required to take well planned, sustainable and scientific steps to prevent degradation or ultimate death of the lake.
“Not only this, a scheme/policy is also important to be formulated by the state government, if not already formulated, for preservation and conservation of Pangong Lake,” the court said.
The court held the district administration should also endeavour to save, protect and preserve the flora and fauna in and around Lake.
“Insofar as bore wells and hand pumps are concerned, the administration shall seal all bore wells and hand pumps which are operating illegally, unauthorisedly and without permission from the authority,” it added.
Observing that the lakes are an important feature of earth’s landscape, the court said these water bodies are extremely valuable ecosystems and provide a range of goods and services to humankind.
Pointing out that Pangong Lake is one of the biggest tourist attractions of the country, the court said: “Pangong requires preservation and conservation from being contaminated and polluted under the guise of developmental works, construction and erection of structures around the lake”.
The court issued the directions after it was informed that several camps, restaurants and other structures have been set up illegally along bank of Pangong Lake without any permission, generating all type of effluents and contaminants which pose serious threat to the very existence of the lake besides threatening the ecologically fragile region as also the wildlife.

Leh administration asked to remove all structures around Pangong Lake

LEH: The picturesque Pangong Lake, which falls under Changthang Cold Desert Wildlife Sanctuary, in the eastern part of Ladakh is yet again in the limelight after residents of Spangmik, a village located near the famous lake, reportedly marched towards Chinese border on Wednesday morning in protest against District Administration’s demolition drive to dismantle illegal tourist camps near Pangong Lake.
According to sources Spangmik residents left their livestock locked at home and marched towards Chinese border. They were later stopped by Army at Border Personal Meeting (BPM) Point.
Councillor Chushul Constituency Stanzin Konchok said that Pangong dispute has been there between the administration and residents for quite sometime and administration should find an amicable solution without hurting the sentiments of local residents of the villages around Pangong Lake.
While former Councillor of the area Tsering Angchok told on phone that the administration carried out demolition drive in the area and destroyed number of tourist camps owned by locals. He claimed that administration didn’t demolish Wildlife Department structures raised in the same area and said that rule should be same for all. Terming the situation as critical Angchok alleged that it is an injustice to the residents of the area for not being allowed to carry out business activities on their own land.
District Administration has reportedly allotted alternative land to the people of the area to raise camps away from the Lake and notice in this regard has also been served several times. Apparently the administration has direction from the High Court of Jammu and Kashmir also to remove illegal infrastructures that existed close to the lake. Meanwhile, it is learnt that the district administration is in the process of sorting the issue out although no official comment was given by the administration.
The picturesque Pangong Lake has been drawing the attention of thousands of tourists every year, mostly domestic, mainly after the release of Bollywood blockbuster film ‘3 Idiots’. Tourist camps established and constructions took place over the last one decade are all said to be illegal and in the past the Wildlife Department had issued notices to the restaurants and camp runners for immediate removal of establishments and even cautioned that department of wildlife protection would be forced to forfeit illegal constructions as the area falls under Changthang Cold Desert Wildlife Sanctuary.
Raising infrastructure on the shore of Pangong Lake in Changthang Cold Desert Wild Life Sanctuary is said to be a clear violation of J&K Wildlife (Protection) Act 1978 amended up to 2002.

Paytm - Credit card to be launched 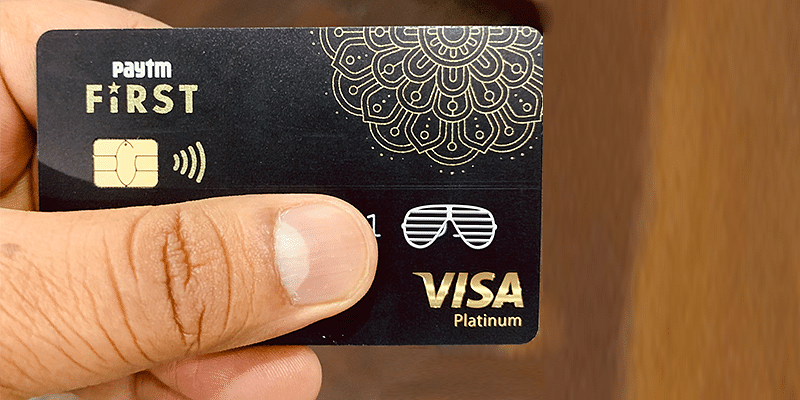 Paytm, which has partnered with Citibank to launch its first contactless-enabled credit card, will provide one percent cash back on all transactions made by the user, without any restrictions.

Sent from my SM-G965F using Tapatalk

Over 2,000 tourists stranded after landslide near Manali

Over 2,000 tourists have been left stranded near Manali after a landslide cut off their route back into the tourist town on Friday, authorities said.

The landslide occurred beyond Gulaba, authorities said, leaving some 600 tourist vehicles stranded between Gulaba and Marhi—a place that is 36 km from Manali. Heavy rain on Friday reportedly forced authorities to restrict tourists to Marhi.

Authorities allow tourists up to Marhi until Rohtang Pass—which is some 15 km away—is opened up for the summer. Kullu administration was supposed to open Rohtang up for tourists on May 15.

With Border Roads Organisation’s machinery posted near Rohtang Pass also cut off, the local administration said clearing the road was likely to take longer than usual.

Meanwhile, some tourists have begun to walk down toward Manali, authorities said. 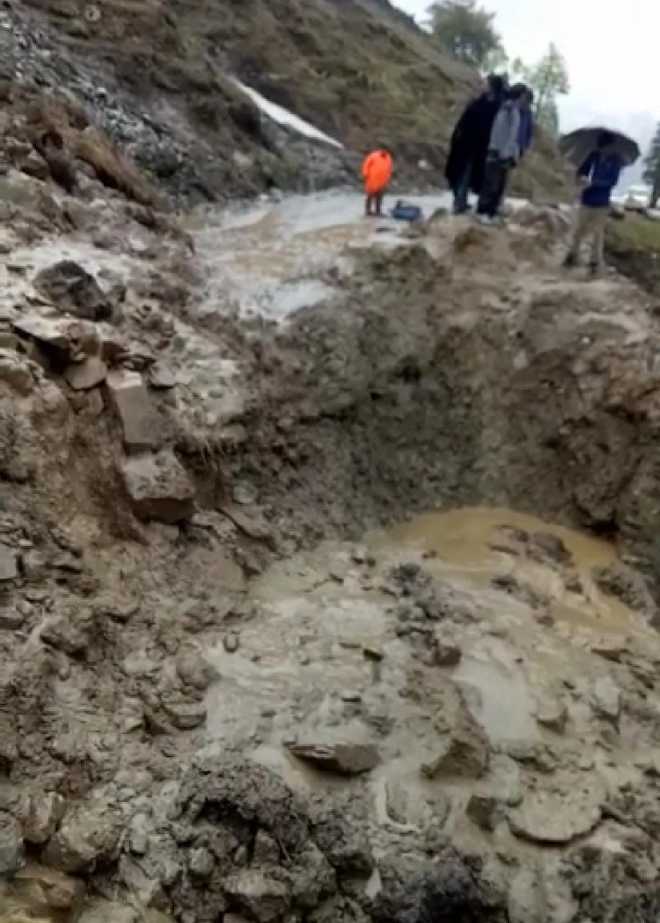 Over 2,000 tourists stranded after landslide near Manali

MANDI: Over 2,000 tourists have been left stranded near Manali after a landslide cut off their route back into the tourist town on Friday, authorities said. The region witnessed heavy rain on Friday. Some 600 vehicles that took tourists to the Rohtang Pass earlier in the day are now believed... 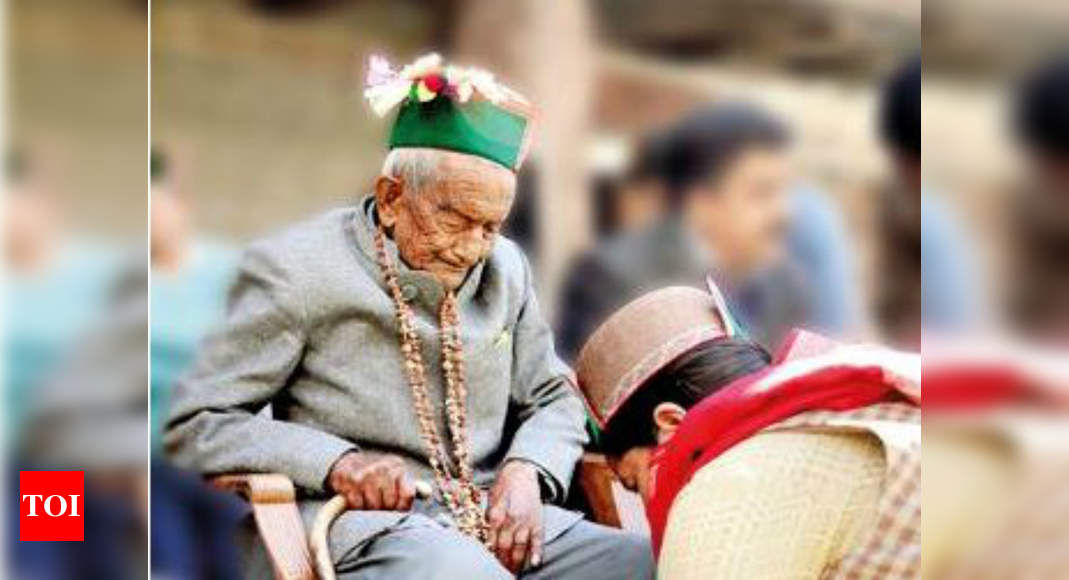 News News: SHIMLA: Amidst sounds of traditional musical instruments and in the presence of senior officials of Kinnaur district administration, the first voter o.

Arunachal Pradesh MLA among 11 gunned down by NSCN militants
Tirong Aboh, the MLA from Khonsa West constituency, was seeking re-election from the seat.
INDIA Updated: May 21, 2019 18:24 IST


At least 11 persons, including the sitting National People’s Party legislator from Khonsa West in Tirap district of Arunachal Pradesh, were killed in an attack by militants on Tuesday.
According to police, the incident took place around 11:30 am at Bogapani, nearly 25 km from district headquarters Khonsa in south-eastern Arunachal Pradesh when the convoy of MLA Tirong Aboh was attacked.
Initial reports suggest the attack was carried out by suspected National Socialist Council of Nagaland (NSCN) militants.
The deceased MLA was also the NPP candidate for the Khonsa West assembly seat. Polling for 60 assembly seats along with the two Lok Sabha seats in the state took place on April 11.
“We still don’t have all the details of the incident. It took place around 11:30 am at Bogapani. Senior officers are at the spot,” said an official at the Tiral police superintendent’s office.
Several family members of Aboh, including his son, are also believed to have been killed in the attack.
In March, a group of NSCN cadres belonging to the Isak-Muivah faction of the outfit had attacked two NPP supporters in Tirap district. One of them died while the other was critically injured.
“The NPP is extremely shocked and saddened by the news of the death of its MLA Shri Tirong Aboh and his family,” NPP president and Meghalaya Chief Minister Conrad Sangma tweeted.
Forty two year old Aboh had contested and won from Khonsa West in 2014 on a People’s Party of Arunachal (PPA) ticket. In July last year, he, along with six other PPA legislators, switched sides to the NPP.
“Extremely shocked by unfortunate incident of killing of Khonsa MLA Tirong Aboh along with several others by insurgents. Action will be initiated to hunt down the perpetrators,” Arunachal Pradesh Chief Minister Pema Khandu tweeted.
Member of Parliament from Arunachal Pradesh and Minister of State for Home Affairs Kiren Rijiju said “strongest action” would be taken against the perpetrators of such an act.
“I’m shocked and saddened by the brutal attack and tragic killing of MLA Shri Tirong Aboh of Arunachal Pradesh, his family including 11 people. Strongest possible action will be taken against those responsible for such dastardly attack,” he tweeted.
First Published: May 21, 2019 16:45 IST


Arunachal Pradesh MLA among 11 gunned down by NSCN militants

Restrictions on the civilian traffic on Jammu-Srinagar highway have been lifted completely, an official said today.
“Following a review of the security situation in the state and of the requirement of security forces’ convoys, the Governor has decided to lift the remaining restrictions on civilian movement on the National Highway (NH-44) connecting Jammu to Srinagar with effect from Monday, 27.5.2019,” he said.

He said the restrictions had become necessary following the movement of security forces on an unprecedented scale after the Pulwama attack.
“The forces were required both for anti-militancy operations and for smooth conduct of general elections. In order to facilitate safe and secure movement of Security Forces’ Convoys, the Government had imposed a prohibition on civilian traffic on NH-44 from

Driving a nightmare on Parwanoo-Solan NH


Traffic jams have become the order of the day on the Parwanoo- Solan where excavation of the hill for four-laning the highway was underway near Jabli and Datiyar.

Since the work was at an advanced stage, GR Infraprojects, which is executing the work, had little option, but to stop the traffic at regular intervals to prevent any untoward incident. This often led to vehicles queuing up for km together on both sides of the highway.

With little option to divert the traffic as the alternate roads were in a dilapidated condition and narrow, the authorities were helpless as they tried to station more policemen to ensure smooth movement of the traffic.

There was little likelihood of the situation improving in the coming days as four-laning work was already behind schedule and more time had been sought till March 2020 to complete the work.

Though the PWD authorities had begun the task to complete the repair work on three alternate roads which could help ease traffic congestion it would take several weeks to complete the work. It was the laxity of the PWD officials in failing to complete this work that traffic could not be diverted and the highway was facing the brunt of traffic jams on a daily basis.