yes it was but now resumed. Just came back from the yatra. Jai Bhole.

Gaurav Dutt said:
yes it was but now resumed. Just came back from the yatra. Jai Bhole.
Click to expand...

Waiting for a complete guide and travelogue !


SUBSCRIBE 152K
Darjeeling (West Bengal), July 11 (ANI):
A massive landslide disrupted NH 10 at Sevoke area which connects West Bengal to Sikkim. Traffic was affected adversely and people are waiting for action by Public Works Department (PWD) to clear the highway. According to an eyewitness, “It’s really unfortunate to see the vehicles waiting in queues to cross the way and there is no way of crossing the road until the rainfall stops.”


Dehradun (Uttrakhand) [India], July 12 (ANI):
Laxman Jhula, the nearly century-old suspension bridge across the Ganges in Rishikesh, was closed on Friday by the local administration citing weak structure due to old age and high tourist footfall.
Uttarakhand Chief Secretary Om Prakash said "From 12th July onwards, the bridge has been closed for the general public. The bridge was constructed in 1923 and now, due to high tourist footfall, the condition of Laxman Jhula is not optimal. Moreover, one of the towers is also distressed."
The closure of the bridge is a precautionary step taken by the administration due to the possibility of accidents as the bridge was operating well over capacity.
A report by Design Tech Structural Consultant said that most of the bridge parts/components are in "fail and collapse" condition. The report has recommended that the bridge should not be permitted for pedestrian movement with immediate effect.
"It is highly recommended that this bridge should be closed with immediate effect: otherwise any big miss happening may take place at any time." the report added.
Laxman Jhula is a 450 feet long iron suspension bridge constructed over Ganga river in the city of Rishikesh. It is one of the landmarks of the city. According to mythology, Lakshman, brother of Lord Rama, crossed the river on jute ropes at the place where the bridge is currently built. (ANI)

Amit Tyagi has posted in BCMT FB group about flash flood in Sangla Valley. Any more news on this? Hope everyone is alright. 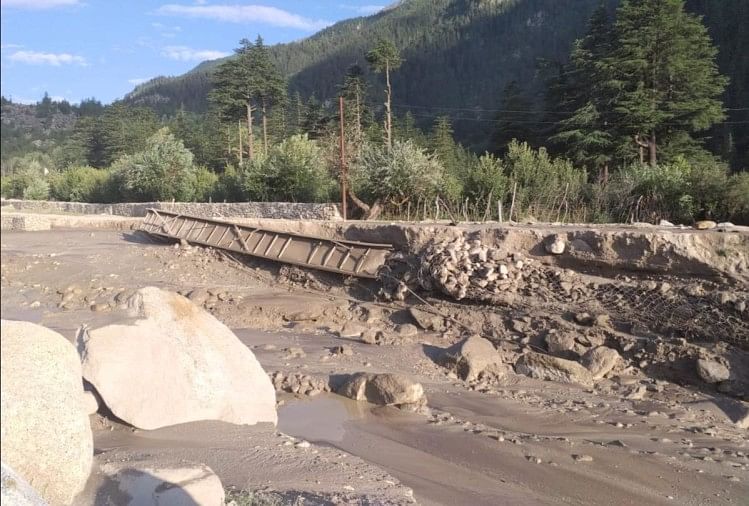 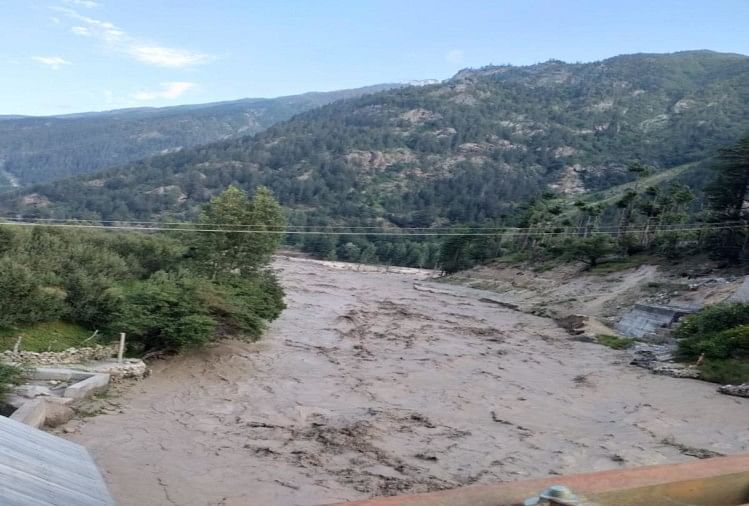 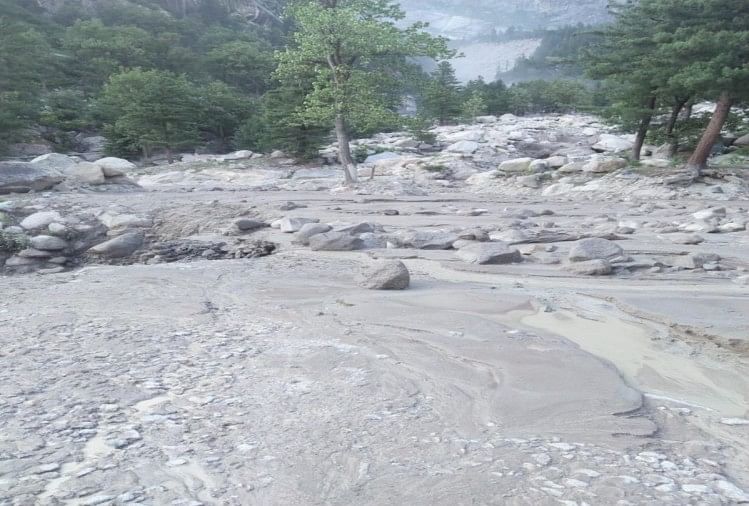 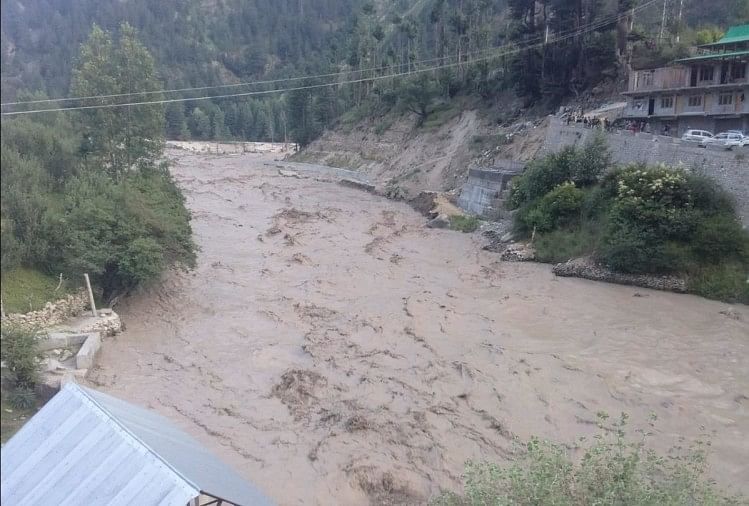 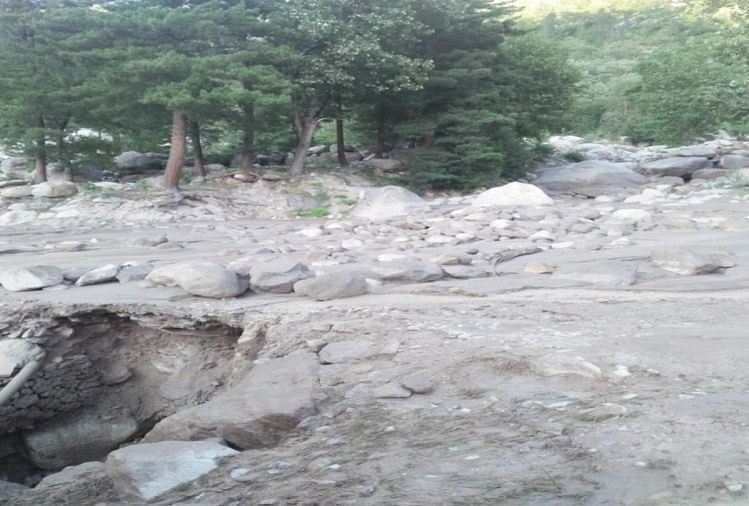 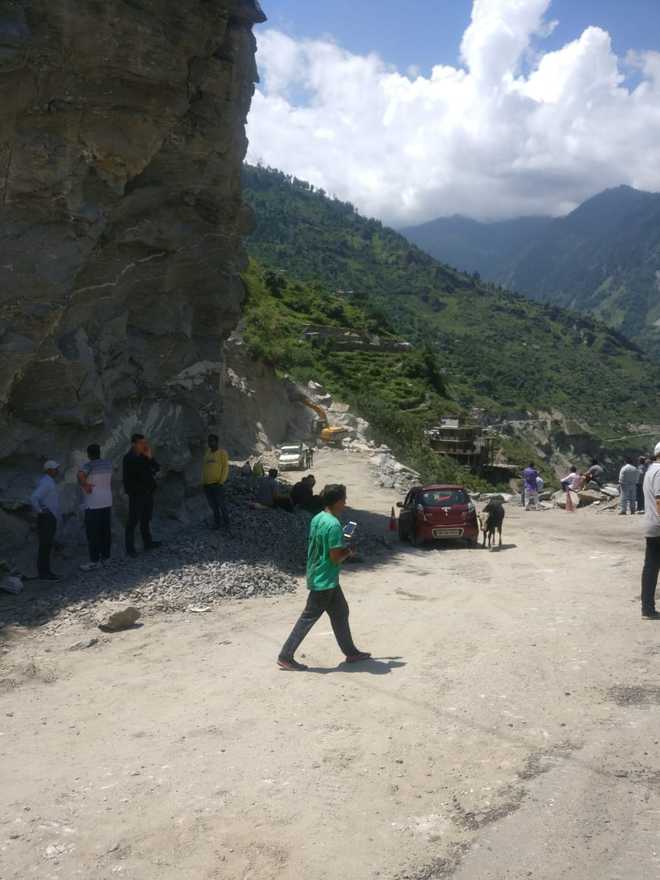 A massive rock slid occurred due to heavy rains on National Highway-5 near Bhawanagar in Kinnaur. Tribune photo

The traffic on the Hindustan-Tibet highway near Bhawanagar in Kinnaur has come to a halt for the last over 20 hours following a massive landslide, which was triggered by heavy rain.
The landslide occurred near Bhawanagar when over 10 huge boulders fell on the road.
Hundreds of vehicles are stranded on either side of the road and basic commodities did not reach Kinnaur.
The National Highway engineers and the local administration have blasted some five big rocks, and are trying to break the rest to clear the road.

(Attention commuters of NHW 44)
In view of incessant rainfall,adverse weather conditions, frequent shooting stones/ blockages at multiple vulnerable places of NHW (Kela mod,T2, Marog, Battery Chashma,Anokhi Fall,Digdol Iron stand, Panthyal and Mompassi),Commuters of NHW 44 are advised to avoid travel on Ramban- Banihal vulnerable stretch till the weather improves and the road is made traffic worthy and safe and check the road status before travelling on NH44 as shooting stones can cause danger.