I have been making bread regularly now, once every fortnight or so. Recently I bought a "Baguette Tray" and tried traditional Baguette recipes. The baguettes came out perfect, but they do not last more than a couple of days. So now I have modified the recipe to "French Loaf", that has milk, sugar and at times seeds. This keeps well for a week.

The secret to getting good crust with soft interiors is to make a "poolish", that is a starter (with a pinch of yeast) a day before, and mix that with the rest of the flour later. 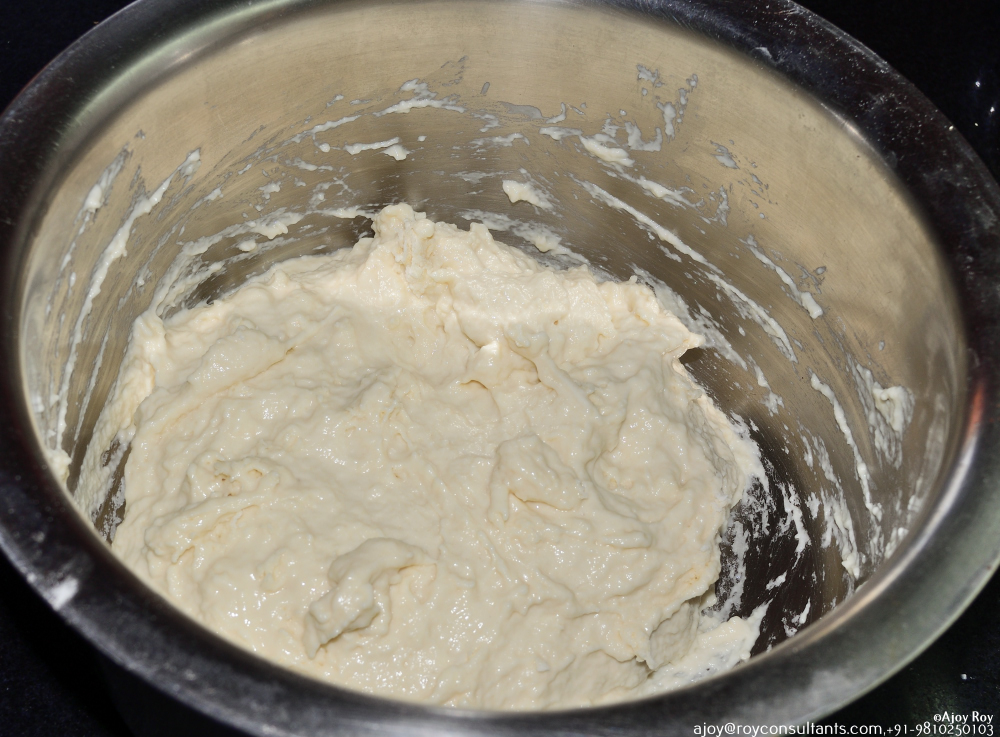 Poolish mixture. This has flour and water in equal proportions - 100% hydration. 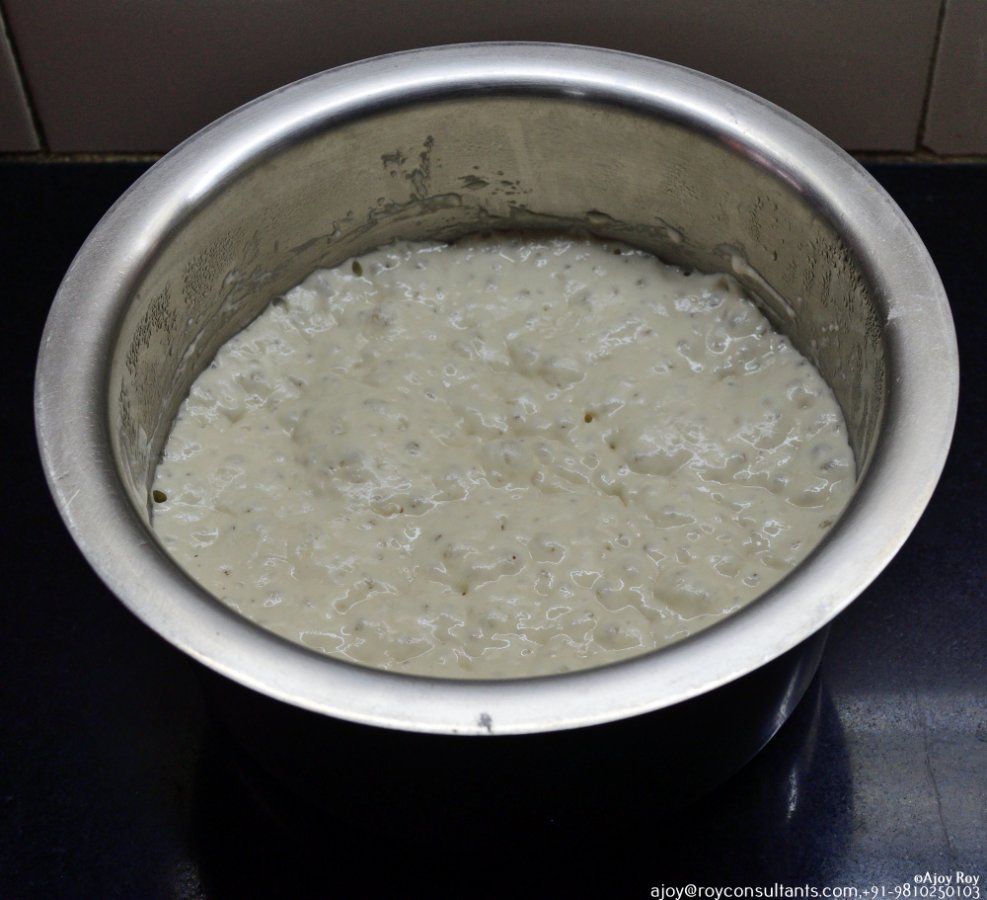 Poolish has risen to thrice the height over night 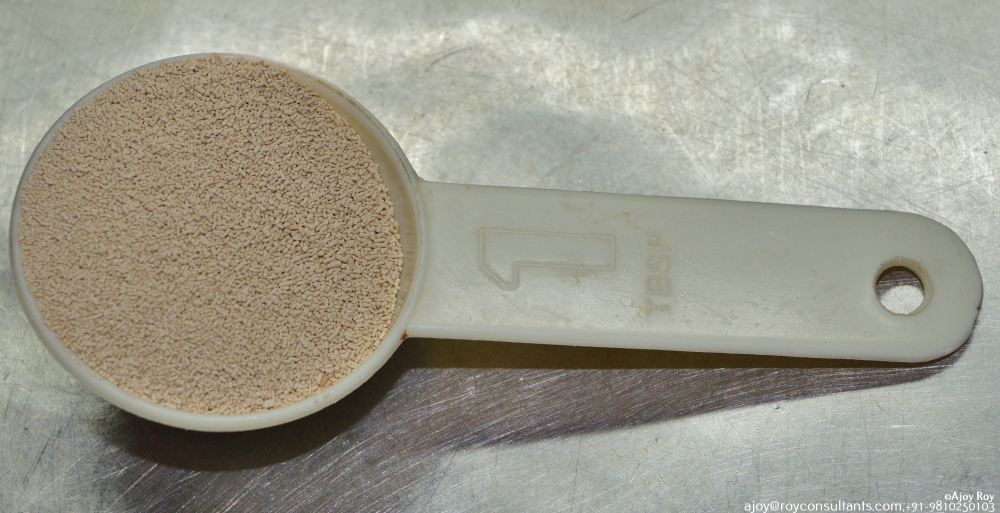 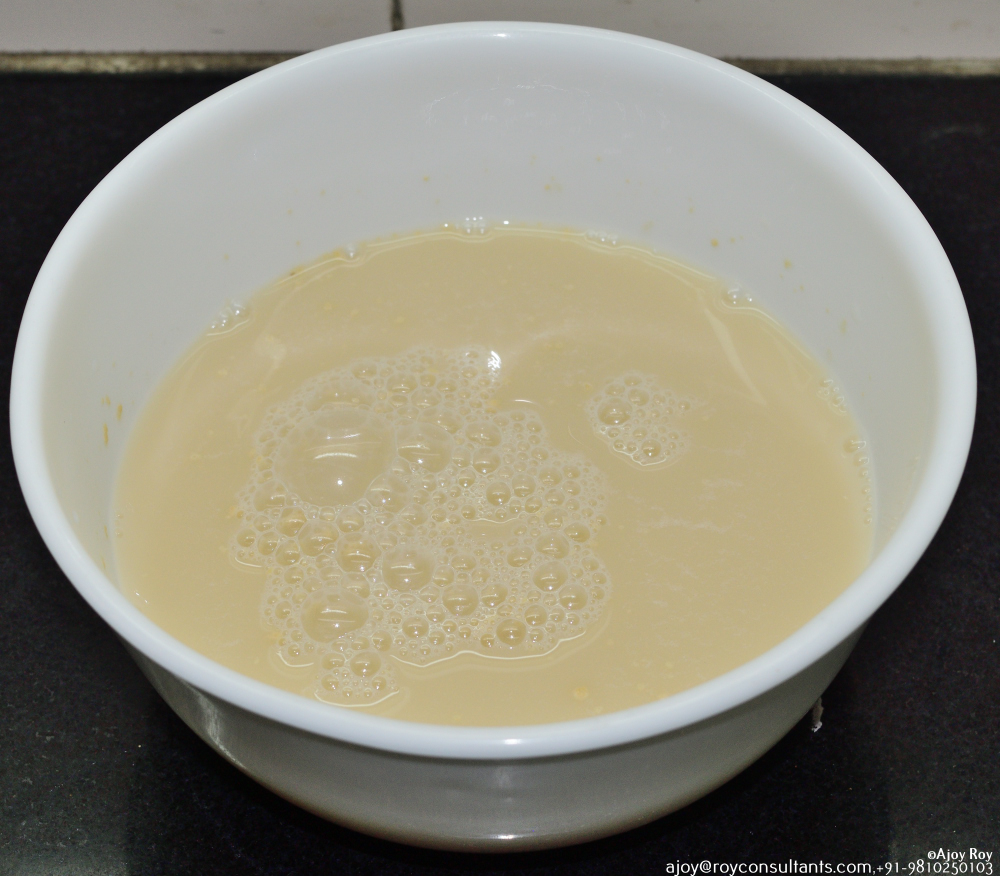 Yeast with water and sugar 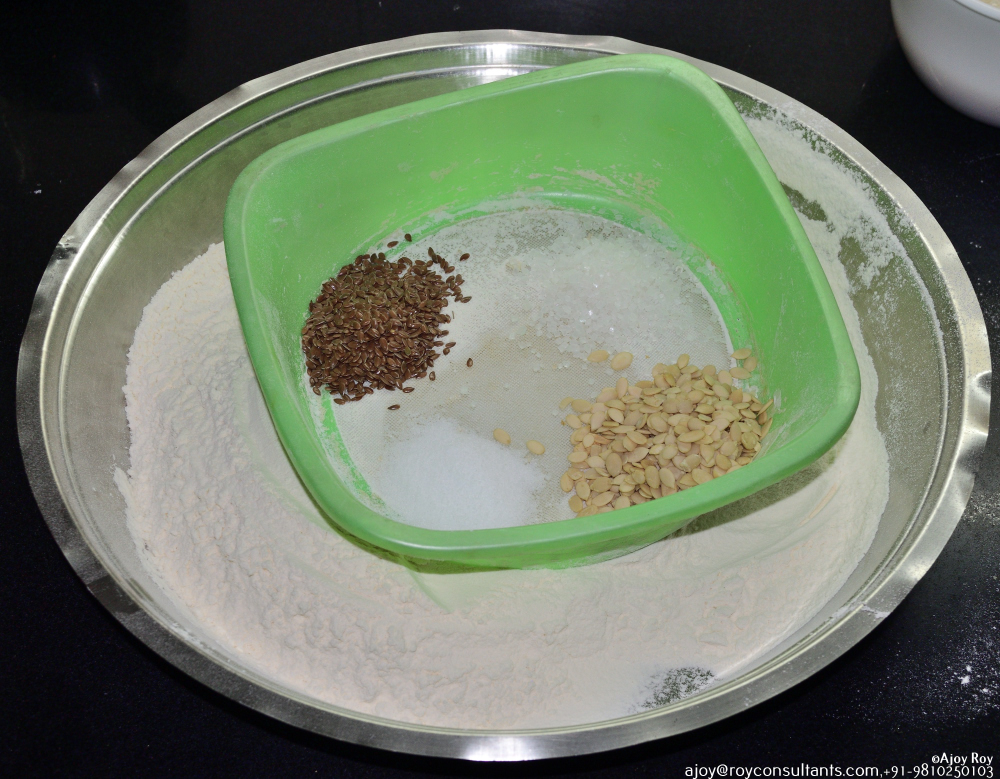 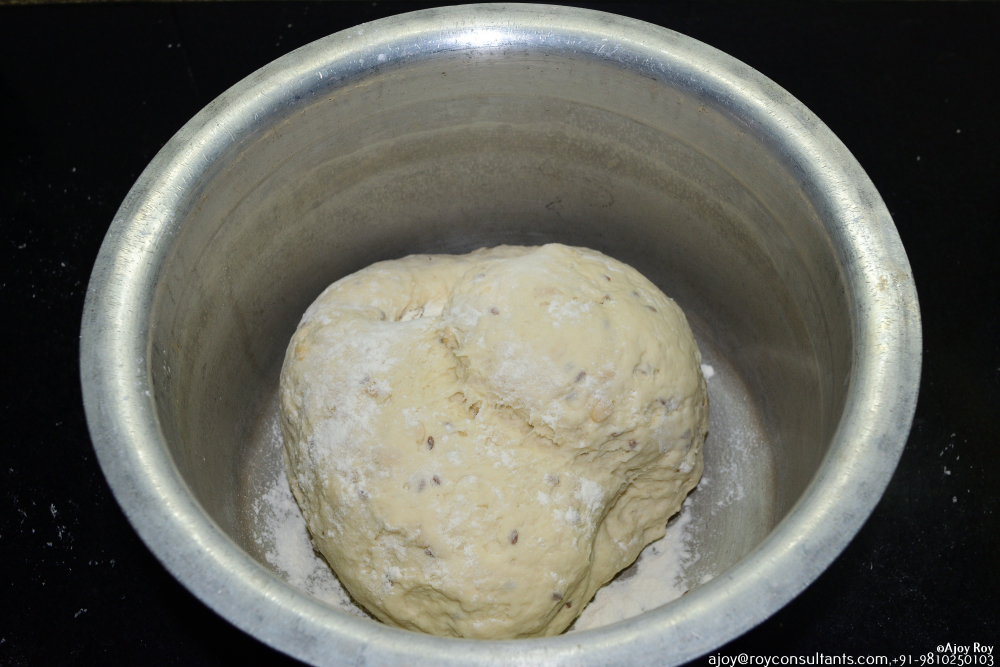 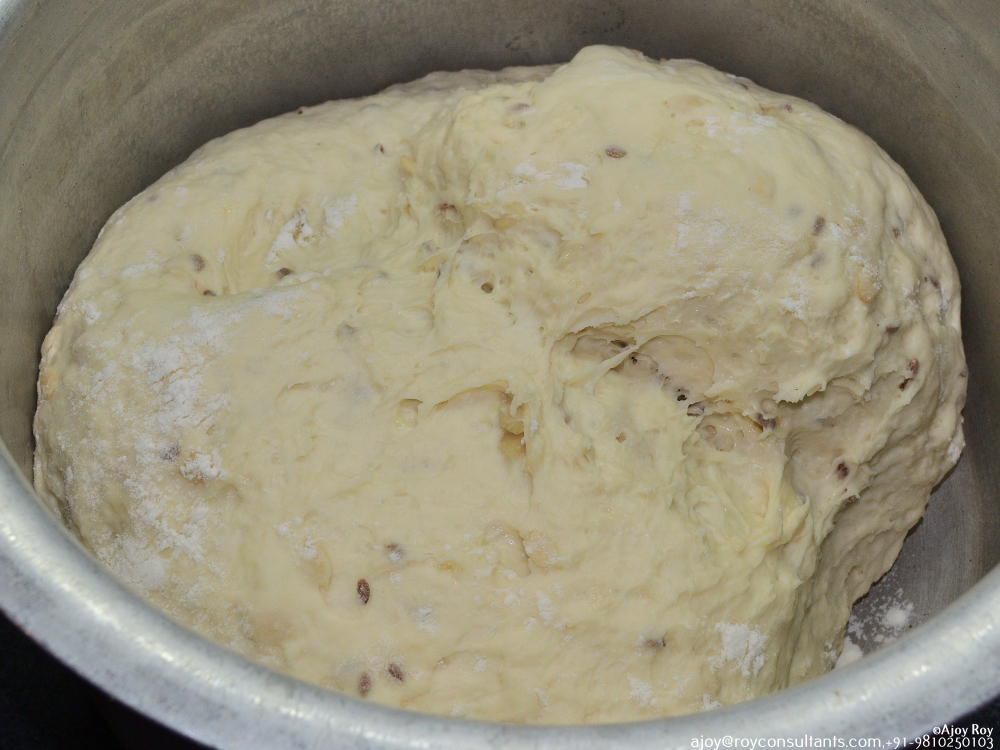 Rise in one hour 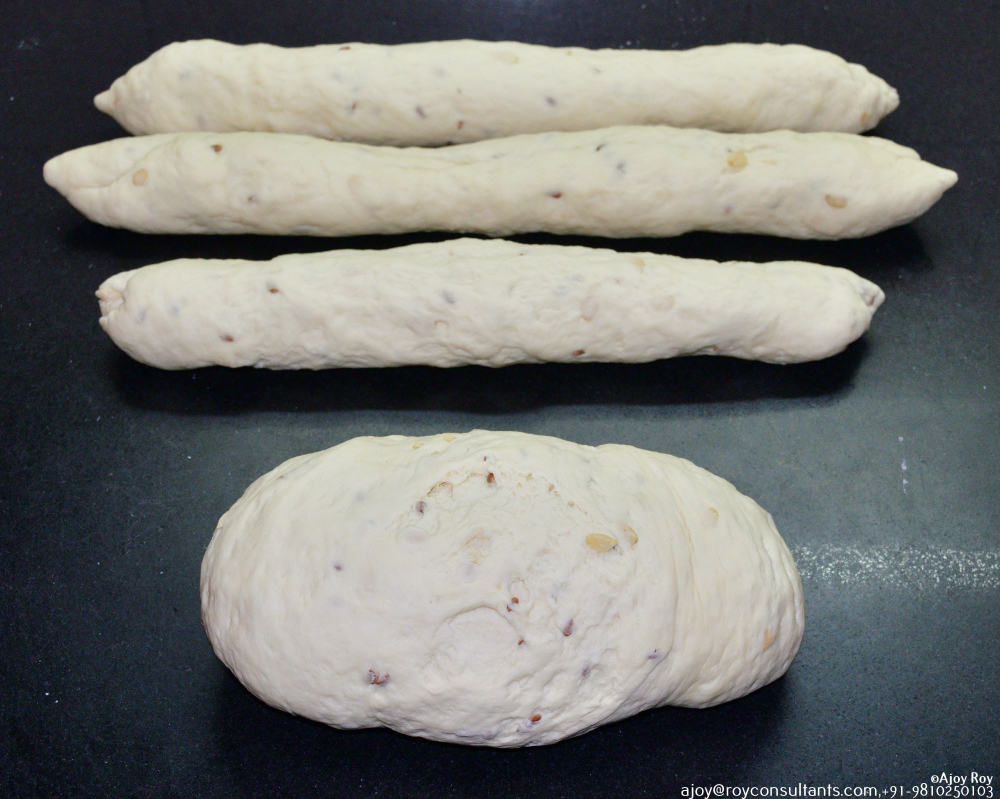 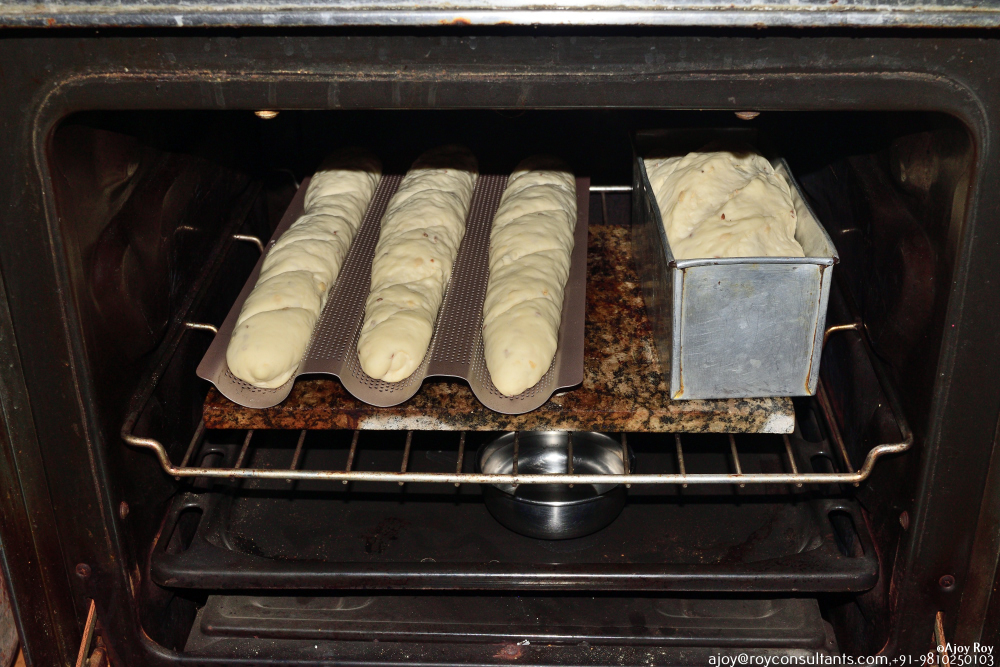 Into the oven after one hour rise 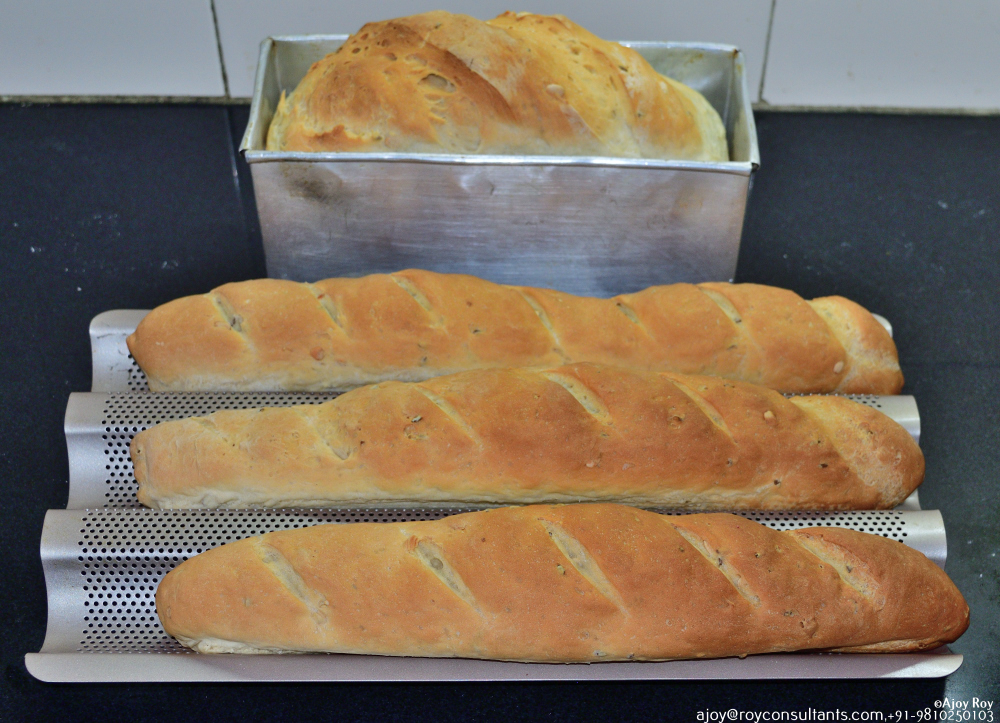 The original weight of the dough was 1.7kg 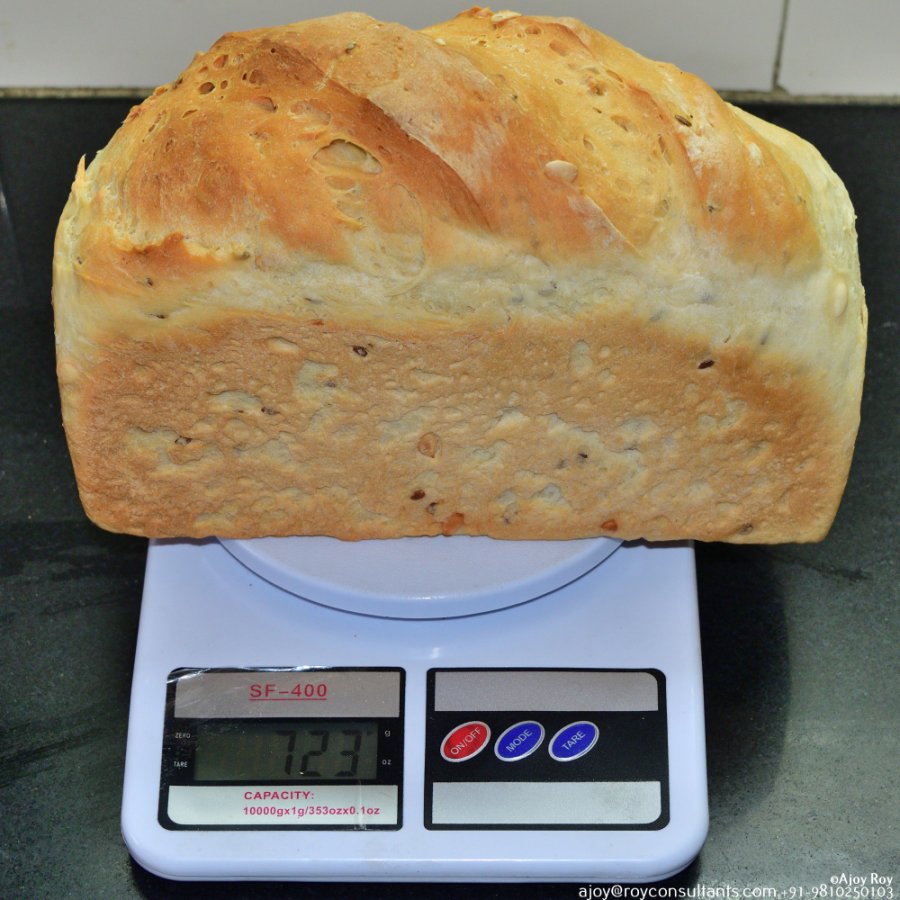 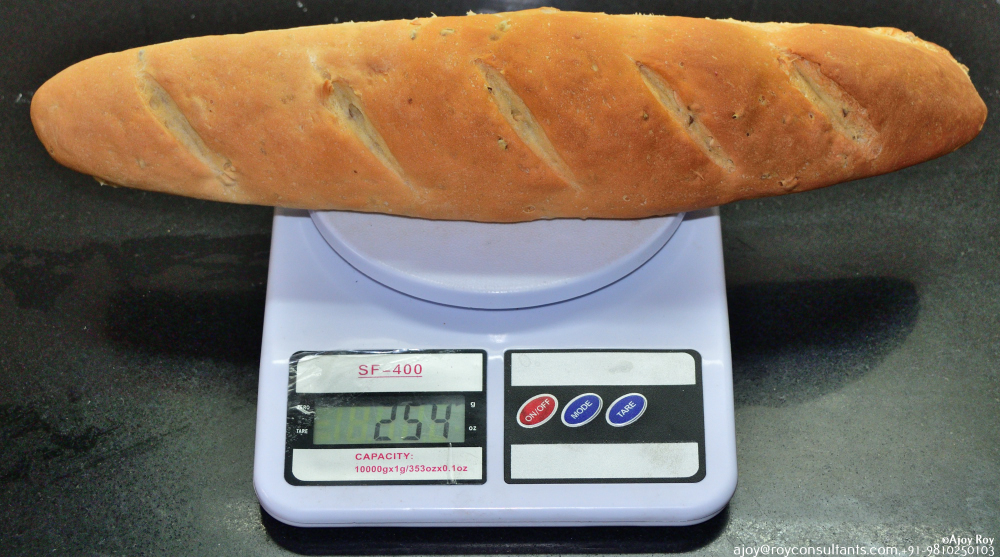 One baguette, three came to 750g 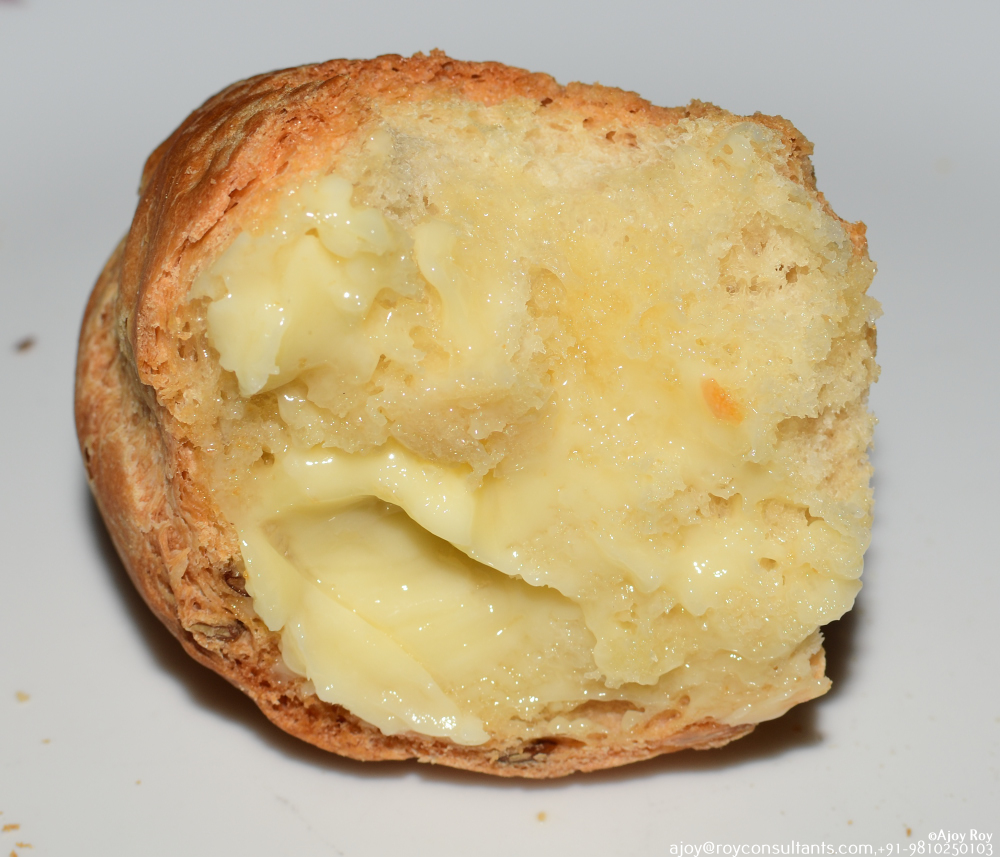