The elderly woman had sent her daughter, Gunja Dei, to the bank to withdraw Rs 1,500 from her pension account. The bank official, however, denied to release the pension money and demanded physical verification of the account holder.

In a shocking incident, a daughter had to take her 120-year-old mother to a bank in Naupada district of Odisha to get the latter's pension money after the bank demanded physical verification of the account holder.

The woman was dragged to the bank on a cot by her 70-year-old daughter.

The 120-year-old woman has been identified as Labhe Baghel. The incident, reported from Baragan village under Khariar block of Nuapada district, happened on Thursday (June 11).

According to the inputs, the elderly woman had sent her daughter, Gunja Dei, to the bank to withdraw Rs 1,500 from her pension account. The bank official, however, denied to release the pension money and demanded physical verification of the account holder at the bank premises.

Gunja Dei, who is a senior citizen herself, was left with no other option but to drag her bedridden mother to the bank.

As soon as Gunja Dei along with her mother reached the bank, the bank official, seeing the condition of both the mother and the daughter, released the pension money.

As soon as the video of the incident went viral, Twitterati slammed the bank officials for calling two elderly women to the bank. The elderly woman had sent her daughter, Gunja Dei, to the bank to withdraw Rs 1,500 from her pension account. The bank official, however, denied to release the pension money and demanded physical verification of the account holder.

Unlock 2.0: Banks will charge for these services from July 1
Some of the relief measures announced for bank customers earlier will now be slowly rolled back 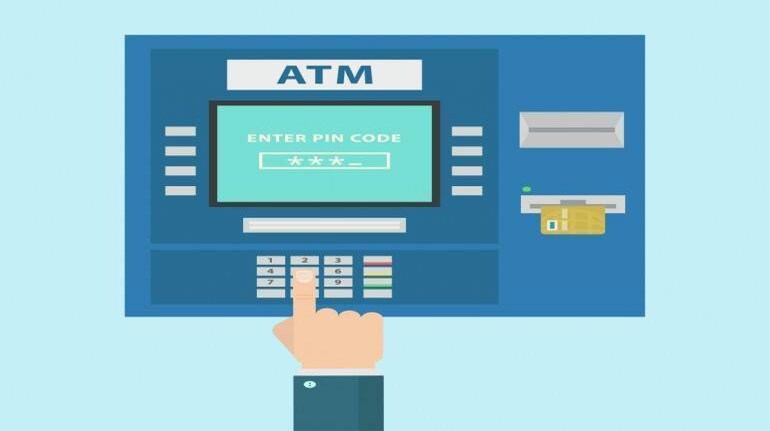 On March 24, Finance Minister Nirmala Sitharaman had announced the waiver of charges for cash withdrawals from any other banks’ ATM and non-maintenance of minimum balance penalties in savings accounts till June 30. These measures were announced to ease the daily difficulties of people during the COVID-19 pandemic and the nationwide lockdown that followed. As India begins to gradually lift its lockdown, some of the relief measures announced earlier when the pandemic was taking root may now be slowly rolled back. These bank charges get restored from today, July 1.

ATM transaction rules and charges
Typically, banks allow a certain number of ATM transactions free and then start charging. Apart from withdrawing money at the ATM, you can also check your account balance, print a mini account statement, transfer money to another bank account, and so on.

How can you avoid penalties?
Many salaried people hold multiple bank accounts as they change jobs or shift to new cities. In such cases, some banks convert these zero balance salary accounts into regular savings accounts after a couple of months, as there are no salary credits. So, you are expected to maintain a minimum average balance in those non-salary savings accounts. It is better to close any dormant accounts by approaching the bank through email or by calling the customer service.
Make use of your internet banking facilities in these pandemic times. Visit the bank branch or ATM only if you must.
First Published on Jul 1, 2020 10:37 am


Unlock 2.0: Banks will charge for these services from July 1

No.
But they are trying best.
However Paytm is still No.1
Phonepe is also good.
Infact Phone pe did best job in UPI front as it was the fastest payment system ever seen when UPI was launched.

PayTM is not popular in USA. India would be travel-friendly country for Americans with Google Pay.

Big Daddy said:
PayTM is not popular in USA. India would be travel-friendly country for Americans with Google Pay.
Click to expand...

Google Pay is acceptable at all UPI Points having QR Code for all the Commercial small or big outlets.
It is widely accepted.
As I said, Paytm or any other company QR Code can accept Google Pay also.

One Negative point for Google Pay is, it has No Customer Care and Not much reliable / known in smaller cities.
However Google started to invest in Jio and it may reach to smaller cities also with it. 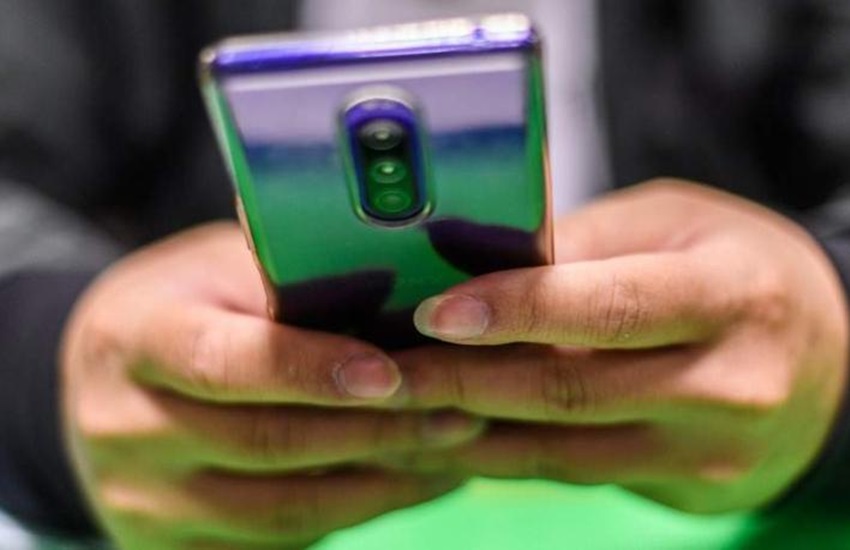 
Many banks have written to owners of premises asking for a 15-20% decrease in rent amount.

Recently a landlord who has rented out his four-storeyed building to HDFC Bank’s regional office in Indore received a rent cheque from the bank which was 20 per cent less than the usual amount. The landlord had no choice but to accept this as he was not sure if he would be able to get another client who could occupy all four floors of the building.

According to market sources, HDFC Bank has written a letter to landlords, whose premises it occupies for branches and other offices, seeking a 20 per cent cut in the rent and otherwise it has expressed its inability to continue to occupy the premises. In 2019-20, the bank spent Rs 1,658.47 crore on rent, electricity and local taxes. This is Rs 176.37 crore more than the previous financial year. HDFC Bank has 5,416 branches across the country and 14,901 ATMs.

A banking sector analyst who did not wish to be named said, “Typically for banks, the third largest expenditure is on rentals after the expenditure on employee salaries and other benefits and IT infrastructure

.” The analyst also said that HDFC Bank is not the only bank which is looking for reduction in rentals due to the Covid-19 pandemic and lockdown. Recently ICICI Bank also wrote to landlords asking for reduction of rent for the lockdown period. ICICI Bank has around 5,300 branches and 15,000 ATMs across the country and spent Rs 1,200 crore in financial year 2019-20 on rent, electricity and taxes.

- paid rent of around Rs 4,000 crore in financial year 2019-20. And all these banks are looking at reducing their annual outgo towards rent by 15-20 per cent, said a banking sector analyst.

A senior HDFC Bank executive said, “We are in negotiations with landlords for reduction of rentals but denied that, the bank has unilaterally informed landlords that it is reducing their rent by 20% and it will walk out if they don’t agree. The rent agreement is a legal contract, no one can dictate terms unilaterally,” he said. However, an email sent to the HDFC Bank spokesperson for official comment remained unanswered till the time of going to press.

An industry source said that apart from up the rent cut, Yes Bank has also sought smaller office spaces for its branches, looking at the

. “In most cases, the banks have been successful in negotiating this arrangement with individual landlords and getting 15 to 20 per cent discount in metro cities,” the official said.

From the landlord’s point of view, banks are good long-term customers who rent properties on 10, 15 or even 20-year leases, and have secure cashflows. The other option for these mostly ground floor properties is retailers, a segment that has been badly hit by the pandemic lockdowns.

“Bank branches are considered as a stable and long-term tenant, as they tend to occupy premises for a long duration thereby resulting in a steady and predictable rental income. By providing some rental discount in lieu of an extended tenure or lock-in commitment, property owners can avoid creating vacancy risk as well as lack of income in their portfolio,” said Karan Singh Sodi, regional managing director of property consultant firm JLL India. 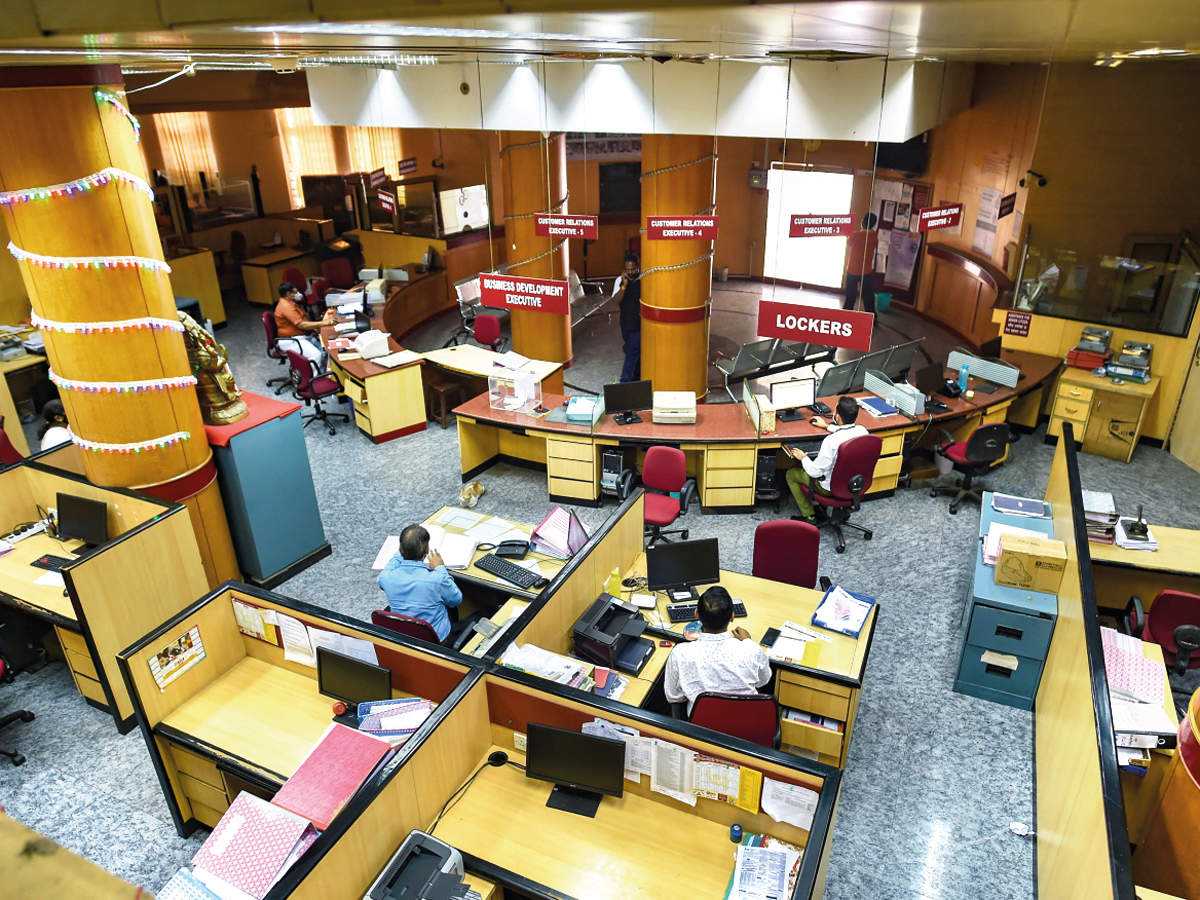 Many banks have written to owners of premises asking for a 15-20% decrease in rent amount.

During Dhanlaxmi bank’s 93rd annual general meeting, 90.49 per cent of the total valid votes were polled against Sunil Gurbaxani's appointment as MD and CEO of the bank.

During the bank’s 93rd annual general meeting, 90.49 per cent of the total valid votes were polled against Gurbaxani’s appointment. The shareholders, however, approved the appointment of five other board members.

The Reserve Bank of India had approved the three-year appointment of Gurbaxani as the MD and CEO of the Thrissur-based bank in February.

Sources in the banking industry said there was a ‘cultural mismatch’ due to Gurbaxani’s appointment, which resulted in customer dissatisfaction and disappointment among shareholders, leading to the rejection of the CEO appointment resolution.

Gurbaxani’s ouster comes at a time Dhanlaxmi bank has seen a spate of resignations in the last few months, including that of part-time chairman and independent director Sanjeev Krishnan.

Krishan resigned June-end, eight months before his term expired. The bank said he cited personal reasons as his decision to quit. Two other board members also quit at the same time — K.N. Murali and G. Venkatanarayanan.

Following the resignations, the RBI, on 28 September, appointed D.K. Kashyap — general manager of the central bank’s Bengaluru regional office — as the additional director at Dhanlaxmi Bank for a period of two years.

The revolt at the Lakshmi Vilas Bank (LVB), which was mainly led by institutional investors, was triggered by the recent arrest of two bank officials for misappropriation of fixed deposits receipts of Religare Finvest worth Rs 729 crore. The Delhi Police alleged this was done in collusion with Religare Enterprises promoters Malvinder Singh and Shivinder Singh.

However, even before the arrests, a sense of discontent prevailed, which was noted in a report by the proxy advisory firm Institutional Investor Advisory Services India Limited (IiAS). In a note to clients in early September, IiAS highlighted corporate governance issues — such as board members who have had a long tenure — and opposed resolutions of the annual general meeting.

“Although K.R. Pradeep was appointed on the board last year, there are several promoters on the board (at least four out of 13). Given their frequent rotation on-and-off, including K.R. Pradeep’s, we believe some accountability for the bank’s deteriorating performance over the last few years rests with its slate of non-independent directors,” it said.

While opposing Manjunath’s reappointment, IiAS highlighted the fact that he has been an independent director on the board of the bank from August 2008 to January 2015.

The bank’s weakening financials were also highlighted as LVB’s Tier 1 Capital Adequacy Ratio (CRAR) was a negative 0.88 per cent and gross non-performing assets were a quarter of the bank’s advances, as on 31 March 2020.

One of the biggest issues that the LVB faces is raising capital from the investors. Sources said the presence of RBI-appointed directors in the bank board for years also weighed in the mind of the investors who were sceptical about the bank’s governance practices due to such a move.

The RBI had rejected various proposals from non-banking finance companies who wanted to take a majority stake in the bank. The latest was Indiabulls Housing Finance which proposed a merger with Lakshmi Vilas Bank, but was rejected by the RBI which didn’t cite any reason.

Recently, Clix Capital had shown interest in acquiring the beleaguered bank and started due diligence, but the latest developments may put the deal in jeopardy. During Dhanlaxmi bank’s 93rd annual general meeting, 90.49 per cent of the total valid votes were polled against Sunil Gurbaxani's appointment as MD and CEO of the bank.