Thanks so much Yogesh I wish if this was possible for every thread on BCMT, even to the ones am not subscribed. The subscription is already a nice feature, but this dil maange more

You can , we do use Google Feedburner which allows email subscriptions, which send you a daily email with latest posts. Though it doesn't work that well and misses out on a few posts.

Alternatively you can subscribe to receive emails of latest threads posted in a particular section like travelogues, itineraries, motorcycles etc. To do that, just navigate to that particular forum and from forum tools use subscription option.

When life gets complicated...... I RIDE

Yogesh Sarkar said:
On the 2nd of September, when all the riders of BCMTouring’s Ladakh 2007 ride met for the first time in Manali, there was an article regarding the trip on the FRONT PAGE OF NAVBHARAT TIMES!!! 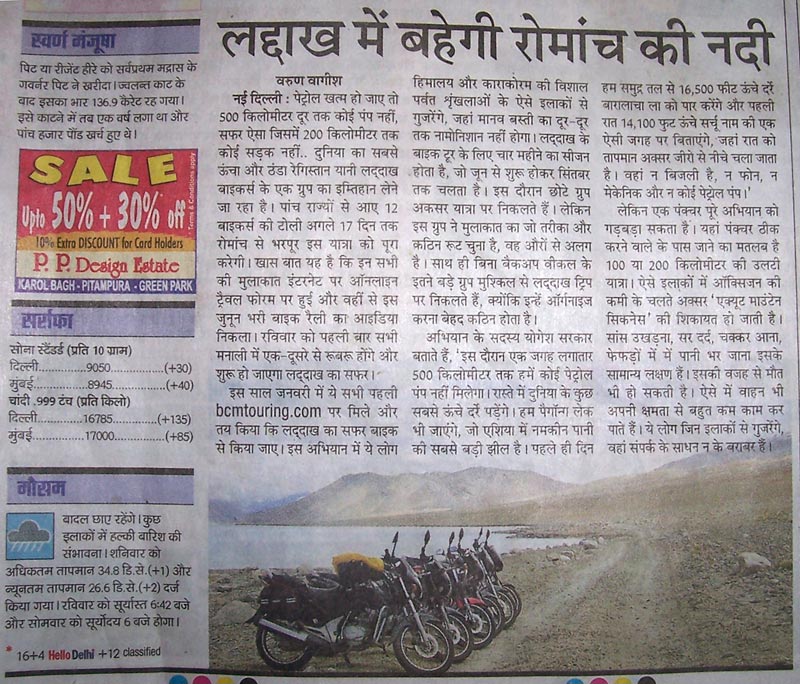 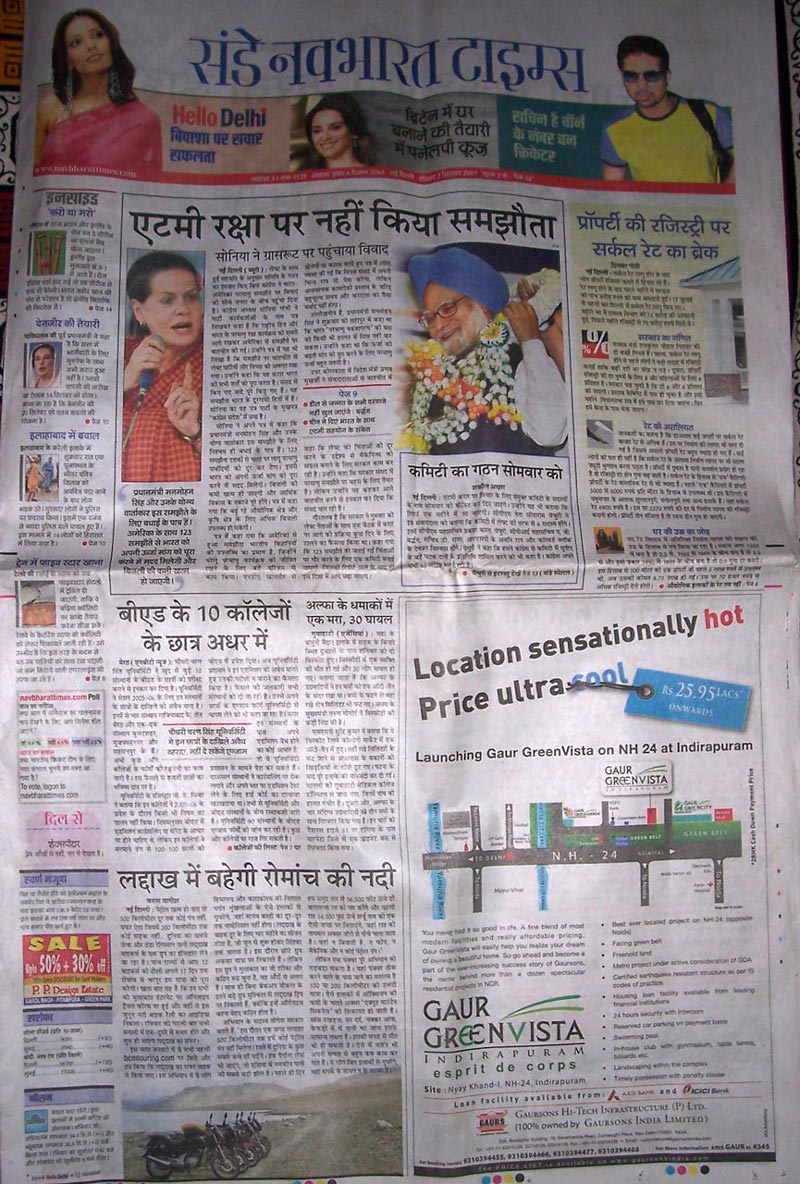 But one puncture can jeopardize the entire expedition. Getting a puncture fixed means back tracking for 100 to 200 kms. In such areas, scarcity of oxygen can cause ‘Acute Mountain Sickness’. Breathlessness, headache, dizziness, water retention in lungs are some of the symptoms of Acute Mountain Sickness. This can even prove fatal. Even vehicles at this altitude deliver less power than usual. The areas these guys will be covering have almost no means of communication.
Click to expand...