Bike Ride to Kanha NP On RE Thunderbird 350, KTM RC390 & a couple of Bajaj Avenger motorbikes


We are more of cyclists than bikers, but the itch was there and we prepared to go to Kanha National Park, MP. 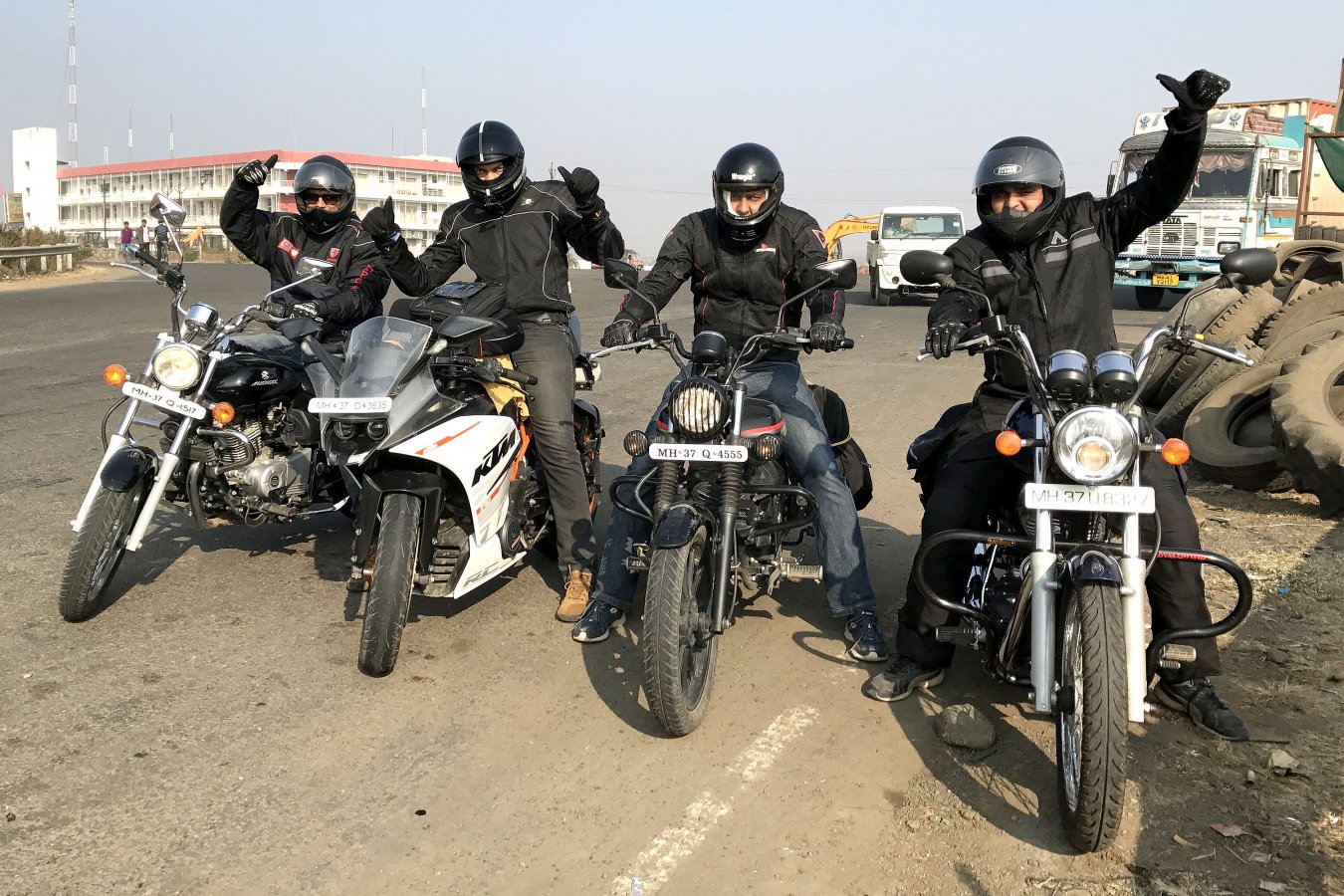 This was a quick three day trip which included a couple of days of biking and a day of safaris. The team assembled and weapons of choice were a KTM RC390, a Royal Enfield Thunderbird 350, a Bajaj Avenger 220 & an Avenger Sport 220. The luggage duties were handled by Viaterra tank bag mounted on KTM RC390, a Viaterra saddle bag on RE and couple of small backpacks tied with bungee cords and rope on Avengers.

The Kanha is more than 500kms from our place in Vidarbha, Maharshtra and we started by 5:30 am in the morning. Except for Ramtek to Seoni stretch which included potholed hell near Khawasa, the road conditions were ok and brisk pace was possible. 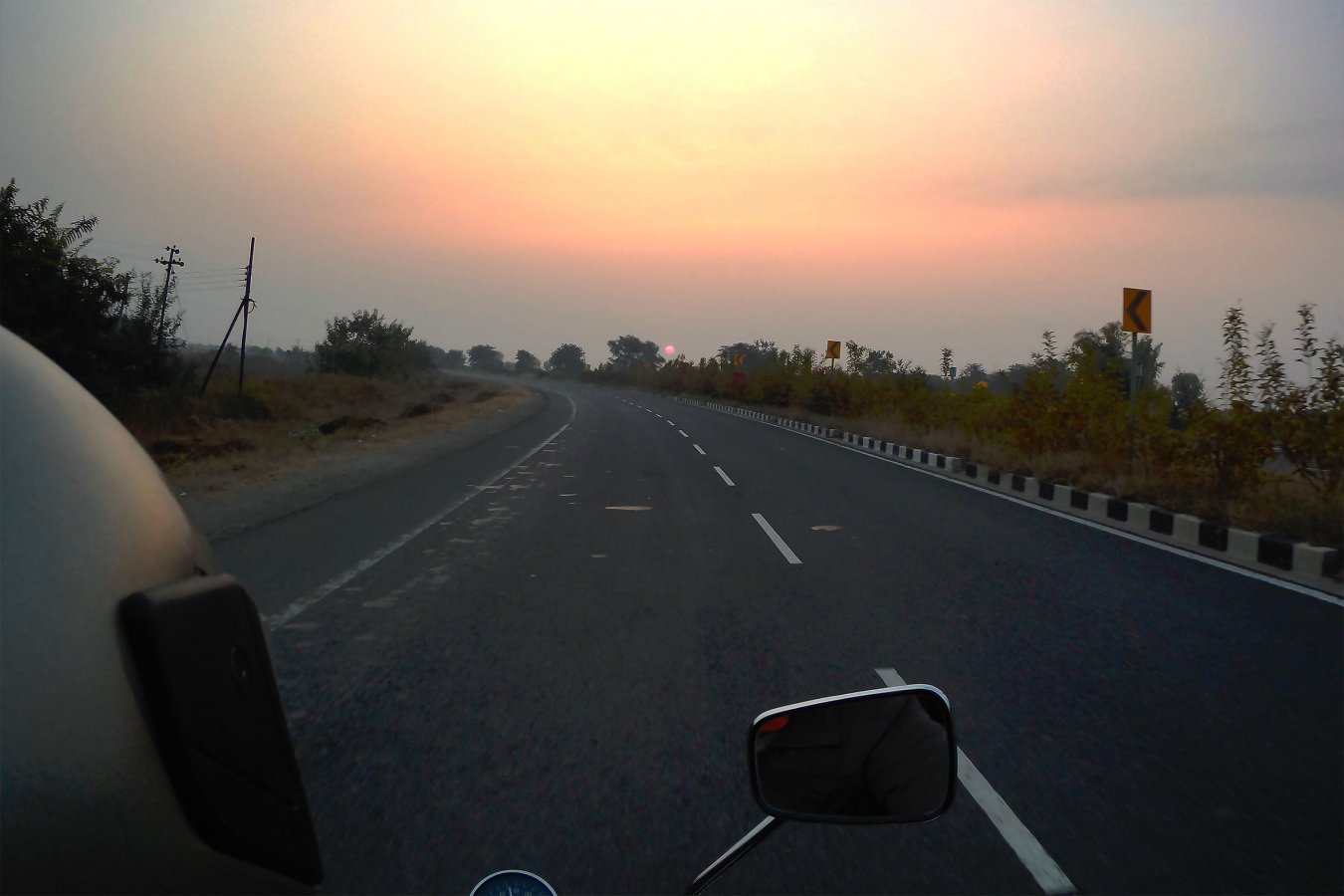 We had lunch of Dal-Roti after Seoni at a small Dhaba. After that the last leg to Kanha started which snaked through the small villages. We enjoyed riding there as it was very relaxing in the evening.

We always stay at Pugmark Resorts while visiting Kanha (I am a regular visitor). The place is managed by Mr. Rahul Yadav and Mr. Nurool, they have become close friends over time and are exceptionally good hosts. 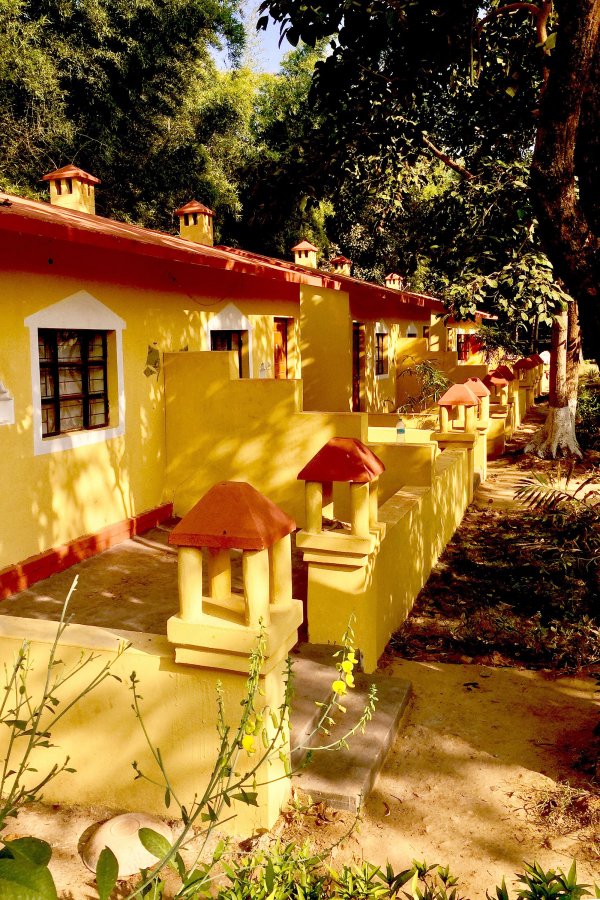 After having a nice supper, we went to sleep early as the morning safari was at Mukki zone which is quite far from the Khatia gate.

Nurool was with us driving the Gypsy and tracking the pugmarks with our guide Munnabhai whose name is given to the most famous tiger of Kanha, the Munna.

Munna tiger from my previous outing: 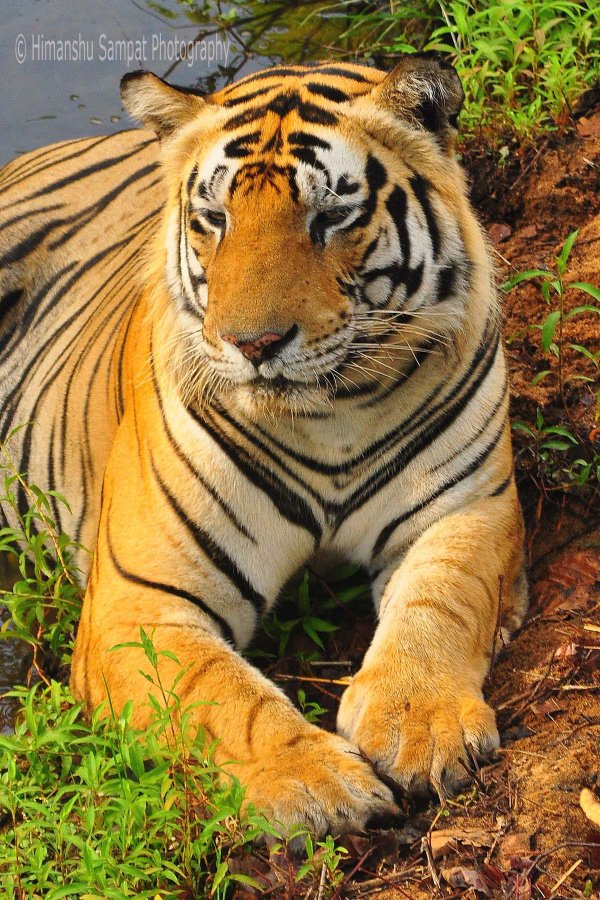 The morning was too beautiful which I cannot explain in words but here are few lines from “Morning Song of Jungle” by Rudyard Kipling:


Ho! Get to lair! The sun's aflare

Behind the breathing grass:

And creaking through the young bamboo

By day made strange, the woods we range

With blinking eyes we scan;

While down the skies the wild duck cries:

"The Day—the Day to Man!"​
The Jungle Morning: 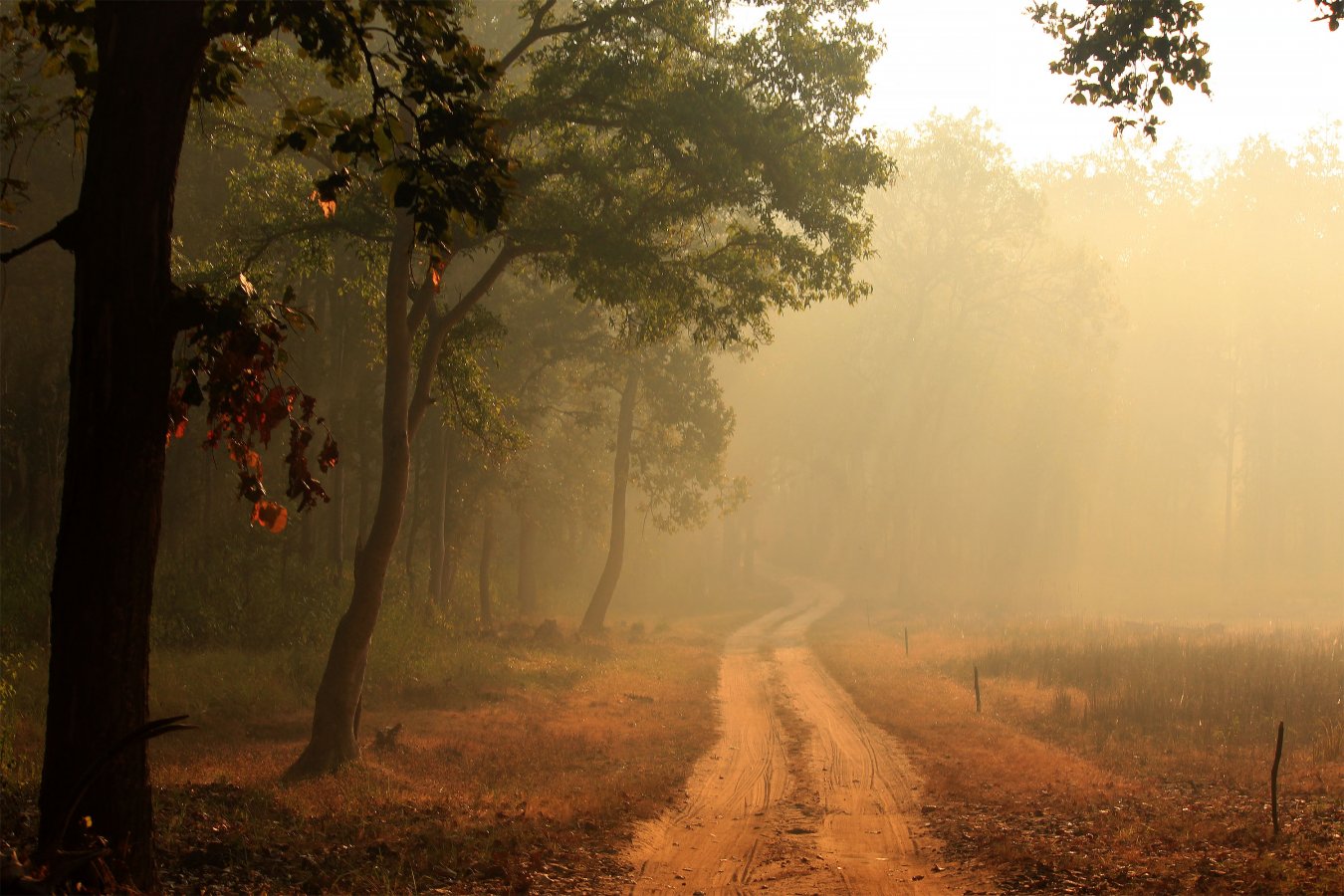 We were immediately welcomed by a large bison and we spotted many forest inhabitants like cheetal, sambar, jackals, wild boars, storks and the most exclusive the barahsingha or swamp deer which is found here only but now efforts are being made to relocate it to other national parks. But the star was still missing and we found fresh pugmarks of tigress and cubs but she has just passed and the sighting was not going to happen. The guide was quite extrovert and kept us amused with his jungle stories and we headed back towards exit. 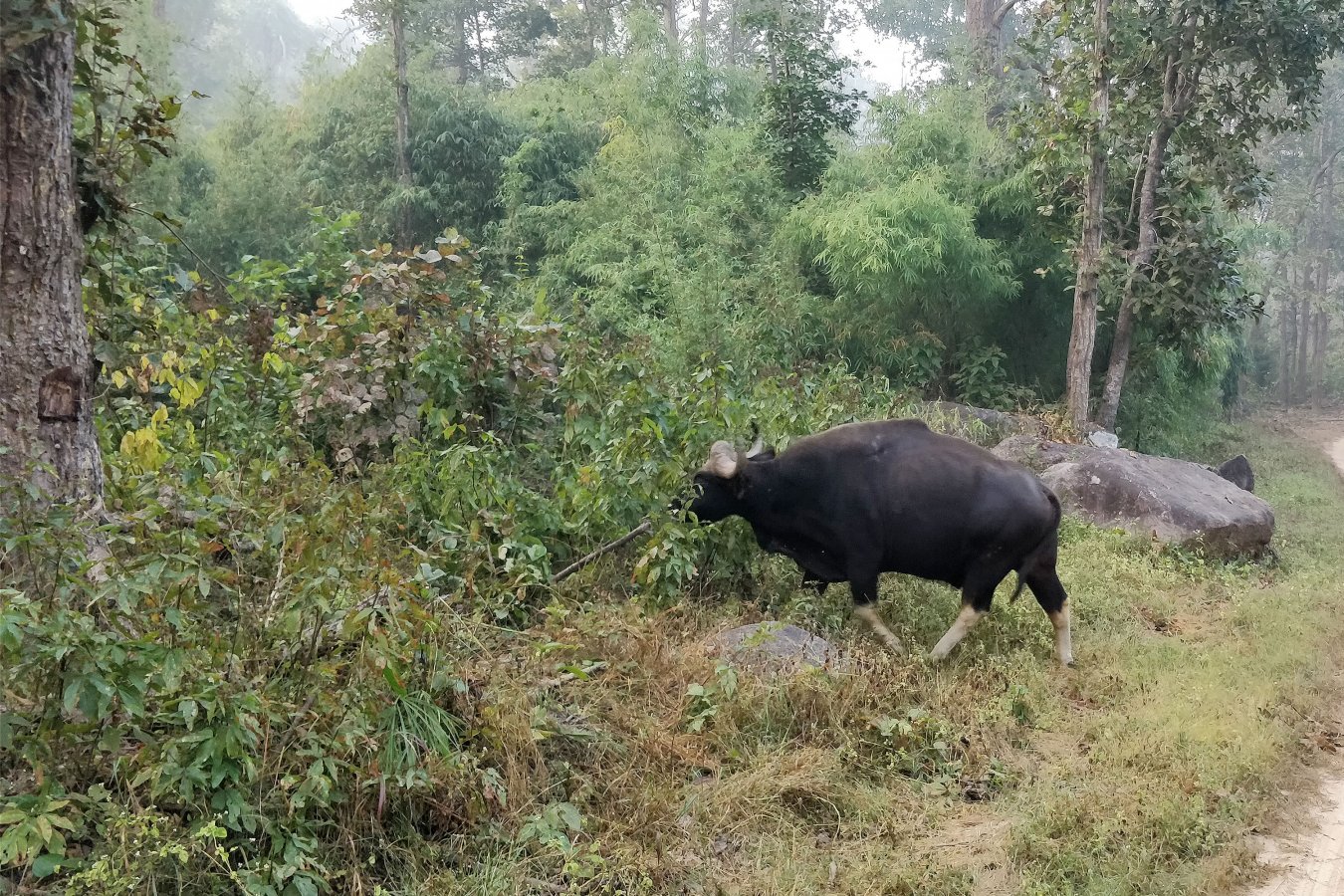 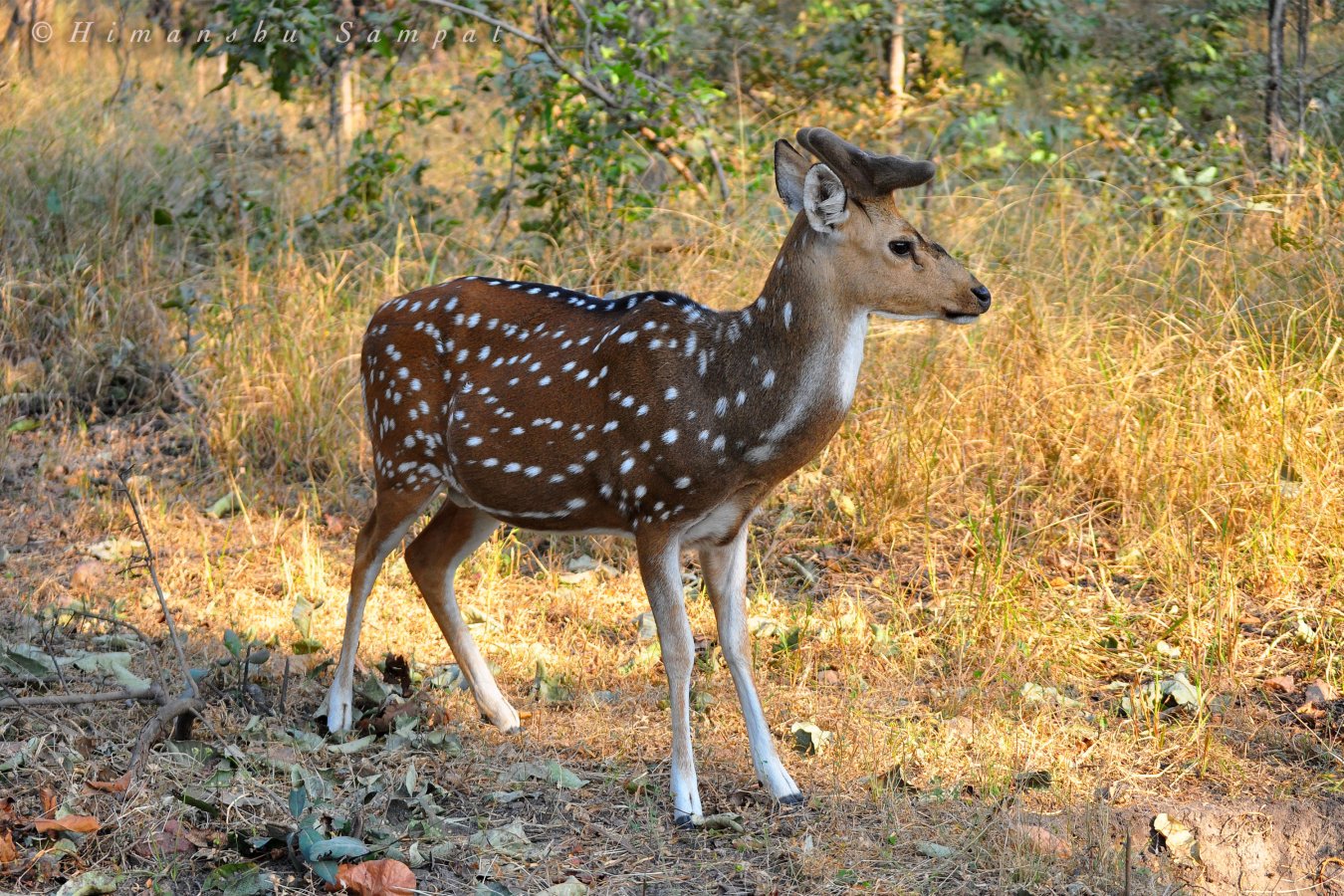 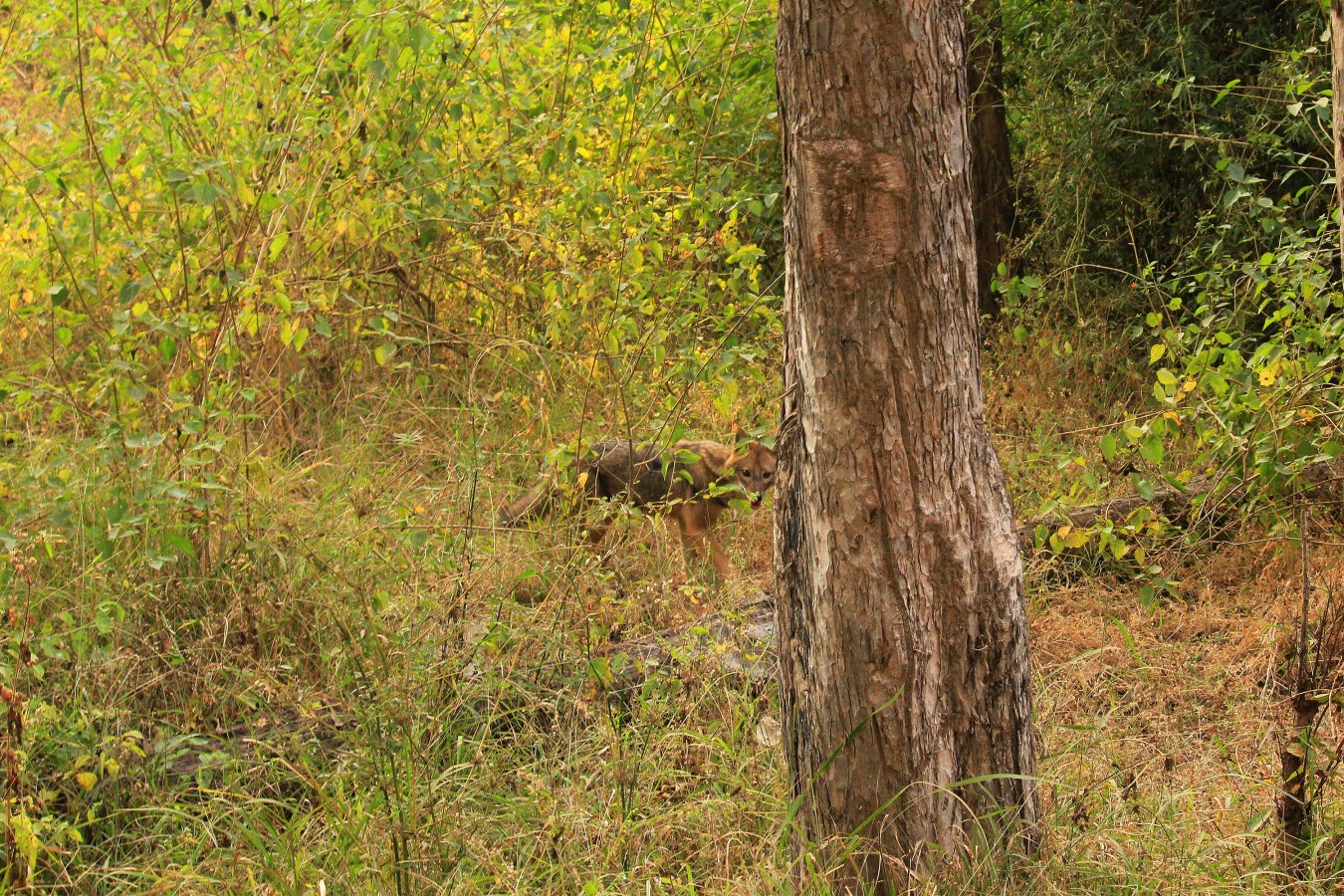 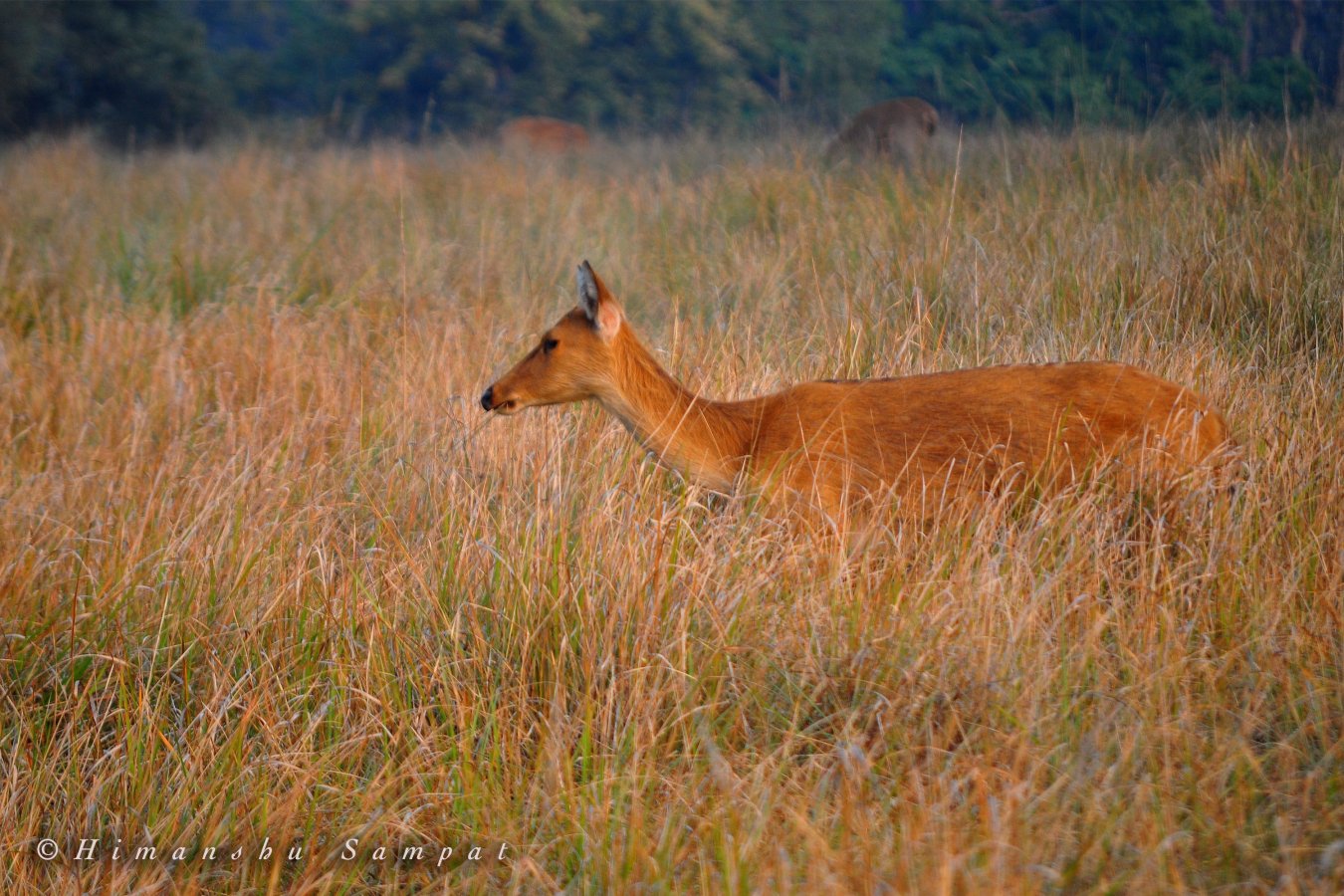 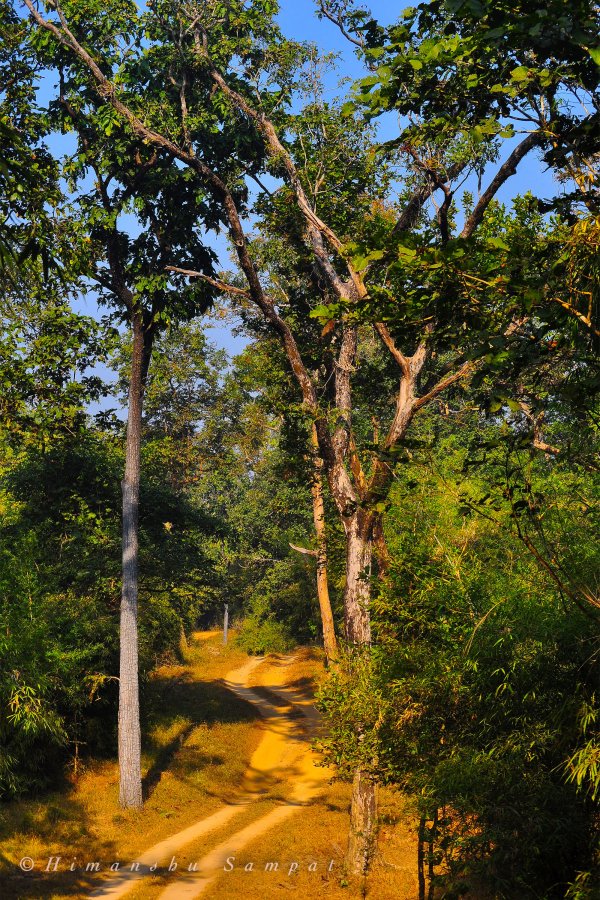 With high hopes from the afternoon safari we again headed towards Kanha zone. After wandering in the park and trying hard to get any heading on king of the jungle while shooting vultures, landscapes and some deer family members, we heard a news about a tiger. We rushed to the spot with our quest ending in sight and found the beast enjoying the evening near a lake besides a rock. Though it's identity could not be immediately established, it seemed like one of the Neelam tigress' cub. 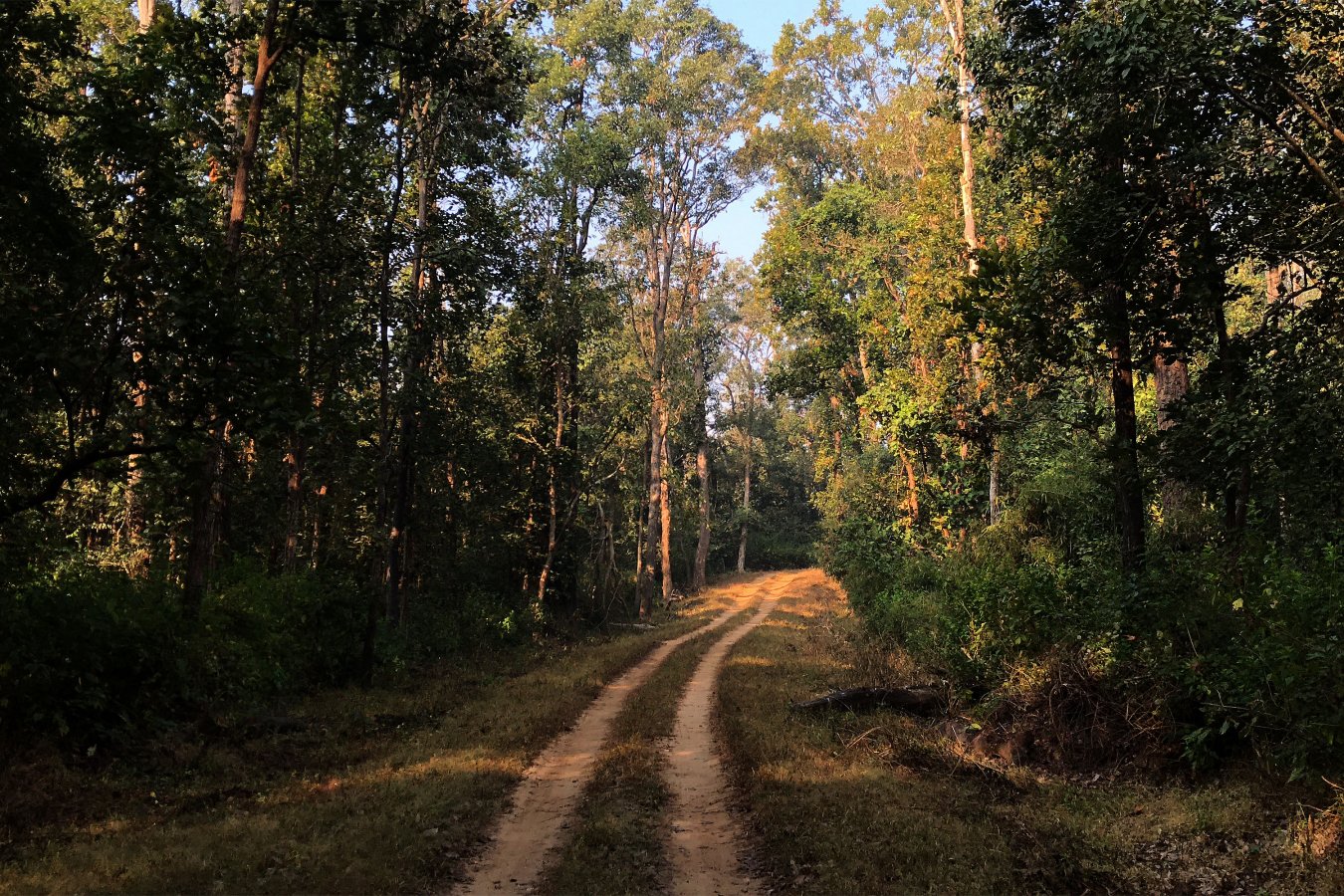 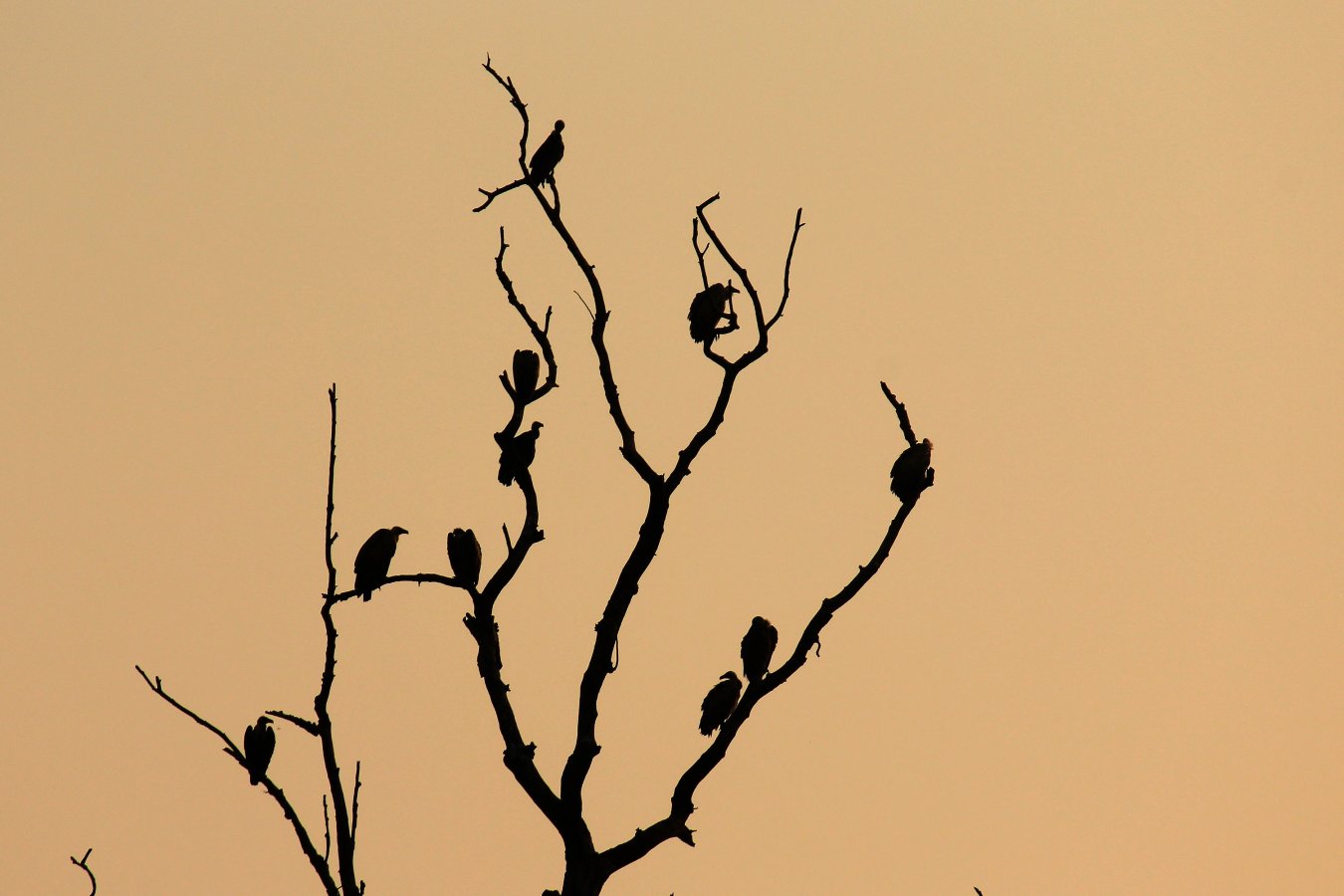 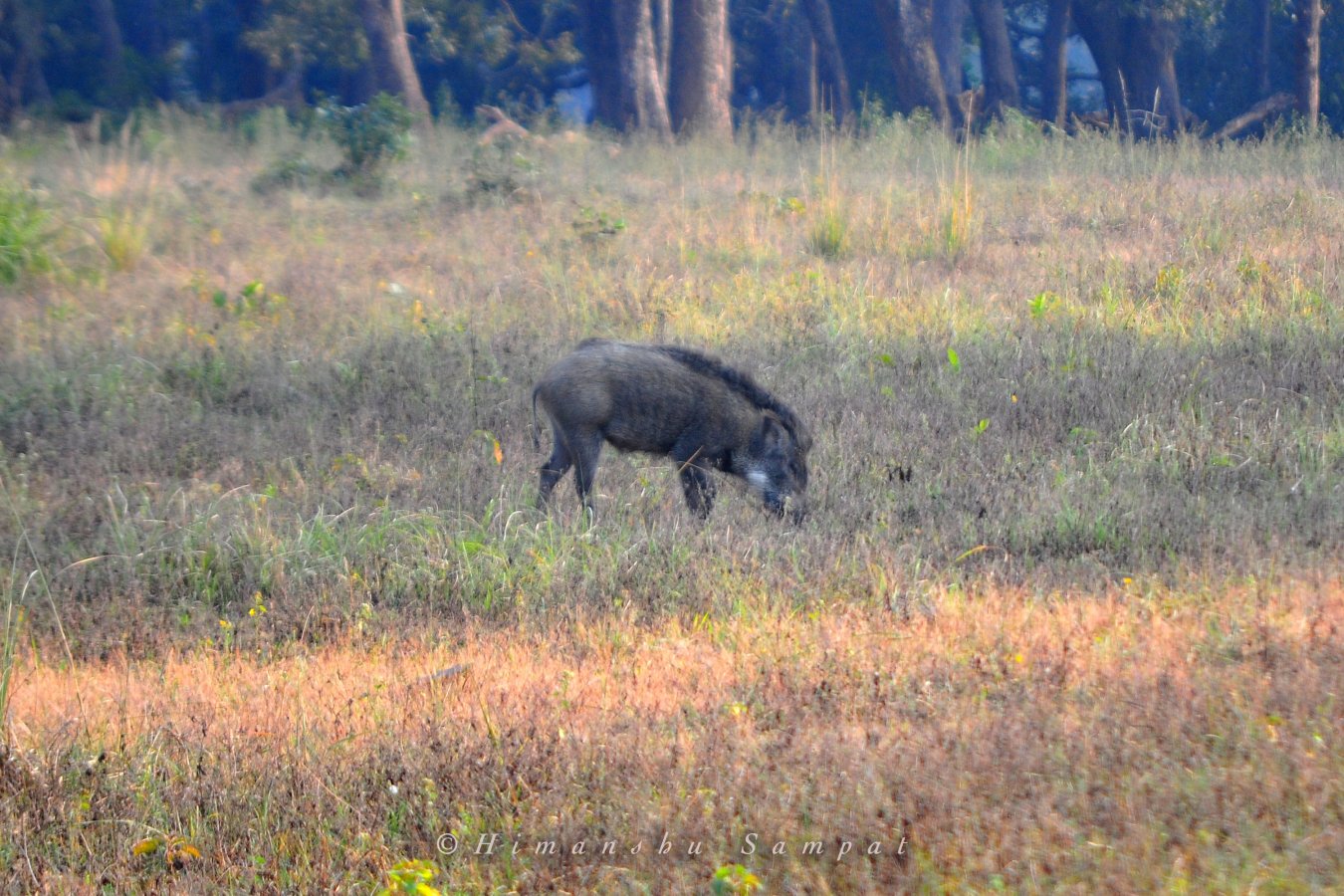 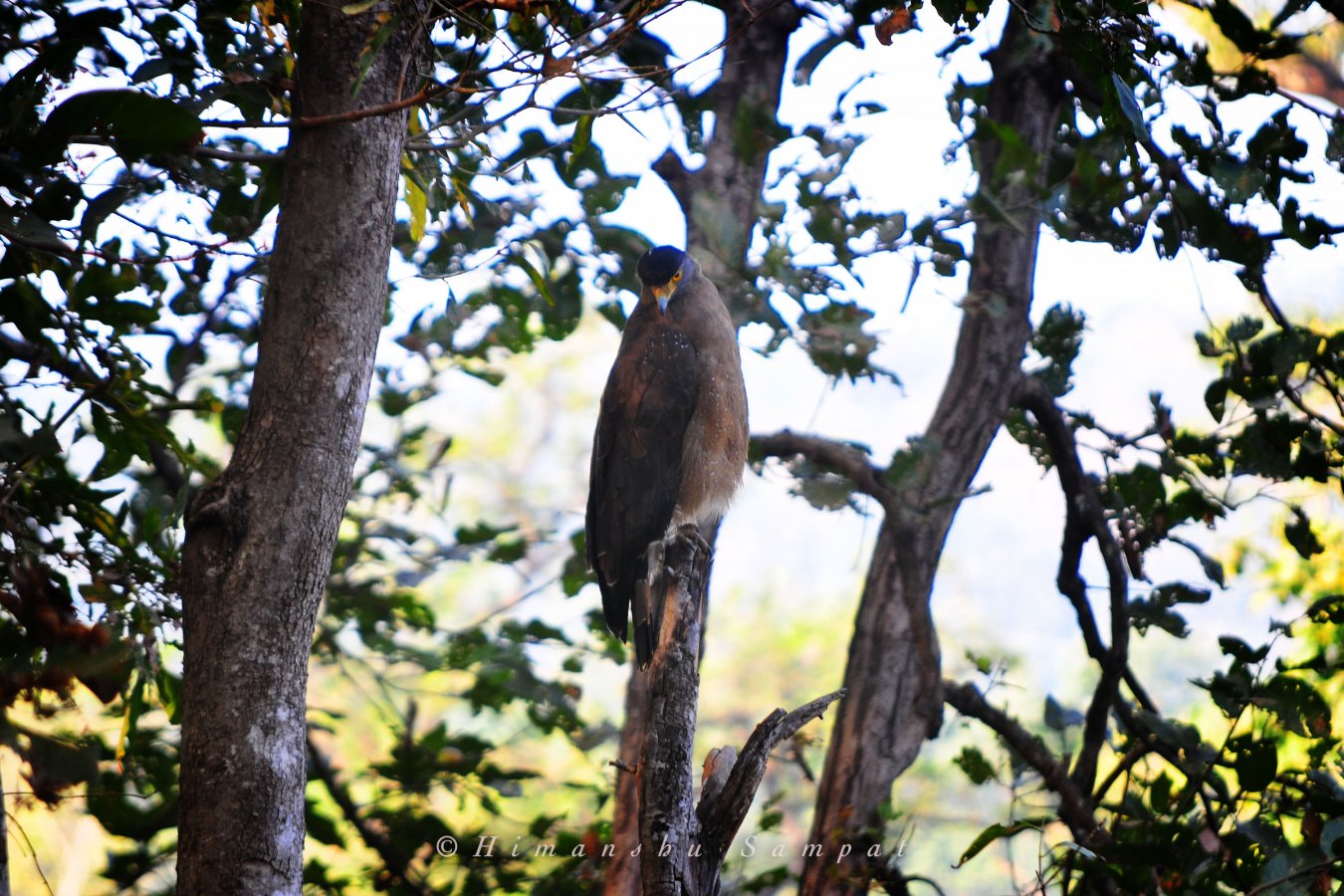 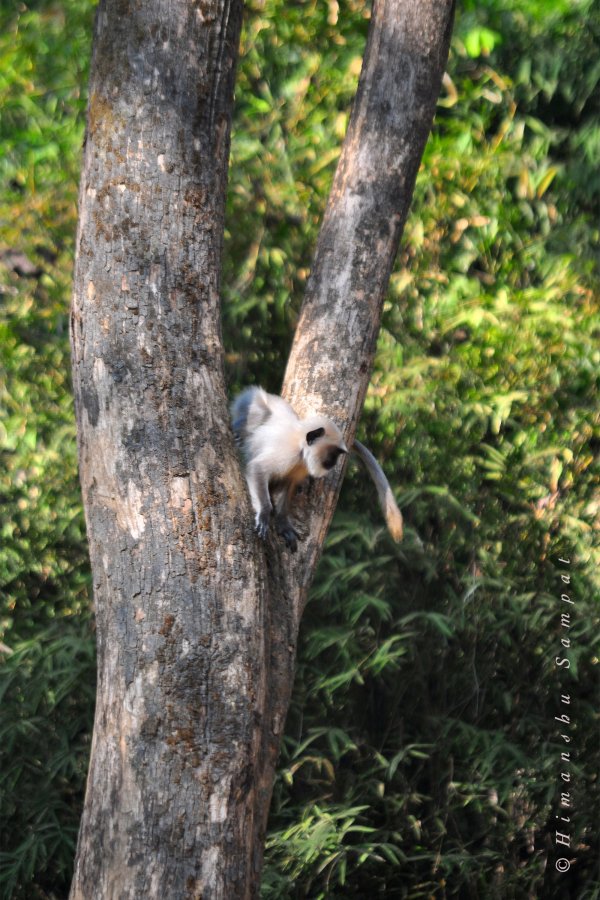 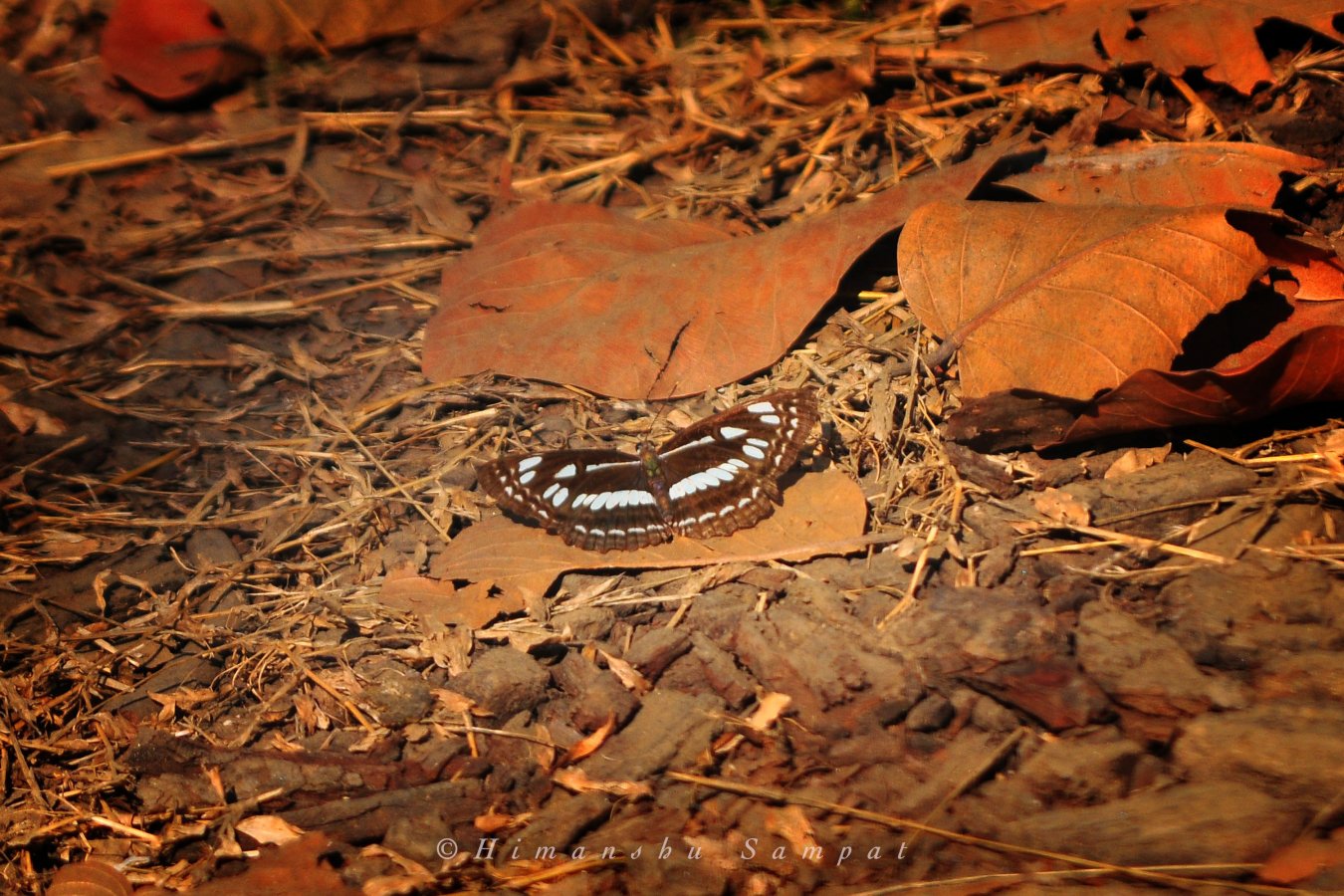 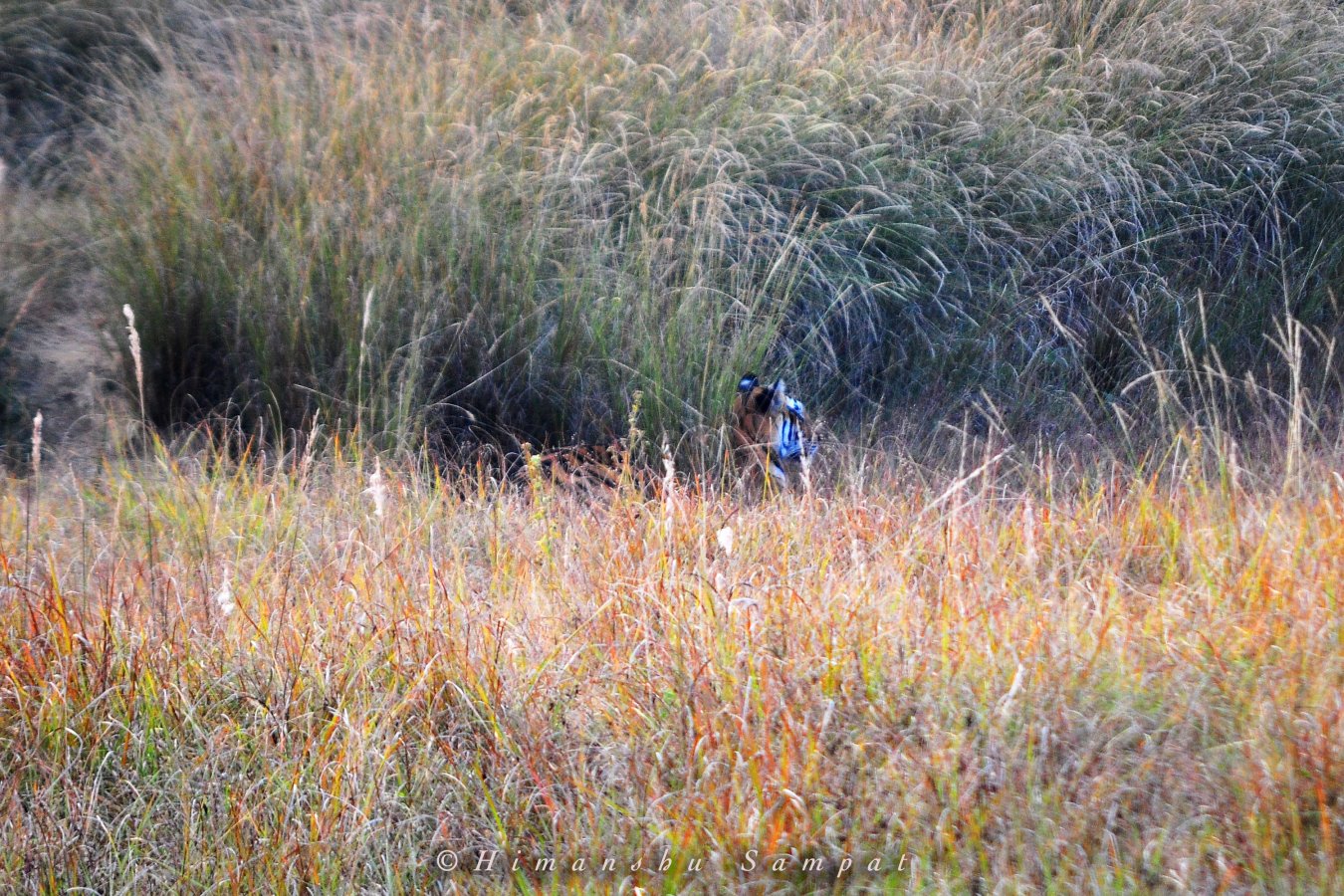 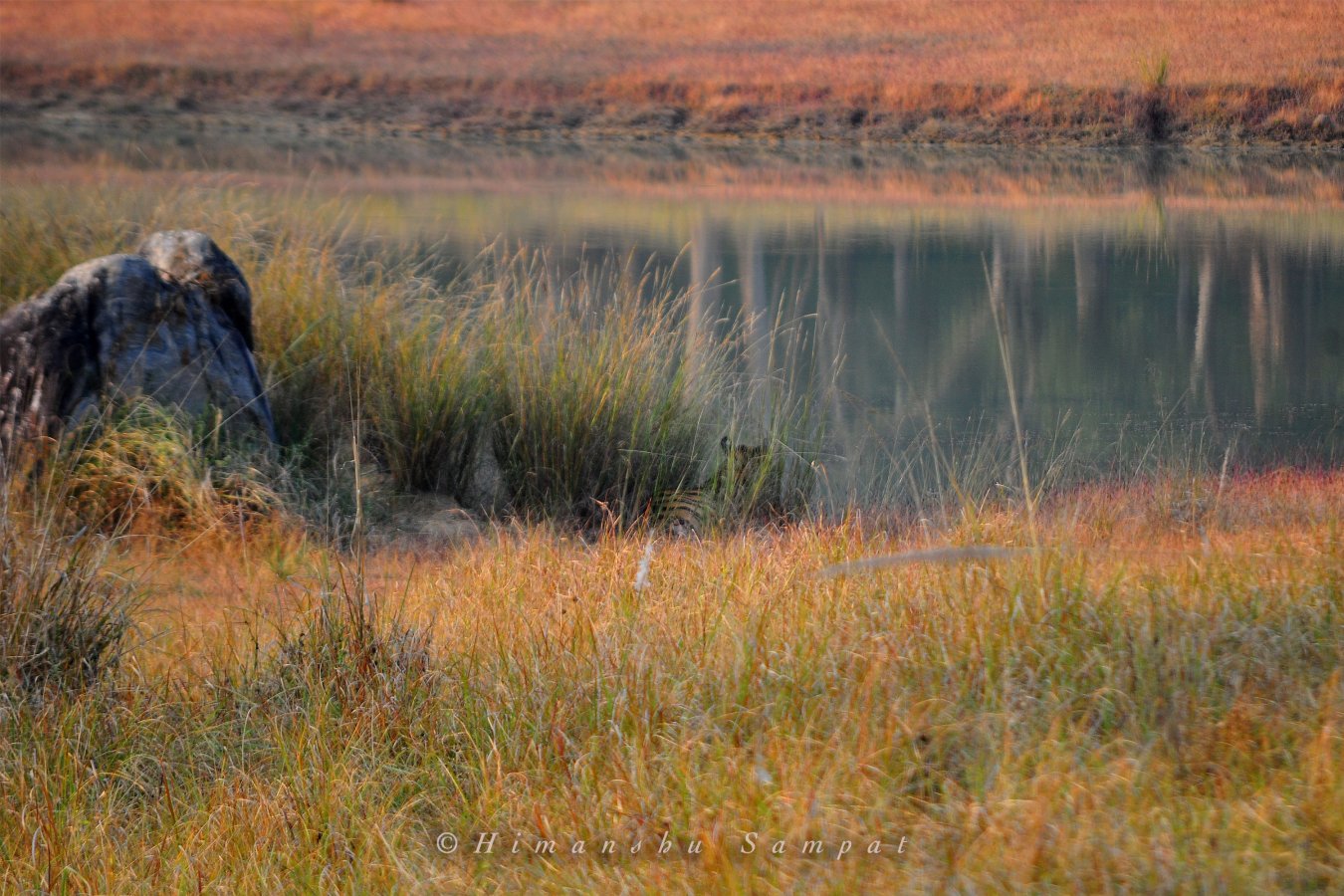 The evening was turning dark and soon it was time for leaving the tiger and the park.

If ever you guys visit Kanha, please try some food at Kamlesh dhaba located absolutely at the Khatia gate and don't forget to order baingan bharta. The smokey flavour and piping hot rotis are just awesome. 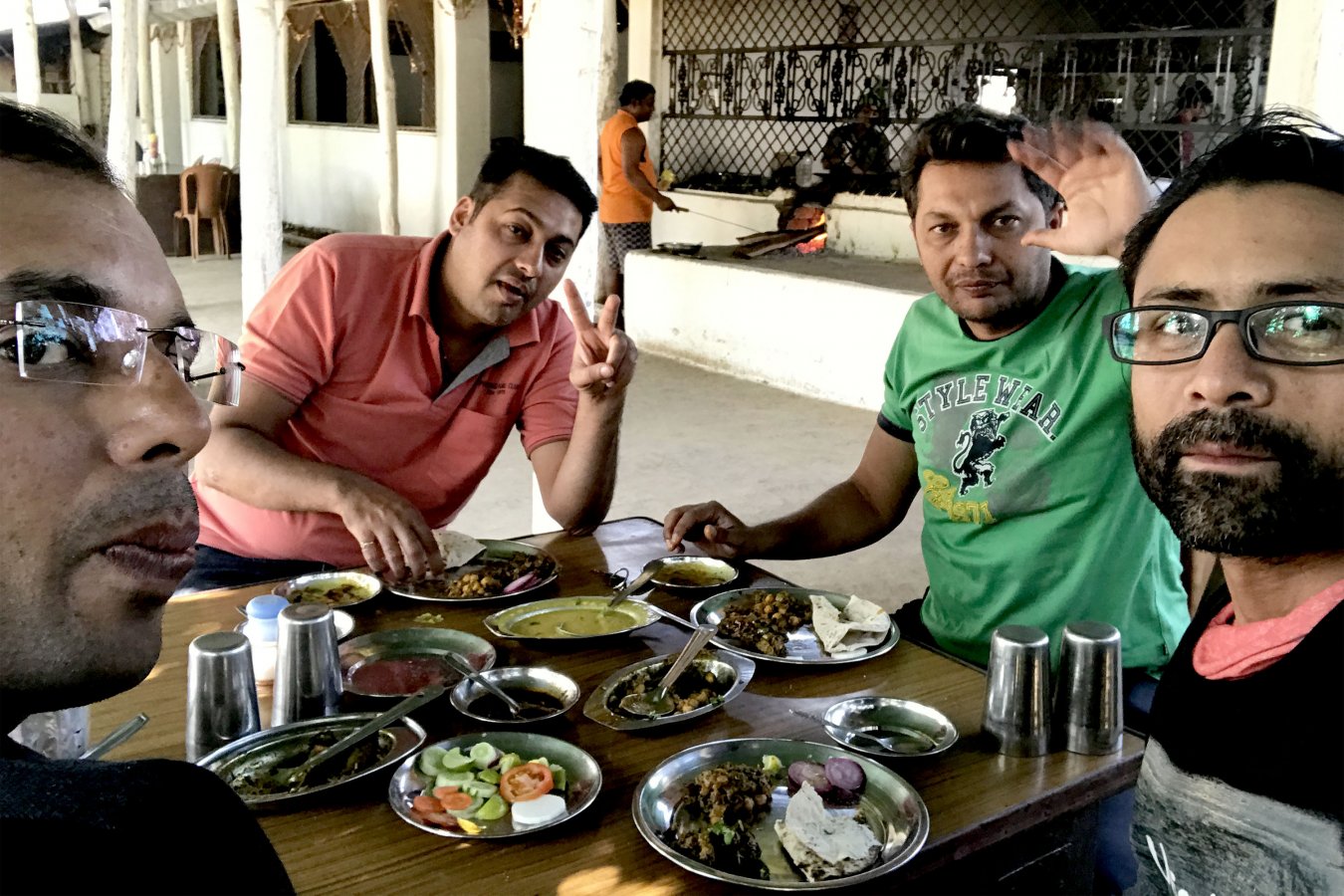 The time had come to bid adieu to the wonderful national park on the morning of our 3rd day of tour. After a healthy poha breakfast, we started for home.

Clockwise me in the white cap, Konark, Shekhar, VImal & Anand: 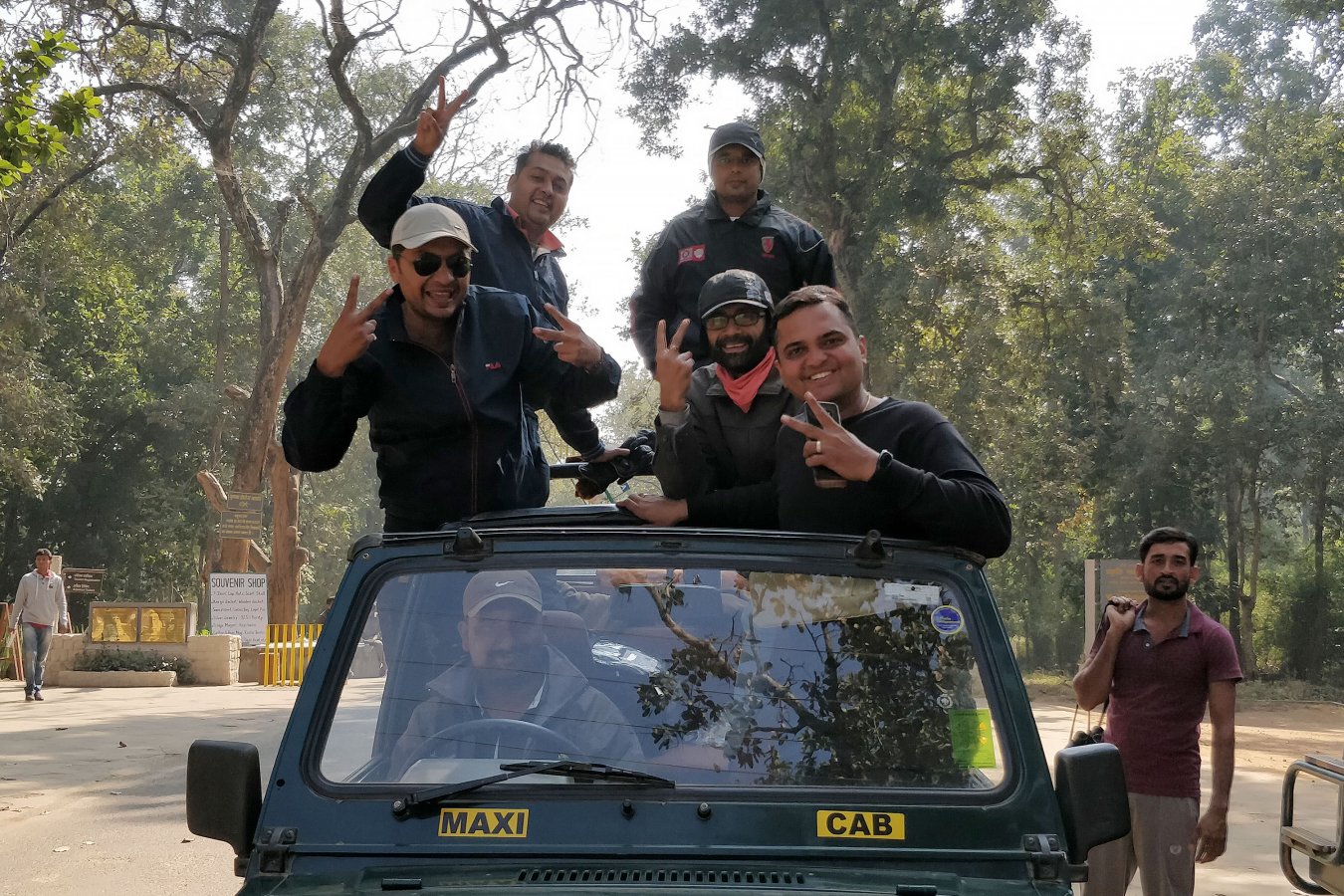 The route was same for returning and touch wood, we made it home without any incident, satisfied and safe with memories to last a long time.

Once again I leave you with the hunting song of wolf pack:

As the dawn was breaking the Wolf-pack yelled

Once, twice, and again!

Feet in the jungle that leave no mark! 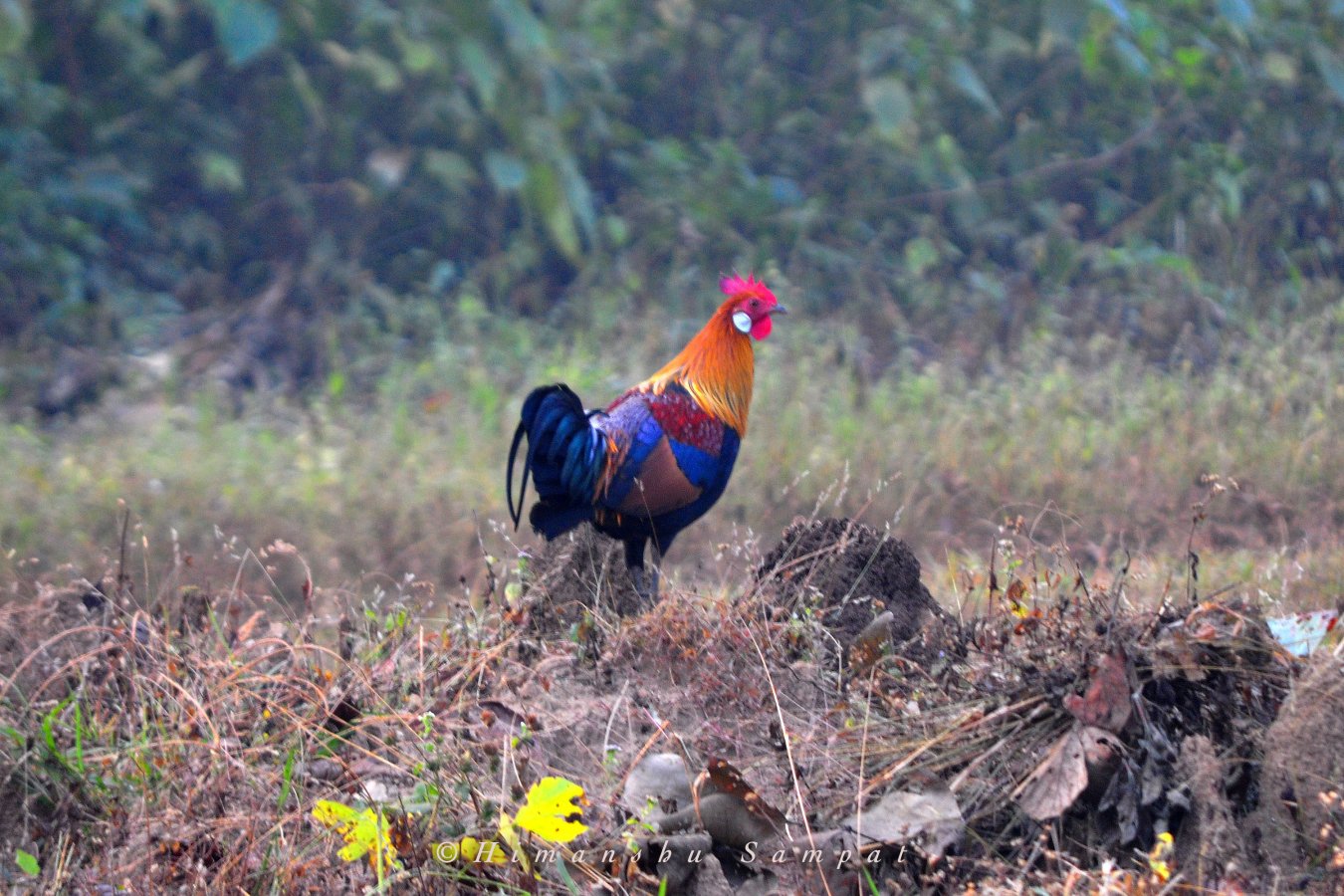 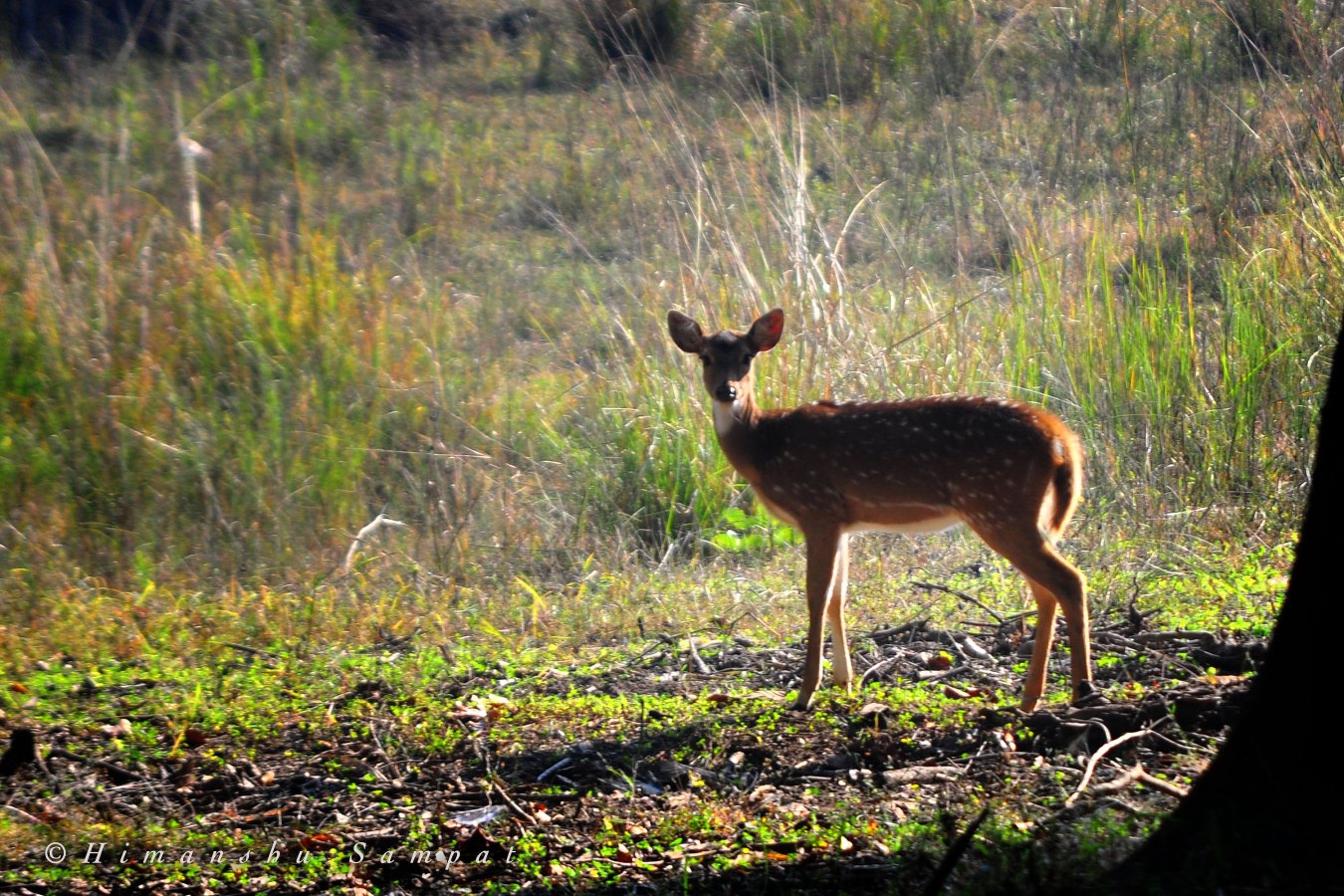 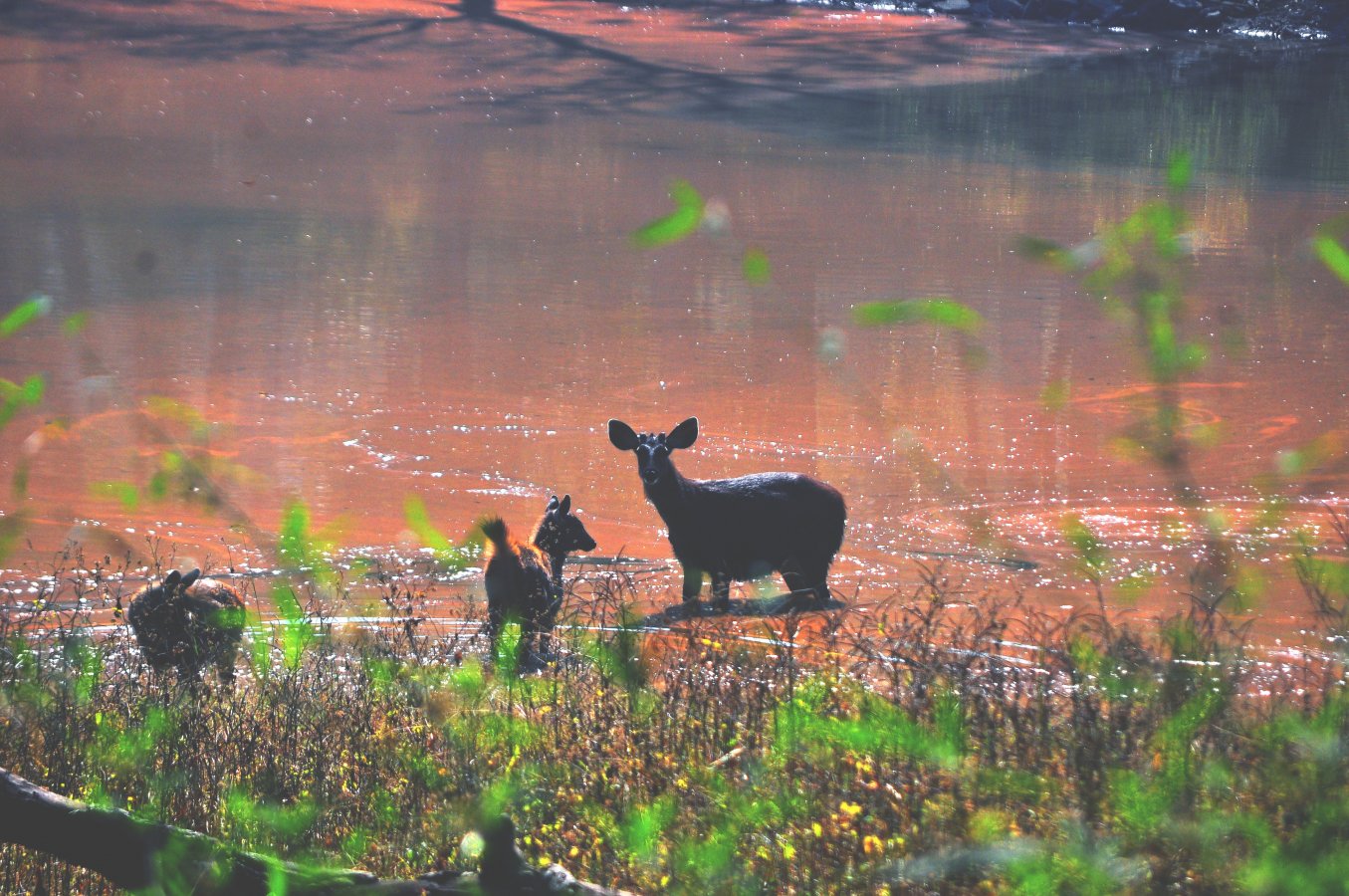 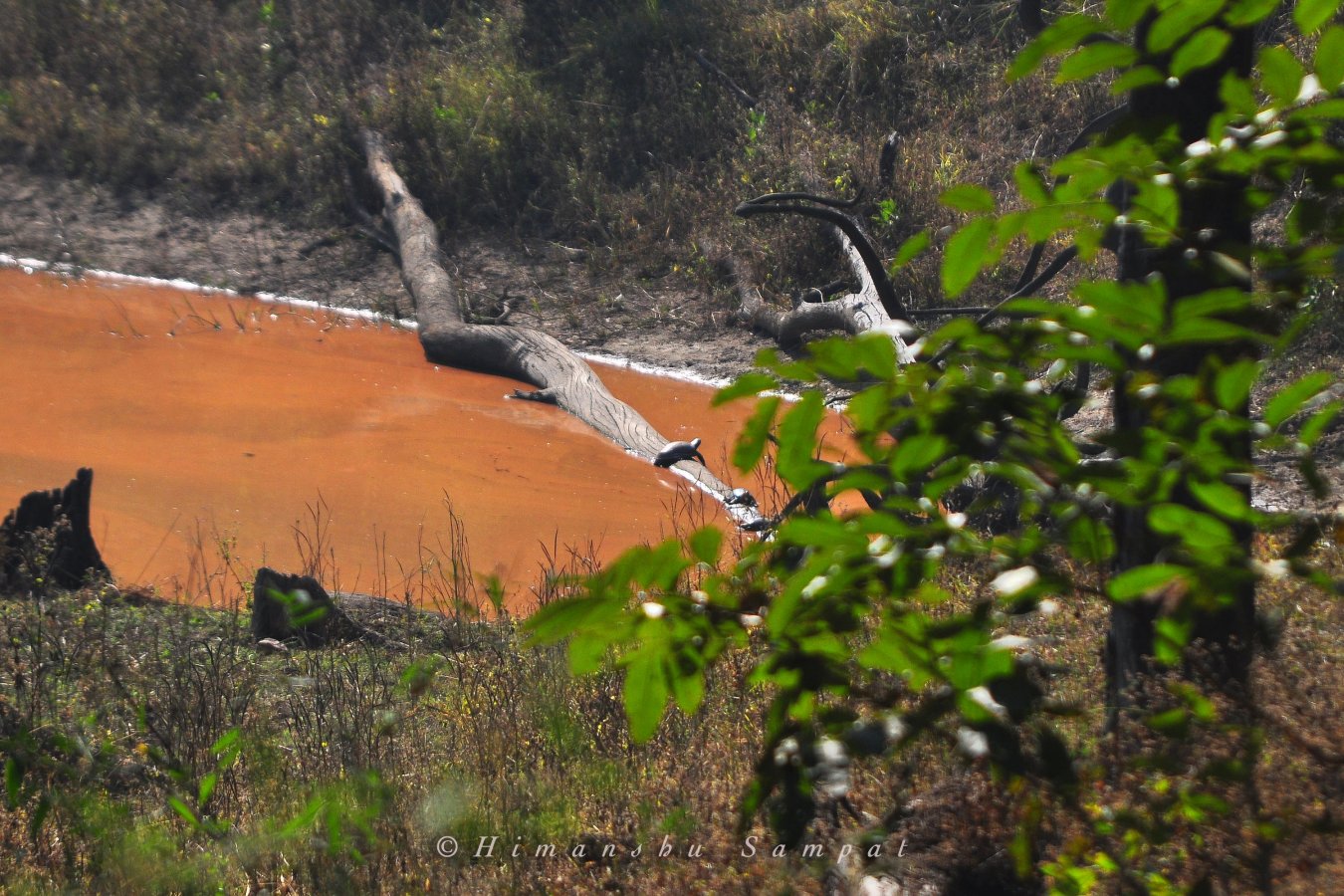 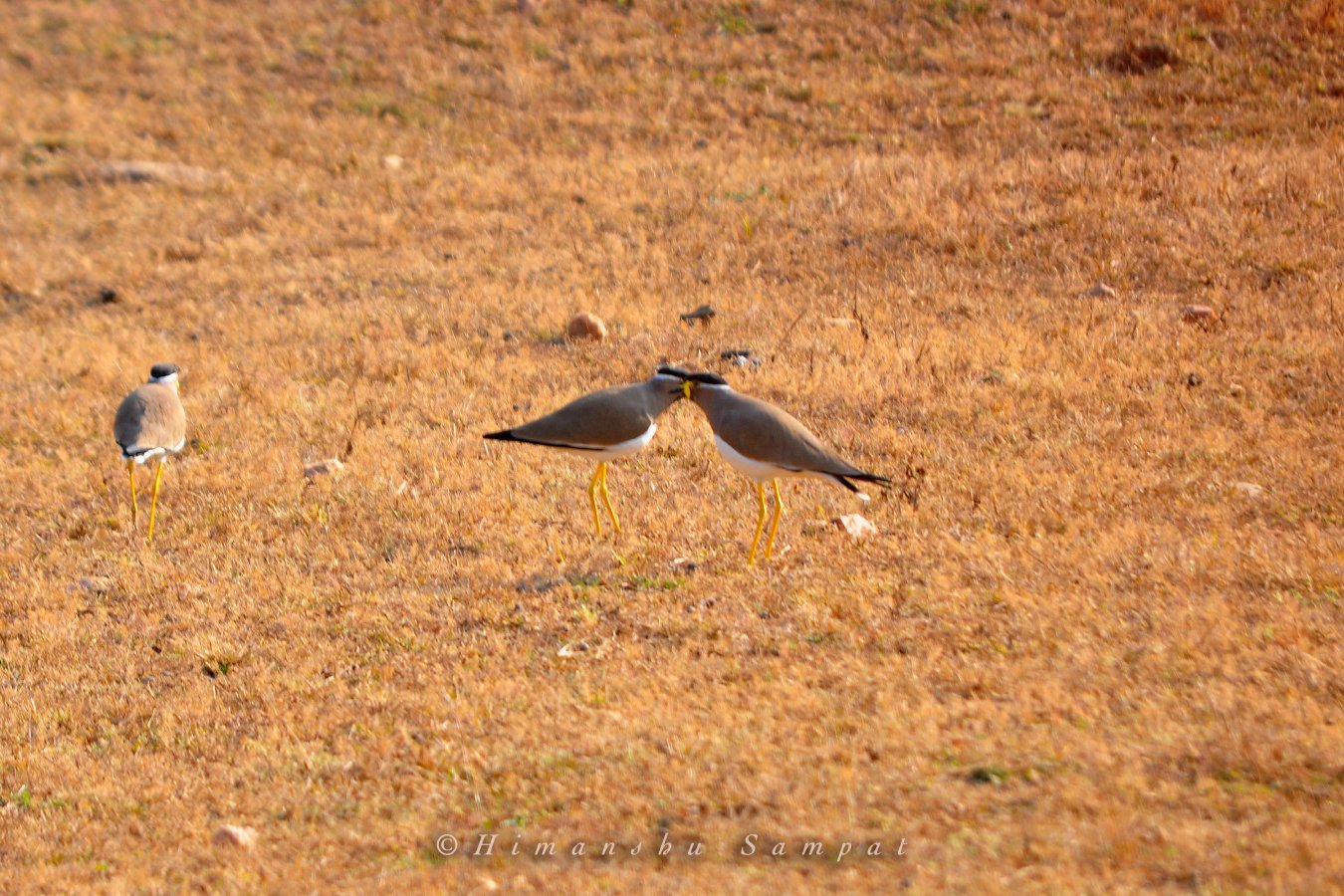 could you be able to tell me ...during this ride which bike was more comfortable Avenger or RE?

abhishek.raj01 said:
could you be able to tell me ...during this ride which bike was more comfortable Avenger or RE?
Click to expand...


Sent from my SM-T231 using Tapatalk

thanks abhishek
do watch the video too, you'll like it
regards