This year did not go well from the prospect of travelling. I usually go out for a tour with my friends once in year but this year no such tours could be fulfilled. With the year end approaching I and my roommate Ujjwal decided to do a bike trip around the regions of Aurangabad and Nashik. The route we prepared was Pune -> Bhandardara -> Trayambakeshwar -> Ellora caves -> Pune. We decided to leave the next day of Diwali.

The plan was to leave from Pune by 6:30 in morning. We fueled our bike and left by 7 am. Bhandardhara was 165 km from Pune. We took the Pune Nashik highway. The highway is good to ride. After 1 hour of ride we stopped at a restaurant on the highway for breakfast. The restaurant was good and the food quality was also good. 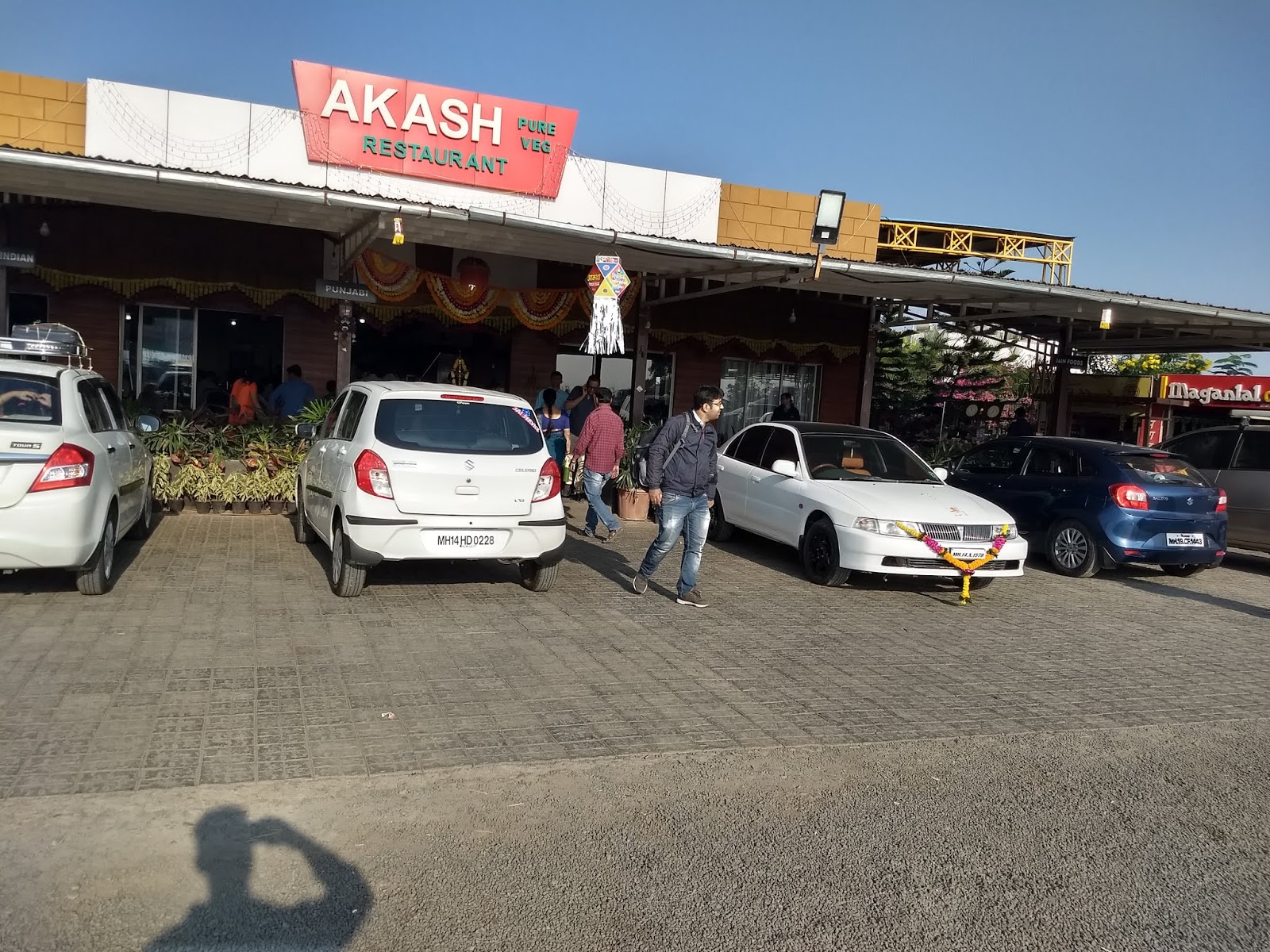 We had our breakfast and left after half an hour. The road till now was a treat to ride on. After going for some time on the highway we had to leave the highway and enter the villages. The road condition was not so good though we enjoyed the scenic view of the villages. 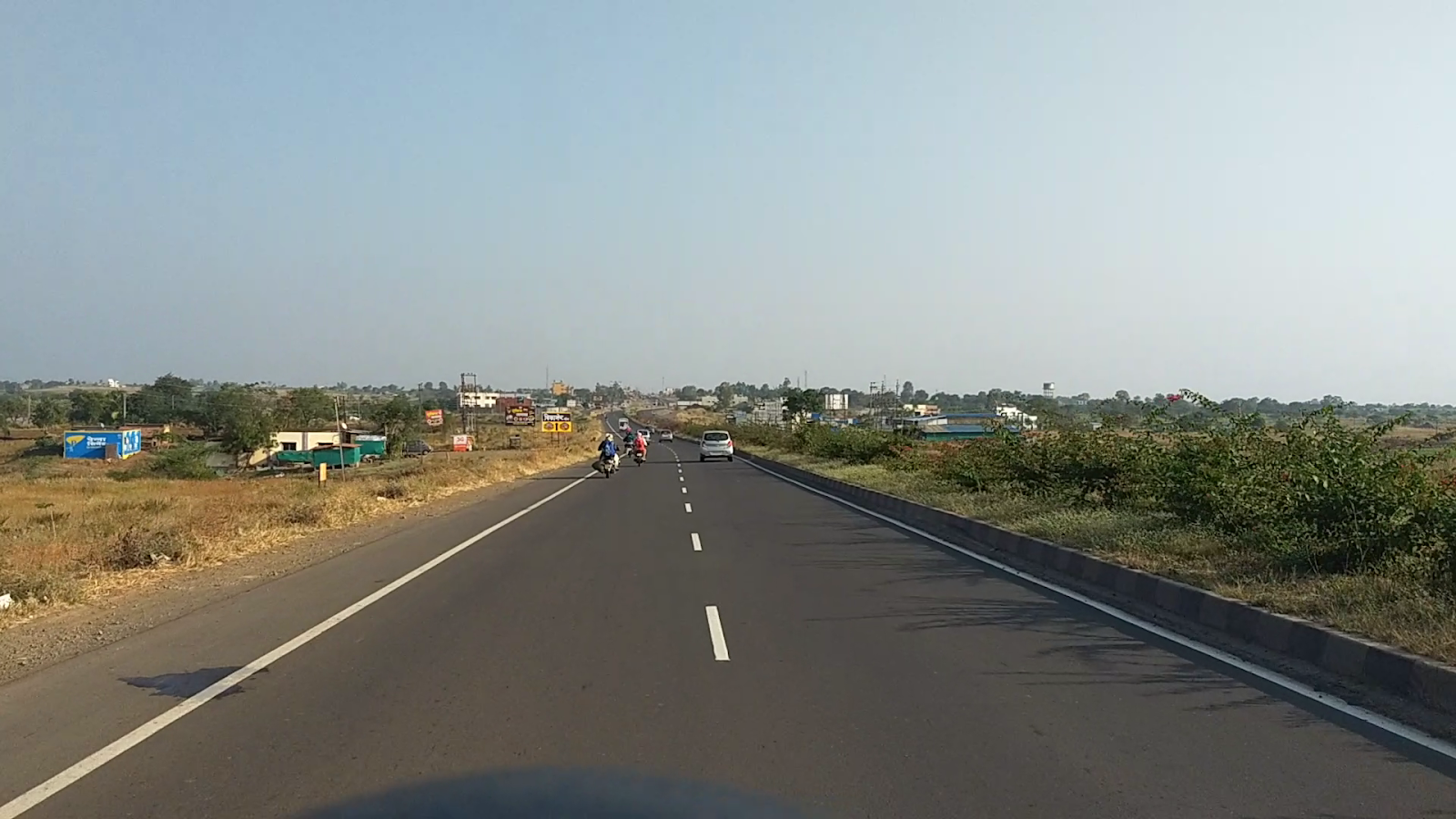 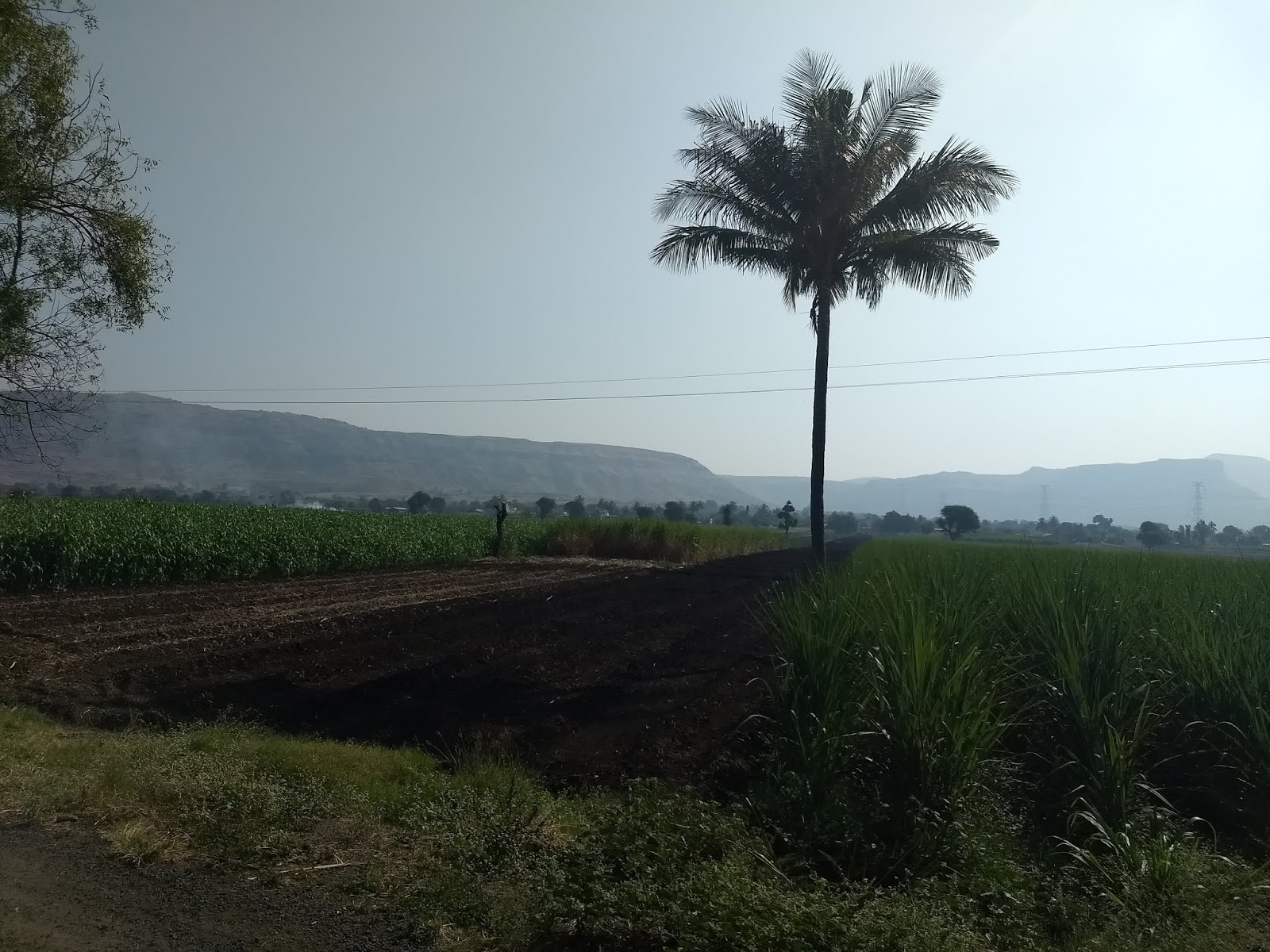 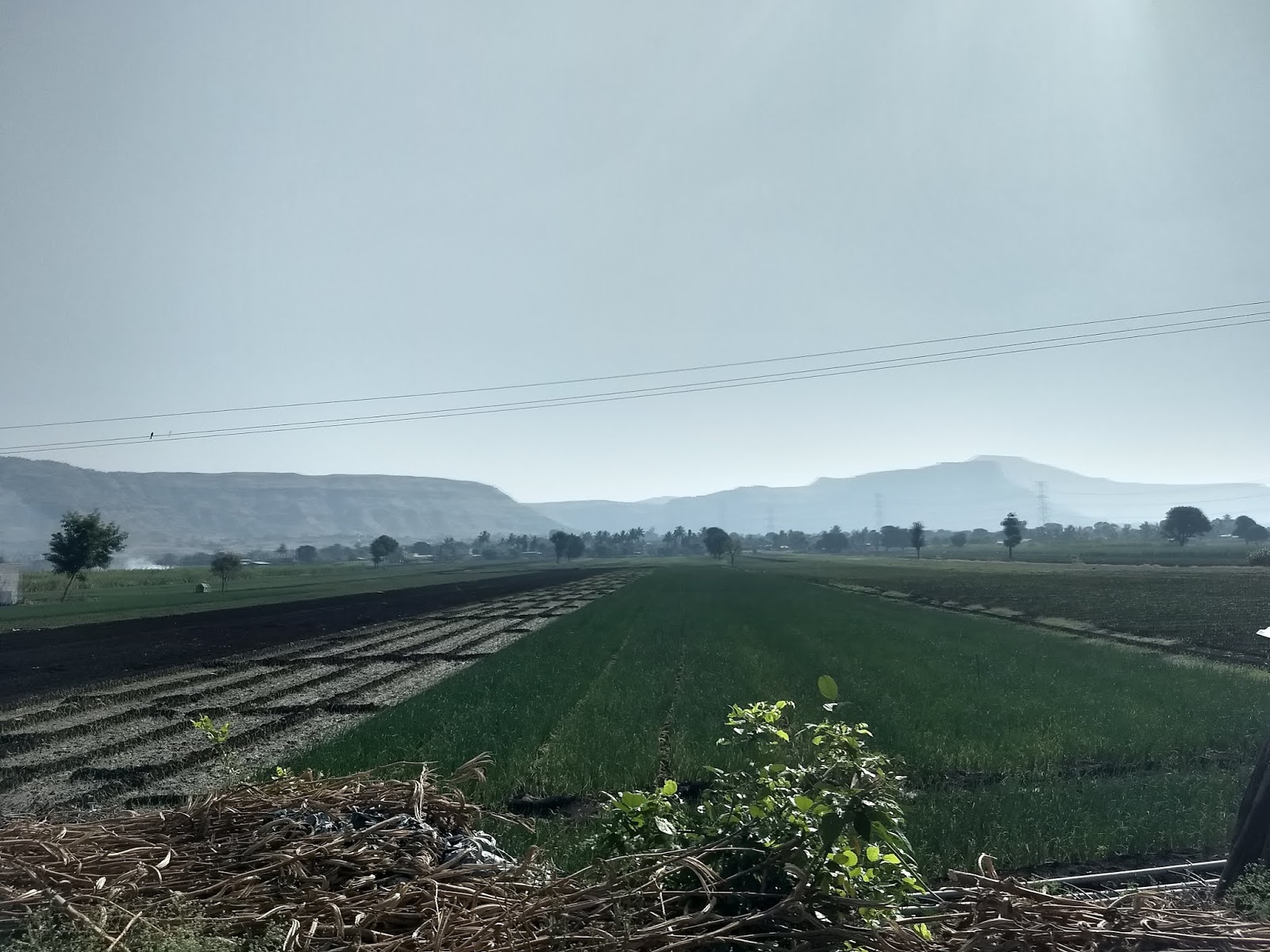 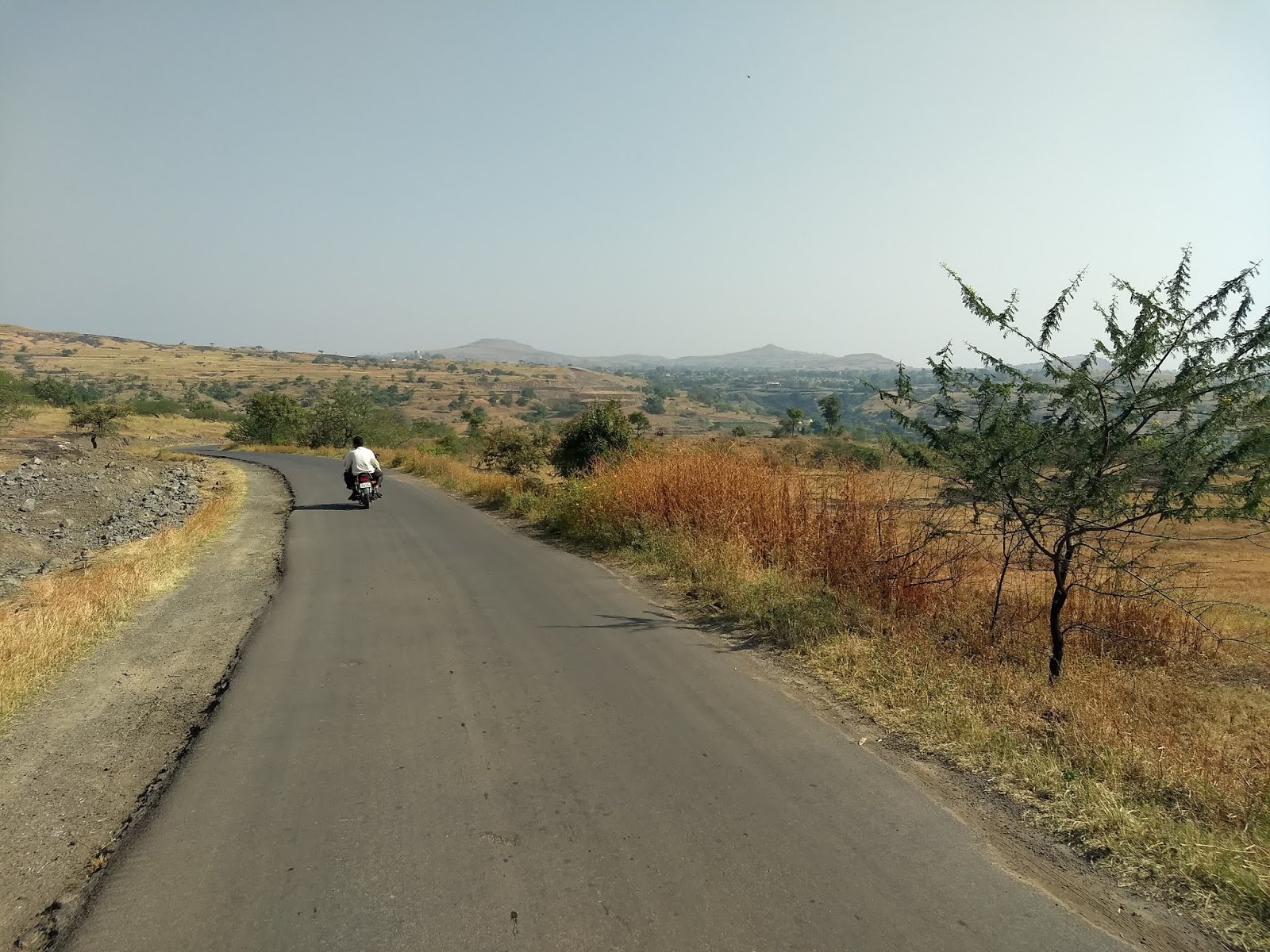 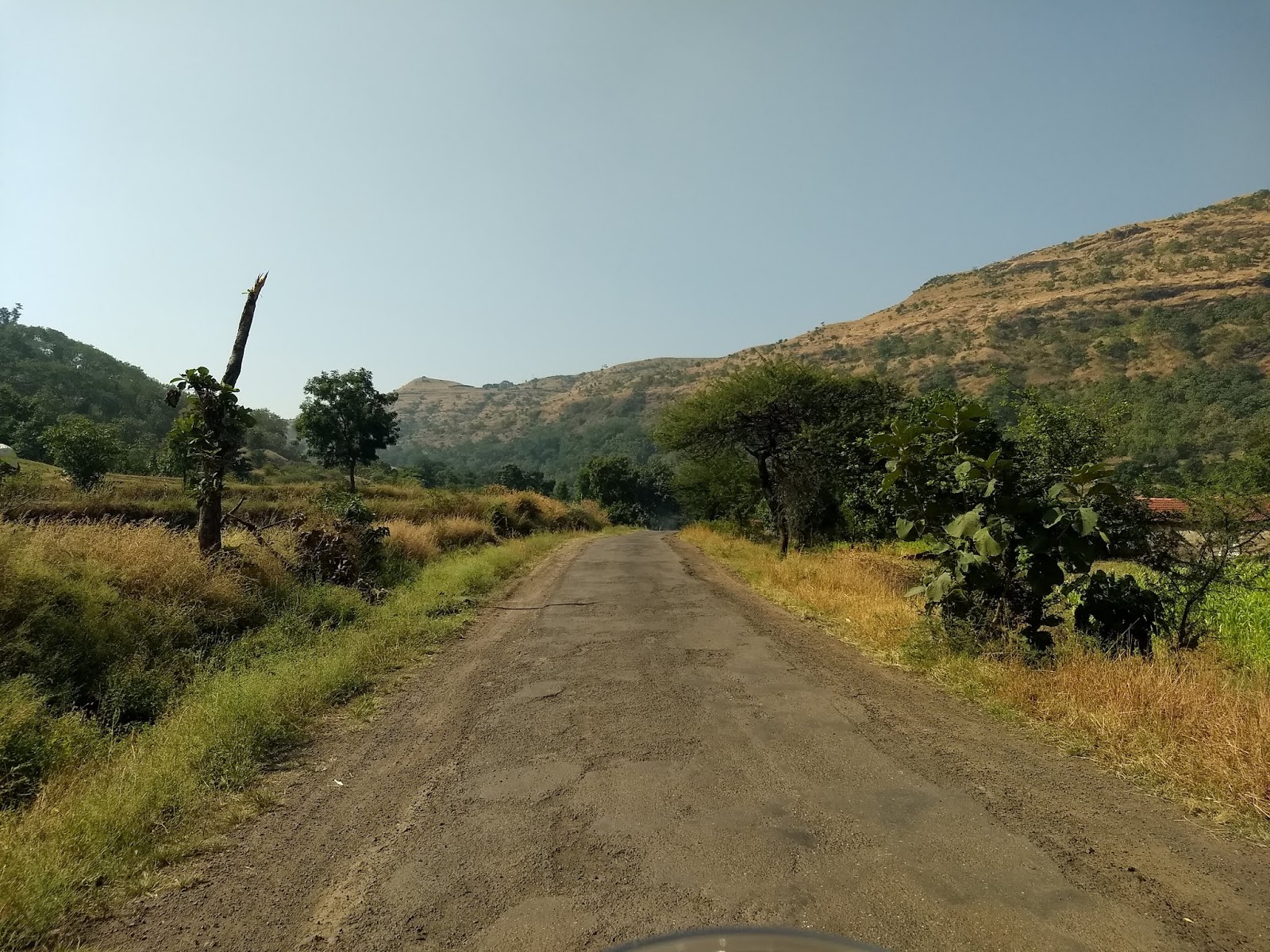 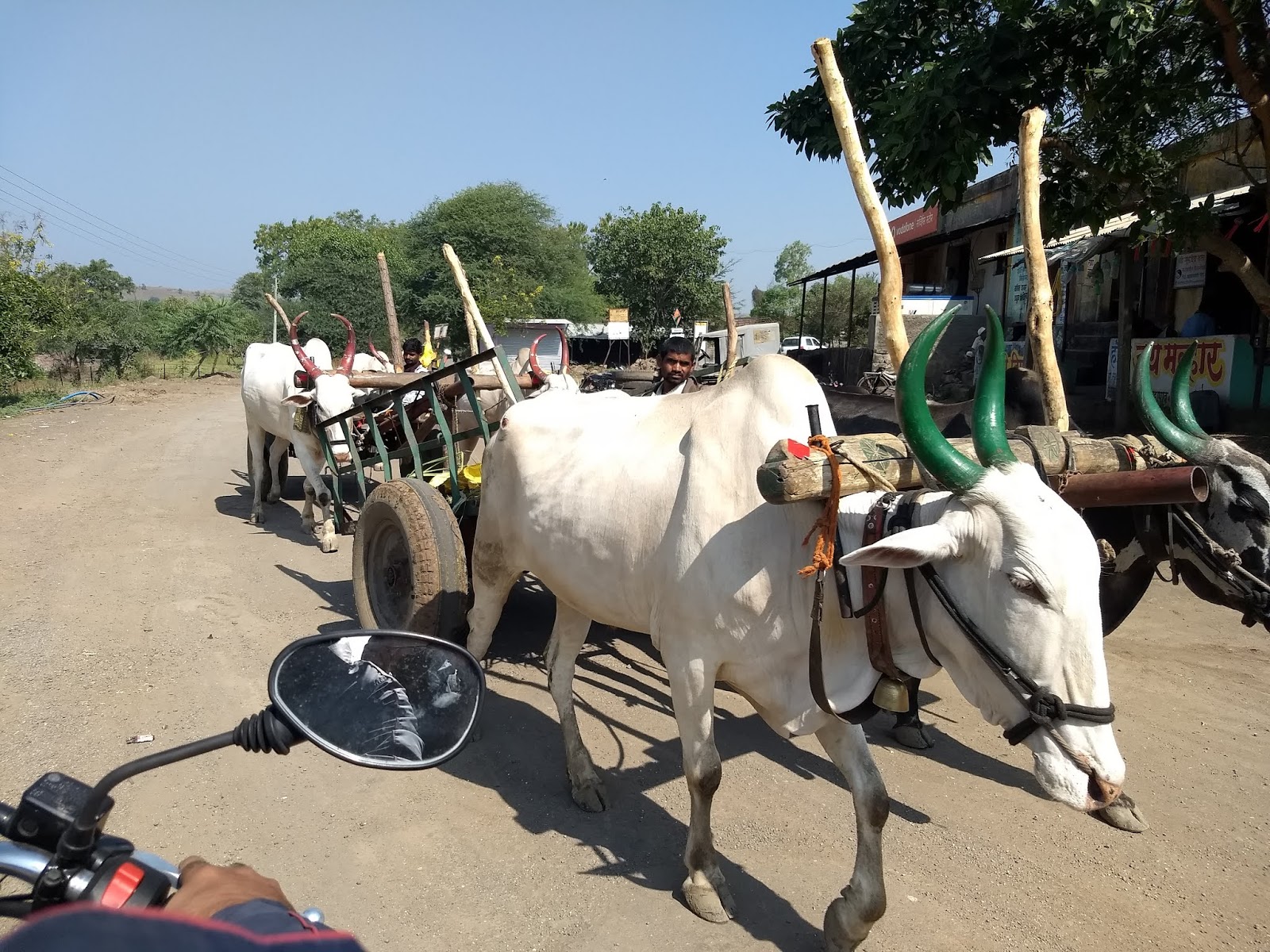 After driving through the narrow and rough roads by 12 noon we reached Bhandardhara. We found a garden to left side of the road. We parked our bike outside the garden and went in to take a walk inside it. What a lovely place it was, so calm and soothing. We went further inside it and saw the water from the dam flowing from the gate along side of the garden. It was suck a peaceful place that w decided to sit there for about half an hour . 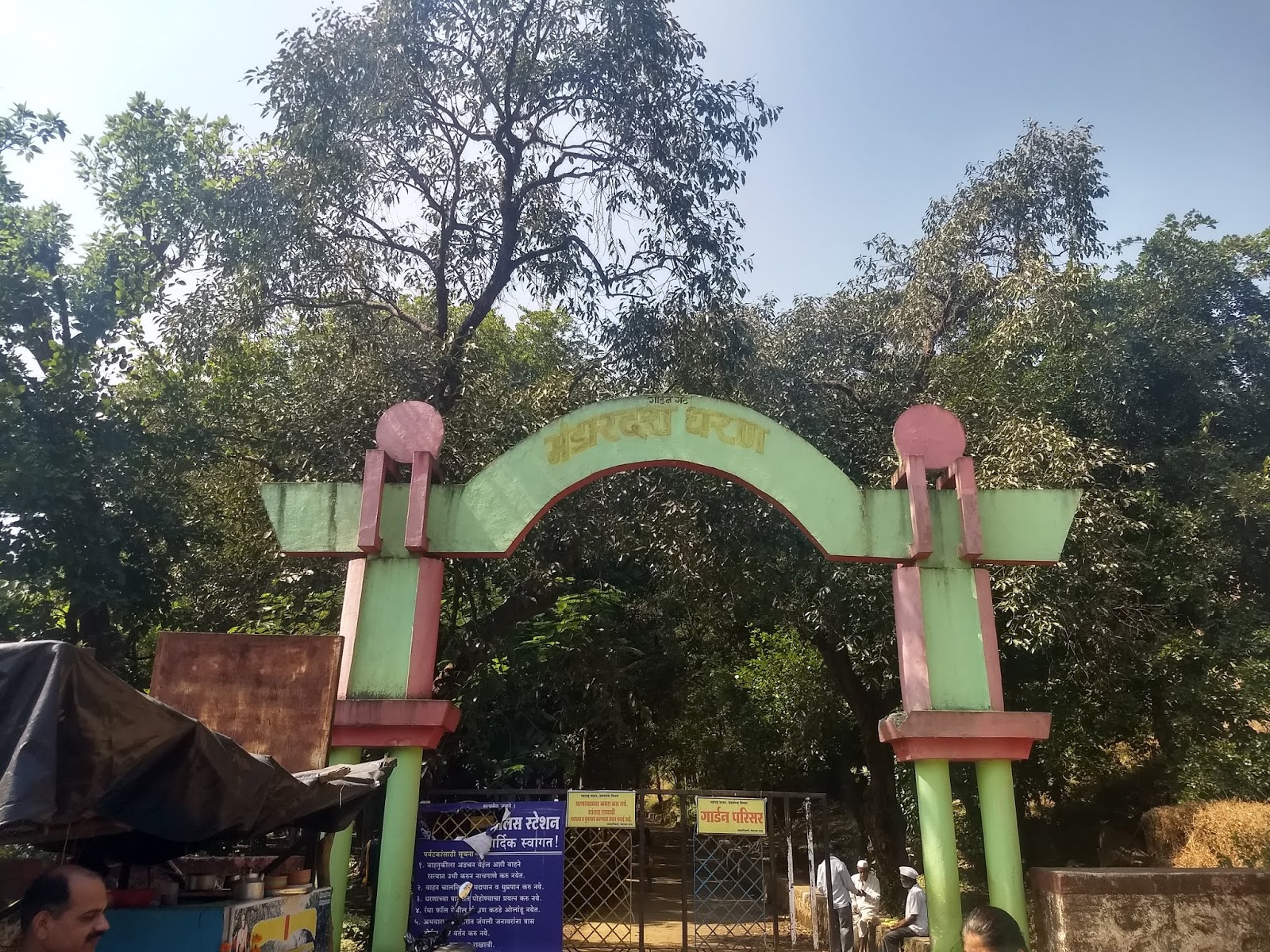 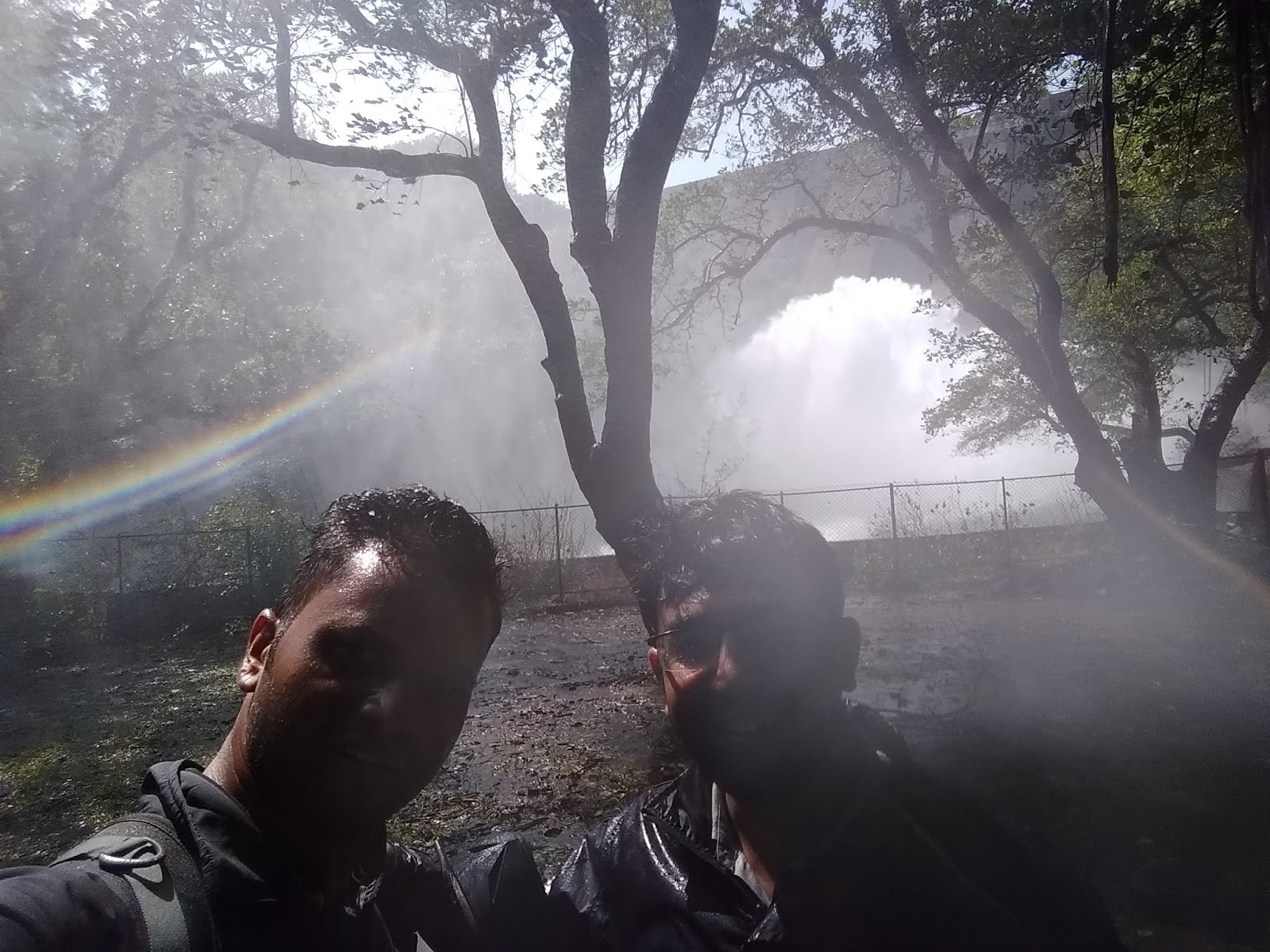 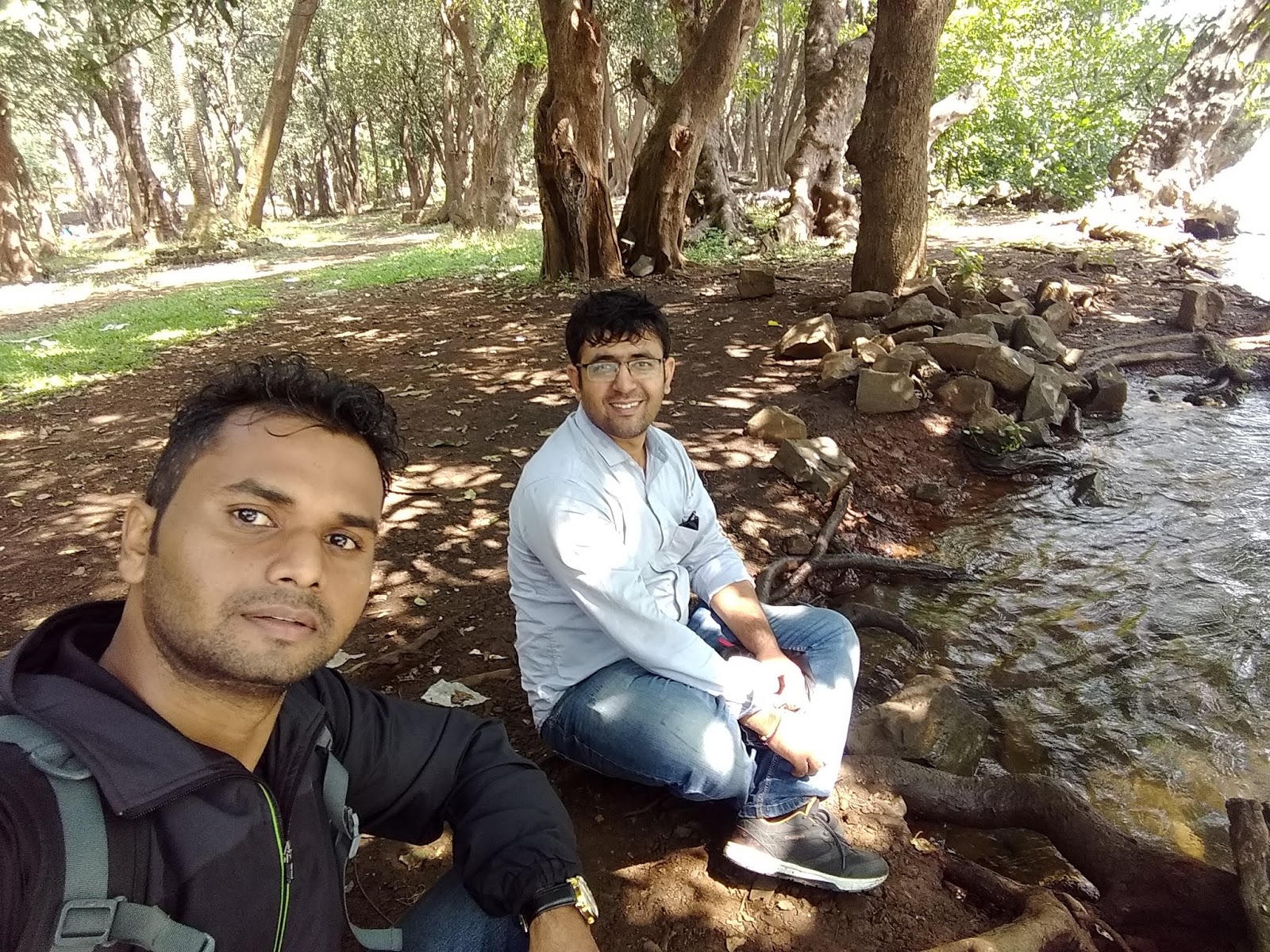 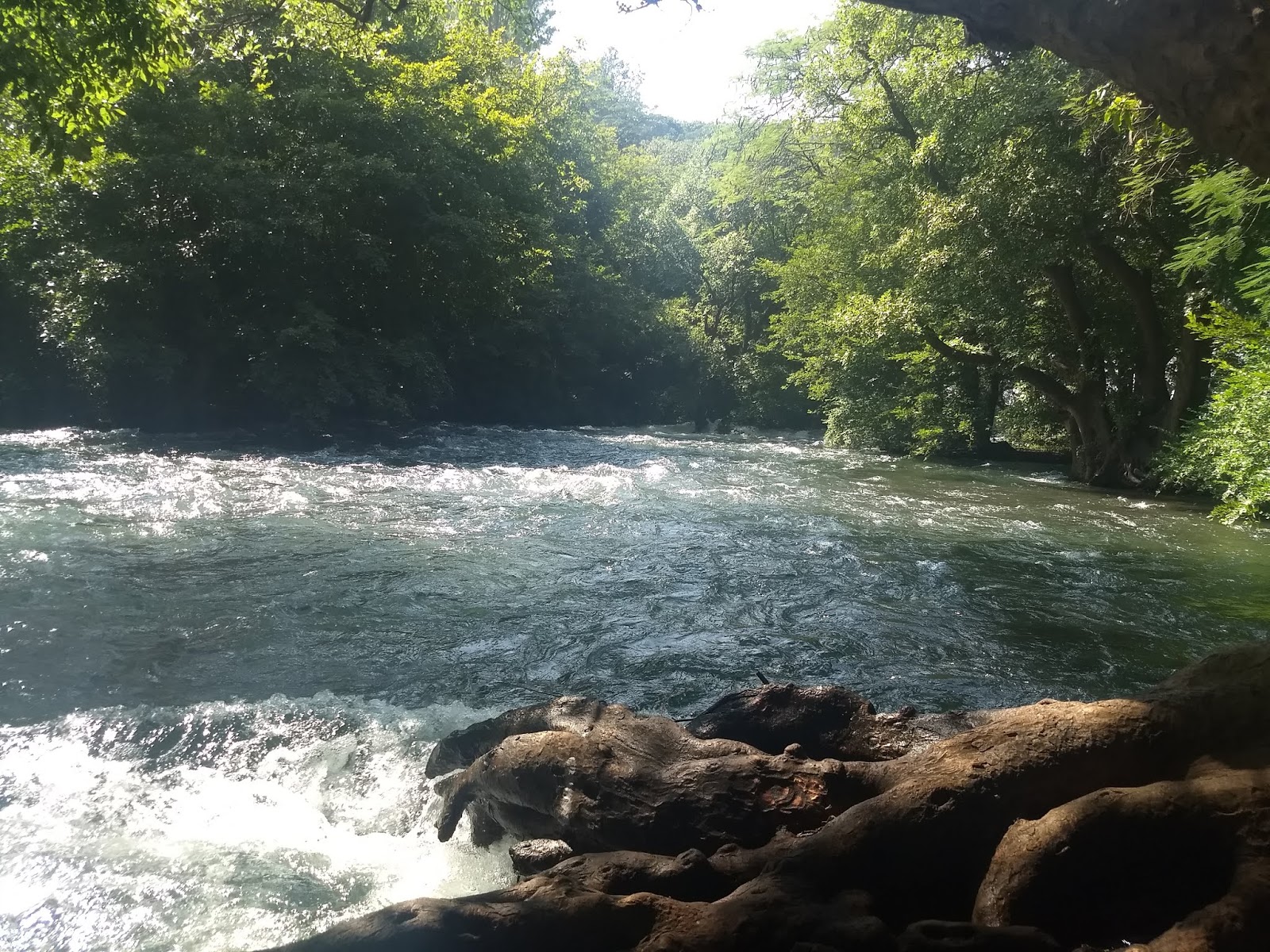 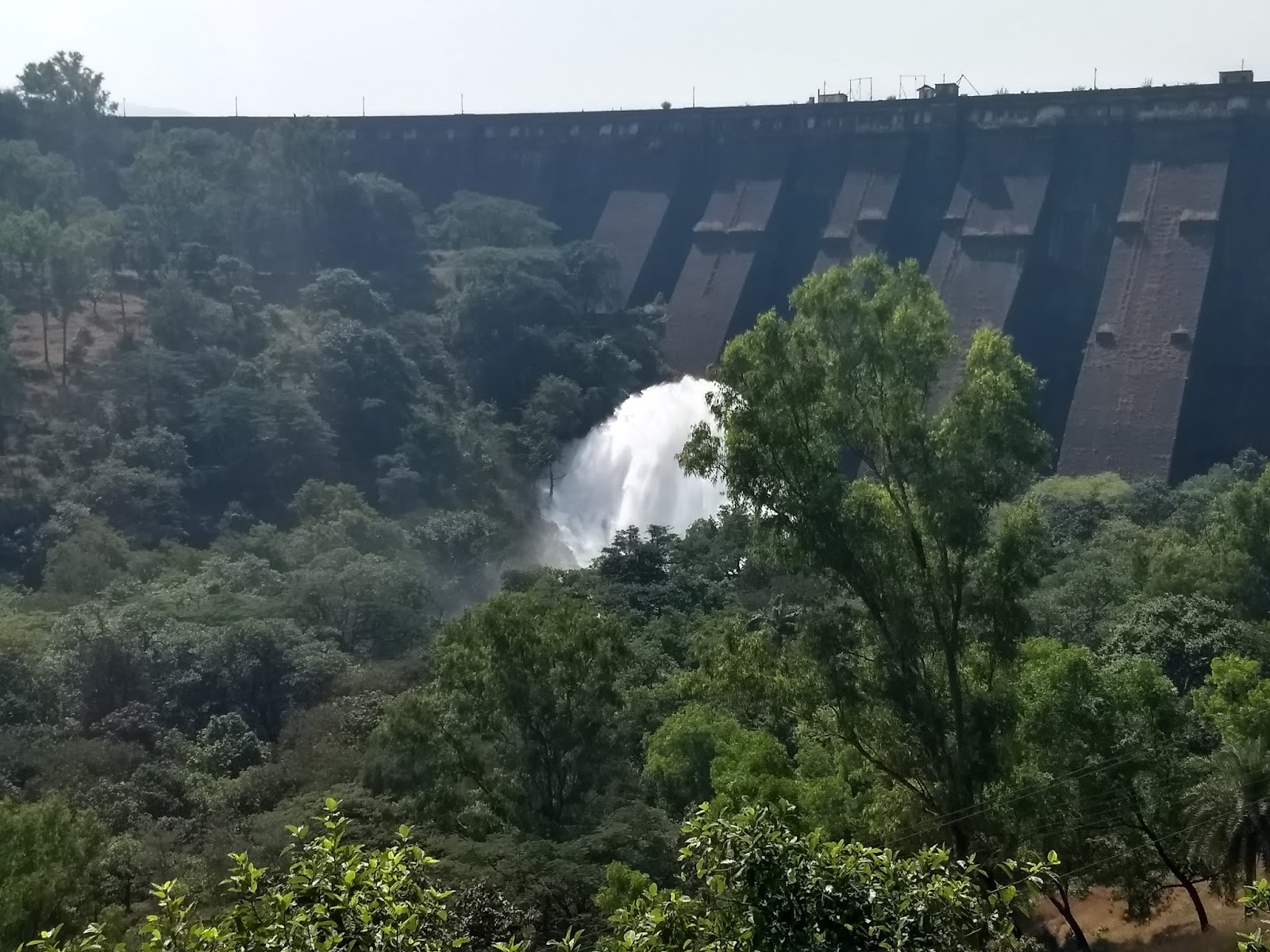 After staying there for about 1 hour we came out and had a small meal. The plan was then to leave for Kalsubai peak but it was too hot and the time did not permit us to do so as it was already 1:30 pm, so we dropped the plan fir Kalsubai and decided to leave for Tryamabakeshwar which falls in the the Nashik district. It was 85 km from Bhandardhara. The road from there was one of the worst road I have ever travelled on. After riding for about 1 hour in that hell of a road we finally reached the Mumbai - Agra national highway.

After going for some distance we had to leave the Mumbai - Agra highway and take a left and drove for another 40 min which led us to NH 848. We took left from there and continued straight. After about half an hour we reached Trayamabakeshwar which is one of the 12 Jyotirlinga of lord Shiv around 4 pm. We booked a room nearby in a hotel which was 5 min. walking from the temple. We took some rest and then had a bath and left for the temple aound 6 pm. I googled out that one is not supposed to carry purse, bag, camera inside the temple, so we left our stuffs in the hotel room itself. But when we got into the queue inside the temple we saw people taking selfies and clicking pictures which left us confusing.

We did the darshan and the whole process took us about 2 hours. We came out of the temple and had our dinner in the nearby shop and then after a casual walk around the area we left for our room. We were quite tried buy that time so we went to sleep preparing ourselves for the next day. 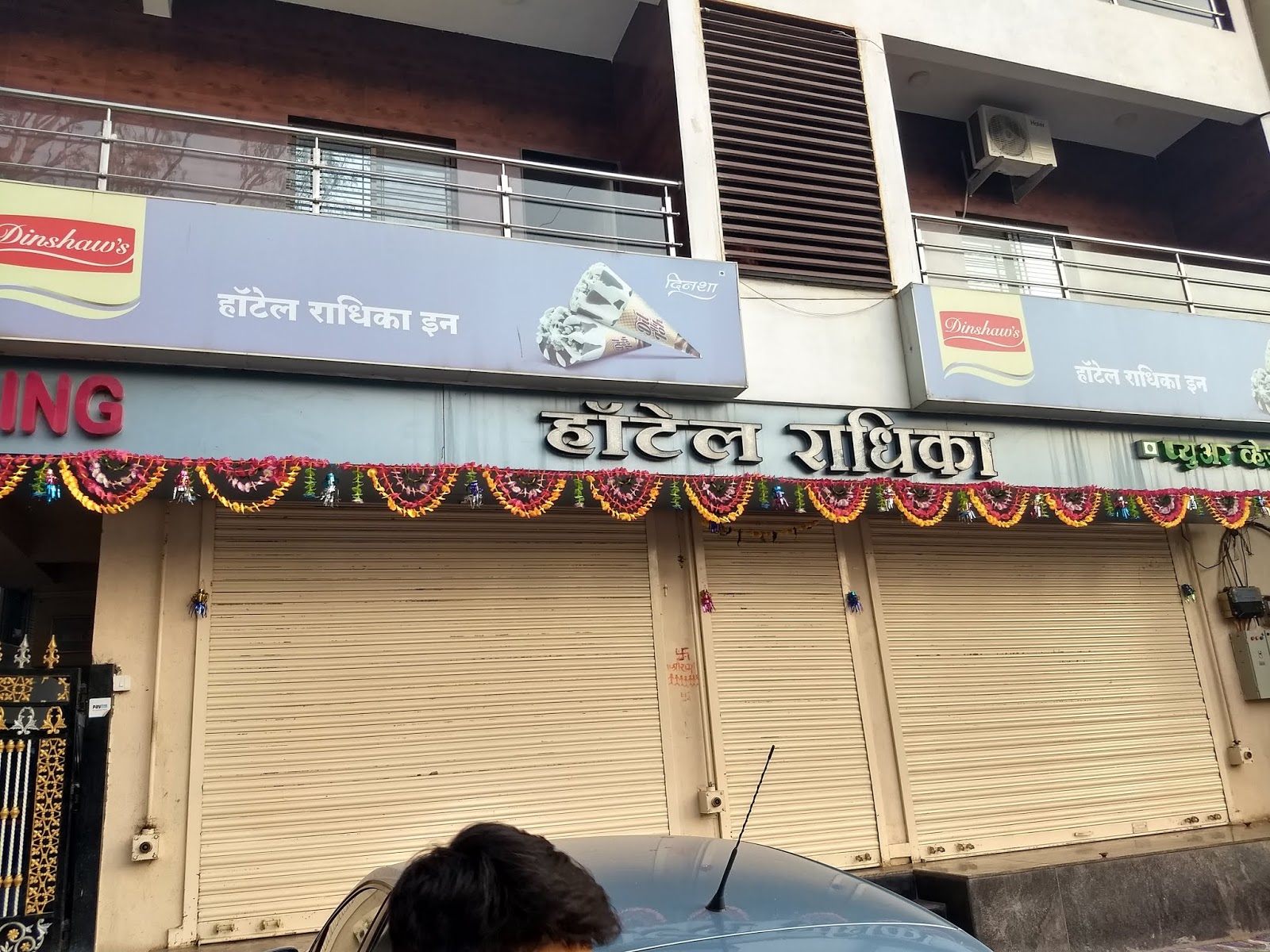 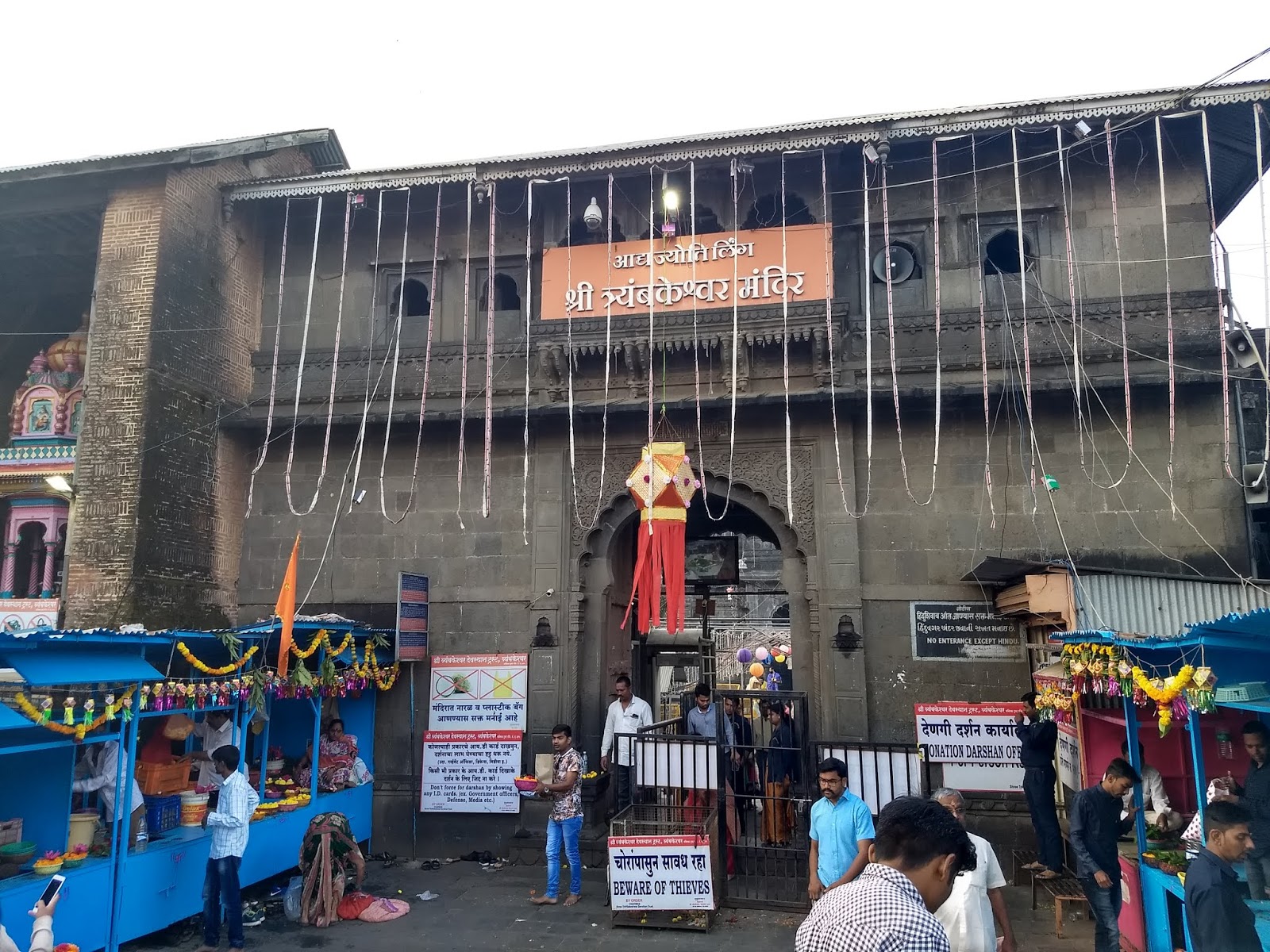 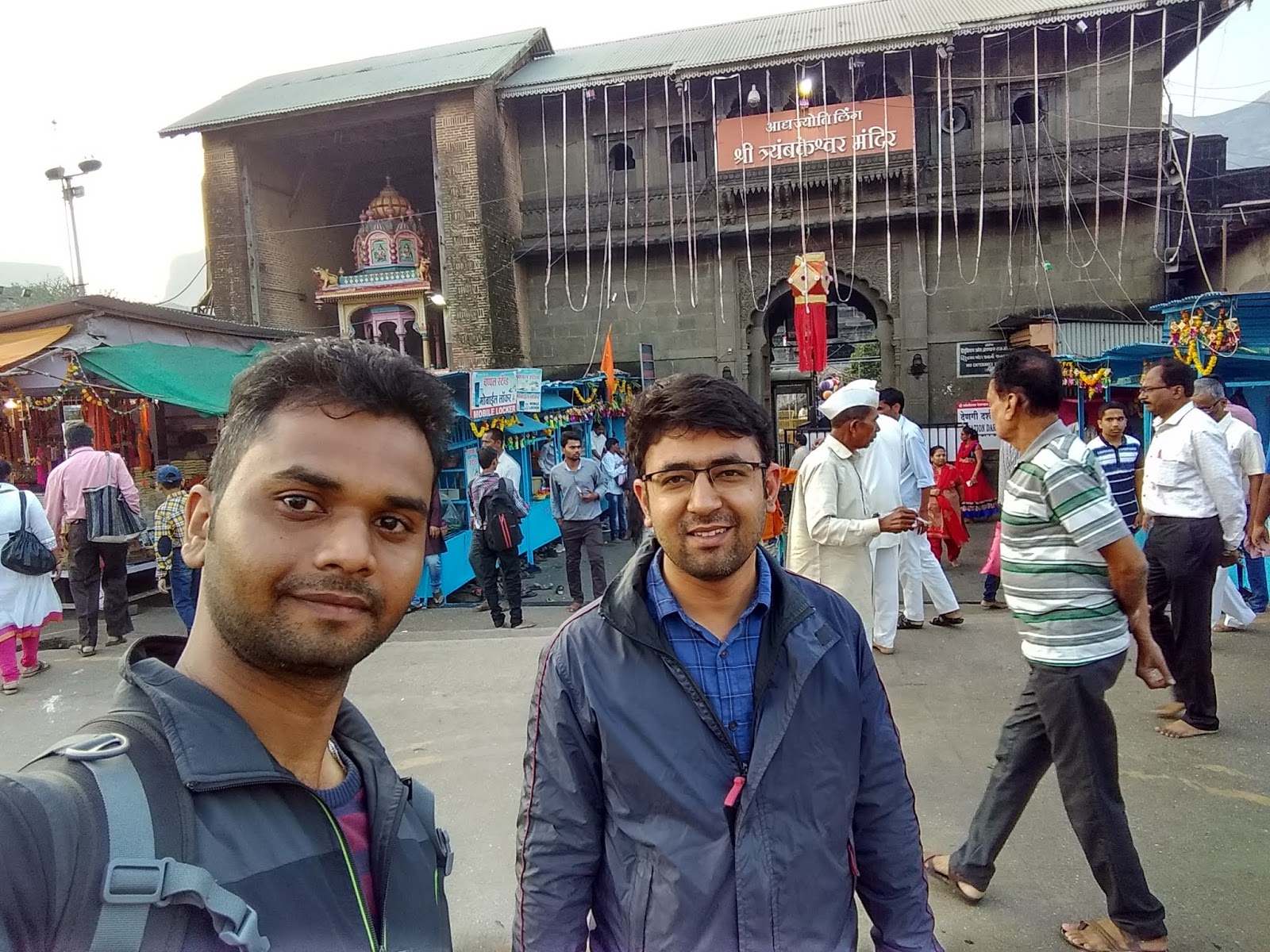 We got up at 6 am and got ready to leave for Ellora. The distance till Ellora was 203 km. We left the hotel by 7 :15 am. The road which we took was NH 848 and it was a treat to ride on this road. The cold breeze along with the sunlight made the ride a heaven. 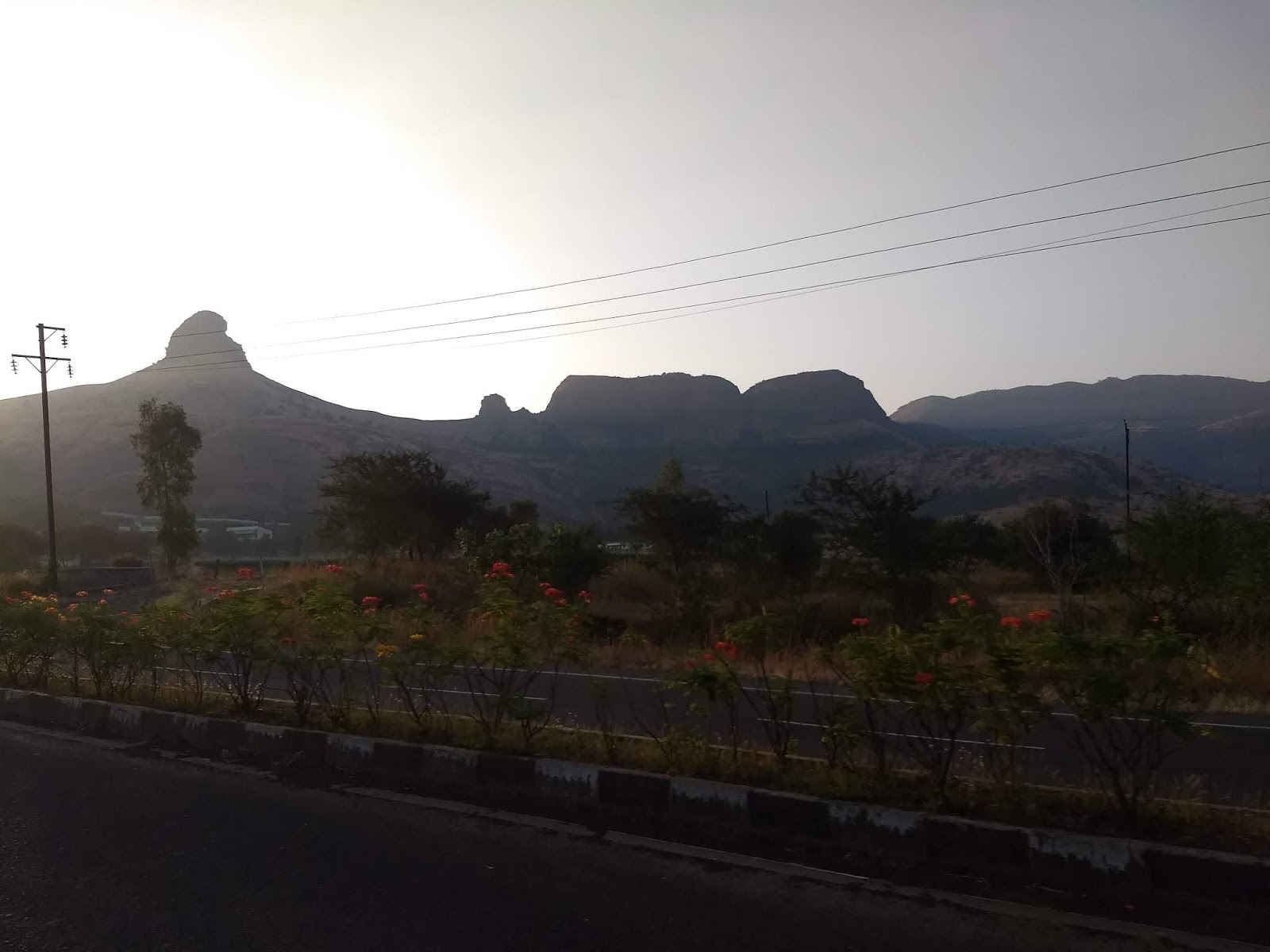 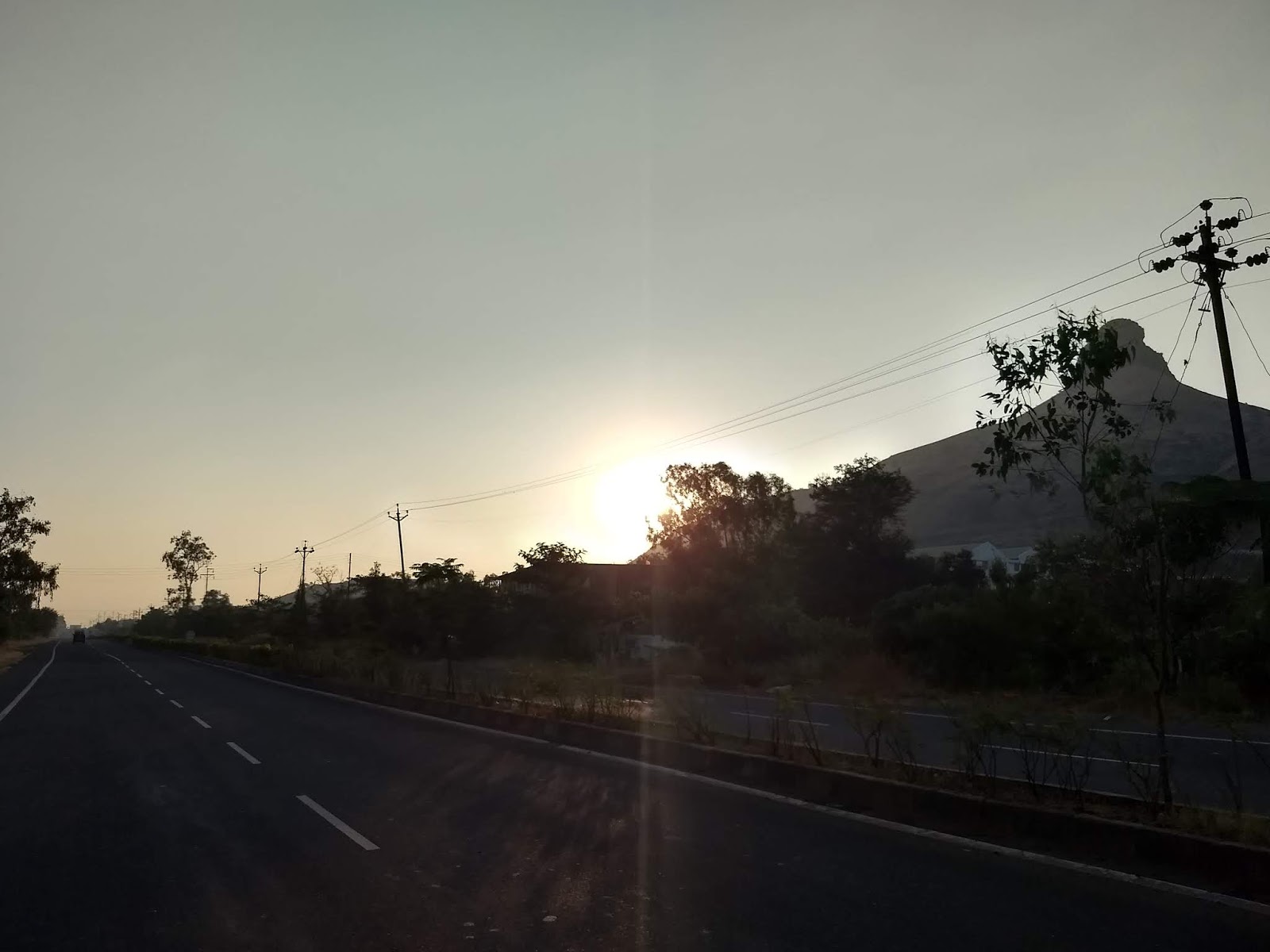 We continued for about 45 min and then left the NH 848 and took the Aurangabad - Nashik highway.
This was a long stretch of ride. We had a major stop for having breakfast and few small stops for water break 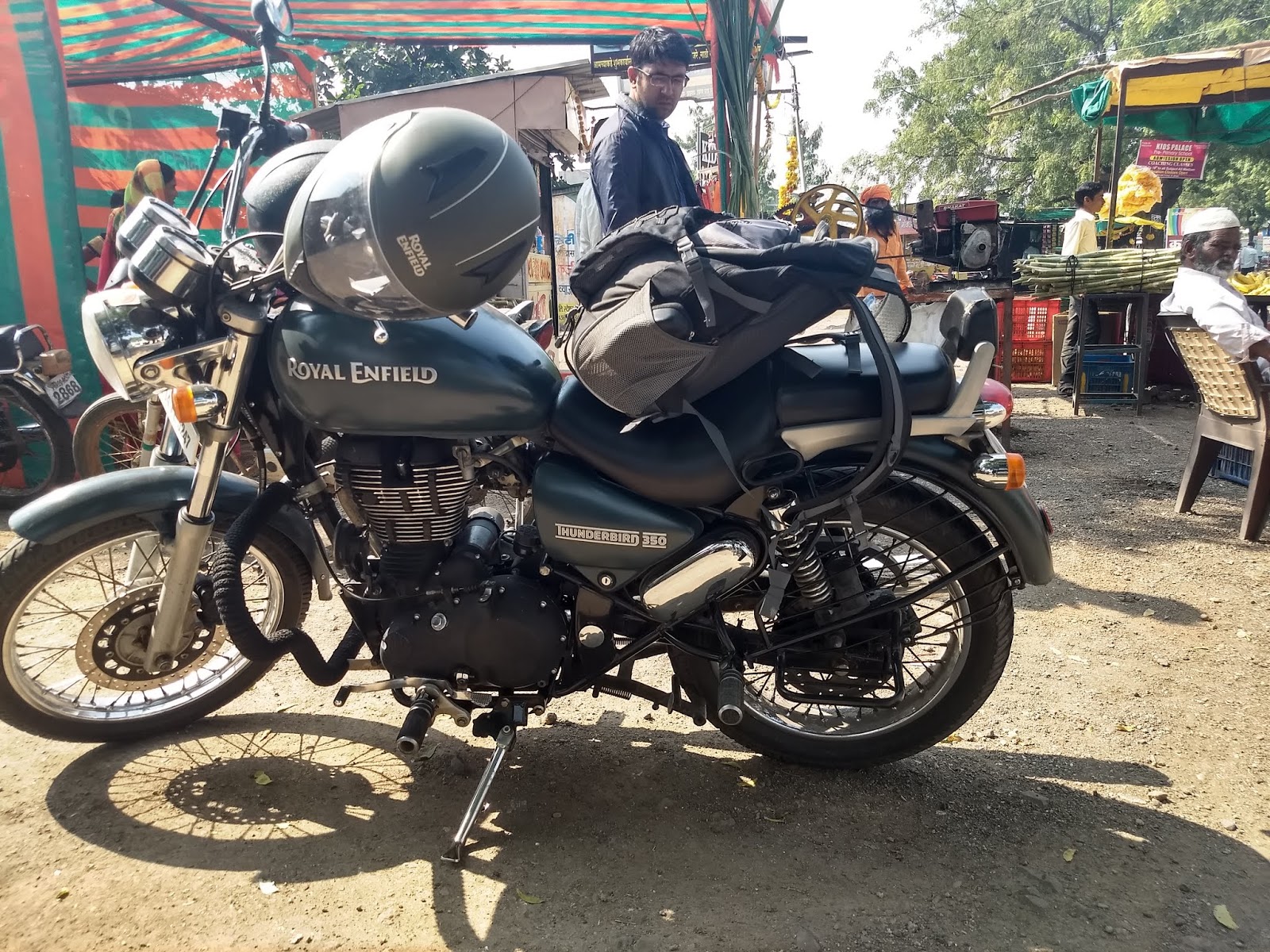 At 12 noon we reached Ellora caves. Till now I had only studied it in books and now we were about to witness the finest arts and sculptures of our history. We took tickets, the price of ticket is 40/- INR per person for Indian citizen and 600/- INR for foriegn citizens. There are total 34 caves. Majority of the crowd was there in the Kailasa temple caves which was cave number 17 I guess. We took a tour inside the cave and witnessed the finest works of the rock cut temple of old era. the cave took around 200 years to built. There were stone cravings of deities all around the cave. We explored for about 2 hours and then came out. 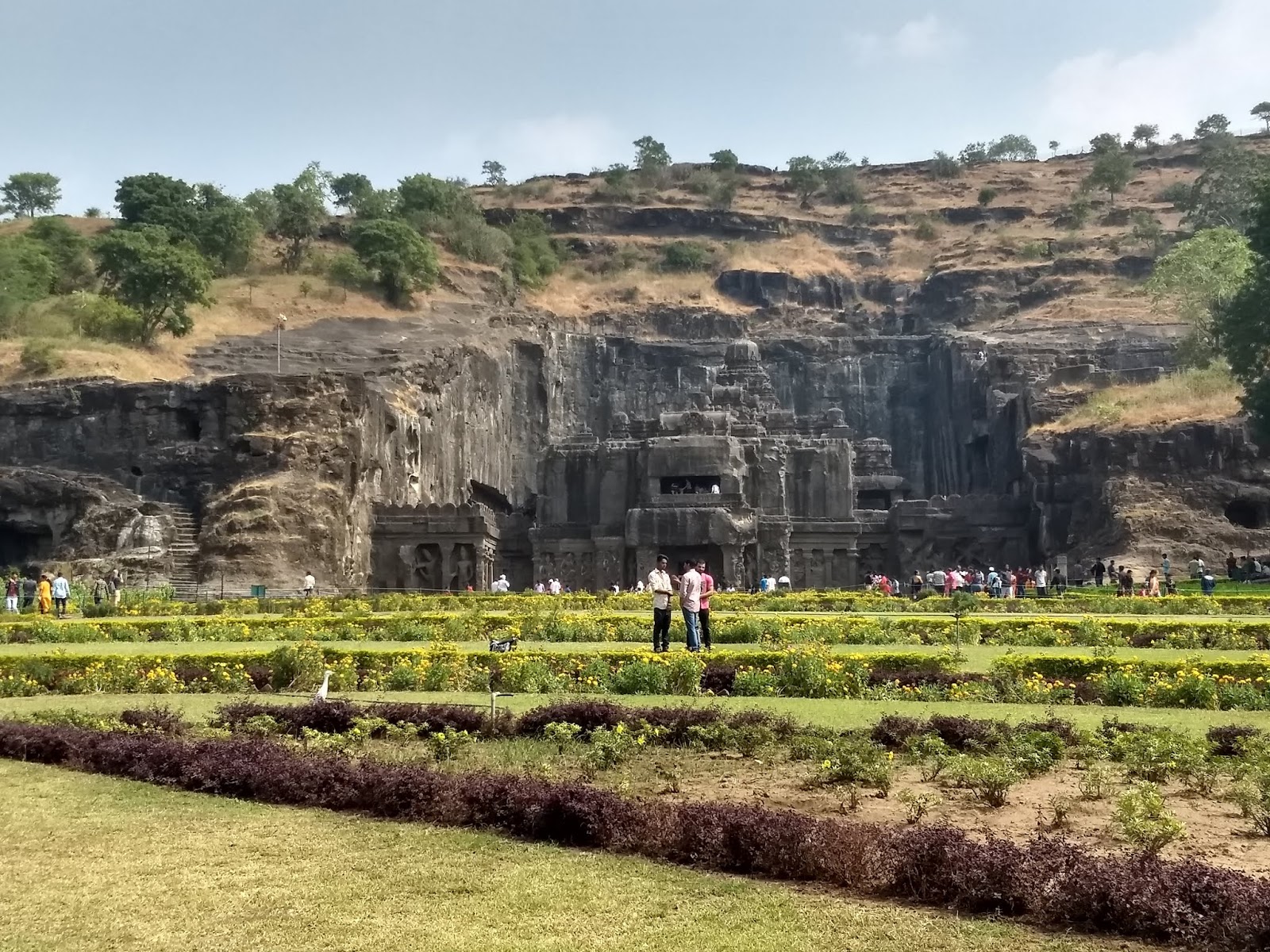 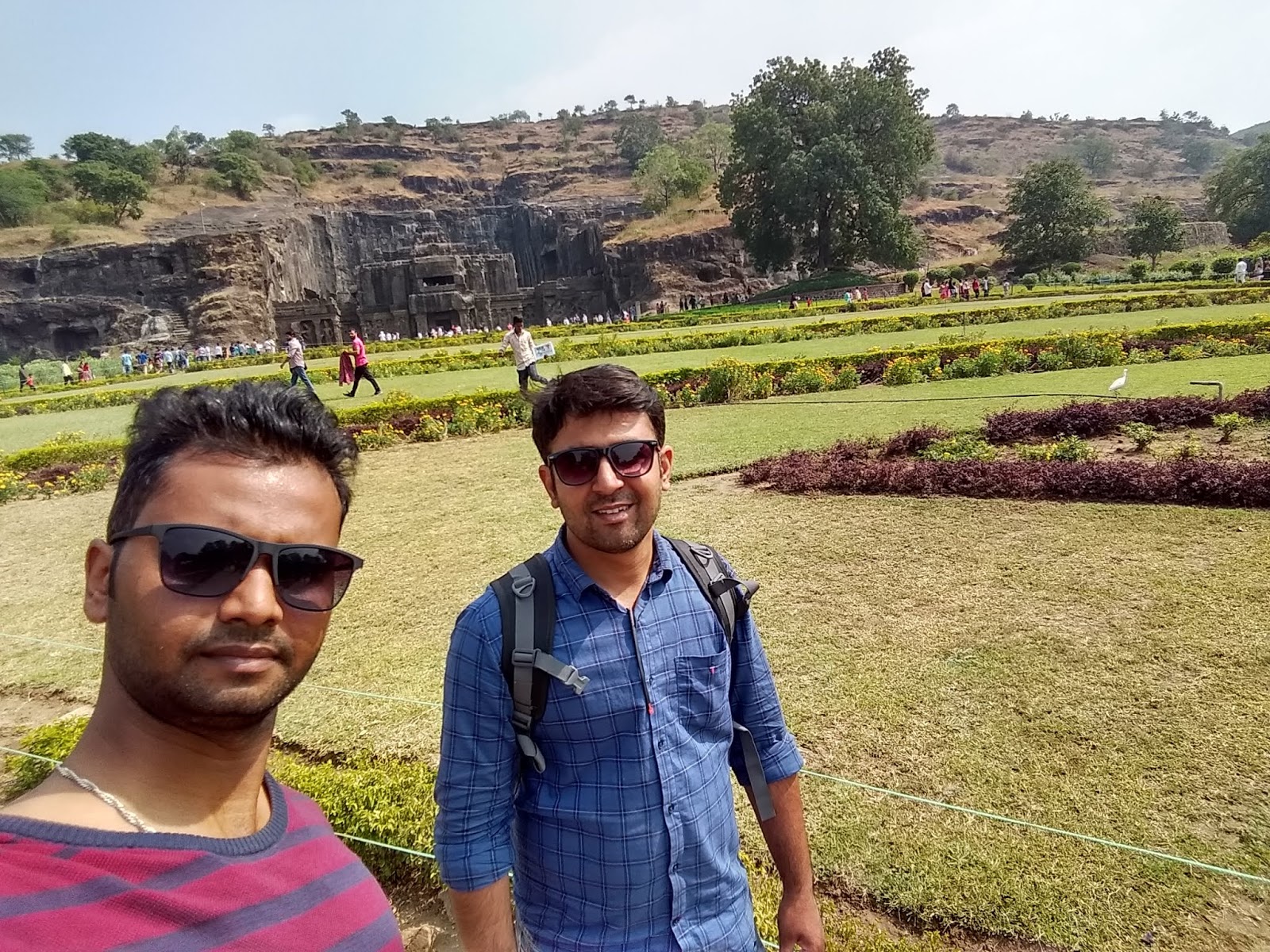 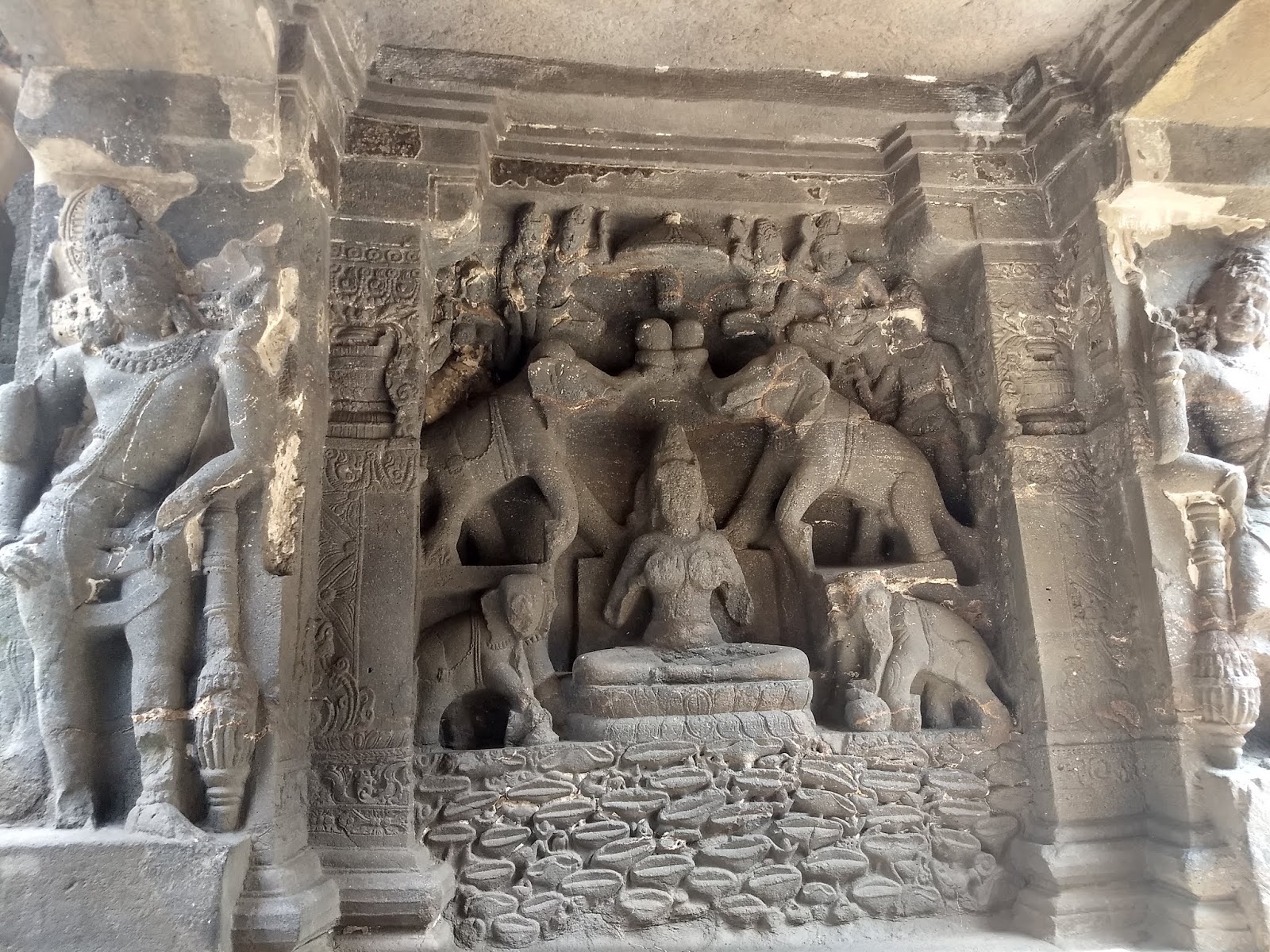 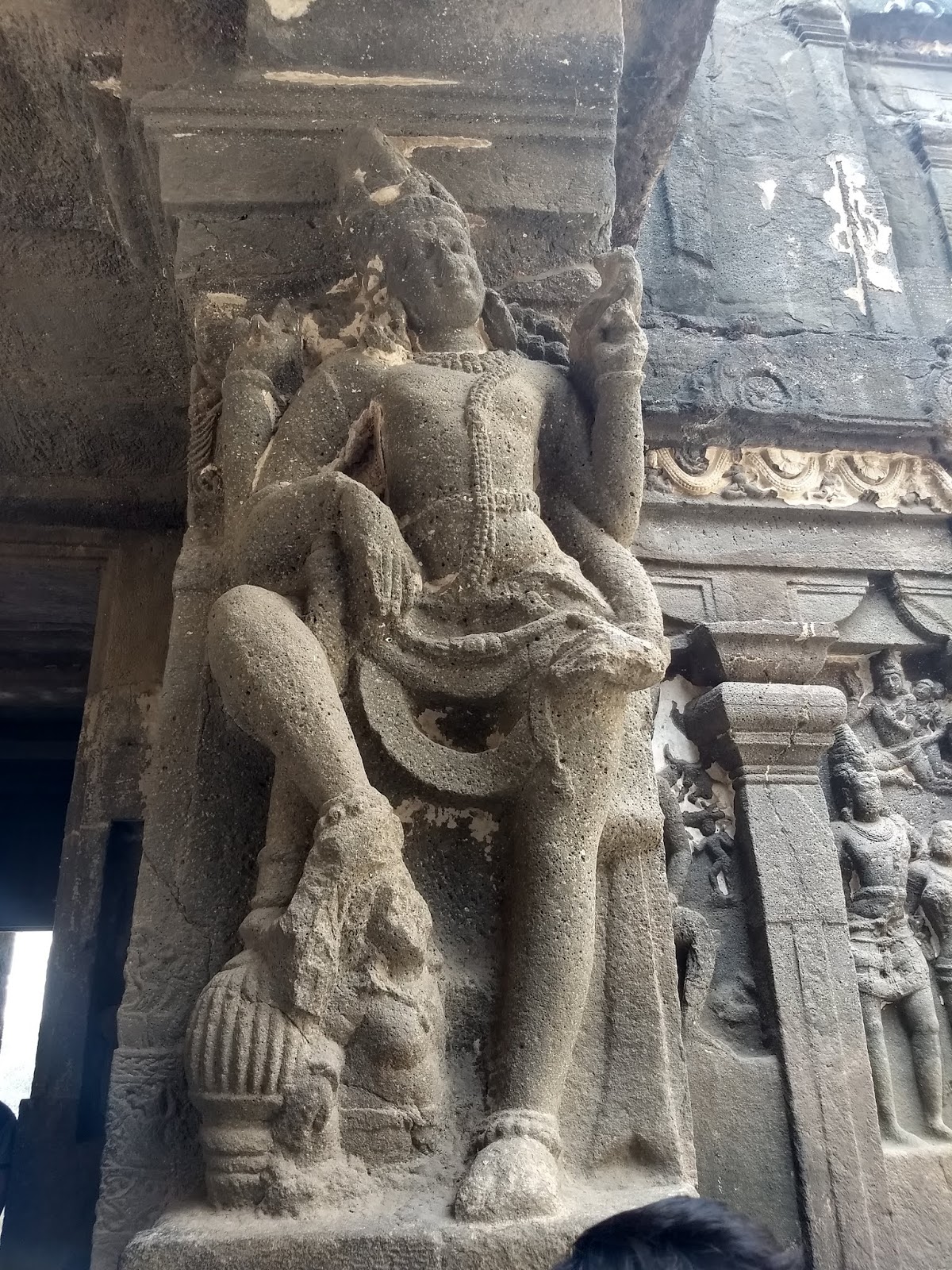 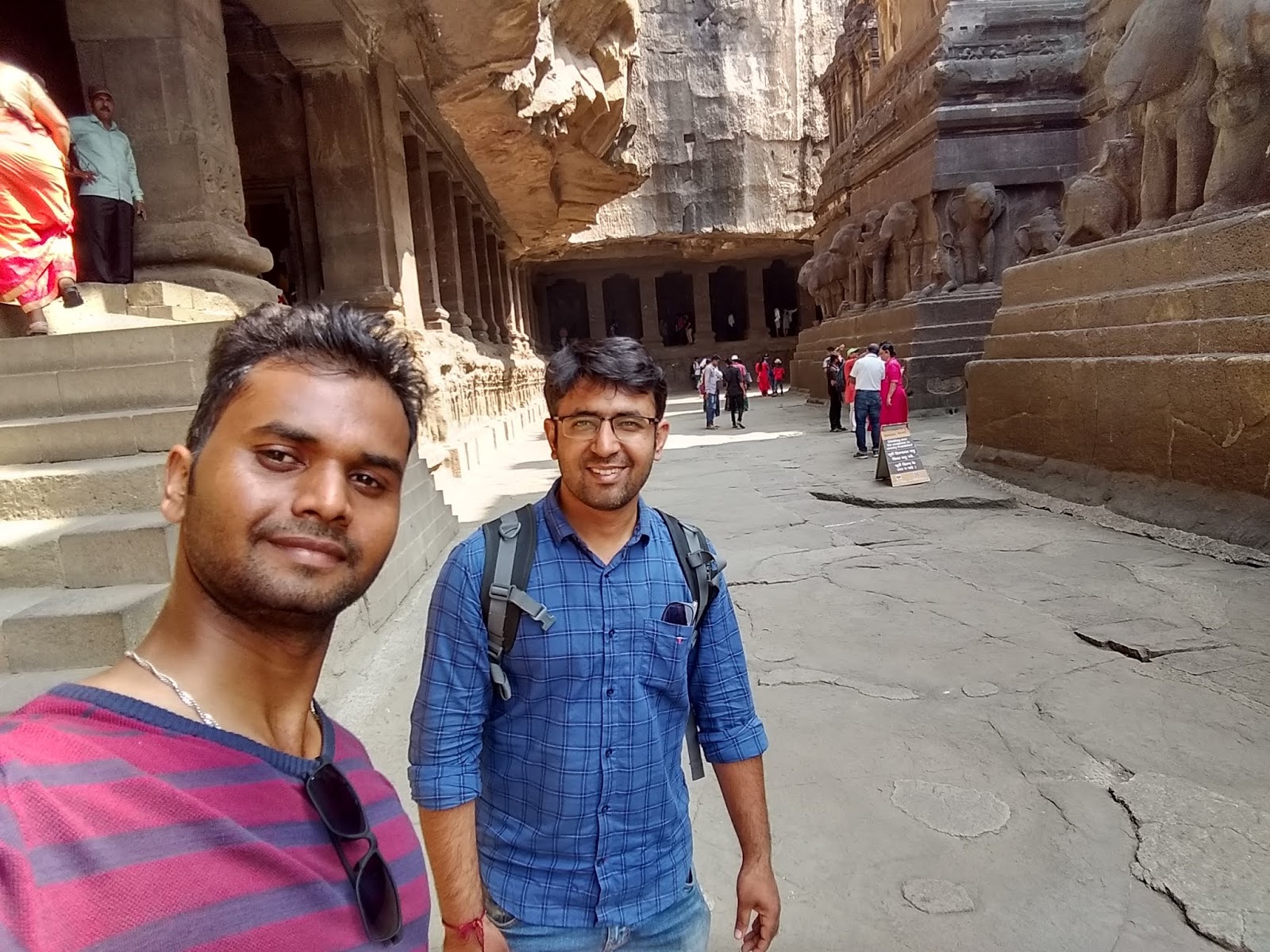 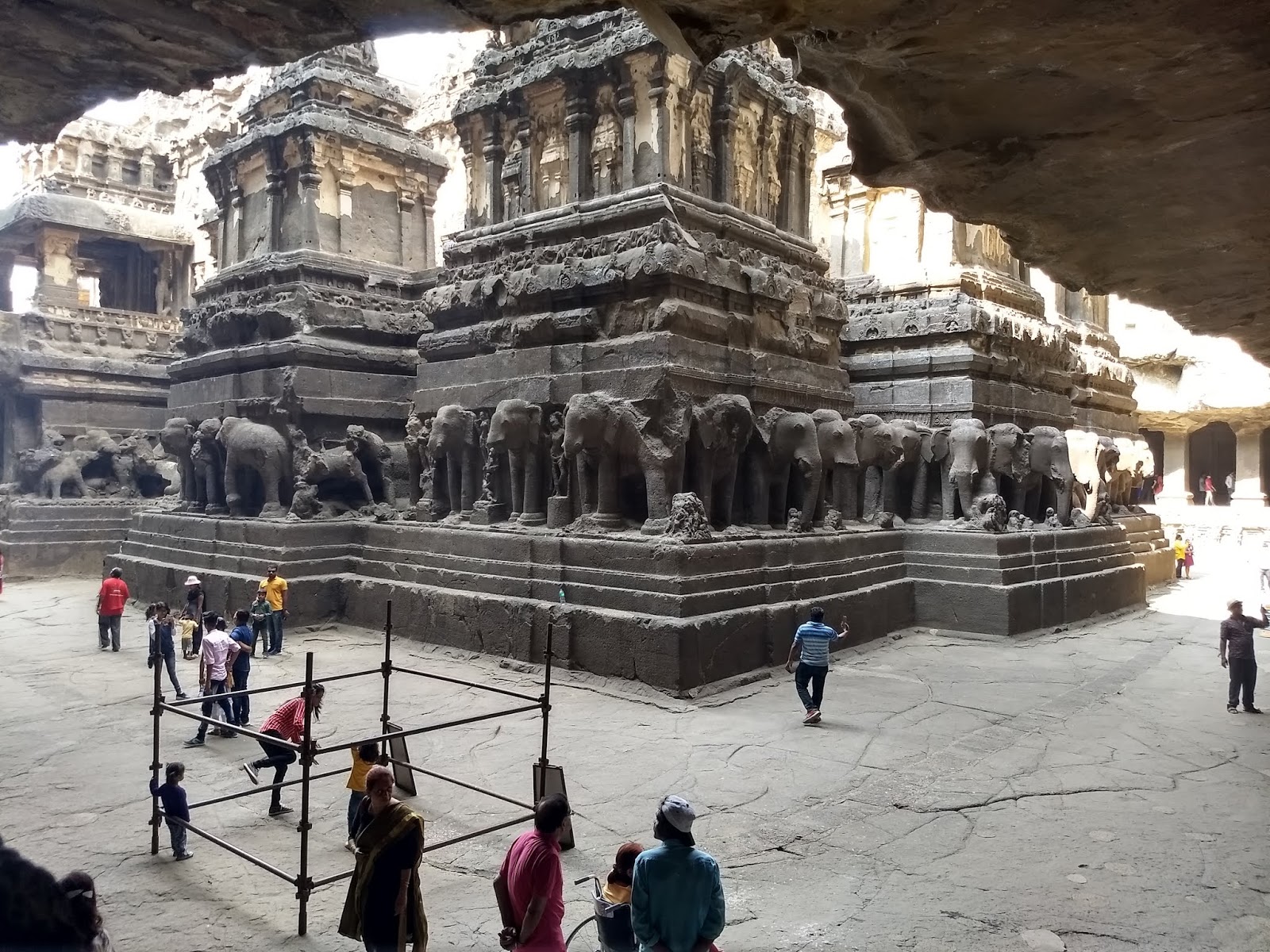 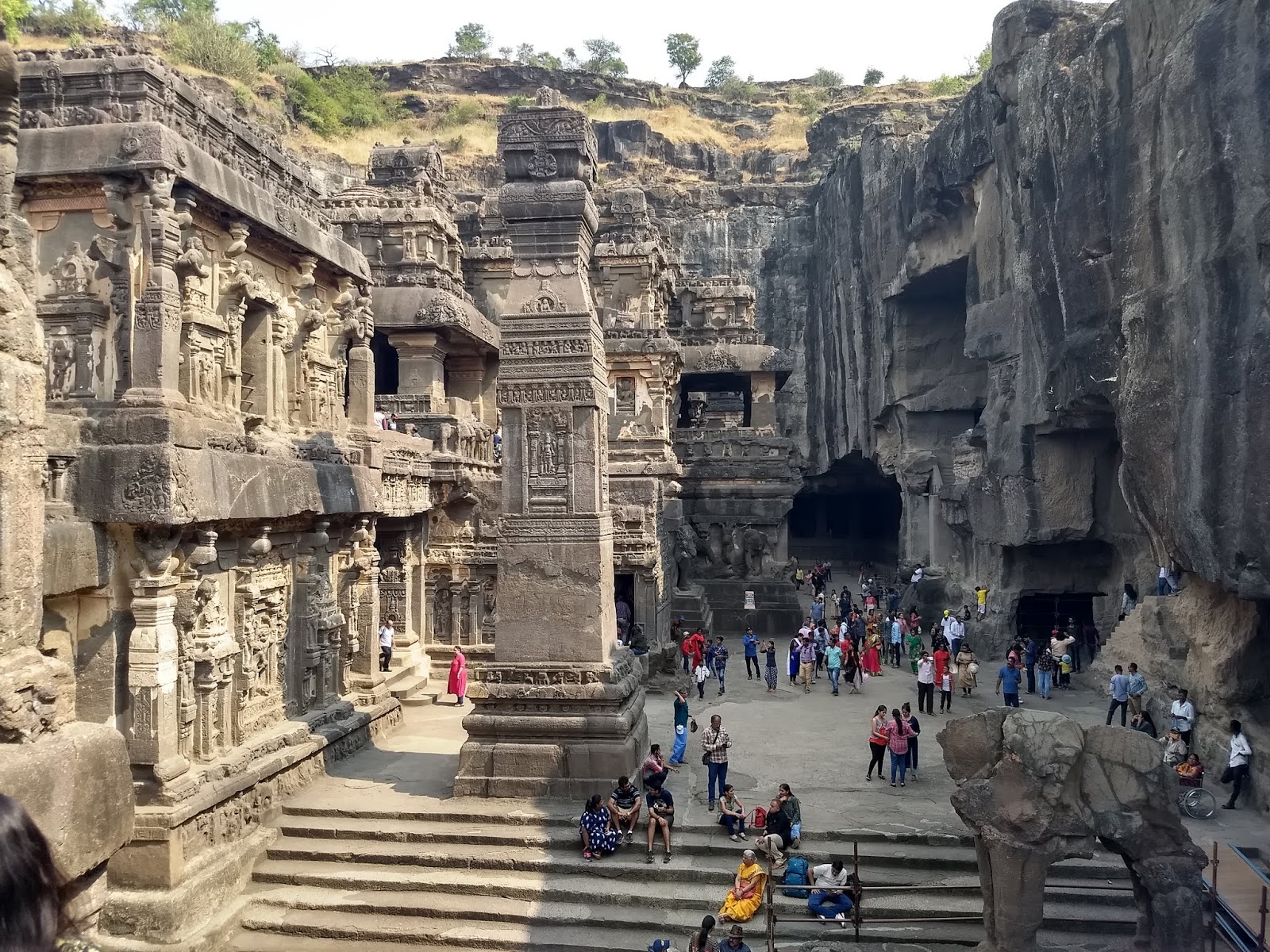 We came out and had lunch in a nearby restaurant and took a rest for a while. Then we left for Pune which was around 270 km from Ellora. By the time we left it was 2:30 pm. We took Aurangabad - Ahmednagar - Pune highway. We had some small breaks in between. The road was awesome to ride. 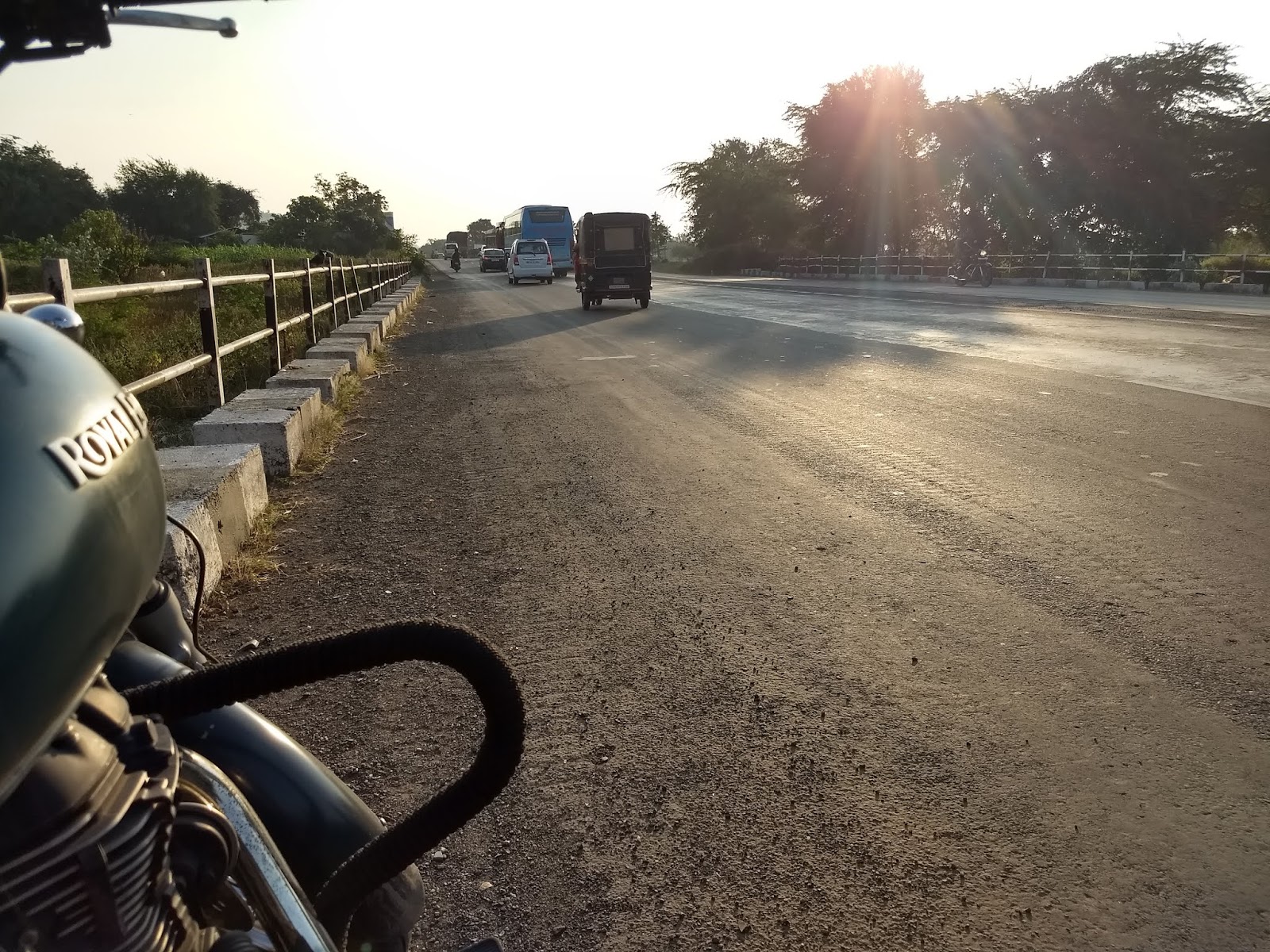 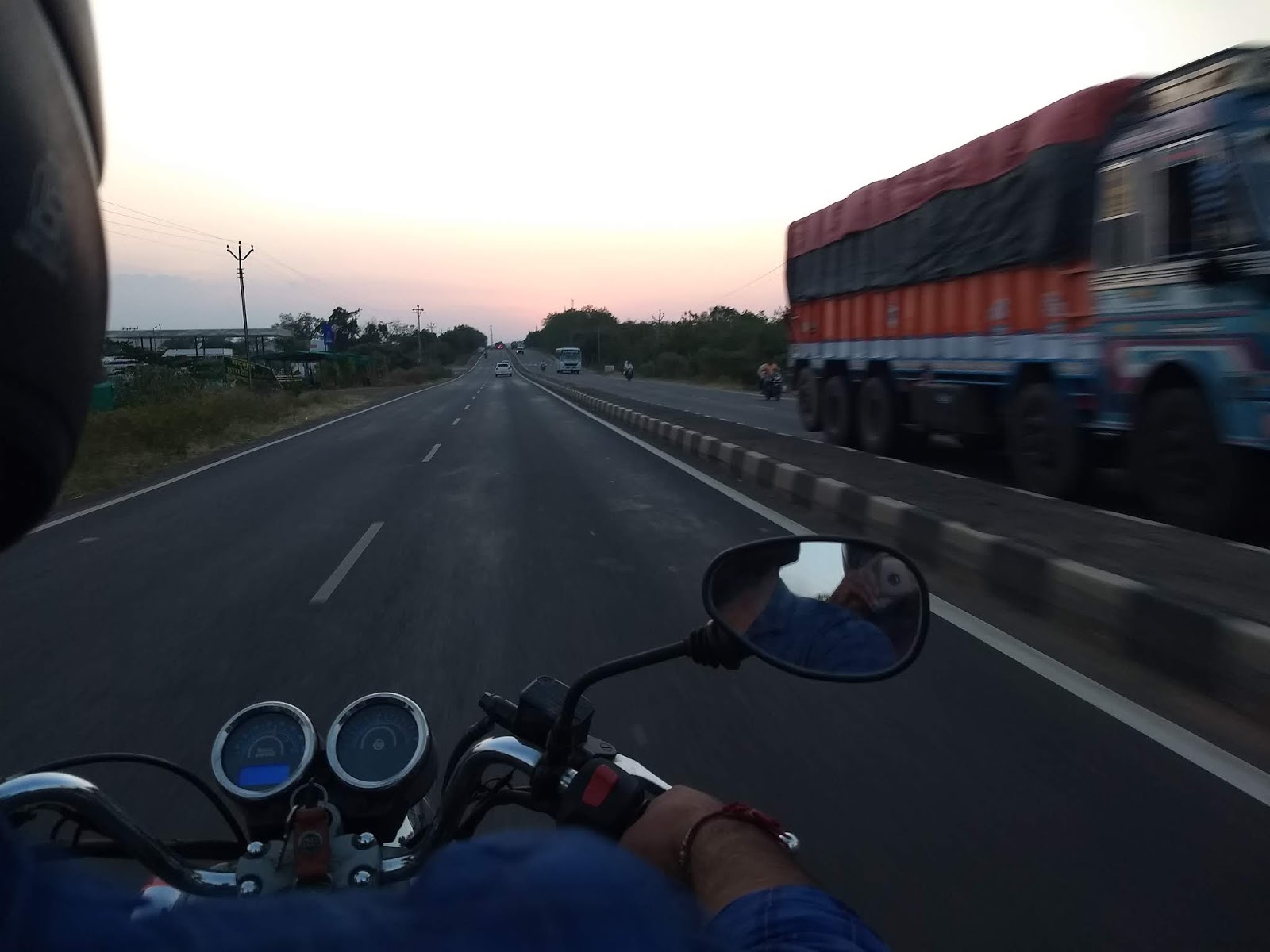 Travelling through highways and cities in between we entered Pune at 8 pm. We stopped at a restaurant near Wagholi and had our dinner. We left from there and reached our home by 10 pm.

It was the second longest bike ride which I had done till now, previous being Pune - Goa - Pune which was 1120 km. We covered approx 760 km in 2 days, the experience was fantastic. Hope you will like this blog. Please share your feedback. I will continue to post more travel rides in future, till then shukriya, alvida, salam, take care. Ride safe.