Sent from my ASUS_X007DA using Tapatalk

Sent from my ASUS_X007DA using Tapatalk
Click to expand...

Some Friends replaced their old models with this.
This is really smaller than Redmi Note 5 Pro.
Reason is coming up Redmi Note 7 with 48 MP Camera with Sony Camera Sensor !

Experts suggest me a budget smart phone under 8000 please.

If you are so much tight on your budget.

Above two i am using currently.

If you are in hurry then
Apart from those recommended, I will suggest:

If you can wait, wait for sale.
10% discount on particular bank cards are available.
Any mobile with 64GB at Rs.9000 range can be taken at 8100 approx in such sale.
Brand options will also increase.
Nokia 3.2, Redmi 6-7 series, Honor, Motorola, Asus etc.


If you increase budget to 9000 then you can get many better alternatives.
If it is for you and not using apart from general use or not needed better camera then take anything right away.

Increase budget only if you want a better camera and memory with speed.
Many options will be available in 9K range with discounts in sale.
Redmi Note 5 Pro 4/64GB is easily available at 9K if you take it in a sale.
I am using it from last 8-9 months.
I am satisfied with it's performance.

Another Nokia 105 reboot and Nokia 220 refresh with 4G support are official. HMD Global on Wednesday announced the two new feature phones that will go on sale next month. The latest iteration of Nokia 105 sports a polycarbonate body and will be offered in three colour options. The phone runs on Nokia Series 30+ operating system (OS). The Nokia 220 4G, on the other hand, sports a brand-new design but shares some specifications to the original Nokia 220.
Nokia 105 is a familiar name for Nokia enthusiasts. The original feature phone with the Nokia 105 branding was released back in 2013 with a 1.45-inch TFT screen with 128x128 pixels resolution, Nokia Series 30 operating system, and 800mAh battery that was claimed to last 35 days on standby. Microsoft in 2015 released a new version of Nokia 105 with Series 30+ OS and increased storage. The first reboot of Nokia 105 came in 2017, when HMD Global re-introduced the Nokia 105 with a fresh design and several other tweaks. The latest version is the fourth-generation of the phone.
Nokia 220 was first launched in 2014 and the new Nokia 220 4G is its first refresh. As the name suggests that new model brings 4G support, but there are a number of other changes as well.
Nokia 105, Nokia 220 4G price
According to HMD Global , the Nokia 105 price has been set at EUR 13 (roughly Rs. 1,000). It will go on sale starting August in Blue, Pink, and Black colours. HMD Global has not revealed exactly which markets will be getting the phone first. Nokia 220 4G carries a price tag of EUR 39 (roughly Rs. 3,000). It will be available beginning Mid-August in Blue and Black colours.
Nokia 105, Nokia 220 4G specifications
The latest version of Nokia 105 aka Nokia 105 (2019) features 1.77-inch QQVGA (120x160 pixels) screen and runs on Series 30+ OS. It also features a Micro-USB 1.1 port, 2G connectivity, FM radio, and 800mAh battery. Additionally, the phone comes with a 3.5mm audio jack and Mini-SIM slot (dual-SIM support in some markets).
Nokia 220 4G comes with a 2.4-inch QQVGA (120x160 pixels) screen and runs on Feature OS. Other specifications of the phone include Micro-USB 2.0 port, Nano-SIM card slot (dual-SIM support in select markets), 4G with 2G fallback, Bluetooth 4.2, and rear VGA camera. Additionally, you will get 1200mAh battery, FM radio, and a 3.5mm audio jack. 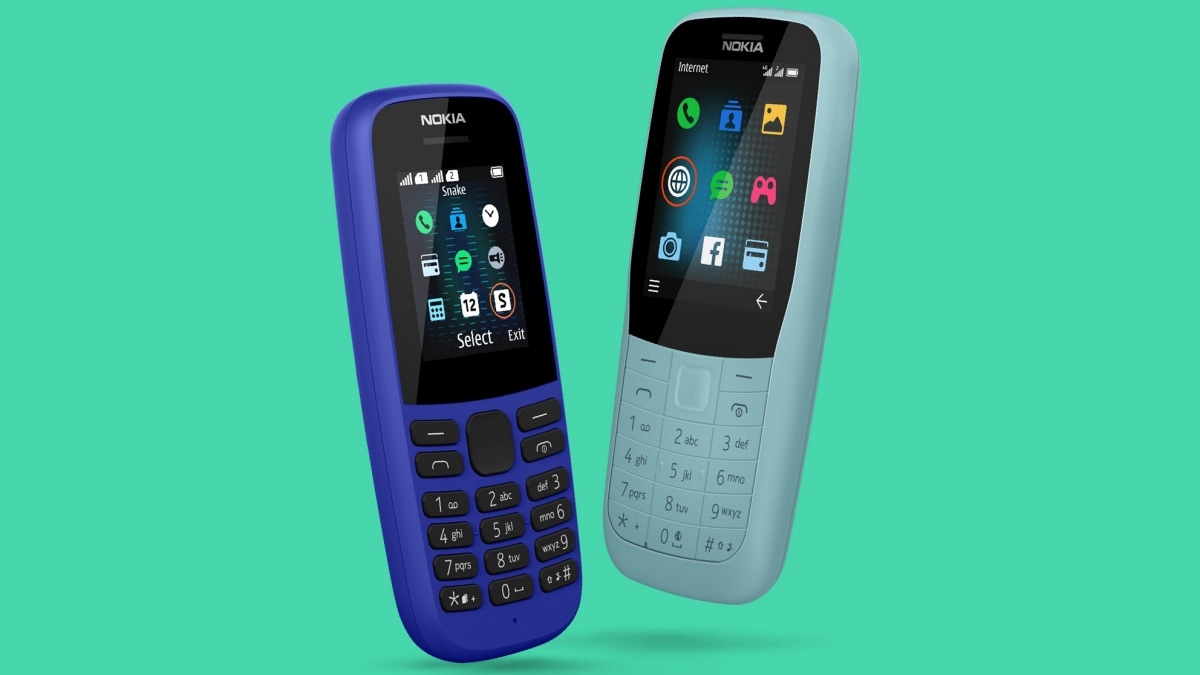 How are Nokia Android phones? Which model you suggest?

treklover said:
How are Nokia Android phones? Which model you suggest?
Click to expand...

Nokia is of ok quality with range above 10k models.
Don't go for cheaper models.

Planning to buy a decent mobile in upcoming festival sale in the range of 25k.
Please suggest. Which is better One plus 7, Reno 2 or any other?

SHEKHAR 257 said:
Planning to buy a decent mobile in upcoming festival sale in the range of 25k.
Please suggest. Which is better One plus 7, Reno 2 or any other?

Sent from my Redmi Note 3 using Tapatalk
Click to expand...