I'm Sure everyone who knows the indian car scene knows this car. For those who dont, This was the first passsenger car launched by TATA in 1991 with A/c P.S. P.W. Tilt Steering and and a Non Aspirated 1948 cc Engine producing 68 Bhp. which was later given a new Turbo engine with 90bhp. which is a hoot to drive nonetheless mine is NA engine and thats a hoot to drive too. Also there was a 4x4 version of it sold in the U.K under the name TATA Gurkha. guess our very own TATA was famous in England as well. This is one Indian Company Indians dont value thats been my perception. I may be right or I might be wrong.

Anyways those of you who remember this car must also remember the ads of it if not lemme just take you there.


the wordings at the end of the Ad "TATA SIERRA IT TAKES ROUGH WITH THE SMOOTH" those words just nailed it for me. Even today when I see the ad on YouTube I have those Goosebumps I used to have when I was a kid.

anyways those were the days when only few had the previlage of having cars not many in the neibhourhood had cars. Thats when i had my eyes set on this car.

I always wanted to own one so that passion towards it was there from childhood. however when i grew up and really had the finances to purchase any car. This car wasn't available.

so how in the hell did i own this car. i come to think of it and there's only one word that makes sense.
D.E.S.T.I.N.Y

yes destiny. why so well thats a long story. lemme just cut short and say a guy sold me his car and purchased a TATA Sierra and the car he sold me had a loan on it which wasn't closed and it wasn't getting transferred on to my name. hence i exchanged the car with him for TATA Sierra. This will be the shortest version of the story. If you need to hear a long Story Do let me know. i will take the pain to write it. .

That's how i became a proud owner of TATA Sierra Herein it would be referred to as Bumblebee.

So when i laid my hands on Bumblebee i couldnt believe myself after all these years the childhood dream was getting fulfilled though i was coned by the owner it didnt matter why?? Heart you see it forgets everything else when it gets the most desired Thing. so i forgot what the owner did to me and forgave him when i was handed My Bumblebee with all clear titles. one thing i would like to add here i dont say i own a sierra i say im possessed with a Sierra. because Sierra is never owned its possessed.


Initial Review after a test Drive.

Till now i had only seen sierra and fallen in love with it but never ever i had driven it. so i didnt know what to expect out of it. However when i did the test drive the first and the foremost thing that impressed me was the maneuverability. This Bloody car was easier to drive than a maruti 800 i could take in some on the narrowest lane and get it out without a scratch. Kudos to the hydraulic power steering, Its just awesome if i knew another word to describe it i would.

Second was the Road presence suddenly everybody started to give way to me. i mean the magnanimous vehicle deserved that kind of respect on roads. People Automatically giving way for the beast. Suddenly i feel like im the devil who owns the road.

I took it on broken tarmac as well as off road as i live in the rural areas it was easy to find such a spot which has good roads as well as bad roads and No roads at all. It handled pretty well however i knew that the suspension had to be overhauled for better drive-ability.On the broken road it had some rattles not from the doors as such but due to the lock rod inside the doors. Front bumper vibration when on idle and when on low RPM. The windshield sprayer wasn’t working. But all this I could live with.

Now was the time for the engine inspection. Removed the oil level rod from its place and asked my friend to accelerate and kept my finger there to check whether there was any oil spillage. thankfully there was none so that means the engine had quite a lot of life left in it.


Next i wanted to check for leakage. those who know this car also know that as there is a huge glass at the back and over a period of time due to rust the water starts to seep in. which means i need to shell out money for the body work. One of my friends own a service station so took the car there. asked him to spary my car using all the sprayers and i sat in the car to check if there is any leakage. Not a Single drop came inside which meant the body was in good shape.

On the external this car had undergone any kind of repainting anywhere except the driver door. and minor dent on the right side tail area. which exists till date as i havent repaired it. i wanted to keep him in original color unless and until he is painted fully. The painting hasnt happened till date and hence that scratch remains as it is till date.

Engine Spec
When I purchased Bee it had done 1,68,797 on the ODO. The Ac wasn’t working the tyres were Flat. Interior was really in a bad shape. No floor mat. Seat covers were torn and the side panels had worn out.

A few pics of Bumblebee 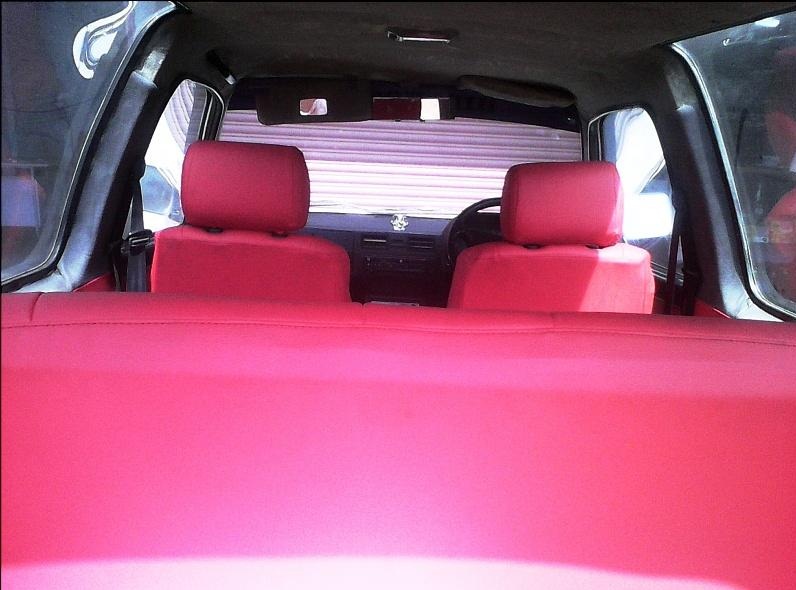 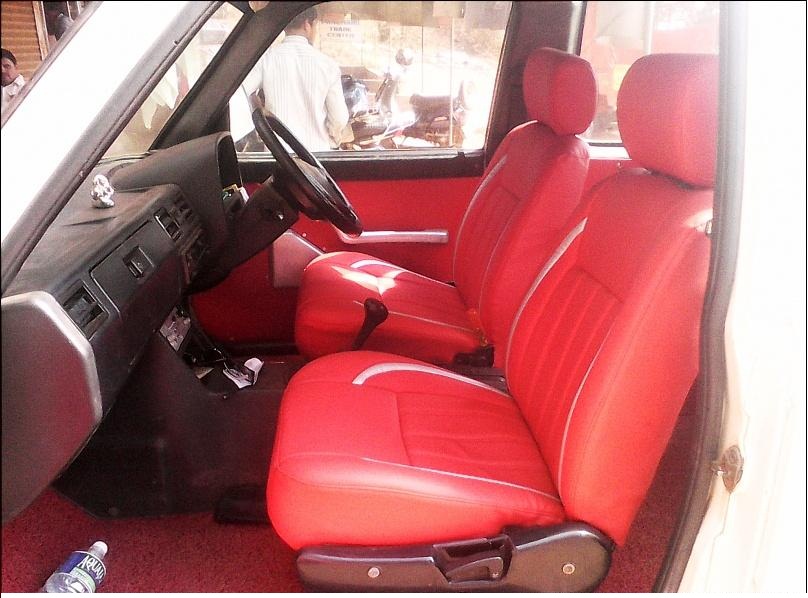 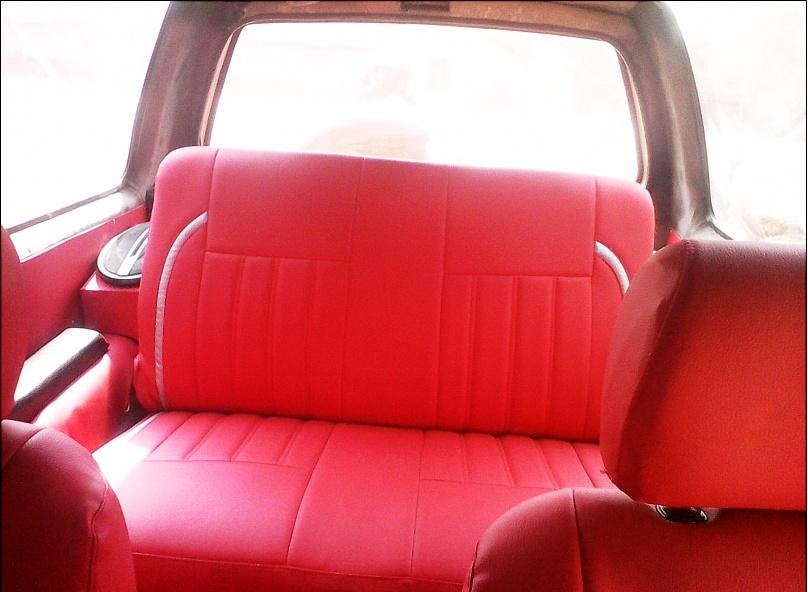 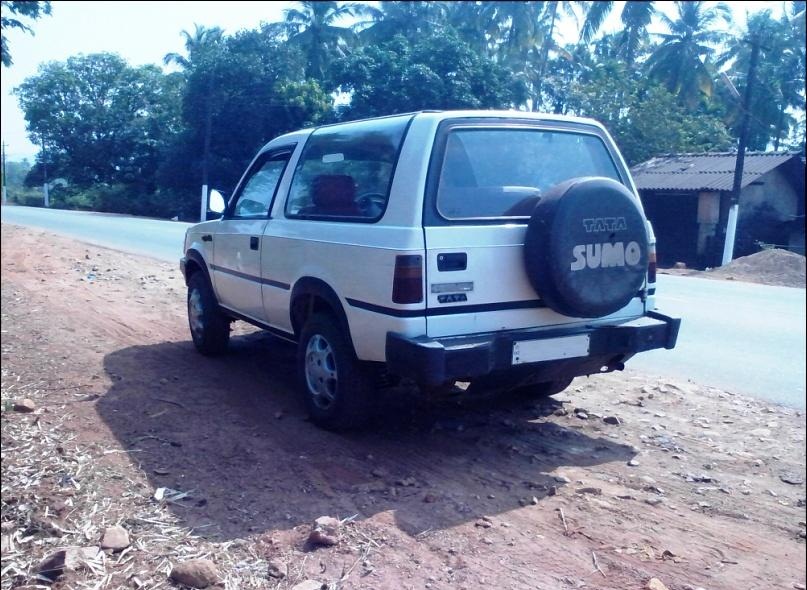 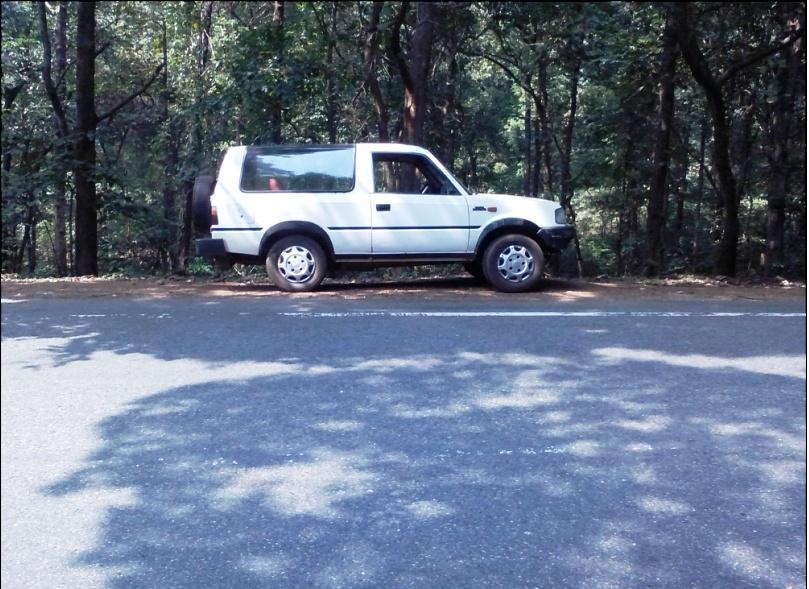 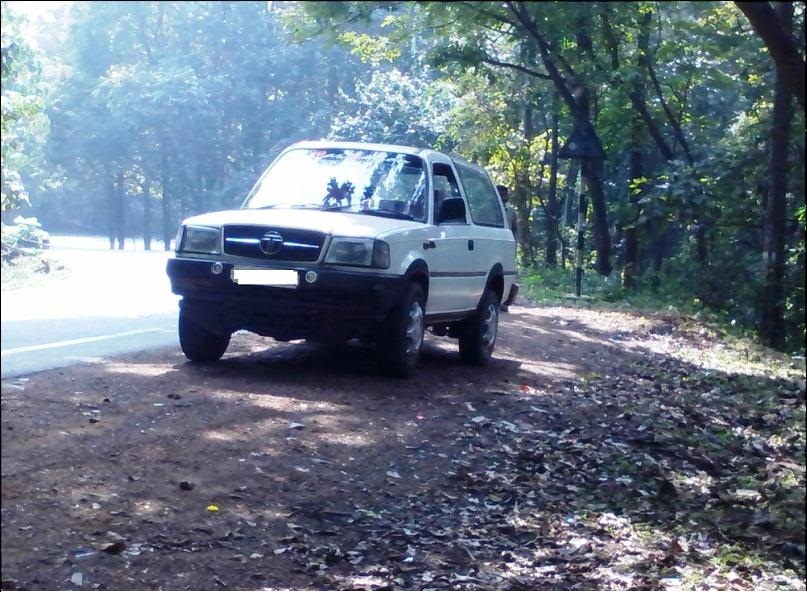 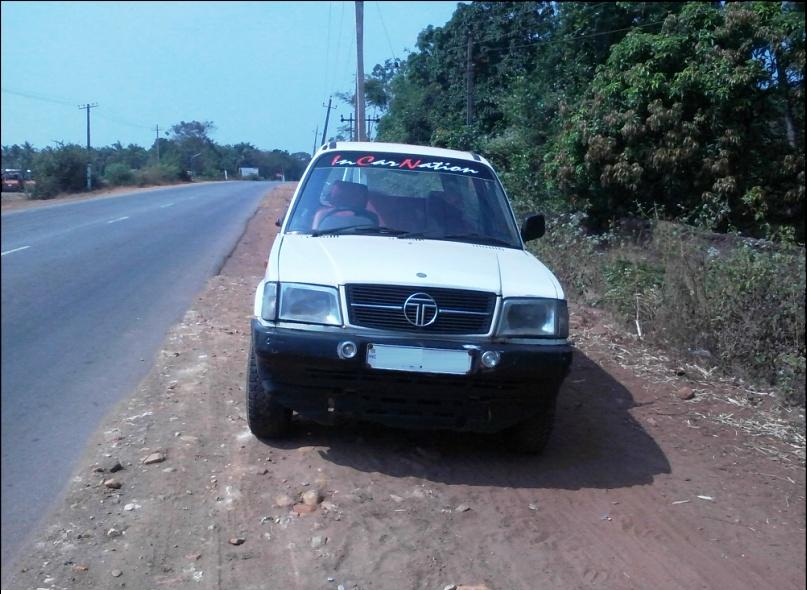 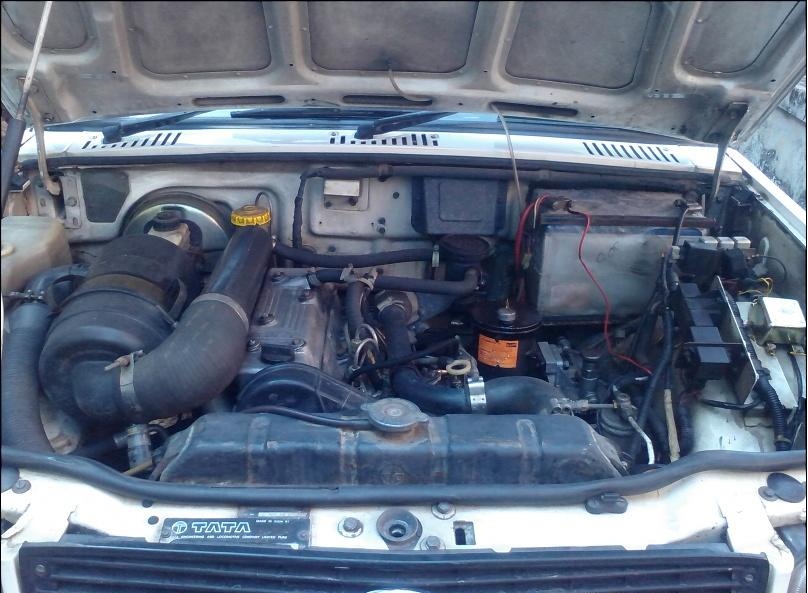 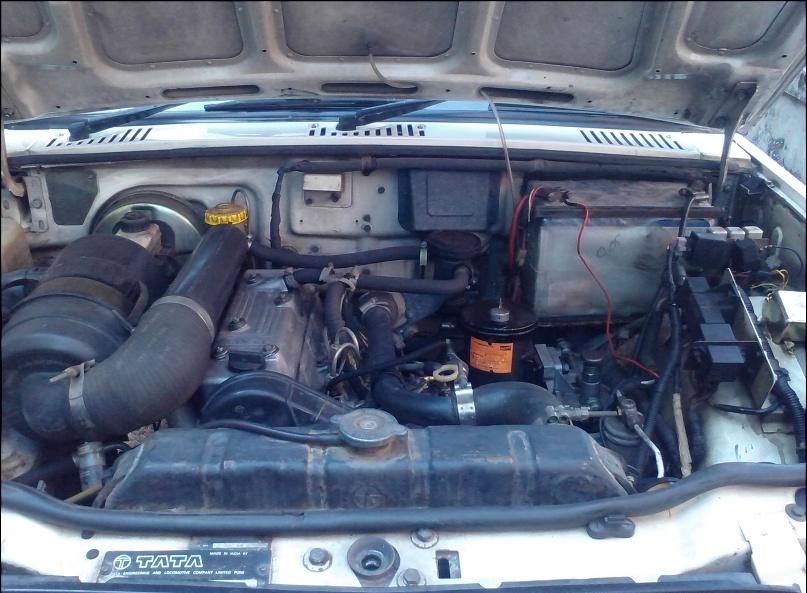 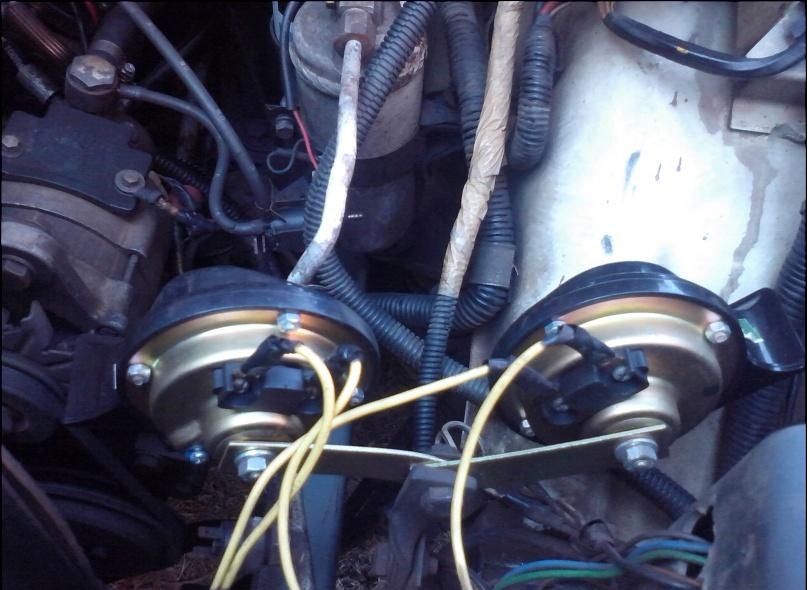 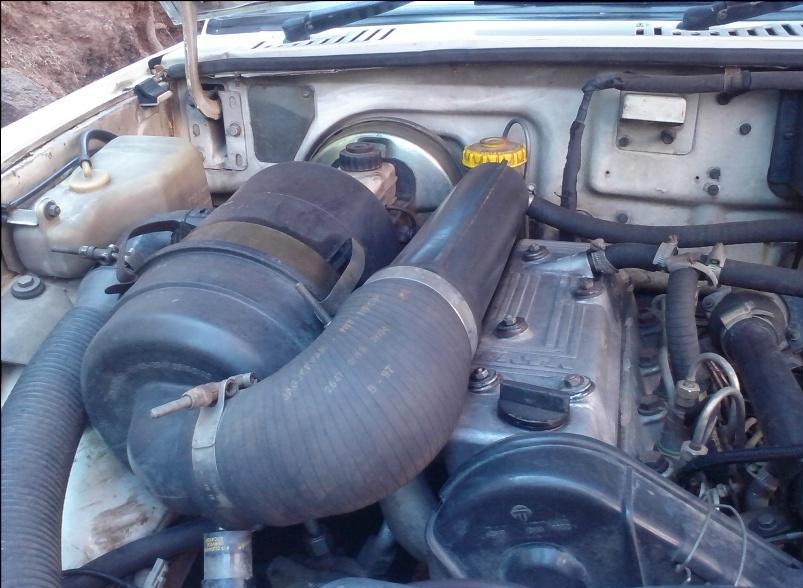 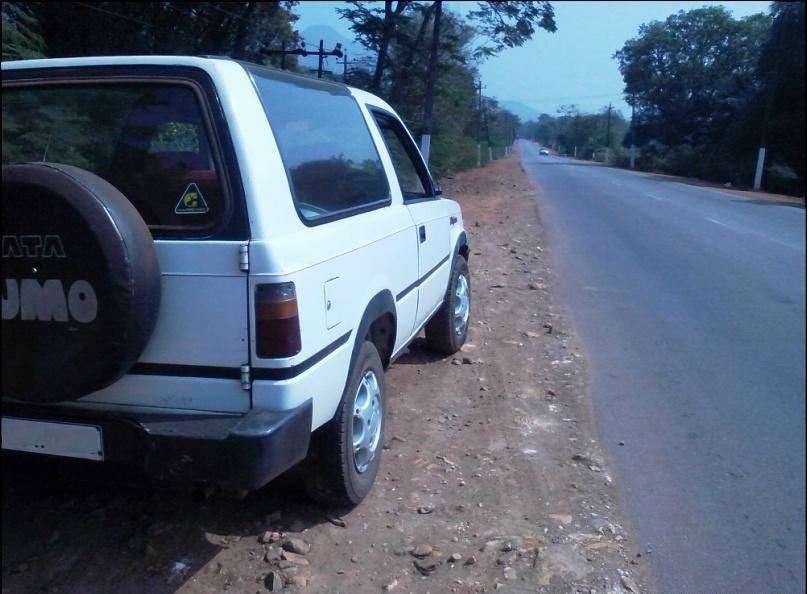 Once i upgraded here are the pics. 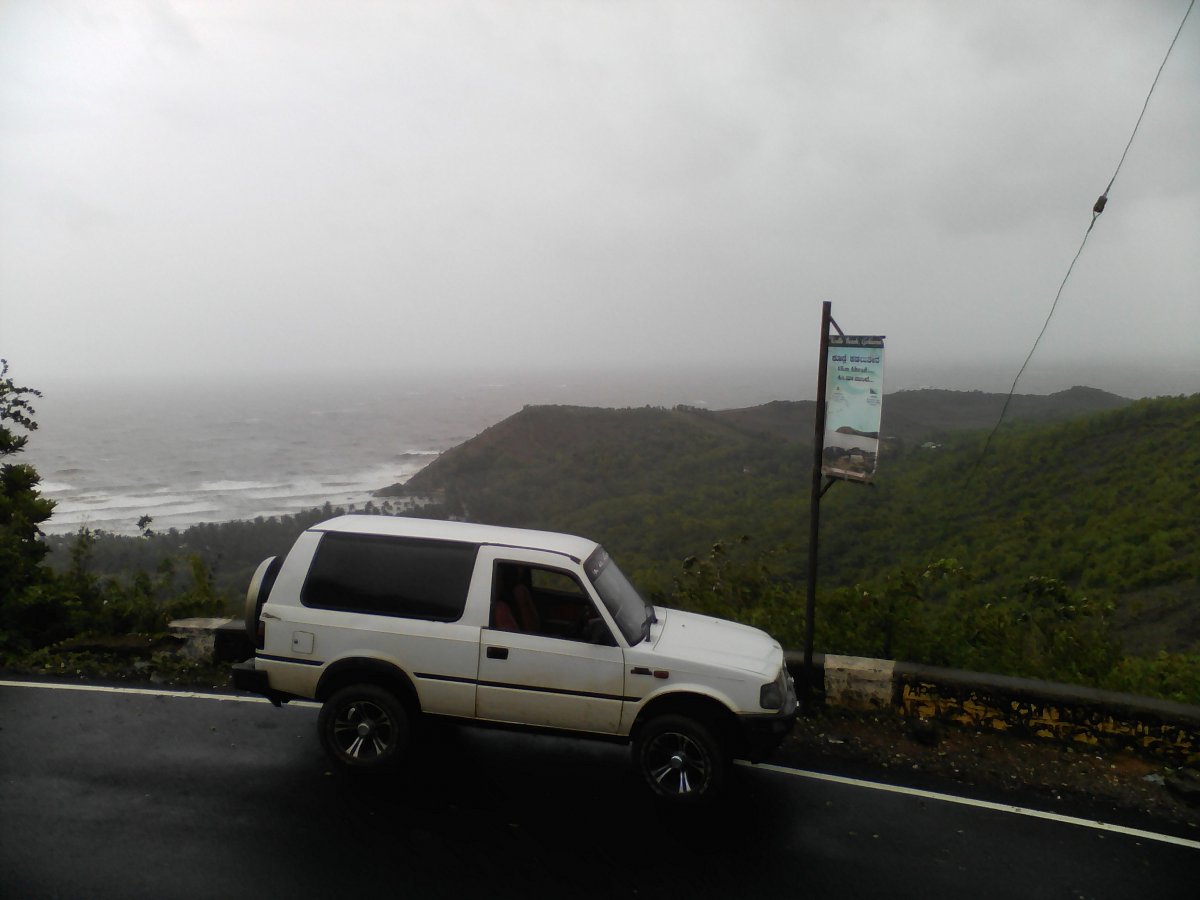 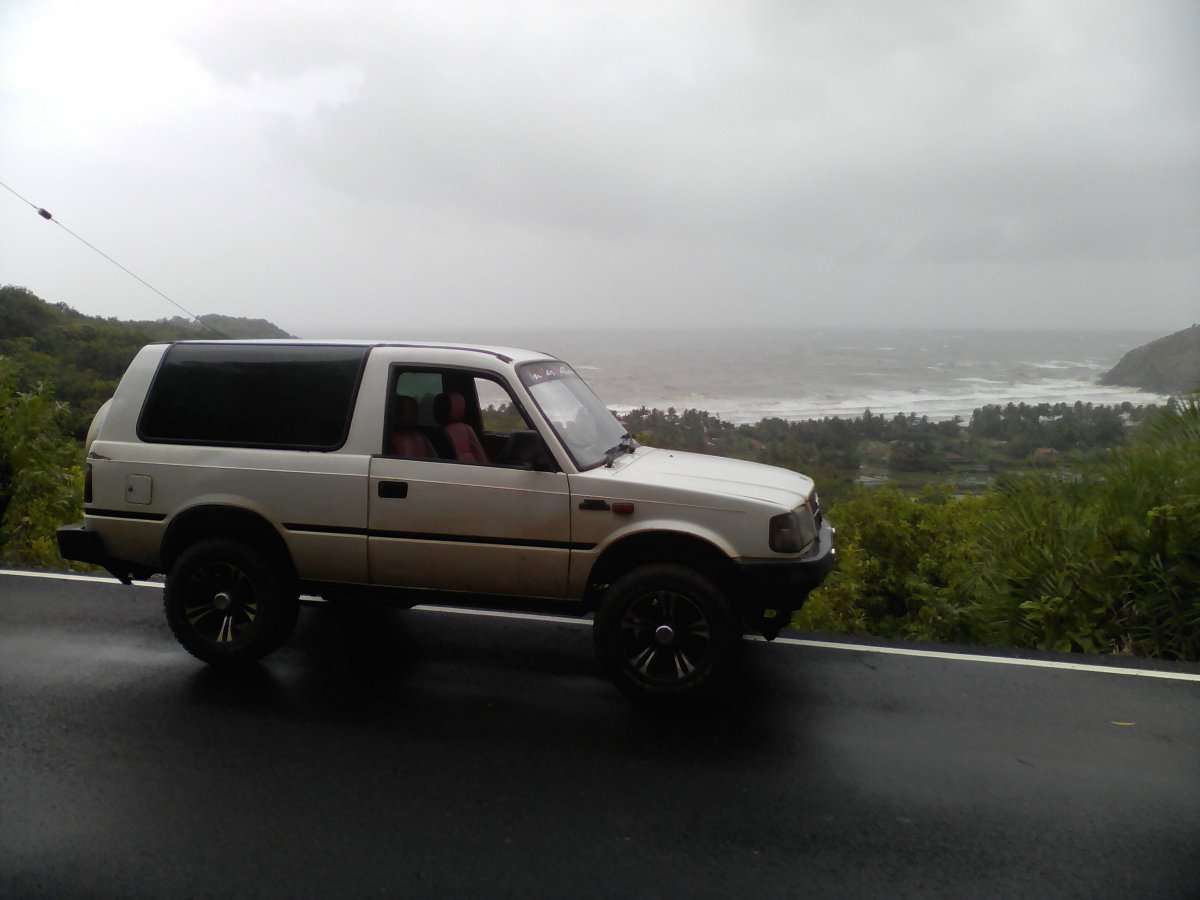 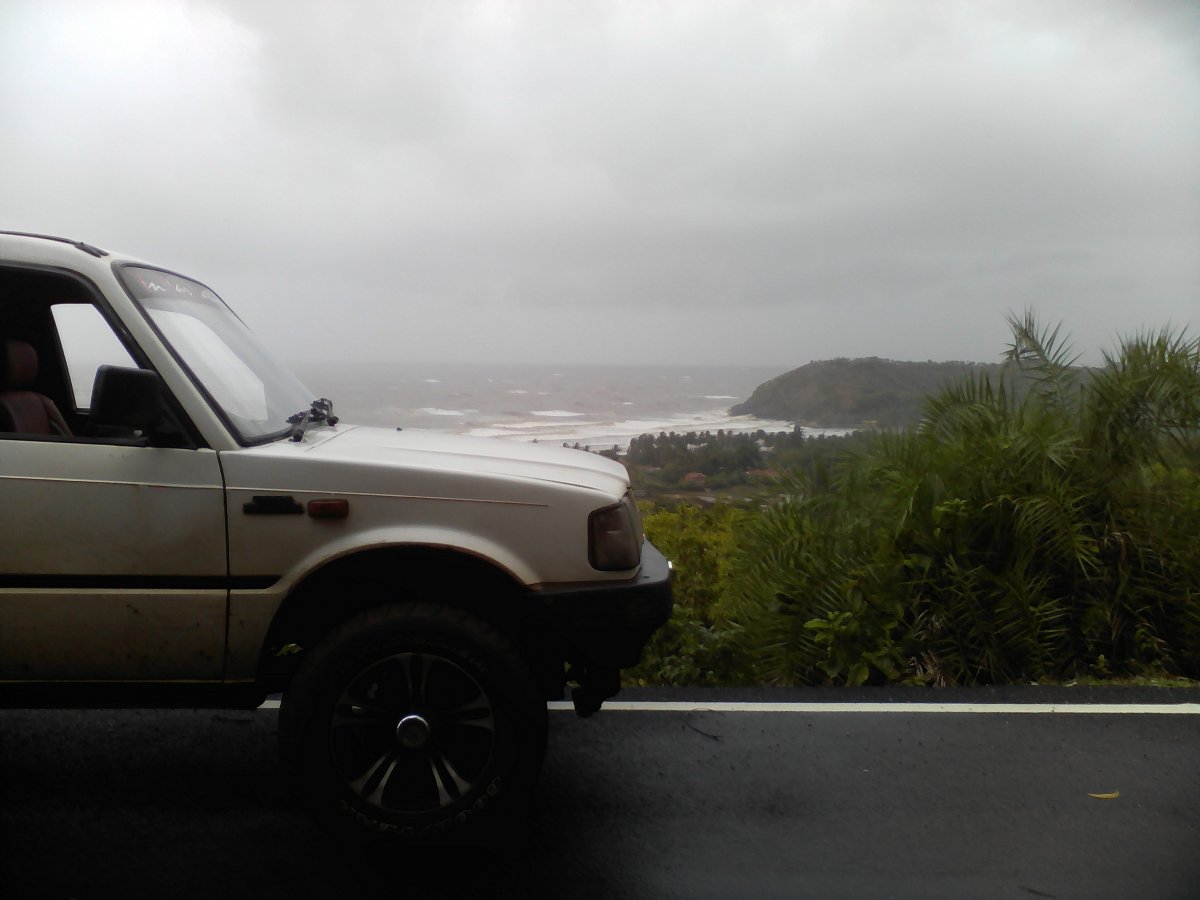 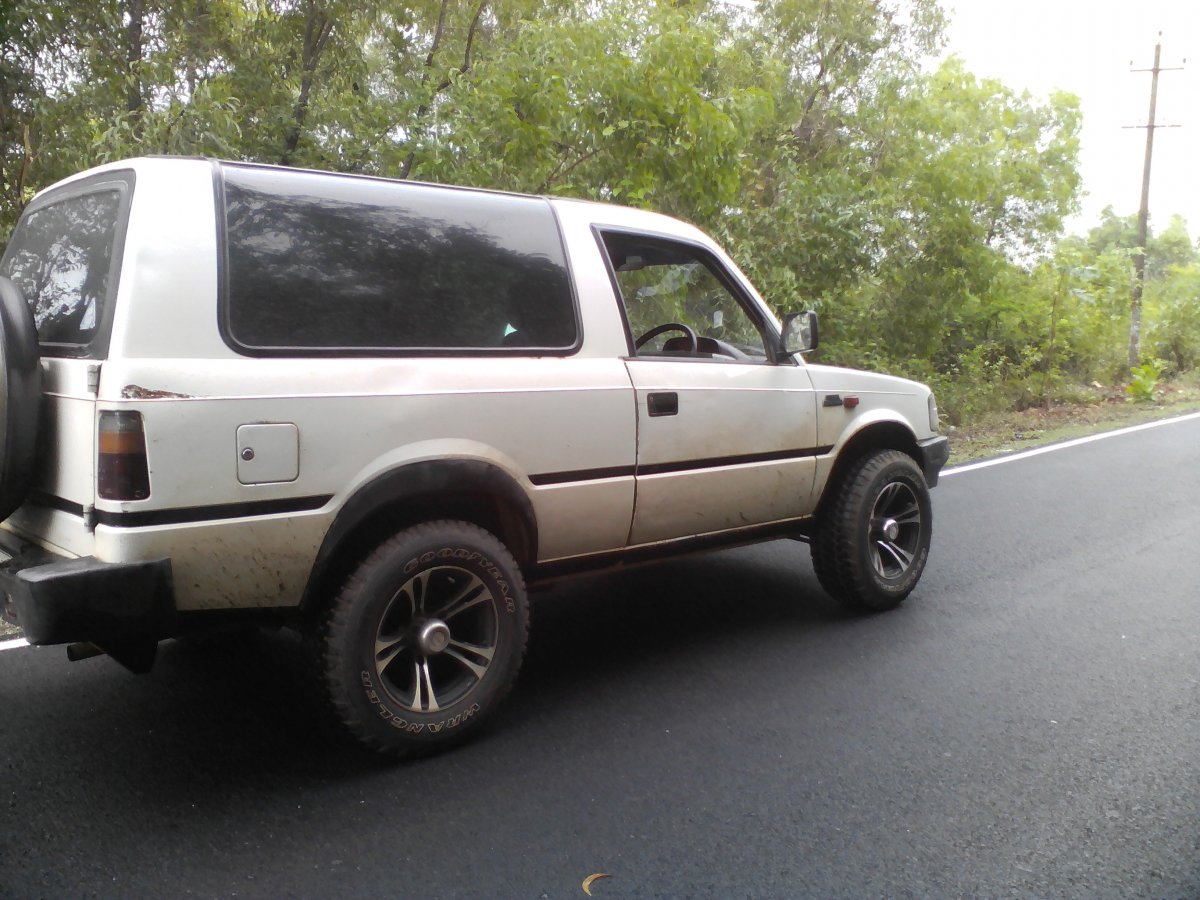 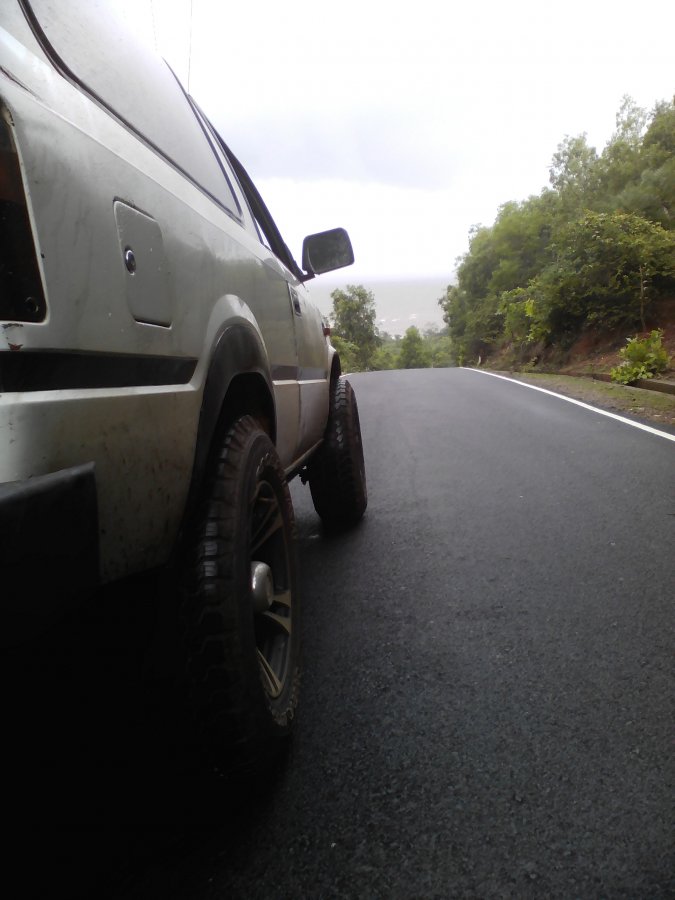 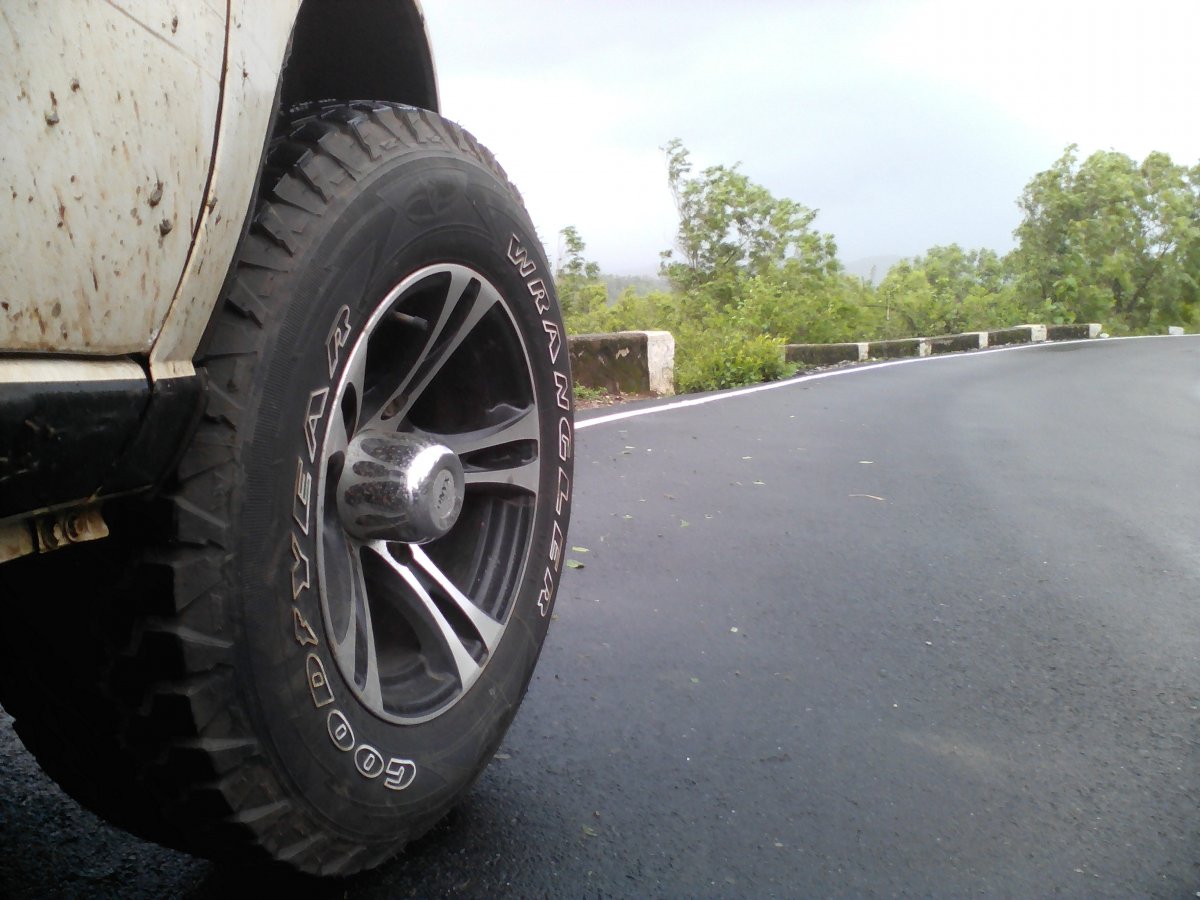 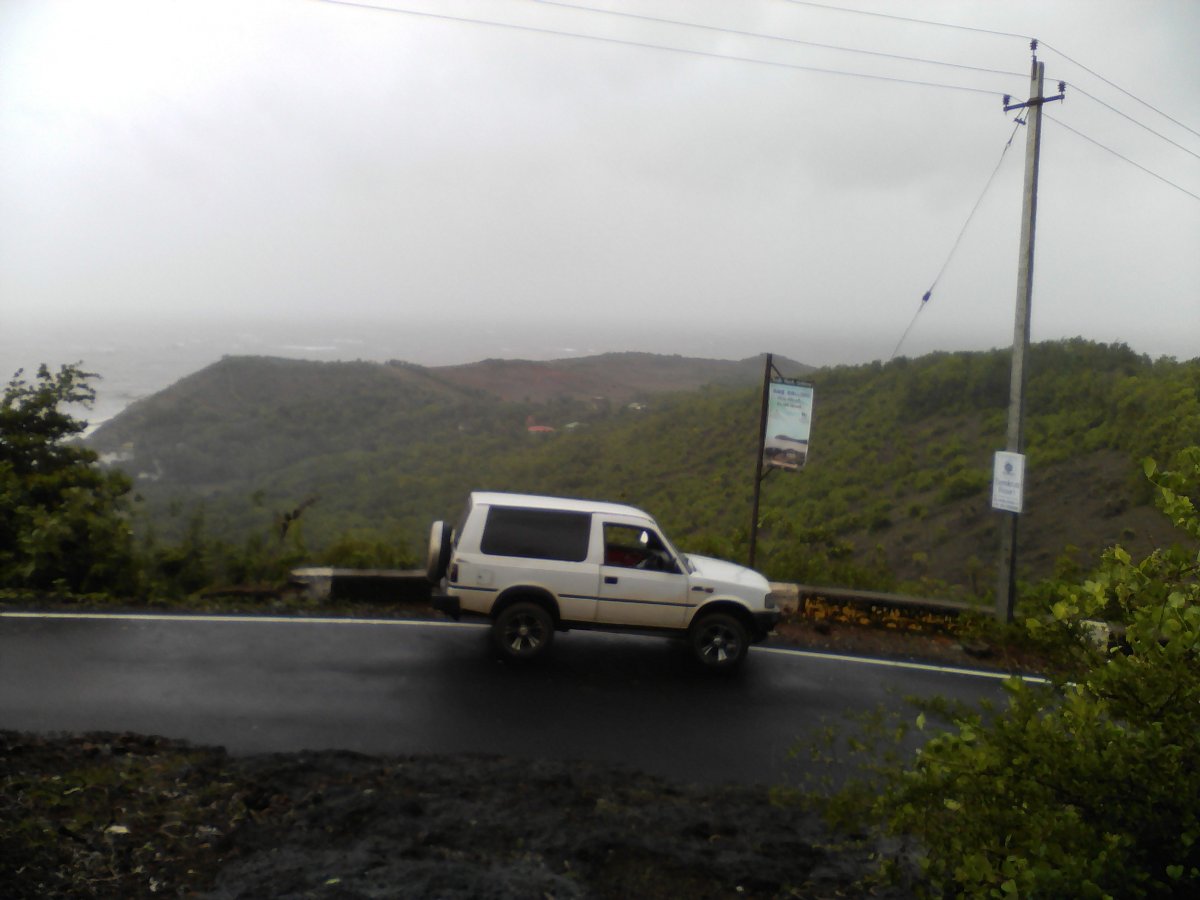 This is a great car, if driven sensibly. I have driven this one for some days and we use to call it boat.
I really loved it for the its shape

Thanks Mandar. Its a wonderfull car with great stability and on road presence. just that it doesnt go fast as todays SUV's which are turbocharged, This one is pure Non aspirated Engine and has a wonderfull low end torque, if you are in the 4x4 world you would know what is the importance of low end torque.