So the sixth round of bidding for Zoji La tunnel is going to happen in April. I guess not even central government wants to build this, let alone any private player!

The government will reissue tenders for the strategic Zojila pass tunnel in Jammu and Kashmir by April and work on the Rs 6,000-crore project will commence by August, Union Minister Nitin Gadkari said today.

The project aims at providing much-needed all-weather connectivity between Kashmir valley and Ladakh, which remains cut-off from rest of the world during winters due to heavy snowfall.

"We understand the plight of the people in Leh and Ladakh region of Jammu and Kashmir who face severe crisis during winters when they are cut off from the rest of India for six months. We are committed to undertaking the project and will issue tenders by April," the Road, Transport and Highways Minister said here.

Zojila pass is situated at an altitude of 11,578-ft on Srinagar-Kargil-Leh National Highway which remains closed during winters (December to April) due to heavy snowfall and avalanches cutting off Leh-Ladakh region from Kashmir. The minister said the project would cost an estimated Rs 6,000 crore.

"This year around August 15 we will give appointment date for the important project and start work," he said. He said there are about 25-30 companies in the country having expertise in tunnel making, who can bid for the project.

"We have decided to prequalify hydro-power tunnel makers also for Zojila," Gadkari said. Last year on March 1, the Road Transport and Highways Ministry had ordered "rebidding" for the project, which had been awarded to IRB Infrastructure.

The decision was taken at a high-level meeting, chaired by Gadkari, after Congress leader Digvijay Singh alleged that guidelines were violated while awarding the contract. The Road Transport and Highways Ministry, however, had denied the charges.

"The Ministry follows due procedure while maintaining complete transparency in the award of any contracts. In the instant case also, the contract was awarded after due diligence after the bid was found technically responsive.

"Financial bid was opened and the quoted Semi Annuity amount found in line with the approval of CCEA for award of the work," it had said.
B

It is not that difficult to build the tunnel. All government needs to do is "find" money. The way to "find" money is cut social benefit programs and direct resulting savings towards building the tunnel. That is how it is done around the world. It takes courage to cut social programs. That is where government falls short.

The thing is, the government wants this to be built by a private company so that they wouldn’t have to make the entire investment. Not many companies want to do that, due to the volatile situation in Kashmir Valley.

IRB did bid for it and won the contract twice, however, each time contract was terminated, based on irregularities in awarding the contract, since it was the sole bidder. Now, it too does not wish to bid for it and government is still hoping for someone to foot at least part of the Rs. 10,000 crore bill.

It is not entirely the volatile situation due to which pvt. companies avoid working in JK. It is mainly due to the difficult terrain which makes them think otherwise.

Take the Jammu-Srinagar NH, the sections from Nashri to Ramban and Ramban to Banihal have been put up for tenders multiple time now, but not a single company came forward with their tenders. Now the govt. is changing some rule and going to put open tenders soon. And these are almost conflict free.

Zojila region is even more difficult.

No doubt it is a difficult terrain to work with. However, with protests and regular closure of roads due to it and terrorist attacks, not many companies are going to be interested in large infrastructure projects, unless there is significant money to be made. Plus, cancelling the tender, even when a company has won it, that too not once but twice, sends a wrong signal.
B

There are somethings government needs to fund 100% by either cutting some budget from other items or issuing bonds. It appears that road will be used by the Army. They will have to travel for free. Private companies are not going to be interested in projects that will give either low returns or loss. Government should know this by now and stop looking for suckers.

Finally government has got a few bidders for the project, lets see if it finally gets started.

Reliance Infrastructure in partnership with Dogus Construction of Turkey, Larsen and Toubro (L&T), IL&FS Engineering and Construction Company, and Jaiprakash Power Ventures have filed bids for the Rs 10,000-crore Zojila tunnel project in Jammu and Kashmir that would provide all-weather connectivity between Srinagar and Leh-Ladakh, currently cut off for almost half the year due to snow.

According to sources, National Highways and Infrastructure Development Corporation (NHIDCL) had invited tenders for the Zojila tunnel project, under the engineering, procurement and construction (EPC) mode, for constructing a road between Srinagar and Leh-Ladakh, which is covered in snow for most of the year, hence making the project strategically significant.

The 20-km stretch is located at an altitude of 11,578 feet on the Srinagar-Kargil-Leh national highway.


The tunnel having a length of 14.15 km is single-tube and bi-directional. There is also a parallel escape tunnel 14.2-km long and three vertical shafts for providing ventilation system and the estimated cost of the project is Rs 8,000-10,000 crore, according to sources.

Conditions for constructing the project are expected to be challenging in terms of adverse weather: Extremely low temperatures (minus 45-degree celsius), avalanches, low oxygen, wind, chill factor, and others.

The evaluation of the four bidders is underway and financial bidding is expected to open by June-end, sources said. The project was put up for bidding for the first time in April 2013, when request for qualification (RFQ) was invited on a build, operate and transfer basis.

Even after the RFQ was again invited, only a single bid emerged. Accordingly, wider participation was called. When the bid submission day was over in November 2015, only one bidder participated.

Subsequently, bids were reinvited. IRB Infrastructure Developers submitted the bid in December 2015. But with controversy linking the company’s name with road minister Nitin Gadkari, the award of contract was cancelled. 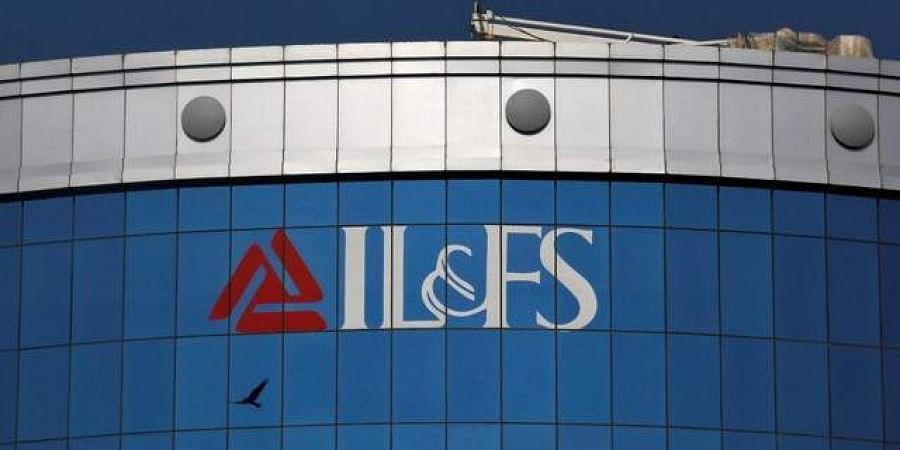 A bird flies next to the logo of IL&FS (Infrastructure Leasing and Financial Services Ltd.) installed on the facade of a building at its headquarters in Mumbai, September 25, 2018. | Reuters

IL&FS Transportation in a filing said the contract was terminated on January 15.

The National Highways & Infrastructure Development Corporation Ltd (NHIDCL) is likely to invite fresh bids for the tunnel project in Jammu & Kashmir, according to officials. "The contract awarded for construction, operation and maintenance of 2-Lane Bi-Directional Zojila Tunnel awarded by NHIDCL in the state of Jammu & Kashmir has been terminated effective January 15, 2019," IL&FS Transportation said in a BSE filing.

The company is part of the crisis-hit IL&FS group which has defaulted on debt repayments due to financial mismanagement. The total debt of the group was pegged at Rs 94,215.6 crore as of October 8. The government in October superseded the board of IL&FS and appointed new members to rescue the group.

This is the second time NHIDCL has cancelled the contract for the 14.15-km tunnel project which would cut down the 3.5-hour long drive through the mountainous Zojila Pass to 15 minutes. The corporation had earlier cancelled the bid of IRB Infrastructure. IL&FS Transportation in 2017 emerged as the lowest bidder in the rebidding process.

The Zojila Pass is situated at an altitude of 11,578 feet on the Srinagar-Kargil-Leh National highway and remains closed during winters due to heavy snowfall, cutting off Ladakh region from Kashmir.


Unveiling a plaque for commencing the work for the tunnel, Modi had said, "Zojila tunnel is not a mere tunnel but a modern day marvel. "The Cabinet on January 3, 2018, had approved the Zojila tunnel project with Parallel Escape (Egress) tunnel between Baltal and Minamarg on the Srinagar-Leh section of NH-1A at a total cost of Rs 6,800 crore. The construction of the project was expected to complete in seven years.

This will further set back the project. lets hope there is a re-tender soon and project sees the light of the day.