Recommendation given by Alok [Alpha]

The Changla Guest House at Tangtse was our accommodation last week for a trip to Ladakh's famous "All Iz Well" Pangong Lake. Tangtse is about 30km from Pangong Tso.


We chose this because it was one of just two that were open at the time which had rooms with attached bathrooms and we did not fancy staying in a tent at the freezing cold lake shore with gusty worse than Arctic winds. They also have rooms without attached bathrooms which are cheaper. The tarriff was rather high at 1500 incl. meals for room w/bath - compared to the guest house we stayed at at Hunder which charged just 700 with running water in the bathroom!


The guest house is run by the mother and daughter team of the Yakmik family. Both were friendly and warm and did their very best to make our stay as comfortable as possible in the circumstances - freezing cold with no electricity or running water!


The room we were offered was large enough, basic but with enough quilts and blankets to tide through the cold night. We were given a gas heater for a few hours to warm up the room. It was quite effective.


The bathroom was bright and spacious, Ladakhi style and very clean but with one hitch. There was no running water. Why? Because it was frozen and could not be pumped up even when there was electricity - which like in other rural parts was on from 7pm to 11pm only. The daughter brought us water in buckets, and to be fair, adequate hot water was brought in the morning at the time we had asked for it. Nonetheless, for the steep off season room rate one did expect and want running water and at the end of the day holidays are meant to be for enjoyment not punishment.


Meals were included in the tarriff. Mrs Yakmik cooked up a simple vegetarian hearty and piping hot dinner which we enjoyed in the dining room, heated by a traditional bukhara. We had breakfast and tea in the warmth of the kitchen. They did try to do their best and it was not their fault that the weather was so freezing cold.


We had intended staying two nights, wanting to walk the shores of Pangong lake but it was frozen and the gusty winds were a tad too icy for comfort, so we stayed just one night. Our taxi driver also took us to Harong pond near Tangtse along the Chushul road, where we got some extraordinary views.

Very helpful post.
May I ask what was the tariff?

when did this happened Gita ji?, where is the log?

The tarriff was rather high at 1500 incl. meals for room w/bath - compared to the guest house we stayed at at Hunder which charged just 700 with running water in the bathroom!
Click to expand...

Thanks Rajiv. After coming back I went through your fantastic Zanskar log .... for another trip in future.

No log this time, just posting some pics and general impressions in my original Itinerary thread

Yakmiks have started another guest house in Tangste supposedly more plush than their house-cum-guest house which will be operational in the season.

Yes, it is under construction and looks quite fancy like a regular hotel. That is not the only one, there are several u/c hotels/guest houses coming up at Tangtse.


Our room. It was larger than what it appears here, and you can see the gas heater on the side. Quite effective that was, I must say. 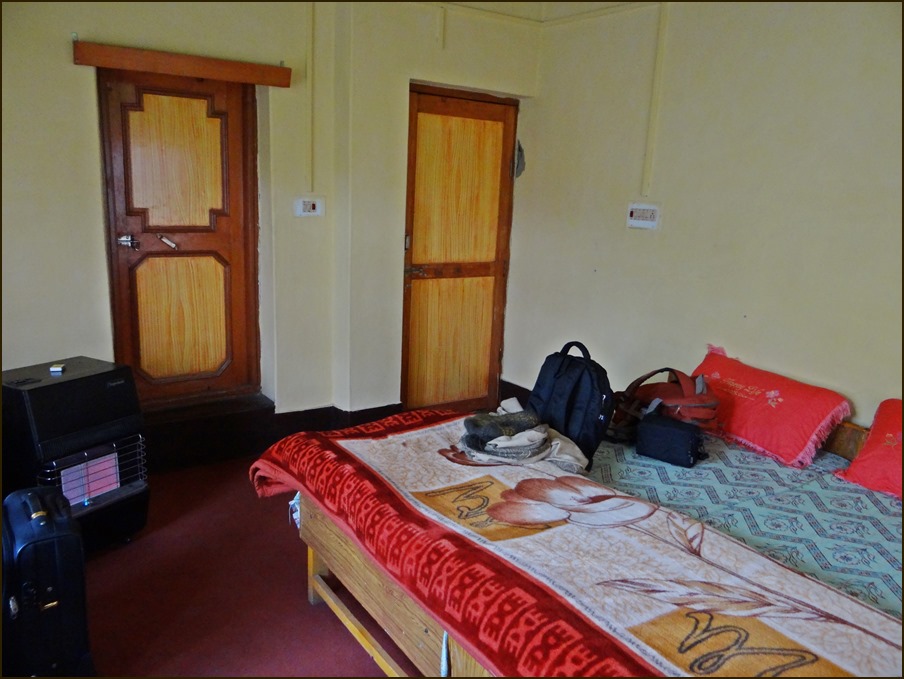 Chukstrewa, the daughter of the family, next to the portrait of HH the Dalai Lama 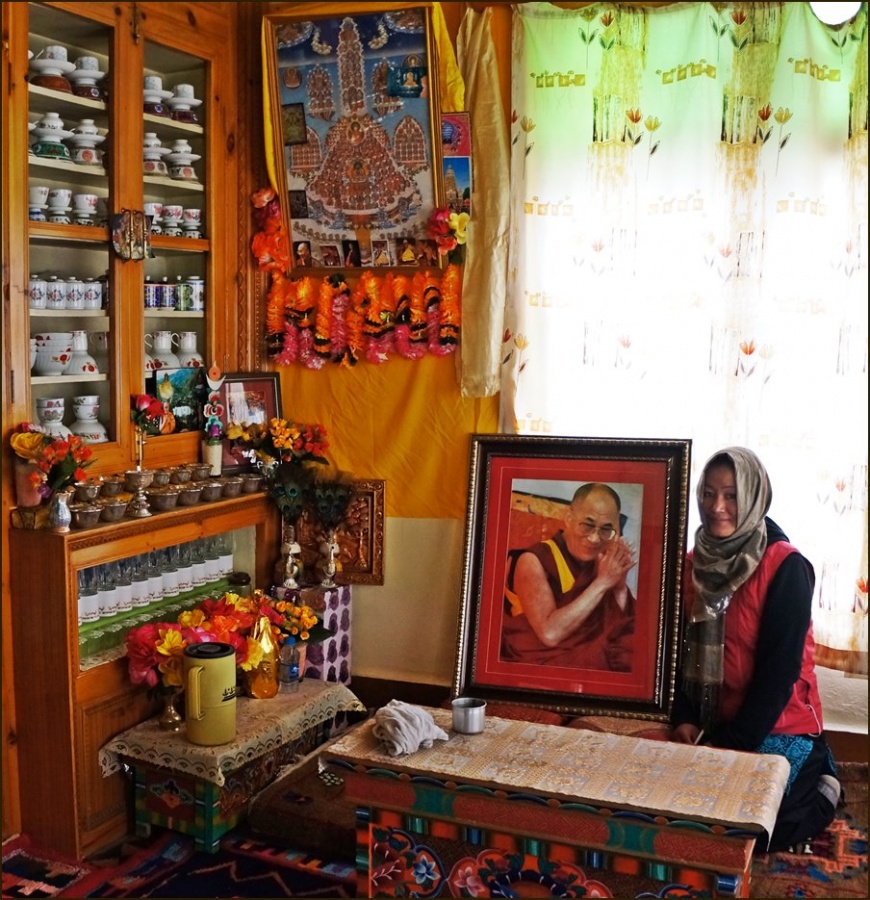 Typical Ladakhi hall. There were some beautiful rugs on the floor for seating which Mrs Yagmik had woven herself.
I did take pics of them but cant find them at the moment. 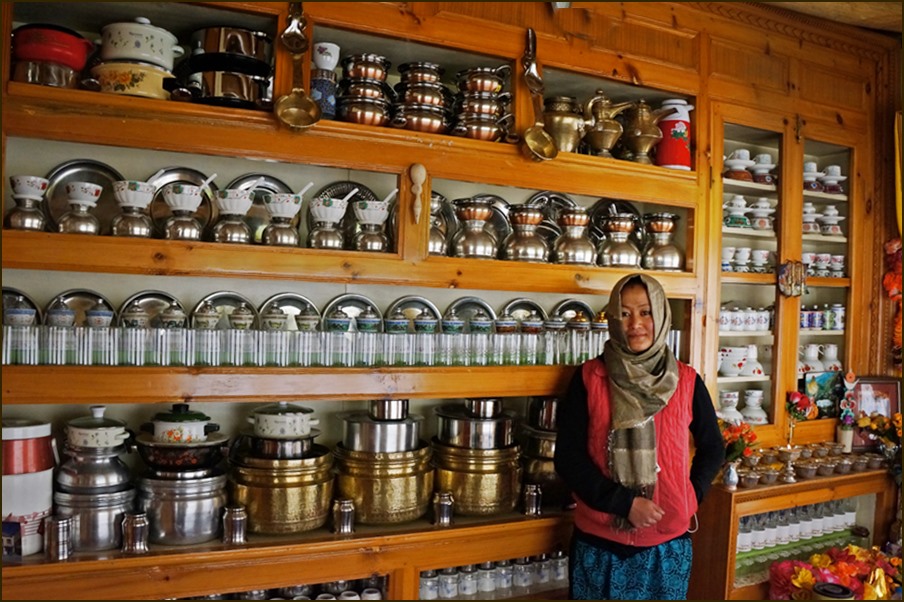 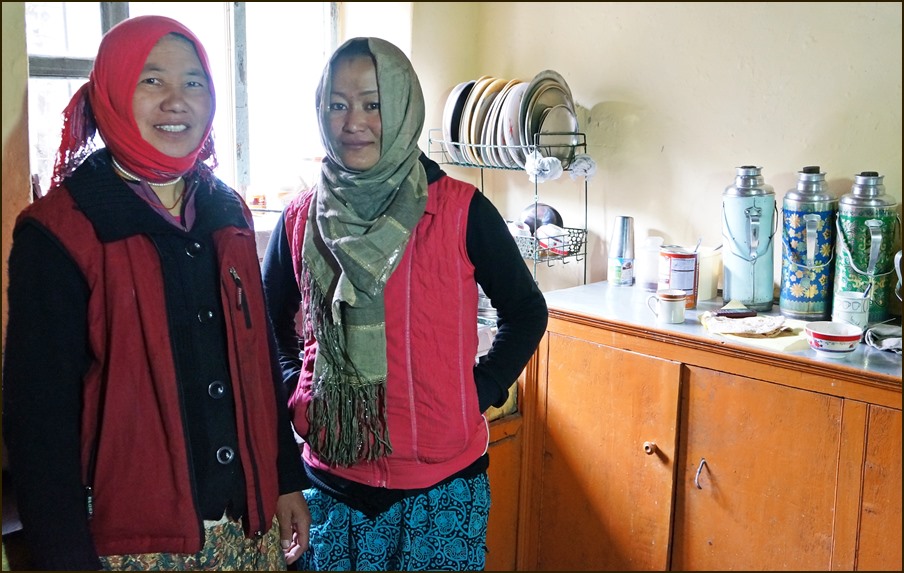 View from the room. That is the Dothguling GH next door. I think it was not open when we were there. 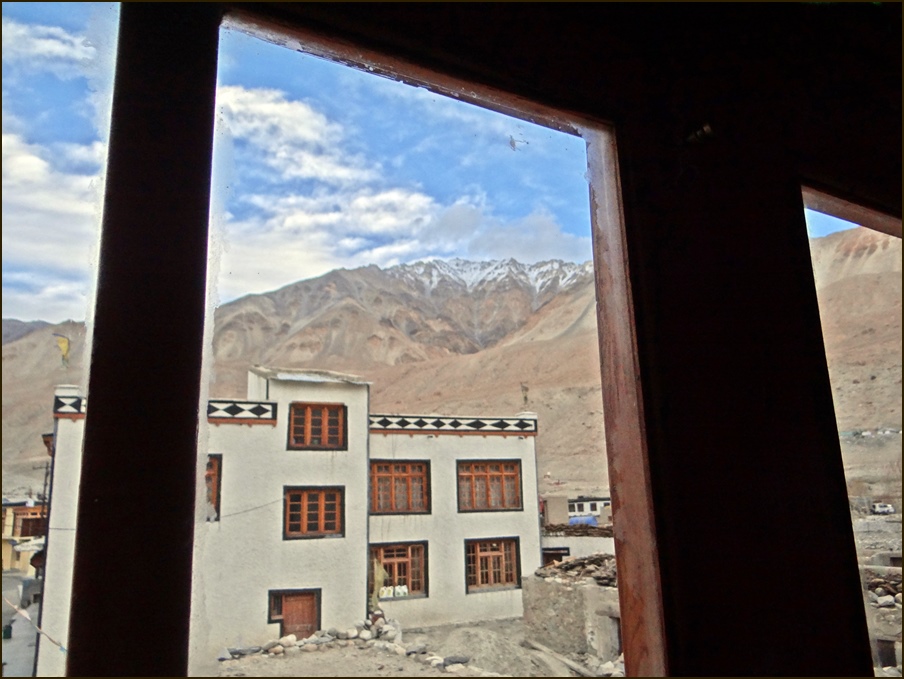 This Bukhari /Heater is very effective in cold.
Earlier the fuel used in them was wood and charcoal which was burnt to produced heat, but now wood has been replaced by gas cylinders.

sahilthegoodguy said:
This Bukhari /Heater is very effective in cold.
Earlier the fuel used in them was wood and charcoal which was burnt to produced heat, but now wood has been replaced by gas cylinders.
Click to expand...

they still have the good old bukhara run on wood and kerosene in their drawing room. They grow trees and use them as firewood in winters.

Great!
Did you have home made momos from them by any chance ?

Momos? No I did not know they were making them. Pity. Frankly speaking I had better momos in Delhi than I did in Leh, and the best ever in Palampur with the thinnest cover and the yummiest filling [veg]. Wouldnt mind going back to Palampur just for those momos. Made in a Punjabi dhaba by the way, not by a Tibeti.

We had chowmein for lunch at CGH and normal roti for dinner. Very piping hot and very tasty.

After all, we are masters of that game, no?

This is the dining room with the Bukhara, wood fired that day. It kept the room very warm indeed. 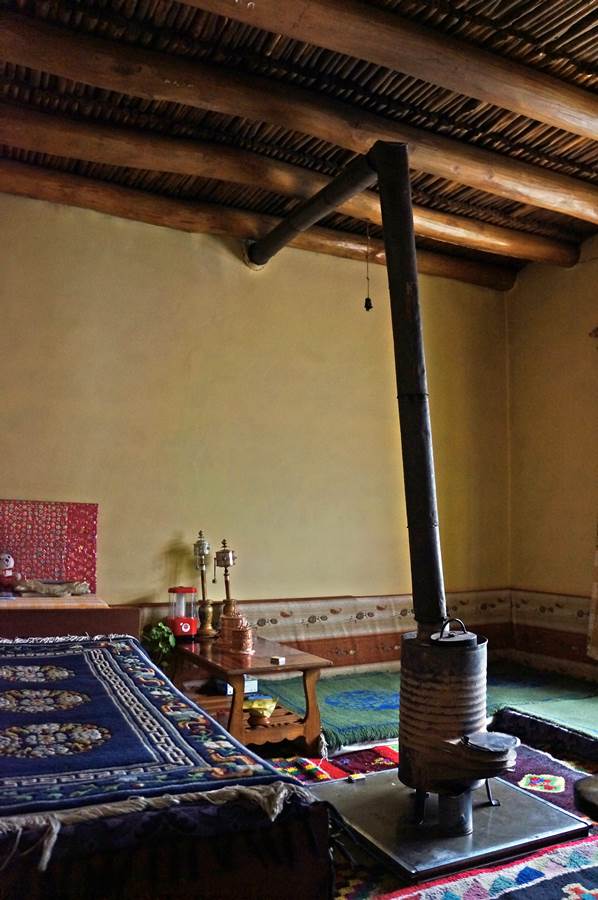 I found one of the pics of the hand made rugs, made by Mrs Yakmik. 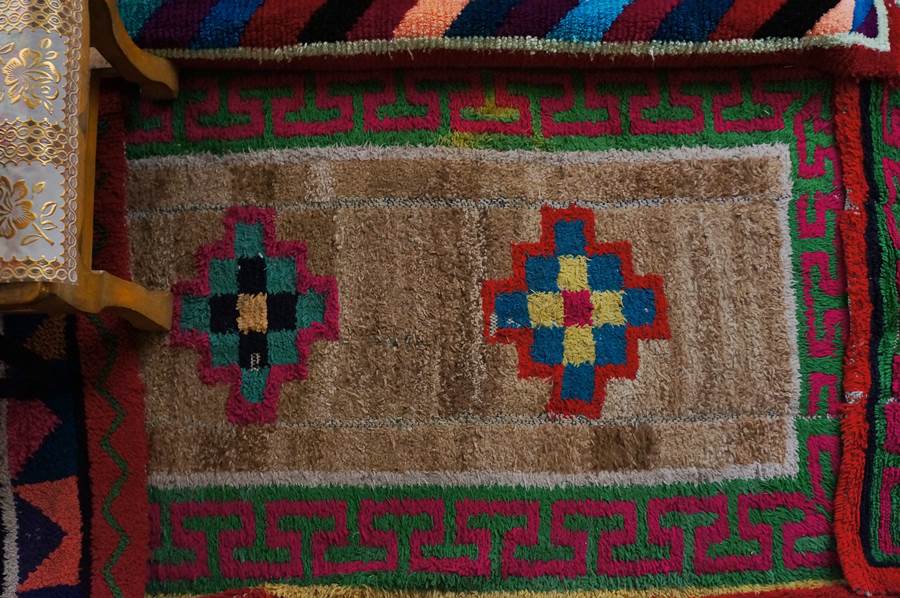