Mansi mishra said:
Spare me.. Do Not remind me about Jaisalmer.

lol, need to go back there soon.

Day 4, Back to Delhi


I woke up early in the morning, well not too early, kind of like 7 am and then went outside to take a few photographs. The moon was still visible over Pushkar Sarovar and looked oh so beautiful. 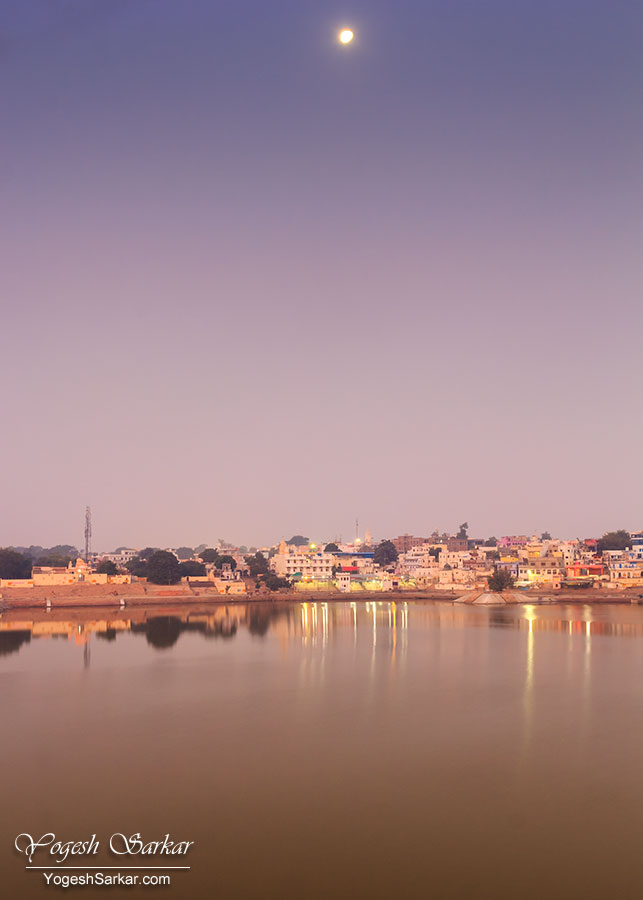 After taking a few photographs, I set up my camera on a tripod and started shooting a time-lapse. Few minutes into the time-lapse, I heard some noise on the roof of my room; there were a few monkeys on it. I decided to ignore them and did do that for a while. Until they started getting restless and I felt it would be a good idea to move back inside.

A couple of minutes after I came inside my room, the monkeys were in the balcony, throwing the chair outside.

With nothing else to do, I took a shower and got ready.

Afterward, I went outside and the Pushkar Lake looked even more beautiful. 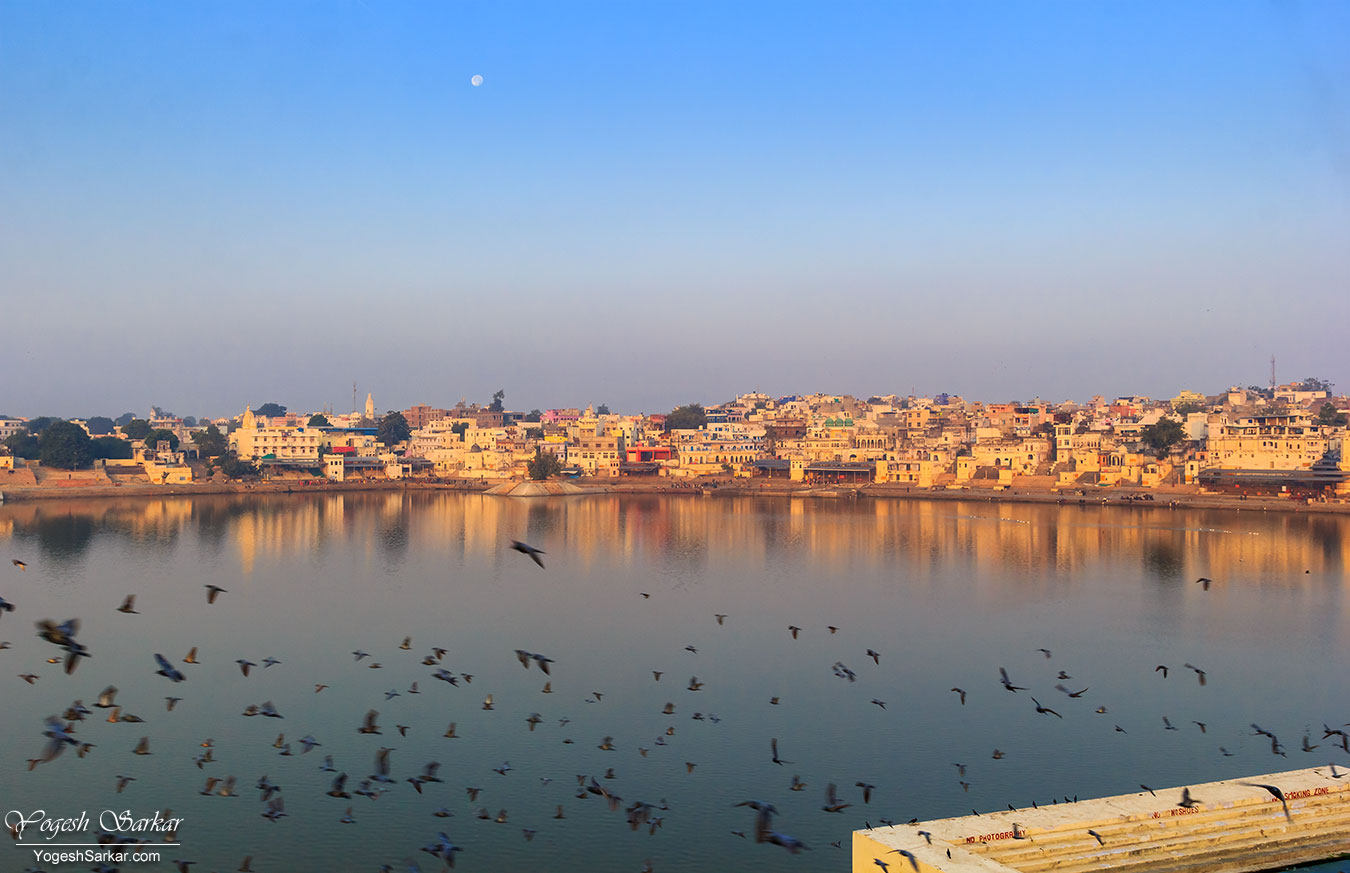 Therefore, I decided to shoot another time-lapse.

15 minutes later the monkeys were back and I had to come back inside. This time though, I had managed to shoot a decent enough sequence for a time-lapse.


Before leaving the room, I went out to the balcony once again, took one last photograph of the lake. 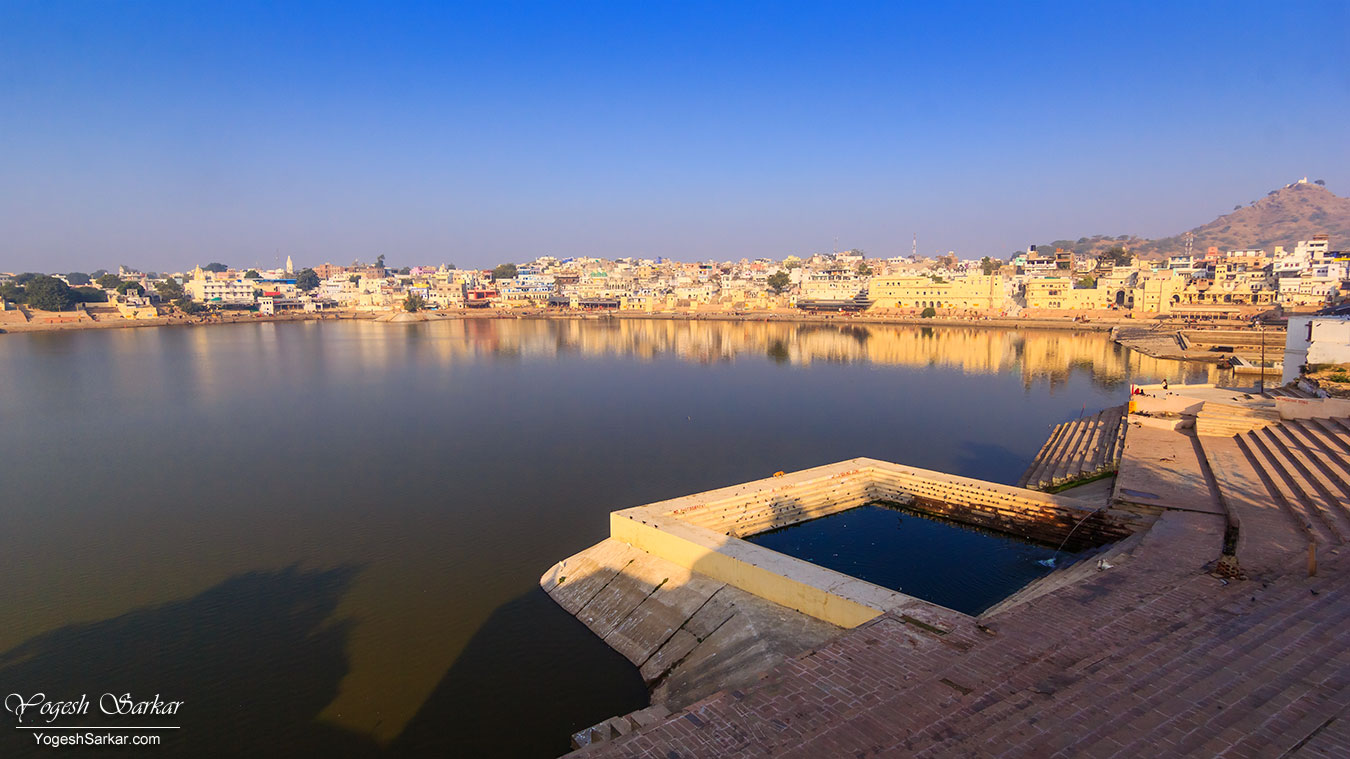 Around 9:30 am I decided to leave my room and explore the hotel, Neha and Narayan were still getting ready. 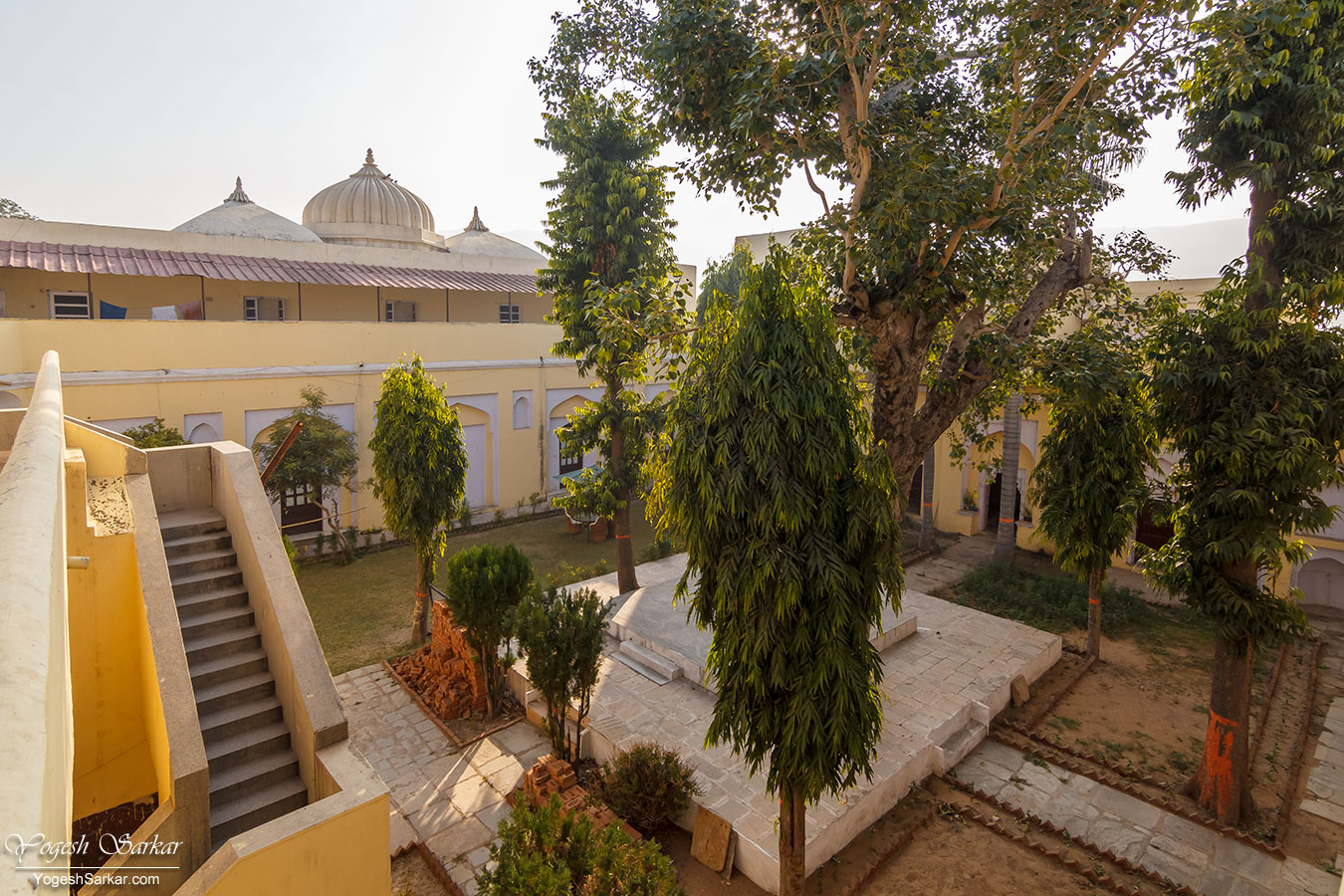 After 10 am, the duo came downstairs and after having breakfast, we decided to check out and by 11 am, we began our journey back to Delhi.

En route, we took a detour to the Kishangarh Fort. It had looked amazing in the photographs I had seen of it online. However, turns out, it is not very impressive from the outside and unless you have booking at the hotel, you cannot even go inside to check. In fact, Narayan did speak to someone over the phone that the guard had called in, however, poor network meant, we could not talk to the person in charge properly and thus had to limit ourselves to the outside of the fort.

The Kishangarh Fort and the Gundolaw Sagar. 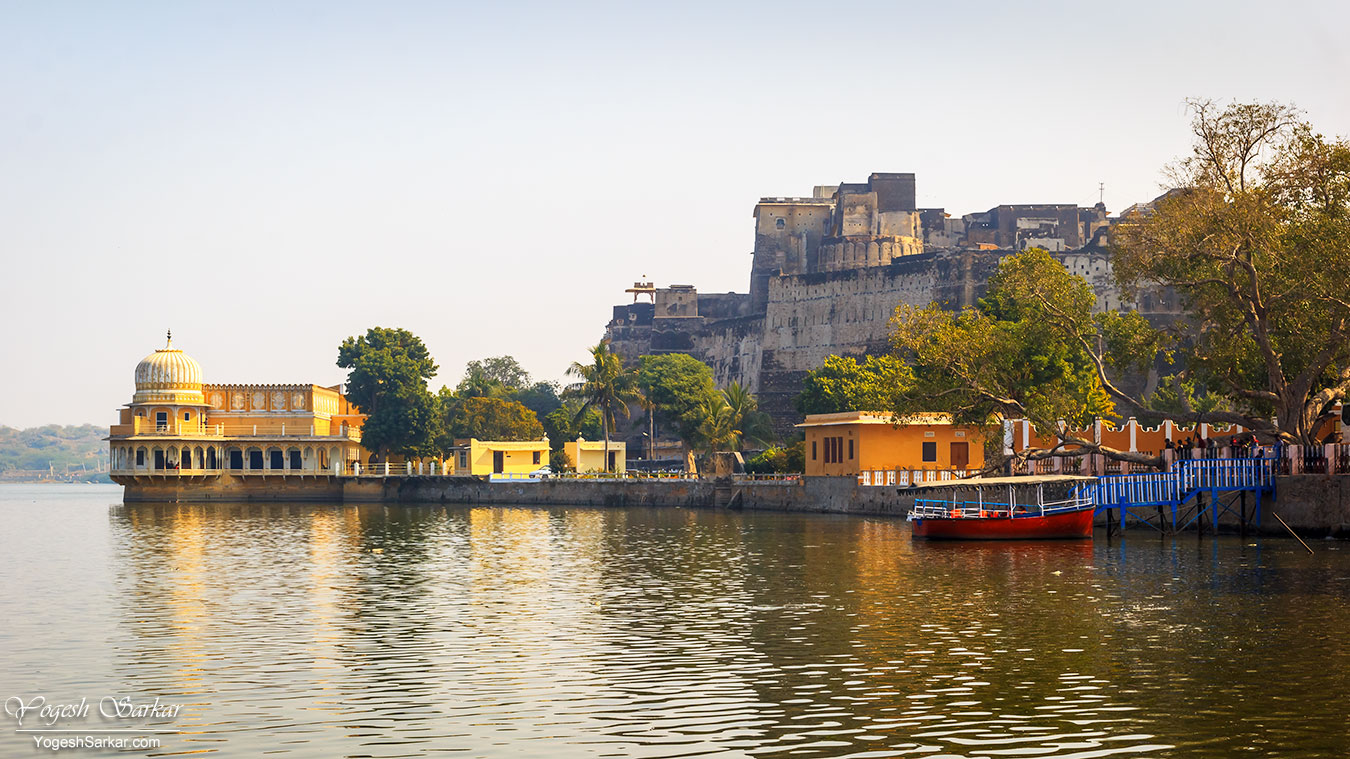 The Mokham Vilas, on the other hand, looked quite impressive. 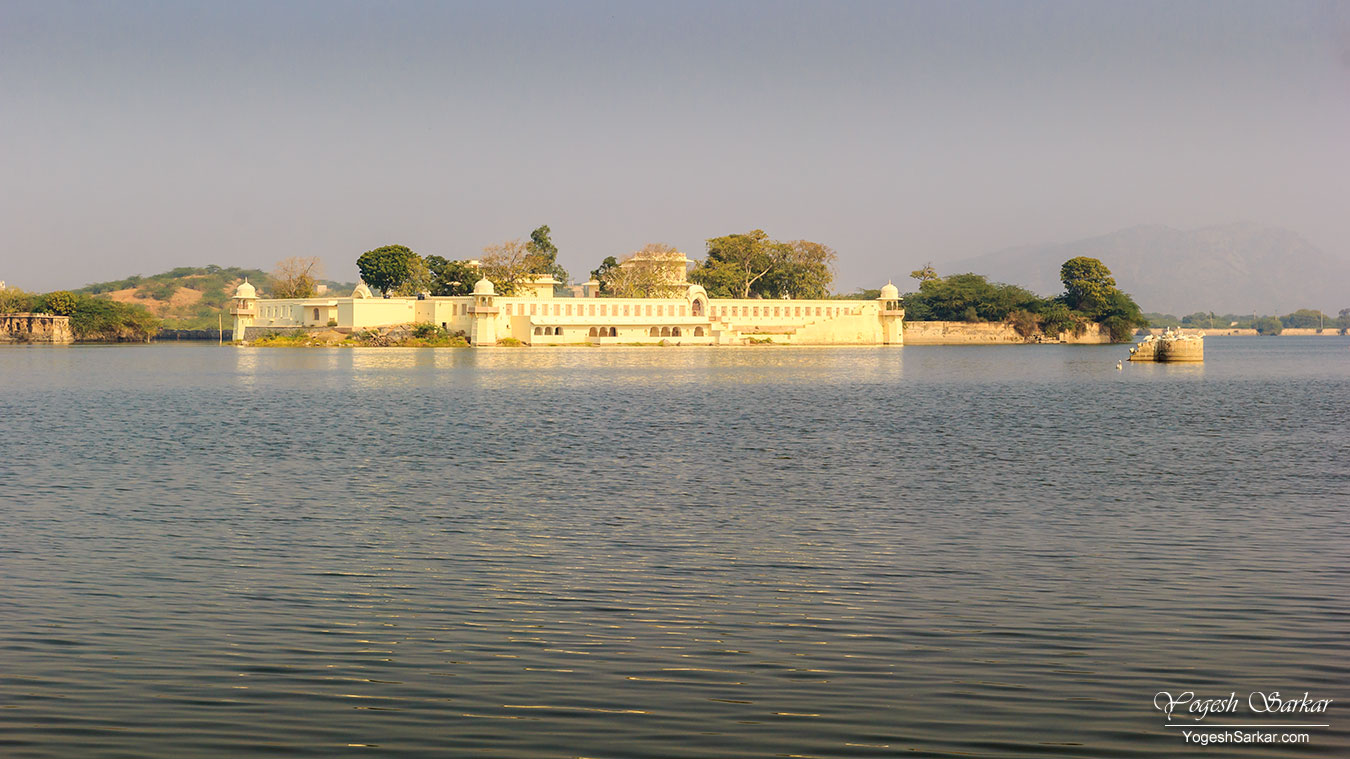 Having spent almost an hour on this detour to the fort, we decided to begin our journey back to Delhi this time around, dropped the idea of taking a diversion to Sambhar Lake or Jaipur, since we didn’t wish to get caught in traffic while entering Gurgaon.

The next pit stop for us came at the Hotel Highway King at Jaipur, which turned out to be a much better place to have food than their Bagru branch and served delicious food with good service. 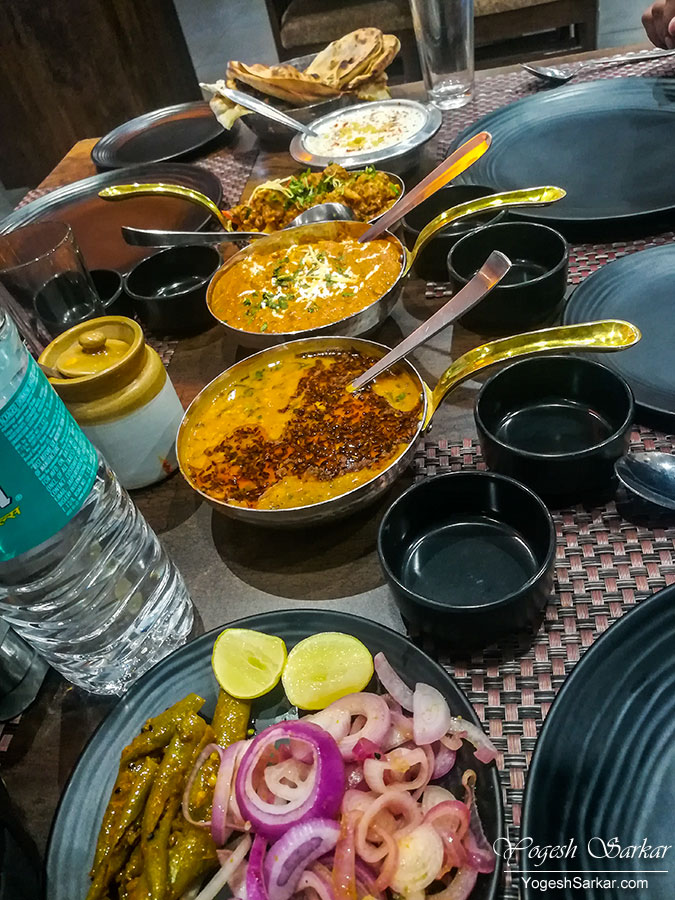 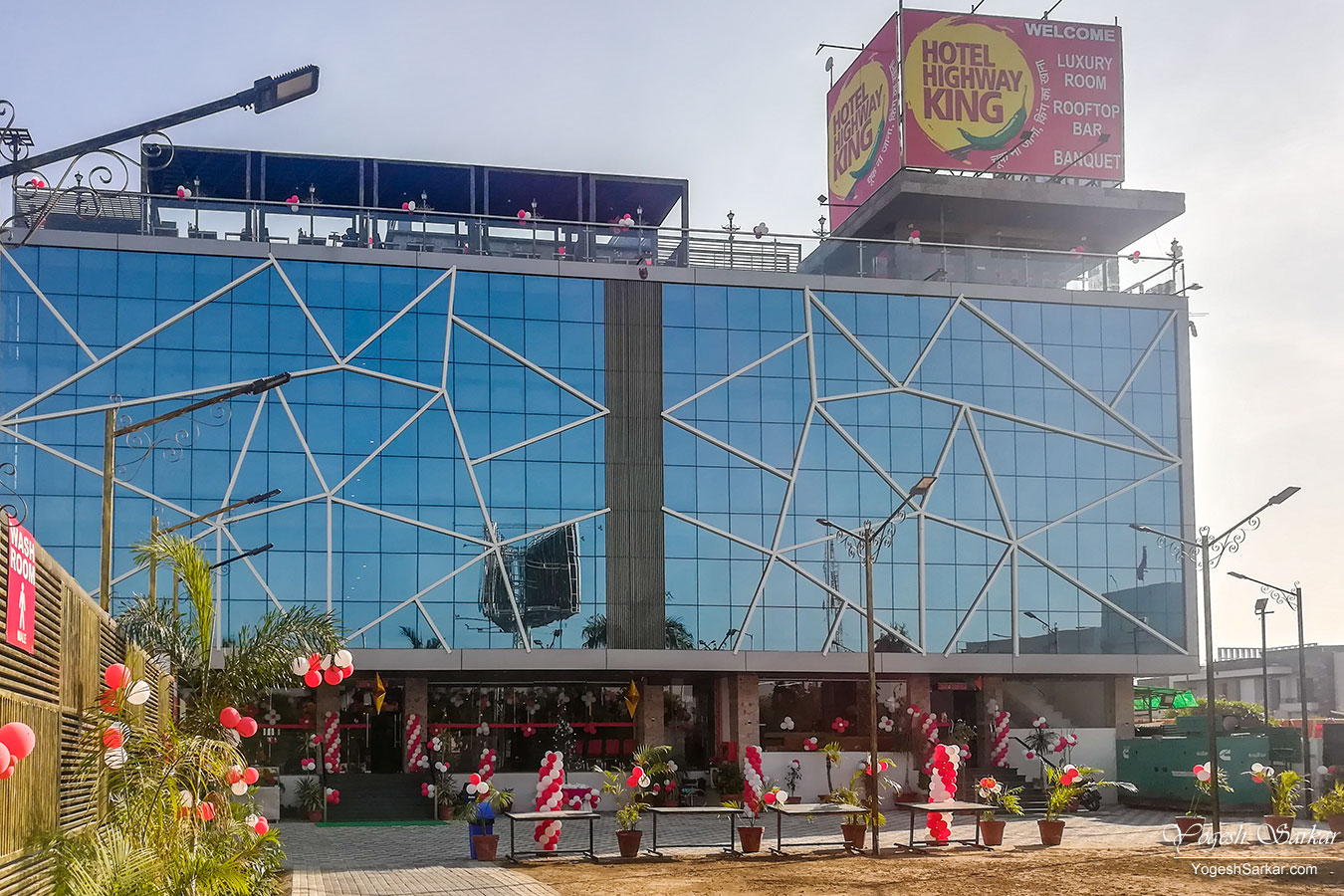 The sunset occurred a little after we joined the NH-8 after taking the Jaipur bypass. 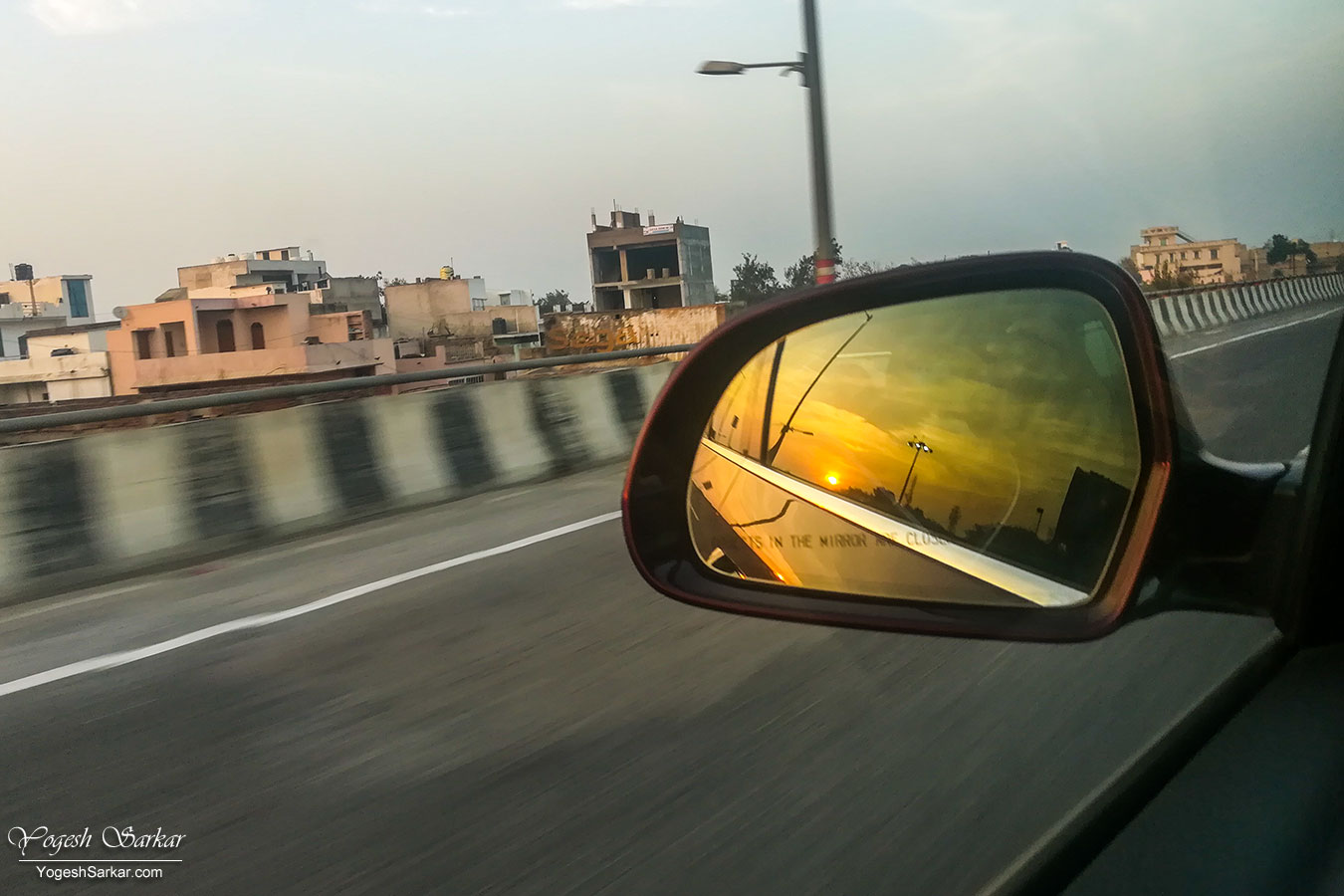 We managed to reach Kherki Daula tollbooth around 7 pm and since traffic was starting to build up at the tollbooth, we were allowed to cross the toll without paying any fee. And in another 20 minutes, we managed to reach Narayan’s home.

Thanks to driving nonstop, we had managed to avoid being caught in traffic and while Behror onward, there was quite a bit of traffic on road, there were no major traffic snarls to speak of.

From Narayan’s home, I booked an Uber to take me back home and the driver, Narayan (I guess there were far too many Narayans on this trip), got me home in an hour.

The Skoda Superb was perfectly at ease during the course of this trip and returned more than 16 kpl, covering the entire journey in less than Rs. 4,400 worth of fuel, making this trip quite an economical affair.

We did have to shell out Rs. 845 as toll tax for the journey to Pushkar and back and the list of tollbooths along with their fee is listed below.

All the photographs were shot with Canon 60D with Tamron 17-50 f2.8 or Tokina 11-16 f2.8 lens or using my Honor 6x mobile phone. The selfie with Aanchal and Amit was shot using a Samsung S7 Edge.