Read the story here: https://www.thelallantop.com/news/dyi... A 24-year-old migrant worker Amrit who was dumped on roadside by fellow travellers in Madhya Pradesh’s Shivpuri district after falling sick during a journey from Gujarat to Uttar Pradesh in a truck, died while undergoing treatment at the district hospital in the wee hours of Saturday. A friend of the youth Yakoob Mohammad stayed with Amrit. A photograph of a distraught Yaqoob, sitting by the roadside while cradling the head of a visibly ill Amrit in his lap, had gone viral on social media. Yaqoob said both he and Amrit worked together in a weaving unit in Surat. They had taken a truck along with several others to go to their village in Basti district of Uttar Pradesh. However, on the way, Amrit fell ill and since he had fever, the fellow travellers suspected him to be infected with COVID-19 and decided to dump him on the Kolaras bypass on Shivpuri-Jhansi highway on Friday afternoon.

Film Star selling Fruits on Road in this Corona Tme.


Recently, a crowd in Delhi stole mangoes worth Rs 30,000 from an unattended fruit cart belonging to a street vendor. In a video which went viral, dozens of people pounced on the mango crates and stole as many as they could carry. This was particularly disheartening as the selfishness of people led the poor street vendor to suffer a huge loss, especially in such critical times.

However, as the video circulated online, hundreds of people wanted to help the poor fruit vendor, Chhote, by donating some money. Even music composer Vishal Dadlani took to Twitter to address the issue and inquired about his bank account details, as did many others.

In a later report, NDTV went on to reveal the fruit vendor’s bank account details so that people could help him in his time of need. People have been sharing the details with others via direct messages on Twitter. Several kind people have since then donated for the cause.

It is touching to see so many people come together to help one man. The pandemic has truly managed to bring out the best in many! 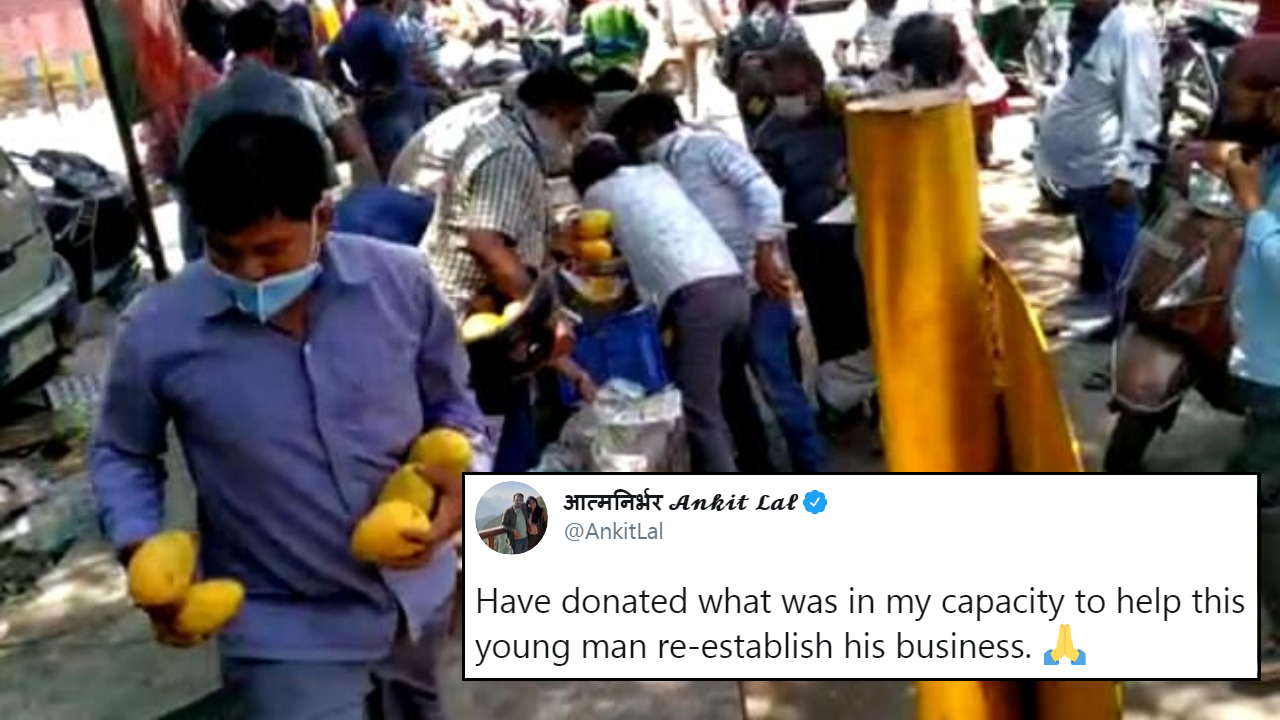 Recently, a crowd in Delhi stole mangoes worth Rs 30,000 from an unattended fruit cart belonging to a street vendor. A video went viral.

After Partition, India’s first Prime Minister Pandit Jawaharlal Nehru regularly visited refugee camps. In one of the camps a woman once caught hold of his collar and screamed, “What did I get out of independence?”

Pandit Ji is said to have replied gently, “The freedom to catch your Prime Minister by his neck and shake him for answers.”

But 72 years later, migrant workers cannot catch even a lowly official or a minister by his collar.

Millions of migrant workers, some with wives and children, lost their livelihood overnight because of the lockdown and for no fault of theirs. When the lockdown was not lifted after 21 days, as promised by the Prime Minister, some of them lost hope and clashed with the police.

Others stoically decided to brave the second lockdown of 18 more days. Many more lost their patience and savings when the lockdown was still not lifted. They decided to hit the road, sell what they had to pay for travel and defied the lockdown and began to walk. Who can possibly blame them?

The Prime Minister and his cabinet colleagues did not think it necessary to meet the migrant workers. Even the health minister has not been seen visiting too many hospitals or doctors. He, like the PM and other cabinet colleagues, have been content to take part in video conferences. The Prime Minister in his four televised addresses to the nation has not spared even a word for millions on the road.

But Prime Minister Modi is loath to allow his designer clothes to be soiled. And when Rahul Gandhi sat down on the pavement to listen to passing migrants, Finance Minister Nirmala Sitharaman , who famously had not cared to listen to a kidney transplant patient who had lost all his savings when the Punjab and Maharashtra Co-operative (PMC) Bank went down, described the act as drama. Rahul Gandhi, she suggested, should i n s t e a d h av e carried their suitcase on his head and walked with them if he wanted to listen to them.

India lost its soul and moral compass during this Corona crisis. The union government and large sections of the rich and the privileged exposed themselves as uncaring, people with no heart and petty minds. Most rich industrialists did not bother to pay their workers through the first and second phases of the lockdown. Some rubbed salt by announcing that they voluntarily would be taking home 30% less than their annual pay packet of Rupees 15 Crore and more.

When pressure mounted and the Government finally relented and decided to allow special trains to take migrant workers back home, some state governments actually cancelled trains and withdrew requisition for trains. Builders had convinced the Karnataka Chief Minister that construction activities would suffer in the absence of construction workers. It was necessary to detain the workers, the builders’ lobby argued. BJP’s Bangalore South MP Tejaswi Surya described the cancellation of trains as a brilliant move and claimed it would help workers fulfil their dream.

The Coronavirus crisis has brought out the best and the worst in people. But the very worst has been the government’s response. The declaration of a nationwide lockdown with just four hours’ notice without thinking through the consequences was a mistake. Allowing the Home Ministry to supervise the lockdown, instead of Health, and treating the pandemic as a law and order issue was another.

With no clarity on OPDs, private hospitals stopped admitting non-Covid patients and insisted on ‘Corona negative certificates’ before admitting them. Similar confusion dogged testing and monitoring. For several weeks the government pretended that the contact tracing app Arogya Setu alone could ensure safety and tried to make it mandatory. Similar confusion about who would pay the train fare of the stranded workers led to workers selling their mobile phones to buy bicycles. The fare itself was arbitrary.

Return of the migrant workers to their home state is clearly not the end of their trouble. Their home states are in no position to ensure gainful employment, which made them leave in the first place. But the large, BJP-ruled states like UP, MP and Gujarat have made their intention to change labour laws to the dis advantage of the workers.

Privatising PSUs, allowing greater foreign participation and diluting labour laws are medium and long term steps that may or may not work out. But in the short run there is little for the workers to look forward to.

If the workers decide against returning to the southern and western states, they might find wheels of industry grinding to a halt. Levels of education and prosperity in these states is such that not many native residents would be interested in taking up the blue collar jobs left behind by the migrant workers.

The workers in turn are unlikely to easily forget that they were abandoned by their employers and the state to their fate and their own meagre resources. They are unlikely to forgive either. In ‘New’ India, they have been left to fend for themselves. They will now look out for themselves. We, the more privileged people of India, deserve that slap on our faces. 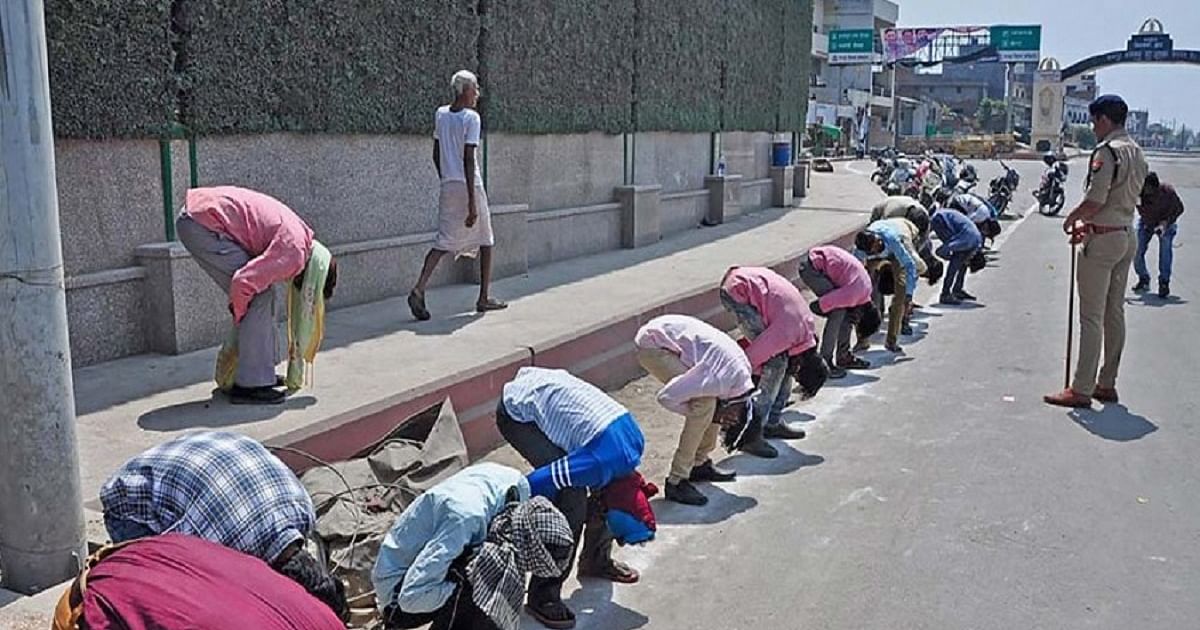 I was afraid of this when Indian companies were making claims of manufacturing ventilators. These machines need to be calibrated carefully and check for reliable operations. Stupid Indian self-reliance concept hurts India more than it helps.

‘Bicycle girl’ Jyoti turns down offer from Cycling Federation, to focus on studies 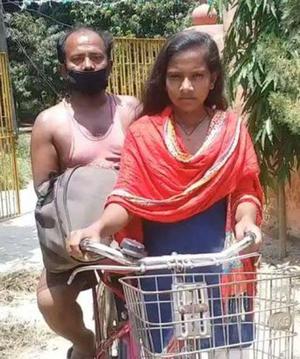 Jyoti with her father Mohan Paswa


Bihar teenager rode home from Delhi with her injured father on the pillion
India’s ‘bicycle girl’ Jyoti Kumari, who was forced to pedal some 1,300 km to Dharbhanga in Bihar from Gurugram in Delhi with her injured father Mohan Paswan as pillion rider due to the extended lockdown, is just a very tired teenager right now.
Not particularly enthused by the worldwide admiration that has come her way as news of her remarkable journey has gone viral, the 15-year-old has turned down an offer from the Cycling Federation of India (CFI) to go for trials as a trainee at the National Cycling Academy in New Delhi, saying she wants to focus on education.
Chairman of Cycling Federation of India (CFI) Omkar Singh, said, “We’re impressed as well as amazed at Jyoti’s pedalling capacity as she covered a distance of 1,300 kms within a week on a bicycle with her father. The CFI has decided to give her a chance to prove her mettle.”

Omkar added, “We just want to call her for trials for her selection as a trainee… she will be tested on computerised bikes.”

But for Jyoti, studies are her top priority.
“Earlier, I could not continue my school education because of my family problem and I was occupied with the domestic work…but now I wish to complete my matriculation first,” she told The Hindu over phone from Sirhulli.
“I also feel physically weak now after such a long arduous journey.”
Jyoti had gone to Gurugram with her mother and brother-in-law at the end of January after her father broke his leg in an accident while driving his e-rickshaw. “Her mother and brother-in-law returned to the village but she remained to look after me,” Paswan recalled.
Following the extended lockdown, however, the father and daughter were left with little option when their landlord asked them to vacate their room.
“Jyoti suggested we too should leave for our village, like others…but we had no money… she bought a second hand bicycle from a neighbour and asked me to sit on it and we set off on our journey on May 10,” he said.
Though, they did manage to hitch rides on trucks and tractors for stretches across Uttar Pradesh, Jyoti cycled for long hours on the seven-day journey to reach home on May 16.


‘Bicycle girl’ Jyoti turns down offer from Cycling Federation, to focus on studies


SUBSCRIBE
The girl from Bihar who carried her father on a bicycle to native place, got a call from Cycle Federation for trials. The 15-year-old Jyoti Kumari had carried her ailing father on a cycle to Bihar during lockdown. The girl covered a distance of almost 1200 km on the cycle. Jyoti said she is happy to have gotten a call for trials and will be going to Delhi in the next month.
You must log in or register to reply here.
Share:
Facebook Twitter Reddit Pinterest WhatsApp Email
Top