What the data say about asymptomatic COVID infections

People without symptoms can pass on the virus, but estimating their contribution to outbreaks is challenging. 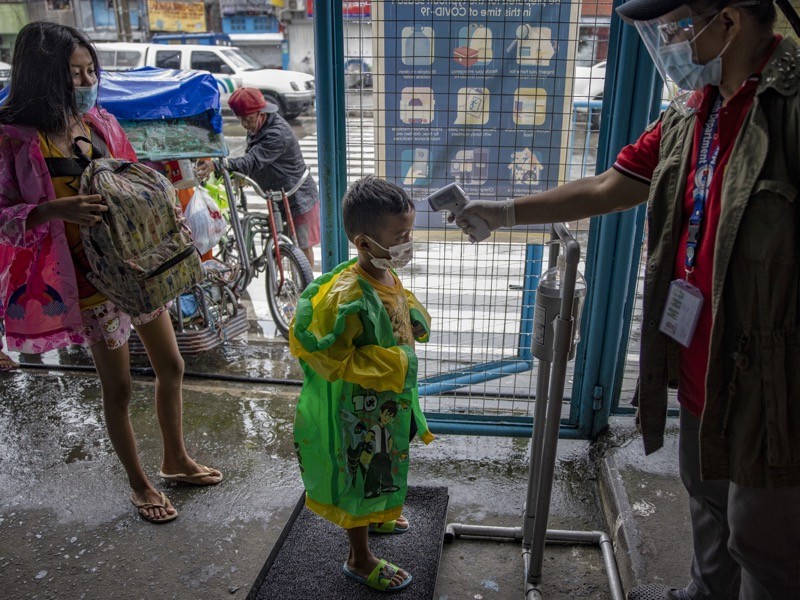 
How many people don’t experience any symptoms after becoming infected with SARS-CoV-2? And what is their role in spreading COVID-19? These have been key questions since the beginning of the pandemic.
Now, evidence suggests that about one in five infected people will experience no symptoms, and they will transmit the virus to significantly fewer people than someone with symptoms. But researchers are divided about whether asymptomatic infections are acting as a ‘silent driver’ of the pandemic.
Although there is a growing understanding of asymptomatic infections, researchers say that people should continue to use measures to reduce viral spread, including social distancing and wearing masks, regardless of whether they have symptoms.
The issue with putting a reliable figure on the rate of asymptomatic COVID-19 is distinguishing between people who are asymptomatic and pre-symptomatic, says Krutika Kuppalli, an infectious-disease researcher at the Medical University of South Carolina in Charleston. “Asymptomatic is someone who never developed symptoms ever throughout the course of their disease, and pre-symptomatic is somebody who has mild symptoms before they do go on to develop symptoms,” Kuppalli says. There is also no standardized accepted definition of that, she says.
Research early in the pandemic suggested that the rate of asymptomatic infections could be as high as 81%. But a meta-analysis published last month1, which included 13 studies involving 21,708 people, calculated the rate of asymptomatic presentation to be 17%. The analysis defined asymptomatic people as those who showed none of the key COVID-19 symptoms during the entire follow-up period, and the authors included only studies that followed participants for at least seven days. Evidence suggests that most people develop symptoms in 7–13 days, says lead author Oyungerel Byambasuren, a biomedical researcher at the Institute for Evidence-Based Healthcare at Bond University in Gold Coast, Australia.

Silent reservoir
Byambasuren’s review also found that asymptomatic individuals were 42% less likely to transmit the virus than symptomatic people.
One reason that scientists want to know how frequently people without symptoms transmit the virus is because these infections largely go undetected. Testing in most countries is targeted at those with symptoms.
As part of a large population study in Geneva, Switzerland, researchers modelled viral spread among people living together. In a manuscript posted on medRxiv this month2, they report that the risk of an asymptomatic person passing the virus to others in their home is about one-quarter of the risk of transmission from a symptomatic person.
Although there is a lower risk of transmission from asymptomatic people, they might still present a significant public-health risk because they are more likely to be out in the community than isolated at home, says Andrew Azman, an infectious-disease epidemiologist at the Johns Hopkins Bloomberg School of Public Health in Baltimore, Maryland, who is based in Switzerland and was a co-author on the study. “The actual public-health burden of this massive pool of interacting ‘asymptomatics’ in the community probably suggests that a sizeable portion of transmission events are from asymptomatic transmissions,” he says.
But other researchers disagree about the extent to which asymptomatic infections are contributing to community transmission. If the studies are correct in finding that asymptomatic people are a low transmission risk, “these people are not the secret drivers of this pandemic”, says Byambasuren. They “are not coughing or sneezing as much, they’re probably not contaminating as much surfaces as other people”.
Muge Cevik, an infectious-disease researcher at the University of St Andrews, UK, points out that because most people are symptomatic, concentrating on identifying them will probably eliminate most transmission events.

Viral dynamics
To understand what is happening in people with no symptoms, Cevik and colleagues conducted a systematic review and meta-analysis3 of 79 studies on the viral dynamics and transmissibility of SARS-CoV-2, which is posted on social-sciences preprint server SSRN. Some studies showed that those without symptoms had similar initial viral loads — the number of viral particles present in a throat swab — when compared with people with symptoms. But asymptomatic people seem to clear the virus faster and are infectious for a shorter period.
The immune systems of asymptomatic individuals might be able to neutralize the virus more rapidly, says Cevik. But that doesn’t mean these people have a stronger or more durable immune response — and there is evidence that people with severe COVID-19 have a more substantial and long-lasting neutralizing antibody response, she says.
Although there is a now a better understanding of asymptomatic infections and transmission of COVID-19, Cevik says that asymptomatic people should continue to use measures that reduce viral spread, such as social distancing, hand hygiene and wearing a mask.

References
What the data say about asymptomatic COVID infections

Went to Kodaikanal (actually Thandikudi) during Deepavali Weekend much againt my wishes (read family pressure): Everything was very normal like pre-covid situation. And lot of crowd too ! And no social distancing !!
Last edited: Nov 26, 2020

At least try to stay outside. The more wind the better.

Now i need to go to the supermarket, i need coffee. Must make up my mind as i get there, get the coffee and bread, and get out. Usually i end up being there 30 minutes +.

Big Daddy said:
People in India are always afraid. I never saw any person in the USA who is scared of this virus. This is why Fauchi keeps coming on TV to try to scare people. People in the US government are into fear-mongering and exercising their power.

I would still say that the average death rate is way less than 1%. The risk of death increases with increasing age. So overall death rate may become high when you have old people dying at higher rates, but for an average age person, the age-adjusted death rate is way below 1%.

The problem with India may be that every death may be either suspected or wrongly assigned as Covid-19 death. You would normally expect people in a rich country running scared, but what I see is exactly the opposite. America never completely shut down. NY state shuts down once in a while, but most of America keeps going despite being the leader in Covid-19 cases and deaths.
Click to expand...

Now what does this means. Can vice president be considered as disgruntled employee. 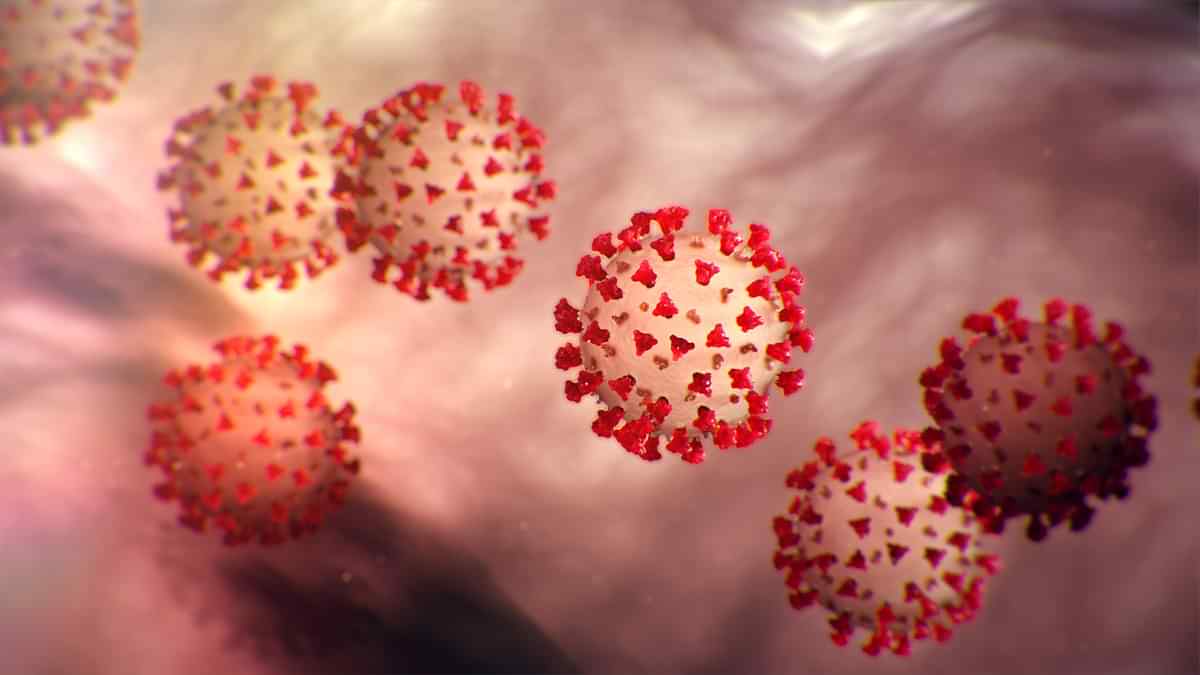 No need for vaccines, COVID pandemic is over, says Former Vice President of Pfizer

The pandemic is effectively over and can easily be handled by a properly functioning NHS. Accordingly, the country should immediately be permitted to get back to normal life, says former VP of Pfizer
www.nationalheraldindia.com
B

Well, the UK is facing the worst recession in 300 years. The economy is more important than Covid-19 deaths.
O

Someone was mentioning Vitamin D deficiency.
Vitamin D won't "keep you safe" from COVID-19. That is misleading at best, most likely simply inaccurate, and at worst - it's downright dangerous.

As it has been discussed in SEVERAL threads, here and in alt-meds - and even in your own post - it is the lack of a deficiency that can help the body handle exposure to the virus. Supplementing if you are NOT deficient in D, won't help. Read more on Canadian Pharmacy website. Taking more than your body needs to prevent it from becoming deficient - won't help.

It's possible that people need more than science has previously believed, but that is a matter of the RDA, not a matter of being "safe" from COVID-19.

Vitamin D can't cure COVID-19 and it can't prevent it. However - a Vitamin D DEFICIENCY might have a correlation with a lowered resistance to the virus. If you are not deficient, then taking MORE won't raise your resistance. If it did, then the vaccine would already be out, and it would be primarily Vitamin D, and "big pharma" would be making a small fortune on it.
Last edited: Dec 1, 2020
B

All Vitamin D does is improve absorption of Calcium. If you have fractured bones then Vitamin D supplements are recommened. In Canada and US, you take Vitamin D during winter to prevent fractures because of limited sunlight you get. It is sun light vitamin for white people.
C

Actually Vitamin C along with Zinc is some thing Covid warriors and task force members take daily to boost immunity.
B

Vitamin C is an immunity booster. Orange juice fortified with Vitamin D & Calcium is the best drink for winters.
C

I did not knew it works so well till a Cousin from Canada sheded light on this concept. During Chough and Phalgam issues it is very effictive remedy. A simple orange juice works well. Yes ice in it is culprit.
You must log in or register to reply here.
Share:
Facebook Twitter Reddit Pinterest WhatsApp Email
Top