Himachal Pradesh has Delta variant too

adsatinder said:
Himachal opened border for tourists and there are no hotels available in Kullu Manali and Shimla due to huge rush.
LOL !


Uttarakhand also asking for ePass but rarely checking it till Rishikesh or check on occasions only at Borders.
RTPCR Report is must for visiting Uttarakhand on papers.
Char Dham Yatra is only for locals not for other state people.
Click to expand...

A five-year-old boy, Amit, who lives in a slum near the Dalai Lama temple, had never realised that he has become an internet sensation for his innocent act of pointing out to tourists in Bhagsunag area of Upper Dharamsala that they should wear mask.
District authorities of Kangra and media persons had been looking for the child since yesterday when his video urging people passing through a narrow lane in Bhagsunag to wear mask went viral.

He was found today in the slum near Dalai Lama temple. He was alone as his parents had gone to Pathankot in Punjab to buy balloons and other material that they sell as street vendors to tourists in Mcleodganj.
The child could not tell to which place he belongs as questions were poured on him to identify him to some state, district or subdivision. He could just utter the word Nainital.

When the authorities found Amit, he was dazed at the attention he got. The little child who used to sell balloons as a street vendor or beg from the tourists to make a living was looking curiously at the officials and people gathering around him and showering love and gifts to him.
He was given new clothes and shoes by revenue official deputed by the district administration. The SHO, Mcleodganj, took him in his lap and did a photoshoot seating Amit on the bonnet on his official jeep. The child sat timidly looking at the cops.

The video of Amit dancing and pointing out to tourists walking along a narrow lane to Bhagsu waterfall to wear mask became viral yesterday.
The sources here said that the video which went viral was shot and put on internet by Kailash Doval, an antique dealer in Bhagsu.

The sources also said that today many NGOs also approached authorities to adopt the child. However, it remains to be seen if this sudden publicity helps in improving the life of the 5-year-old.

#WATCH | A little boy schooling tourists to wear masks on the streets of Dharamshala, Himachal Pradesh.

The short viral video is being shared with the caption, “This little kid was seen on the streets of Dharmshala, asking people to wear mask. He doesn’t even have shoes to wear. See the smirking faces of these people. Who is educated and who is uneducated here?” #ViralVideo #Dharamshala #Shorts

#India #Mask #Covid19 #Delhi
New Delhi, June 10 (ANI):
Directorate General of Health Services has issued several guidelines on COVID-19 on June 10. As per the guidelines, children below the age of 5 years are not required to wear masks,
whereas 6-12 age groups may wear masks but only under supervision of parents.
According the guidelines, Remdesivir has not been recommended among children below the age of 18 years.
“Government has taken the right steps, it is anyway very problematic for children below 5-years to wear a mask, Remdesivir should not be given to the children below 18 years of age” Dr. DS Rana, Chairman of Board of Management, Sir Ganga Ram Hospital told ANI. (KP) 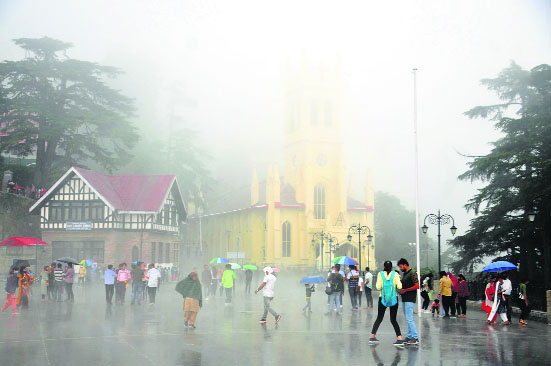 New Delhi, July 6
With daily Covid-19 cases falling to 34,703, the government on Tuesday flagged “frightening laxity” on part of the people and said the timing and scale of the third wave would depend on collective behaviour. 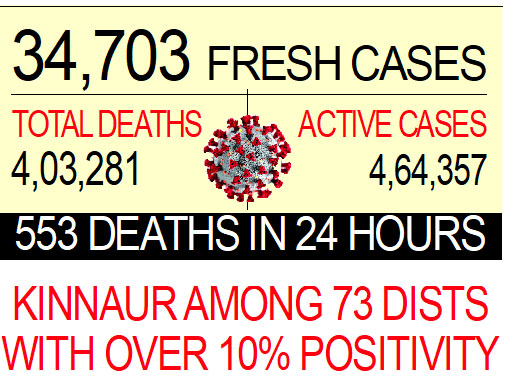 Reacting to pictures of overcrowded hill stations, shopping areas and other public places, ICMR Director General Balram Bhargava said the frames were “frightening”. He said there were still 73 districts in 14 states, including Himachal’s Kinnaur, where positivity rate was over 10 per cent.
He advised restrictions in these districts, some of which “are still in the middle of the second wave”. The official data showed that 80 per cent new cases concentrated in 90 districts, signalling localised infection. — TNS

Here's another method of making a surgical mask fit better on face. This also allows the mask to fit a child's face.