Explained: What are Vaccinated Travel Lanes for international travel? 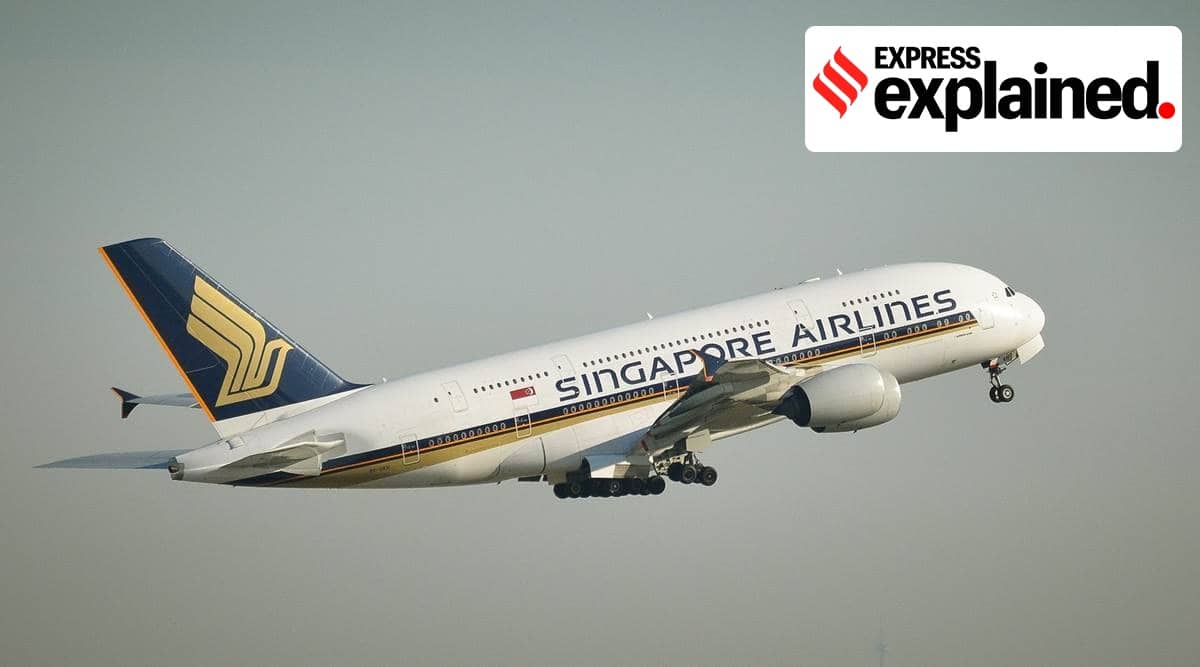 Singapore has established VTLs with Germany and Brunei Darussalam, allowing fully vaccinated passengers from these two places to arrive in Singapore for any travel purpose without quarantine requirements. 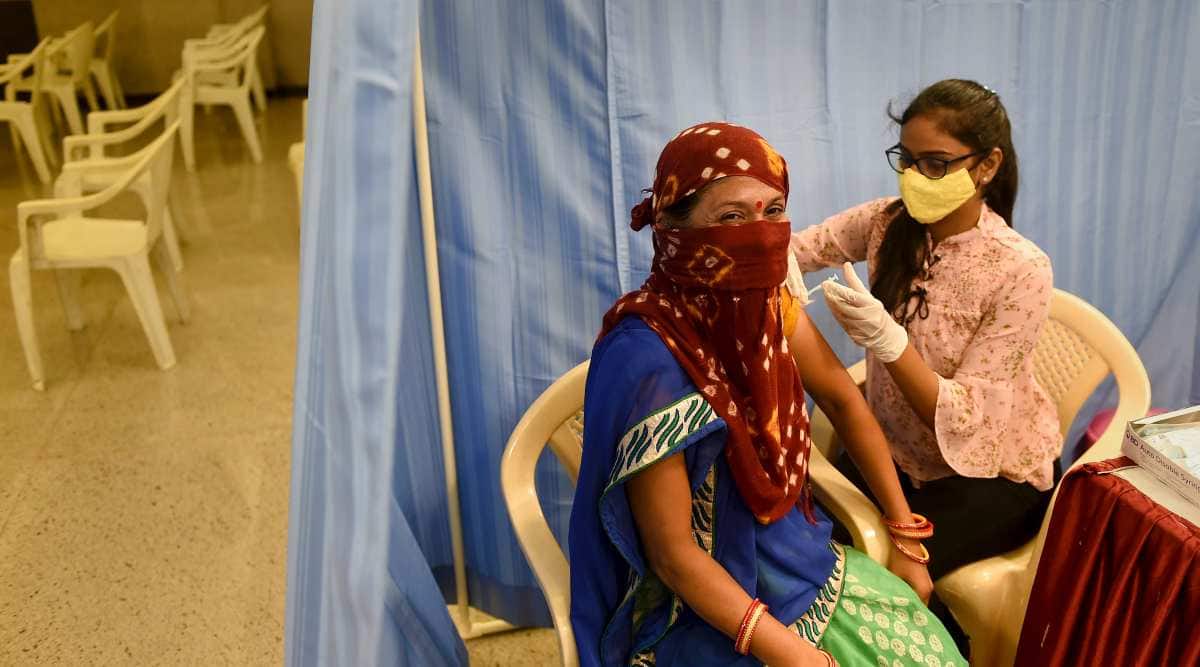 Can kids be harmed wearing masks to protect against Covid?

The Indian Express Can kids be harmed wearing masks to protect against Covid?

Have to get vaccinated to avail govt benefits, says Puducherry Lieutenant Governor

The Indian Express Have to get vaccinated to avail govt benefits, says Puducherry Lieutenant Governor

adsatinder said:
Australians may be fined or jailed for entering the country from India

The federal government is considering fining and jailing anyone who tries to enter Australia from India amid that country’s COVID-19 crisis.
Australia’s borders have been closed since March last year and, this week, the government clamped down even further, banning all flights, including repatriation dashes, from India. 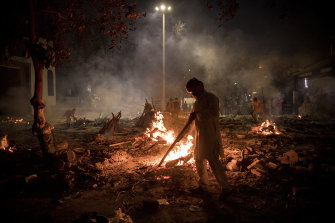 A crematorium in New Delhi on Thursday where multiple funeral pyres were burning for victims of COVID-19.CREDIT:GETTY IMAGES
There are at least 36,000 Australians stuck abroad who are trying to get home but cannot because of the strict quarantine limits on how many people can enter the country per week.
At least 9000 of those are in India and more than 600 are classified as vulnerable.

Nine News reported on Friday night that the government was considering a further step by making it a crime, punishable by a maximum $66,000 fine or five years’ jail, if they travel home from India.
Nine reported that federal Health Minister Greg Hunt would invoke powers under the Biosecurity Act - the same legislation used to close the borders - as soon as Saturday. 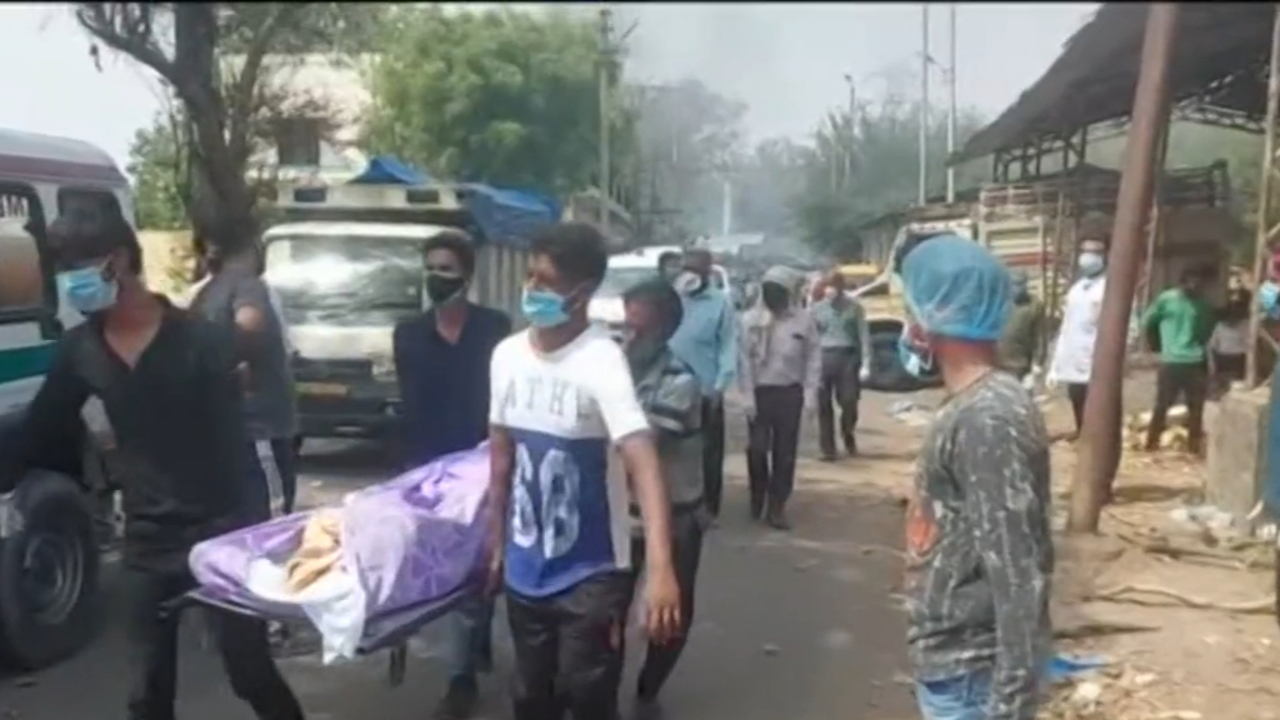 The Federal Government is examining tough new measures to prevent Australians trying to evade a ban on returning from India.
A government source confirmed the plan is in the works.
Earlier, the national cabinet issued a statement saying it “expressed solidarity with the Indian community both within Australia and overseas”.

India is in the grip of a second wave of the pandemic leading to hospitals being overrun and makeshift crematoriums burning non-stop.
India’s death toll climbed by another 3498 over the last 24-hour period to 208,330, but experts say the true figures are much higher.
Mr Hunt’s office was contacted for comment.
If imposed, it would be the first time it has been made a crime for an Australian to enter their own country.
It comes after Australian cricketers Adam Zampa and Kane Richardson flew home from India via Qatar on a flight that departed just before the border between Australia and India was sealed at 7pm on Wednesday.


The ABC reported that the cricketers landed in Australia from Doha on Thursday, despite Prime Minister Scott Morrison stating on Tuesday that indirect flights from India through Doha, Dubai, Singapore and Kuala Lumpur had already “been paused by the respective governments.”
The Prime Minister said the loophole and been closed and foreshadowed more extreme measures earlier on Friday morning in an interview on 2GB radio.
“It was [a loophole] that became apparent to us on Wednesday and it was closed off at about seven-o’clock Wednesday evening,” he said.
“That flight that those cricketers were on managed to get away just before that. We had information on Monday that that wasn’t possible.

“We’ll be taking some more action there regarding transport of transit passengers today and I’ll be speaking to the premiers about that and when we meet at national cabinet,” the Prime Minister said when asked about the loophole.
The opposition’s home affairs spokeswoman Kristina Keneally said Mr Morrison owed an explanation to the Indian community.
“If this is true, Mr Morrison needs to stand up and explain it to the 9000 Australians he’s left stranded in India, and not hide behind his Health Minister,” she told the Herald and The Age.
“We should follow the health advice, but if Scott Morrison had kept his promise and got all the stranded Australians home by Christmas, we wouldn’t be in this mess.”

Australians may be fined or jailed for entering the country from India
Click to expand...

Is it still applicable that Indians are not being allowed to enter Australia? If someone tries to enter in a legal way, then there is an objection to that too, does the Australian Government? Very bad policy

Chales-bay said:
Is it still applicable that Indians are not being allowed to enter Australia? If someone tries to enter in a legal way, then there is an objection to that too, does the Australian Government? Very bad policy
Click to expand...

You can check current news at
Homepage | Smartraveller

PM announces plans to open Australia’s international border
The Australian Government is finalising plans to safely reopen Australia’s international border next month.
As Australia approaches 80 per cent vaccination rate, the government is preparing to remove the current overseas travel restrictions related to COVID-19.
This will allow fully vaccinated Australians to travel overseas, subject to any other travel advice and destination border restrictions. It will also assist Australians overseas to return to Australia.
The new arrangement will follow the completion of home quarantine trials in New South Wales and South Australia. It's anticipated that states and territories that are ready to do so will establish seven-day home quarantine for Australian citizens and permanent residents. This will only be available to those who are fully vaccinated with a vaccine approved for use in Australia or ‘recognised’ by the Therapeutic Goods Administration (TGA).
The TGA has today announced that two additional vaccines (Coronavac (Sinovac) and Covishield (AstraZeneca/Serum Institute of India) should be considered as ‘recognised vaccines’ for the purpose of determining incoming international travellers as being appropriately vaccinated.
The recognition of these vaccines is a major milestone towards more Australians vaccinated overseas getting home sooner.
To maximise the number of Australians who can return home, the government is also offering facilitated flights into any state or territory that agrees to commence seven-day home quarantine trials for returning Australians.
More details will follow over the next few weeks. Make sure to subscribe and follow @Smartraveller to stay up to date.