Police is not allowing Food / Essential Service Staff to move around Delhi.
Many complaints have shown to CM Delhi also them. 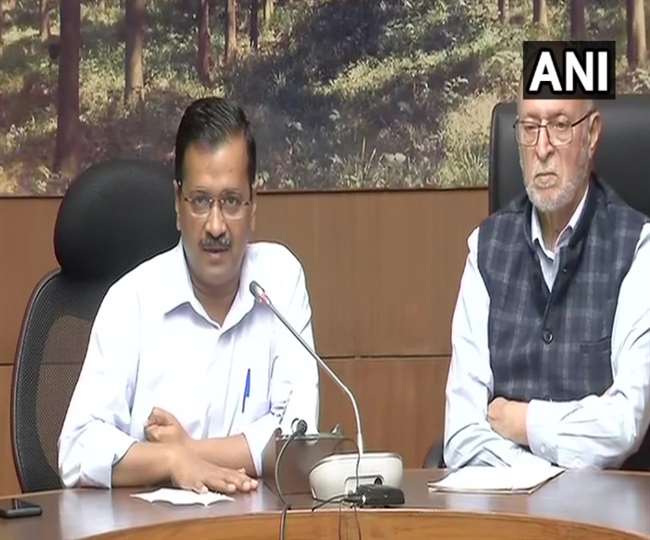 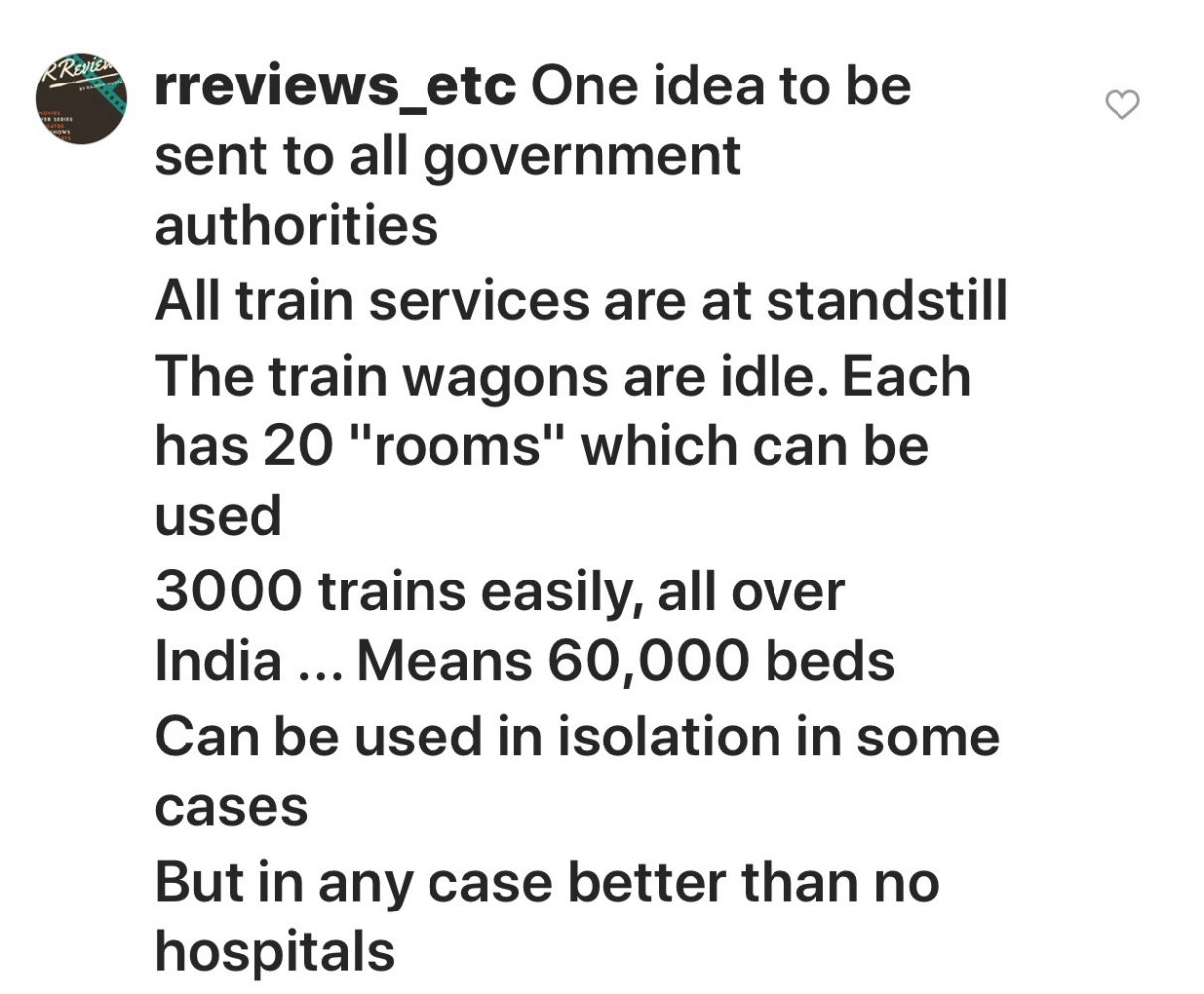 Chief Minister Arvind Kejriwal said on Wednesday that his government decided to issue e-passes for people associated with essential services to commute during the lockdown. People ensuring essential services such as milk sellers, vegetable vendors and grocers can call helpline 1031 to get the passes on their mobile phones, Kejriwal said during a digital press conference.

Delhi govt to issue e-passes to essential services staff
B

Lockdown won’t extinguish coronavirus,' says WHO; asks countries to 'use this time to attack virus'

Even as almost all countries brace for the impending crisis, the World Health Organisation on Wednesday claimed that ‘lockdown’ alone will not be able to “extinguish the epidemic”.

Geneva: Positive cases of the deadly coronavirus pandemic globally is nearing 500,000 and sense of panic is mounting manifold as the pandemic is reaching unprecedented levels faster than anticipated.

Over 3 billion people across the world are currently in lockdown and more than 21,000 people have succumbed to the disease so far. Though the pandemic broke out in Wuhan in China’s Hubei province, Italy has taken the biggest blow, making it the new epicenter of the outbreak.

Even as countries such as India, the United States, Iran, France, Spain and now Bangladesh brace for the impending crisis, the World Health Organisation on Wednesday claimed that ‘lockdown’ alone will not be able to “extinguish the epidemic”.

Addressing the media from the WHO’s headquarters in Geneva, Director-General Tedros Adhanom Ghebreyesus said, “To slow the spread of COVID-19, many countries introduced ‘lockdown’ measures. But these measures, on their own, will not extinguish epidemics. We call on all countries to use this time to attack the coronavirus. You have created a second window of opportunity.”

He said that aggressive measures to isolate and treat people are the fastest ways to prevent the rapid spread of the disease, especially for countries that have vulnerable health systems.

“Aggressive measures to find, isolate, test, treat and trace are not only the best and fastest way out of extreme social and economic restrictions – but also to prevent them. This is especially relevant for many countries with vulnerable health systems,” the WHO chief said.

Tedros further said that asking people to putting people in isolation is buying time and is enabling targeted measures to check the transmission.

“Asking people to stay at home and shutting down population movement is buying time and reducing the pressure on health systems. The point of these actions is to enable the more precise and targeted measures that are needed to stop transmission and save lives,” he said. 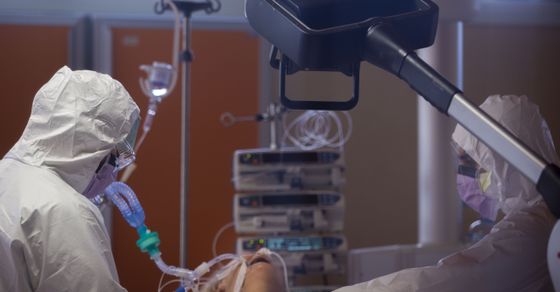 'Lockdown won’t extinguish coronavirus,' says WHO; asks countries to 'use this time to attack virus'

Even as almost all countries brace for the impending crisis, the World Health Organisation on Wednesday claimed that ‘lockdown’ alone will not be able to “extinguish the epidemic”.

The incident happened at a religious gathering convened to mark the nine-day Navratri festival, which began on Wednesday. The woman and 12 others were arrested.

 A motorcycle is being sanitised by volunteers, on the first day of the 21-day national lockdown to check the spread of coronavirus, at Dak Bungalow crossing in Patna on Wednesday. (Santosh Kumar/HT Photo)

Defying the Covid-19 lockdown, a self-styled godwoman, Maa Adi Shakti, refused to call off a religious gathering and brandished a sword when police personnel rushed to the site in the Mehwa Pudwa area of Deoria district in eastern Uttar Pradesh on Wednesday morning.

The so-called godwoman and 12 others were arrested after the incident, the police said.

The religious gathering was convened to mark the nine-day Navratri festival, which began on Wednesday.

Deoria Superintendent of Police Sripat Mishra said, “In the morning, we received a tip-off that a religious gathering was underway for Navratri and some people were doing faith healing there.”

“On reaching the spot, the police appealed to the crowd to return home, telling them that Section 144 (of the CrPC) was in force across the state. But the self-styled godwoman became aggressive,” he said.

“She refused to call off the gathering and started brandishing a sword to stop the police. The police then used force to disperse the crowd and arrested 13 people, including the woman and her husband. FIRs (first information reports) under relevant sections have been lodged against all of them and they will be sent to jail,” Mishra added.

The entire country is under 21-day lockdown, put in place after Prime Minister Narendra Modi announced it in his address to the nation on Tuesday.

The sweeping government restrictions affected trucks ferrying essential supplies and Indian Railways staff handling cargo operations as police within states and at borders restricted their movements. “Our staff across all zones are facing difficulties in reaching the terminals as they are being stopped by the local authorities. In many cases zonal divisional railway managers (DRMs) have had to call the police and ensure staffers are allowed. As transportation has not been provided, they have had to walk and some cycled,” a government official aware of the developments said on condition of anonymity.

In Delhi, serpentine queues could be seen outside Mother Dairy outlets. At many grocery shops, people were told that essential items were in short supply. Many could also be seen queuing outside gas cylinder agencies to purchase cooking fuel.

In five days, the number of Covid-19 cases has jumped from about 200 to 606, and experts say the number could surge if more people are tested. Five fresh cases were reported in the national capital in the last 24 hours. 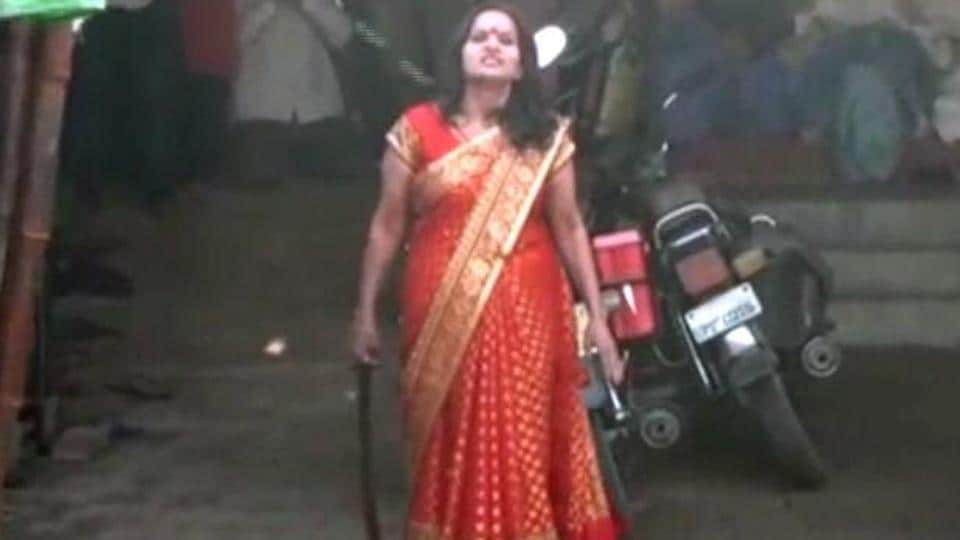 The incident happened at a religious gathering convened to mark the nine-day Navratri festival, which began on Wednesday. The woman and 12 others were arrested.

China hid the biggest truth from the world, not 3000 but 1.5 crore people lost their lives by corona!

China has not responded openly to many questions related to the coronavirus. Initially, many reports claimed that coronavirus was a biological weapon of China. However, China did not accept this.

Now seeing what has been claimed in a report, it seems that China has again hidden a truth associated with the coronavirus from the world. Hong Kong-based blogger Jennifer Jeng, based in New York, has revealed this.

He said that China's mobile company China Mobile Rekies said that in January and February, 8.116 million or 81 lakh mobile users of the company became inactive.

If these figures are added, 1.46 crore users disappeared. So are these users killed due to coronavirus outbreaks? Is China hiding anything from the world?

China has so far claimed to have only 3270 people to be dead, which seems baseless.

Even when the corona spread in China, China did not give information about it and hid it from the world. The first case of coronavirus in China was reported in November, but China told the world about it in December.

Earlier, a report of Tencent Company was leaked, in which the number of deaths in China was stated to be 24 thousand 589. It was said that this data was deliberately leaked by the employee working in Tencent Company so that the world can know the truth of China.

In the first week of February, some such satellite images of China's Wuhan and Chongqing cities have been revealed. Something is being burnt where the red is visible. A large amount of sulfur dye oxide gas was produced during that period, which is 21 times more than normal and experts believe that such sulfur dye oxide gas can be produced only when large quantities of corpses are burnt.

China hid the biggest truth from the world, not 3000 but 1.5 crore people lost their lives by corona!