Big Daddy said:
I would never forgive this PM because this is what social distancing looks like. His solution is worse than problem. Not locking down the country was better. PM is a fool.

Reason was this that UP CM was involved in propaganda :

Media Paid by Govt is not asking any questions.


SUBSCRIBE
According to a statement issued by the state government, Yogi Adityanath said that in the last three days, one lakh people have come to UP from other states.Their names, addresses and phone numbers have been made available to the district magistrates and they are being closely monitored. 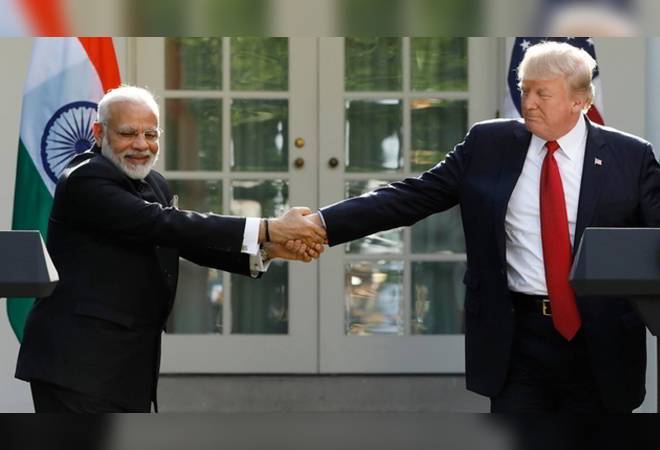 
The United States on Friday announced USD 174 million financial assistance to 64 countries including USD 2.9 million to India to help them fight the coronavirus pandemic. This is in addition to the USD 100 million aid announced by the US in February.
The newly announced assistance is part of a larger American global response package across multiple departments and agencies, including the Centres for Disease Control and Prevention (CDC). The funding is for 64 of the most at-risk countries facing the threat of the global pandemic.
The US State Department said it is providing USD 2.9 million to help the Indian government prepare laboratory systems, activate case finding and event-based surveillance, and support technical experts for response and preparedness, and more.
"This builds upon the foundation of more than USD 1.4 billion in health assistance out of the more than USD 2.8 billion in US assistance for India over the last 20 years," the State Department said.
According to United States Agency for International Development (USAID) Deputy Administrator Bonnie Glick, the new assistance builds on the US' record of global health leadership.
"For decades, the United States has been the world's largest provider of bilateral assistance in public health. The US has saved lives, protected people who are most vulnerable to disease, built health institutions, and promoted the stability of communities and nations," he told reporters.
In South Asia, the State Department is providing USD 1 million in health funding to help it strengthen monitoring and better prepare communities to identify potential outbreaks.

To bolster its national COVID-19 action plan, the United States has also redirected more than USD 1 million in existing funding for training of healthcare providers and other urgent needs.
It is providing USD 1.3 million to Sri Lanka, USD 1.8 million to Nepal, USD 3.4 million to Bangladesh and USD 5 million to Afghanistan to help them fight the pandemic.

Coronavirus pandemic: US announces $174 million aid to 64 countries, including India 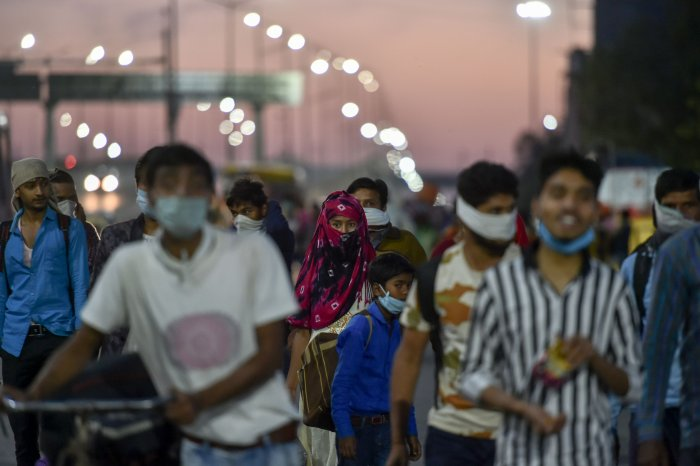 Migrants along with their family members walk to their villages amid the nationwide lockdown, in the wake of coronavirus pandemic, at Delhi Uttar Pradesh Border. (PTI Photo)


Throwing all cautions to wind a sea of migrant workers surged at the Anand Vihar interstate bus terminal in Delhi on day 4 of the 21-day Nationwide lockdown called by the PM as a device to combat the community spread of COVID-19.

“What do we do. More than Corona, it is a hunger that will kill us,” said a labourer in Noida, who is peddling his family to his hometown Badayun in Madhya Pradesh.

Ramdhani (35) from Barabanki in UP, a construction worker in Noida is not afraid of the impending dangers from the infectious virus. He is on the road since Wednesday, hoping to reach his village than die of hunger without work.

Reetika Khera of IIM-Ahmedabad said if the government wanted to lockdown, even for a day, it should have started by announcing relief measures first .

As the nation grapples with the world’s largest lockdown, lakhs of migrant labourers across the country have pressed the panic button, marching on Yamuna Expressway bordering Delhi and Golden Triangle in Maharashtra.

Yogi Adityanath government of Uttar Pradesh was forced to agree to deploy 1000 buses to send these people.

The reverse migration for cities in Bihar continued even as Bihar government directed the Resident Commissioner of Bihar Bhavan in New Delhi to coordinate with states like Delhi, UP, West Bengal and Odisha to ensure that the returning migrant workers, were provided with food and shelter right.

A group of around 225 migrants, including a young woman and her two kids - travelled some 2,000 km from Hyderabad Telangana to Bikaner (Rajasthan), in 60 hours in three containers.

“This section (migrant labourers) is the most vulnerable one,” said Patna-based eminent social scientist, Ajay Kumar.

Desperate to stall migration, Karnataka on Saturday ordered deputy commissioners to take over one convention centre or wedding hall in every ward within the municipal corporation limits to house construction labourers and migrant workers. The government also launched a hunger helpline 155214 for these returnees.

By then, however, several hundreds of migrant workers have already begun moving. Stranded in Maharashtra and Goa, hundreds of daily wagers were seen walking back to their natives at Sambra, Modaga road in Belagavi district.

Maharashtra and Karnataka police have detained more than 500 daily wagers from Rajasthan, travelling in disguise on a Rajasthan-bound container truck. It was stopped at the Karnataka-Maharashtra border.

In Maharashtra, four people died on Saturday night March 28 after a tempo knocked them down in the dark. A similar incident on Hyderabad’s outer ring road claimed six more lives.

Avinash Kumar, Executive Director of Amnesty International India says while taking necessary steps to battle the pandemic, it is equally important to keep the well-being of the vulnerable communities central to the policies.

In Tamil Nadu, a number of labourers who were trying to catch a homeward-bound train March 22, were lodged at various community centres in Chennai. In Kerala, the government opened 4,603 camps housing 1.44 lakh migrant workers.

In Telangana, where Hyderabad alone is estimated to have about 10 lakh such workers from various states like Andhra Pradesh, Bihar, Odisha, recorded incidents of hundreds trudging along the highways to reach their native places in the dead of the night.

Jagdish Roy, a migrant worker from western Assam's Kokrajhar said that nearly 400 workers like him from Assam and neighbouring Meghalaya are stuck in and around Padanthaza in Kerala since Kerala government asked everyone to stay indoors to avoid Coronavirus.

Migrant workers from West Bengal are also on a homecoming spree irking Chief Minister Mamata Banerjee, who said that many workers returning COVID-19 affected states have not been screened before being sent back.

Dr Rajbans Singh Gill from Centre for Public Policy and Governance said the lockdown has badly affected the marginalized communities due to work loss, lack of food, shelter, health, and other basic needs.

Read more at: Migrant workers in India on move as COVID-19 stalls world