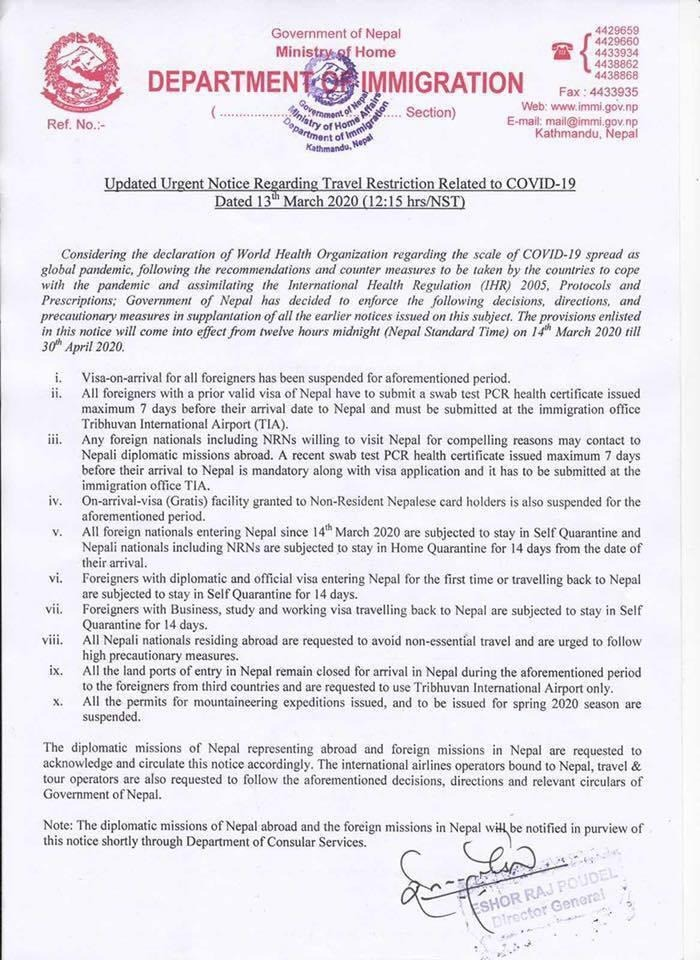 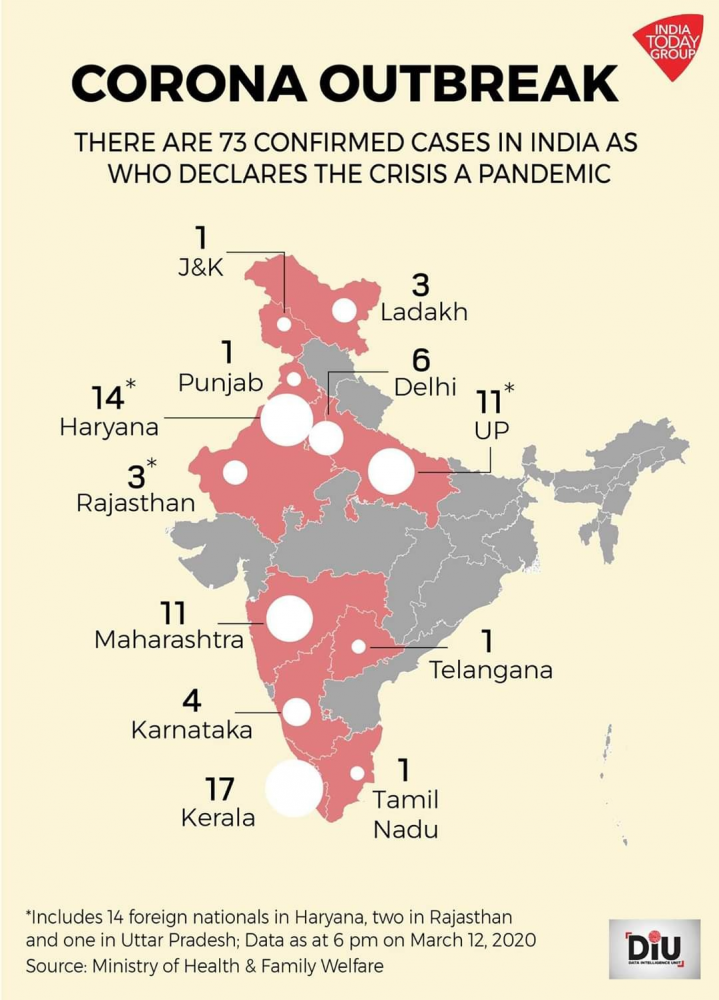 2008- Financial Collapse is going to kill us

The truth is FEAR is killing you....
Turn off the TV, pray, trust on yourself and God... and be take care of hygiene factors and
wash your hands again ! 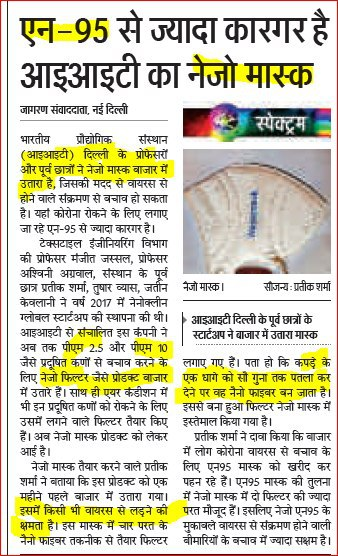 Founded by IIT-Delhi alumni and faculty, Nanoclean with its breakthrough nanotechnology-based application, wants to disrupt the pollution mask and filters market.
At a glance Startup:
Nanoclean Founders: Prateek Sharma, Tushar Vyas, Jatin Kewlani Year it was founded: 2016
Where is it based: New Delhi
The problem it solves: Manufacture affordable pollution filters
Sector: Health/Lifestyle
Funding raised: Undisclosed Prateek Sharma saw his mother’s asthma deteriorate due to increasing air pollution. This affected her everyday lifestyle and she was reluctant to use any face masks or nose buds filters because of the discomfort they cause. This got Prateek to think about developing a filter that doesn’t go inside your nose (like nose buds filters) and doesn’t cover your face (like a face mask). After joining IIT Delhi and learning about various technologies, Prateek got together with his fellow IIT-Delhi students Tushar Vyas and Jatin Kewlani to start Nanoclean. Nanoclean team The 25-year-old co-founders graduated from college in 2015-2016. Manjeet Jassal and Ashwini Agrawal, both professors at IIT-Delhi, are also part of the team, along with IIT-Delhi alumnus Sanjeev Jain, who is an angel investor in the company. The device, ‘Nasofilter’, looks and feels like a small strip of paper that one sticks just outside the nostrils, and it can eliminate 95 percent of PM 2.5 pollutants. Nasofilters can be used while sleeping as well. The startup has received Government of India grants under the schemes of Department of Biotechnology (DBT) and Department of Science and Technology (DST). It was also presented with the ‘Startup National Award 2017’ conferred by Ex-President, Shri Pranab Mukherjee, and an award money of Rs 15 lakh from Technology Development Board. Nasofilters are made by accumulating millions of pores on a unit area of a fabric. The team created Nanofibers by reducing thread diameter of a usual fabric by 100 times to achieve higher efficiencies to filter out pollutants, PM2.5, PM10, smallest bacteria (nearly 200 nm), dust mites, and pollen allergens. There is a minimal pressure drop while using this nanotechnology, and it means that Nasofilters do not give any breathing discomfort to the users. Nanoclean collaborated with IIT Delhi for advancing the technology. The startup now holds lifelong exclusive rights to commercialise this technology. It can be used in many other applications in various domains of air and water filtration. The technology can also be used in various conventional and non-conventional applications in the domain of air filtration. The team is working on making appliances reduce indoor air pollution. Using the nanofilter membrane, the startup plans to produce room curtains, window shields and door nets which would only allow pure air to come inside. Besides, the nanofilter membrane can be used in water filtration applications. Nanoclean has two manufacturing units in Ahmedabad and Noida, which are being used to manufacture and assemble Nasofilters. Setting up another facility in South Korea is in the pipeline with support from the South Korean Government. Last year, the South Korean government recognised Nanoclean as one of the ‘Top 25 technical startups of the world’. In a short span of making Nasofilters available for sale, the startup has received pre-orders of nearly half a million Nasofilters. The filters are available on the startup’s website in packs of 10 which cost Rs 98.2; they come small, medium, and large sizes. The demand is high for such affordable products especially in a polluted city like Delhi. The company is also receiving online orders from various parts of India on its website and the filters are available on e-commerce platforms such as Amazon. They will soon be available on online grocery and daily essentials company Bigbasket. Sign up for Newsletters Check out our popular newsletters and subscribe Nanoclean ran a campaign called “GiftPureAir”, in the month of November (peak of pollution season in North India), and gifted around 50,000 Nasofilters to Delhiites. The campaign created a lot of buzz on social media and the team received valuable user feedback for the product. The team has also donated the filters in economically-backward areas of Delhi. Many North Indian cities and towns have been ranked as some of the most polluted in the world. Most of India’s urban population is subjected to poor air quality which might result in long-term implications, especially among children. While long-term efforts to reduce pollution might take time, products such as Nasofilter hold promise for providing affordable solutions.

This thing is not going to die that easily because it lives outside human body for 9 days. Hand washing will minimize risk but you are already spreading it by touching surfaces and it will be picked by someone else or even you after washing your hands.

However, no need to worry. The death rates are about 2% so odds are in your favor and if you survive about a year then vaccination is coming. 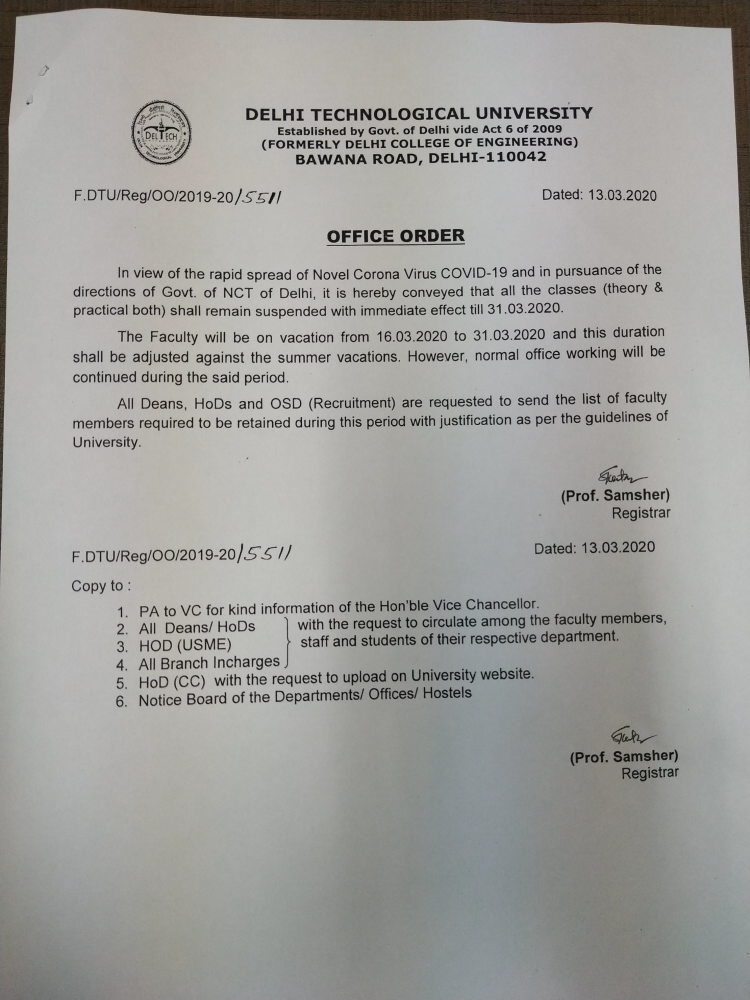 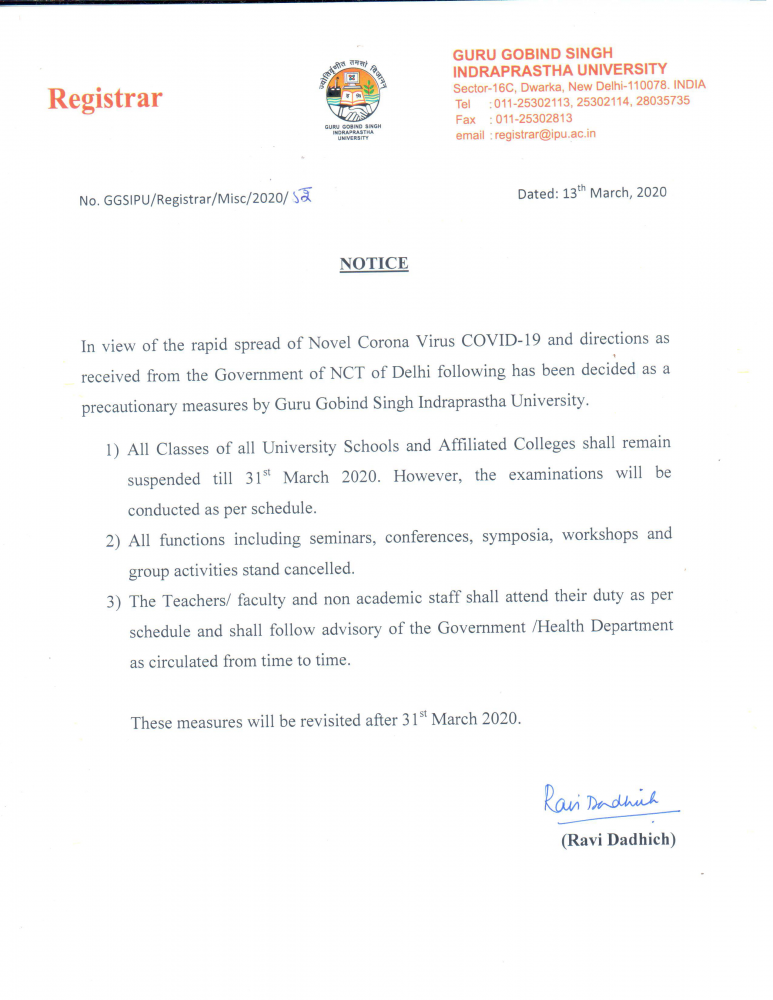