Day Bengaluru gave me more than I could ask

Business trips, I rarely go on those. Well, hold on, I do them all the time, for travel is my life, passion, meditation, escape and work; so each trip is in a way business trip and this was no different.

I booked my flight tickets late in the afternoon on 19th, as I had to be in Bengaluru for something important and it was a last minute thing. I didn’t look up how I was going to travel once I reached Bengaluru or what I was going to do once I got there. In a way I didn’t really care, for this was just a day long sojourn and I knew I wasn’t going to get much if any time for sightseeing.

3am on 20th, I was in a taxi heading for the airport to catch my 6am Spice Jet flight to Bengaluru, only grouse was that the flight would be taking off from 1D, instead of T3 which I love. Reached airport with plenty of time to spare, got my boarding pass and then just sat there thinking in the airport lounge. Around boarding time I proceeded to Gate no 13 and once I got off the bus which took me to my flight, I was really surprised to see a Czech Airline plane standing in front of me, instead of a Spice Jet one, complete with Czech crew, with only couple of Indian Airhostesses! I got an aisle seat, sat on it for a moment wondering whether I was on the right plane or not, I guess this is outsourcing in airline terms and thankfully I was on the right flight. There wasn’t much to do on the flight except write a little bit, before landing at Bengaluru airport couple of hours later.

I had heard that Bengaluru Airport is quite a bit away from the city, so I decided to take the bus instead. While all the drivers seemed extra helpful and eager to get people to board their buses, none of them it seemed knew how to get to Cunningham Street. Finally got my answer and boarded a bus, which was supposed to drop me couple of stops before Cunningham Street.

During the bus journey, I was really lost in thoughts, well in a way I was, but more than thoughts they were memories and at times trying to figure out where I was.

Bus finally dropped me at Chinmaya Mission Hospital Road in Indira Nagar and a quick check of Google Map revealed that Cunningham Road was around 7 km from this place. Initially I had thought about just walking couple of stops, but now that I knew what the distance was, I decided to call an Uber cab instead. Half an hour later, I was at my destination.

After completion of work and a quick breakfast in form of cold KFC burger, I was left with plenty of time to kill and no idea what to do next. So out came Google Map and a quick search revealed National Museum of Modern Art was around a kilometer from where I was at. Perfect I thought and started walking towards the museum, hoping to see some art and learn from it. After a walk in the hot midday sun, I was at the beautiful and sprawling museum, paying Rs. 20 for the entry ticket (no photography allowed inside the museum). 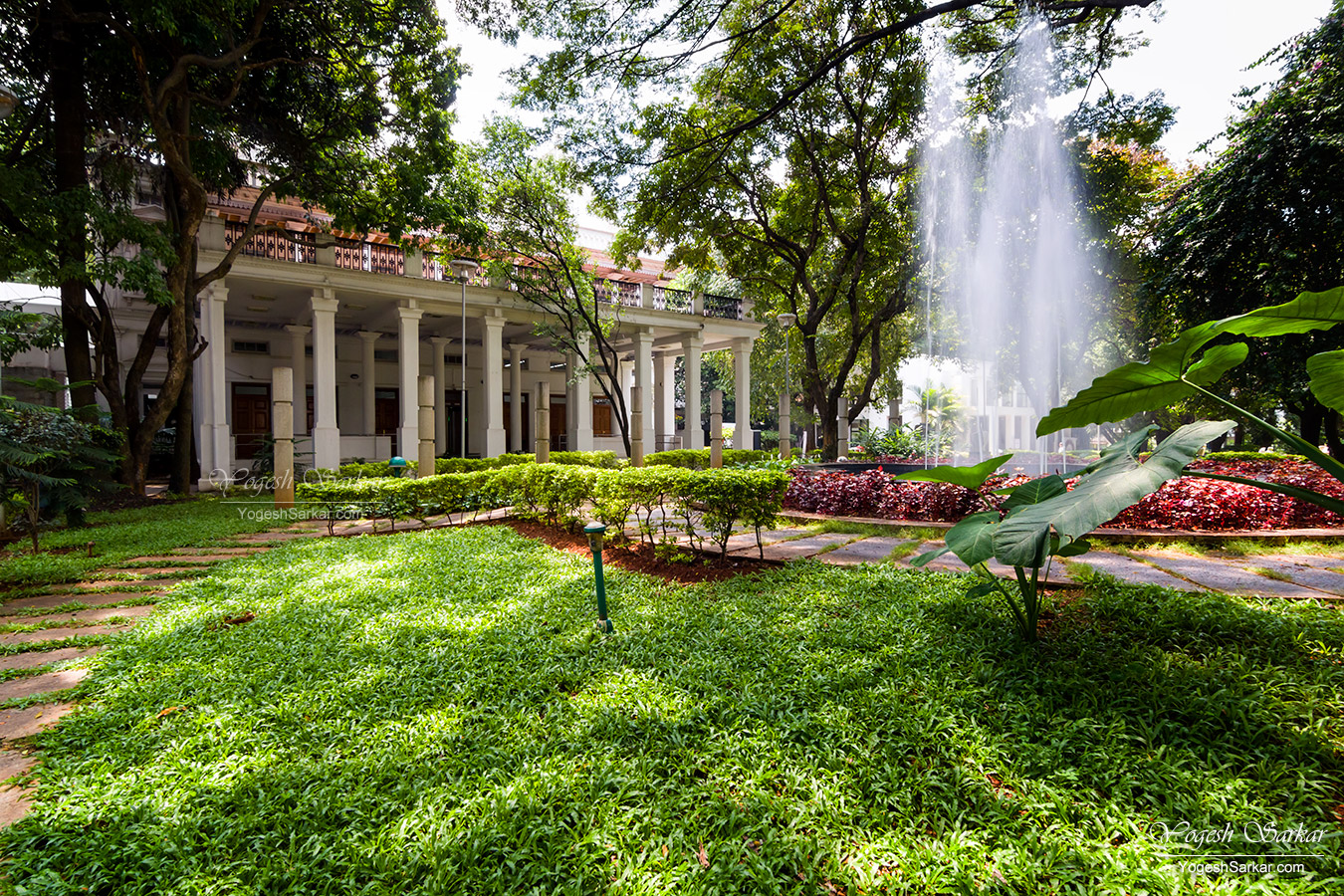 Once inside the museum I was guided by security guards from one room to another, they did it for everyone to ensure everyone was walking in a proper format and thus not missing out on anything. I found this quite courteous and amazing.

Paintings began from the Mughal era and went right up to the current years, including a few photos by Raghu Rai. The most life like painting was by Raja Ravi Varma, it was the first time I had seen his work in person and his painting taught me more about portrait lighting than any how-to video I have seen till date.

However, Rabindranath Tagore’s “7 figures” was the most soulful and emotional painting I have seen till date, capable of bringing tears to one’s eyes, if we actually tried to understand the scene painted by Tagore and it had just that effect on me. I stood there, looking at that painting for over 10 minutes and when I was done exploring rest of the museum, I went back and stood in front of that painting for another 5 minutes.

Funnily enough, it wasn’t the maximum amount of time I spent looking intently at a painting, that honor belongs to 3 different paintings by Chandraguptha Thenuwara; whose work was more in depth and full of mystery than I have ever seen. You wouldn’t notice the minute aspects of it, unless you looked intently enough with an open mind and sure enough if you did that, a whole lot more than just shrubs, thorns etc. revealed themselves and made the painting more meaningful than you could have initially imagined.

There was a lot more art there then I could describe on this page, it is better to go visit the museum than hear it from a naïve like me and for cricket fans there is also exhibition going on till 31st August on the career of Sachin Tendulkar, though I found it too industrial for my taste.

After National Museum of Modern Art, it was time to look for more places to explore and Google Aunty pointed me towards Bengaluru Palace, which was around couple of kilometers from the museum. So I stared walking again, only cursing myself for not buying a bottle of water, as I kept feeling thirsty en route.

Bengaluru Palace is quite modern in design and looks more like a Colonial Palace than an Indian one; nonetheless it is a treat for photographers, so I got ready to photograph it. Little did I know the price I would have to pay for that! 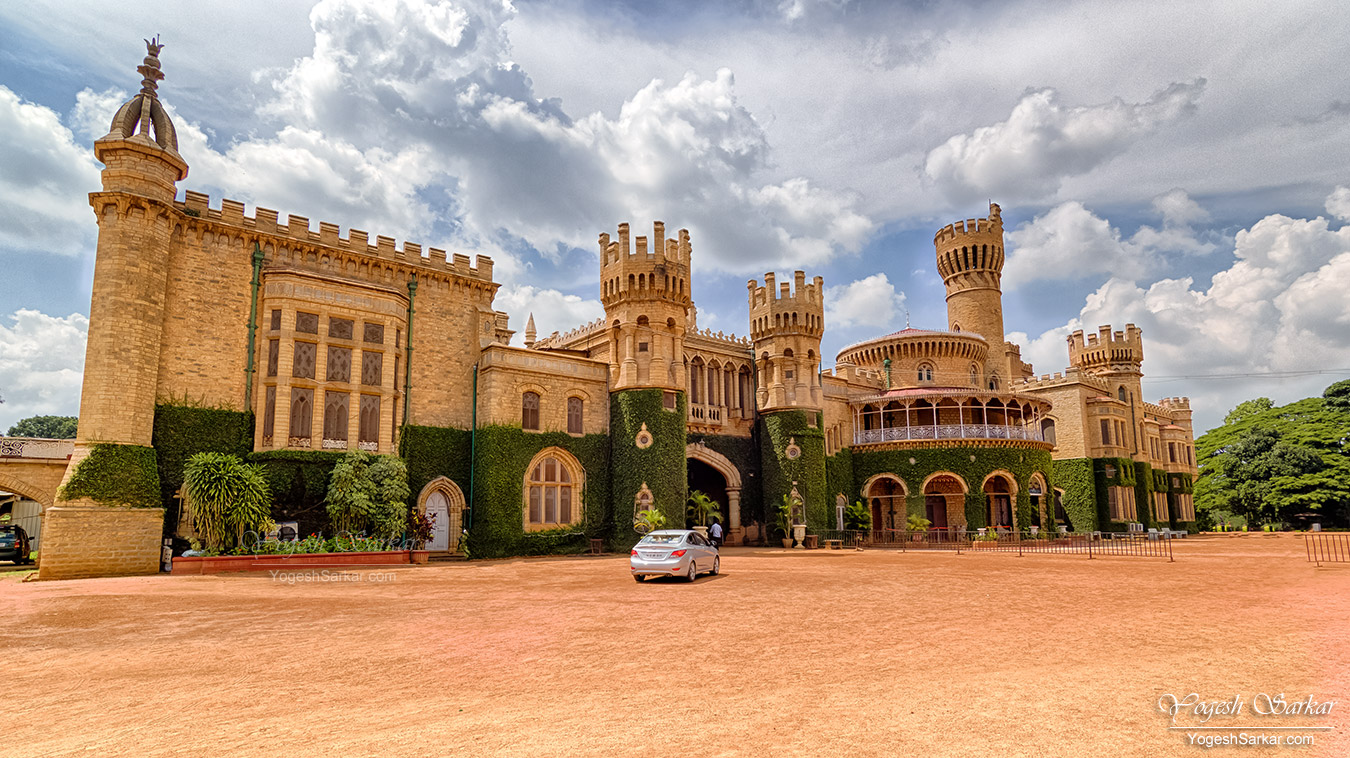 Yet another travelogue from you, and again wonderful .

SpiceJet operating with Czech Aircraft with Czech pilots could be because of wet lease, which comes with pilot and other staff.

Ah, ok. I didn't knew that, but still it seems fairly strange and in a way foolish, as branding is a key part of any business.

Yogesh Sarkar said:
Ah, ok. I didn't knew that, but still it seems fairly strange and in a way foolish, as branding is a key part of any business.
Click to expand...

Even I didn't know that SpiceJet has aircraft on wet-lease, until you mentioned this in your log. If the lease is for a shorter duration, airliners wont re-paint.

But more than that, we are interested in knowing what happened at Bangalore Palace during your photography session?

never ever give up

Travelling is carving a storyteller out of u.
Nicely penned down,script!

Nice @Yogesh Sarkar next time when you come to Bangalore please do let me know in advance or atleast message that you are in town...

@prajan76 would try and do that next time around.