Spiti in winter – this is what I and Kashish aka [MENTION=14264]mindless wanderer[/MENTION], set out for in late December 2013. Spiti in winter is closest resemblance you can get to Ladakh in winter without flying in to the Ladakh capital. Weather permitting and some skills behind the wheels can see you touch base in Kaza. We felt that we could make it as we were able supported by mighty Thar on this endeavor.

However, circumstances led us to Uttarakhand instead (http://www.bcmtouring.com/forum/travelogues-north-india-f61/christmas-like-never-before-himalayas-call-again-t57158/). Christmas trip to Uttarakhand was fulfilling however, we hardly found snow for which we had set foot in Himalayas. Western Disturbances has eluded Uttarakhand while it inundated neighboring Himachal.

Spiti in winter was still an unfinished business.

We started thinking of Spiti as soon as we finished Uttarakhand trip. Most of the actors from the Uttarakhand journey were up for it. March last week was the choice for the journey. The participants list kept on growing by each passing day so much so we had to take three SUVs making it a convoy which could have taken the whole town of Kaza by surprise. This posed a huge logistical challenge for us especially for making arrangements of stay in Kaza. But as it happens with most of us few people backed out pretty soon, bringing the group to a manageable number.

Friends, I think I got carried away by this Spiti talk. I would do well to remind myself that this travel log is not about Spiti at all. We targeted Kinnaur. In fact, March end Spiti journey did not happen at all. Kashish got a job offer from Kuwait and he was expected to join after Holi.

Kashish had this burning desire to head towards Himalaya one more time before he leaves India. Again a plan was hatched with Spiti being an outside possibility. The time-window available to us was insufficient to safely do a Spiti sprint. Again the group was formed with some familiar faces from Uttarakhand trip viz. Deepak and Anand, bolstered by [MENTION=12472]anubhavt[/MENTION], Rahul - another friend of Kashish who had accompanied us for a frozen Ladakh trip in January 2013 (http://www.bcmtouring.com/forum/travelogues-north-india-f61/ladakh-winter-seven-days-frozen-bliss-t50738/). Another acquaintance of Kashish joined in making it a group of 7. Phantom was rested for this journey. The steeds for this journey were Deepak’s Safari and the newly acquired Pajero of Kashish.

To make most of the day time available, we decided to start the journey in the evening itself. On 27th February, we decided to assemble at Karnal bye-pass. Meeting time was around 8.00 pm. I met Anubhav at his home and we both were dropped by Anubhav’s brother at bye-pass well in time. However, we could officially start the journey by 10.30 pm only as it took time for the entire group to assemble at the designated venue.

The journey had begun. A fuel stop for journeymen at Murthal was preceded by a fuel stop for the vehicles. Next halt was at McDonalds at Zirakpur. We covered good miles between Zirakpur and Shimla while the mountain towns were in deep slumber. By the first light, we crossed Shimla and encountered snow on and around the roads at Dhalli. Just ahead of Kufri we found thick carpet of snow on the road. Vehicles were skidding and blocking the road. An HSRTC bus came to halt in front of us breaking our momentum as well. It took few minutes for the bus to retrieve thereafter we too were back on road. It was almost 7.30 in the morning it was time for hot tea and other morning necessities. We stopped by Apple Blossom, an HPTDC property at Fagu to check for tea. Only tea was available, which was more than welcome as the weather was turning up nasty. We completed our morning ablutions while the skies opened up and started snowing. It was time to hurry up lest Narkanda may get out of bounds.

#1 the newest steed in the stable 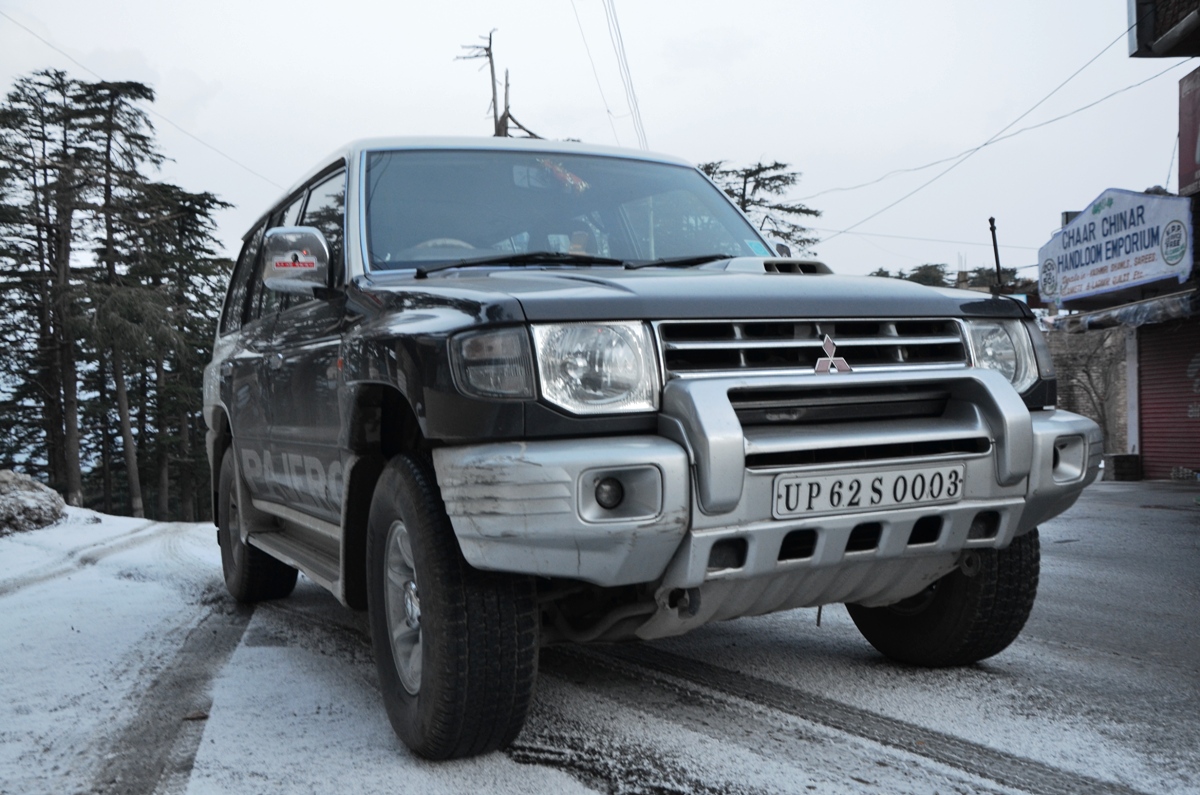 #2 snow was apparent on the road after crossing Shimla 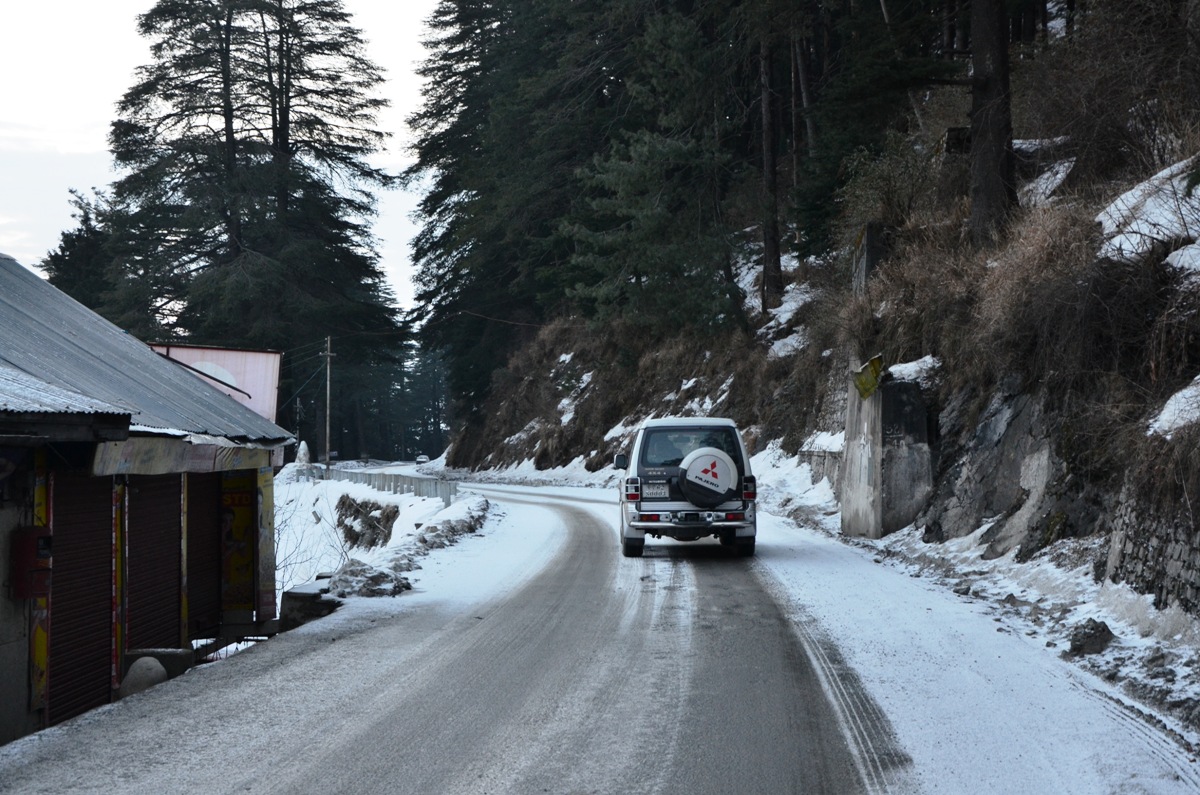 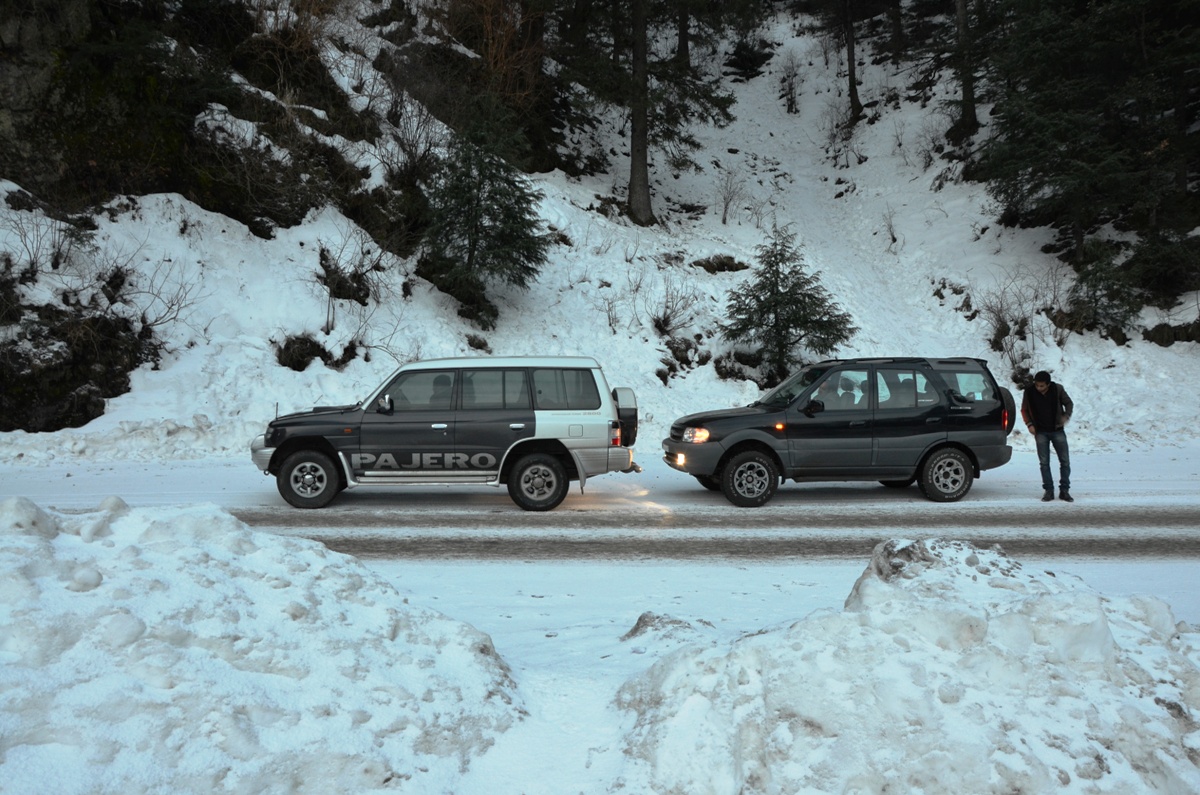 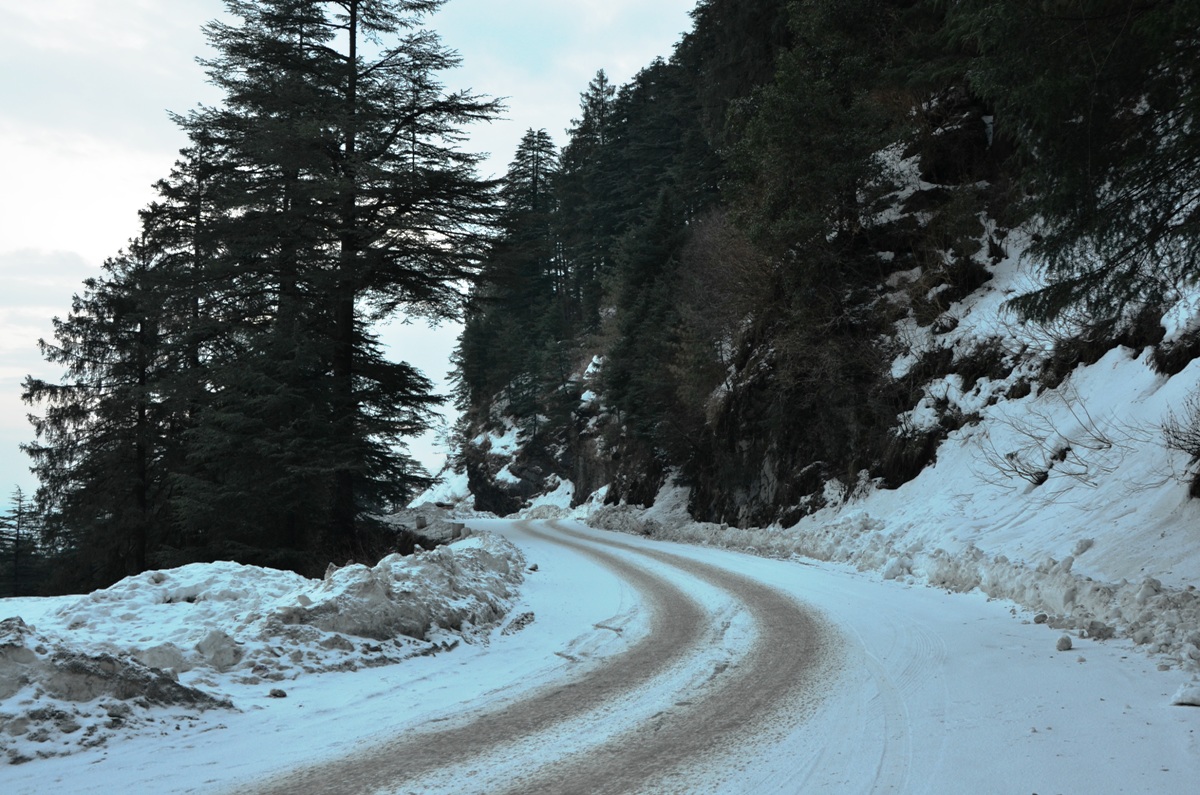 #5 birds eye-view of the roads ahead 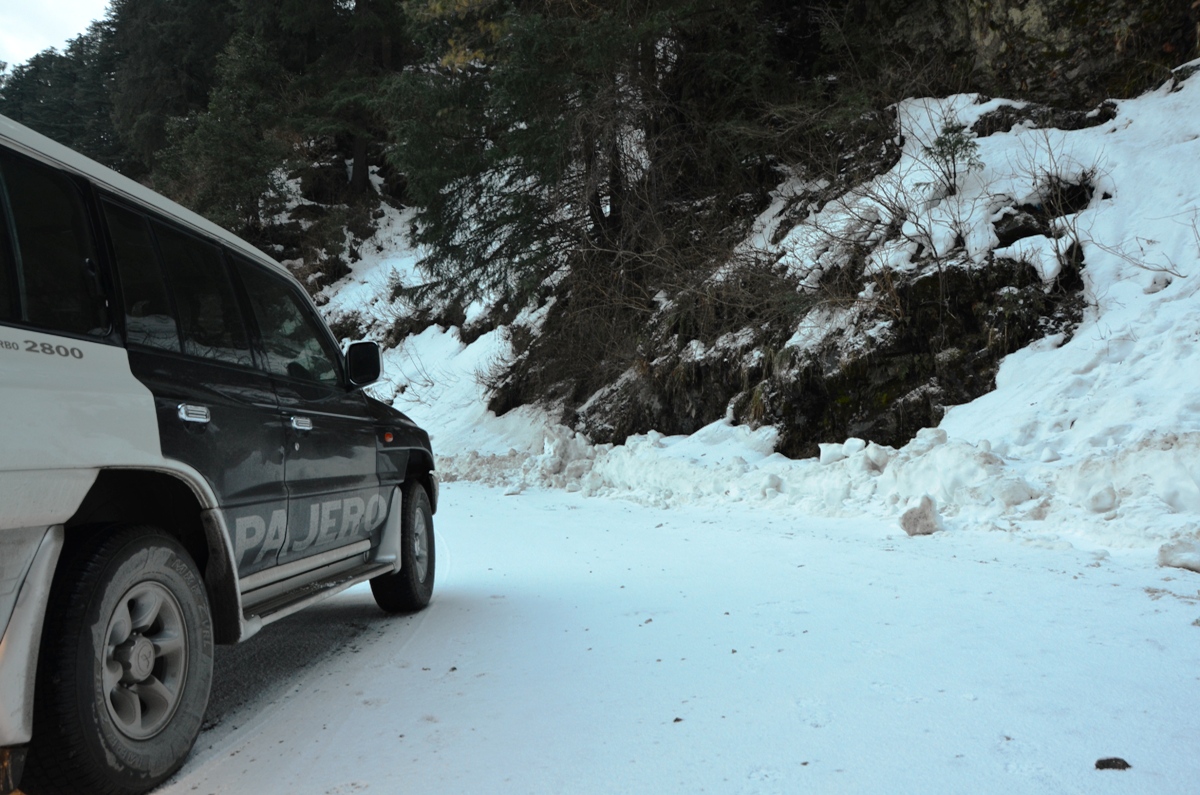 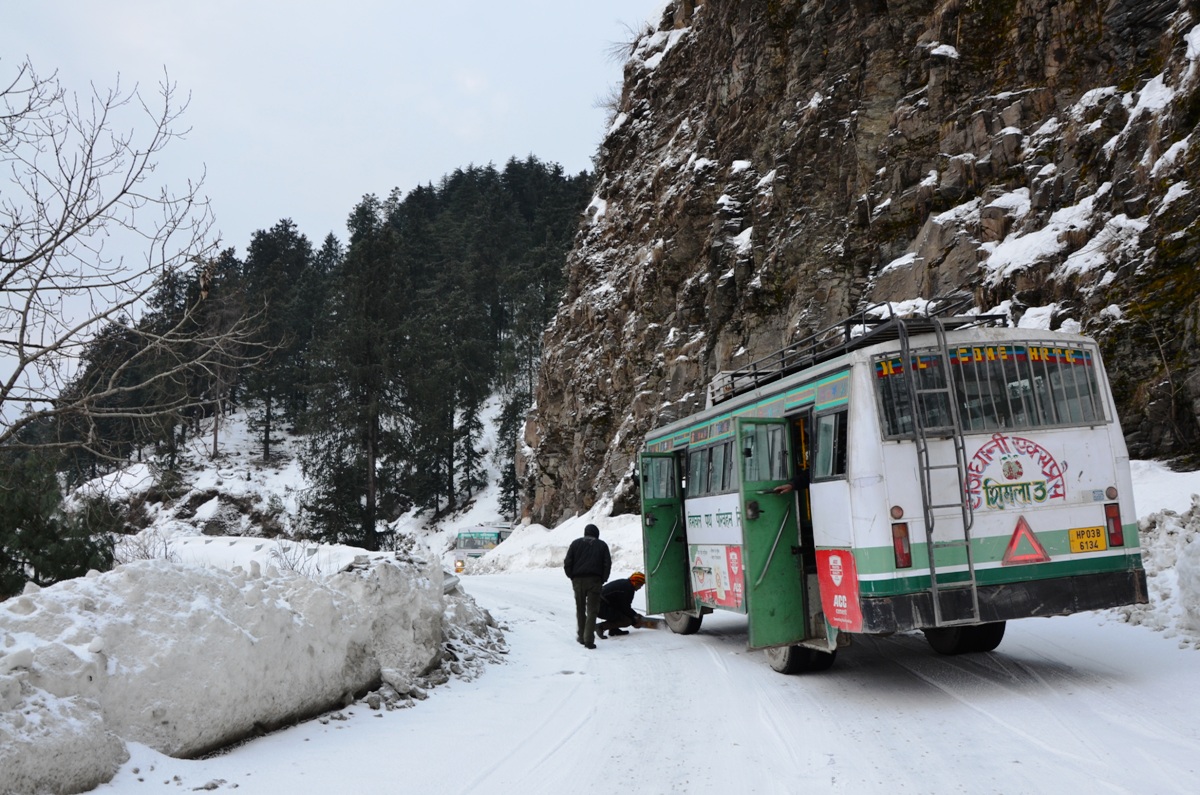 #7 Anubhav got the shovels out 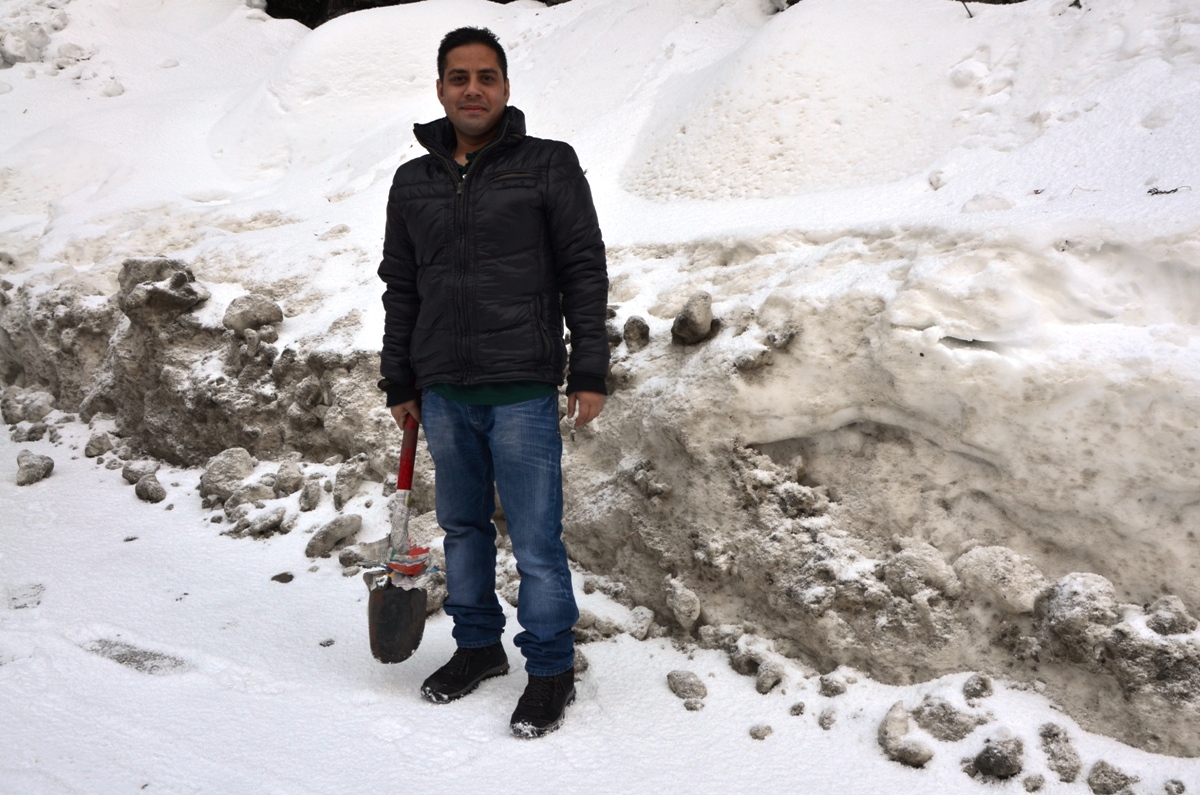 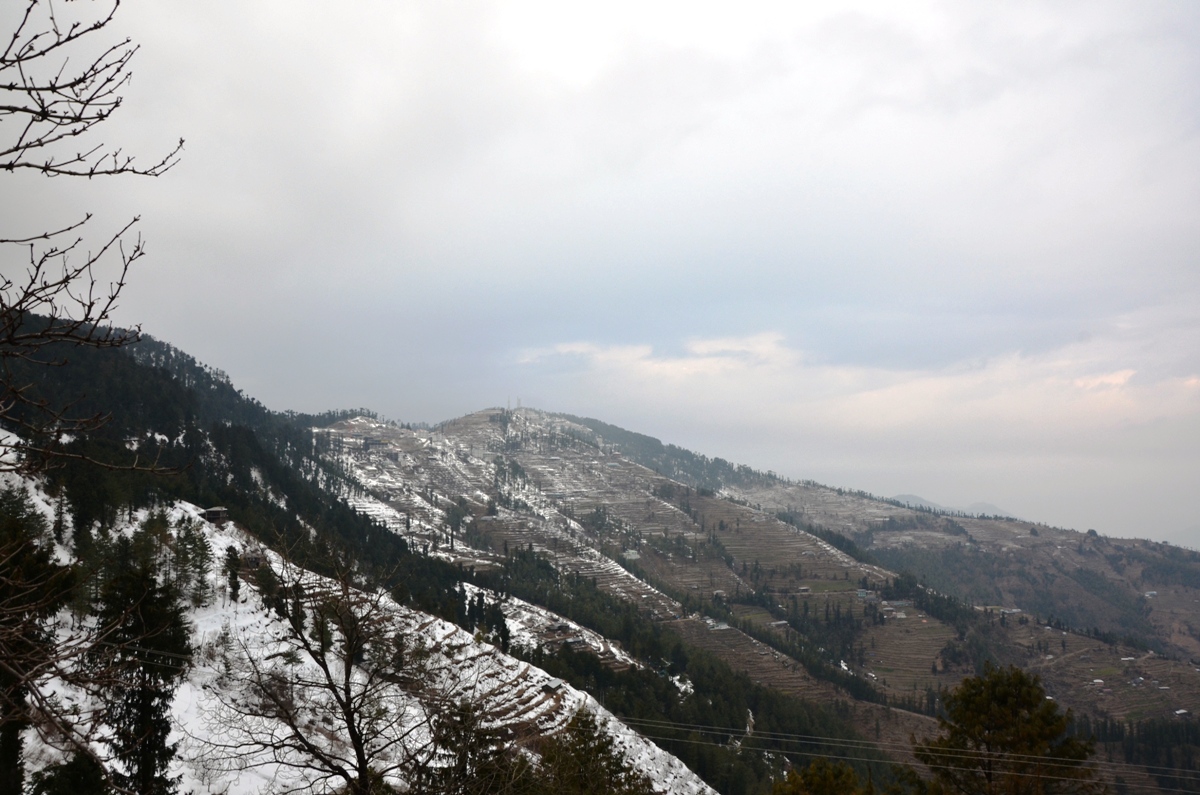 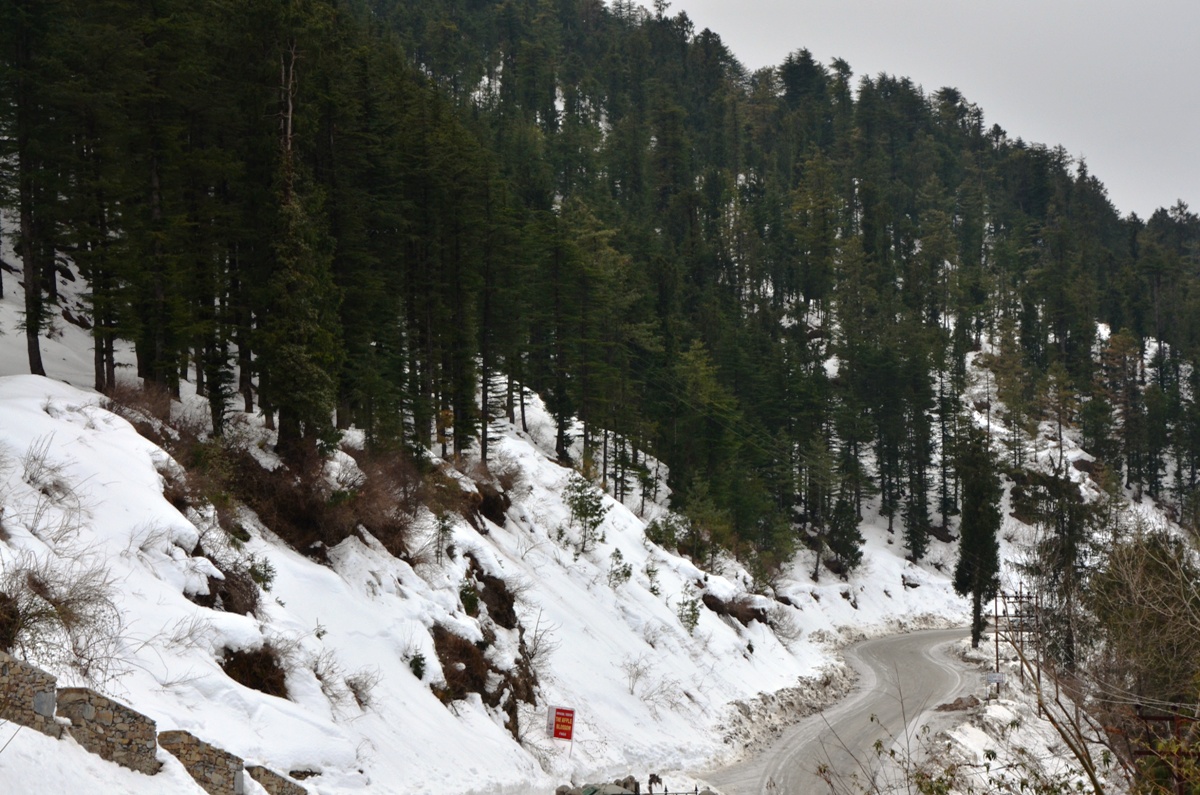 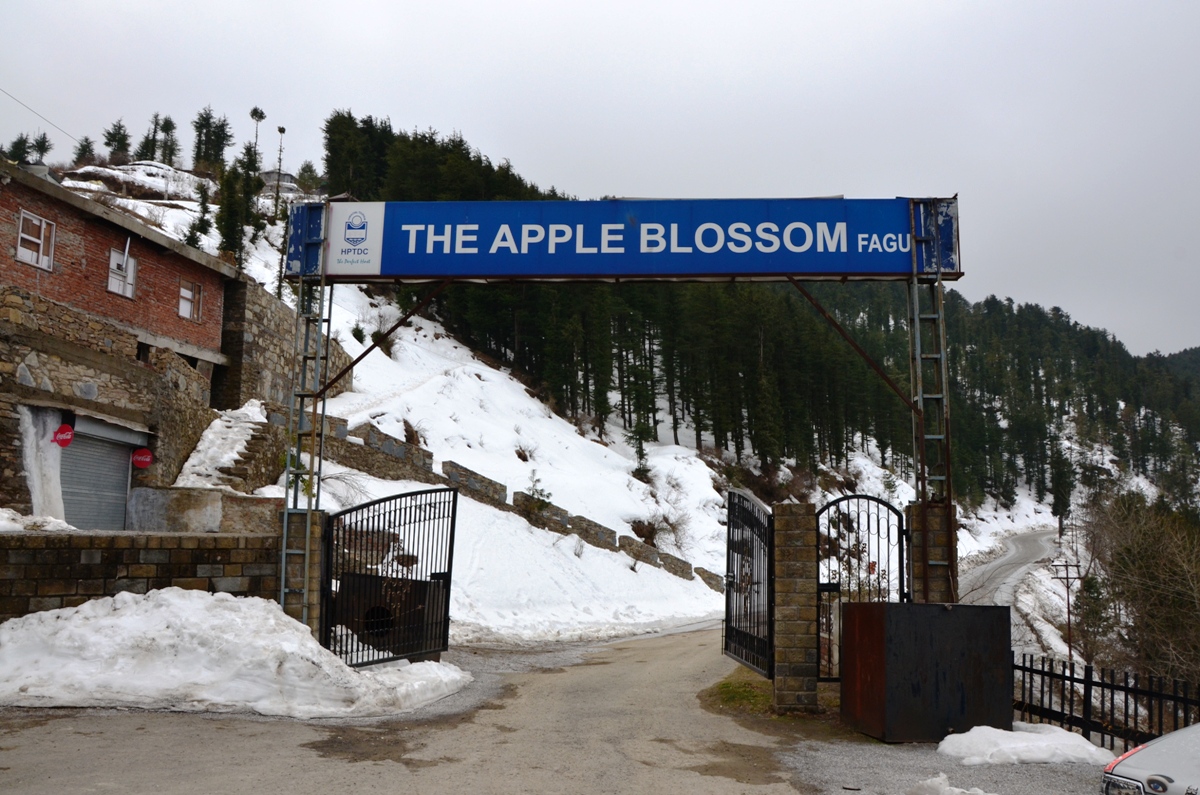 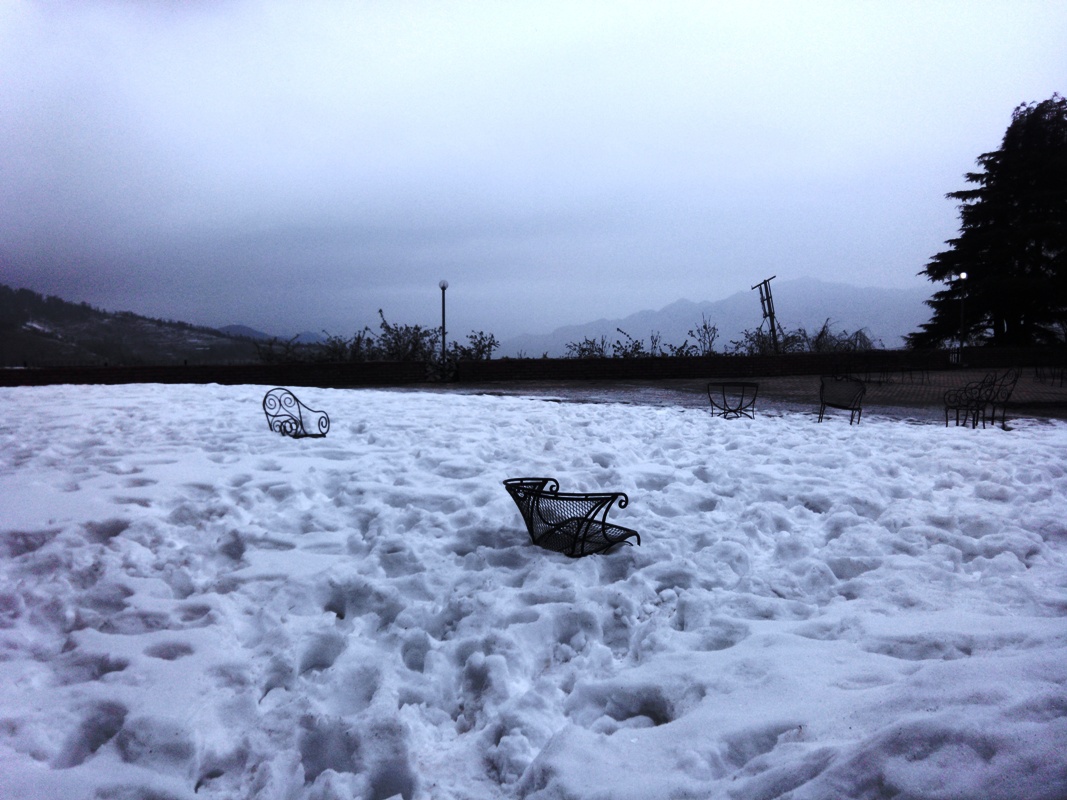 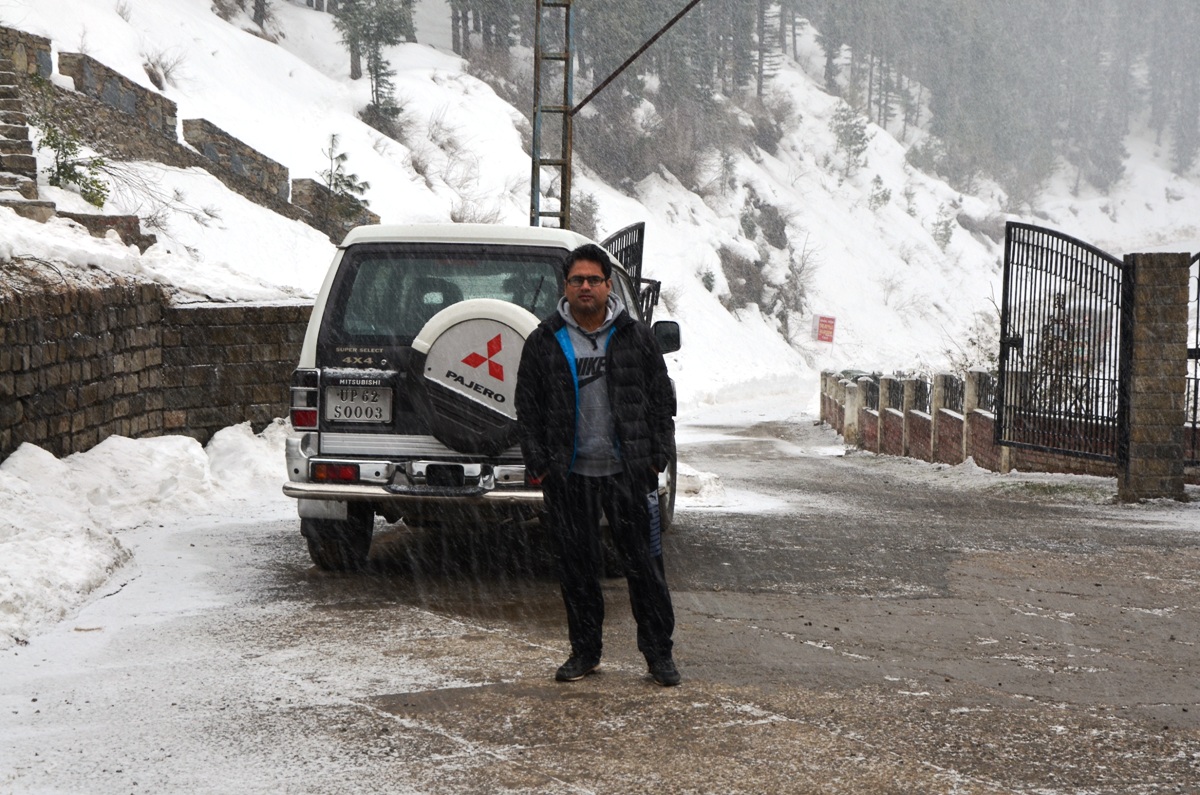 #13 it got heavier by each passing minute 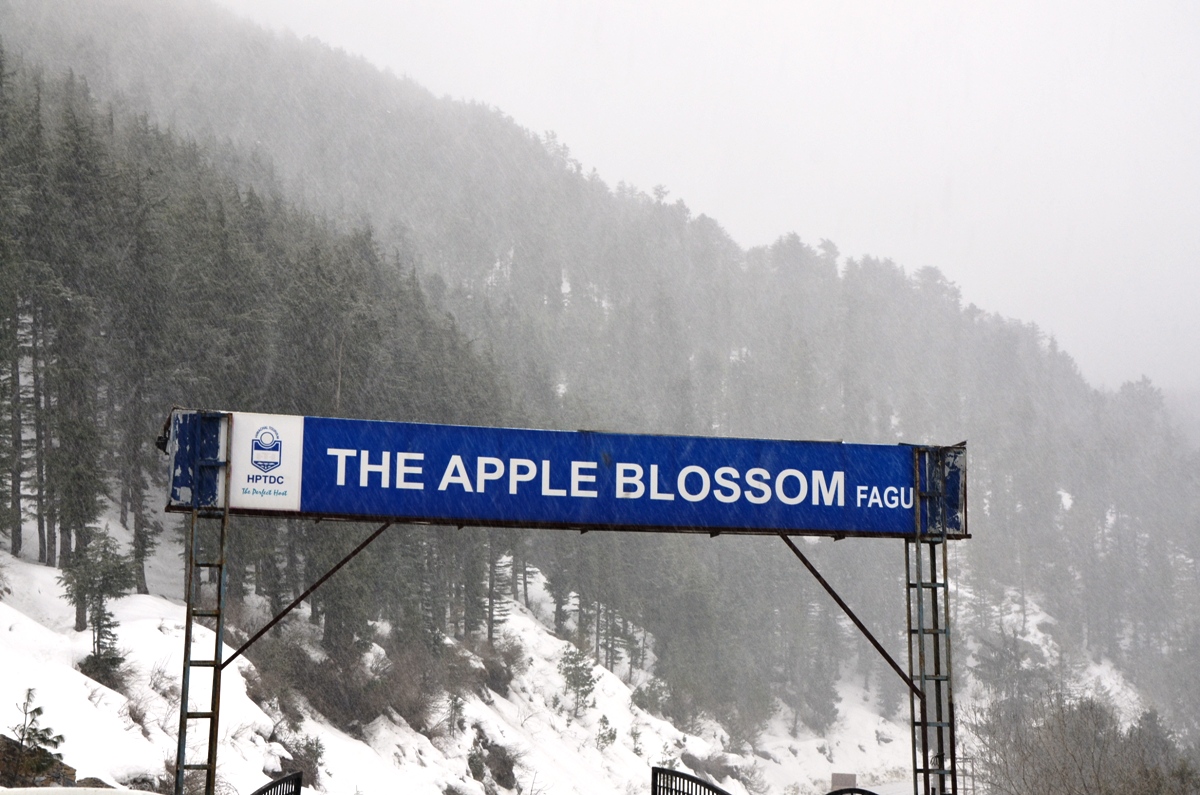 Wow what a log
cant wait rolling down the picture perfect
superb photography, narration
waiting for more and more to come

Staff member
This was much awaited.
Wonderful start.
Anubhav with Shovel, LOL.
R