Dudhwa. The land of grasslands, swamps and tall sal trees. Renowned for its rich fauna, including swamp deer, Indian rhinos and huge tigers. And for the conservation efforts of Billy Arjan Singh, who was somewhat of a tiger himself. Frederick Walter Champion, the pioneer of wildlife photography in India, and an inspiration for Jim Corbett taking up a camera, spent a lot of time in these forests of erstwhile Oudh, taking some iconic photos.

Dudhwa is home to 38 species of mammals, 400+ species of birds and 16 species of reptiles. Contiguous to Royal Bardia National Park in Nepal, Dudhwa National Park is located in the Terai region of Uttar Pradesh, in Lakhimpur Kheri District, and covers an area of 490 sq. km, with a buffer zone of 190 sq. km. Originally established in 1958 as a wildlife sanctuary for swamp deer, Dudhwa became a national park in 1977, and later Dudhwa Tiger Reserve was formed in 1987, comprising Dudhwa NP and the adjoining Kishanpur and Katarniaghat Wildlife Sanctuaries.

Dudhwa had been on my ‘to visit’ list for a while. I do many x000 km roadtrips, and always thought that someday I would drive down from Bangalore and experience Dudhwa as an appetizer, while Corbett would be the main course. But this time when I got a chance to visit the park with a few friends, I jumped at the opportunity even though it meant flying down to Lucknow and then hiring a vehicle. While I kept my hopes in check regarding mammal sightings (wrong time of the year), I was looking forward to the mist, dew and soft November light that I could expect to encounter.

I took a night flight to Lucknow. Early next morning we started for Dudhwa. We were traveling in an Innova that had done more than 2 lakh km, one couldn’t make out (hint: I drive a Toyota). Traffic was crazy, as was our driver. He kept honking like mad, expecting people, cows and other vehicles to jump out of his way. Often we scraped past an old person or a cow or a truck with 2 inches to spare. Not a good start to a trip that was supposed to be ‘relaxing’

I took the Sitapur – Lakhimpur – Palia Kalan route to reach Dudhwa. Four years back, on the way back from Kumaon, I had driven on the Philibit – Gola – Lakhimpur – Sitapur – Lucknow stretch. The roads were emptier then.

The sun rises through the mist. Shot from a forest rest house surrounded by grasslands 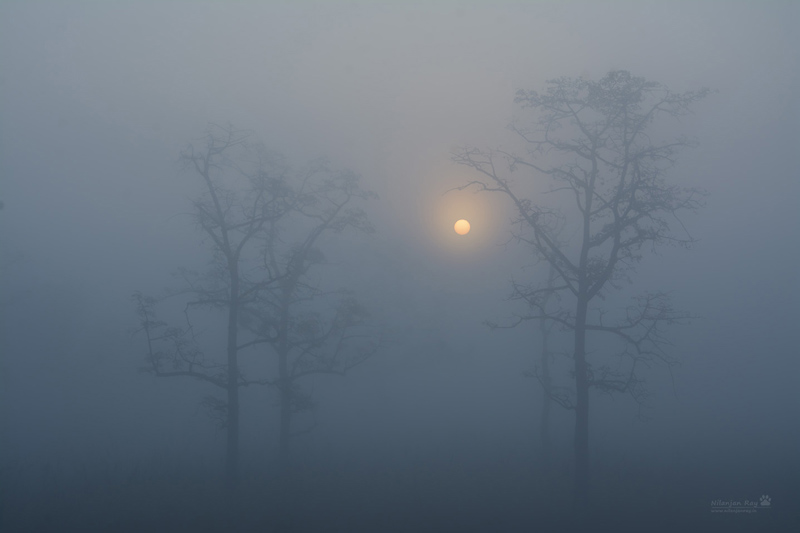 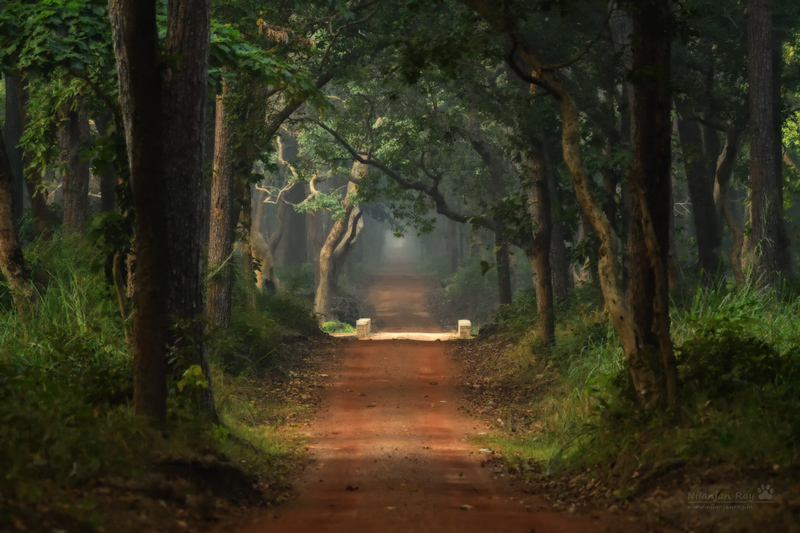 Sunset behind a stalk of Kans grass. Shot during a walk. 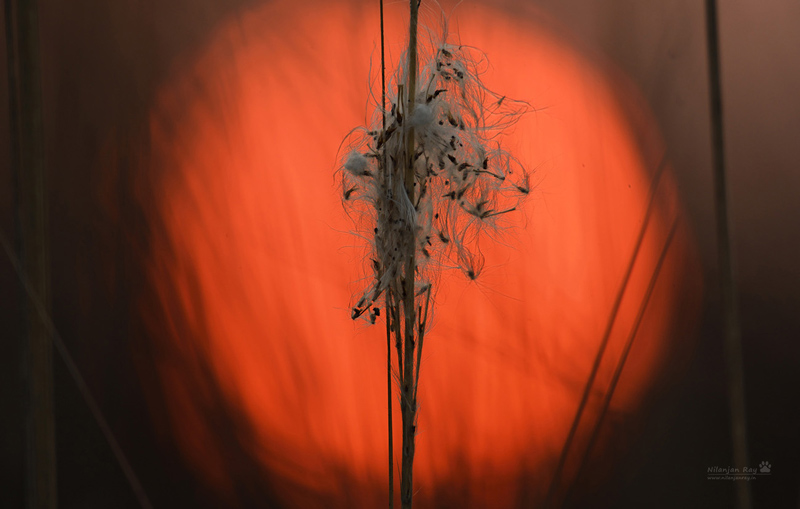 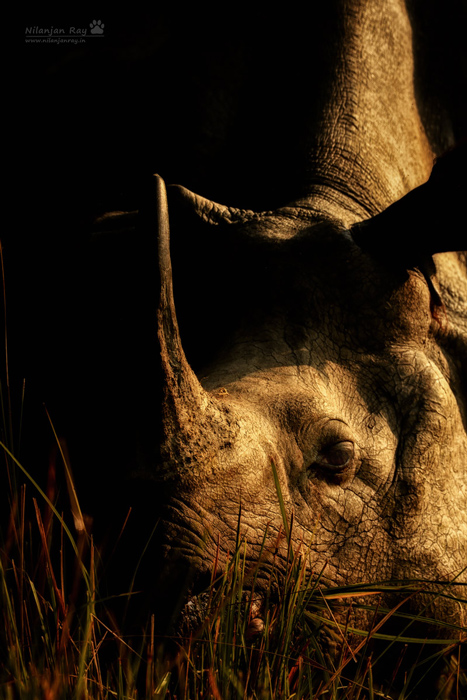 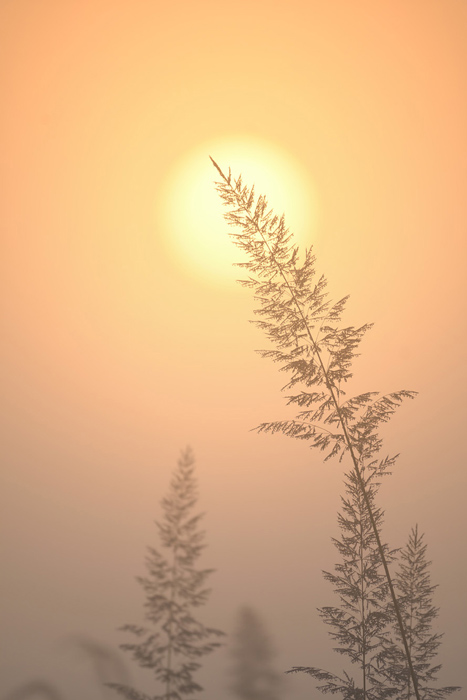 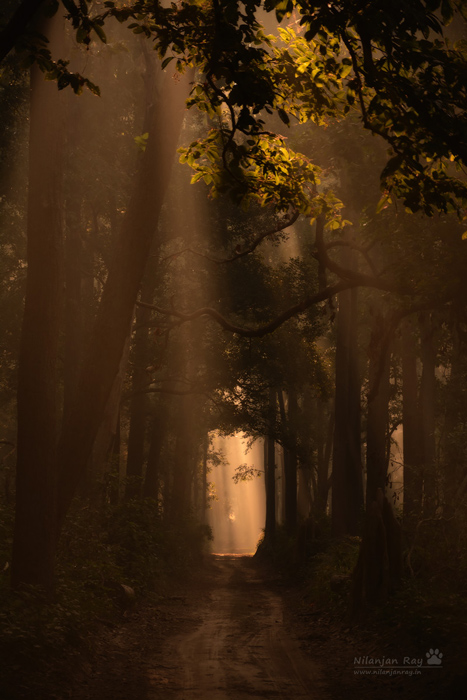 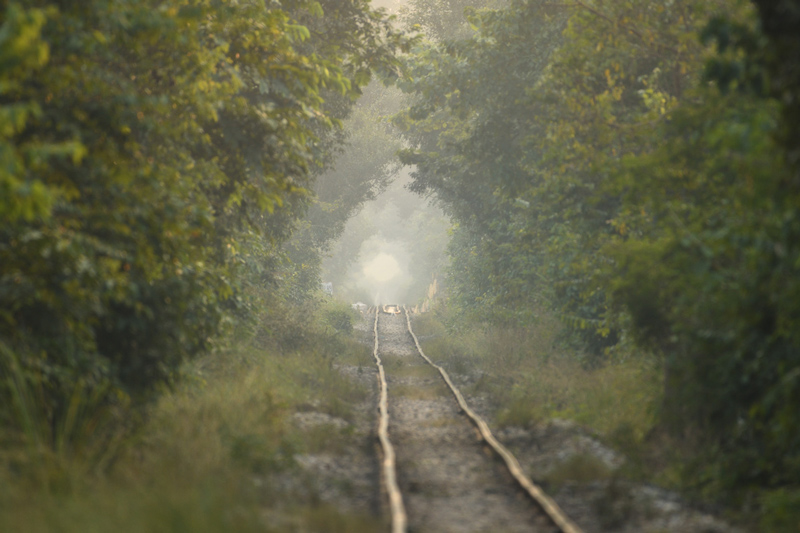 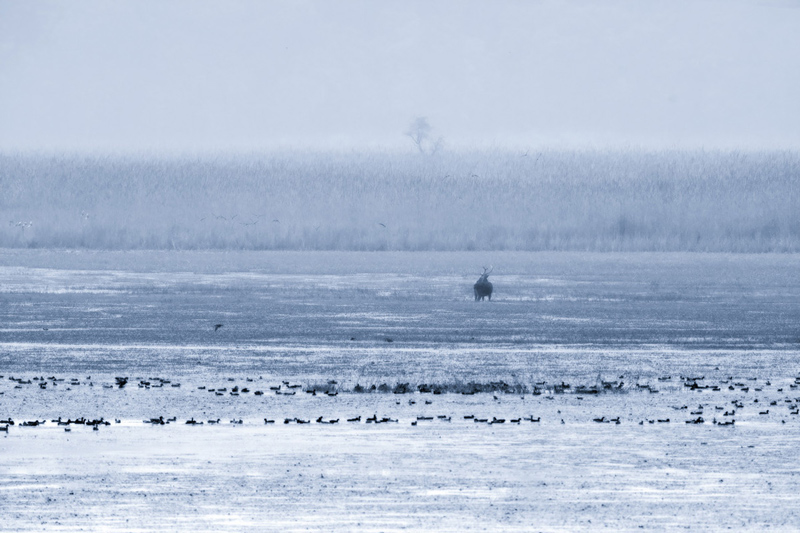 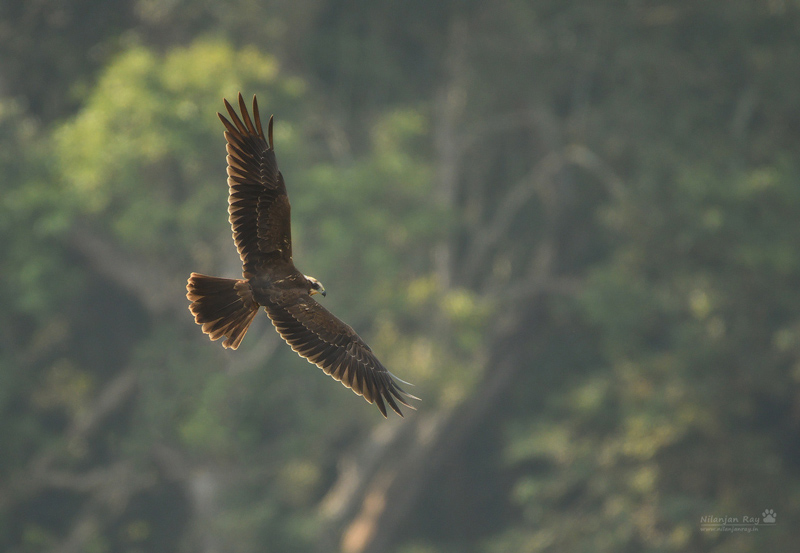 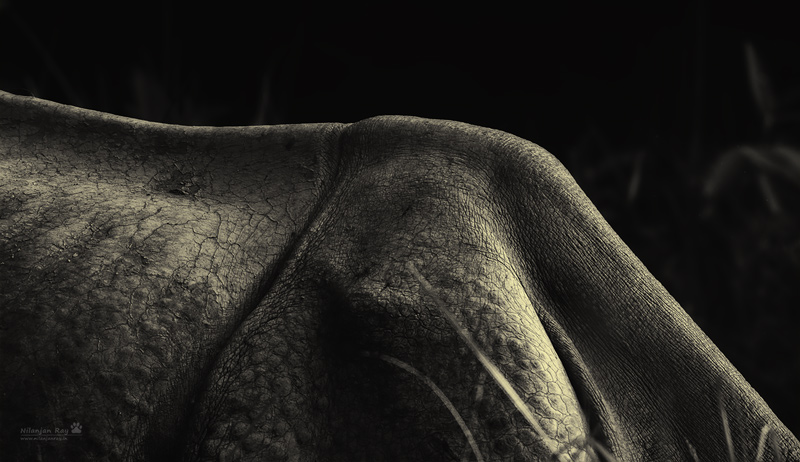 The pics are like fine art paintings. The forest road and the rhino closeups are amazing!

e spent the first few days at a tourist complex right beside the forest entry gate. Shot a few interesting sunset photos during a late afternoon walk. The forest guards told us that a tiger is sighted regular behind the tourist complex. One evening around 8 pm we heard the alarm calls of cheetal and langur. Seemed the big cat was afoot. Went near the fence, and waited for a while. No luck. In the end, we didn’t see any big cats during our stay in Dudhwa, but another safari vehicle encountered a big male tiger in the evening when they were coming back from their afternoon safari.

An afternoon safari in Kishanpur was disappointing. I had high hopes of taking portraits and animalscapes of swamp deers, but they were too far away, and there was too much haze in the afternoon. My pre-visualized shot of a swamp deer stag, with its head emerging out of the mist, in beautiful light, didn’t materialize. Maybe someday. On the way back from Kishanpur, we stopped at Palia Kalan, the nearest small town. Went inside a dhaba, and gorged like crazy. No non-veg or liquid refreshments were allowed inside the tourist complex, which was run by the forest department. So we needed to make up a little bit for the last few days of abstinence.

Then we shifted to a forest rest house 13 km inside the park. The mornings were misty, with dew shining on every grass blade. The sun took its time to rise, and for the first couple of hours in the morning, the light was quite magical. The evenings were a bit chilly, especially if one were driving around in a Gypsy. I would typically spend a few hours alone on the FRH terrace. The Milky Way would be out after 7 pm. The fireflies would be twinkling all around. The grassland would slowly get covered by the rising mist, and leopards would start calling (the forest guards told us that there were 8 leopards around the forest rest house). The deers would give their alarm calls as they were chased by the leopards. The moon would light up the misty grasslands after rising a little before midnight. The cold and crisp breeze would make my hands and nose a little numb.

Gaunt ribs of Bankey, the great old rhino of Dudhwa. He was weak after a fight with another male. 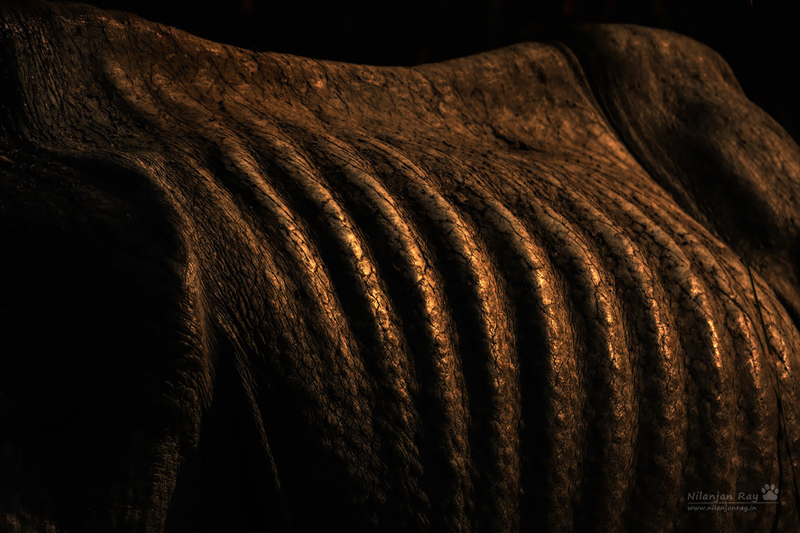 Sunset behind the wooden post of a forest bridge. 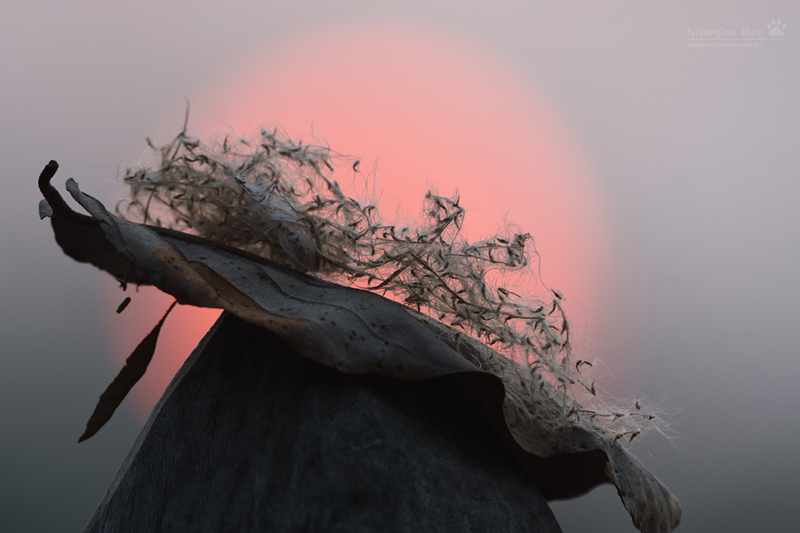 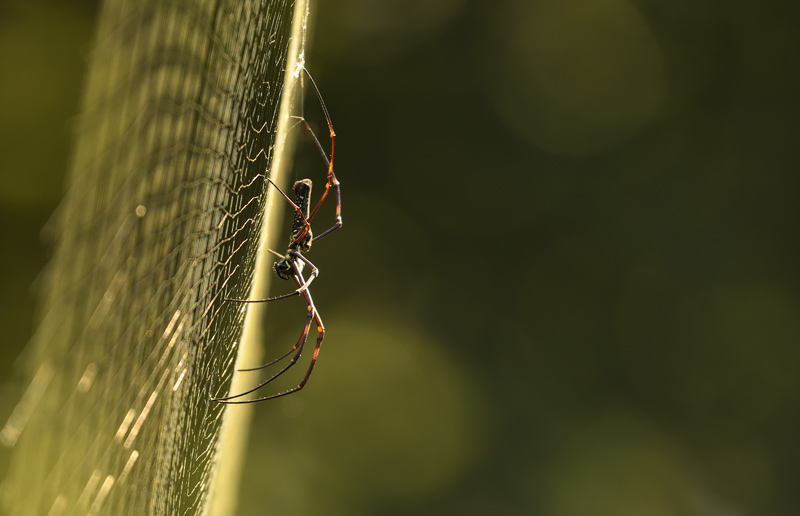 Morning drive in the forest 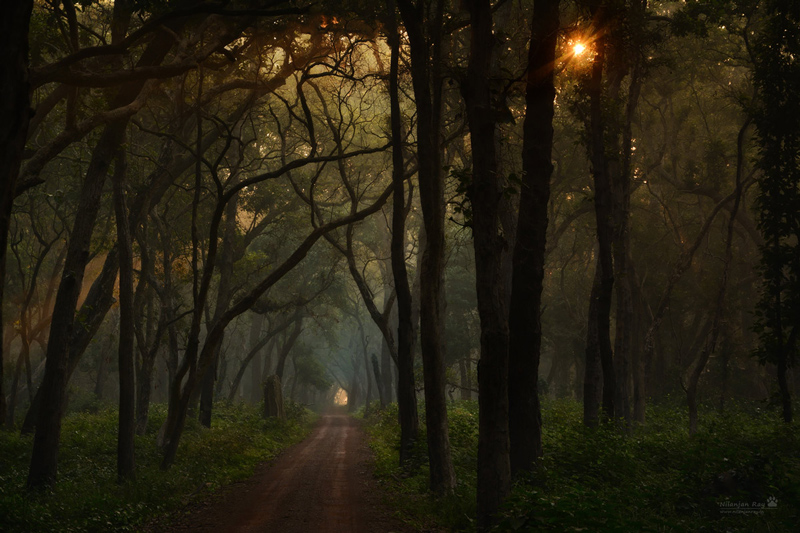 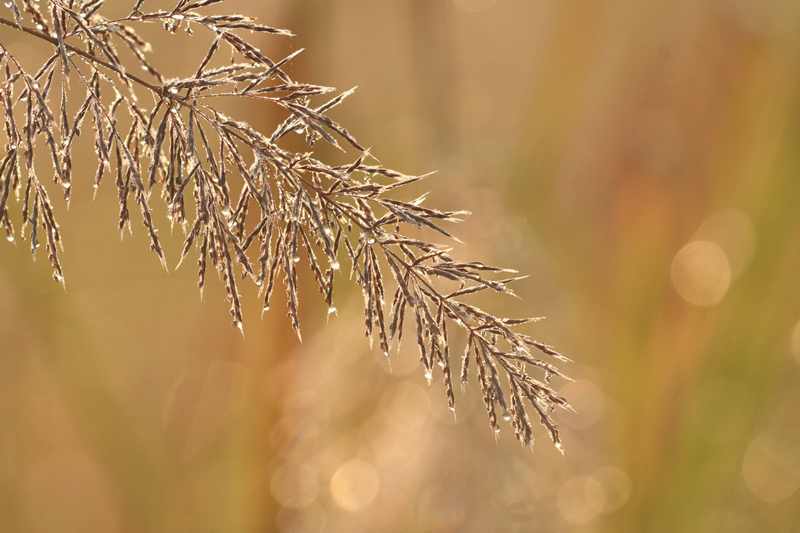 Watery sunrise over the grasslands 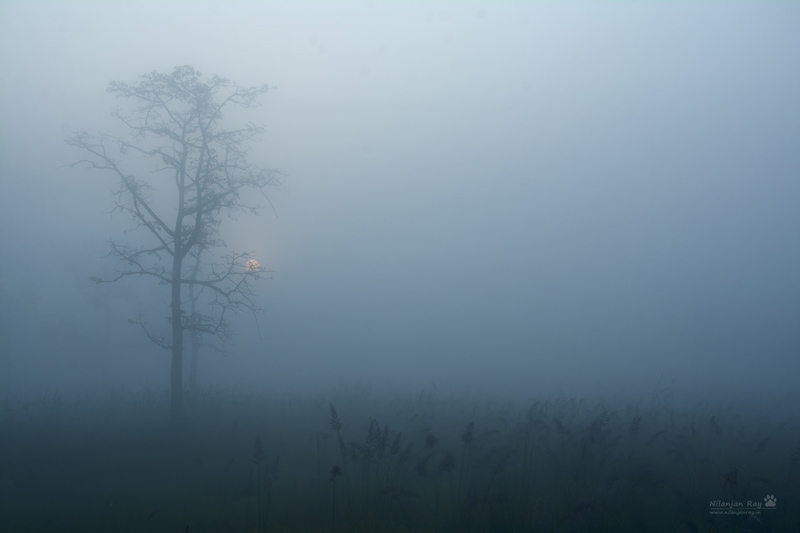 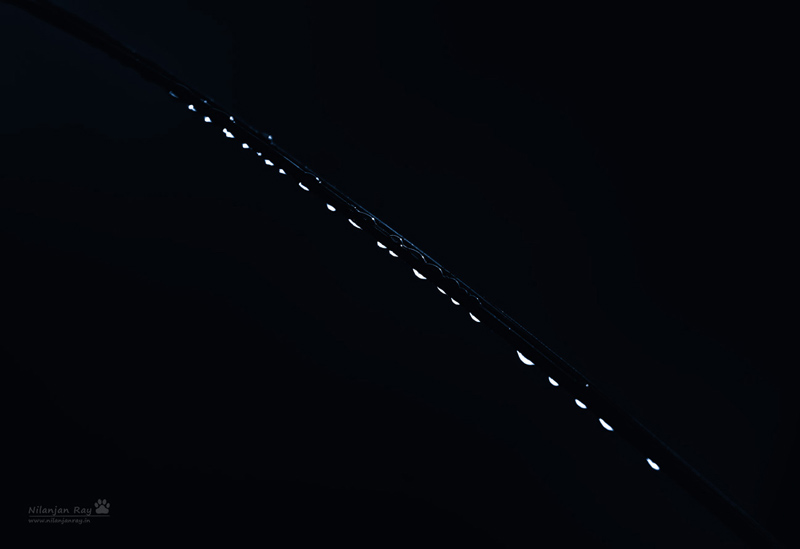 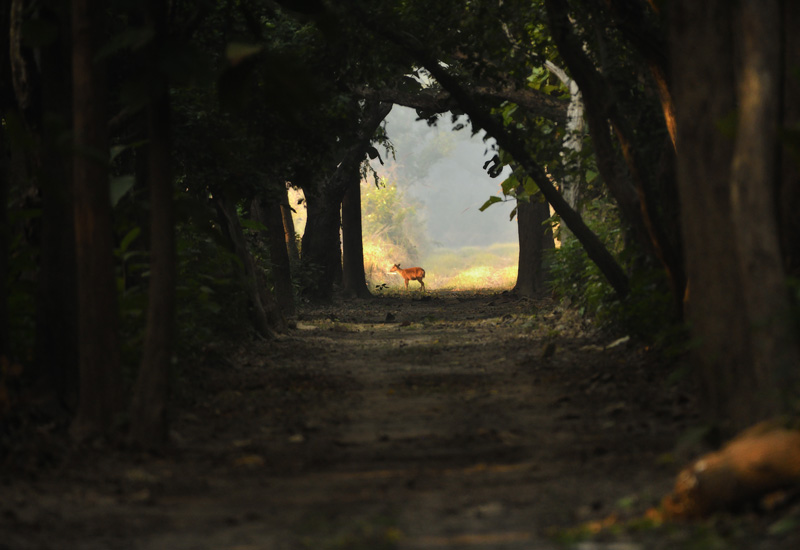 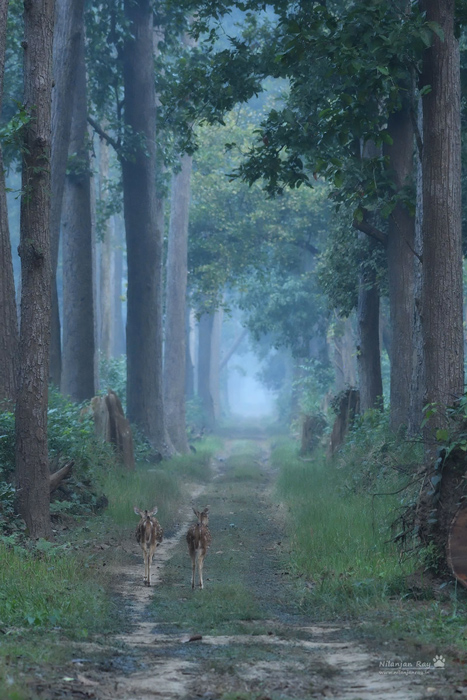 Sunrise in the forest 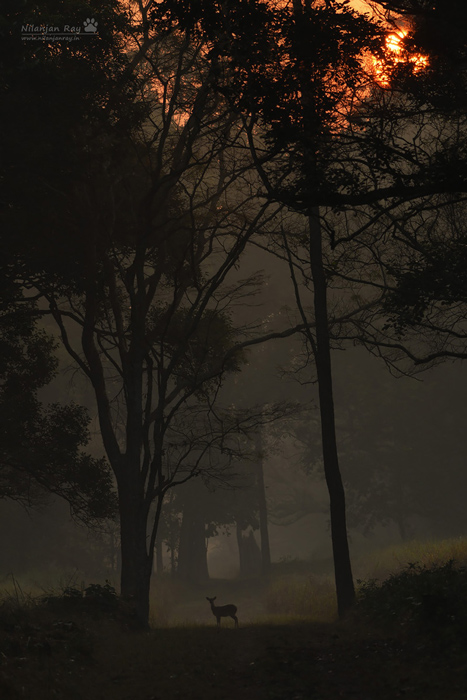 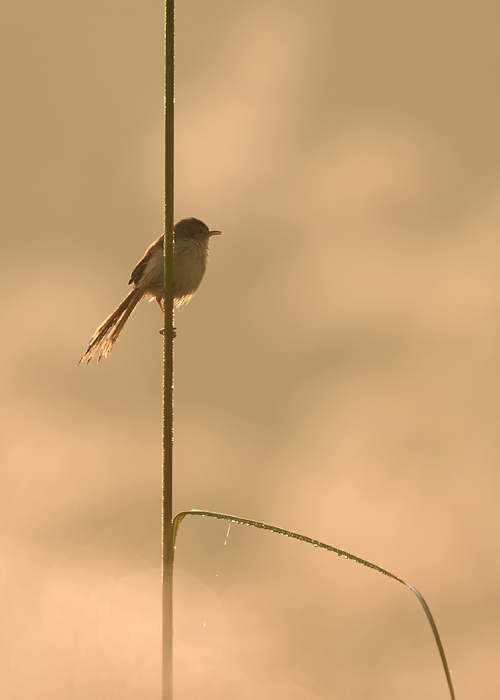 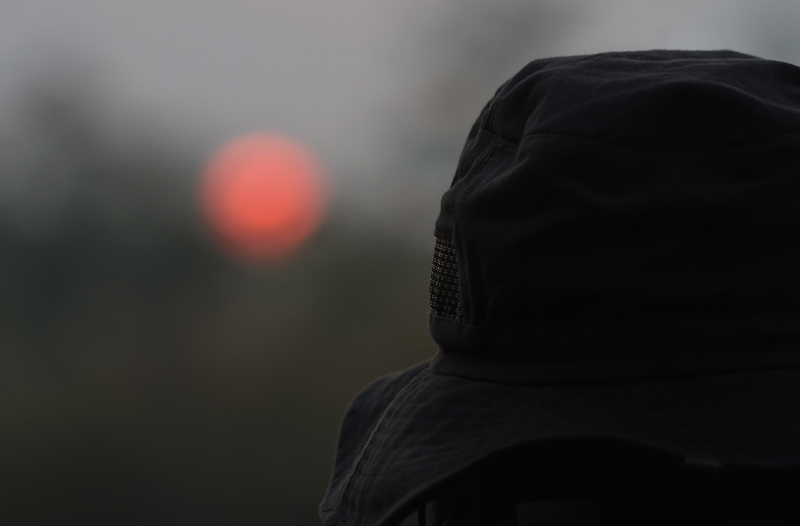 Stunning pics.. all of your pics looks like a wallpaper.. amazing captures