Went to Manali last in 2014.
Have been there before too, but this time we decided to deviate from the obvious and the cliched places Manali is famous for and what everybody does in routine here.

So we decided to head and move to unseen places by us before and do in Manali what we never did before !

So the next 3 days were spent doing some really great things and spending lovely times.

Read on to be a part of the adventure

It was mid May and Friday afternoon, and friend calls to ask what are you doing in the evening ?

Yup, it was that simple and quick.

Its hot in Chandigarh. And, then you get to grab a beer and that too in the mountains !
Its a no brainier. You have got to get it

Four friends.
One friends Innova. And he takes his driver along.

We plan to leave by 7 hoping to enter Manali in the early morning, but finally leave by about 9 i think.

The driver is a trusted fellow who has been with friends father for quite sometime and doesnt drink or smoke.
So we knew we were in safe hands.

The moment we crossed Chandigarh, one of the friends suggests to grab a few beers right then.

Well, we grabbed a few beers and some snacks and off we were in the mountains.
Light music on the speakers. Some Classic and Alt Rock. Some Hindi Classics.
Laughter, Fun, Singing and we were soon a few kms from Kullu when we dozed off with the wheels under safe hands of Bobby.

Pee call in the morning woke me up and we were in the mountains and it was about to sunrise.

Zipped up my fly and noticed the sun coming up.
Quickly grabbed my camera, and this is what was captured. 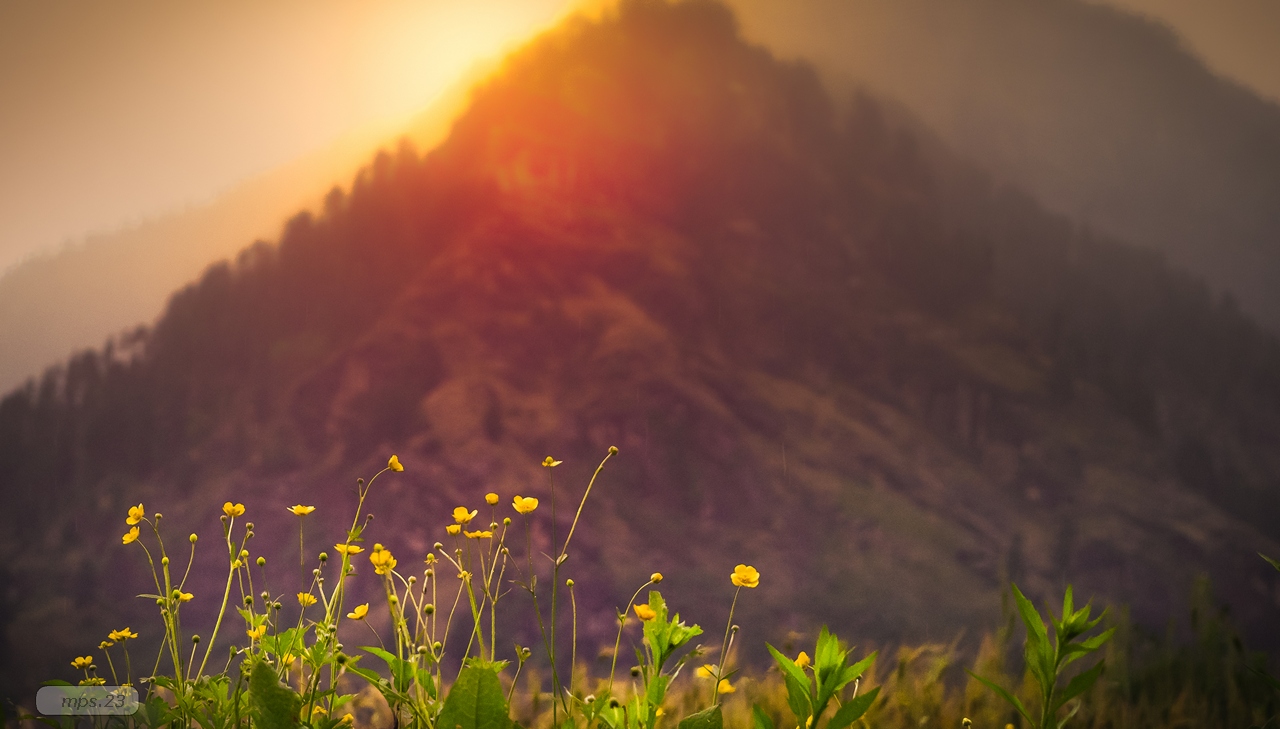 Sunrise in the mountains.

We stood there for sometime, basking the morning glory in the mountains and getting enlivened with fresh crisp cold mountain air.

We had already got ourselves a room booked in a hotel via a phone call last evening.

"Lao Sir ji, pahunch gaye Manali." Bobby elatedly announced, exiting from the vehicle and stretching his arms wide up above and yawning and smiling !

This was the view at the hotel entrance. A whole bunch of red roses for us ! 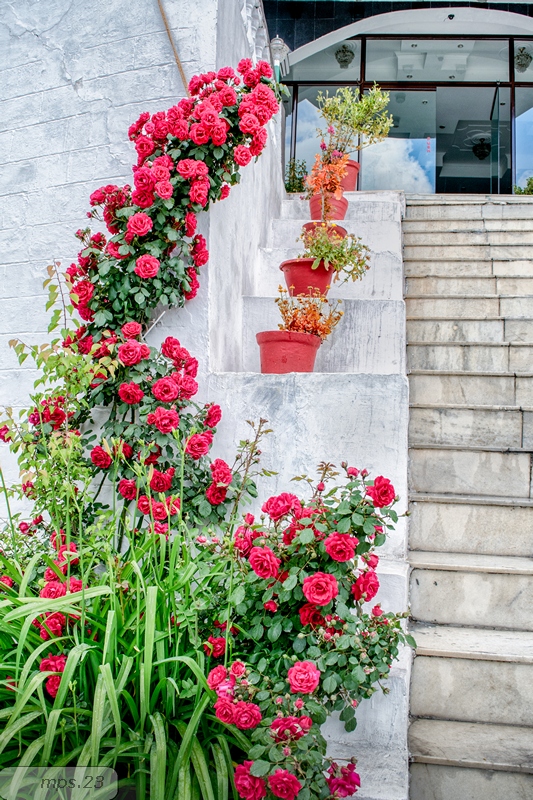 This is the view of the Manali after climbing the stairs up to the hotel.
Entrance at our back and looking across the street. 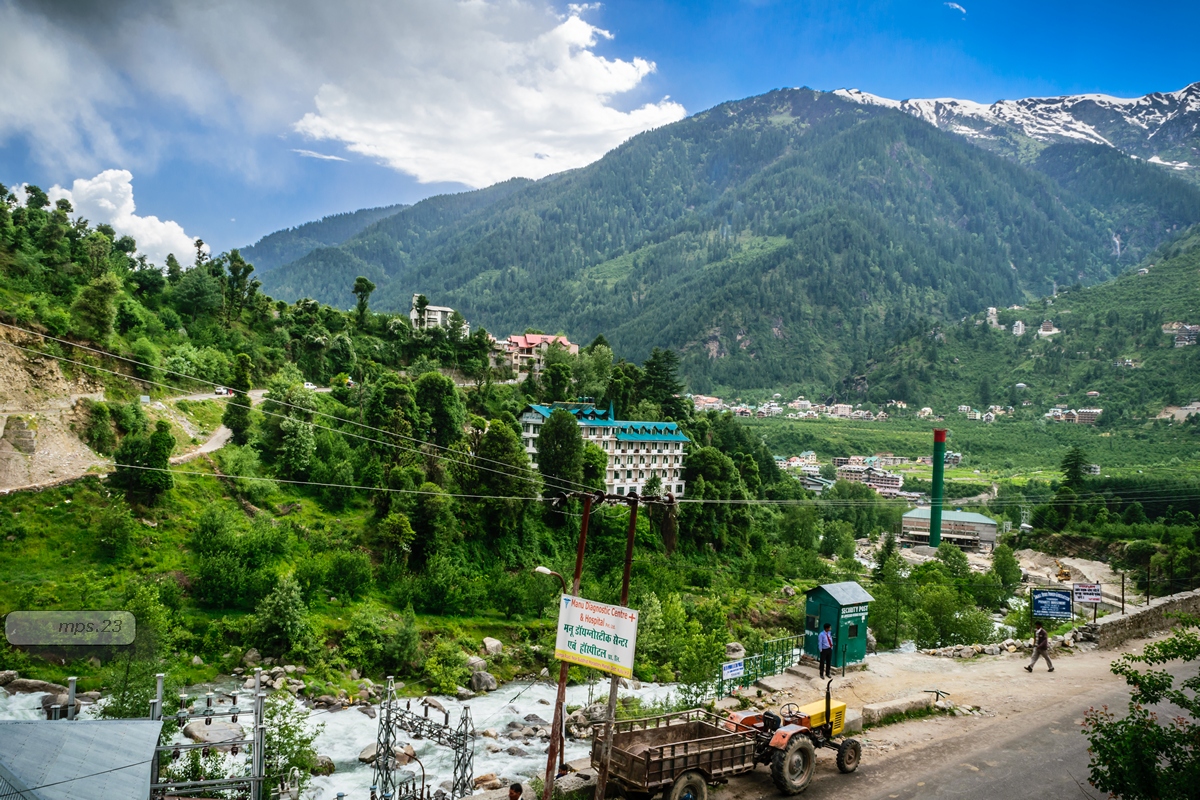 View of Manali from hotel entrance.


Checked in our rooms and a nice one we got. Check out the view from the balcony of the room. 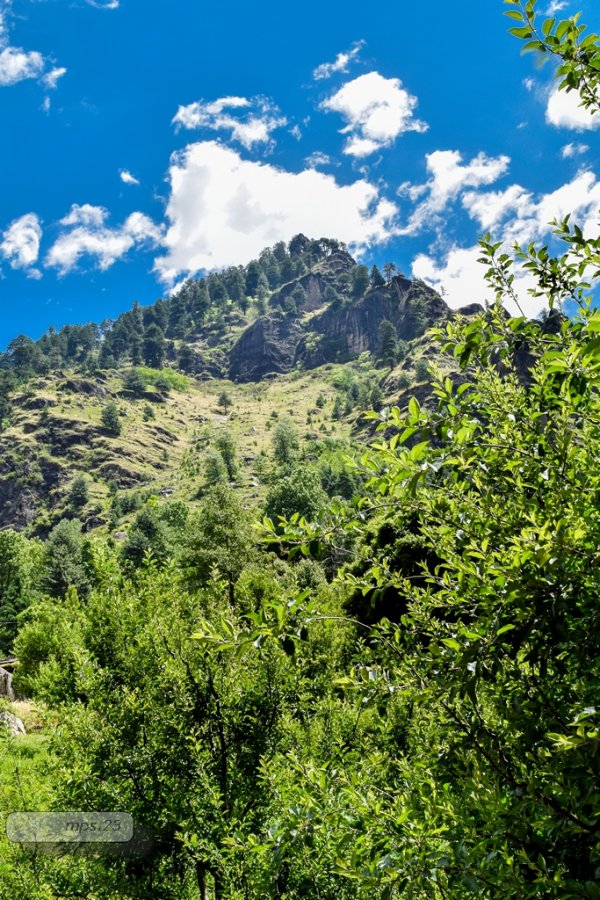 After breakfast, relaxed around here and there and then we decided to head to Solang Valley. 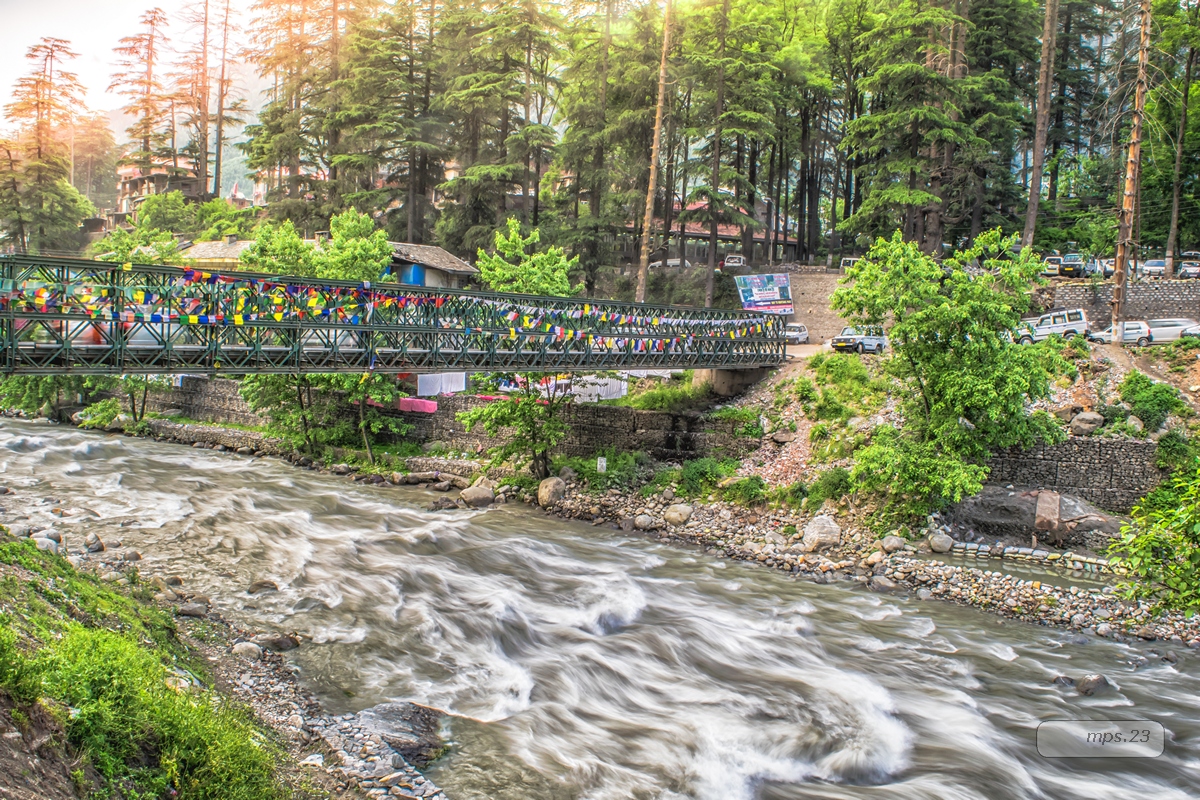 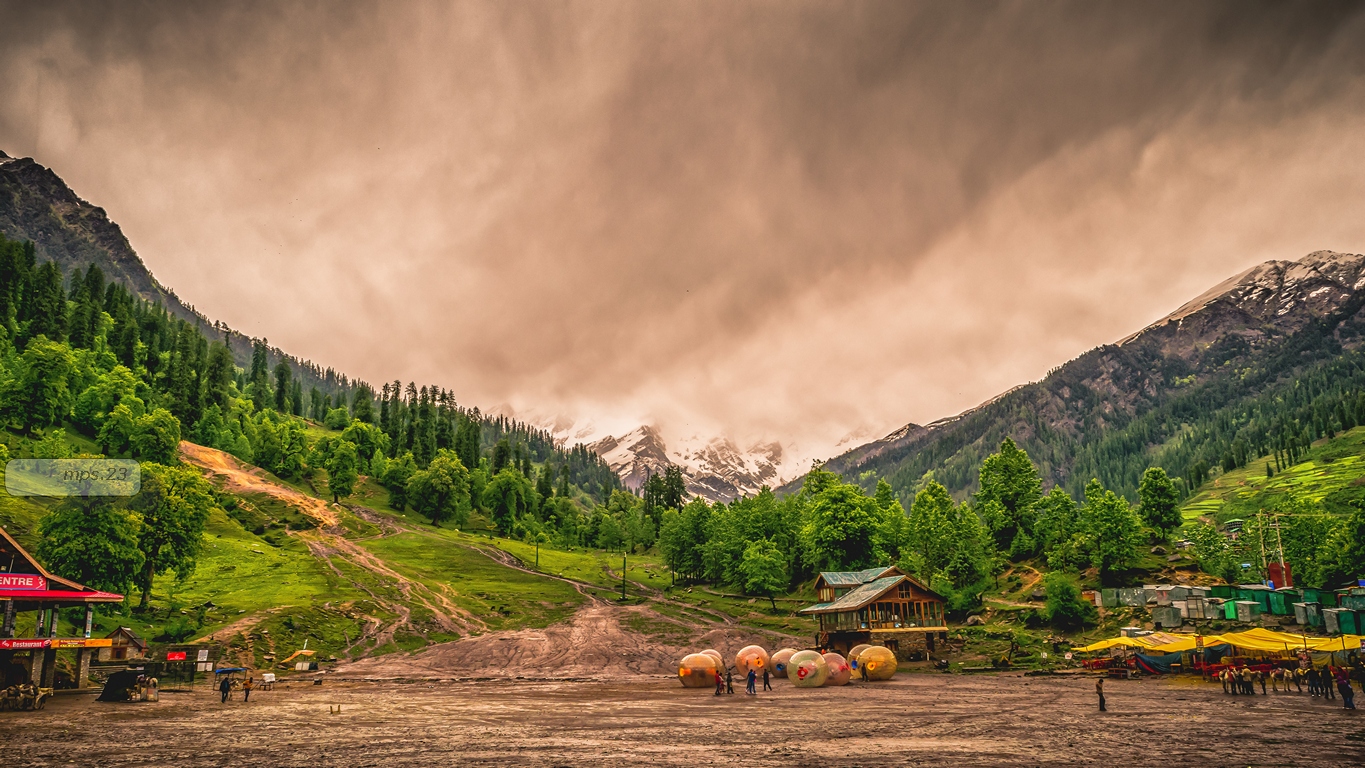 We wanted to do everything here, but then the rain gods acted like the big bully and spoiled our plans.
But it was good too. The weather suddenly became chilled out and after doodling around here and there a bit, we decided to move to Johnsons Cafe for the evening.

Johnsons Cafe is a great place if you are a foodie and enjoy some live music.
Beautifully located with a great atmosphere and scenery all around it and delicious food and some live music in the evenings.

The sky became scattered and marbleized with cloudy patterns and sunlight shining between the tears of white cotton candy clouds. We settled for the evening over some food, wine and music. 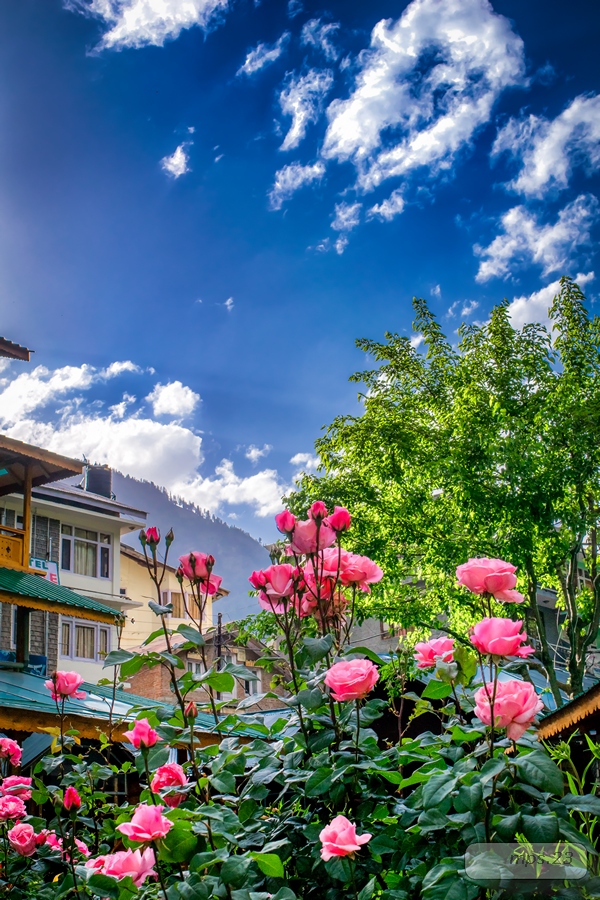 
We stayed there for 3 days and i shall post a few more pics of our day wise adventures.
Last edited: May 16, 2016

Thanks ankur, vkd, torq
Will surely post the rest of two days adventures in the evening !

... was way more fun than we had expected to

Hey thanks Gaurav. A random sudden plan it was ! We usually end up so

Meanwhile have a look at this guy -- One Man Orchestra at Manali .

He is singing through a mic, has a harmonica strapped to the mic, a dholak, and that tambourine tied to his shoe.
The box covered with cloth on which the idol and the plate rests, was an amplifier with built in speaker !

And - that cloth bag beside him on the bench housed the battery ! 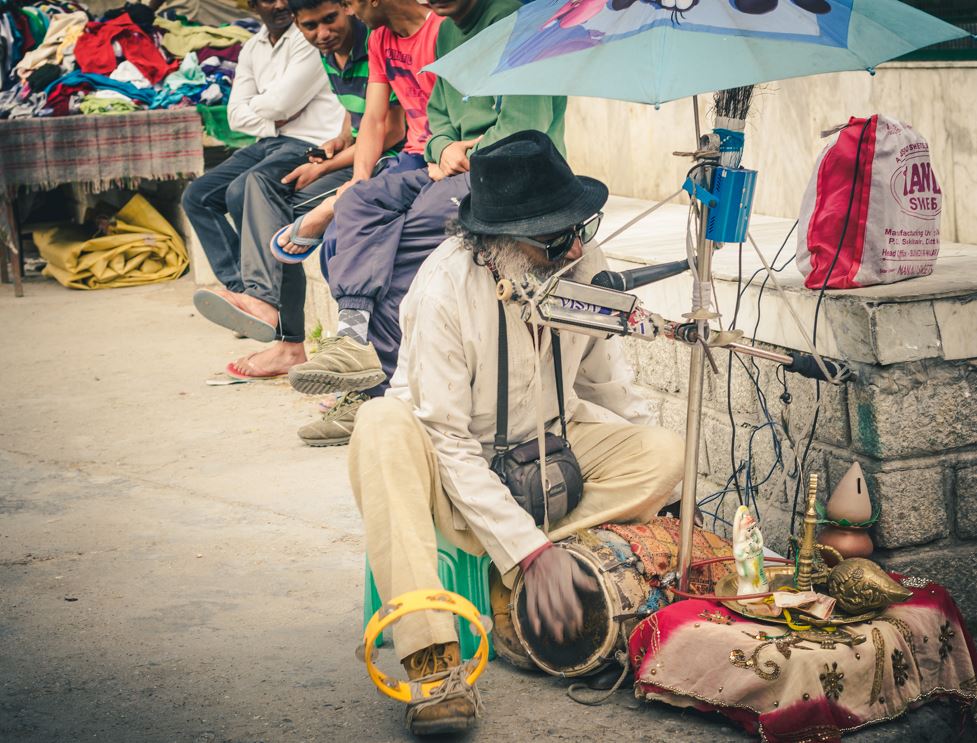 Found him on the mall road near Johnson cafe.

Couldnt understand a word of what he was singing, and neither was he paying attention to - Whether it was his own singing or the people around him enjoying his cacophony or tipping him !

Sorry for the delay guys, in updating with what was done on day 2.

You see one of the friends had an itch of having breakfast on the weekend at Shimla !
So yes we went to Shimla , also had breakfast at Shimla, but lunch was had at some place else !
And the trip was done with an unfortunate twist, that really dint turn out that bad !
Will share this trip soon