So its day 2, and The plan was to wake up at 6AM and be on road by 8, but due to the tiring first day we woke up at 8 AM and went out to click some beautiful Shimla city pics. 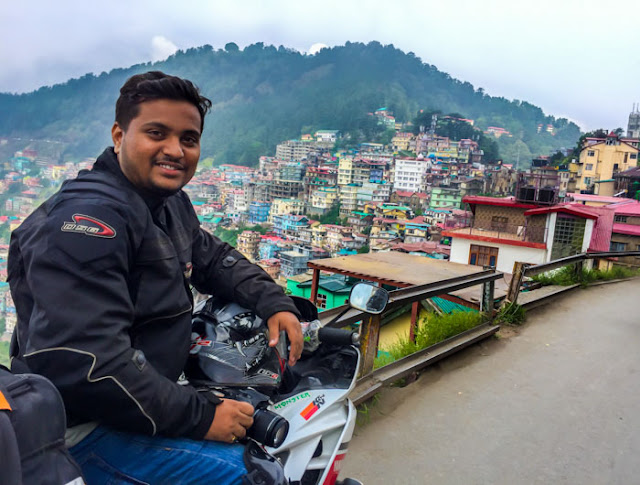 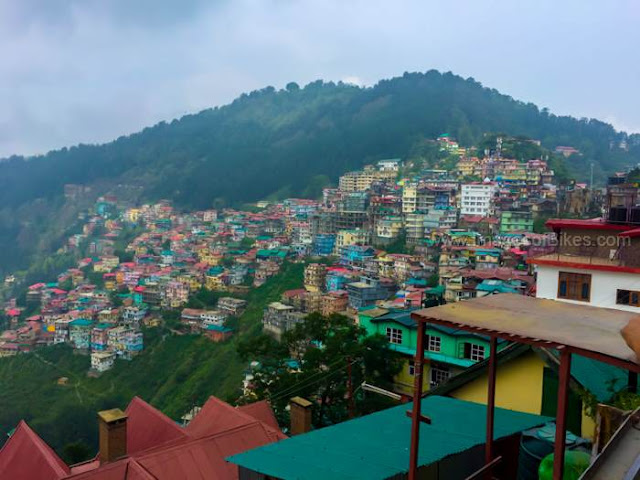 After clicking few shots we started by 10. But this turned out to be a big mistake which we realised when we passed Rampur.

Shimla to Rampur had some beutiful views and good curves, I was enjoying every bit of riding on that roads. 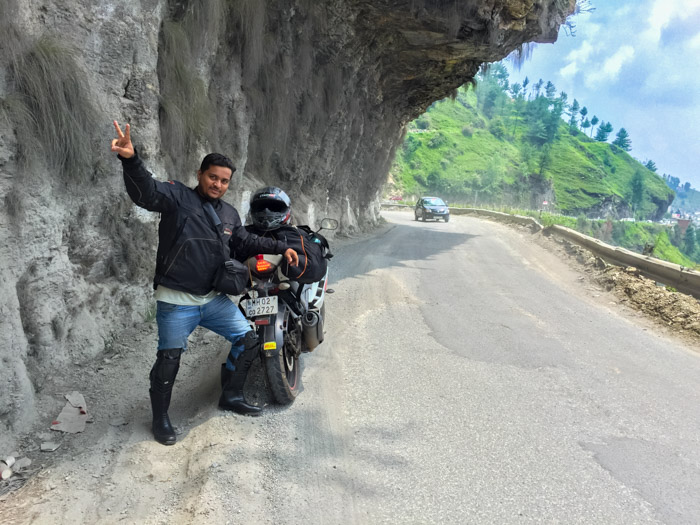 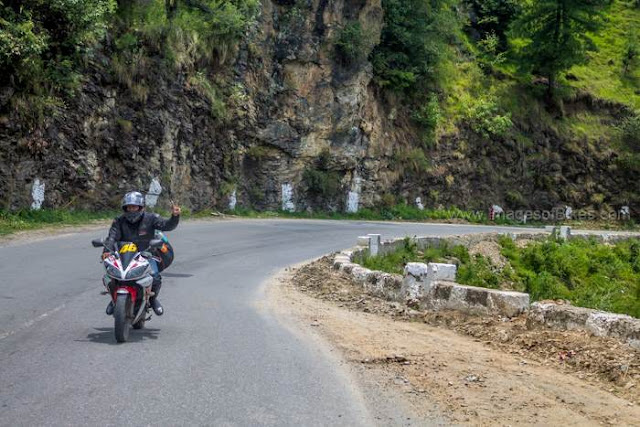 I assumed that weather will be pleasant when we left from Shimla, but to my disappointment it was very hot, riding in that hot weather with jacket turned out to be a nightmare. After riding for an about 50Km we stopped for fuel. we top up our tanks and ate Aloo paratha for breakfast and commenced our journey. 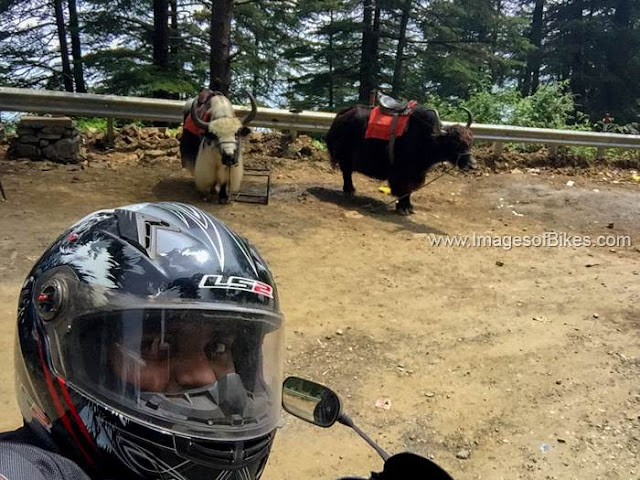 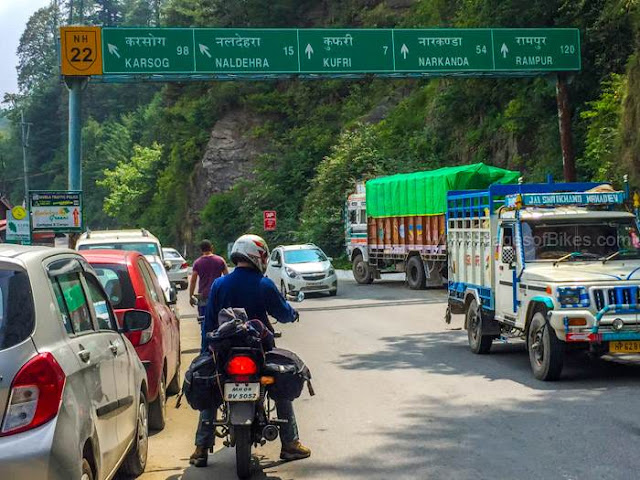 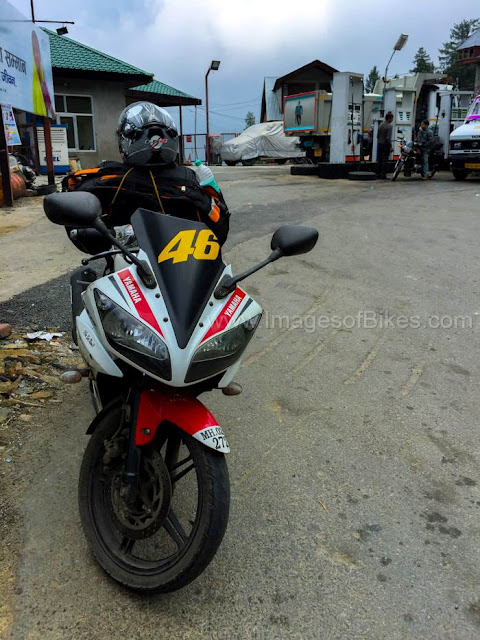 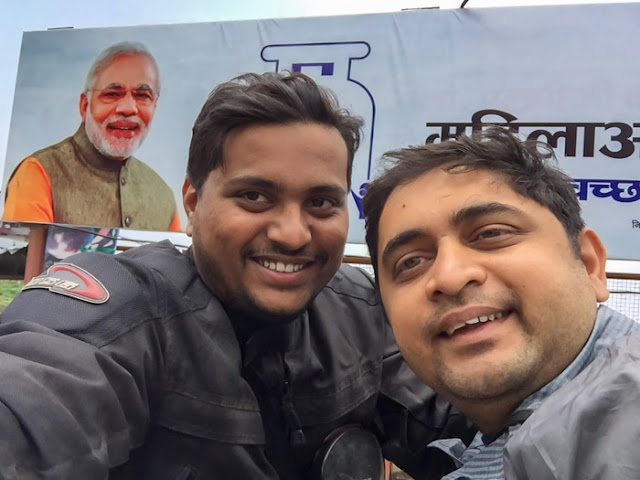 Rampur which lies between Shimla -> Tapri (196 KM), the roads after Rampur were in disastrous condition and it was very difficult to sustain decent speed . 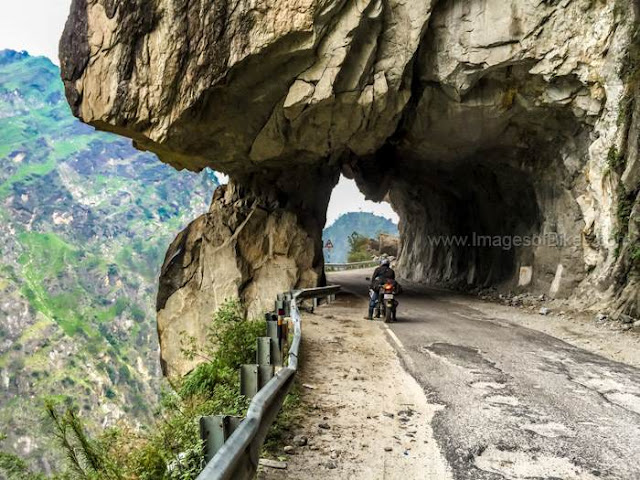 The scenic views compelled us to halt and try to capture some of in my lens. 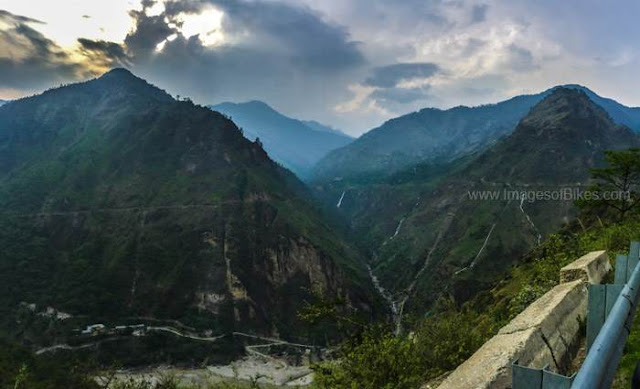 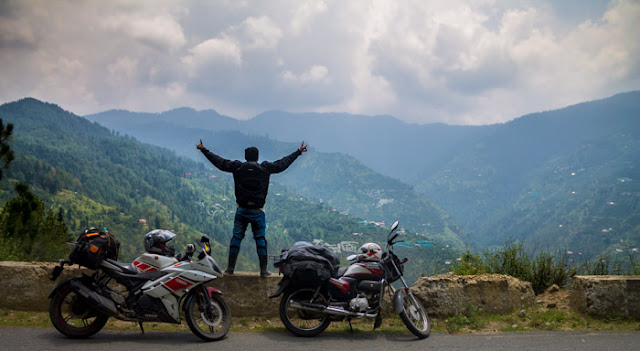 We started riding again and decided to have lunch when we see a dhaba on the road. When we reached near Jabli we found one Dhaba so decided to stop and have some food. The exterior of the Dhaba was not that promising so we were in dilemma wether to proceed or look for another one, but our hunger gave us the push. 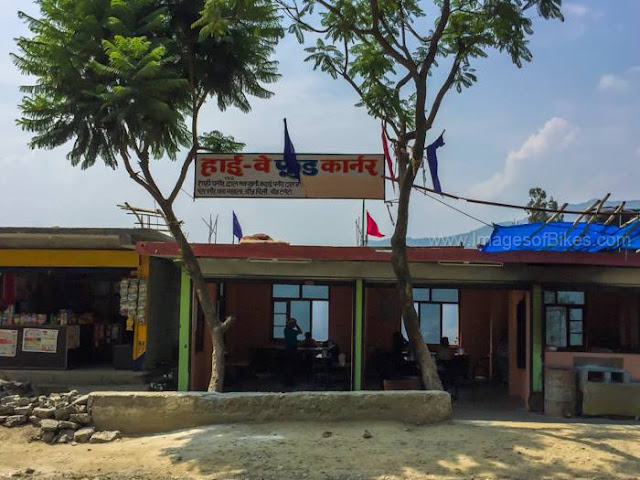 We ordered veg thali which was worth 70 Rs and the obvious assumption was to get Roti and vegetable. But what arrived in front of us was mind boggling. 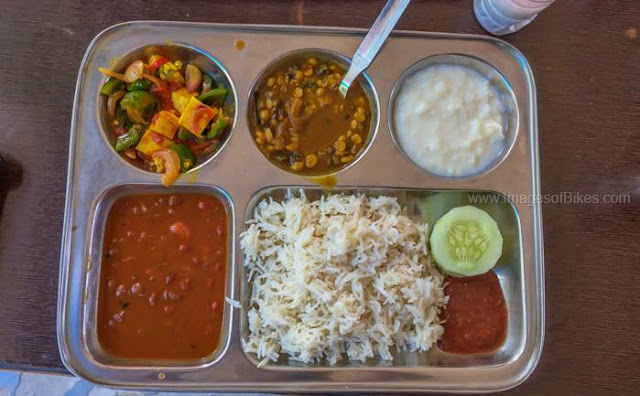 After having some stomach full of delicious food, we again started to ride. Continueing with the nighmare of a road, we encounterd some narrow roads with nothing but gravel. We were going with a speed of mere 30Km/hr and the extra 2 hours of nap in the morning had cost us heavily.

We took a much needed break, my palms and back were paining due to R15 seating position. 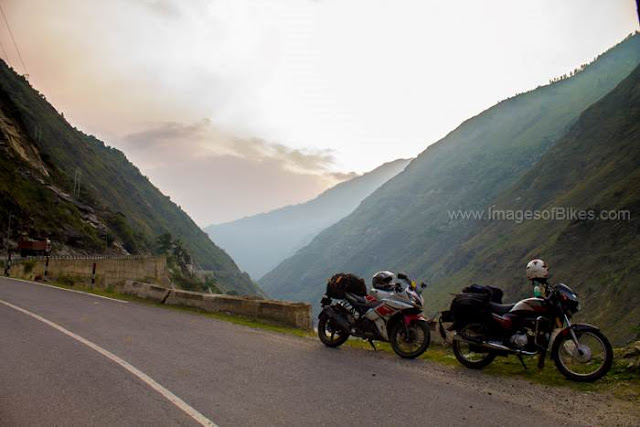 It was already 5:30 pm and we had reached wangtu, from there tapri was another 10 kms ,I was relived. 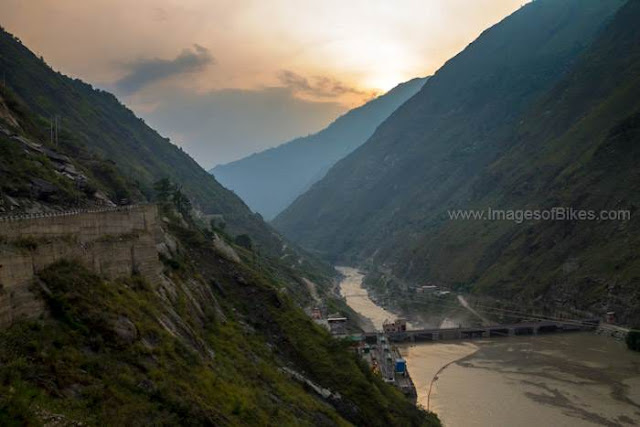 As soon as we thought it couldn't get any worse, we were greeted by the worst road of my ride as of now. It took us more than 1 hour to cover that 10 Kms. 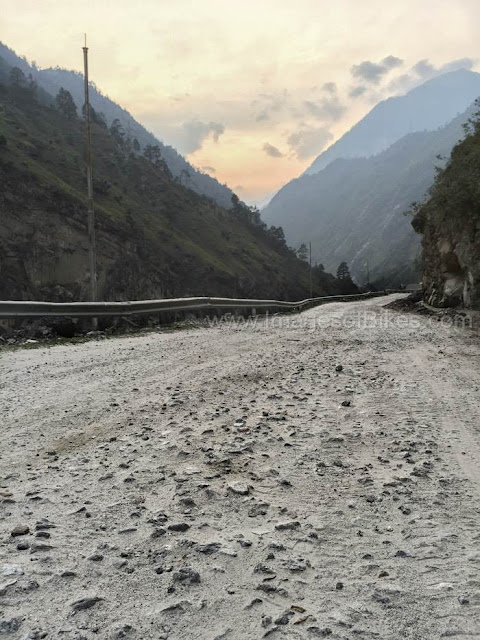 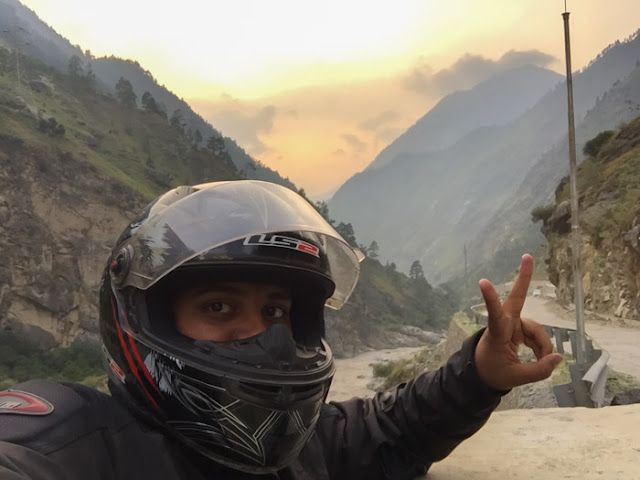 Finally at 6:45 we reached to Tapri, There is a petrol pump at start of the village, if you want you can top up your petrol for further journeys there is no petrol pump till KAZA which is approx 231 KM

There are only few hotels in tapri, we asked around, and finally setteled in a room which costed us 700 Rs for one night. We had a awesome chicken Rara and roti and retired to our beds. 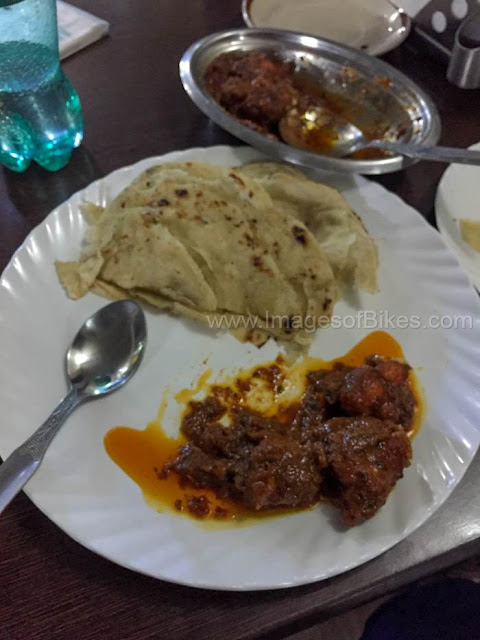 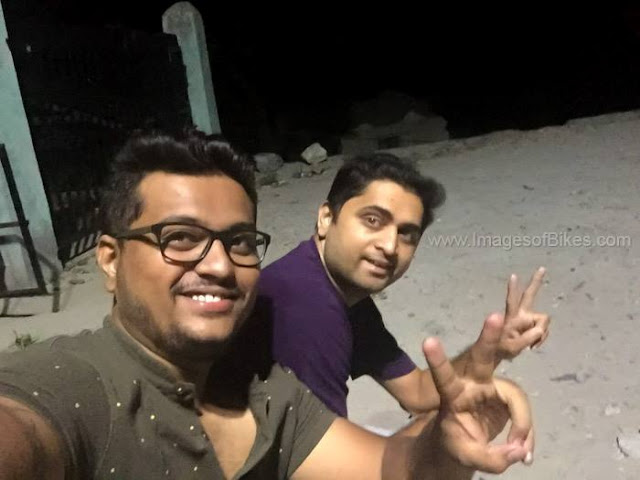