Force to launch Force One SUV in India

To commemorate their long awaited entry into the Personal Vehicles arena, Force Motors today unveiled a brand new logo for the Division. The existing corporate logo had been the face of the company for the commercial vehicles, agricultural tractors and encompassed brands like Trax, Traveller, Trump and Balwan. The company is now entering into the personal vehicle segment, where the needs and aspirations of the consumers are very different. The new logo intends to create an independent identity that resonates with the desires of the non-commercial vehicle buyer.

In order to differentiate the commercial vehicle unit from the Personal Vehicle Division it was natural to be different, hence the new logo. The new logo stands for a need to never be content with the status quo. The deep red colour brings this across visually. The deep red represents a never-say-die attitude, an indomitable determination and attitude that will do all it can within its power to effect positive change. It is all about energy and vibrancy. The new symbol signifies the commencement of a new era for Force Motors.

Mr. Prasan Firodia, Managing Director added, “The logo represents a movement independent of any inertia, a movement that is natural and represents both growth and change. It represents ambition and hunger for more and is an indication of the direction that Force Motors is headed towards rapidly.”

Simultaneously along with unveiling of the logo for the Personal Vehicle Division, the name of the first SUV from Force Motors was announced, which will be called ‘Force One’. Force One is one of the most anticipated vehicles in the Indian market as it is being launched by Force Motors, a company known to make commercial vehicles, which will enhance the SUV’s imagery of ruggedness, strength and power, ‘Force One’ encapsulates these points succinctly in a name. The SUV will provide state of the art interior comfort and convenience which will be inclusive of high end features like driver information system, cruise control, audio control mounted on steering, dual AC vents for each row. Along with these the SUV will also have OSRVM side indicators and plush leather seats. The ride and handling will have suspension that has been fine tuned by Lotus Engineering with sixteen inch alloy wheels along with high ground clearance. FMTech stands for Force Motors Technology and the Power Train is made under license from Daimler. The engine capacity is 2.2Ltr. The complete vehicle and the onboard electronics is audited and validated by Mercedes-Benz Technologies. 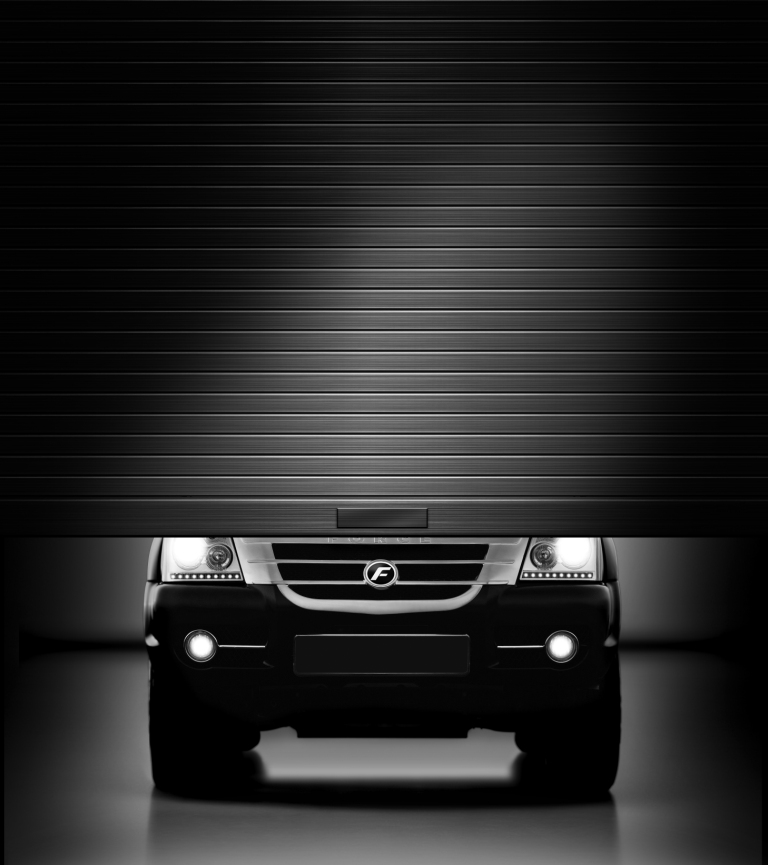 Force Motors has exciting plans for the Personal Vehicle Division and is committed to ensuring its success by continuously incorporating additional features sought for by the discerning SUV buyer.

man this seems to be challenge for indian counterparts....
thanks for sharing this wonderful report

Yup, lets hope it is as rugged and imposing as the Gurkha.

where eagles dare said:
man this seems to be challenge for indian counterparts....
thanks for sharing this wonderful report
Click to expand...

The logo is old and same as Foday.
Its a chinese SUV,so dont have high expectations.
this is the one
Google Image Result for http://bharathautos.com/wp-content/uploads/2011/06/force-foday-explorer-1.jpg
pic from google.

Is it really Chinese? If yes, then its sad. Why Indian auto companies are unable to capture market with local machines instead of foren items?
Apart from Scorpio,although its an entry level SUV, no other Indian vehicle is even present in the SUV range. Tata Aria also bombed I guess.

@Akshay:
You're a trendsetter!

akshay4384 said:
The logo is old and same as Foday.
Its a chinese SUV,so dont have high expectations.
this is the one
Google Image Result for http://bharathautos.com/wp-content/uploads/2011/06/force-foday-explorer-1.jpg
pic from google.
Click to expand...

But it is also supposed to have the engine from Mercedes!

Yogesh Sarkar said:
But it is also supposed to have the engine from Mercedes!
Click to expand...