From the Land of Corbett

“The book of nature has no beginning, as it has no end. Open this book where you will, and at any period of your life, and if you have the desire to acquire knowledge you will find it of intense interest, and no matter how long or how intently you study the pages, your interest will not flag, for in nature there is no finality.”
― Jim Corbett

In December 2016, I had planned for Tadoba National Park for March 2017 as a remedy for my yearly forest itch . My daughter was appearing for ICSE board exams, which was supposed to be over by 23rd March. So I got the bookings done for Tadoba for 26th to 29th March. But "Man proposes and Politicians disposes". The exams got rescheduled for the Elections, and as per the new schedule it would now end on 17th April. Immediately I had to cancel all booking for Tadoba with no refunds except for the train tickets. I was heartbroken(some say that I had become depressed and pale) for some days and then with new enthusiasm, started planning for Corbett National Park in May end .
Corbett was in my wishlist for a long time. Have been reading about this Park in Travelogues and Wildlife research studies for a long time. Started seriously planning for it since January. A friend with family form Ghaziabad also wanted to join. Finalized 27th to 30th May in Corbett NP. I will try to write an account of my tryst with the Terrain. But before that, as a BCMT ritual, let me post some teasers. 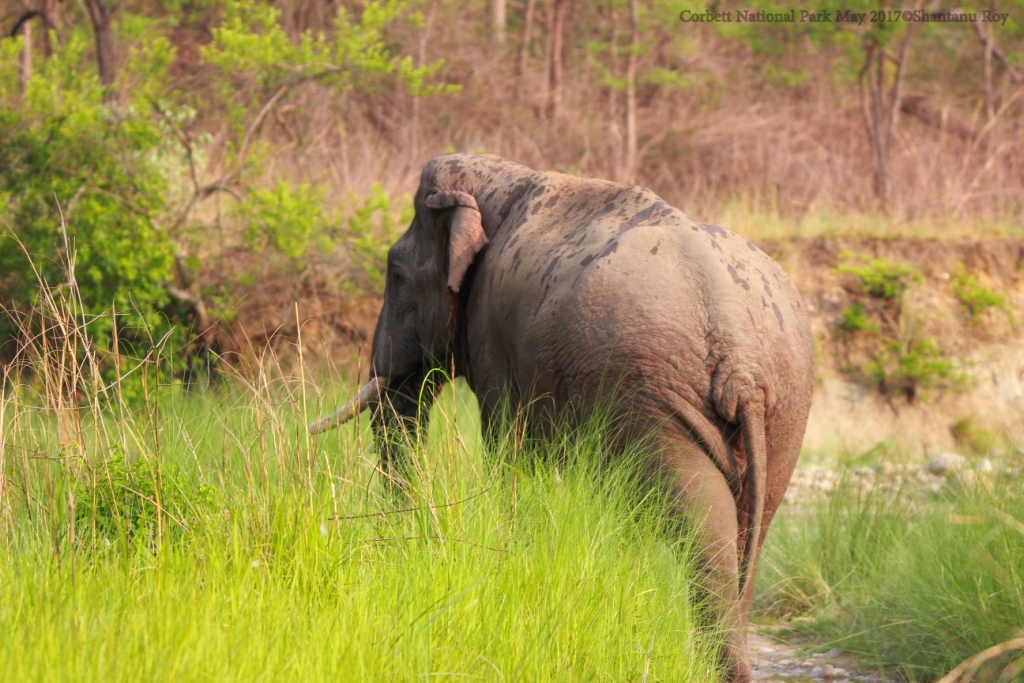 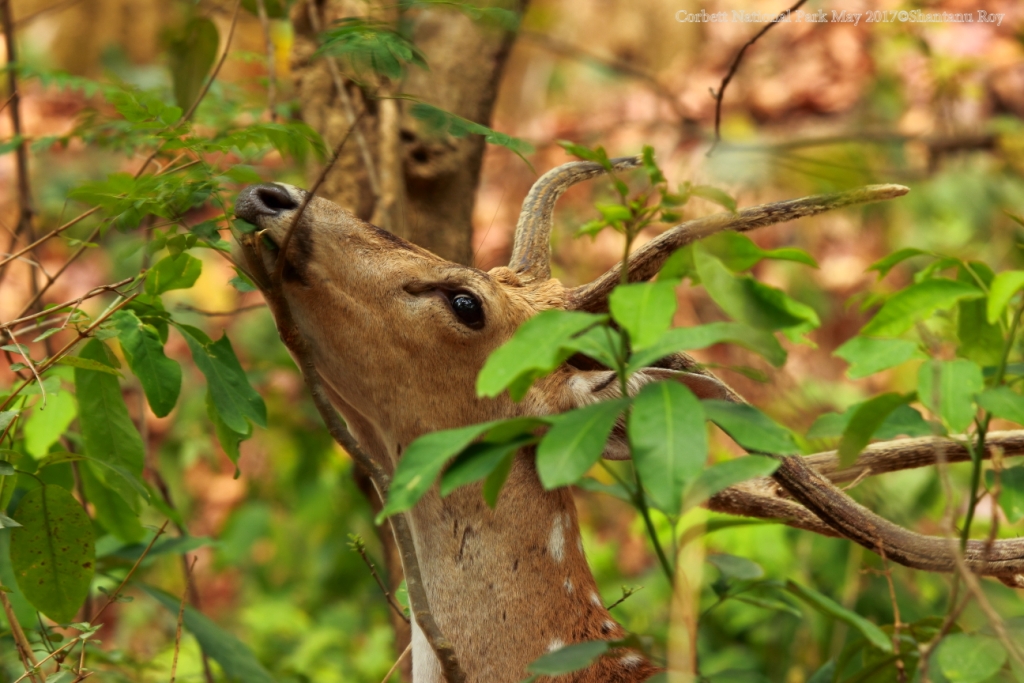 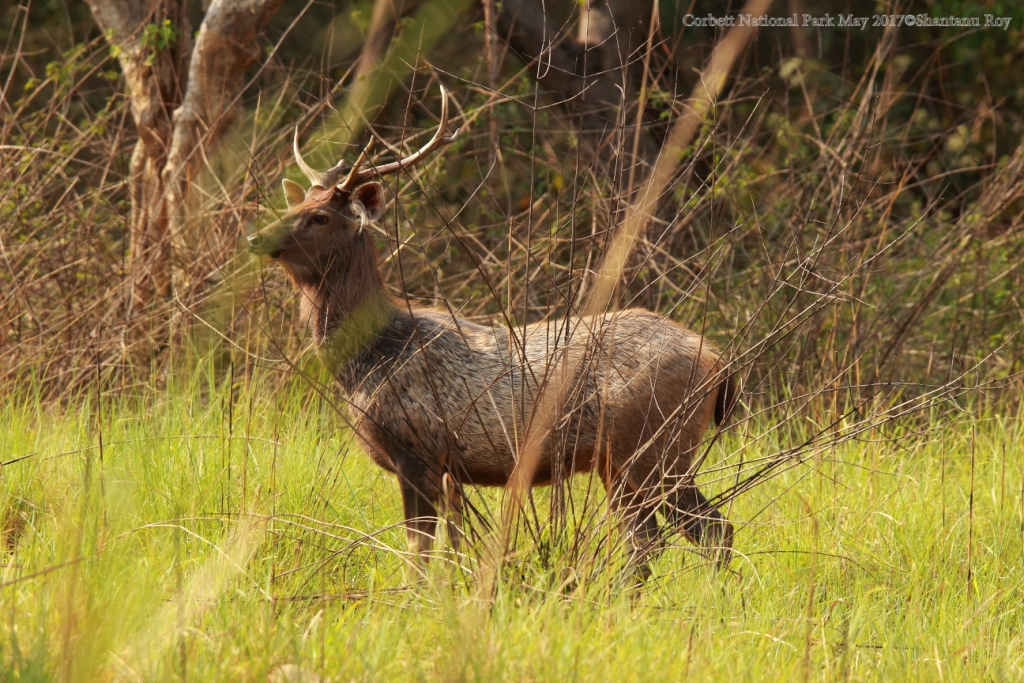 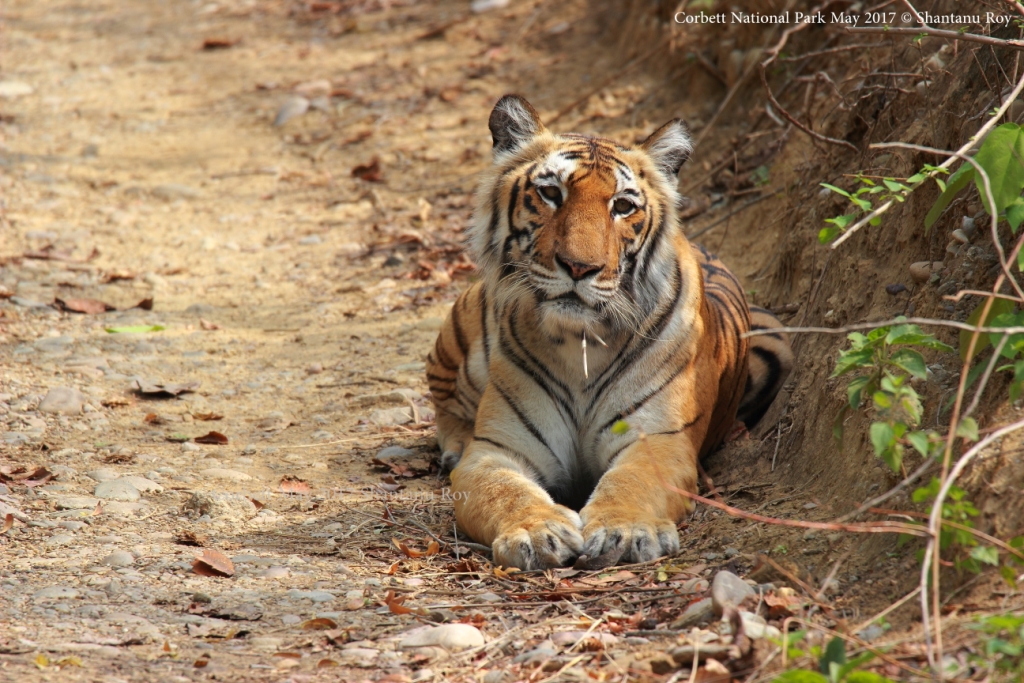 wow
lucky to see the tiger,
i know guys who have been 10 times and not seen a tiger

I think the tiger has a porcupine quill stuck in his jaw.

rameshtahlan said:
wow
lucky to see the tiger,
i know guys who have been 10 times and not seen a tiger

rameshtahlan said:
I think the tiger has a porcupine quill stuck in his jaw.
Click to expand...

wow what a start
I am hooked

aps said:
wow what a start
I am hooked
Click to expand...

First thing that came to my mind while preparing for Corbett National Park is its non-transparent booking system. I have heard of many such stories which had given me a clear idea that the online booking window for the core areas is as good as a PDF document, till the number of available Rides become zero. A cousin who had a bombshell of a trip there, couple of years ago, told me that- the entry to the Park and night stay in the FRH can only be arranged by an influential Travel Agent or Tour Operator. However he was kind enough to give me the contact number of the Driver/Guide(unlike the Parks of MP, a single person can be your Driver cum Guide here), whom I started calling from as early as January end.
I had few facebook contacts who also do this job, so alongside I started contacting 4/5 people together in search of the most reasonable deal. After receiving few bizarre quotes(like Rs. 1 lakh 20 thousand for three days) from some eminent tour operators,I zeroed down to the person recommended by my cousin. He(Javed Khan) first promised to book 27th stay in Dhikala FRH, 28th and 29th stay in Bijrani FRH. In reality, he could book only Bijrani FRH for 27th and 29th night, and promised that he would do some "JUGAAD" for 28th night in Dhikala.
It was decided that we will fly to Delhi, on 26th, in an early morning flight from Kolkata and take a car to Ghaziabad. Have breakfast at my friend's house, her family will join us from there, and from there we will take a rented car drop to Ramnagar. We will have a night stay in KMVN Ramnagar and next day Morning we will get transported by Javed to FRH Bijrani. Everything went as par plan and we reached KMVN Ramnagar by evening 4:45 pm on 26th .
Just to mention one thing here, as we approached Ramnagar, I noticed few Safari cars parked alongside the road, and few such cars returning from Park Rides. This sight in the small towns near any National park gates always makes me very cheered up and anticipating. Its one of my favorite sights when I reach the vicinity of a National Park.
Javed came to meet us in KMVN in the evening and told us that we will start from here tomorrow at 8:45 am as before 9:30 there will be no one in the FRH office to get us checked in.
At about 6:30 it started raining heavy with thunder storms. I got really worried as I knew that if it rains tomorrow morning also, the chances of wildlife sighting will be really thin. 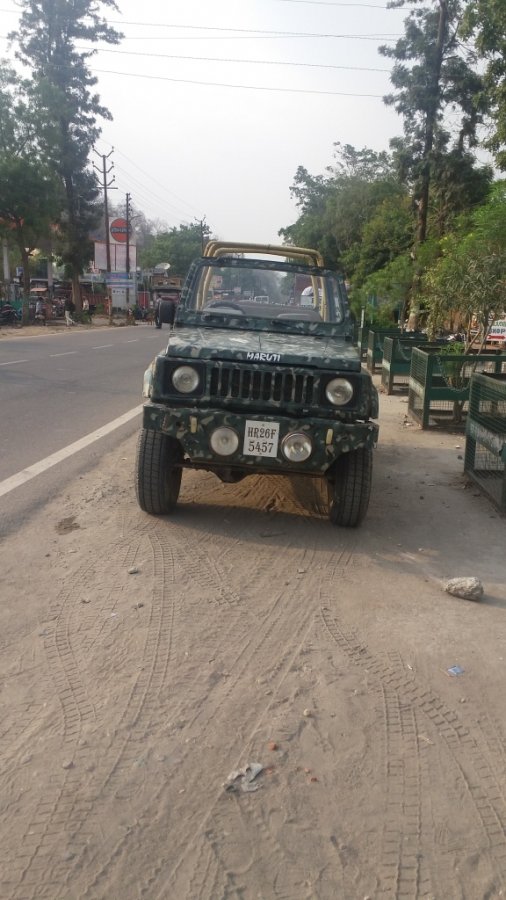 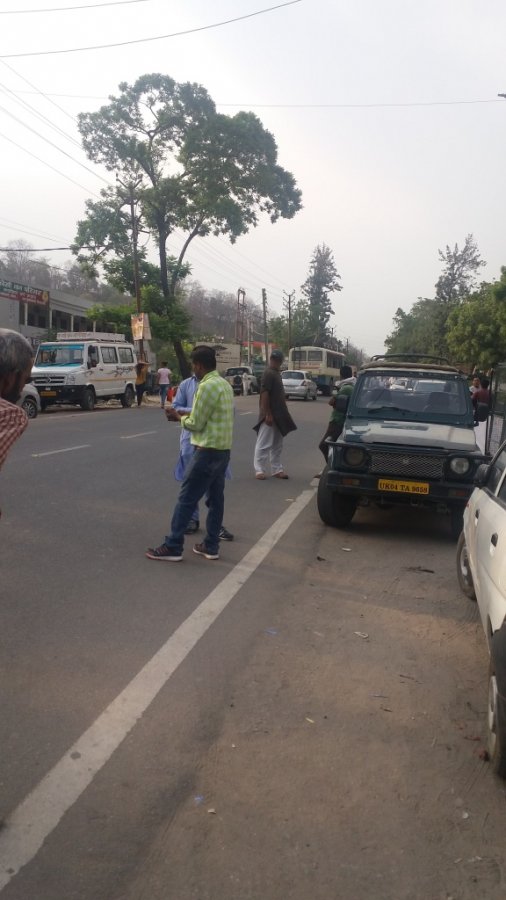 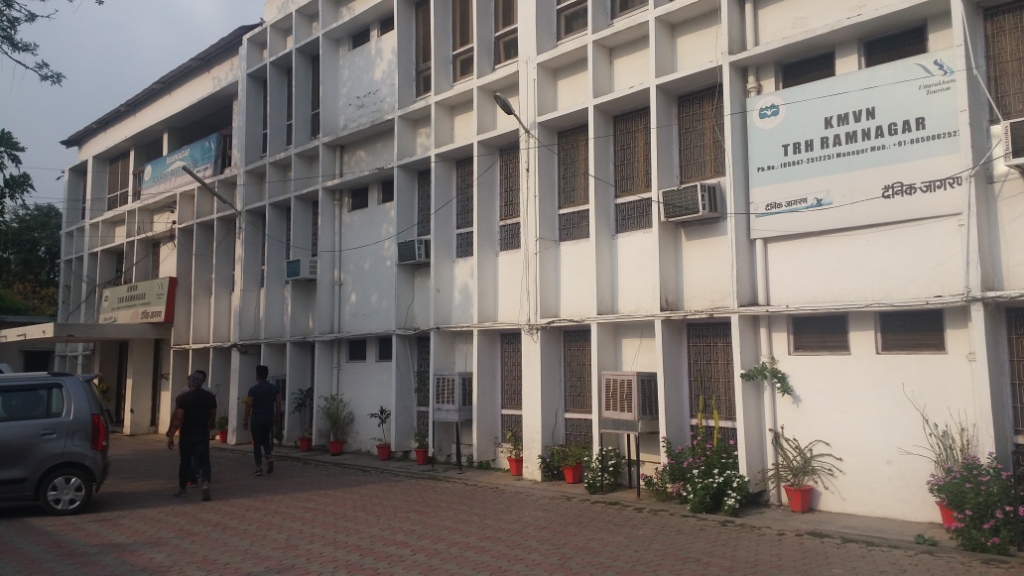