Ever since I can remember,I have been enamored with two wheels.By the Grace of God,my parents and grandparents saw my passion for two wheels and let me have my way whenever a new thing caught my fancy.I repaid their faith in me and my passion by being available to run errands for work however big or small,on my two wheels with smiling eagerness.
As a student of class4 in school,got my first bicycle,class 5 saw me being proficient enough in riding my Dad's Bajaj Super scooter that I could take my mother,grandma,sister or whoever needed around town-Ludhiana being a relaxed placed with not much traffic and even lesser policing on roads of the housing colonies which were my playground.
By class9 was tall and strong enough to ride Bullets in the family and had many conversations with the elders about a motorcycle being my birthday gift-Finally got one on my 16th Birthday-a black Hero Honda Sleek-the jazziest set of wheels back in 1990.Out grew it in 6-7months and sold it at a price close to new price at it was not readily available.
Then came a 1981 model Bullet 350 standard-bought in 1991 and sold in 1997-it kept me company in my hostel in Pune and was run for almost 70k kms during its stay with me.
Just a few short months after the Bull purchase,a close friend's family put up their Rajdoot YamahaRD350 for sale and I begged my grandma to convince my parents to let me have the RD350,which she managed-lo and behold-By HIS grace, could call myself the custodian of two 350's.
As time and family life raced on bought ,rode and sold a couple of Bajaj Chetak scooters,Eterno scooter and Pulsar220 EFI.
2011 brought in the Avenger 220.
The RD350 had been a constant and faithful companion always during this time and I took it for its final long rode to Harike Pattan in Jan2016.
Ever since being invited to Harley Davidson showroom inauguration in Chandigarh in 2010-had been thinking of getting a big bike.
Many many chances came but somehow never materialized.Tried and loved the RE Himalayan,Dominar400 but somehow the heart wanted a BIG engine-and minimum of 2 cylinders.Then I decided,that I will let the RD350 go and then proceed with the big bike purchase.
Took test rides of Triumph street twin,Benelli 600I and the H-D Street750.The Harley showroom staff was the most appealing bunch and the local HD showroom led me to lock on the XG750 Street 2017 ABS dual tone colour.
She came home on Feb8 2017.
Now my Avenger220 has a younger but bigger sister to share stories. 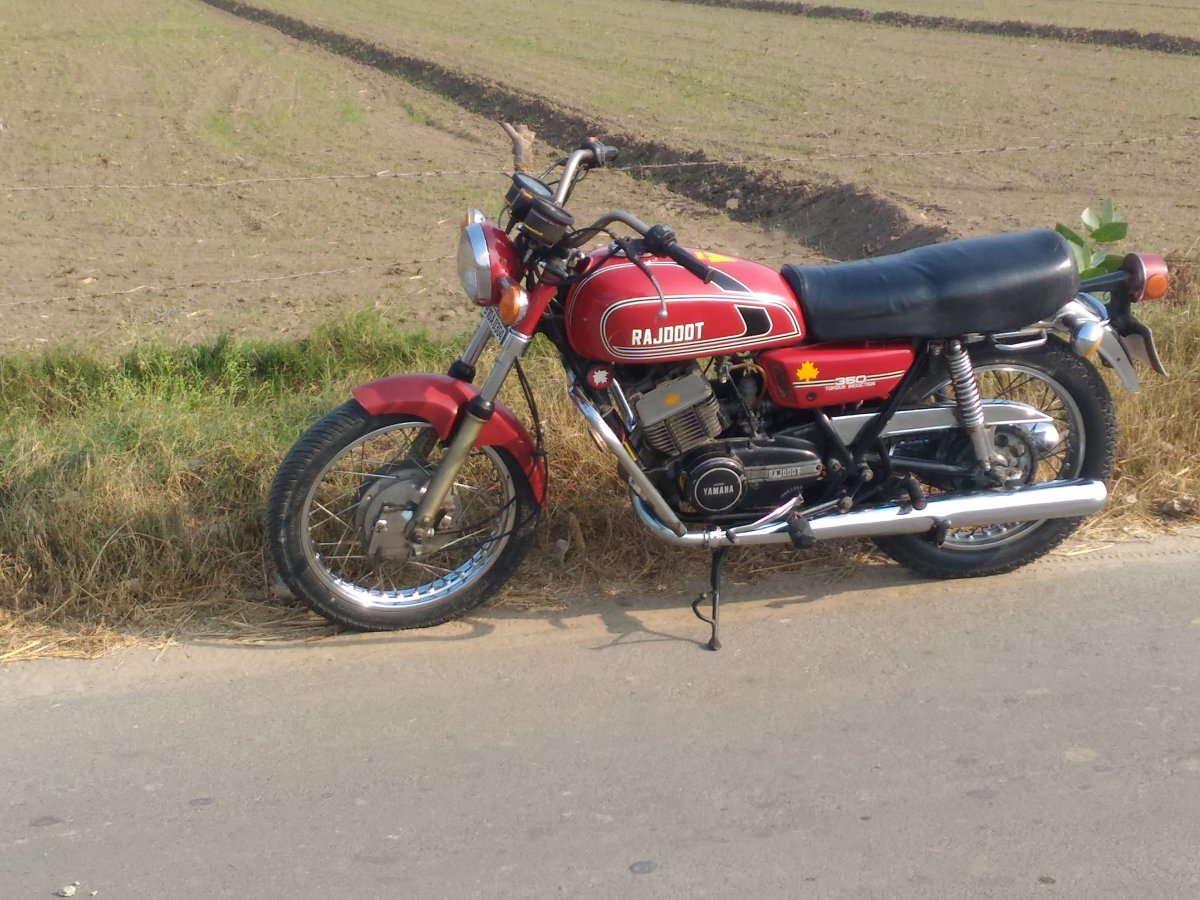 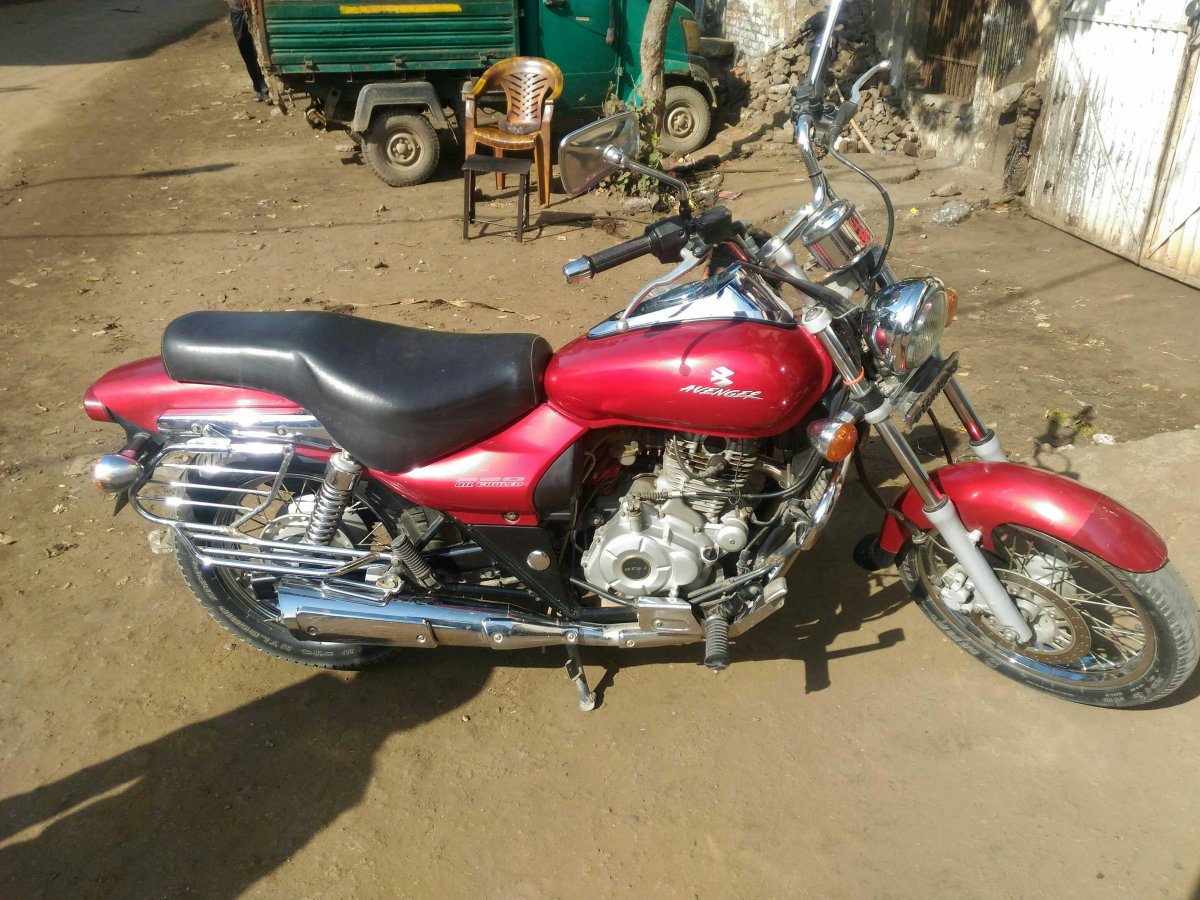 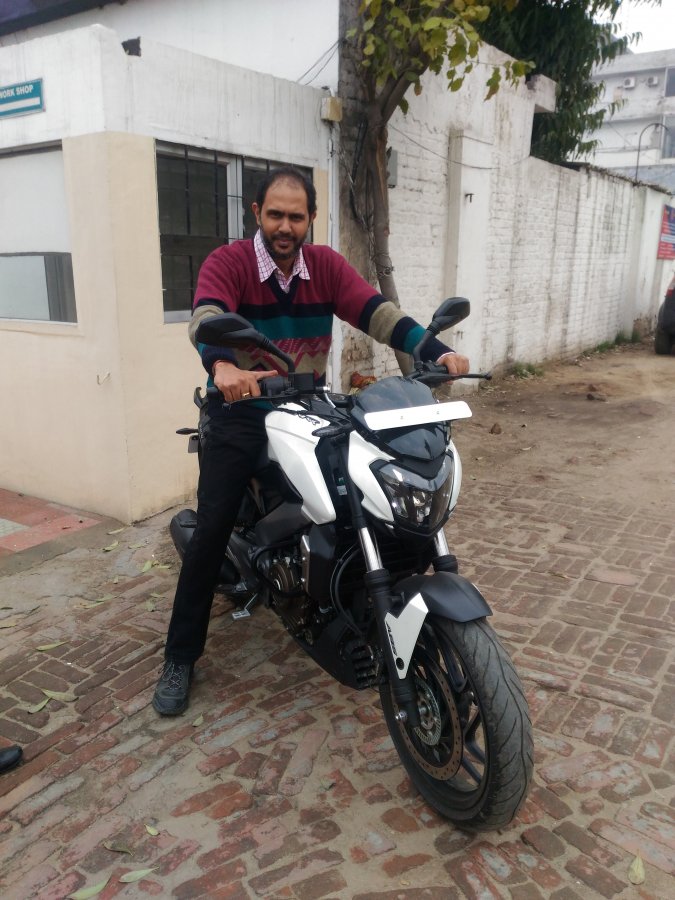 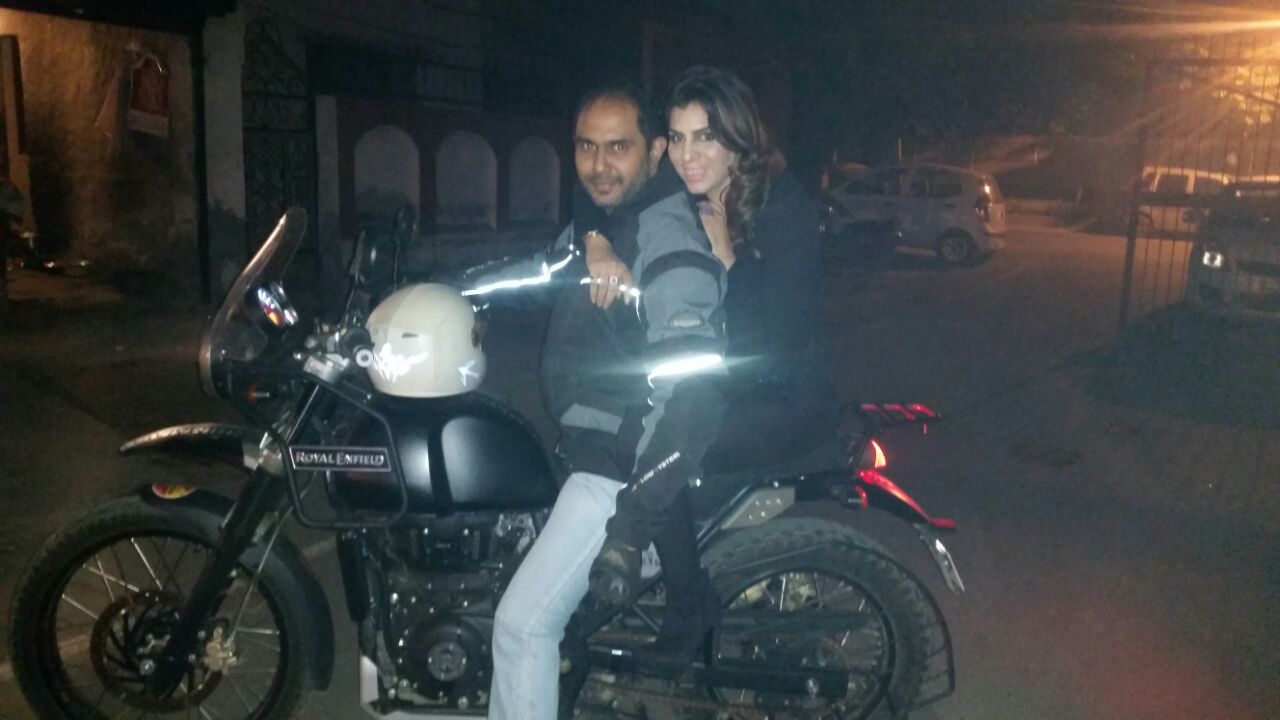 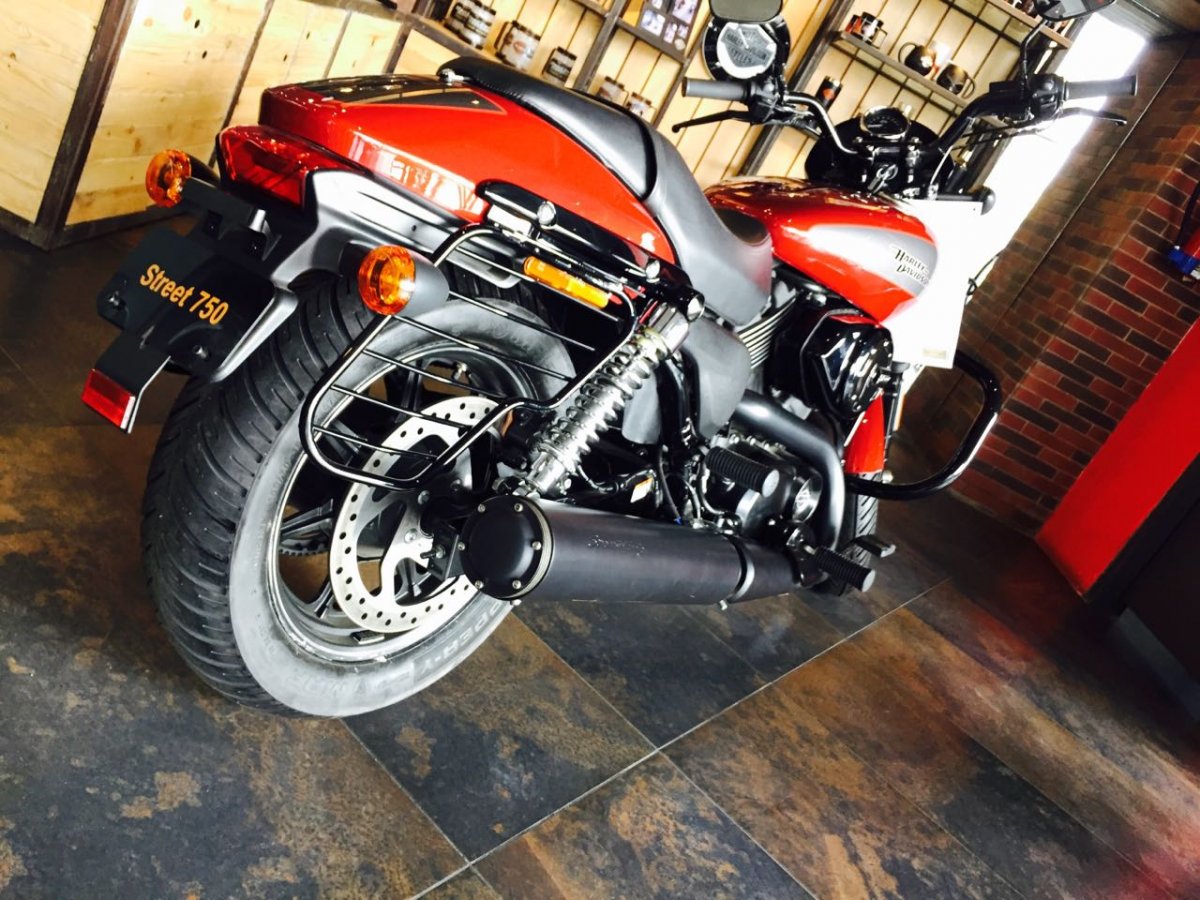 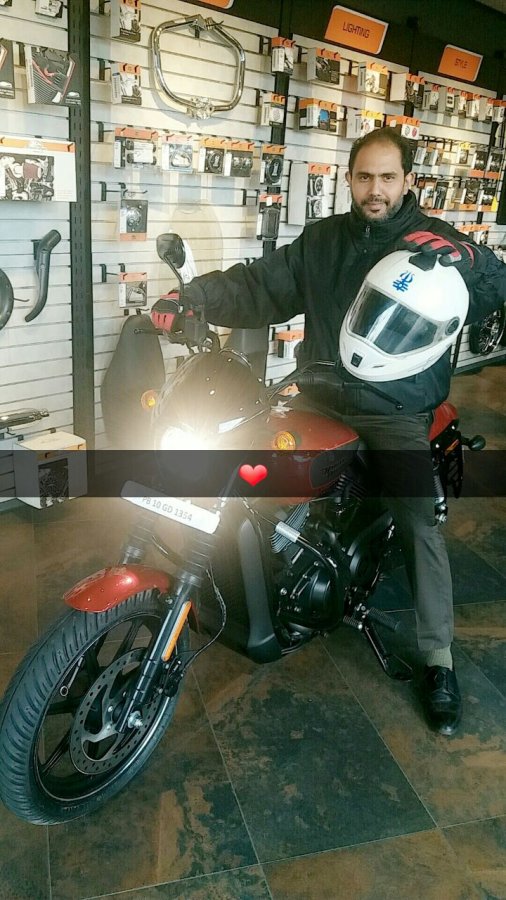 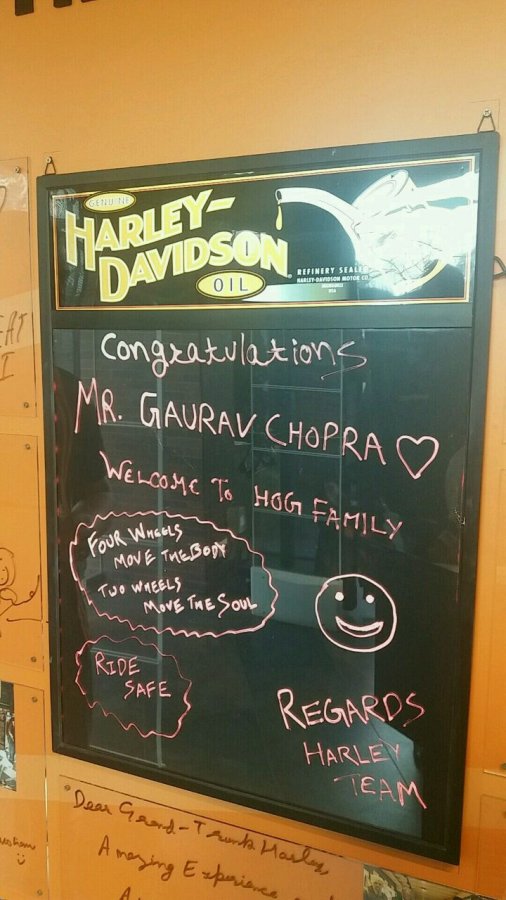 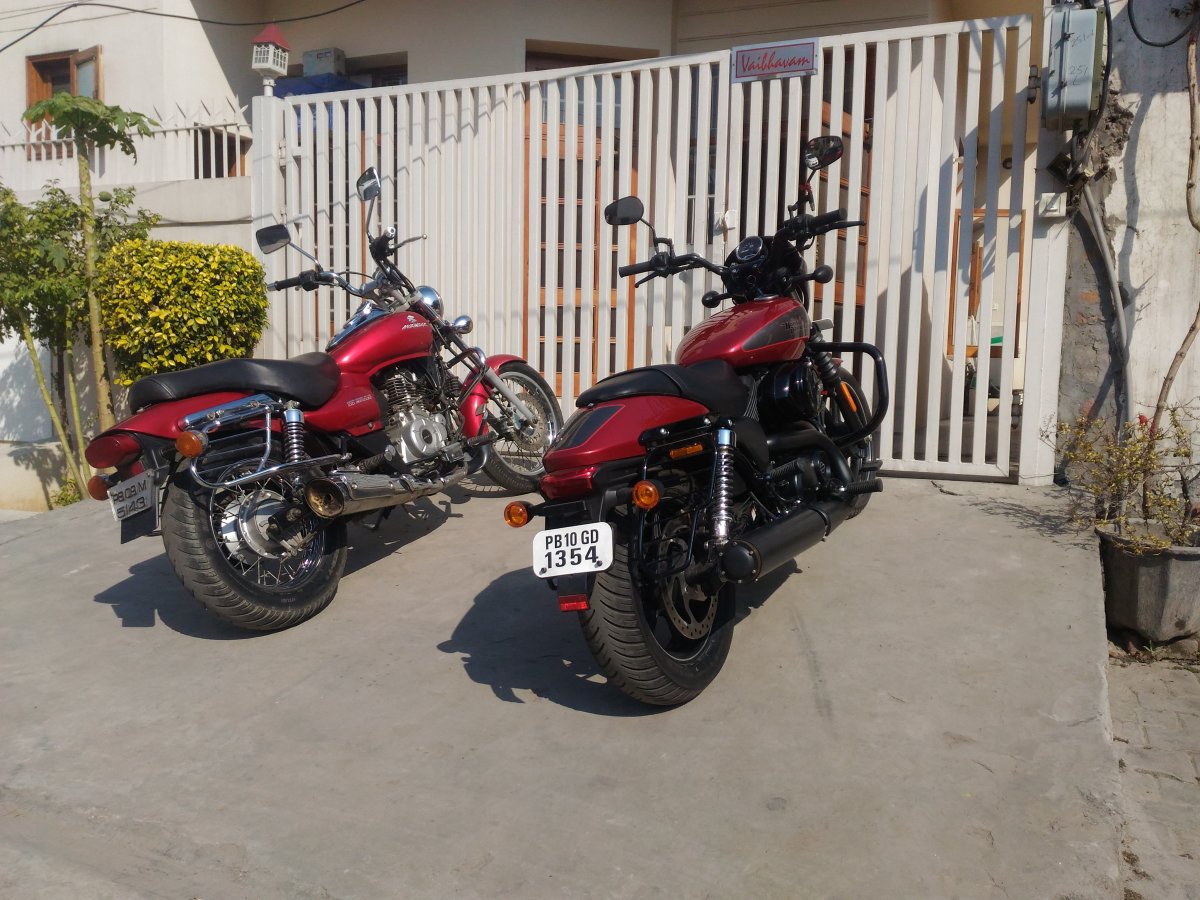 and yes sleek was the jazzziest choice back then.

If there is a SPIRIT,I RIDE it

Did a 140km ride this morning.No destination in particular-just rode where my mind took me-the road was the Ludhiana-Rupnagar(Ropar) highway along the Neelon canal.While stopped at distance of 70kms admiring the greenery by the canal,saw a small clearing with buntings shimmering in the sun.After clicking pics turned back towards the clearing which turned out to be a small Shiv Mandir-liked the aura of the place and stopped the bike under the big banayan tree,removed helmet ,gloves and shoes-paid my salutations to the deity and sat for 20minutes absorbing the fresh feel of the place.
A sewadar offered me

and I drank it slowly while watching the languid proceedings all around.
After this refreshing break,it was a constant 90kmph drone back to my place.
Odometer now stands at 435km and will take the bike for the first check up tomorrow or day after-Happy motoring guys. 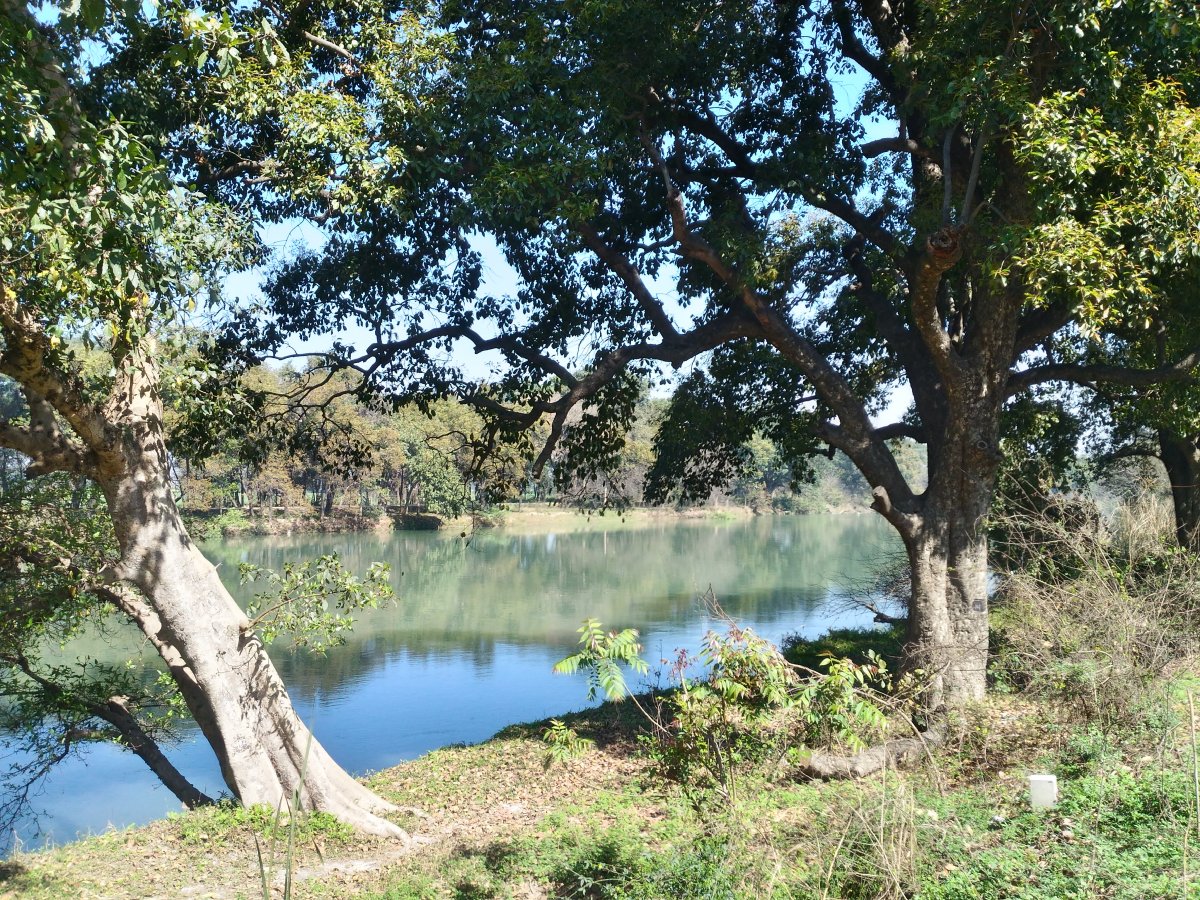 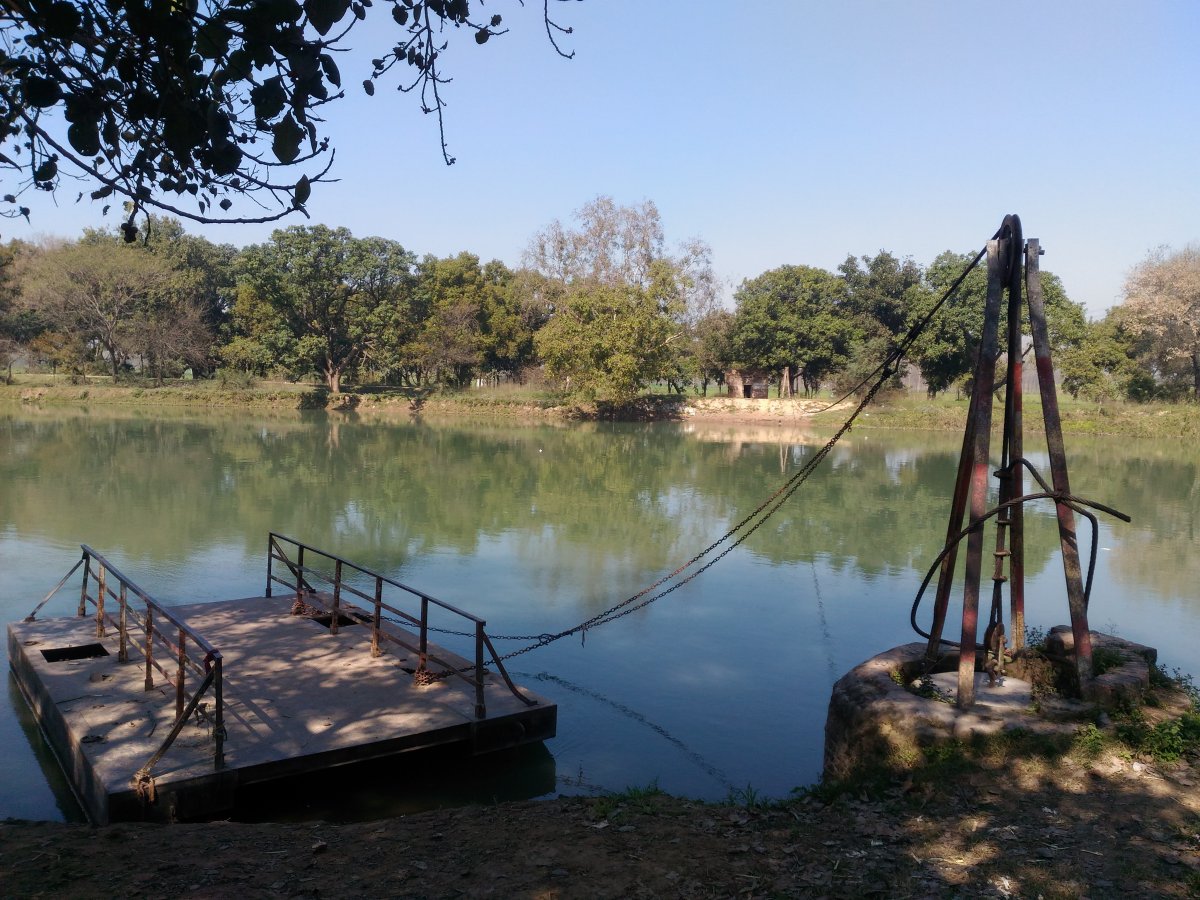 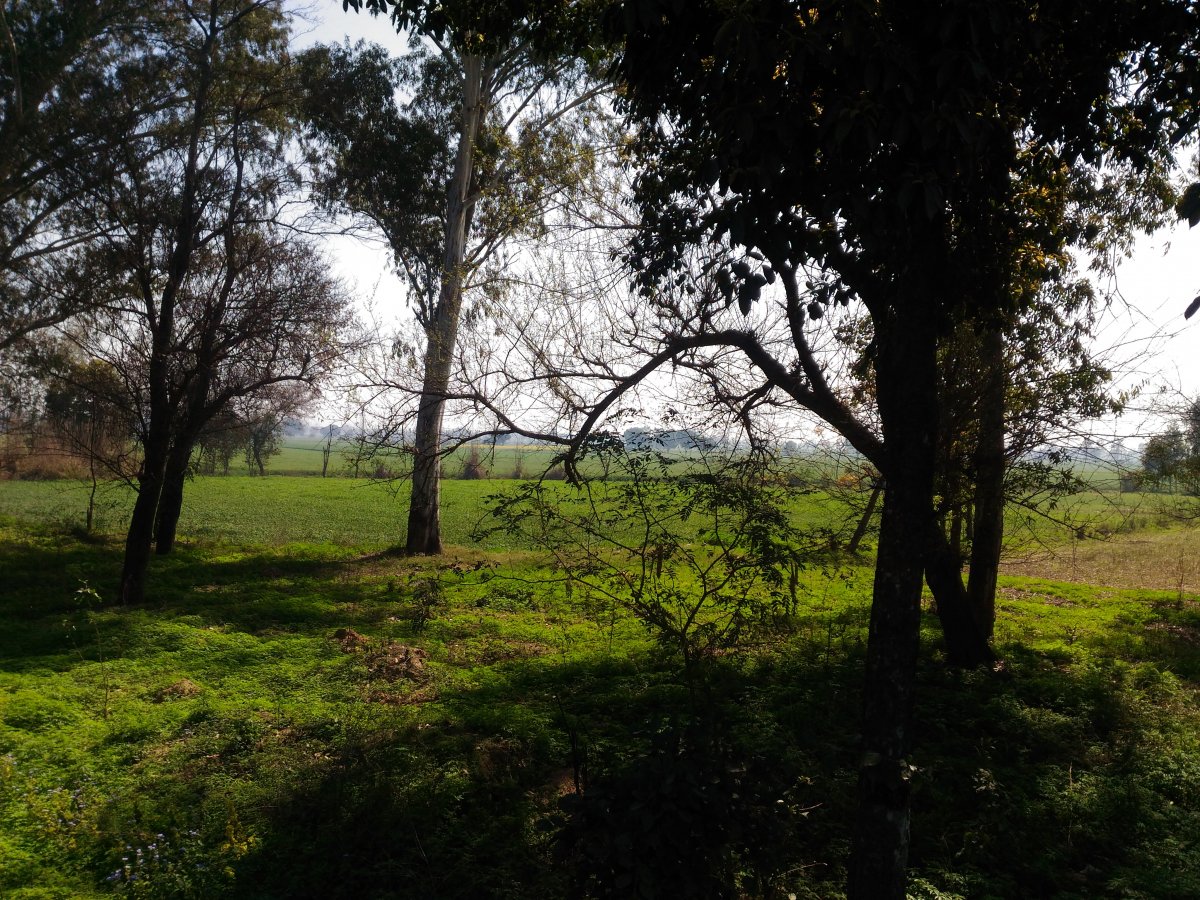 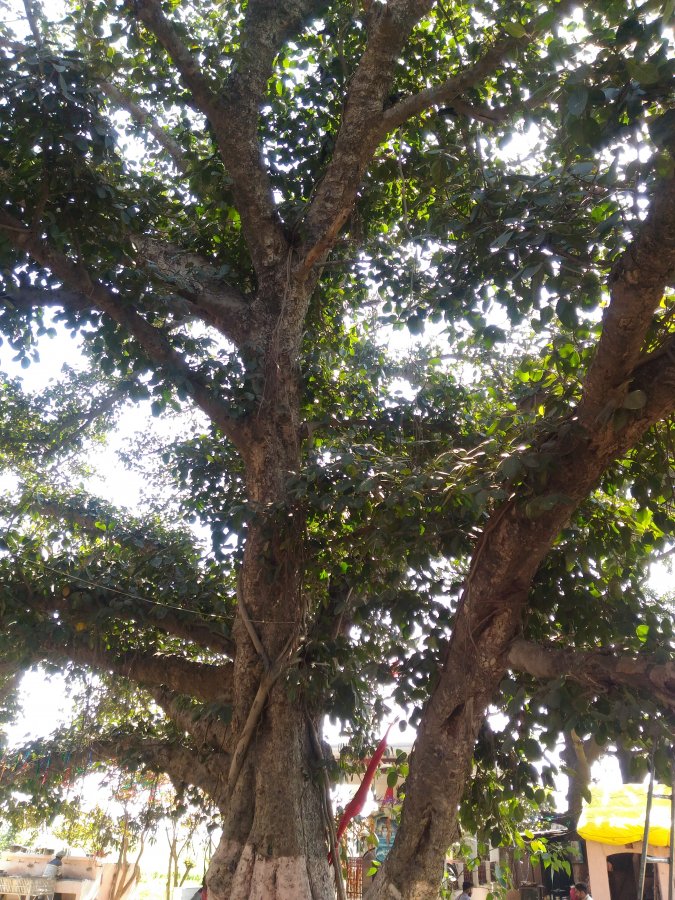 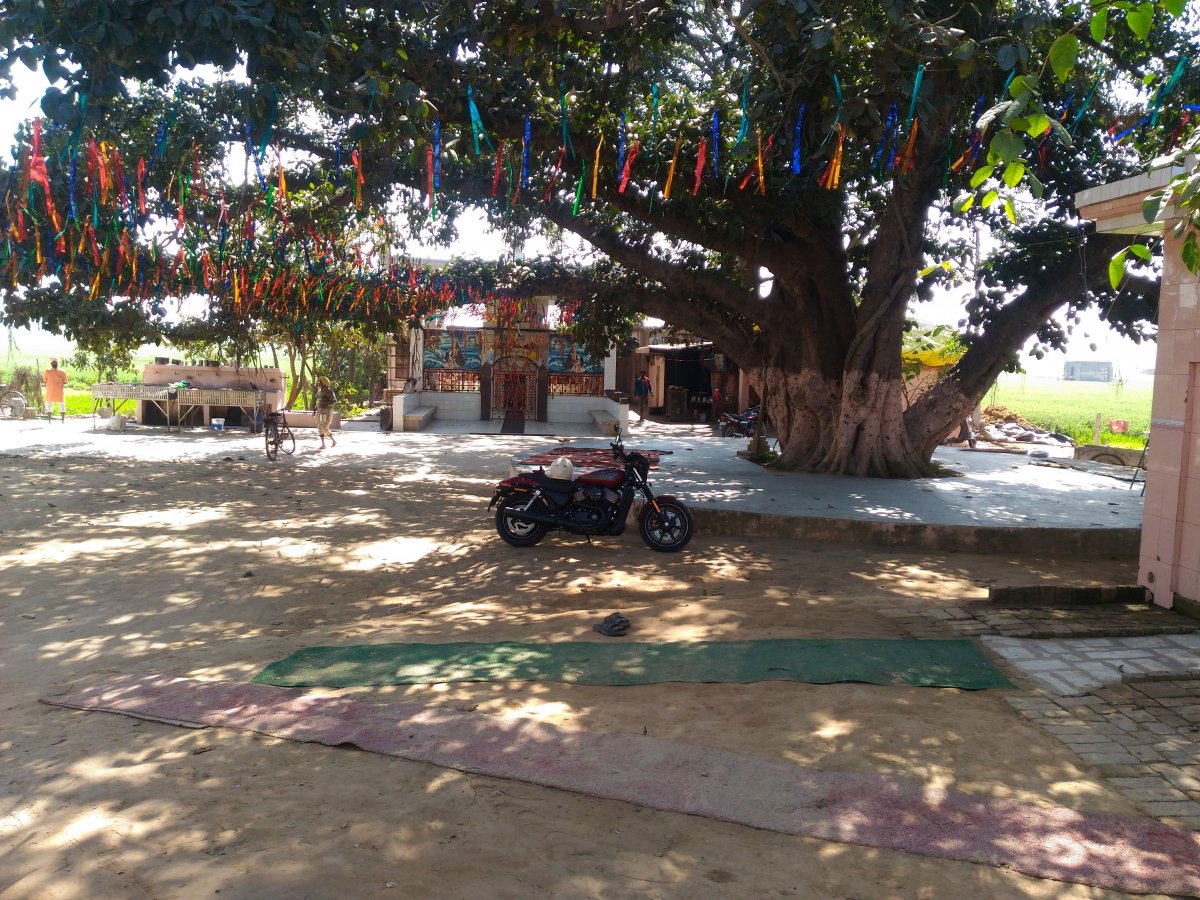 Congratulations @Gaurav Chopra for your Ride. I think Red is your Lucky color. Street 750 ko aapke paas aana hi tha because Himalayan and Dominar have no Red colors.

Vik4290 said:
Congratulations @Gaurav Chopra for your Ride. I think Red is your Lucky color. Street 750 ko aapke paas aana hi tha because Himalayan and Dominar have no Red colors.
Click to expand...

Thank you @Vik4290 .
Just by chance,the black bikes(HH Sleek,Bullet350) were sold relatively early but the red bikes(and one car ) stayed for a long time.
So I believe you got a point.