Check Out Below Link for Application:
BOOK-MY-HSRP

Watch FAQ Video on HSRP / Color Code sticker
2020 High Security Number Plate FAQ - HSRP FAQ - Hindi :
The process of online booking for high security registration number plates and colour-coded stickers for old vehicles in Delhi has been simplified by doing away with the uploading of registration certificate and one-time password, officials said. The transport department of the Delhi government, in a recent public notice, had asked owners of vehicles registered before April 2019 to get the high security registration number plates (HSRP) and colour-coded stickers without delay.

"The process of taking appointment has been upgraded to make it convenient for consumers, and it just takes approximately two minutes. However, since the chassis number and engine number are required to be entered, it is recommended to keep the registration certificate (RC) and payment options ready while making the booking on www.bookmyhsrp.com," a spokesperson of Rosmerta Security Systems Private Limited said.

Rosmerta Security Systems Private Limited is a vendor of high security registration number plates.
"The customer has the option to take a convenient date and time appointment for the affixation of plate at his chosen dealership of his vehicle brand. The payment can be made online through various platforms - credit card, debit card, Internet banking or UPI," the spokesperson said.

"The requirement of uploading RC and generating one-time password (OTP) during booking has been done away with to ease the process," he said.

Vehicles having valid HSRP can register for getting the colour-coded stickers at a cost of Rs 100. The booking for the same is likely to start soon, he said.

The list of vehicle dealers authorised to fix the number plates is available on Delhi transport department's portal.

It takes four to five days for the HSRP to be ready and delivered to the vehicle dealer. The customer will have to just go once to the dealer at the scheduled date and time to get the HSRP affixed. It takes not more than 30 minutes for the process, subject to the existing circumstances, said the spokesperson.

Over 32 lakh vehicles, including 10-12 lakh cars and 20 lakh two-wheelers, registered prior to 2019, have to get the HSRP and third colour-coded sticker plates installed. Of this, so far 3.5 lakh vehicles have complied, he said.

I applied for HSRP Sticker and i am still getting this message " order no.. not successful created".
Showroom does not have any information. HSRP is shitty people they are not responding too..

How to deal with this. Shall I apply for new one again 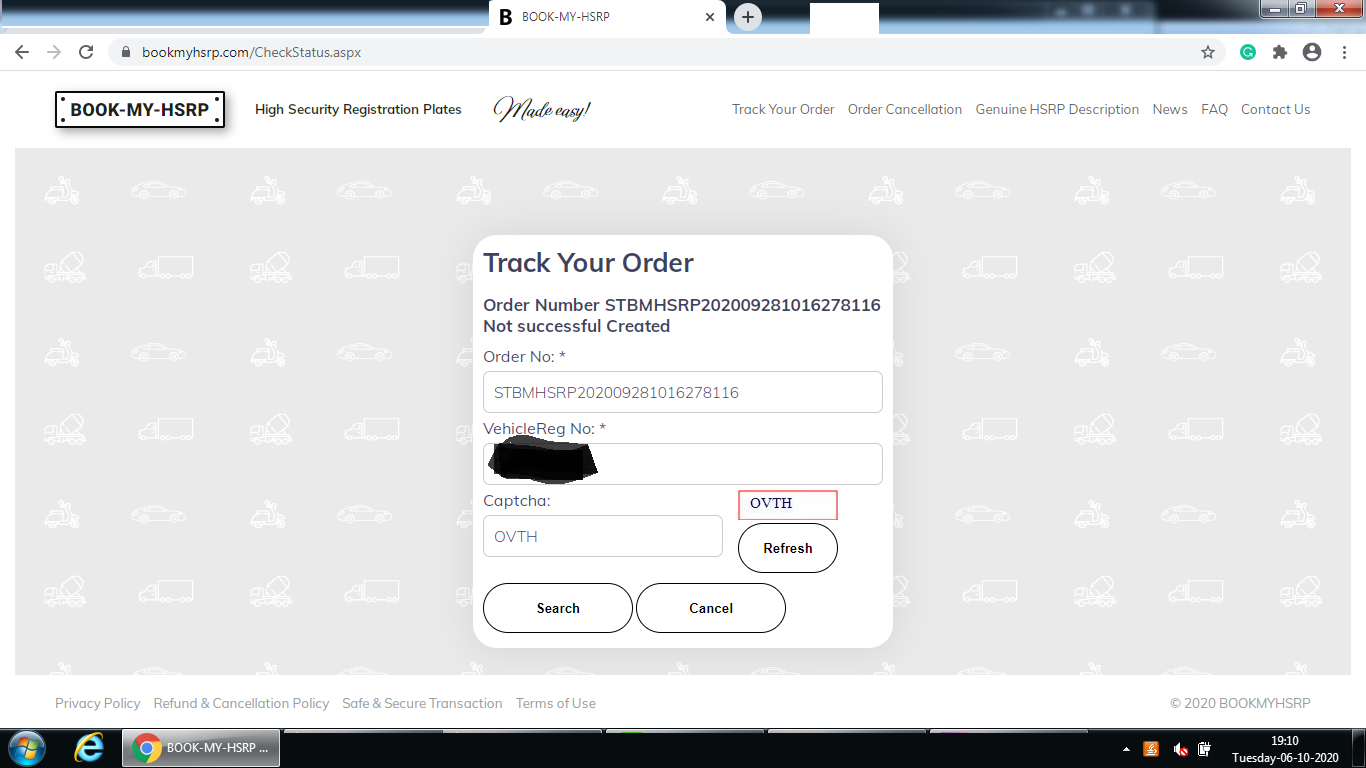 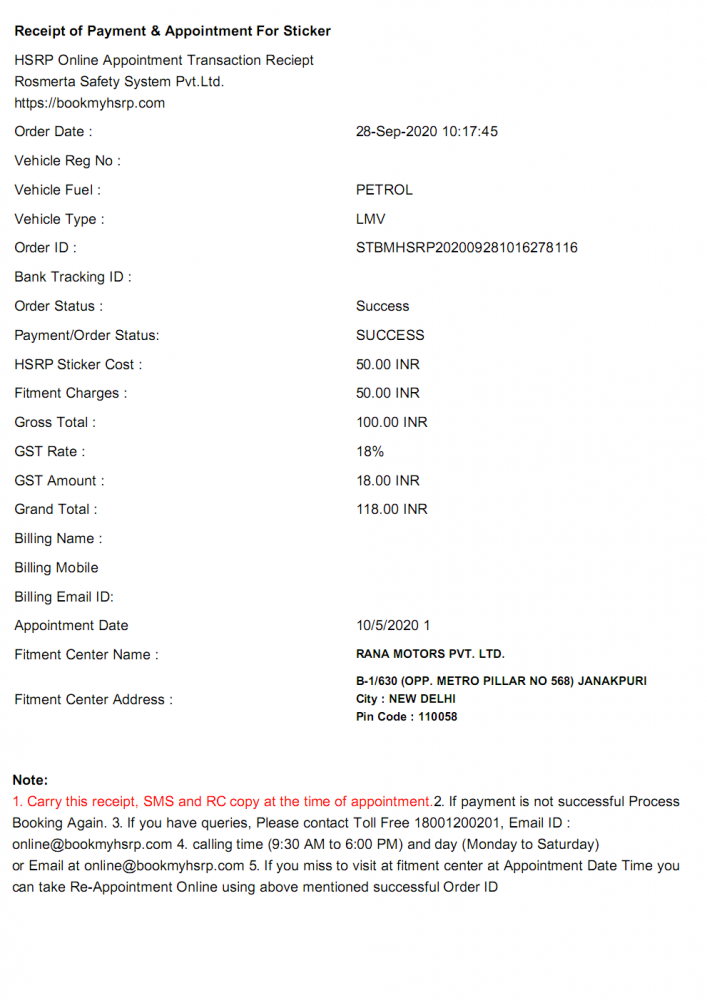 No penalty until glitches in HSRP system are fixed, says Delhi transport minister

New Delhi: Delhi transport minister Kailash Gahlot on Tuesday directed officials to ensure that motor vehicle owners are not penalised for failing to have upgraded to high-security registration plates (HSRP) and colour-coded stickers until further orders, at least as long as glitches in the system are fixed.

The direction was issued at a meeting of the Delhi government with stakeholders – also including the National Informatics Centre (NIC), vehicle manufacturers and HSRP manufacturers – which was held on Tuesday for discussions on increasing complaints of applicants not being able to avail the registration plates and fuel stickers from the 236 authorised dealers in the city, said a senior government official.
The minister also said that no new application should be entertained until the backlog is cleared and the current problems are resolved.
A statement issued by the transport minister’s office on Tuesday evening said, “The minister instructed (the) original equipment manufacturers to put a system in place for addressing the grievances of the vehicle owners. He also instructed them not to book any new appointment for HSRP fitment until a proper system is in place and also instructed the transport department to delay enforcement until further orders.”

Gahlot said, “Our objective is public convenience. It was misinterpreted by a section of people that we are immediately enforcing the HSRP rule. This created panic among vehicle owners. We have asked dealers and HSRP manufacturers not to take any further appointments until a proper system is in place. Plus, we are clear on our part that we will give sufficient time to vehicle owners to get the HSRP and colour coded stickers installed before enforcing the HSRP rules.”
A spokesperson of Rosmerta Safety Systems Private Limited – a manufacturer of HSRP – said, “As instructed by the minister, we are putting a system in place addressing the grievances of the vehicle owners and not taking any new appointment for HSRP fitment till further notice… We are submitting the standard operating procedure, (and develop) mobile application and (a) doorstep home fixation system this week. Further, vehicle owners who have booked the plates till today will get them in the next few days.”

On September 23, the Delhi government had issued a public notice asking vehicle owners to avail HSRP and colour-coded stickers at the earliest in order to avoid being penalised under existing laws but it did not mention any deadline in the notice.
Between September 23 and October 5, around 40,000 vehicle owners in the city have applied for HSRP and stickers and around 32,000 of them have so far succeeded, leading to a backlog of at least 8,000 at this point, said a senior official in the transport department. The official added that for the past few days there have been numerous complaints about dealers turning away applicants on time slots booked by them and refusing fresh applications.
The official said there are around 3.2 million vehicles in Delhi — commercial and private — which are supposed to have high-security registration plates. These include around 1.1 million four-wheelers and 1.9 million two-wheelers, while the rest include auto-rickshaws, e-rickshaws, buses, trucks, and others. The rule applies largely to vehicles registered before April 1, 2019, as vehicles registered after that date are mandatorily equipped with HSRPs and stickers, the official said.


No penalty until glitches in HSRP system are fixed, says Delhi transport minister 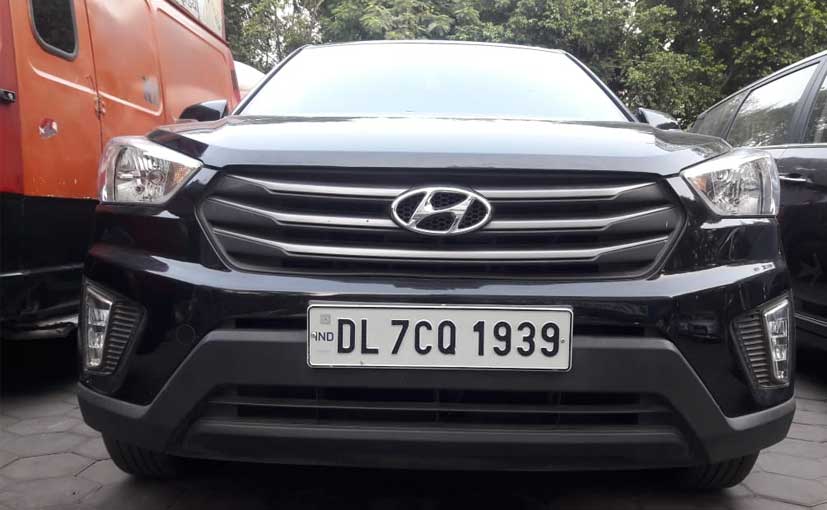 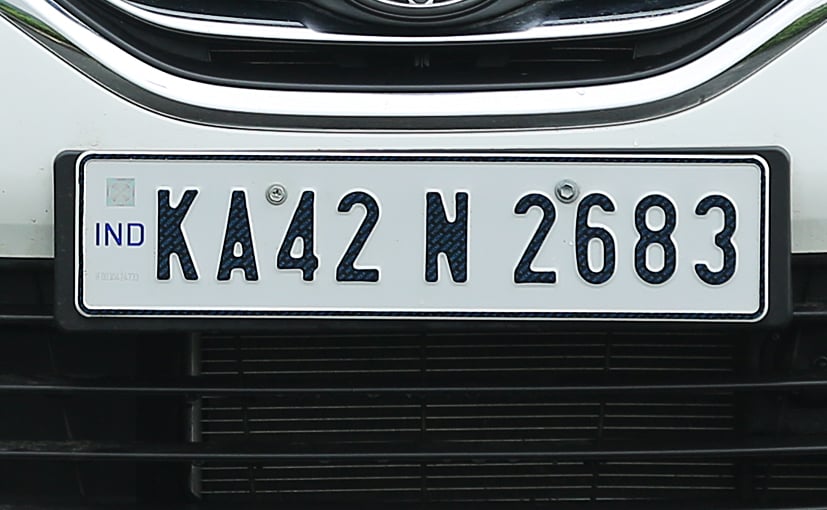 jammbuster said:
I applied for HSRP Sticker and i am still getting this message " order no.. not successful created".
Showroom does not have any information. HSRP is shitty people they are not responding too..

How to deal with this. Shall I apply for new one again

He will take some action in your case.

If he is not able to do anything,

He will take some action in your case.

If he is not able to do anything,