pulsarider said:
so how many kms till Triambakeshwar from Mumbai taking this route?

202 KM till Trimabakeshwar Temple...but after Ghoti, Vaitarna route is completely free of any vehicular traffic and road is in very good condition.


roamer said:
Super captures of the 'Utah'. Sahyadri range in Nashik looks always rugged!
and Ghoti-Vaitarna is always pleasure to drive on!
Click to expand...


IceAge said:
Why are they flowing in an installment ?? Let them flood!!
Click to expand...

Din Malekar said:
Do something Joshee Sir...or may be your office network does not allow to view photographs from Imageshack
Click to expand...

Yes sir, office network does not allow images from Imageshack.

First thing I did as soon as I reached home was to see the T`log as I knew I was missing some nice pictures. Nice captures out there!!.

First thing I did as soon as I reached home was to see the T`log as I knew I was missing some nice pictures. Nice captures out there!!.

Beautiful pics , thanks for sharing

Some info till Trimbakeshwar

After the darshan, we left from Triambakeshwar at around 9:45 am. Well now we had to reach Aurangabad and we knew that the ride is not going to be comfortable, with summer season and barren land. So off went to Aurangabad.

On the way to Aurangabad, there is a place called YEOLA. Famous Paithani silk saris are woven over here. We stopped at Soni Paithani Saree shop in Yeola market. And spent close to two hours, getting confused, thinking, choosing, fretting over which colour to buy and for whom. Shopping for saris is a tiring thing to do.

Nothing much to click so thought of clicking Milestones to give better idea about the route.

On The way to Yeola..thought of clicking this. 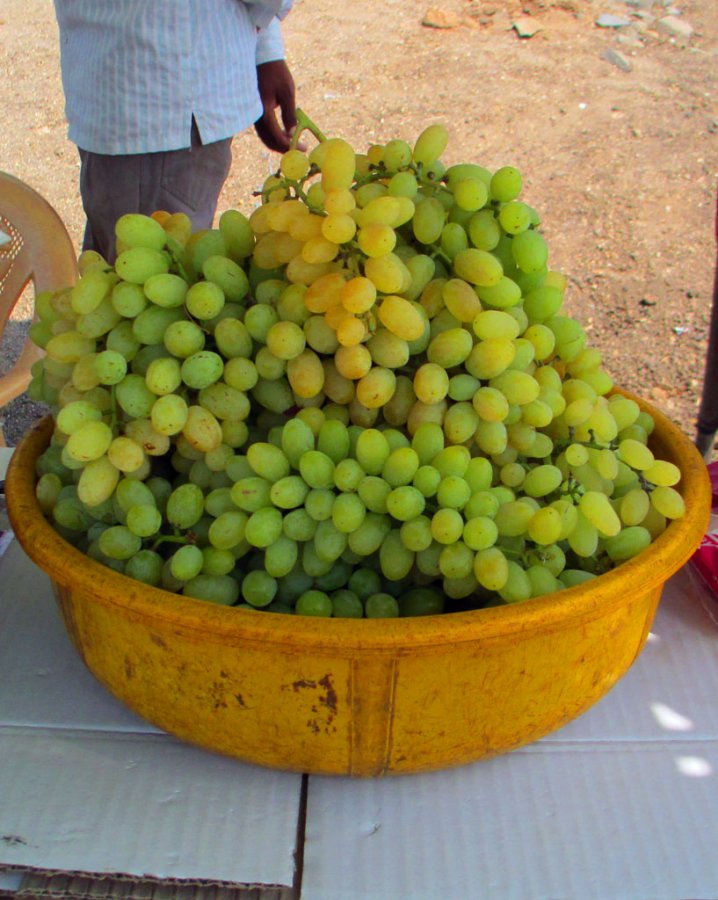 Off To Vaijapur (Lunch Stop) 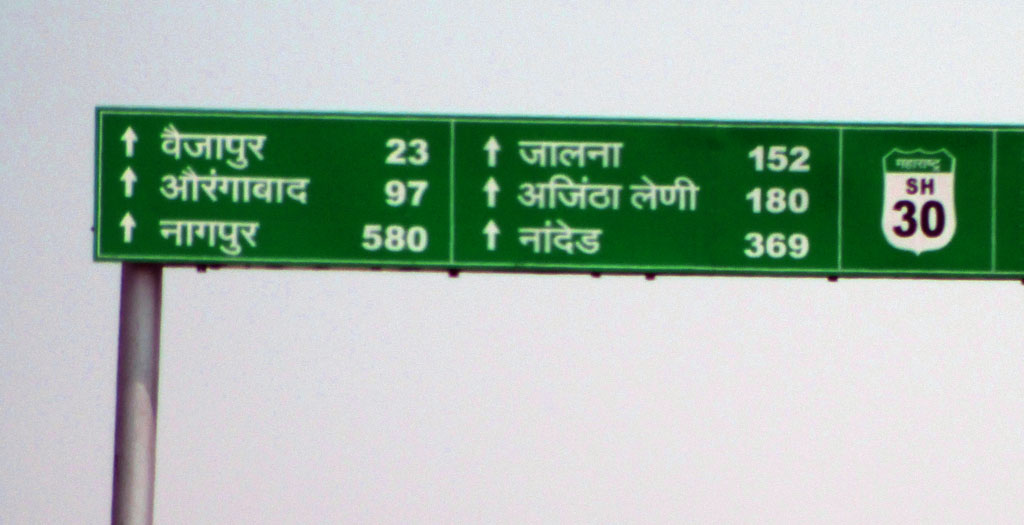 We had to stop for lunch somewhere, but as it was dhuleti on 27th, most of the hotels were closed, even small dhabas were closed. We kept on driving, starved, with sweaty backs and violaa...we found a hotel at about 2 PM after Vaijapur. We ordered for farm grown veggies and rotis. In such places it is always to have Vegetables that are grown over there, so they have to prepare fresh food. 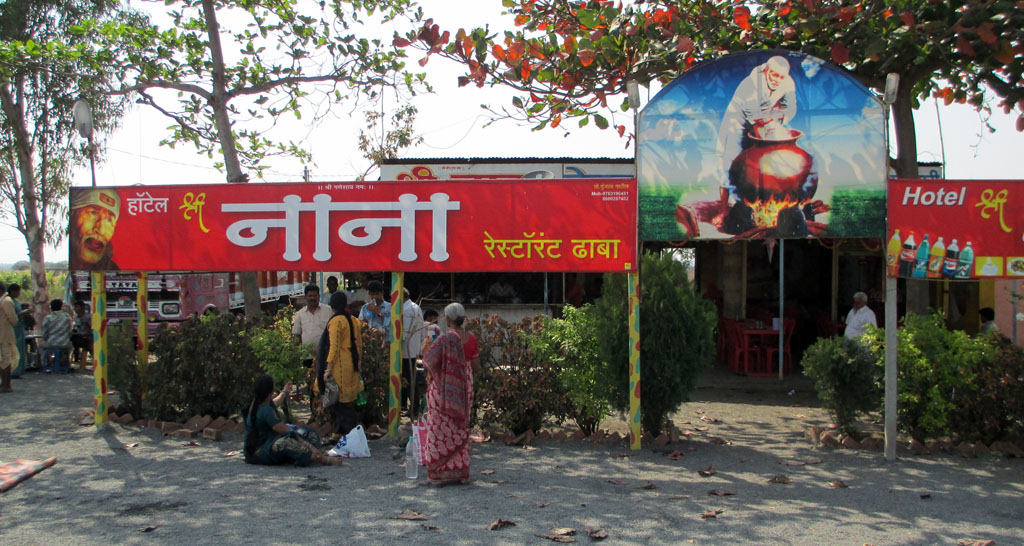 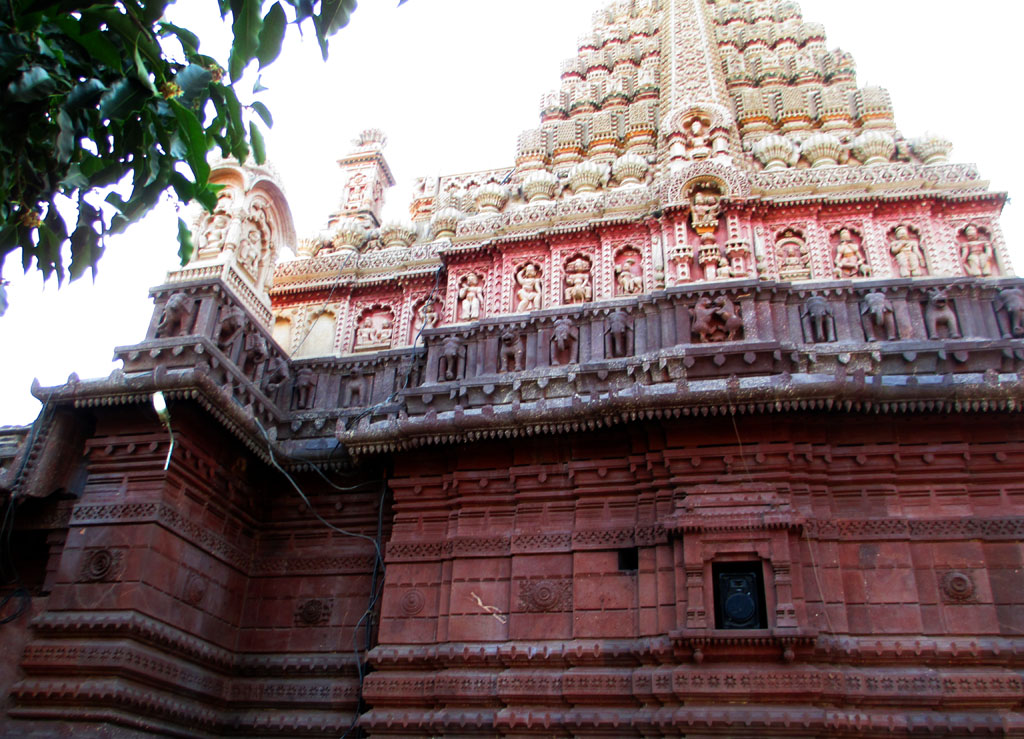 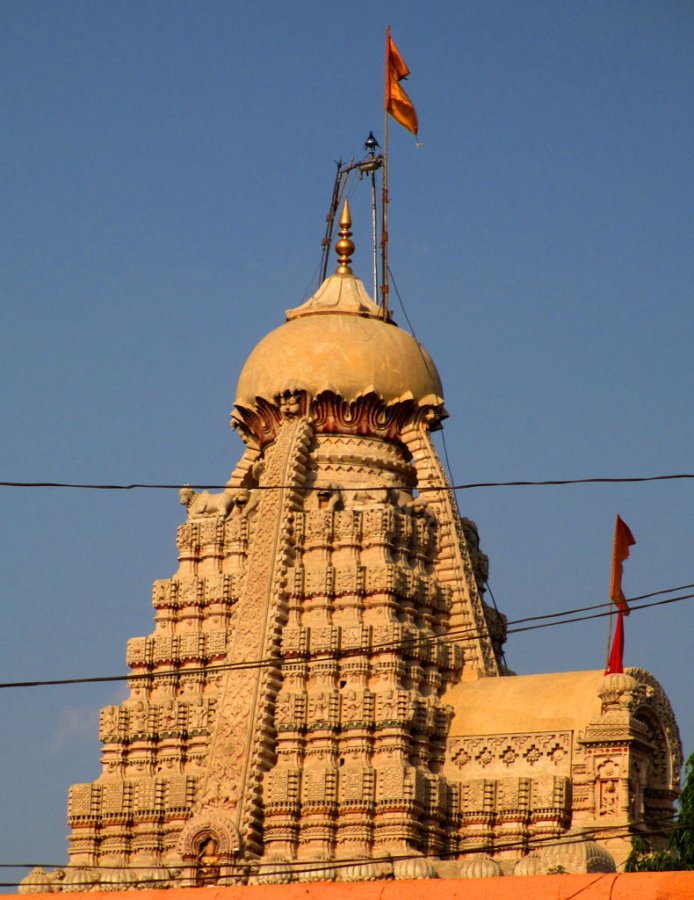 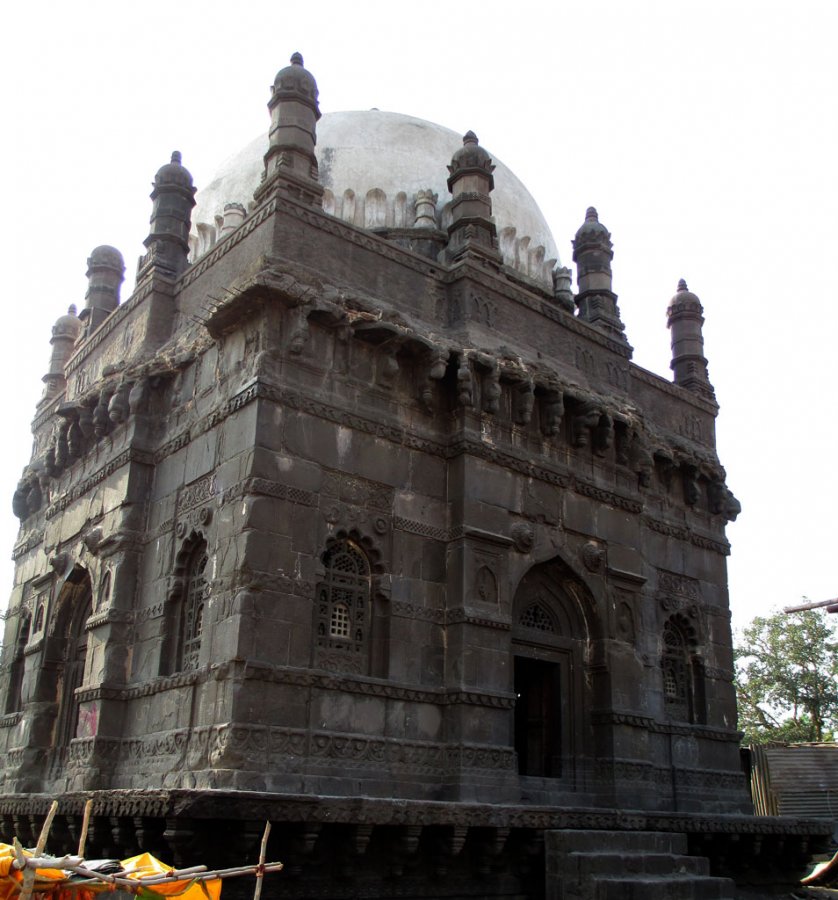 Ghrishneshwar- Is the last of 12 jyotirlingas, situated near Ellora Caves, Aurangabad. Road from Nashik to Aurangabad has some bad patches, but the heat really burns your skin. There is a story that when parvati was applying sindoor, she mixed the river water with the vermillion in her hand using the thumb , and while doing so, the drops that fell on the ground took the form of Shivlinga. Pravati named this linga as Ghrishneshwar, because it was created by the friction of her thumb.

The temple that we see now was built/renovated by Ahilya Devi Holkar. She has re-built most of the Jyotirlinga temples and the architecture is simply mindblowing. In those days people never did courses in learning such skills but they built such beautiful temples. The Shivalinga over here is covered with Gold and it shines. Energy levels in the temple and surroundings are so highly active that one can feel positive vibes everywhere you go.
Last edited: Jul 22, 2017

Daulatabad Fort is atop that unique hillock!


SachinOnTop said:
Daulatabad Fort is atop that unique hillock!
Click to expand...