Yes, there will always be supply when there is a demand. However, those fulfilling that demand have to at least make a conscious effort to not to kill of the very thing which is supporting their business, environment. Else there just there for a quick buck at the expense of everyone and everything and shouldn’t be crying foul when they are kicked out one fine day.

Yogesh Sarkar said:
Yes, there will always be supply when there is a demand. However, those fulfilling that demand have to at least make a conscious effort to not to kill of the very thing which is supporting their business, environment. Else there just there for a quick buck at the expense of everyone and everything and shouldn’t be crying foul when they are kicked out one fine day.
Click to expand...

I would hope that people would think about the consequences of their actions. But most of them do not see beyond their personal gains.Unfortunately, Court actions cannot totally undo the damage they have already done. Onus should also fall on regulatory authorities who approved all the design and construction. Unless they are held accountable too, these things will keep on happening with their connivance.

The middle of March generally marks the onset of the tourist season in Dharamsala. However, hotels and tourism industry here is dejected.

Sanjeev Gandhi, general secretary, Upper Dharamsala Hotel Association, while talking to The Tribune, said in March a lot of foreign tourists used to start pouring in the Dharamsala region. However, this year even the Dalai Lama teachings have failed to attract foreign tourists to Dharamsala.

While about 50 per cent of the hotels have lost their power and water connections and are closed, the rest are witnessing just 10 per cent occupancy. The fall in tourist inflow in Dharamsala region is a matter of serious concern for the hotel industry which is a major employment generator in the area.

Deepak Kumar, running a hotel booking agency, said that the upper areas of Dharamsala like Dharamkot and Upper Bhagsu used to be overflowing with tourists in the month of March. However, this year even these areas are also having very less tourists. A major reason for this is that the message has travelled among foreign and domestic tourists that most of the hotels in the region are closed. Due to it the tourists are avoiding Dharamsala region.

Interestingly, despite strict action taken by authorities against the illegal hotels in the region construction work was going on in some of the illegal hotels. Some of the hoteliers alleged that it was due to the people who are resorting to illegal constructions that the entire industry was suffering. They have also blamed the authorities for not taking action against such erring hoteliers in time.

In the recent past, members of the hotel association of Dharamsala had met Chief Minister Jai Ram Thakur. They had requested the CM that the Dalai Lama should be asked to hold more teachings in the Dharamsala region and the state government should facilitate it as it can boost the tourism and provide employment to people of the region.

There was a demand that more events should be organized to attract the tourists. Earlier, a summer festival was organized in Dharamsala but during the stint of the previous Congress government the event was abandoned.

After representations from the hoteliers, the Himachal Cabinet had decided that instead of the entire hotels only the illegal portions of the buildings would be sealed. However, the Cabinet decision is not likely to bail out the hotel industry in Dharamsala as many of the hotels constructed in the core area of McLeodganj were totally illegal.

The state government has also announced that it would develop a vision policy for the development of various tourism zones in the state.

It was being said that the policy proposal would be sent to the union government for financing. However, the policy is likely to take a lot of time and before that the state would have to do something on its own to boost tourism and save the sector that provides direct and indirect employment to highest number of people in the state.

While about 50 per cent of the hotels have lost their power and water connections and are closed, the rest are witnessing just 10 per cent occupancy.


‘Unless you remove 4-5 people, nothing will fall in line’
The Supreme Court on Wednesday suggested that the Himachal Pradesh government should take action against those officials who were posted in Kasauli when illegal constructions came up there and sought their names and designations.

A Bench of Justices Madan B. Lokur and Deepak Gupta told the Advocate-General of Himachal Pradesh, “Unless you take action and remove four-five people from service, nothing will fall in line.”

The Advocate-General placed a status report saying the demolition of unauthorsied constructions in several hotels at Kasauli was going on in full swing and a committee of Public Works Department (PWD) officers has been formed to deal with difficulties that have cropped up during the demolition drive.

On May 1, Assistant Town and Country Planner Shail Bala Sharma was shot at by the owner of Kasauli’s Narayani Guest House when she had gone to supervise the demolition of unauthorised construction. She later succumbed to injuries.

Another government official accompanying her had sustained serious injuries. The accused was later arrested.

Senior advocate P.S. Patwalia, who is assisting the court as amicus curiae, said the Himachal Pradesh High Court was dealing with issue related to illegal constructions in places like Dharamshala, McLeodganj and Kasol in the State.

The Bench asked the State to file a status report on the questions raised by it and posted the matter for hearing in the first week of August.

Illegal Construction Notice to be issued to the concerned parties in Shimla.
Normally Hotels / resorts come under the scanner.

Kullu-Manali hoteliers have threatened to stage a protest against the state government if their demands were not met. They held a general house meeting in Manali town on Thursday to discuss the issue.
The hoteliers are demanding regularization of unauthorized structures or amendment to the TCP (Town and Country Planning) Act so that they get some relief. The hoteliers are facing difficulty ever since Himachal High Court and the National Green Tribunal took a tough stance against unauthorized structures.

The previous government had brought retention policy giving one-time settlement for the illegal structures in the state but due to intervention of the state High Court it could not be implemented.
Apart from this, they are demanding speedy repair of the road on both right and left bank of the Beas between Kullu and Manali for smooth flow of traffic.

Anup Thakur, president, Hoteliers Association Kullu-Manali, said that the state government was not serious in resolving the issues of hoteliers, which they were facing since long. Due to apathy of government, tourism industry of Kullu-Manali was suffering.

“We met and requested the chief minster four times and the forest minister six times regarding regularisation of the structures declared unauthorised by various government agencies. All that we got was sympathetic assurances that relief would be provided. But no concrete solution has come up so far.”

“The government has neither appealed against the orders of the High Court regarding retention policy nor considered relief by amending TCP (Town and Country Planning) Act. The general house has resolved to begin an agitation if we do not get positive response from state government within 15 days”, he remarked.

“Apart from this, the recent rains had disrupted the road communication badly. Both left and right banks road from Kullu to Manali have been badly damaged. The repair work is in progress, but the pace is very slow, especially the restoration work at Kalath and the second bridge at Manali. Only a few labourers are working at the bridge site Manali” he added.

The National Highways Authority of India, Sub Divisional Magistrate, Manali, Deputy Commissioner Kullu and Forest Minister Govind Thakur have been requested to look into it on priority and get the repair work done a on war footing. 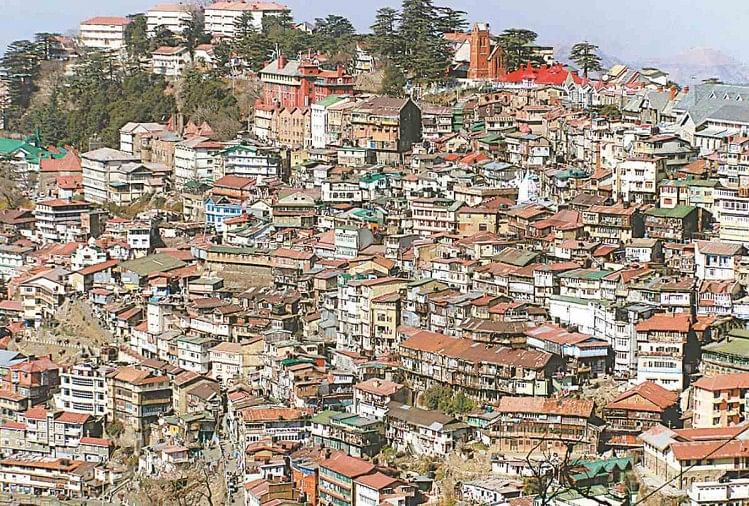 Uttarakhand: State Pollution Control Board Notice To 105 Ashrams And Dharamshala