How to properly use Image Stabilization (IS) in Digital Cameras

Optical Image Stabilization or OIS/IS as it is commonly referred to, has been quite a boon for digital photography enthusiasts, as it enables photographers to shoot handheld photographs at very slow shutter speed, which would otherwise be impossible to capture.

Benefits of Image Stabilization (IS) in Digital Cameras

The two photographs below, which were shot at the Bhugotu tent dhaba at night. Where the only source of light were two kerosene lamps, would have been impossible to capture without optical image stabilization. With ISO cranked up to maximum my camera could support (ISO 1600), the camera was still showing very slow shutter speed (½ - ¼ seconds). Use of a tripod would have killed the mood as every body would have started posing for the camera and with the flash, I wouldn’t have been able to capture the ambient light, which is the essence of this photograph. However all four photographs that I captured at that moment, came in sharp, in focus and without a hint of hand shake, thanks Image Stabilization. 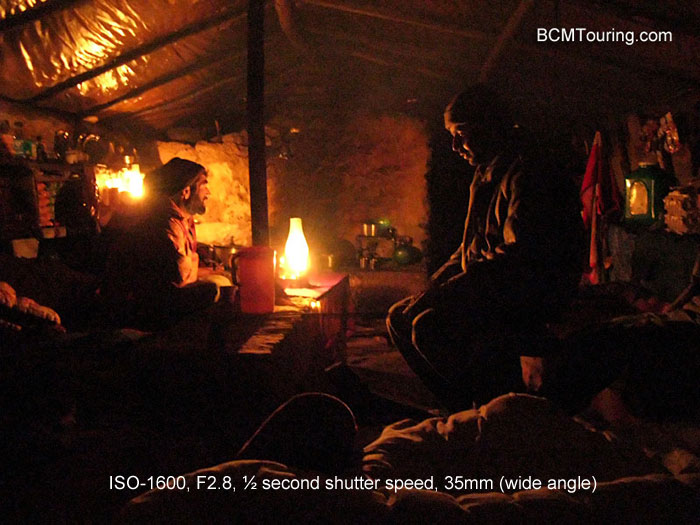 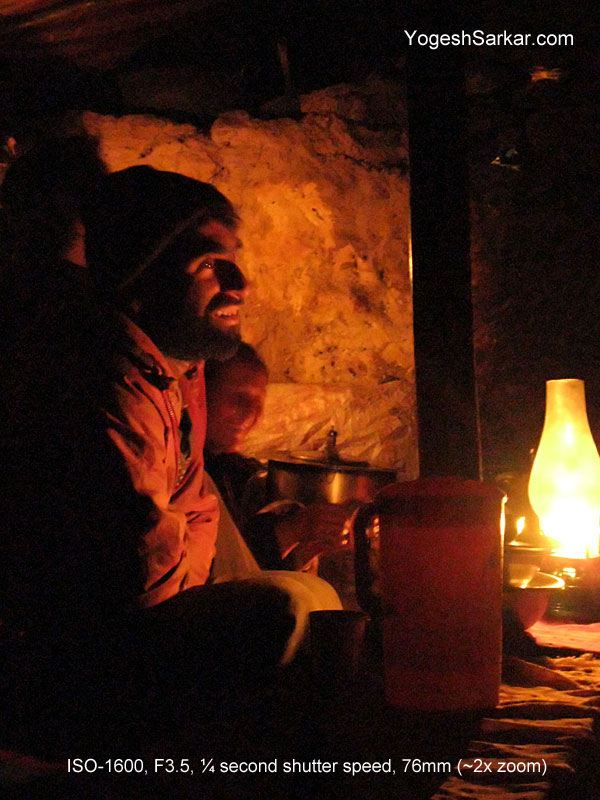 How to properly use Image Stabilization (IS) in Digital Cameras

While the Image Stabilization was a boon in above scenario, it can turn out to be a bane if you do not use it properly.

For instance, in photographs, where the exposure is for a second or longer, the image stabilization can actually end up blurring the photograph. 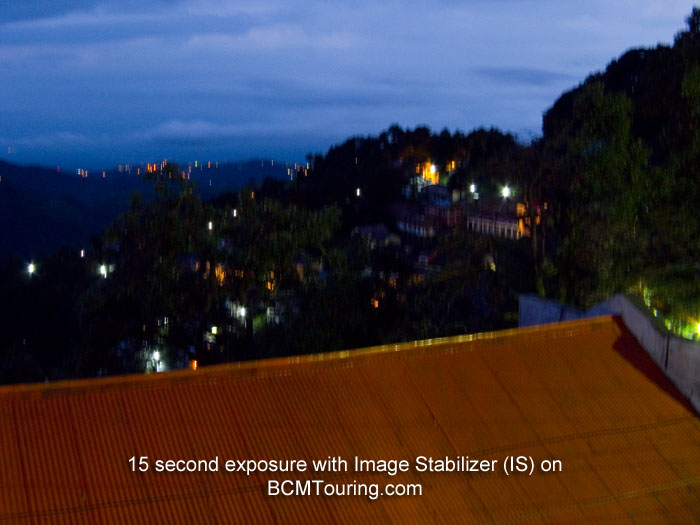 This is due to the fact that image stabilization is constantly at work, trying to counter momentum/shakes, even when it is placed on a solid surface or tripod, which is normally the case in long exposure photographs. Turning off the image stabilization in such a scenario, can actually help, as you can see in the photograph below, taken a couple minutes later at the same settings. 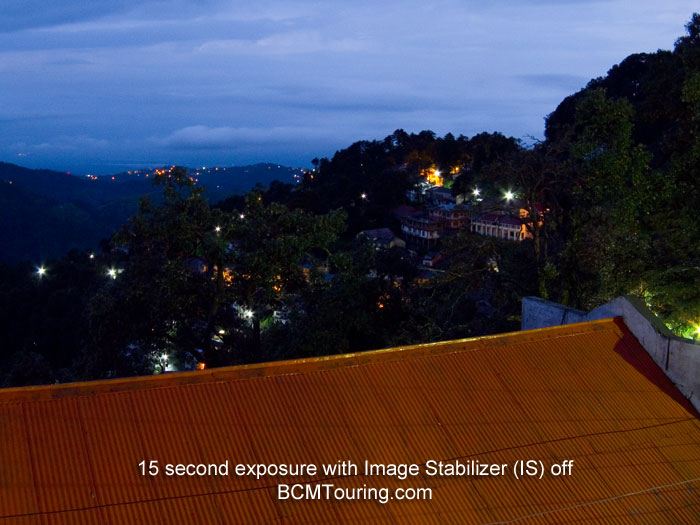 So if your camera has Image Stabilization (IS) or are about to purchase one, keep the following points in mind:

Good info ... !! Wil try it out next time ... I think my cam has digital image stabilization!

Which camera do you have?

That's useful info.need to check how to turn the IS off now

If it is EX-S10 then I don't think it has IS, but it does have "Auto Shutter", don't know what exactly mean by this

Let your Casio Exilim do the thinking for you. With Auto Shutter functions, your camera will detect the perfect time to snap your picture. The new Casio Exilim cameras are equipped with Auto Shutter Functions that will make blurry pictures a thing of the past.
Click to expand...

Not really sure if it just delays the shutter release action the time till there is no momentum or it just uses a software to try and reduce blur. What ever it is, I would be a little hesitant to use it. You might want to check by turning it off to see if it makes a difference or not.


dheeraj said:
That's useful info.need to check how to turn the IS off now
Click to expand...

Which camera do you have?
D

In Canon and Nikon DSLRs, the camera body doesn't have IS, it is the lenses which have IS. Check your lens, it will have a small switch to turn on or off the IS.

Yeah, but if you have the Oly - then you DO have IS within the body only - its kinda logical, no?

hitanshu said:
Yeah, but if you have the Oly - then you DO have IS within the body only - its kinda logical, no?
Click to expand...

So does that mean Canon & Nikon are illogical?