In the land of religion, war and KamaSutra

What a rocking weekend it was! Iron Maiden on Saturday and a Halebidu Belur ride on sun/mon. No, this trip log is from a ride done in March 18-19 frame, got too lazy to post earlier 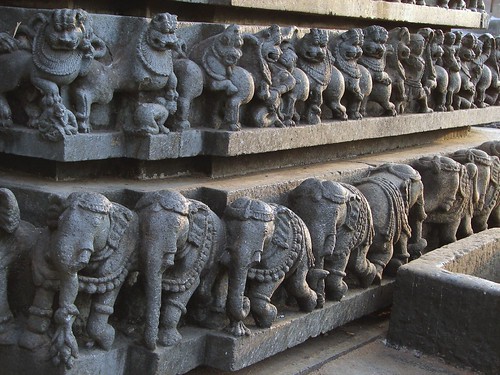 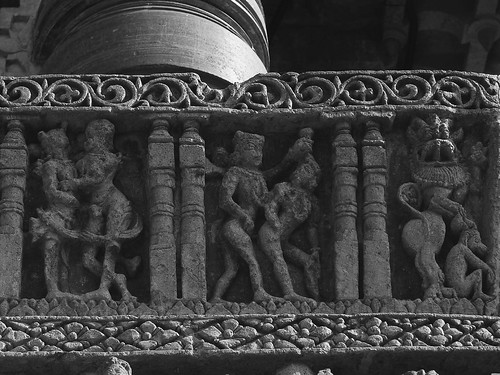 The idea to ride to HaleBidu & Belur originated while I was going thru the Outlook traveller. It was a long weekend Ugadi being on Monday the 19th, but I had only two days in hand as I was attending Iron Maiden concert on saturday.The distance to these places made them a good choice for the ride.

Another bulleteer friend Kartik was coming along and that was the only company I had.

However, when I got back from the Iron Maiden concert Vasanth called up and told that he'll be cutting short his Wayanad plans and joining us on our ride.. Cool - still better. Who says three is a crowd

So the ride began on sunday at 9.15 from Koramangala. The only difficult part was to reach Nelamangala junction, after which it was smooth roads with lesser traffic. We had a tea break at Prashanth's native kunigal where he joined us for tea. Meanwhile Vasanth was on his way to join us on NH48 from Mysore highway, a rather long 30 minutes tea break and we bid goodbye to Prashanth. A few minutes later Vasanth met us after Nelligere.

Lunch break at Kamat, from where the next break was only after Hassan on smooth and scenic Hassan-Belur road. 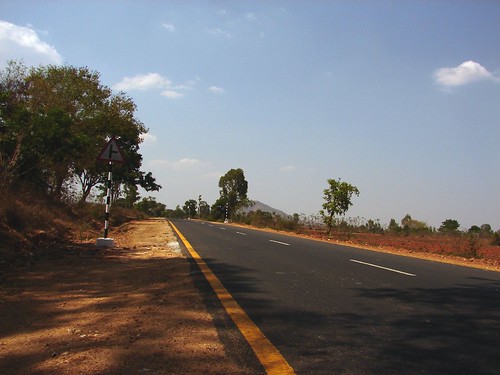 The speeds were good on the twisties. And before our appetites for more of these roads could get somewhere near to half completion we were in Belur.

The first thing to do after reaching Belur was to get some accomodation, so we chose KSTDC run Mayura for the stay. It is a good value for money option. Good accomodation, cheap bar/restaurant - wat else wud u want

In the evening time we visited the Chenna Kesava temple in Belur. The temples in Belur and Halebidu are from 12th/13h century and have very detailed carvings depicting Gods, Mythology, wars and KamaSutra on them. 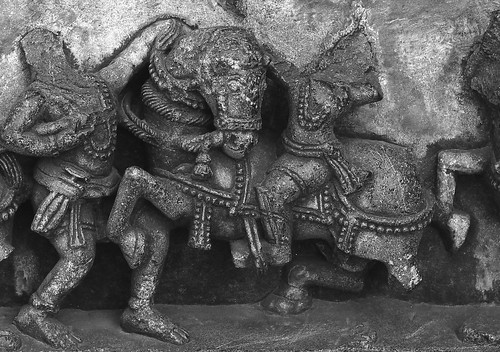 It was mostly a photography affair. Coming from the depictions there on the walls we guessed people at that time must have had only these things on mind - religion, wars and sex at that point of time! 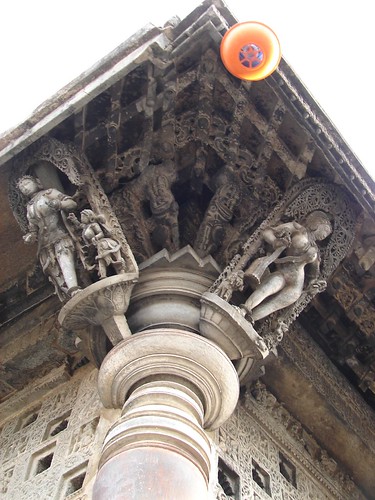 We called it a day as the sun set, after which we had couple of drinks followed by dinner in Hotel Mayura. Went to sleep early as had to get up early in the morning.

At 6 AM in the morning we were ready to start for Hale Bidu - And here we missed the turn to Halebidu and instead went on to Chikamangalur!! The roads were empty and nice. It was darker than usual at that time, because of the solar eclipse, at arnd 6.45 we had a good view of the eclipse and we took a couple of pictures. 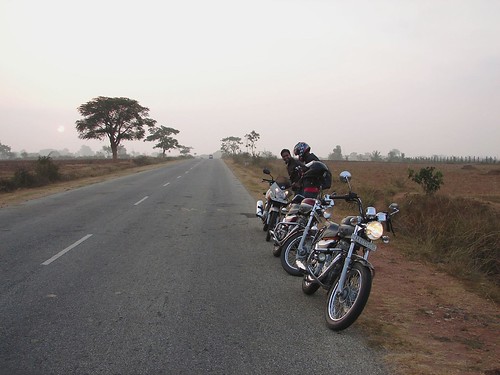 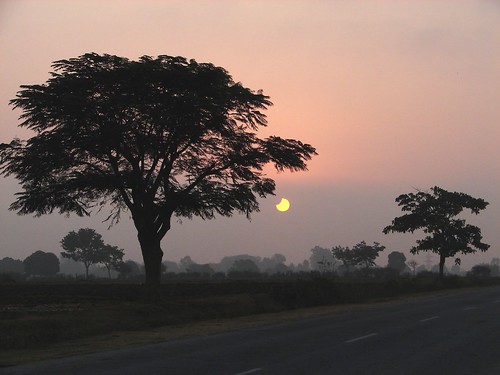 Boy, it was cold! Never expected it to be that cold in the morning. Owing to the eclipse the light was dim and to add to that it was foggy all over after that. Another couple of kilometres towards Chikamangalur and we realized that we were on the wrong way! 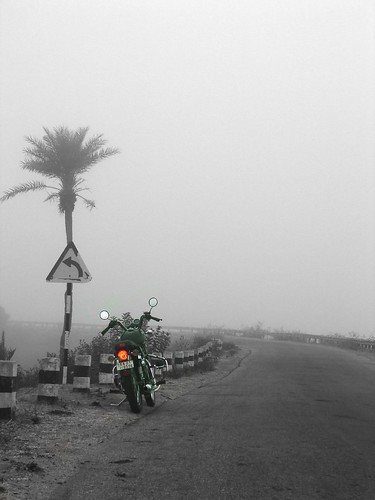 Around 25 kms extra in this excursion, and finally came back to take the right turn.

It was Ugadi and morning time - so no crowd at the temple! We had a peaceful time in and around the temple. Plenty of clickings there and after some time I got bored and packed my camera. Vasanth had a real camera this time and his appetite for photography never seemed to end! I had to pull him out of the temple, literally! 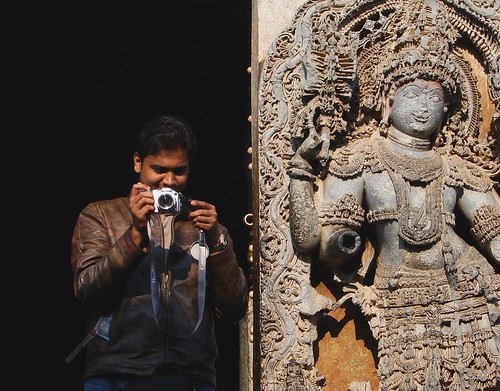 On our way back to Bangalore by 11:30. Mostly the roads were empty and all of us rode fast! We stopped at Kamat for lunch break. After this I was going 100+ consistantly and did some 85 kms to Kunigal like that! Full blast on those empty roads - Happy Ugadi! A long tea break at Kunigal and Prashanth also joined us.

I was home by 4.30. Almost all the roads were free of traffic and I enjoyed riding in those roads. End of ride and time for the 4th servicing of my ThunderBird. By the time I go to Leh, I'd have crossed 15K kms I guess!

V nice pictures Kamlesh. Looks like you were riding at the right time to catch the morning cold and then the nice pictures. The last time I'd been there I was caught in rain.

In picture number 5 is that a UFO (orange object on top) cause it simply does not match with the picture ?

Thanks SKSy !
@ torque_battered: That UFO is a light bulb holder , this temple remains functional and so the temple trust have put up some lighting arrangements over there. I included this photo as it gives a contrast

Another fantastic set of photos Kamlesh, torque_battered is right that light bulb holder does look a bit strange, are you sure that it didnt have aliens who were photographing you guys?

Jinga pics khamal - lesh . Misty morning ...its be quite some time since i rode liek that .

Finally I got to meet all u jinga boys, had come back from a ride and got to know that Praveen Shirali was in Bangalore & that he was attending another jinga Ashvin Nadig's (the inventor of jinga photography, if I'm not wrong ) reception.. And so I went to be an un-invited guest and found all the jingas lined up neatly .. Nice to meet u all jingas, hope to meet u on road someday