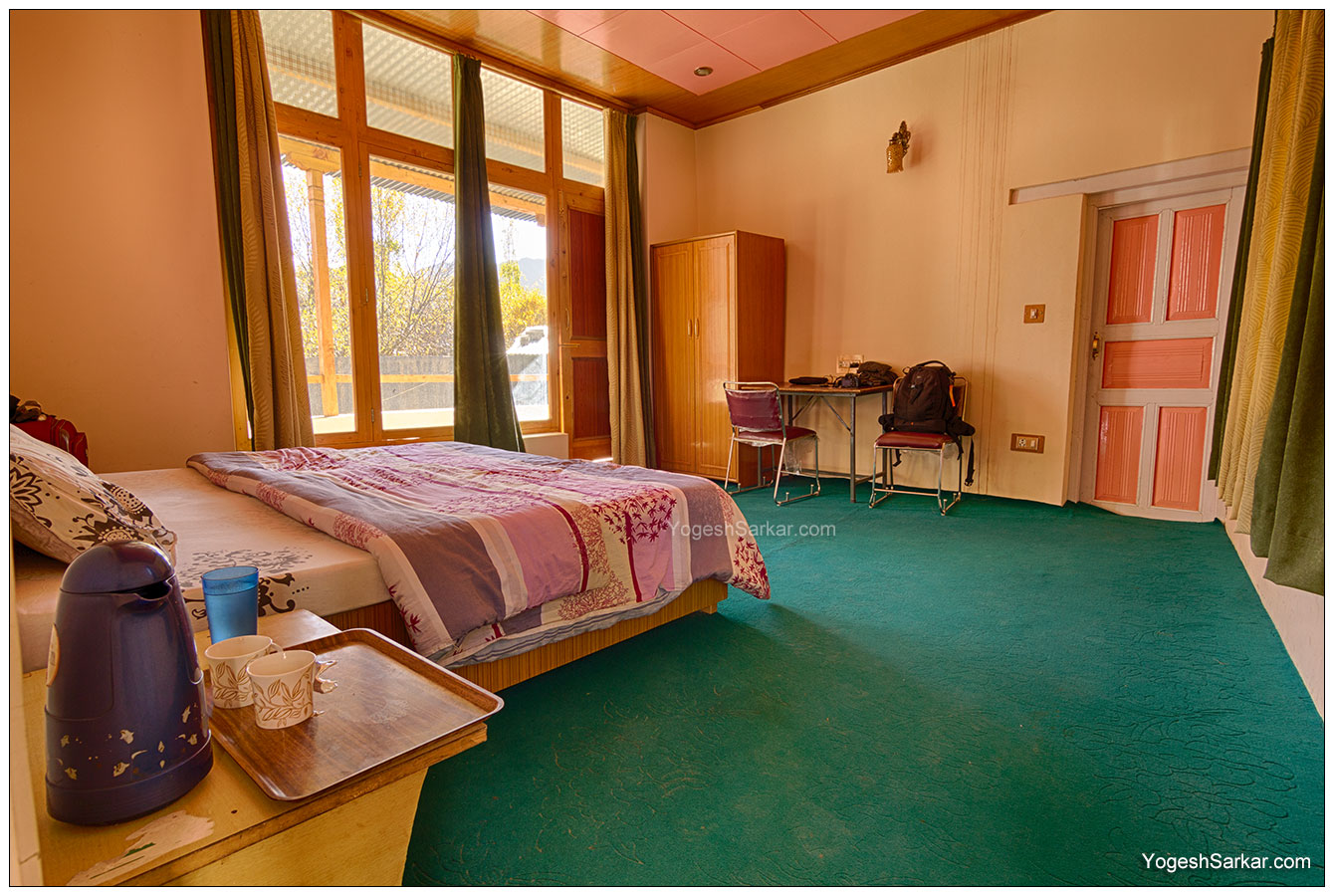 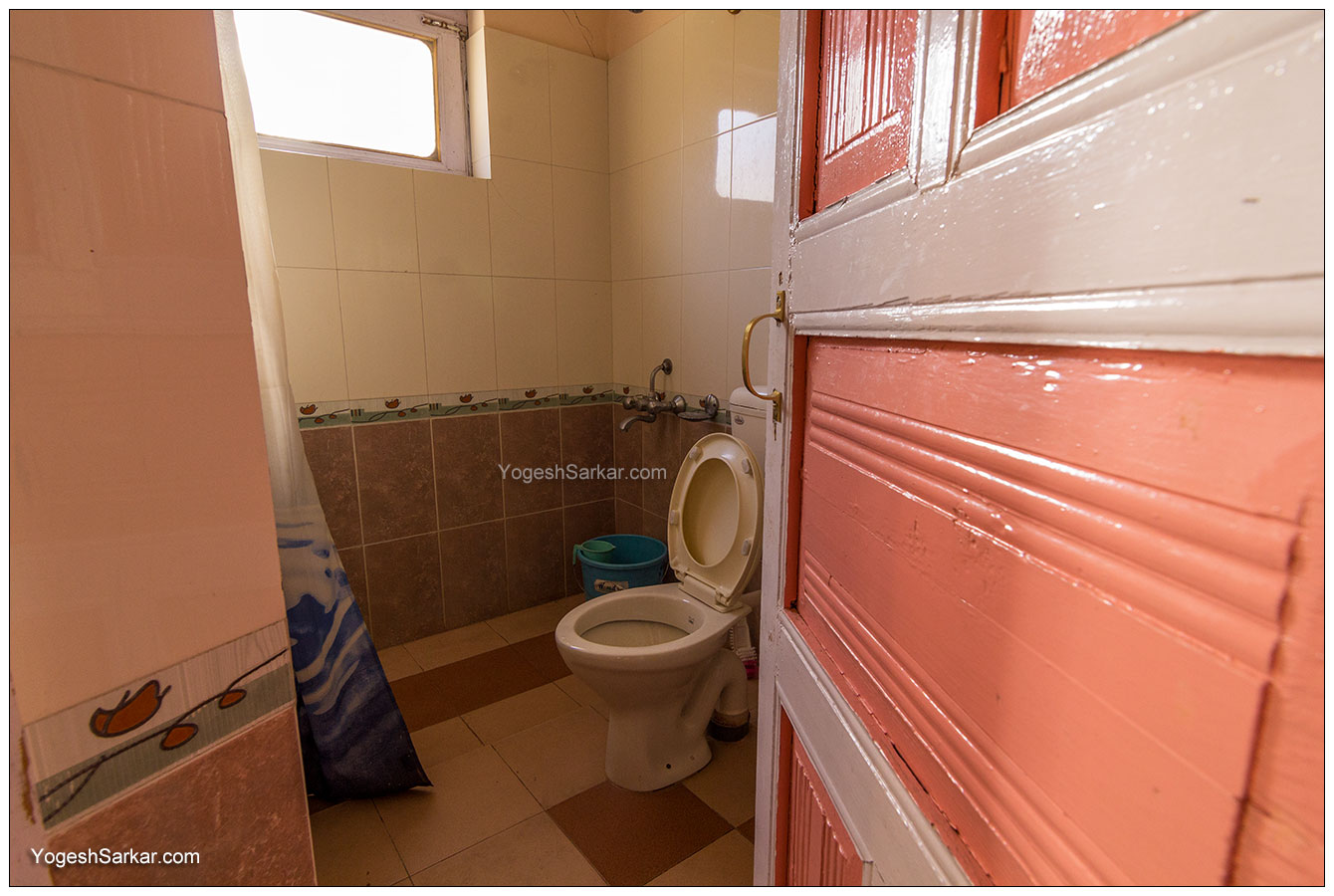 Initially there was running water in the room (hot water only around noon), which was later switched off as winter truly began.

Room itself received sunlight from both side throughout the day, helping room remain well lit and comparatively warm during the day. At night story was sort of reversed, since there were multiple small CFLs, which didn’t illuminate the room all that brightly.

During off season, hotel is run by an old couple, who employed a school girl part-time. So room service was pretty non-existent and food is only available if you order in advance i.e. if you ask for food around 7:30pm, you won’t get it. Also the couple go to bed at around 9pm, so room service is unavailable after that and till 7 in the morning.

There was also a water leak in the hotel, due to hot water being switched on early, on the insistence of a few guests. That resulted in leakage in my room and caused the front door to become tough to operate initially and completely un closable during the second half of my trip (after I returned from Nubra).

Due to this, I decided to switch to room on the ground floor, which was cheaper. 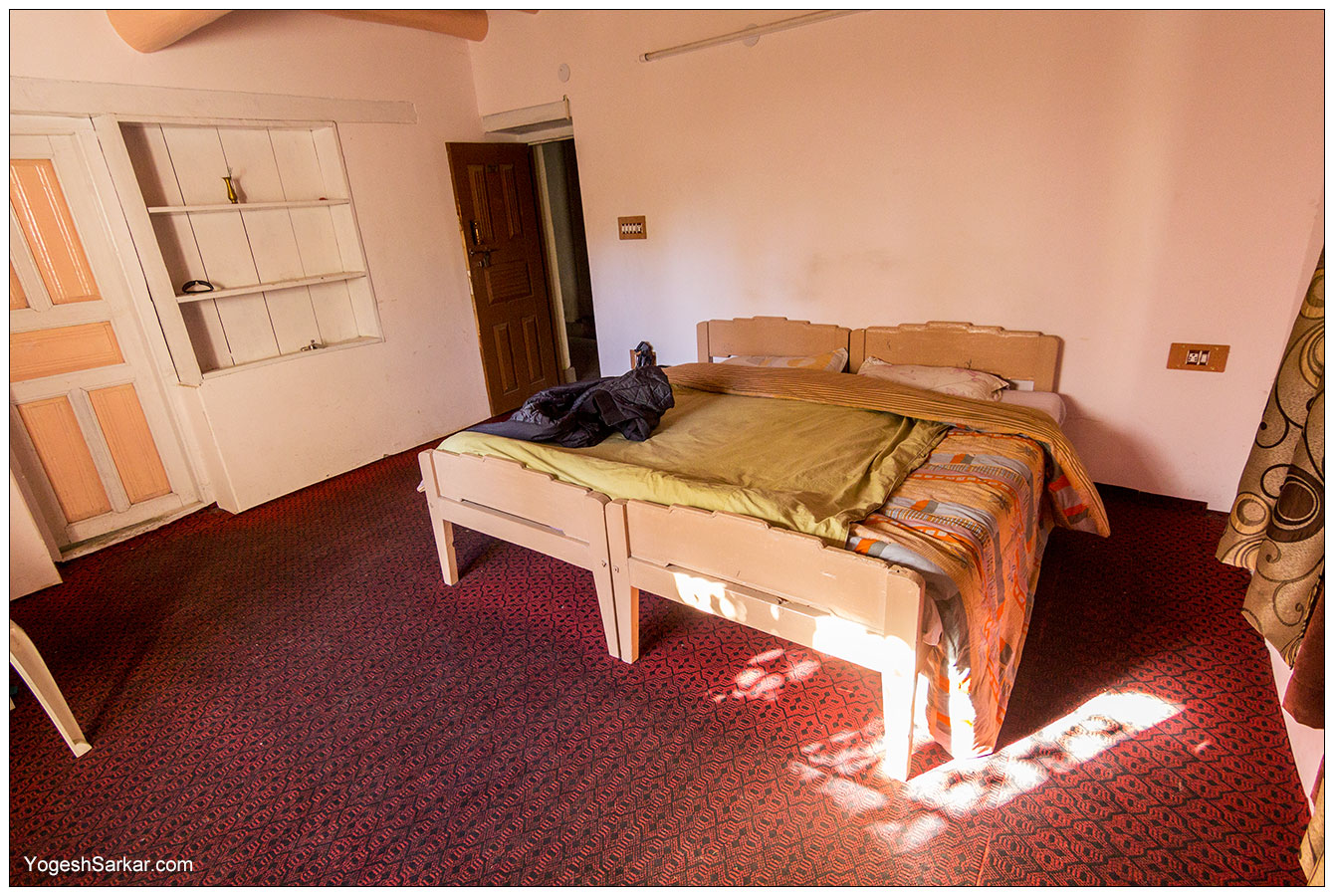 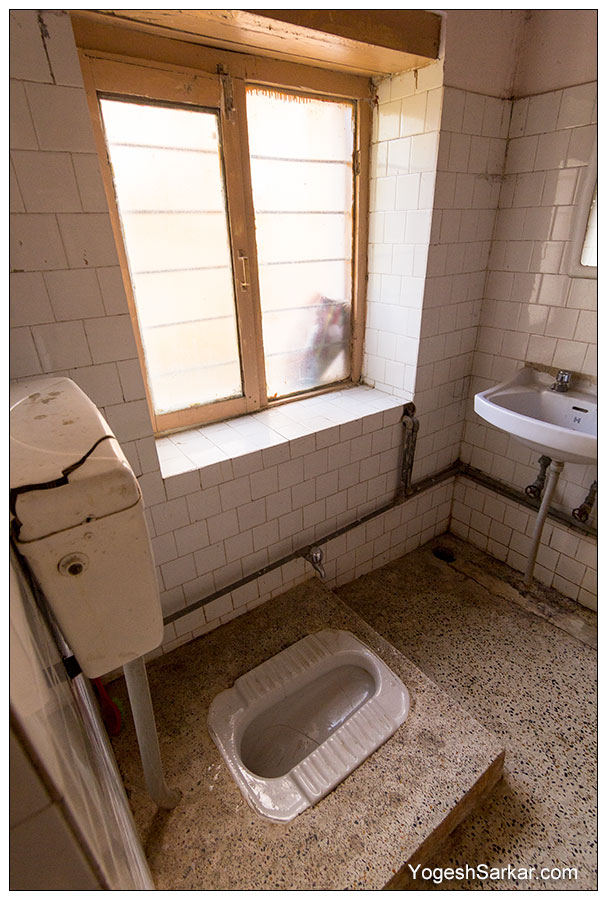 Sanchit, who was staying in this room earlier, was paying Rs. 400 a night. I too got it at the same rate, though Sanchit arrived later in the evening and we decided to share the room and paid Rs. 500 per night for it.

While the room itself is pretty basic (as evident in above photos), it is on the ground floor and this is about the only room, where Wi-Fi signals work properly. In case of other rooms, Wi-Fi signal is pretty weak and considering the fact that one has to pay Rs. 100 per day extra for Wi-Fi, this is the only room which can justify its charge.

During our stay, internet connectivity in Ladakh was patchy at best and even the Wi-Fi didn’t work that well and with my BSNL 3g connection working intermittently, I decided to depend on that, instead of paying extra for Wi-Fi.

Overall, Indus Guest House is an ok option, if you need a budget place to stay and can live with lack of room service. It is open in winter; however charges go up, as electric heater is provided for heating purpose. It is also located around the Fort Road, so market is around 5-10 minute walk from the Guest House.

Thanks for the information Yogesh

500 bucks for a roof over your head in winter Ladakh is completely justified.