The next morning, after a leisurely breakfast we were ready to leave at the decided time of 9.30 am. Three Innovas were waiting at the vacant site about 50 mtrs away being used as temporary parking by the hotel. OmParkash was busy cleaning his vehicle...informing me that he bought some "Himachali lassan" from his farm in Dharamshala which he uses as home remedy to fight AMS. It seems it is best taken in liquid form by mixing the crushed lassan (garlic) in water and sipping it slowly every 30 mins or so if one has symptoms of AMS. OmParkash was quite confident that it works very well to counter the effects of AMS (primarily effects of low blood oxygen levels). Hmmm...no harm in trying home remedies if the need arises, I felt. He also showed me the oxygen cylinders kept in the boots of the vehicles along with the attachments required to use those cylinders in case of necessity. He informed with a cryptic smile that we better pray the need to use those cylinders never arises. I speak Hindi quite well, but I had to really concentrate to understand his heavily accented Himachali Hindi. He's very informative, helpful and has quite a lot of stories to tell. One unforgettable survival story (his own) which happened in August 2018...he narrated enroute Sarchu. I will post it a bit later. The spine chilling true story (he showed the exact spots where it occurred) made us all a bit sombre. It increased my respect for the guy.

The fourth Innova (replacement vehicle for Jaya's car with the perennially faulty AC) arrived at 10 am. We were off, on the road by 10.15 am after the boys helped us load all the luggage in/on the vehicles. All of the cars had luggage carriers on the roof, but in only 2 vehicles the need to place luggage on the roof arose. Guess many members in our group heeded my pleas of "less luggage, more comfort"

Knowing my penchant/weakness for clicking pics/vids of roads & clouds, the other 3 (GS, Nvvl & VL) gifted me the use of the front seat beside the driver throughout the trip. Thank u guys for indulging me (although wifey keeps complaining I shoot more pics of roads and clouds than her).
Last edited: Oct 5, 2019
Y 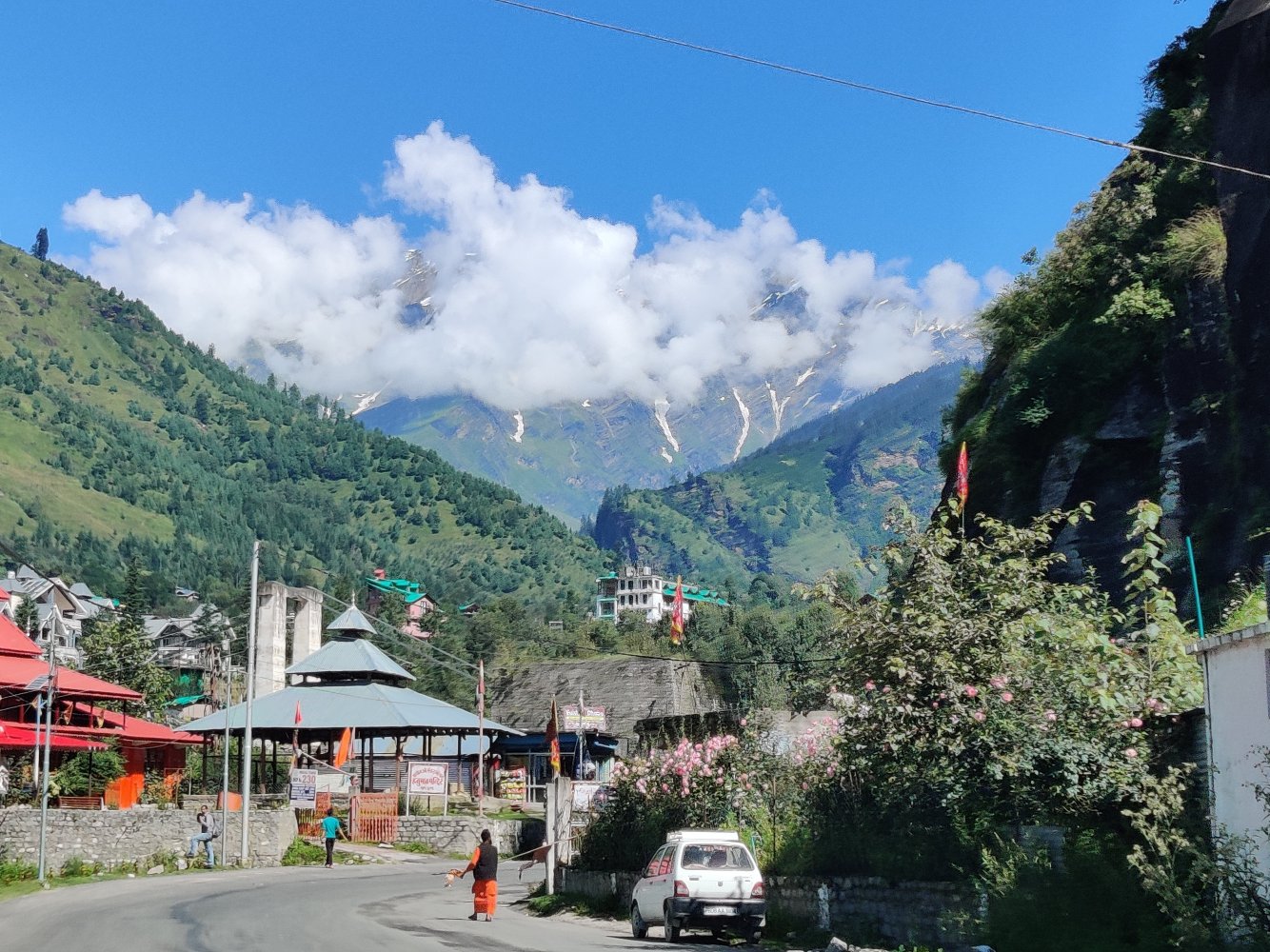 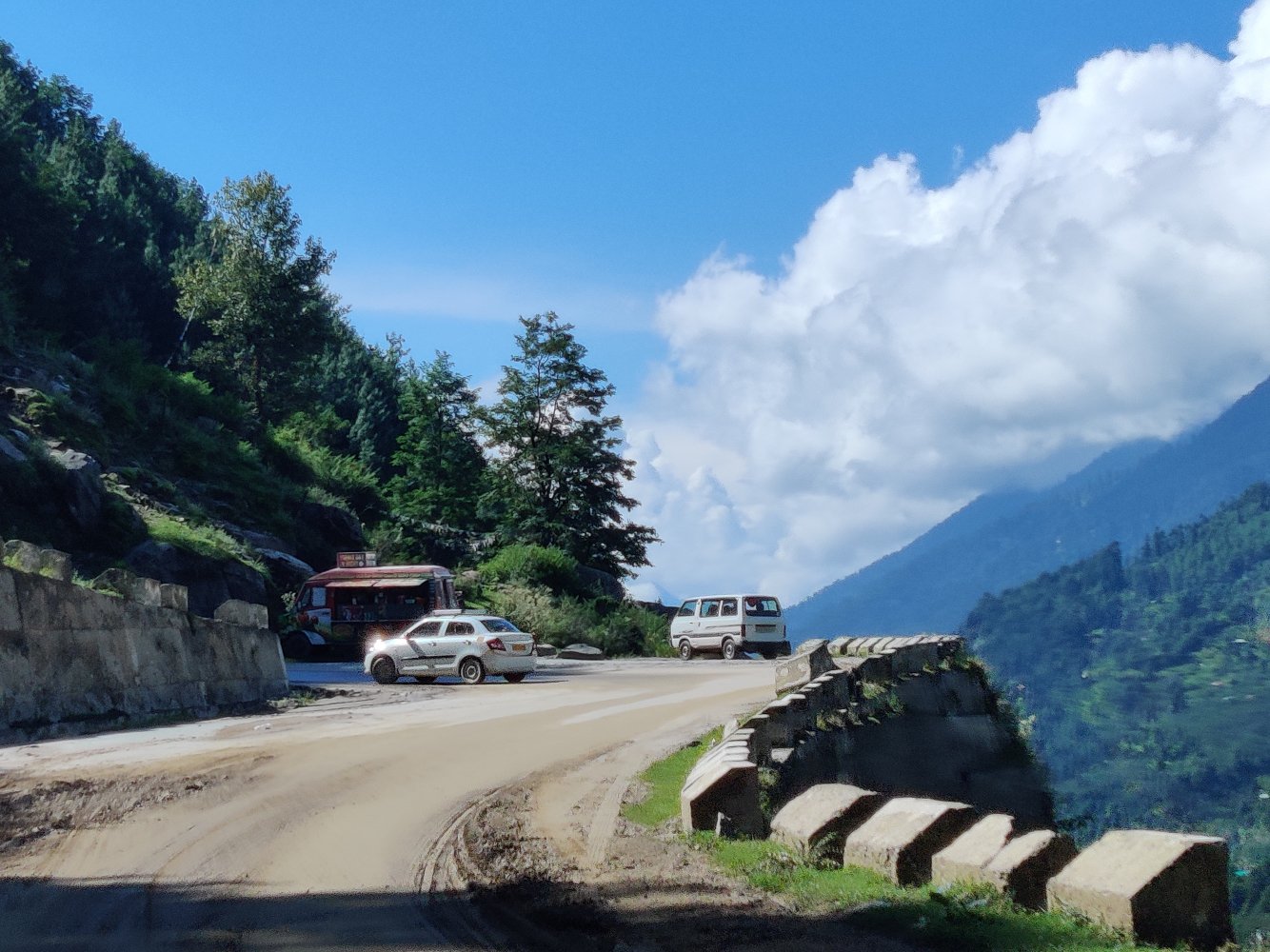 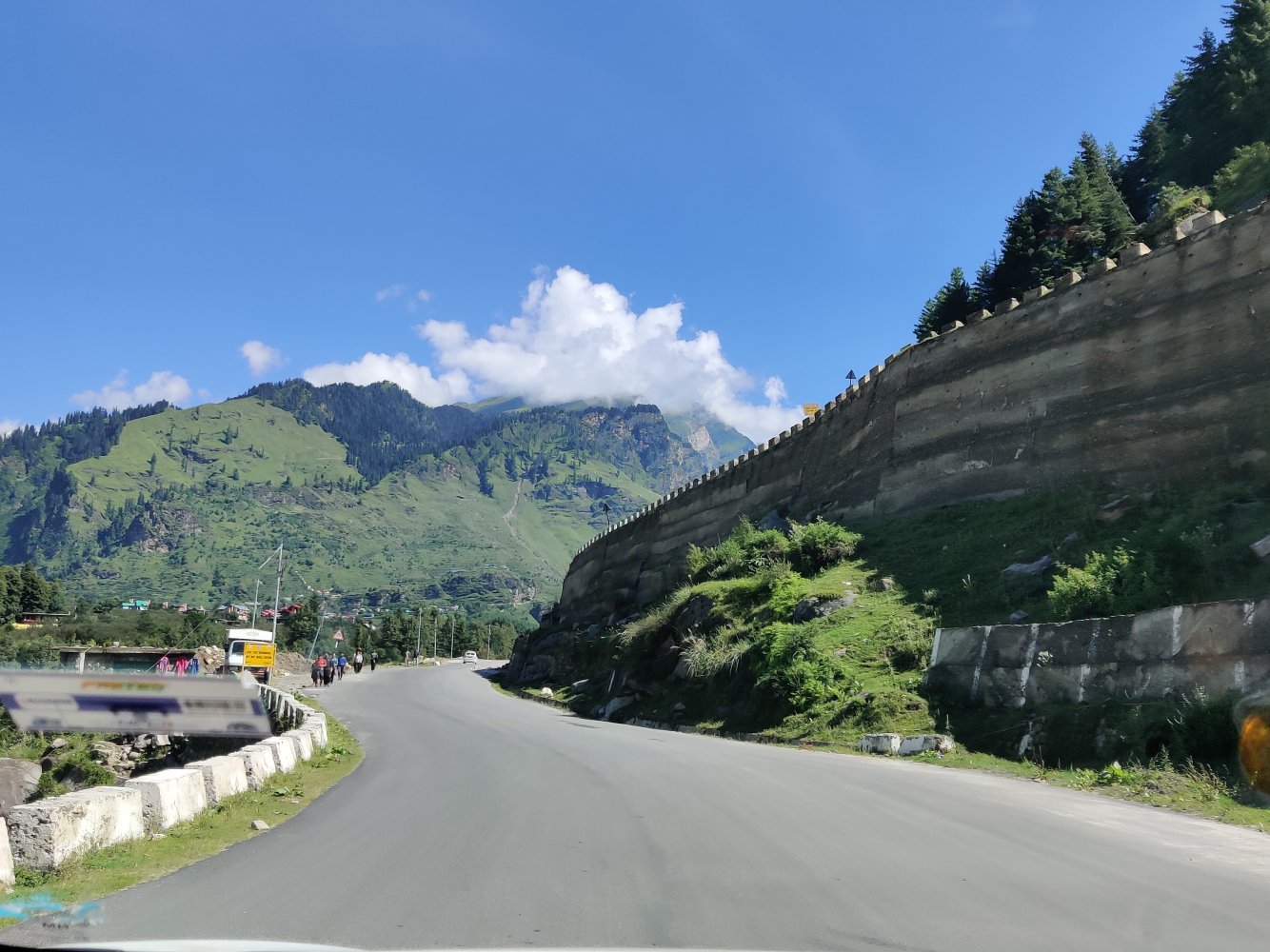 And a short vid of the drive getting out of Manali...


A waterfall we saw enroute. 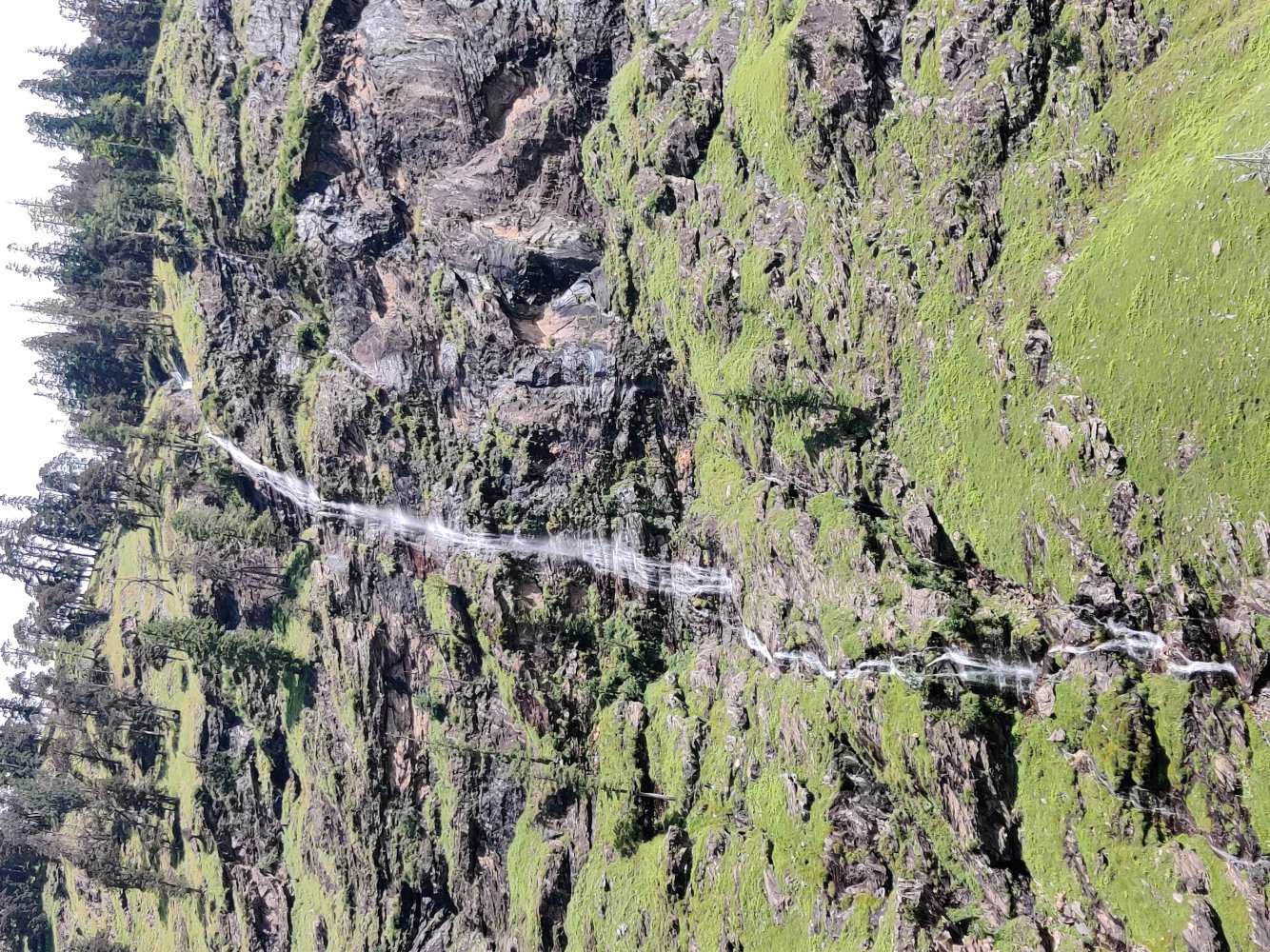 The lush green vegetation made the drive "oh so beautiful". 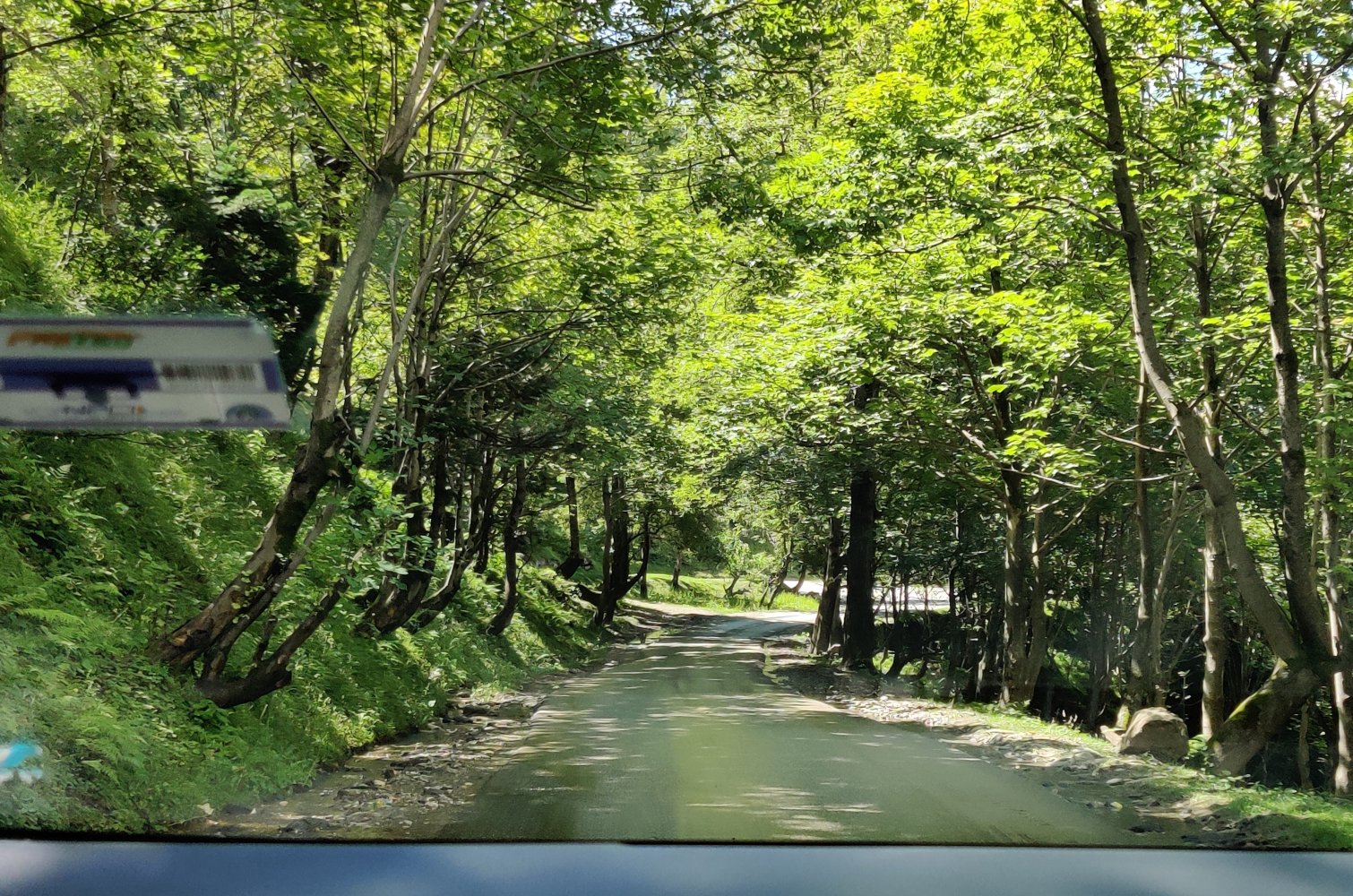 The frozen snow slowly melting into trickles of H2O...the beginnings of one of the many mountain streams. 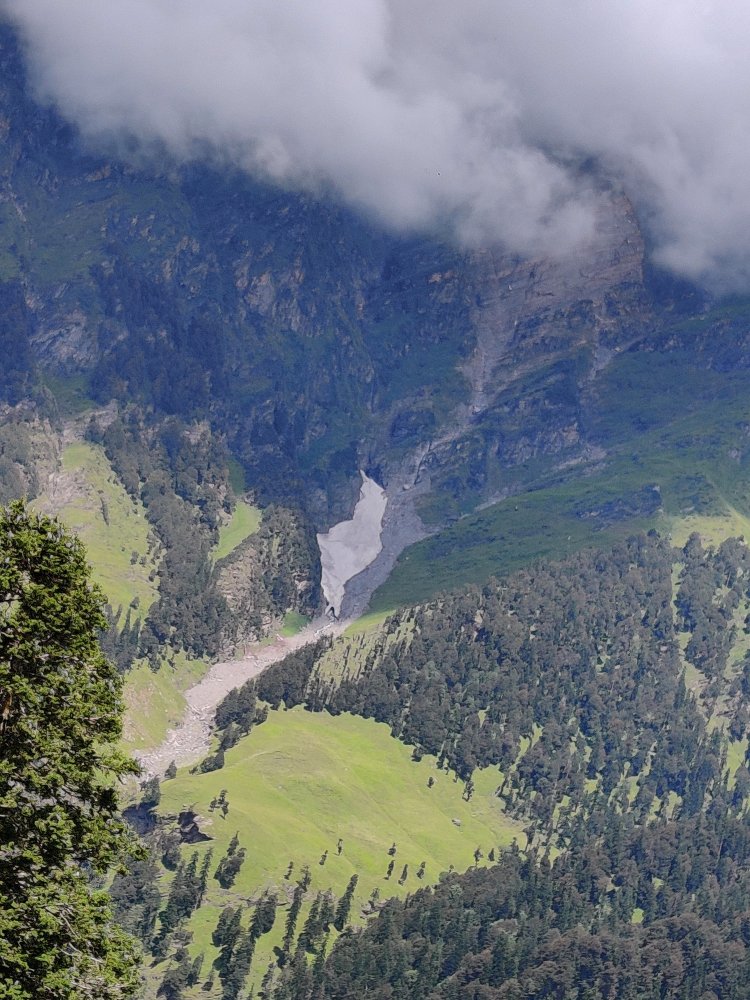 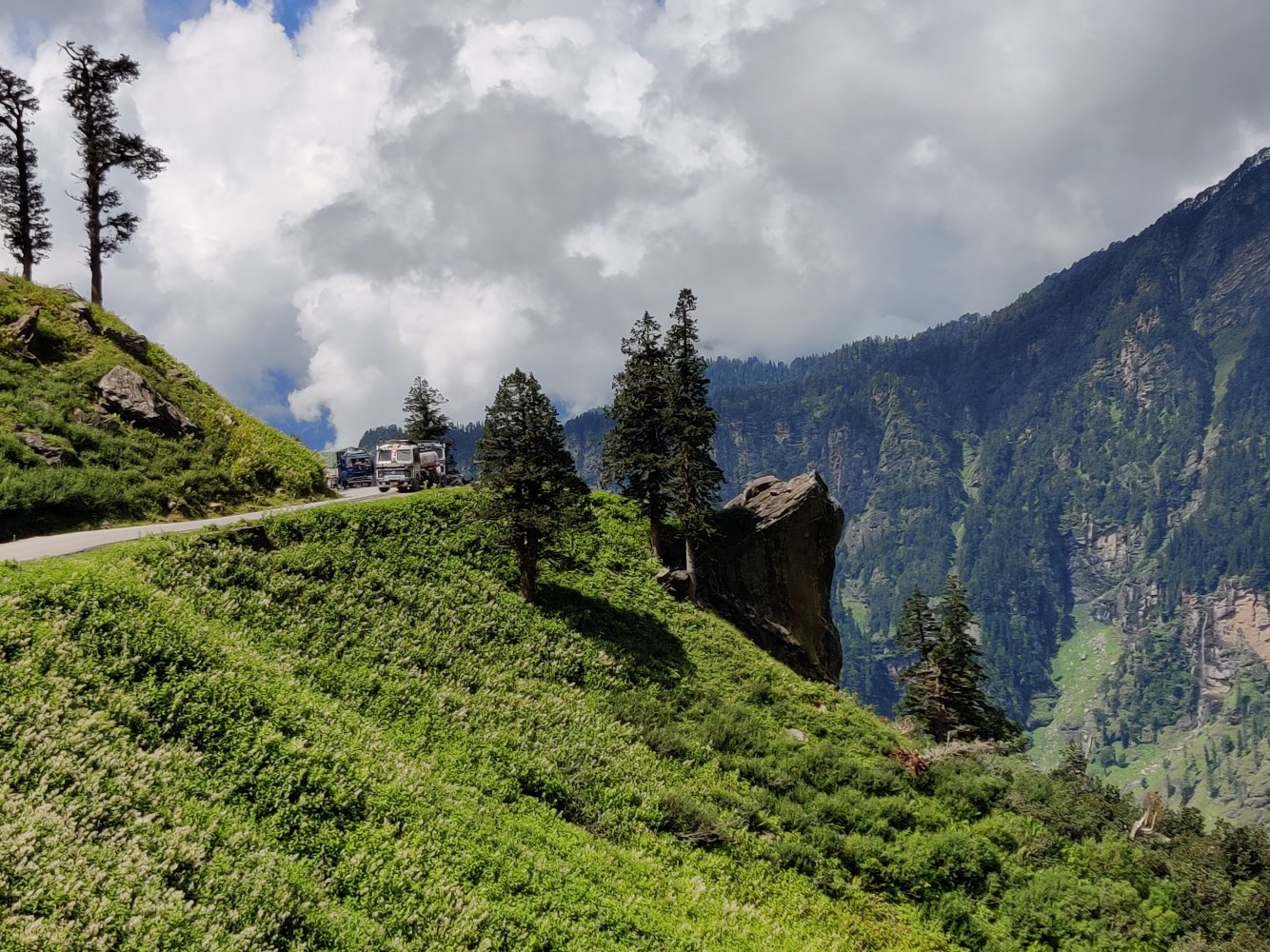 And then we see this just beside the road...OmParkash drives past it in a whizz. I ask him to reverse and stop for a short while. Our little convoy comes to a halt here. Time to get out and maybe get a little wet. 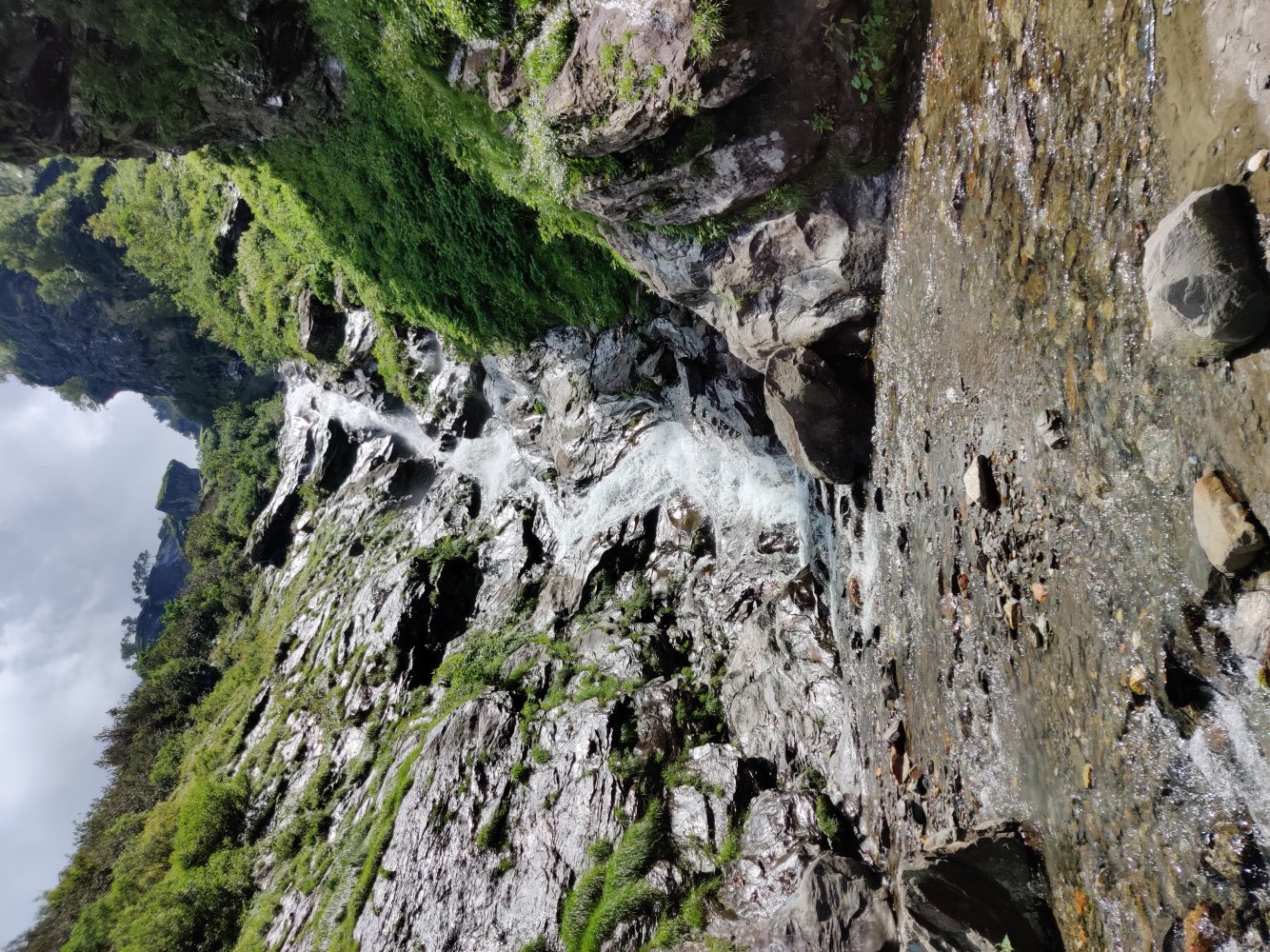 Me and wifey...we did get wet here in the waterfall (not in this pic though). 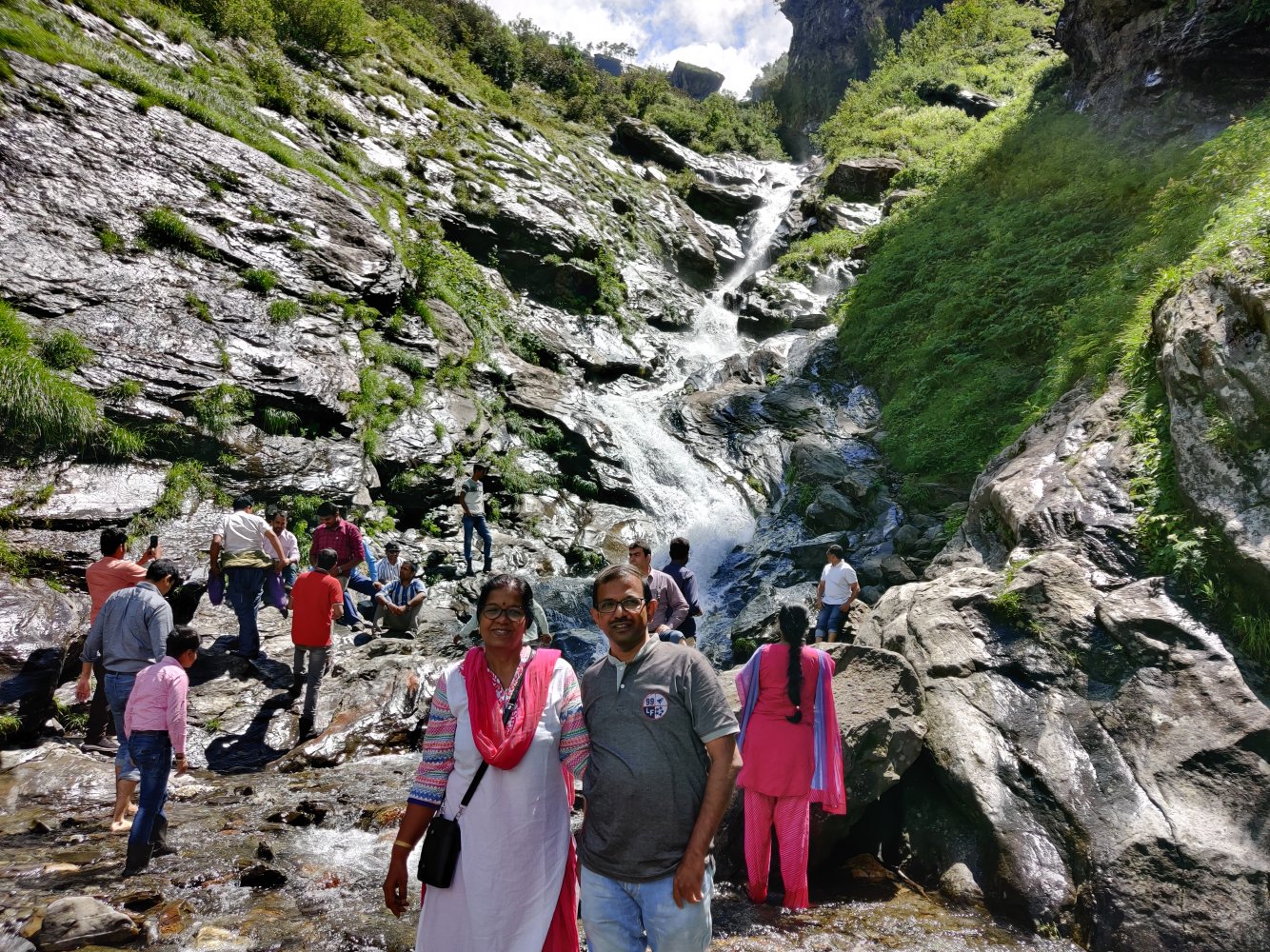 Nani and the kids

SR too ventured close to the waters...though not into it. Maybe she'll get inspired to write a Malayalam poem . 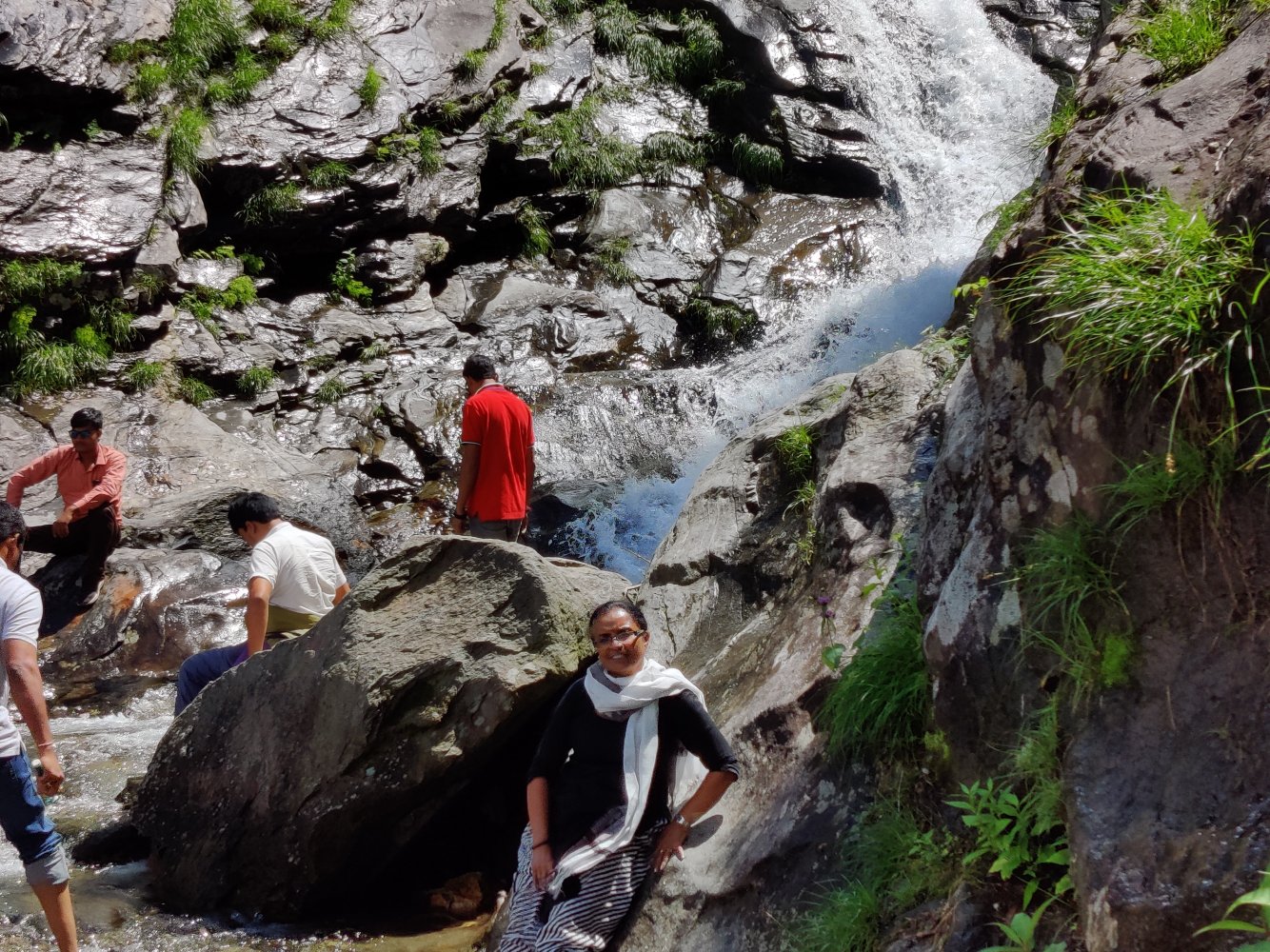 As we climb higher the landscape gets more beautiful. 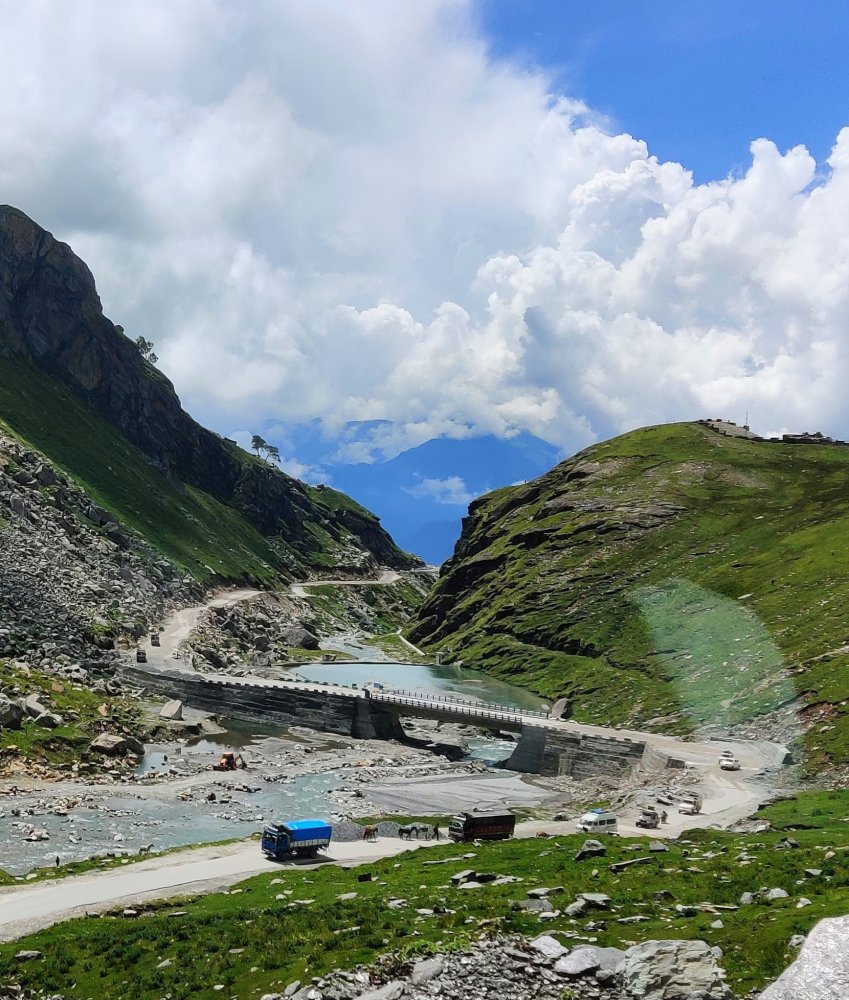 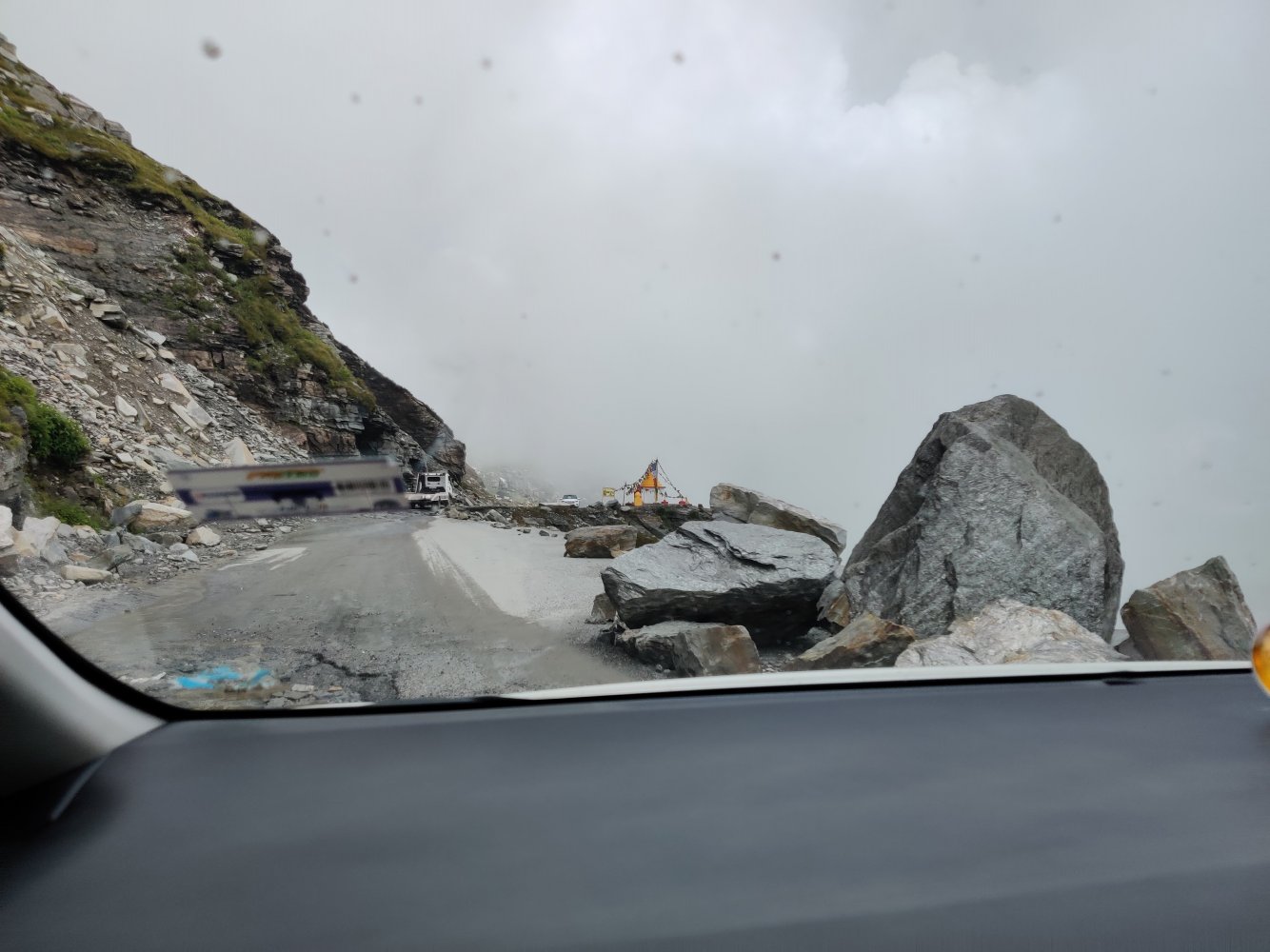 This one is interesting...Royal Enfield getting a lift. 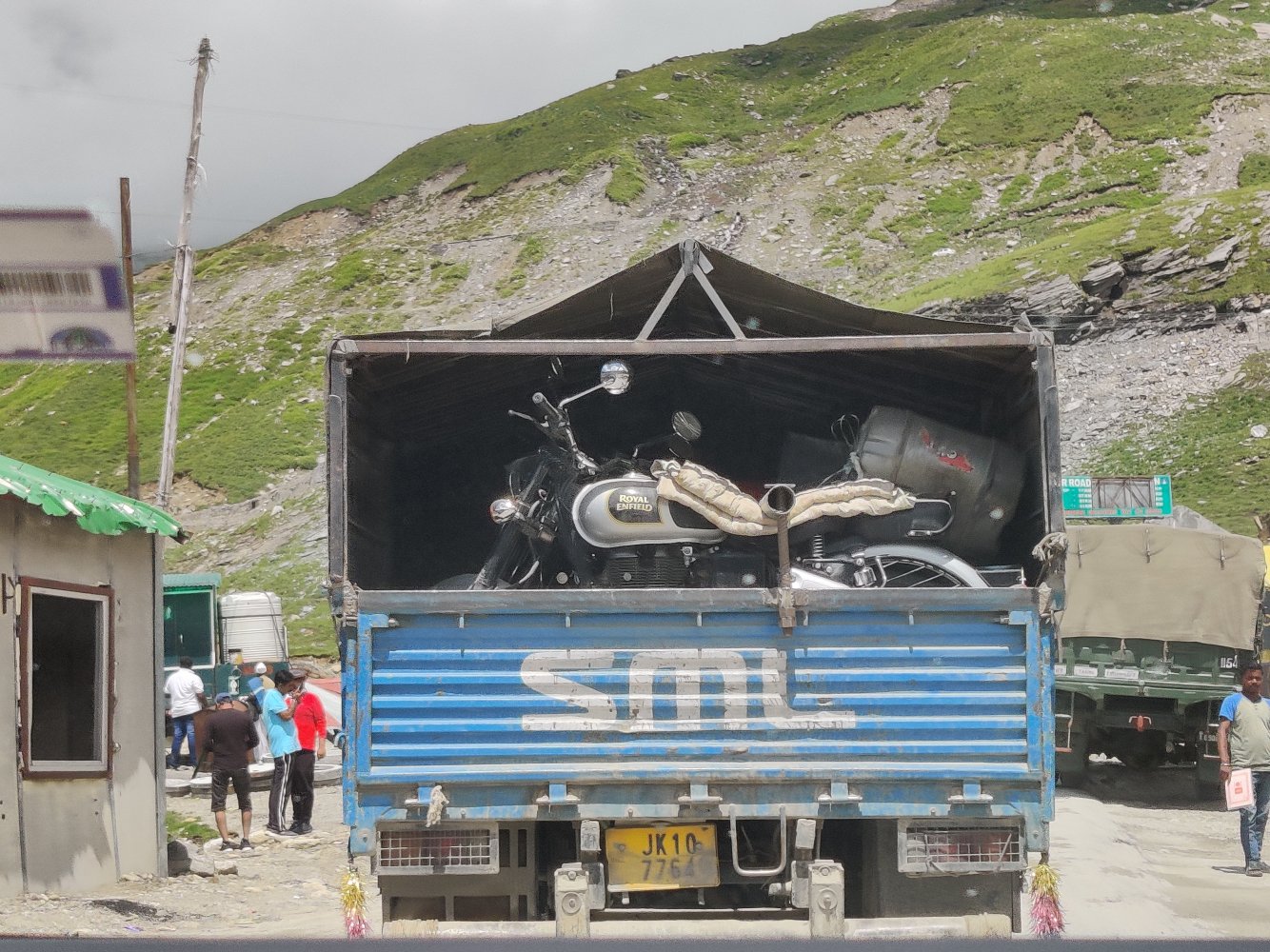 Look closely...you may find a horse or two grazing....or may be even three or more. 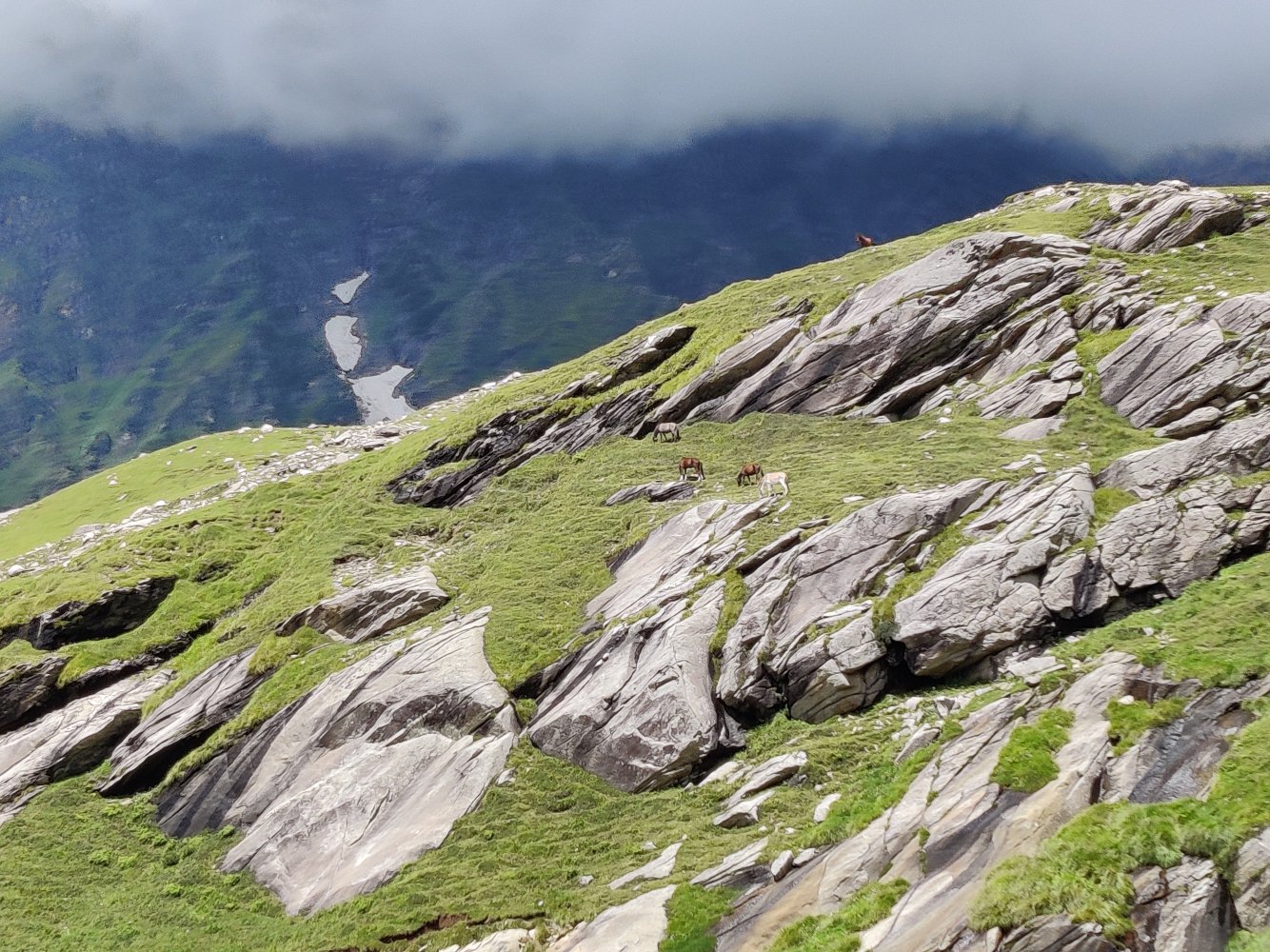 Who is participating in "spot the cows" competition ? 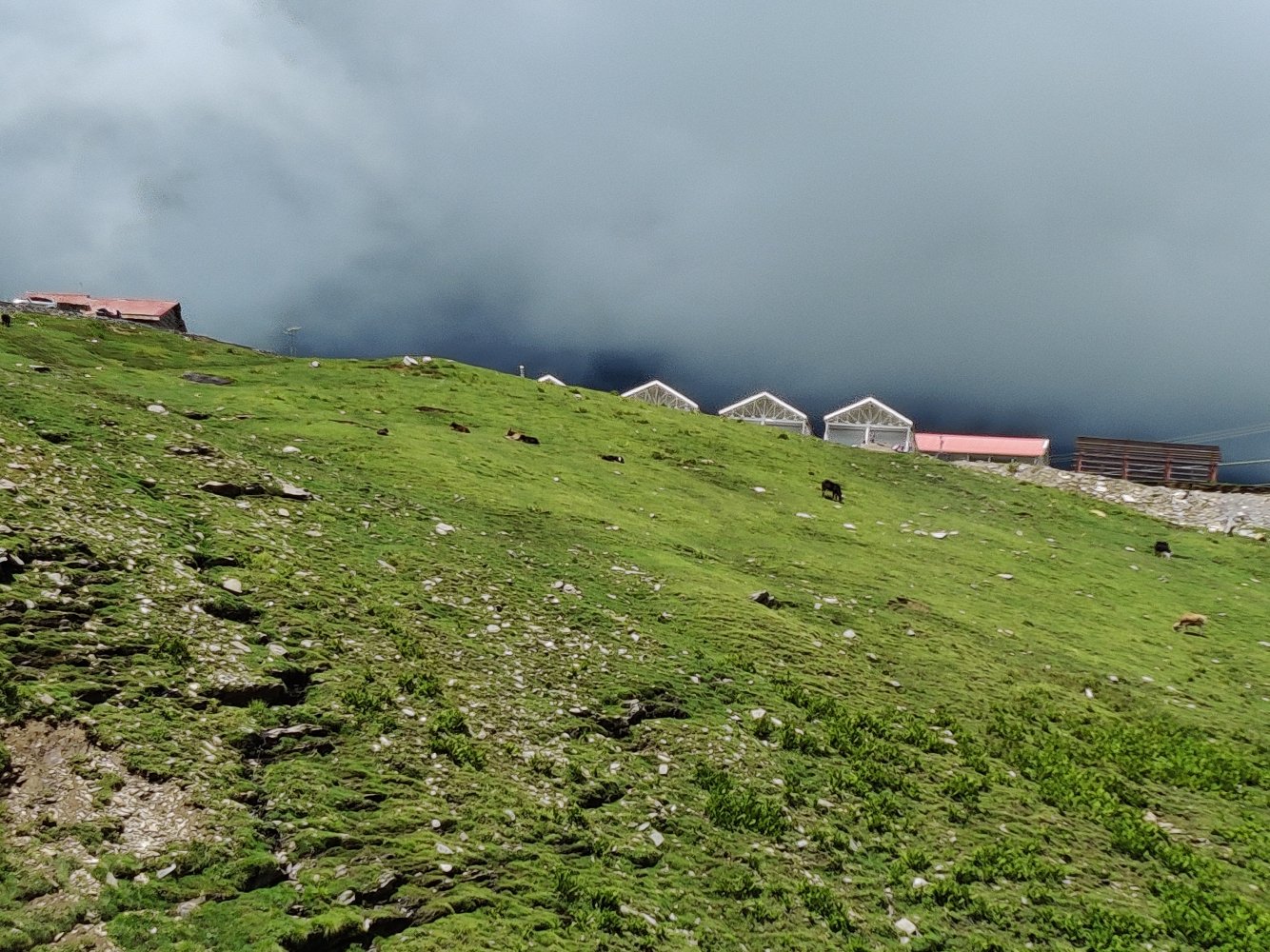 A little contrast from the green... a dash of pink/orange. 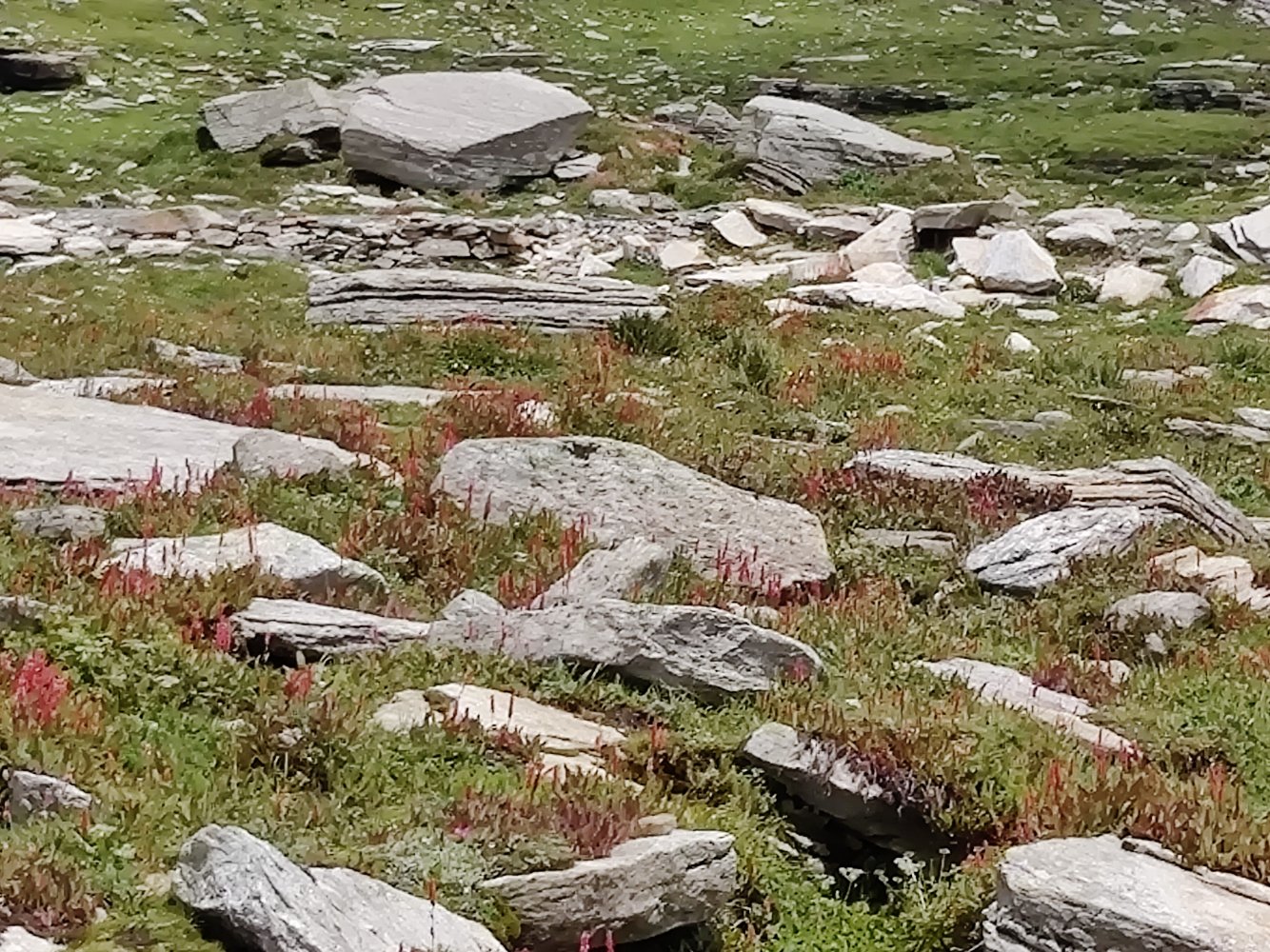 I just love this road... 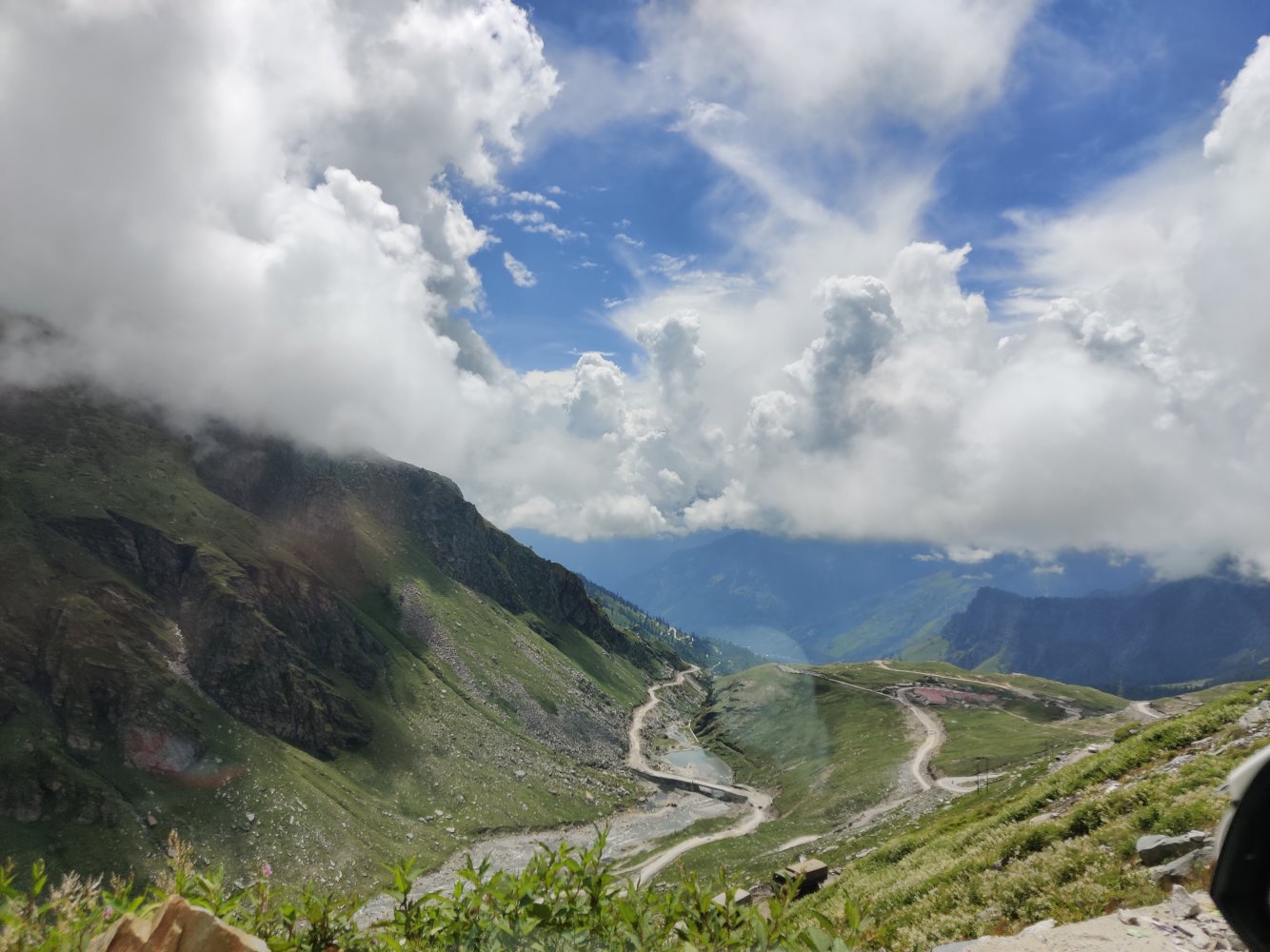 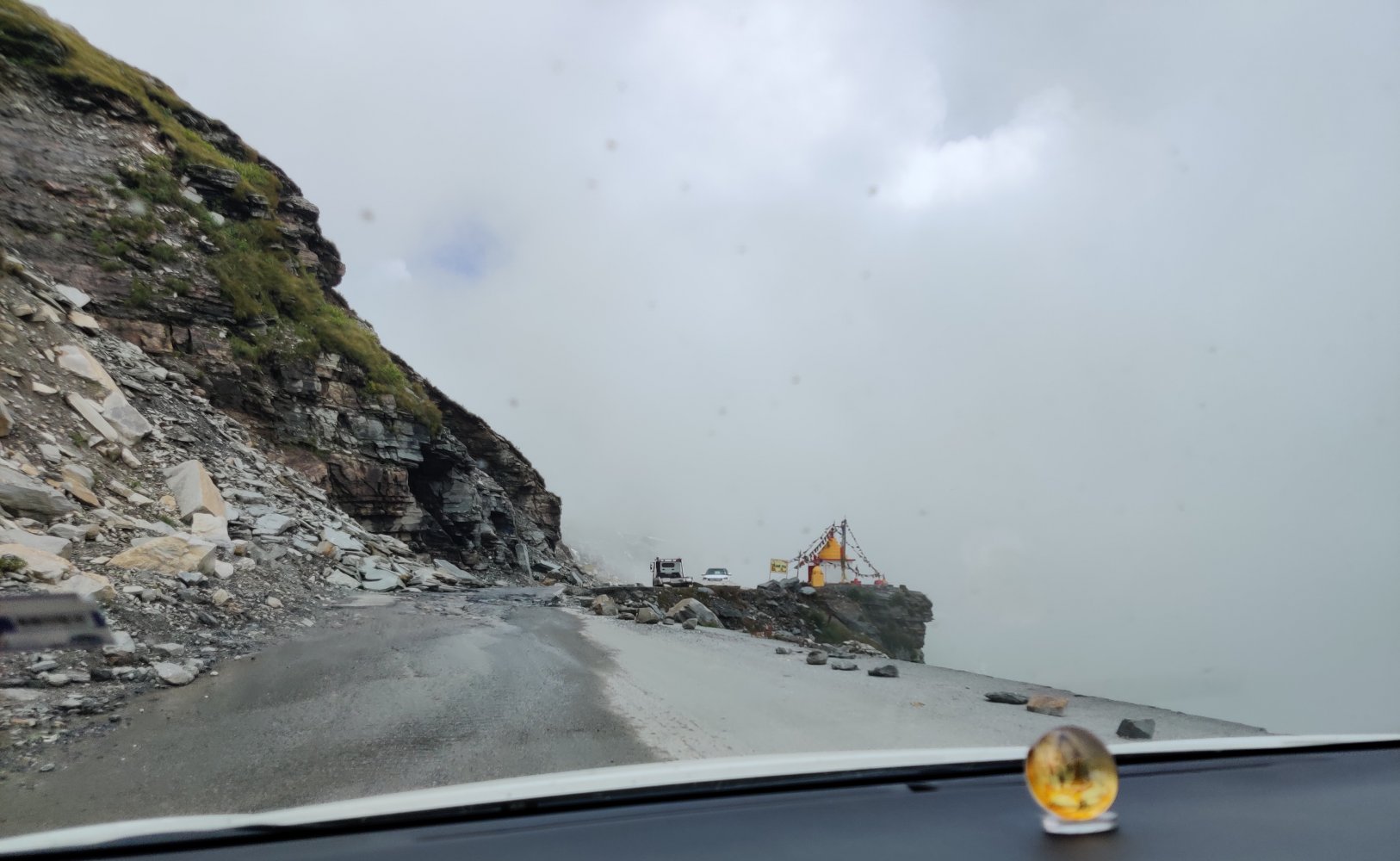 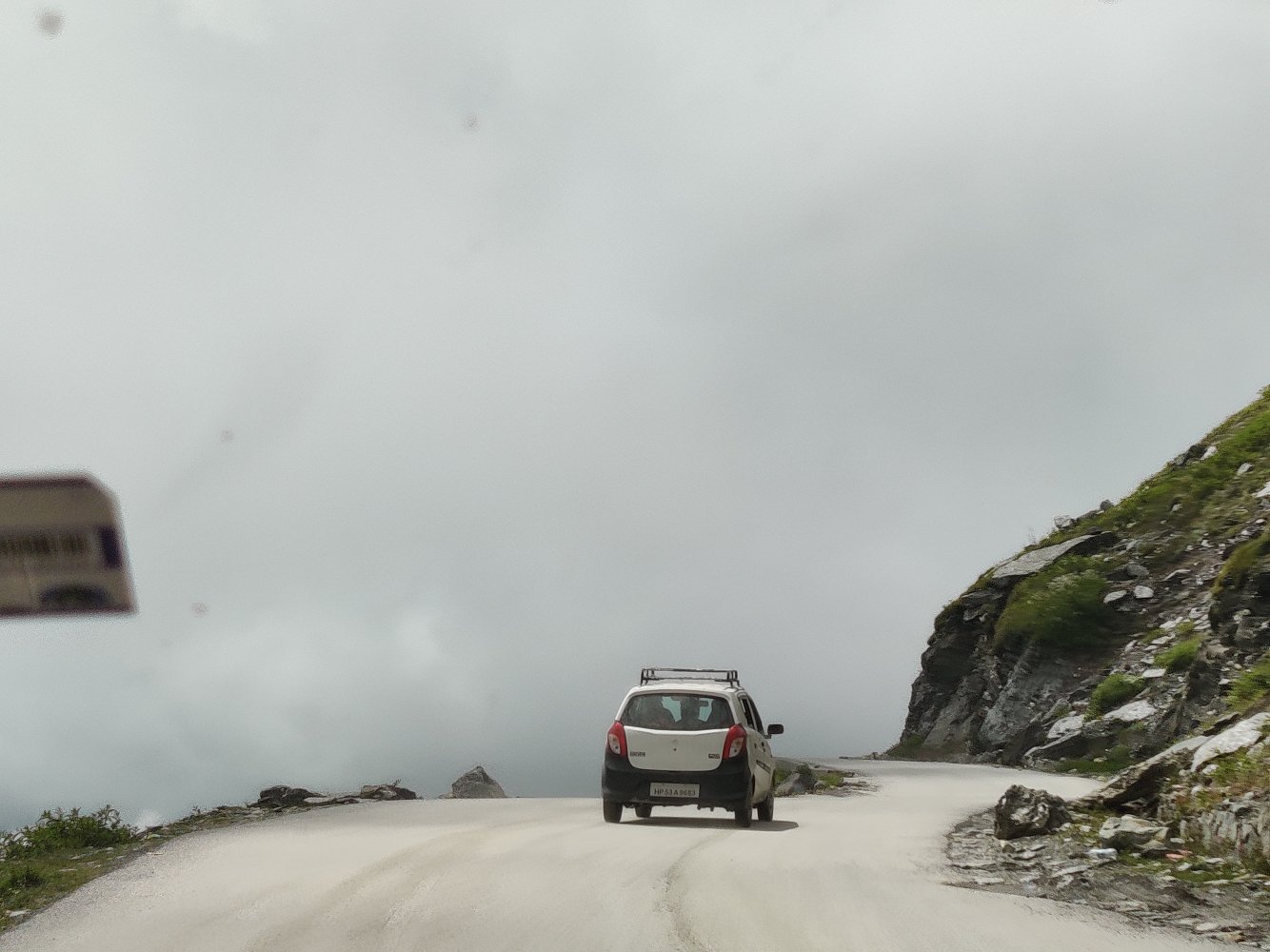 These guys sure picked a nice spot for lunch. 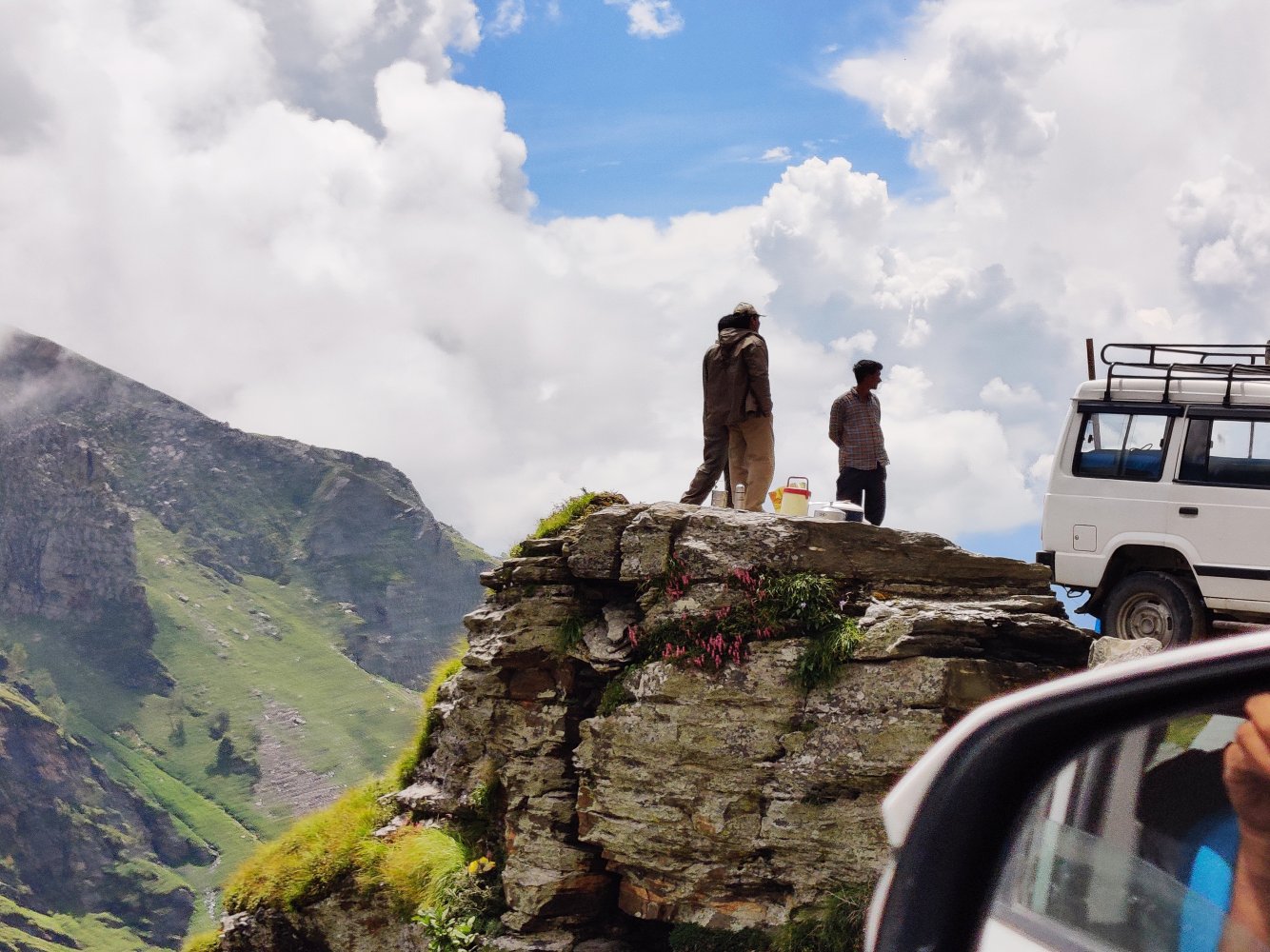 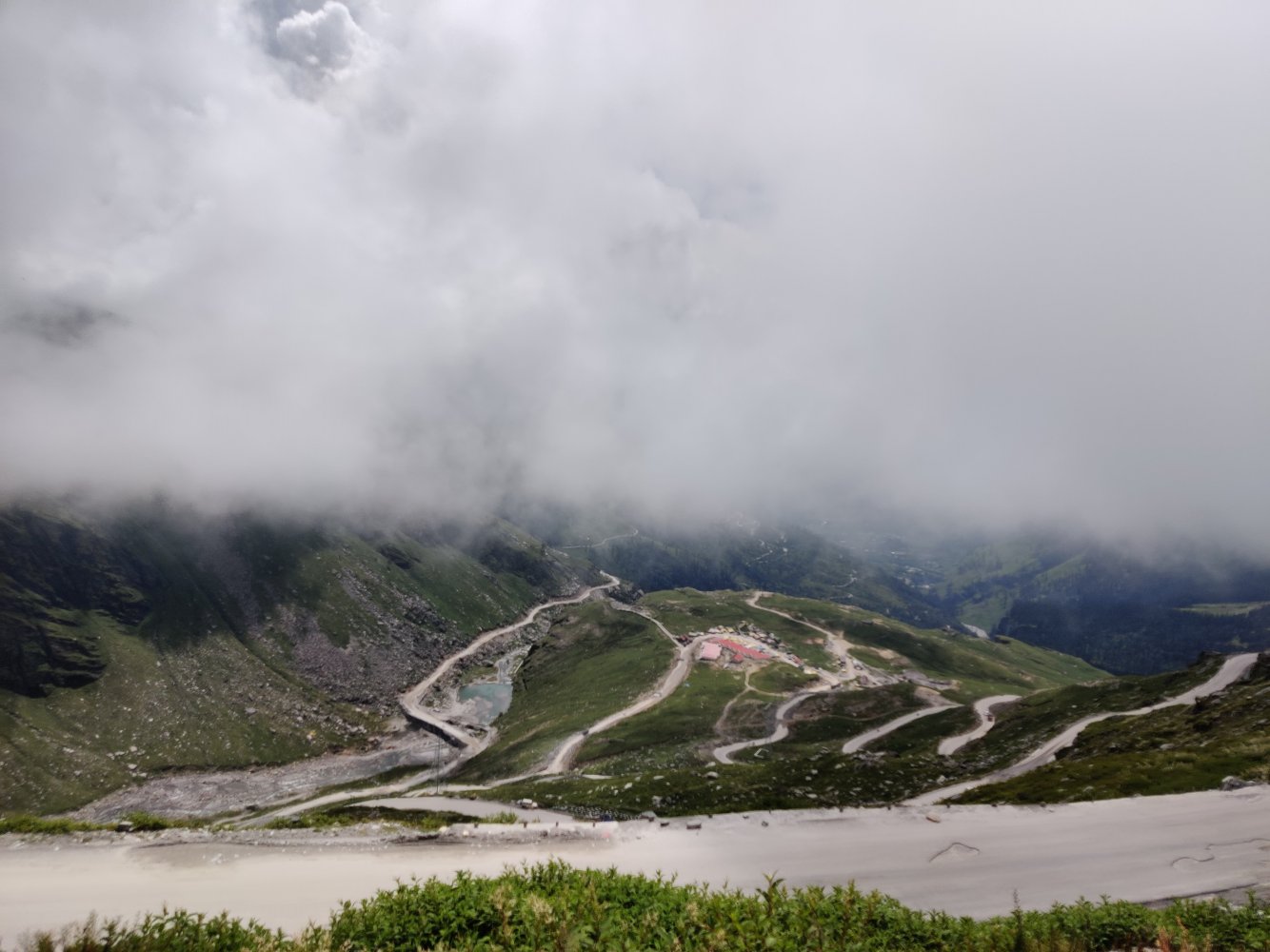 ypk_123 said:
Relaxing after breakfast in the lobby... didn't notice the headless ghost sitting next to me ! Creepy !!! Is this place haunted ? Dean, Sam...where are u guys ? Bring out your arsenal of salt, holy water and maybe even the colt. (Am a huge fan of "Supernatural")
Click to expand...

All Multi Star Hotels are fail at this point for Lunch :

These guys sure picked a nice spot for lunch.