Beware, You are going in area of Tiger !

Tiger spotted in Kedarnath at 3,400m altitude
The sighting of the tiger at this unusual height indicated that the big cat was changing its habitat, said experts.
INDIA Updated: Jun 27, 2019 07:52 IST 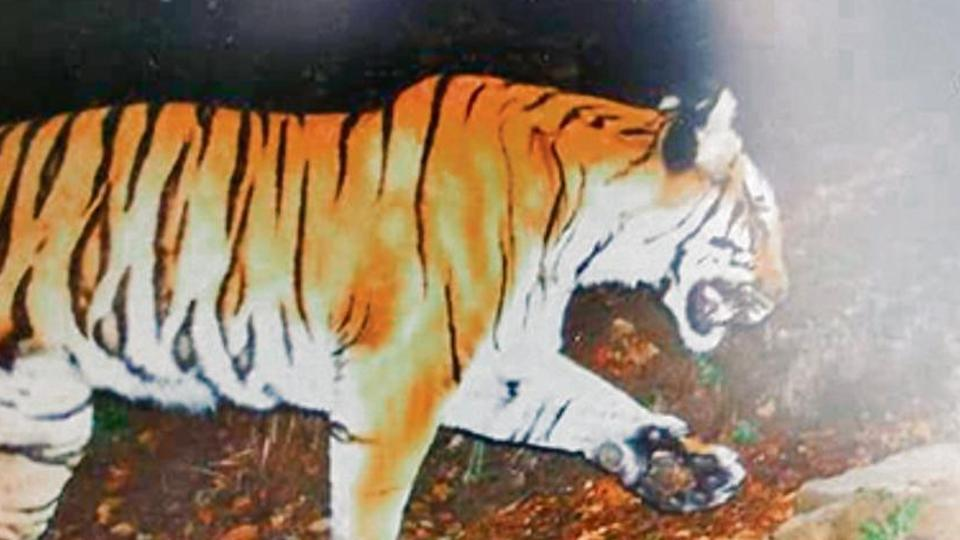 The present spotting of tiger at 3,400m is likely to be the highest in the country. (Photo: Special arrangement)

A tiger was caught on camera in the Uttarakhand’s Kedarnath Wildlife Sanctuary at an altitude of 3400m (approximately 11,154 ft) above mean sea level, officials said on Wednesday.

The tiger was spotted on May 26 at 2:38 am in a valley that falls under the Kedarnath forest division.The sighting of the tiger at this unusual height indicated that the big cat was changing its habitat, said experts. “We had put camera traps in this area at a height of around 3500m and the tiger was spotted at a height of 3400m. Tiger are generally found in low altitude areas, and such a sighting clearly shows that tigers are changing their habitat,” said Amit Kanwar, divisional forest officer, Kedarnath.
In 2016,a tiger was spotted at 3274m (approximately 10,741 ft) in Askot in Uttarakhand. Arunachal Pradesh and Sikkim have also reported the presence of big cats at similar elevations. India is home to 2,226 tigers, according to the All India Tiger Estimation, 2015. The present spotting of tiger at 3400m is likely to be the highest in the country. Before this, a tiger was spotted at 3274 m in Askot landscape in March 2016, which was then said to be the highest in the country by a Wildlife Institute of India report.
VB Mathur, director of Dehradun based Wildlife Institute of India, had earlier said, “Tigers are generally found at an altitude of 4000 ft-6000 ft in India. But, since the last estimation was done (2014) both states (Uttarakhand and Arunachal Pradesh) have reported the presence of tigers in high-altitude areas.” 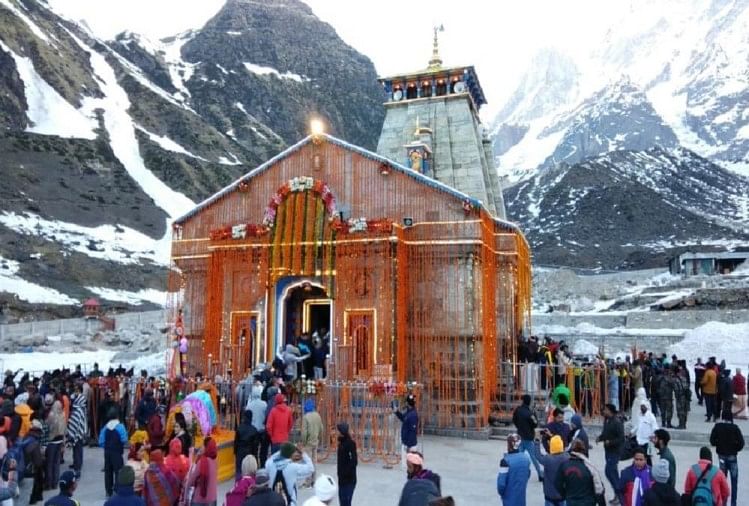 Kedarnath Temple was unharmed miraculously in the 2013 mishap

North India is on the brink of monsoon’s arrival and it will soon lash the Gangetic plains and high valleys of the Himalayas Valleys and then retreat. During this phase, the river valleys of the Himalayan region generally floods with water as the whole area receives very high rainfall and sometimes the situations turn disastrous. One similar disaster in 2013 left Kedarnath valley in Uttarakhand in ruins.
The rumor of Chorabari Lake’s revival got a new twist when a few satellite images of big glacial lakes around the glacier were released. This backed the speculations of the NDRF and doctor’s team who claimed the revival of Chorabari Lake. Earlier, in the monsoon months of 2013, the aforementioned lake’s banks were broken and it merged with the river Mandakini swelling its water to unprecedented levels leading to the erosion of its bank. There was heavy rainfall in the area and cloudburst as well which resulted in the mishap known as ‘Himalayan Tsunami’ that caused loss of more than 10,000 lives and leftover 15,000 people injured or stranded.
The satellite images released in a report of India Today, are a sign that the authorities should not ignore the possibility of the second mishap of similar fashion and remain on alert. In the satellite images of June 26, 2019, which were taken by the Landsat 8 and Sentinel-2B satellites, the presence of an increasing number of water bodies can be seen over time. Earlier these bodies were not present due to the sub-zero temperatures. The experts believe that the increase in water bodies at this height and sub-zero temperature zones is a result of global warming and might be dangerous in terms of flash floods.

Earlier, Financial Express Online in an article mentioned the probability of revival of such a lake. The report suggested that a glacial lake 5 km above Kedarnath valley has formed and is being speculated as a threat and demanded corrective measures by the authorities.

However, according to a PTI report a scientist of the Wadia Institute of Himalayan Geology has said that it is a seasonal lake around 4.5 kilometers above the Kedarnath temple and possesses no threat to the temple-town. The institute had sent a four-member team to the spot for a first-hand assessment of the situation after they got the information said the director Kalachand Sain. The Wadia Institute of Himalayan Geology is an autonomous body under the Ministry of Science Technology.

Though, experts believe that such formation of the glacial lake is a considerable threat in that part of Kedar valley and for people in the lower valleys as we cannot predict nature. The best we can do is analyze and be at alert to tackle such mishaps and any reoccurring situations like the Himalayan Tsunami.

Formation of such water bodies came to limelight when there were reports by doctors working in health camps in Kedarnath valley. The team of doctors along with local authority and a team of NDRF went above the Kedarnath valley and claimed to have found a lake above the temple site located 5 kilometers away and called it Chorabari. The claims that they made were of a new lake that is forming in the other part of Chorabari glacier and its size is growing day by day.

Uttarakhand may be staring at another disaster
To cater to the booming tourism economy, the government is giving way to unregulated infrastructure construction, environmental degradation and have no policy for proper land use 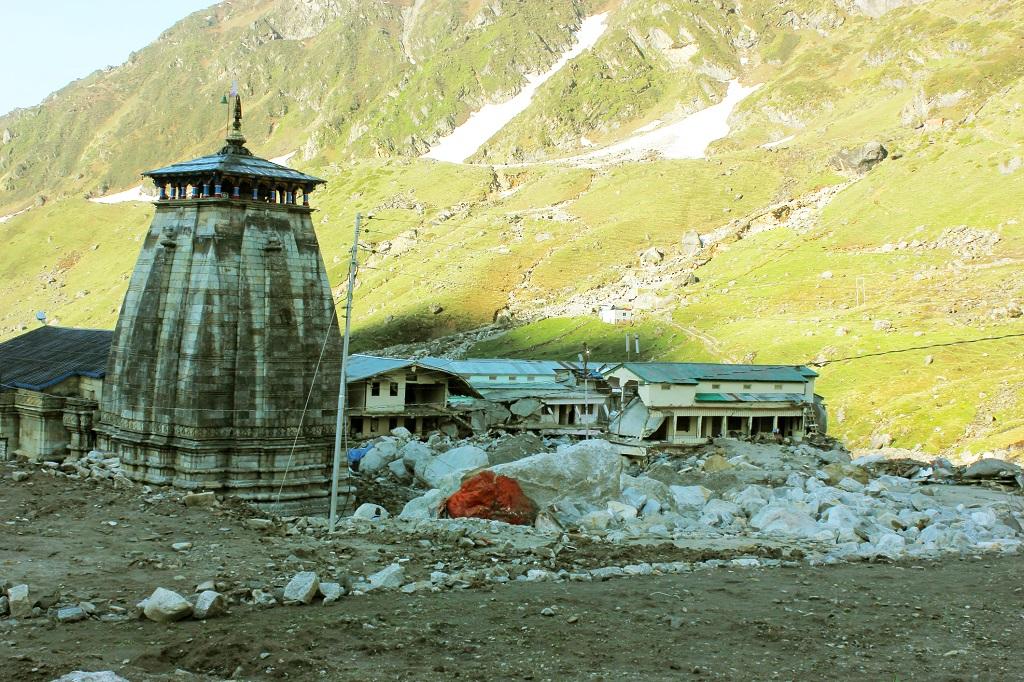 
Uttarakhand may be staring at another disaster

Please check Heli Services detail near by Buransh Resort at :

PALPITATION STARTS AFTER TAKE OFF
M

Satinderji,
We are going to Darshan for Kedarnathji. Like to spend a night at Nandi Complex (Bunk Bedded) Kedarnath. Please tell me how far it is from the main temple ? As no accommodation are available at Swargarohini Camp.
Thnaks.

Mohanlal said:
Satinderji,
We are going to Darshan for Kedarnathji. Like to spend a night at Nandi Complex (Bunk Bedded) Kedarnath. Please tell me how far it is from the main temple ? As no accommodation are available at Swargarohini Camp.
Thnaks.
Click to expand...

GMVN Cottages are 2 or 2.5 km before the main temple.
I stayed there only.
It was Good experience but to reach temple you have to get ready earlier.
It may be difficult to walk at this height.
Other private or Dharamshala or tent accomodation can be booked only on arrival.
If you have their numbers only then you can try.
Otherwise this is not the season and you can get room easily.
To be safe you can book GMVN huts / bed awse.
It is lonely and peaceful area.
Last edited: Aug 14, 2019 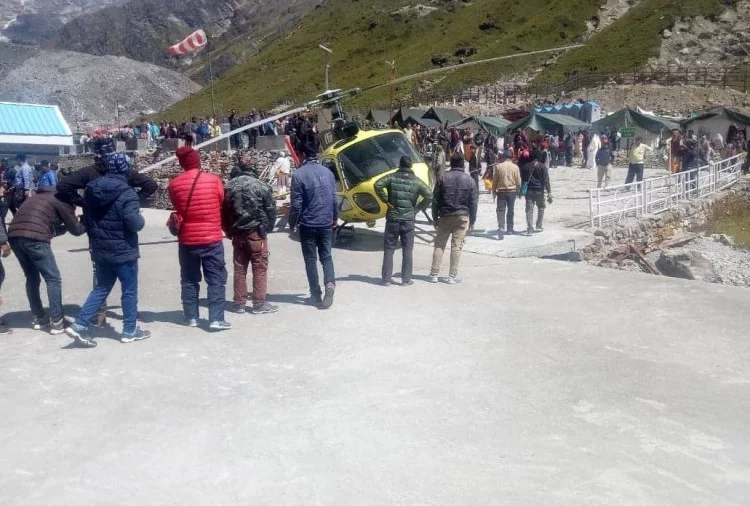 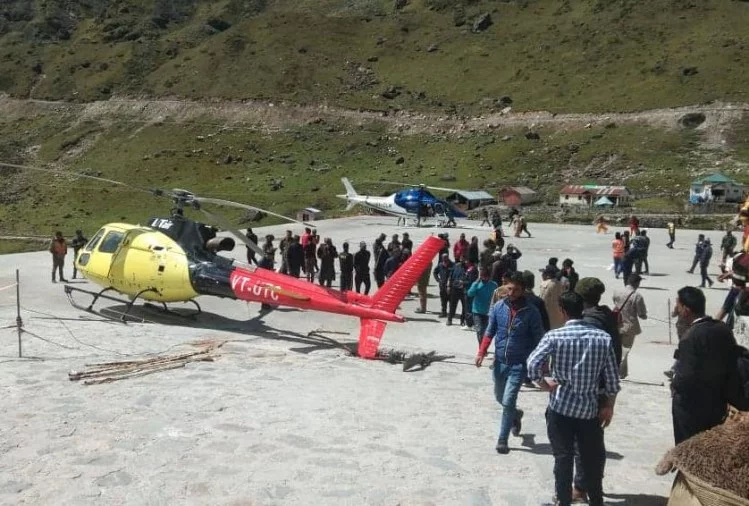 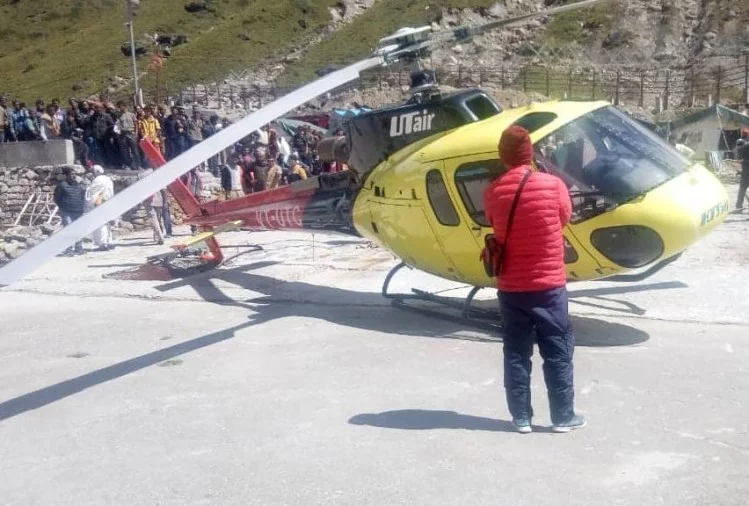 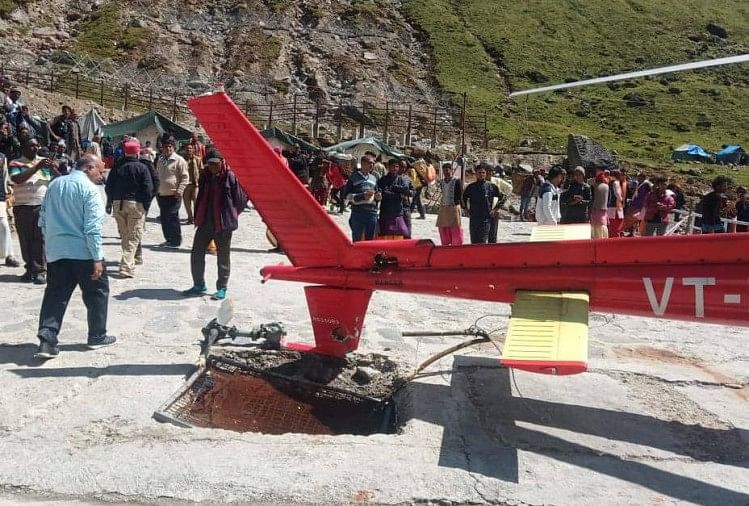