Day 3: Kalpa-Chitkul-Tapri-Shimla
This was supposed to be a relaxed day but it turned out to be the hardest one. We were supposed to go Kalpa and come back to Peo. But when we went to Kalpa somebody pointed out that Chitkul can be reached with a 4WD vehicle as the amount of snow is not much. Thus we returned from Kalpa to Peo till 2pm, hired a 4WD bolero camper and set out for Chitkul. Reached at about 430 445 pm. Spent amazing two hours there watching the last rays of Sun on the snow cladded Dhola peak and returned to Sangla. But in Sangla only one GH wa open and that too without food and water. Thus decided to stay at Tapri as my companions being first time Himalayan visitors were not comfortable spending the night in cold and without amenities. So we drove to Tapri. Had simple dinner at the dhaba opposite bust stand. Somebody mentioned about the last bus from Peo to Shimla. It was about to reach Tapri. So we boared on the full bus with all our luggage and reached Shimla somehow at 430 am in morning. This was a long day. Took the 9am Himsuta to Manali. The peaks of Dhauladhar were all white around Shimla.But the rest of journey was uneventful and we mostly dozed off.
In Manali a dear friend of mine had already arranged stay. Reached manali at 5pm. He was there to pick us up. Went to the cottage and the had some nice time the hot spring pool at Kalath. To our surprise he also gave his Alto to drive in. So we were happy. Went to Mall road and had good dinner. 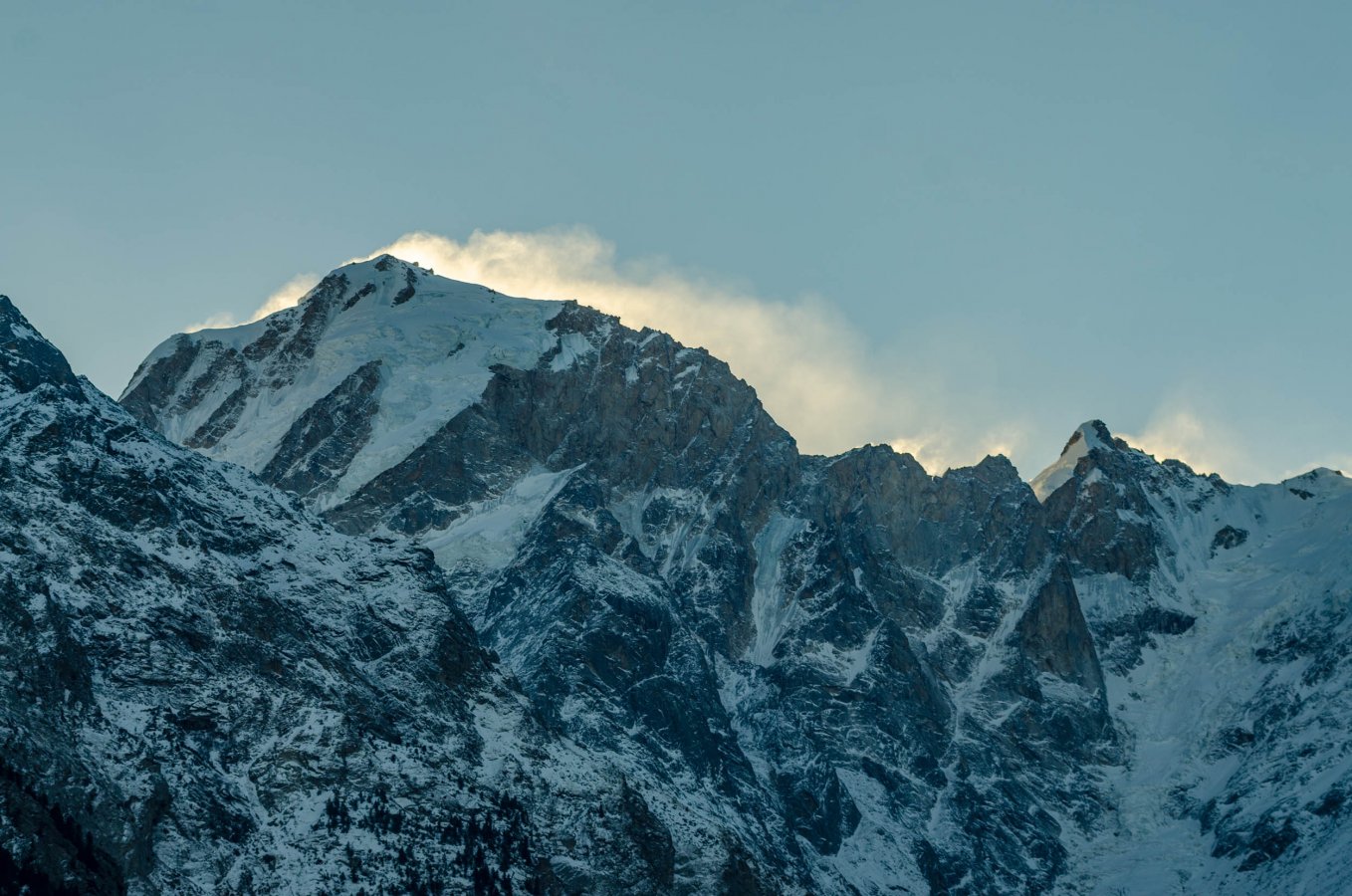 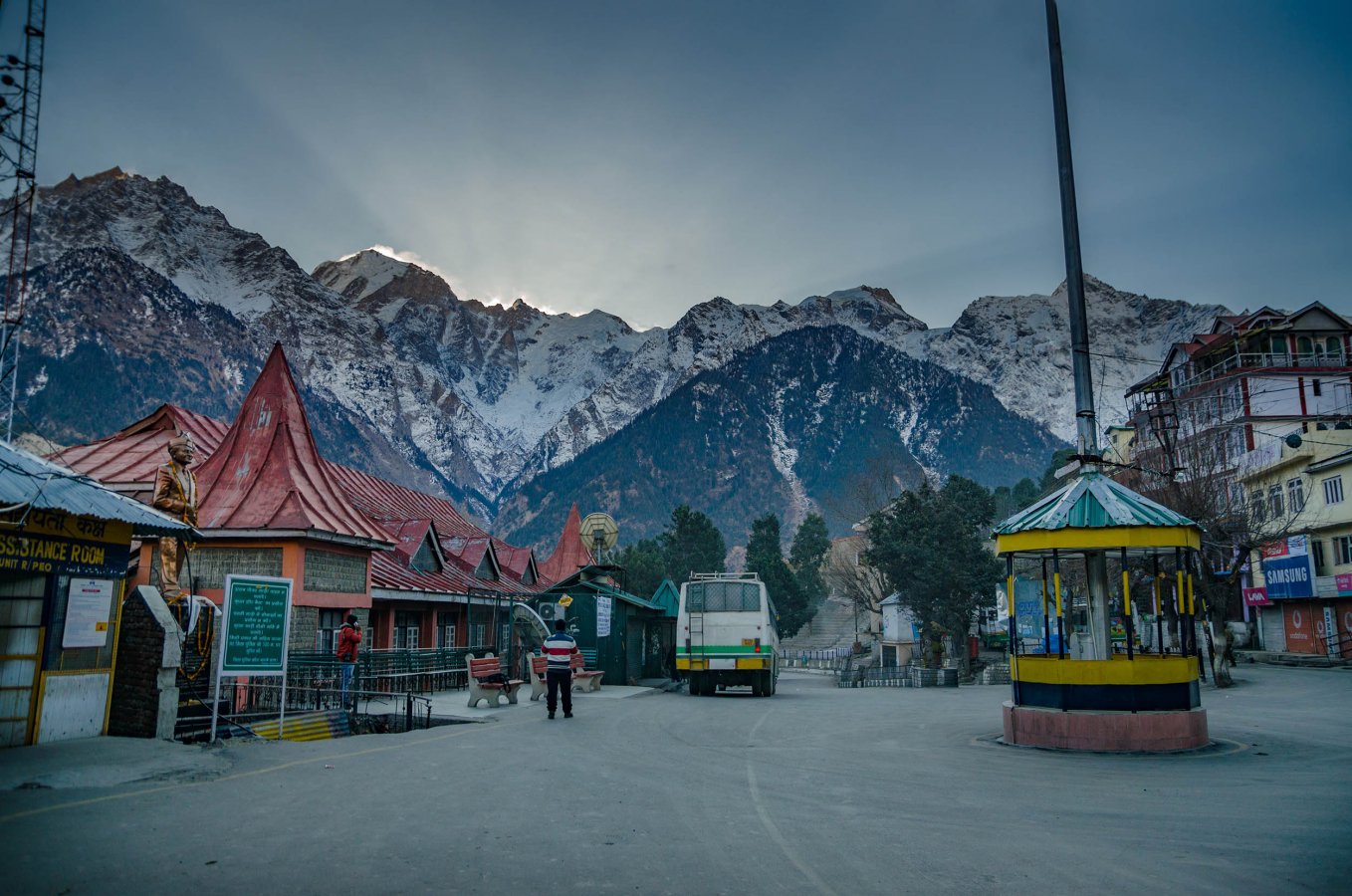 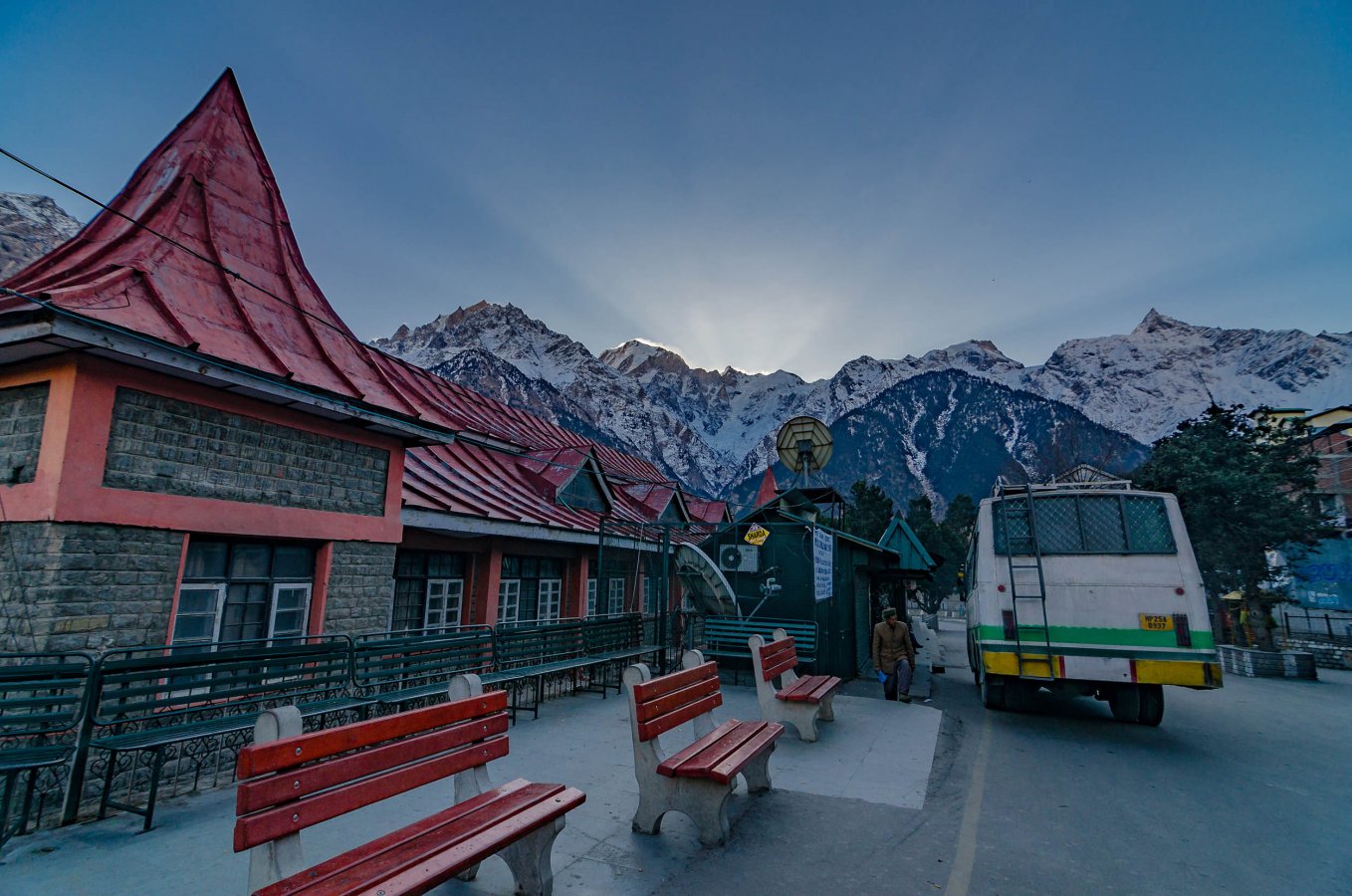 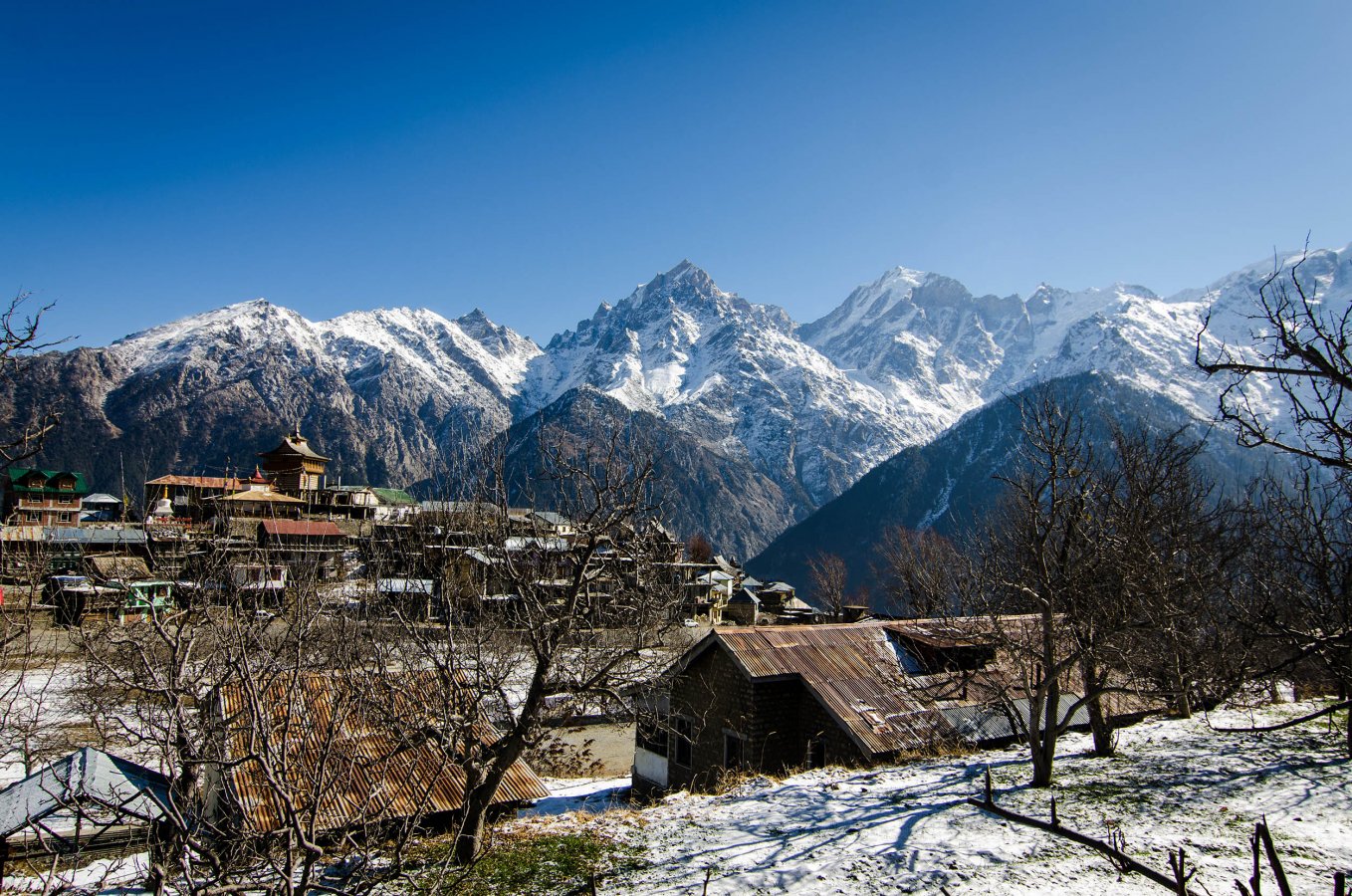 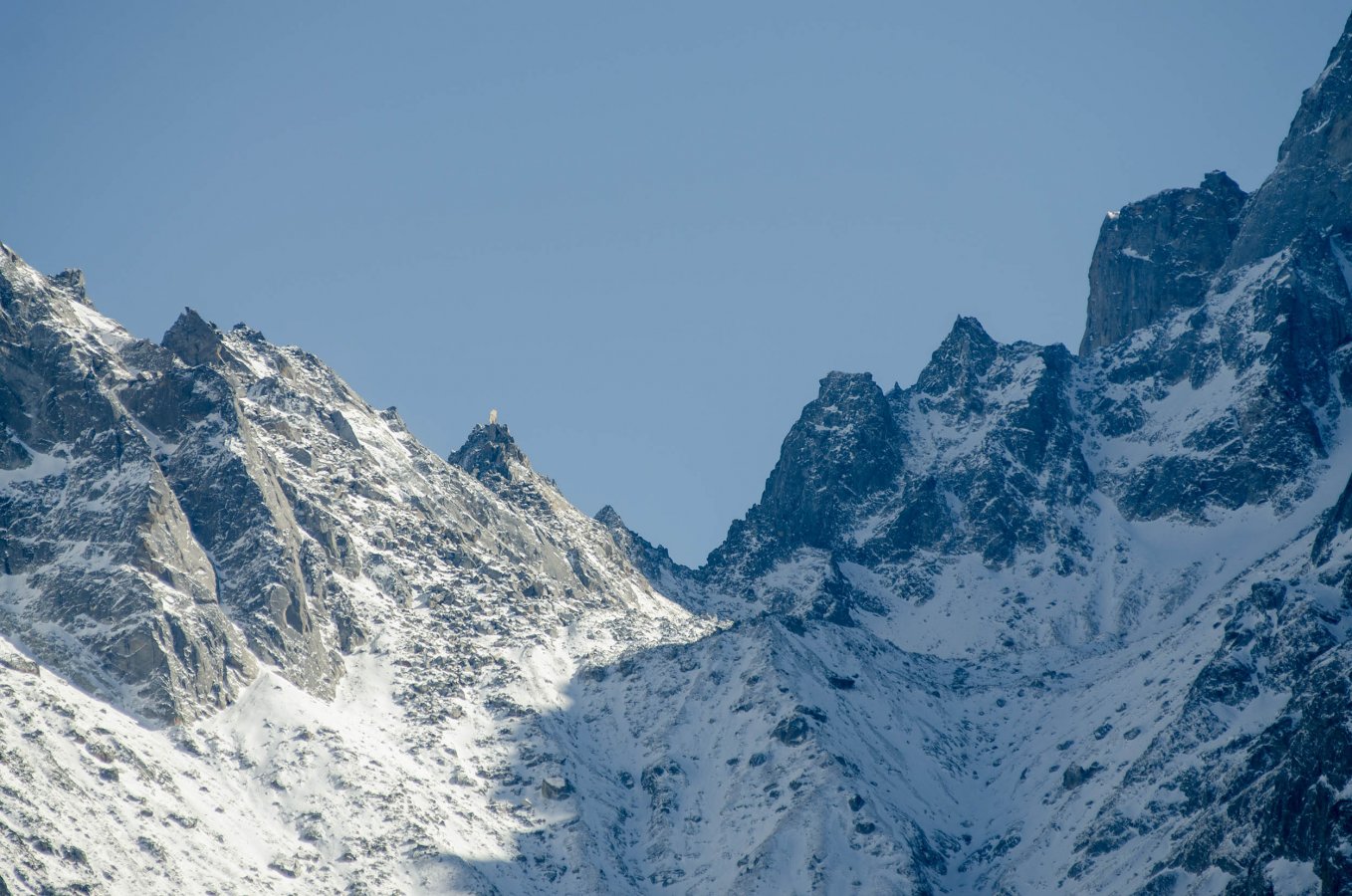 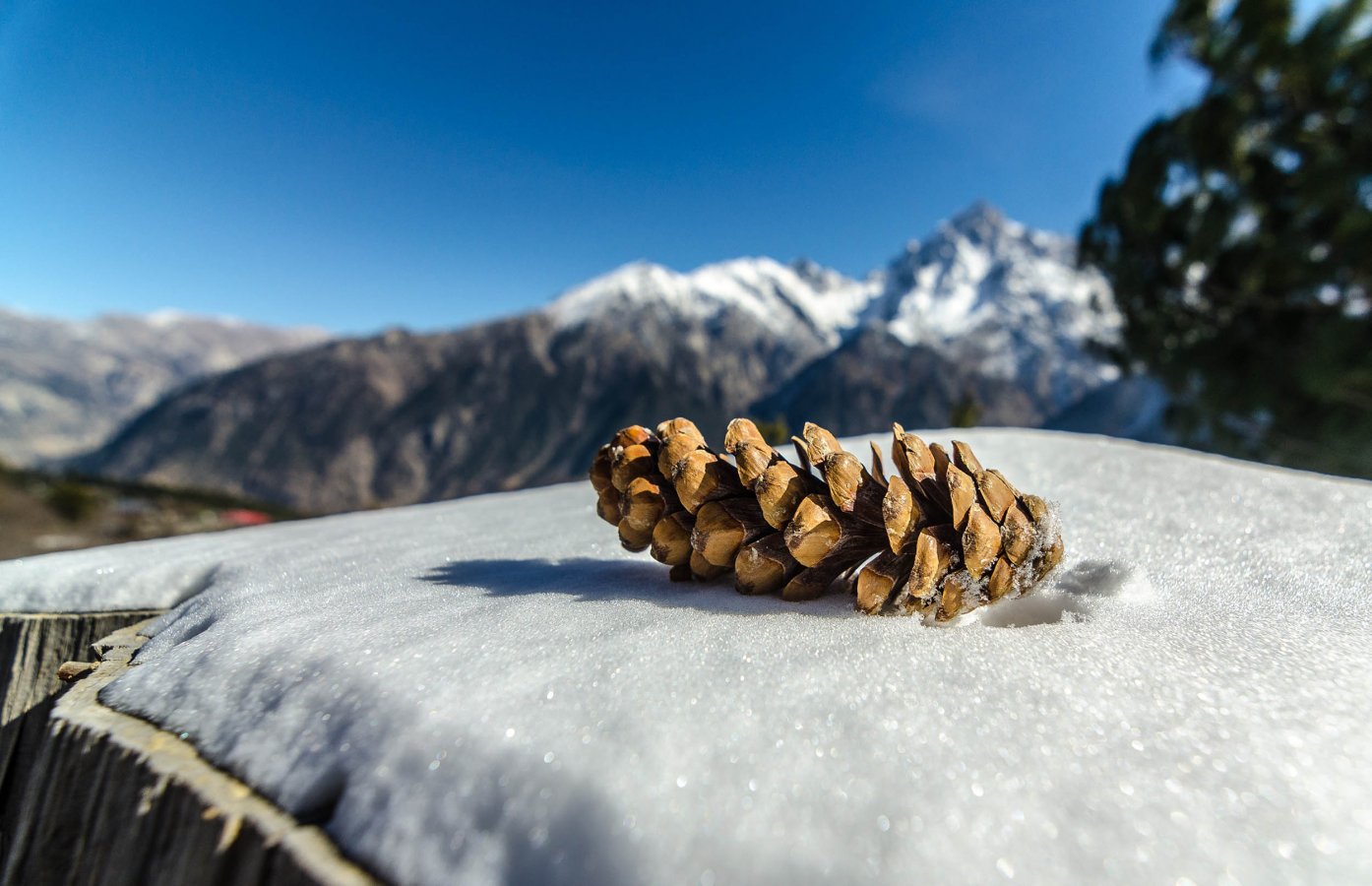 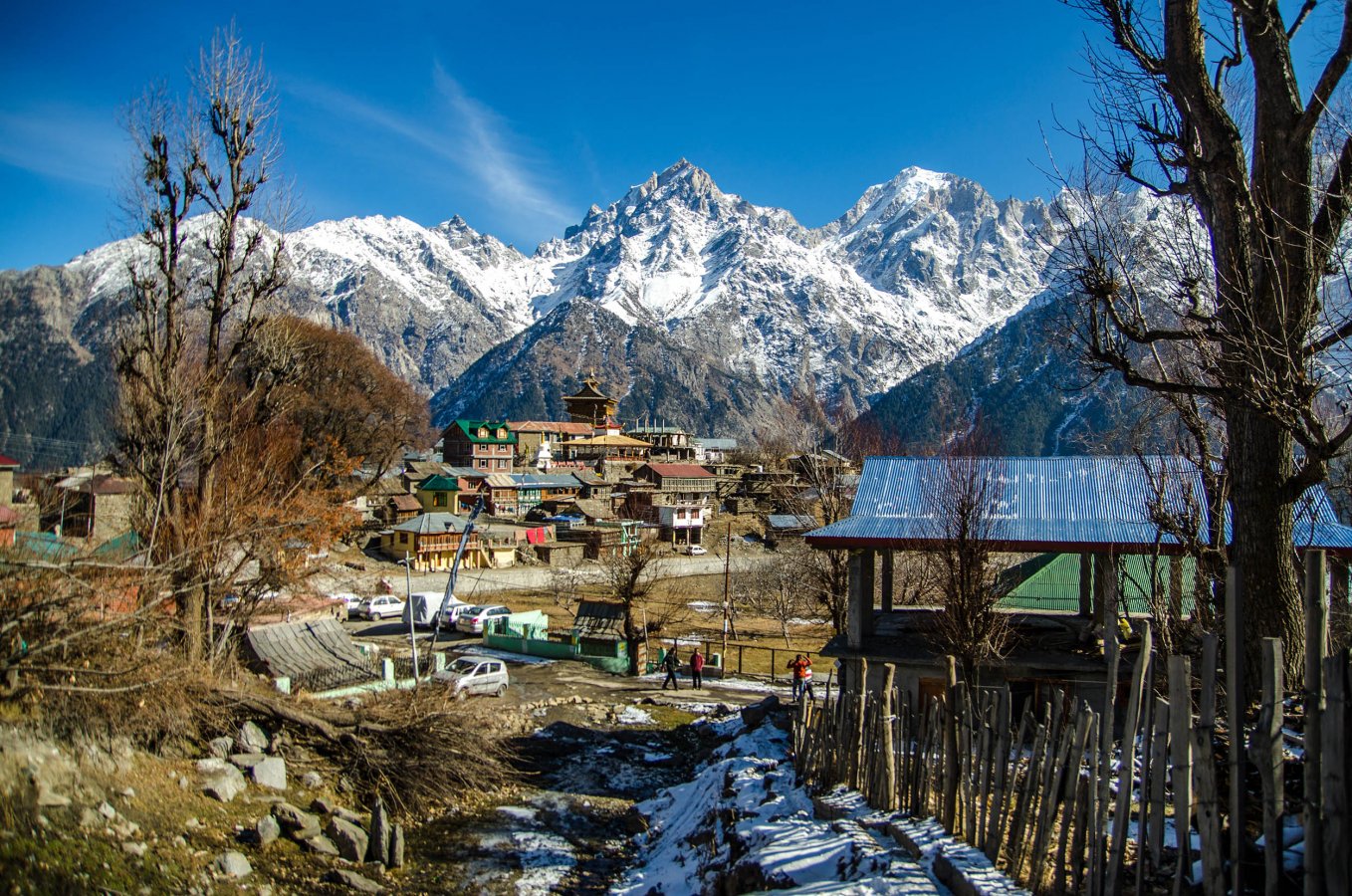 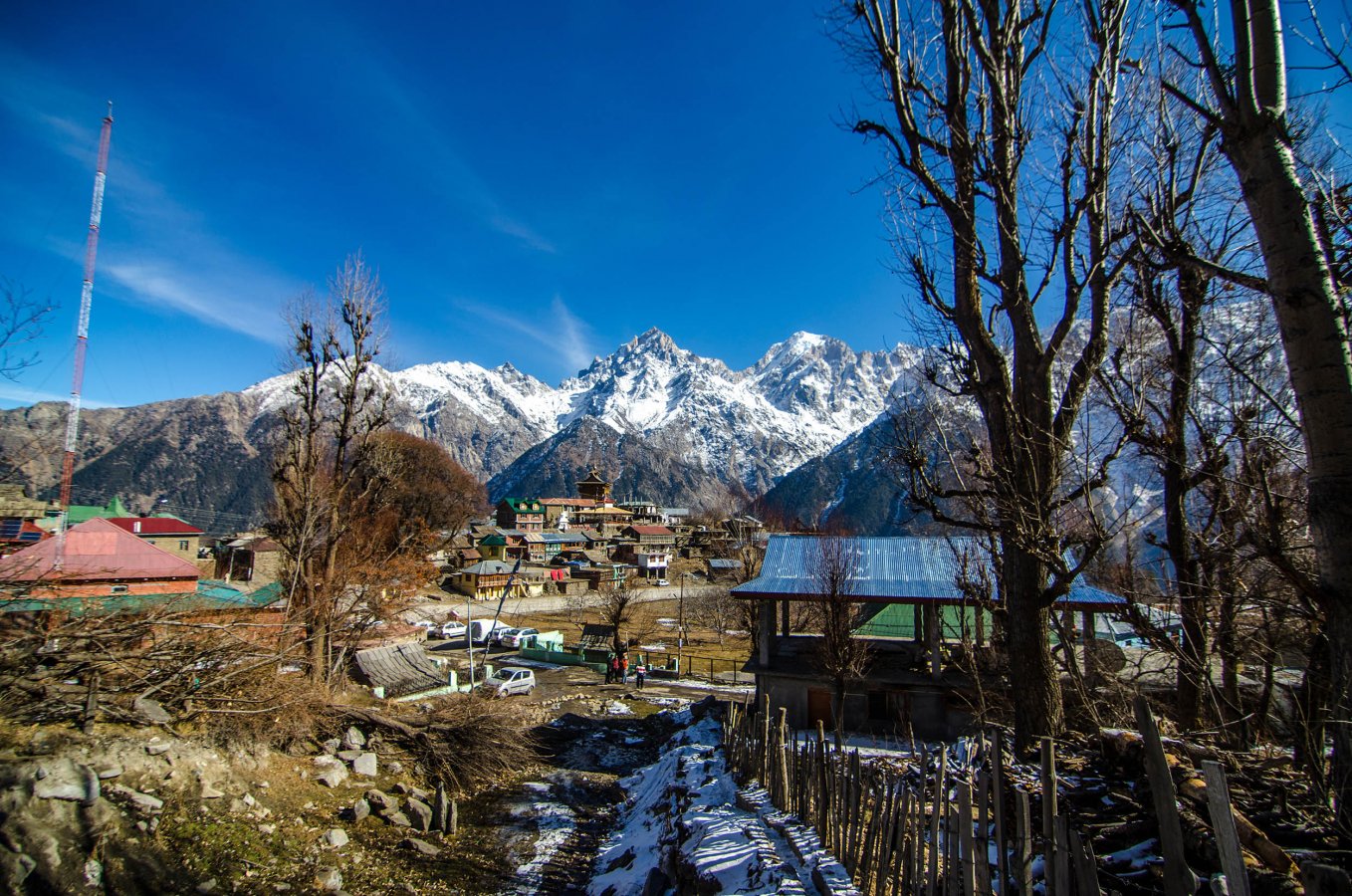 On the way to Chitkul: 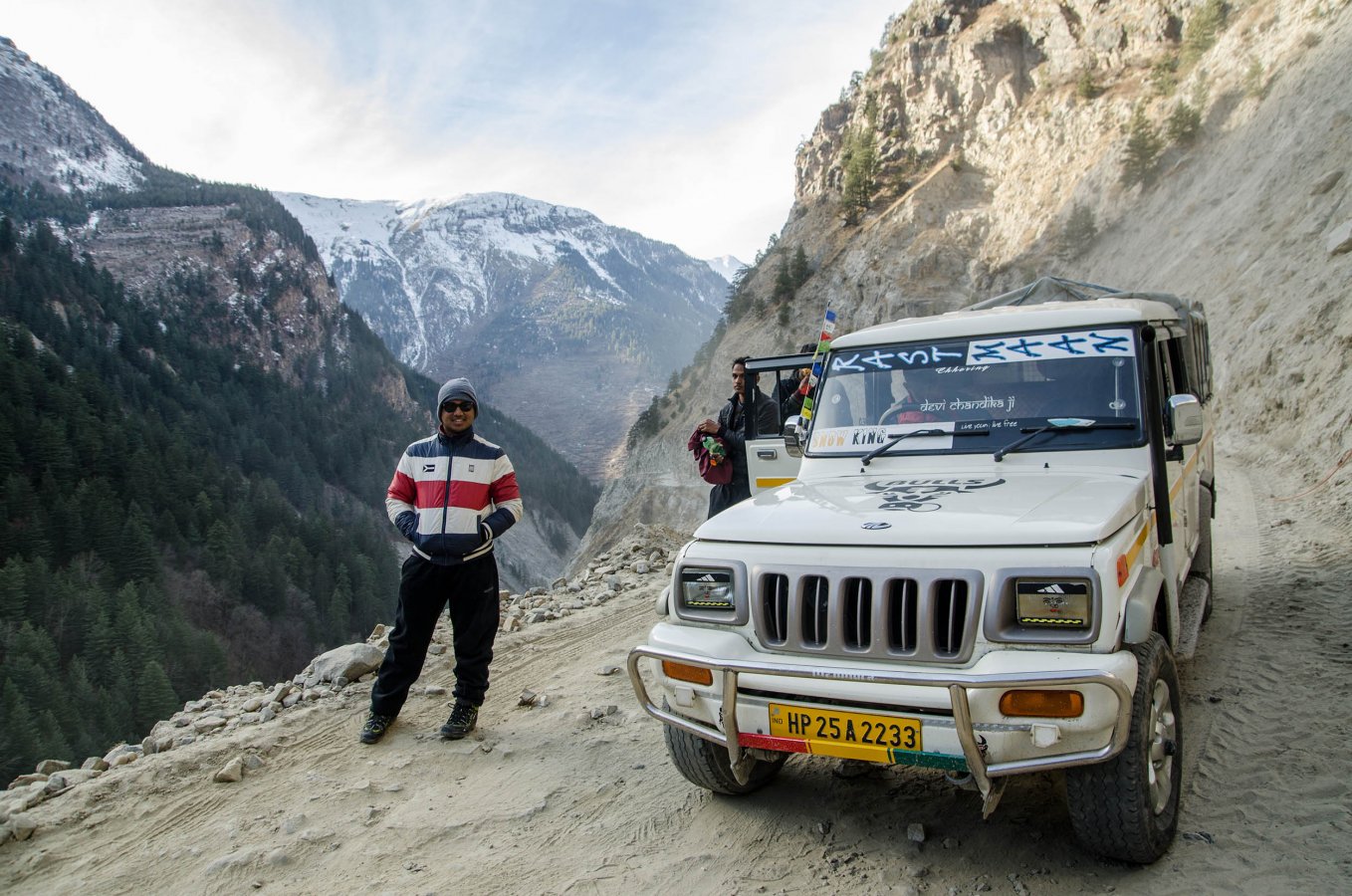 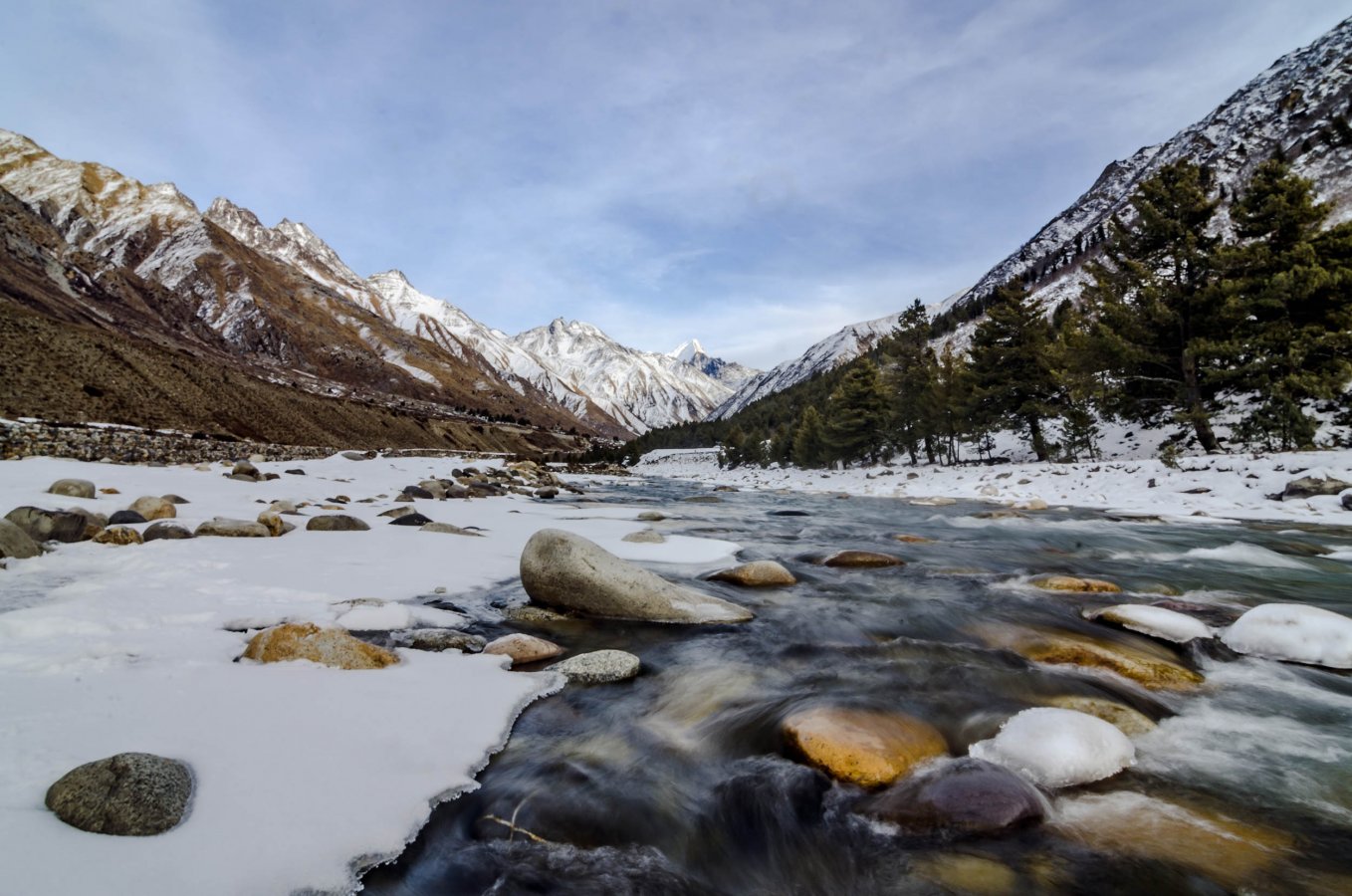 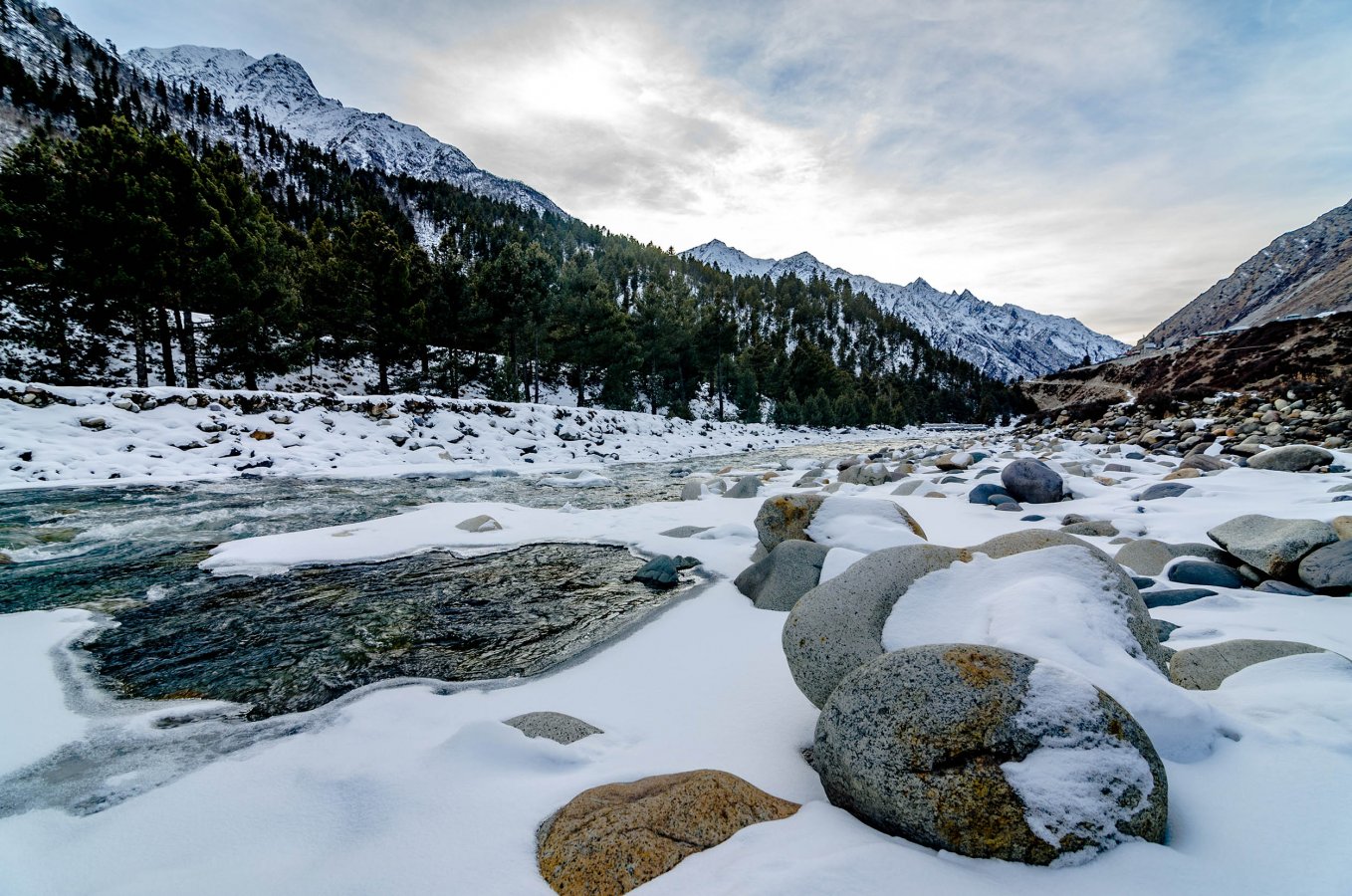 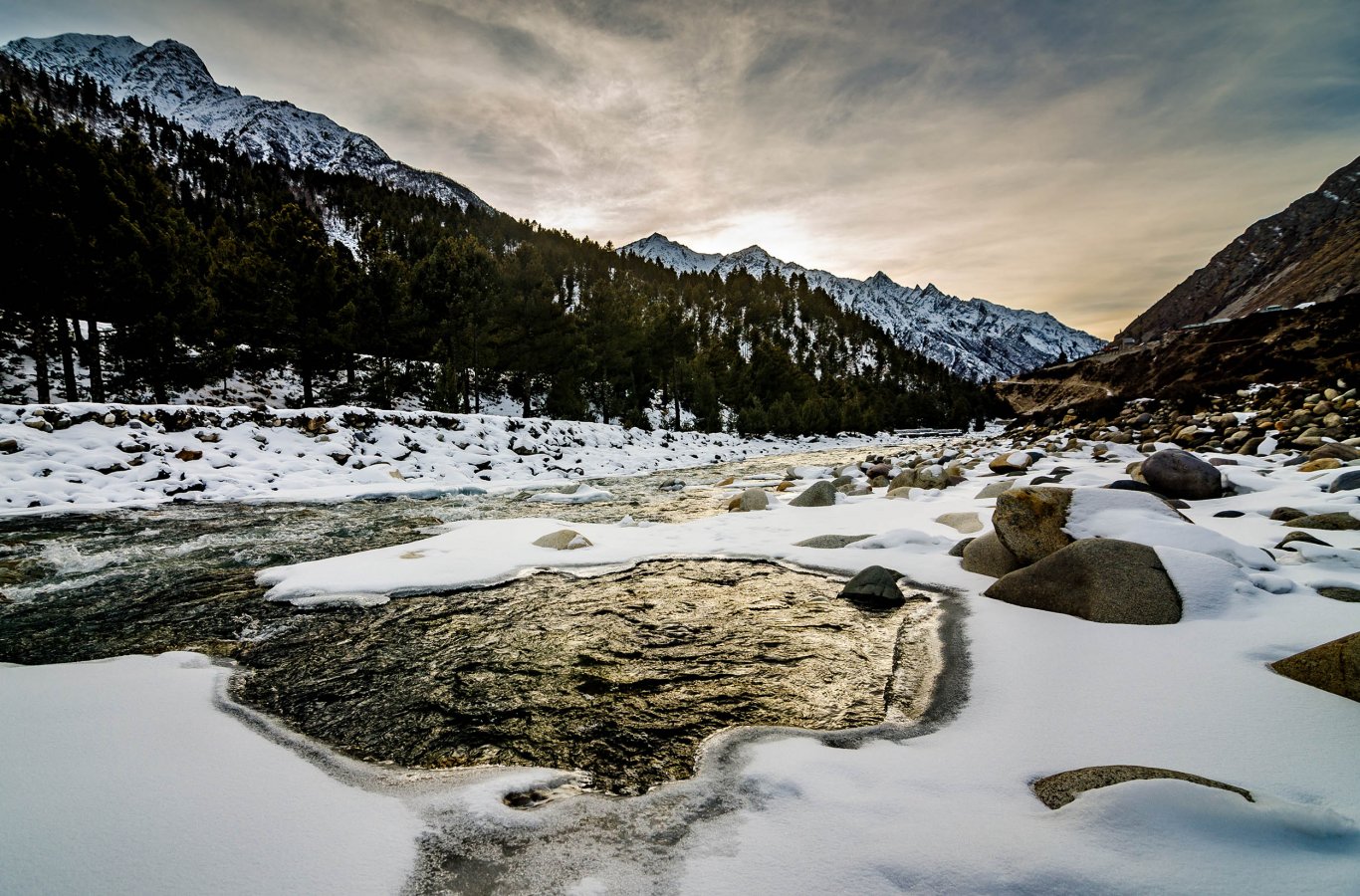 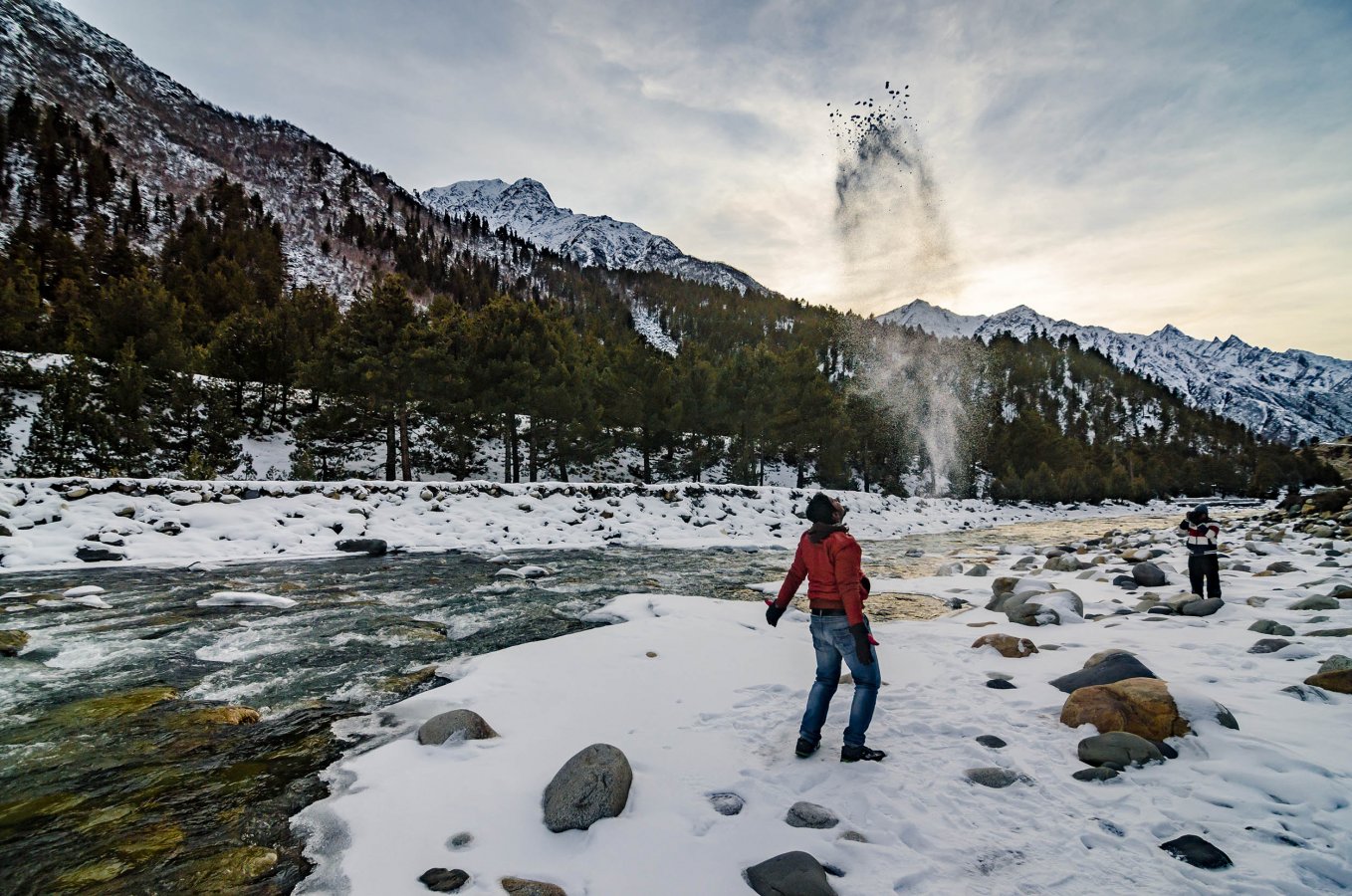 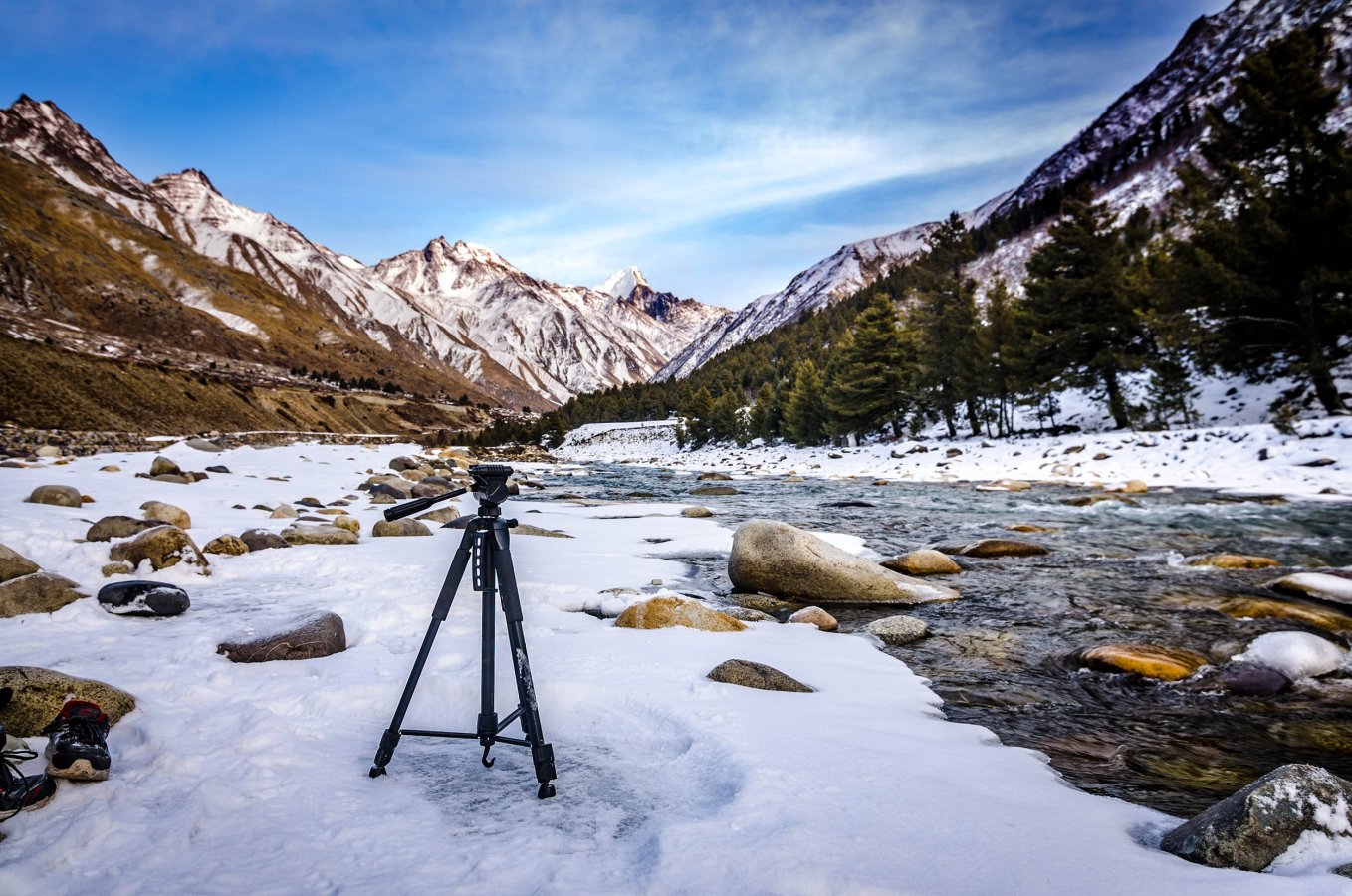 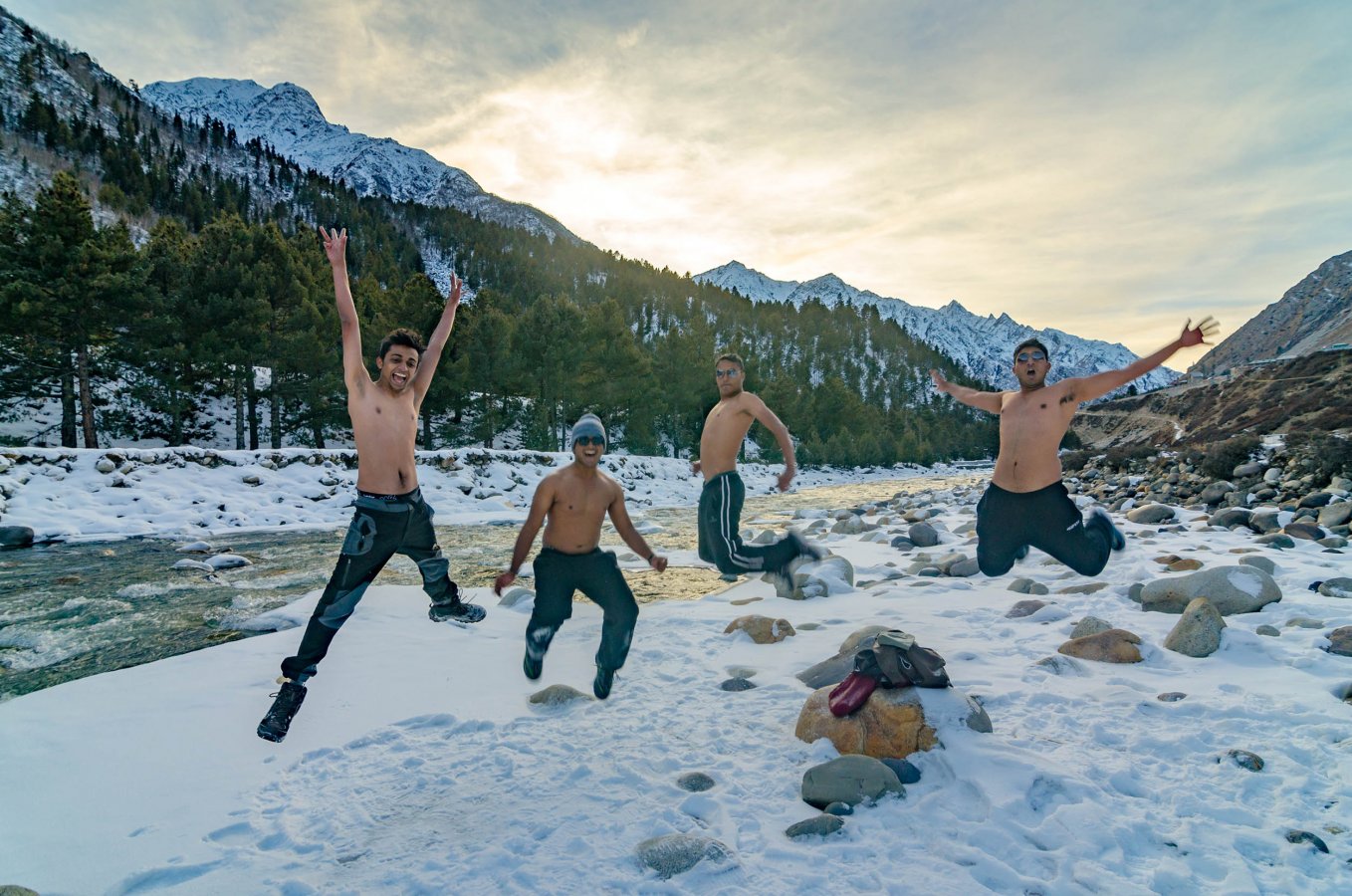 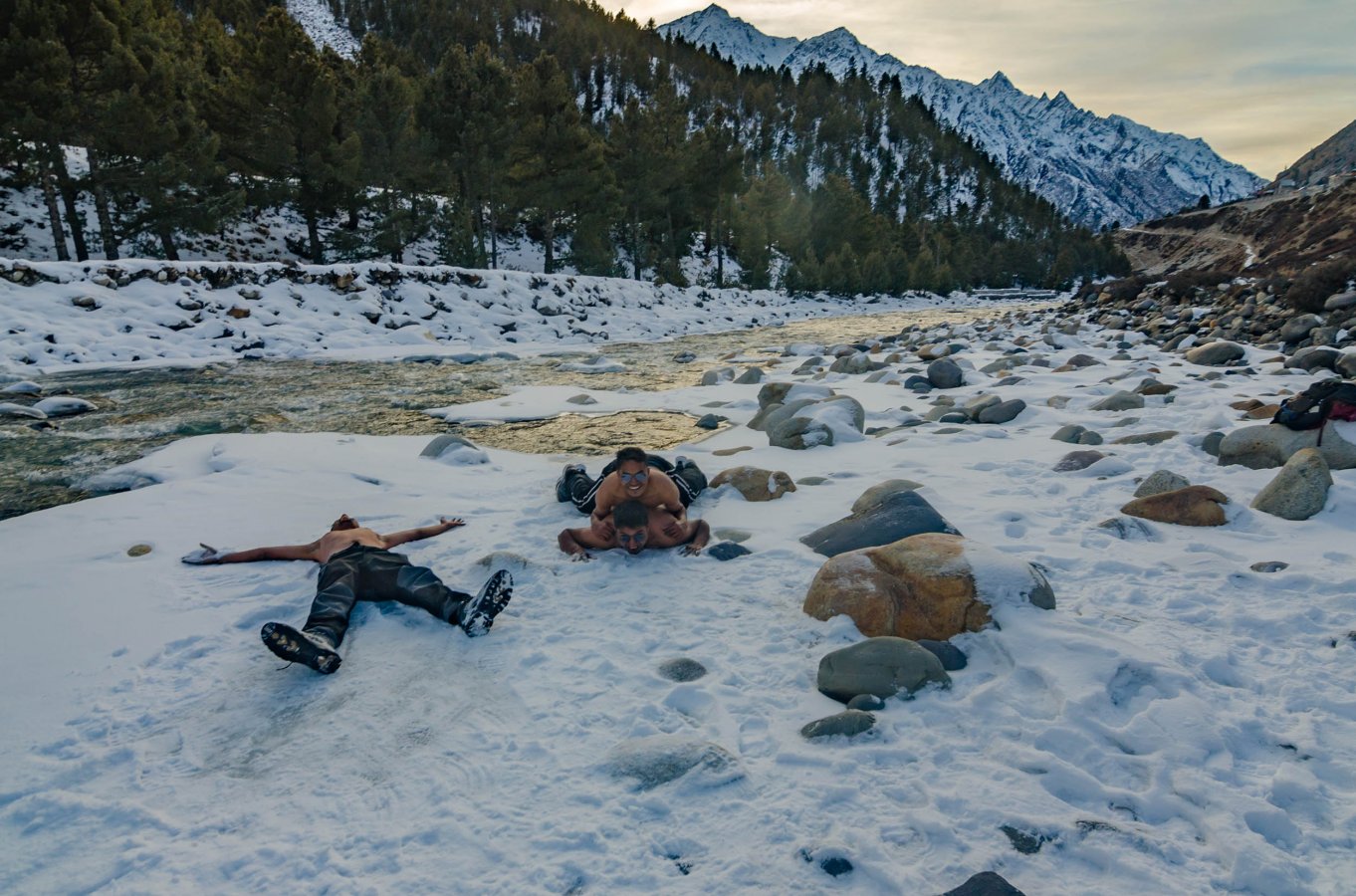 The Sunset at Chitkul: 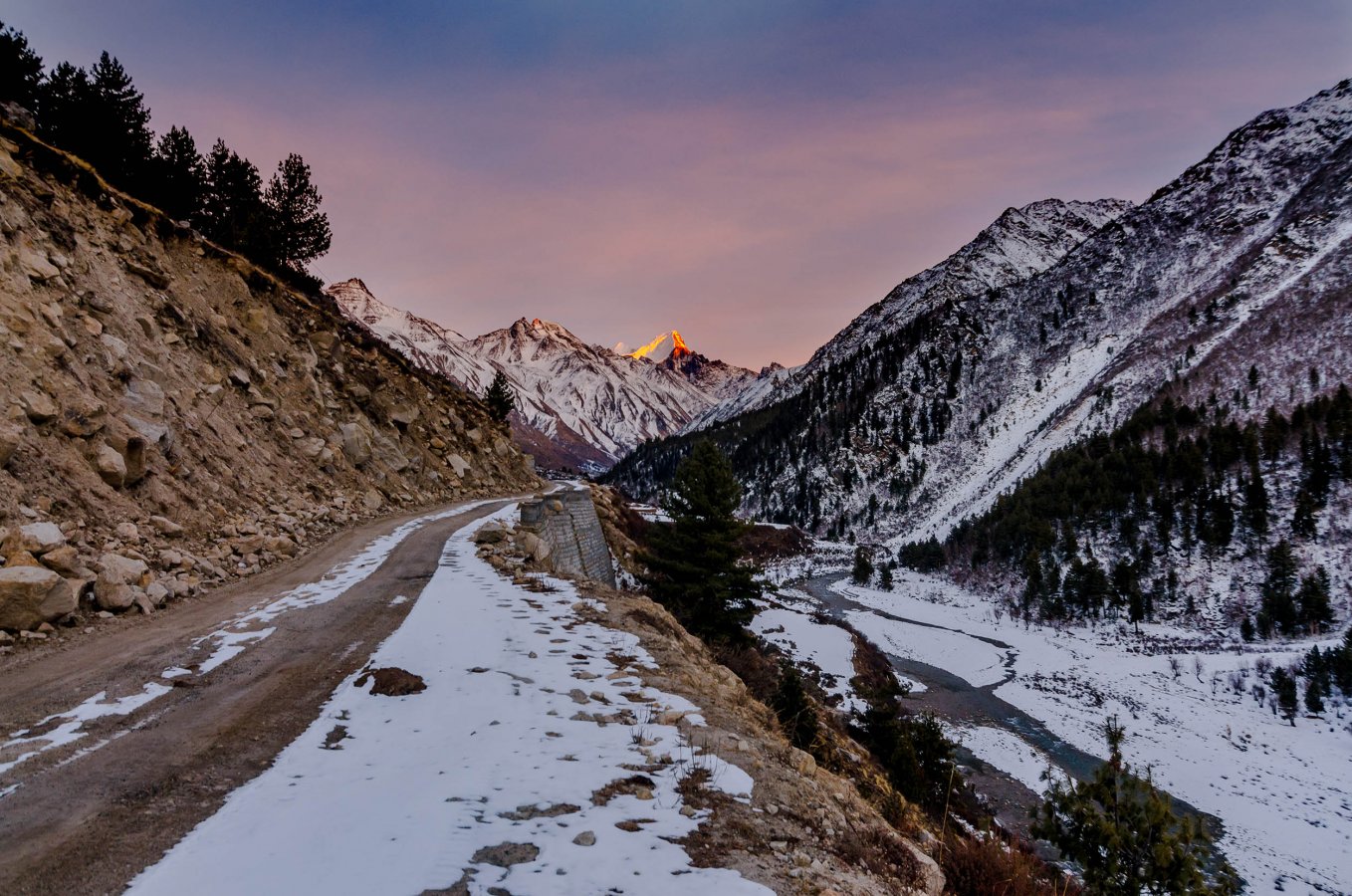 and the rise in Shimla: 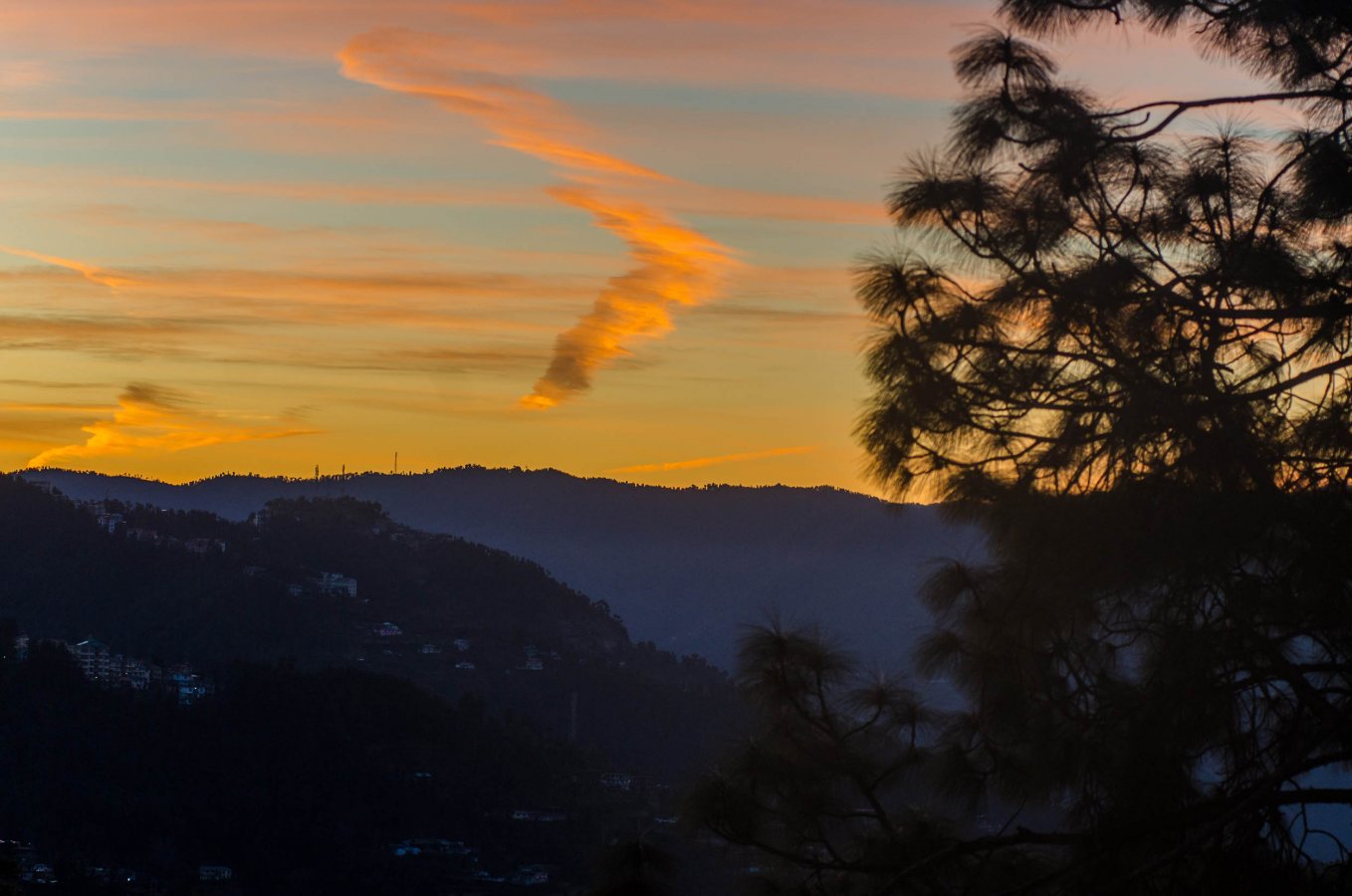 Coming up next: Manali- Gulaba 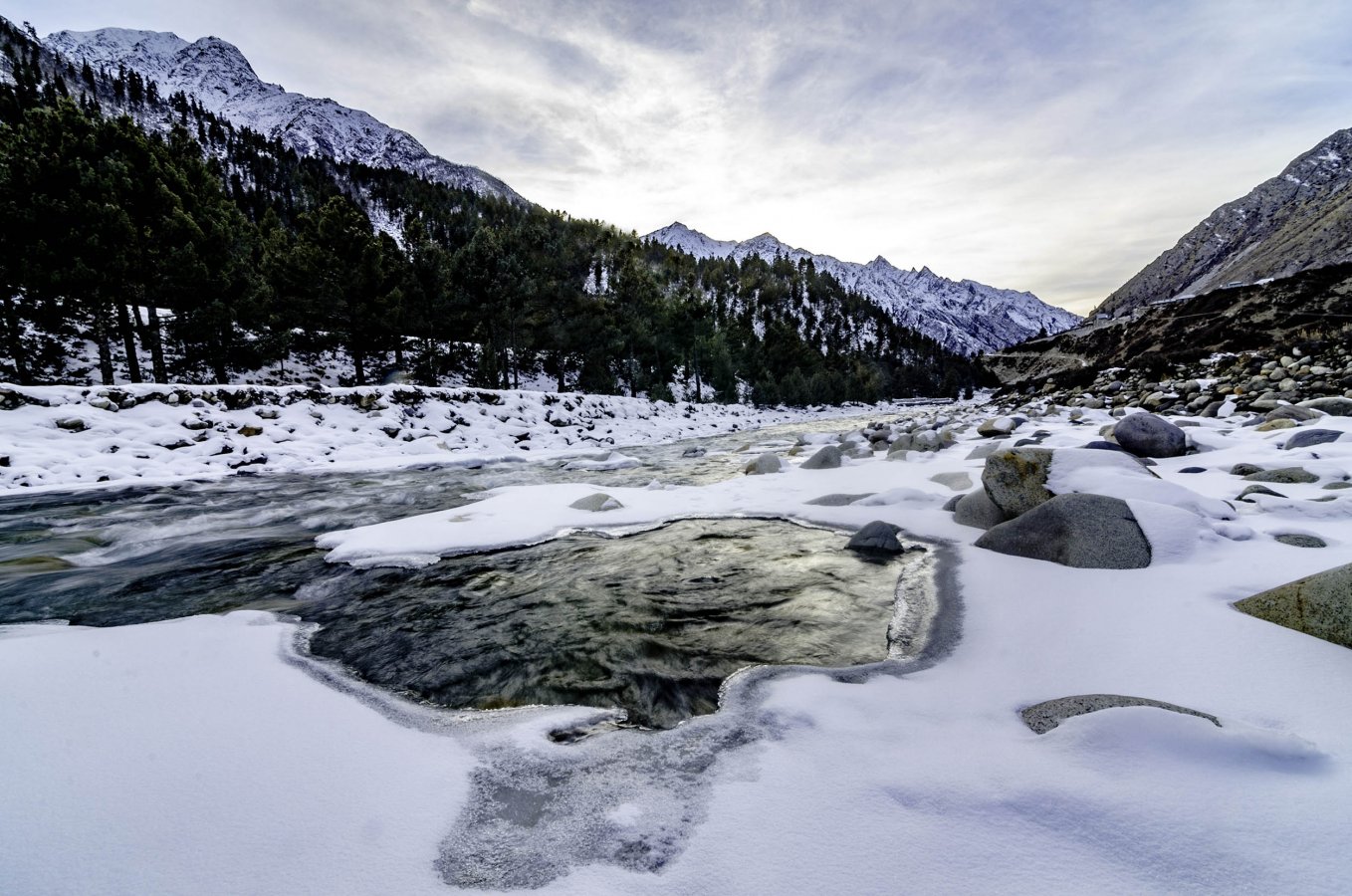 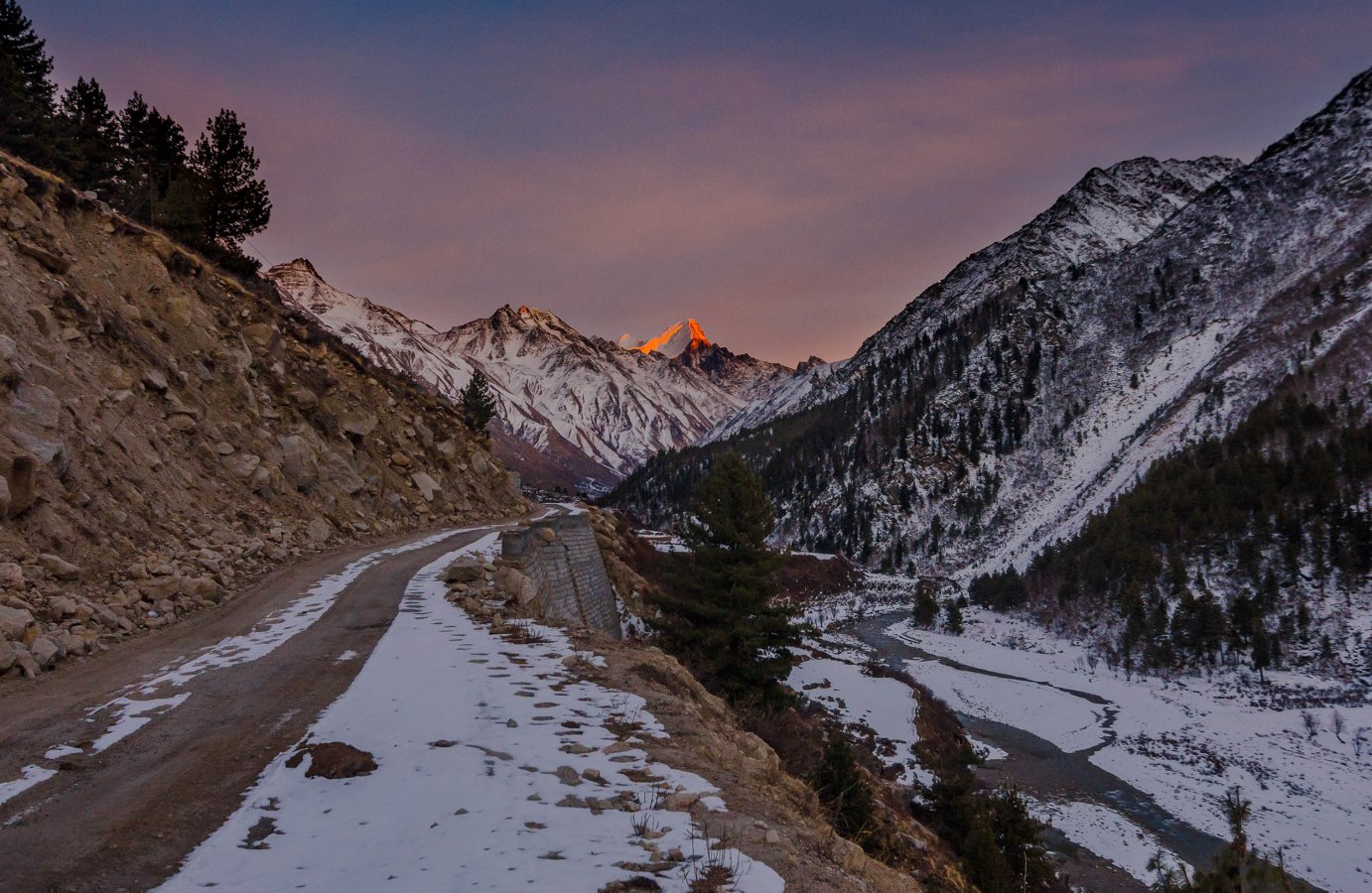