We often ponder and worry if we should take our little ones (as young as 2 year olds) to high altitude destinations. I hope this travelogue will help many parents who are in a similar dilemma and want to travel to places like Ladakh and Spiti with thier young kids. We travelled to Spiti with our daughter in June 2019 and she was not even 2 years old when we started from Delhi. We celebrated her 2nd Birthday at an altitude of 3,700 meters during the trip.

We received many words of encouragement and also some raised eyebrows when we were planning a road trip with our daughter to the the upper Himalayas which would include crossing and staying at high altitude destinations. The first thing that I did was consulting fellow BCMTians on the idea. The response was generally positive and hence I proceeded and met our pediatrician for further advise. We were advised by the doc that it is fine to take the kid to this high altitude as a baby (provided she is older than 3 months) will have same response to altitude as the adults. However, we were also advised that it is necessary to gradually go up the altitude with several night halts in between. Since our doc is also a seasoned traveler and knows the circuit, he immediately advised us to go via Shimla and not Manali to avoid sudden altitude gain. He prescribed certain medicines for the kid (including for AMS) and also asked us to be informed about the nearest army posts if any help is required on the way.

After much thought and preparations, we decided to explore Kinnaur and Lahaul-Spiti districts of Himachal Pradesh in June 2019. Our daughter's 2nd birthday would also fall during the trip. Me, my wife and our daughter were also joined by my sister in Law and two friends from Bengaluru.

Day 1: We left at around 5:30 AM from New Delhi in our Renault Duster to reach Matiana Village (19 kms before Narkanda) by late afternoon. However, after massive traffic jam at Kumarhatti due to widening of the highway, we crossed Shimla a bit later than we expected. 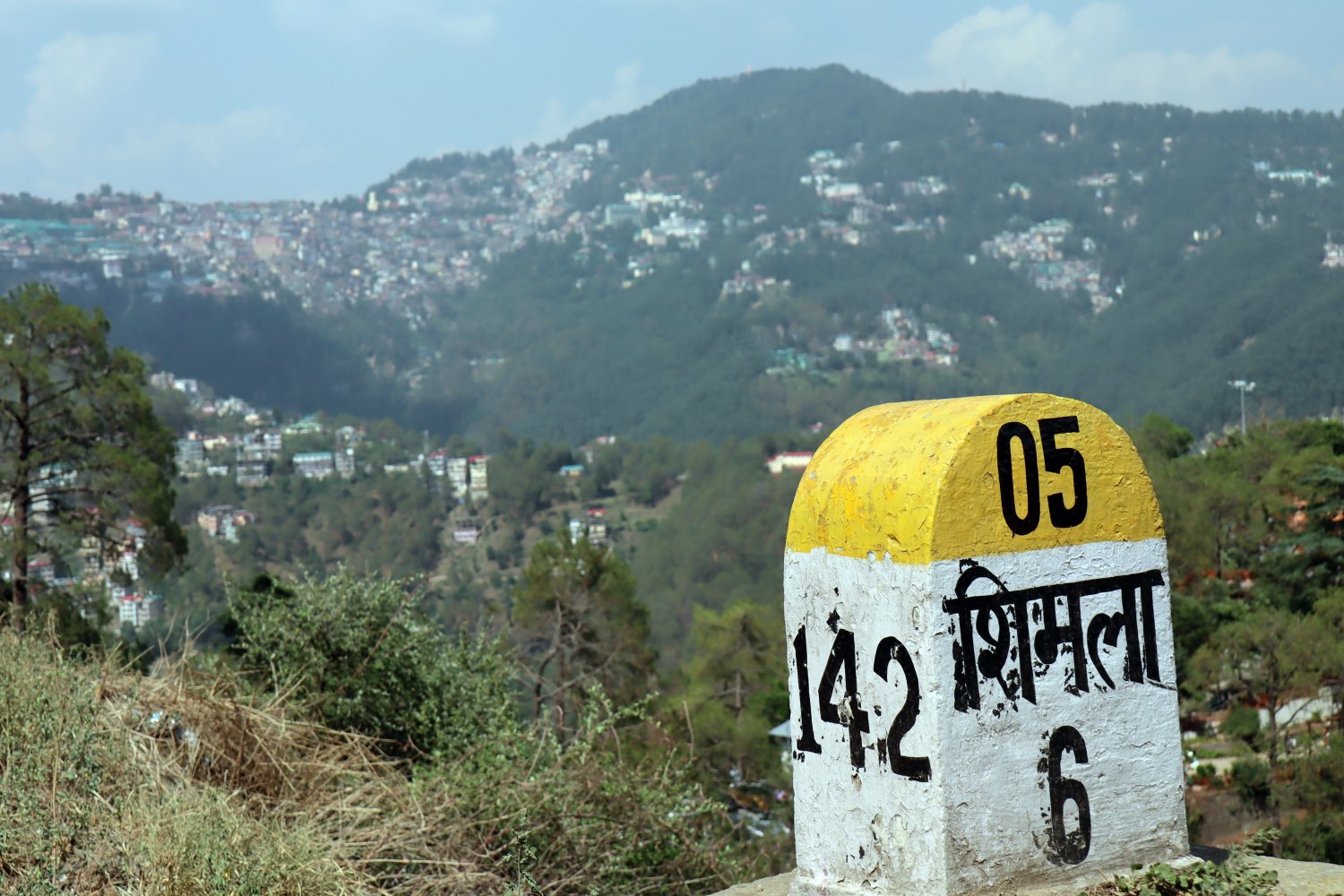 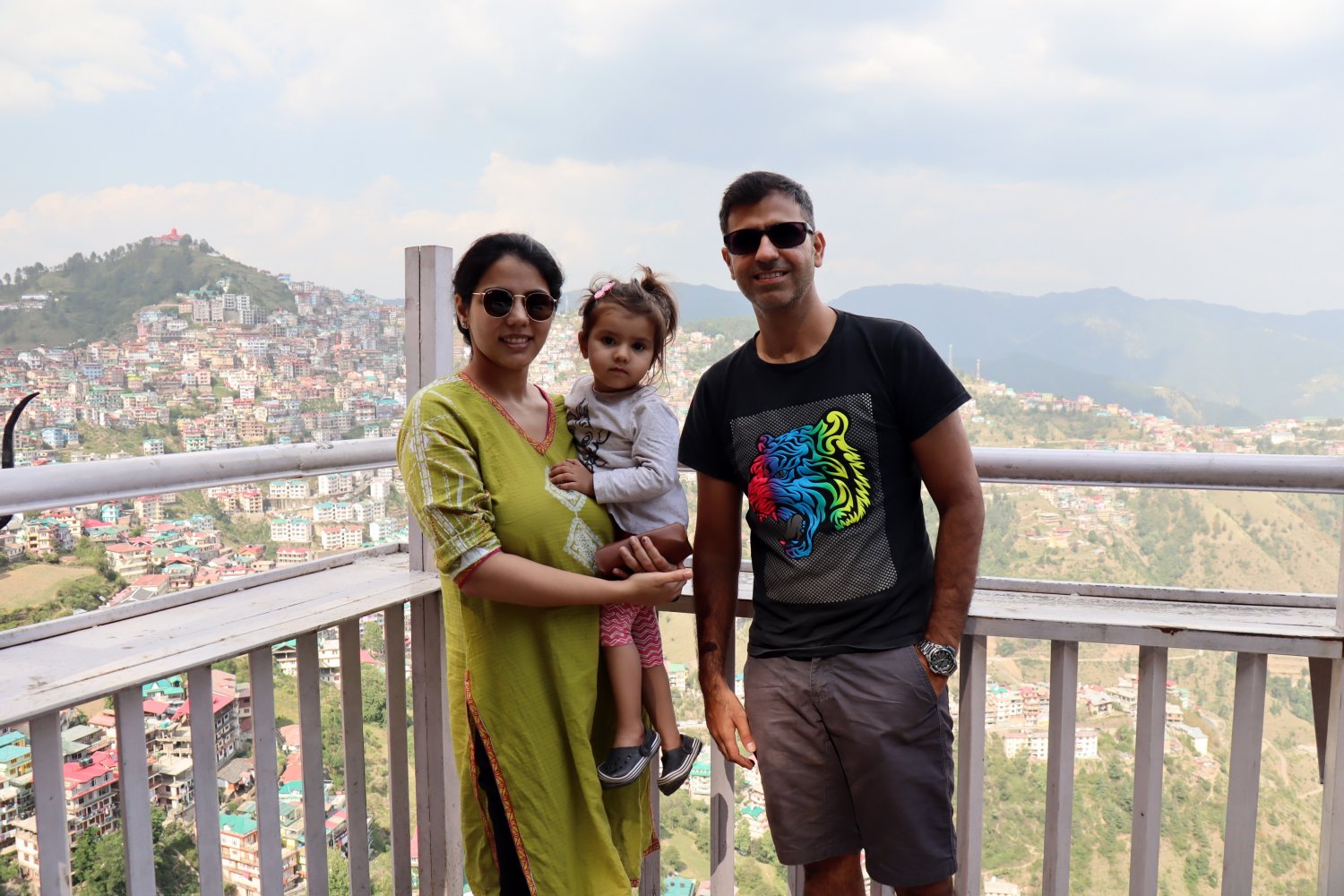 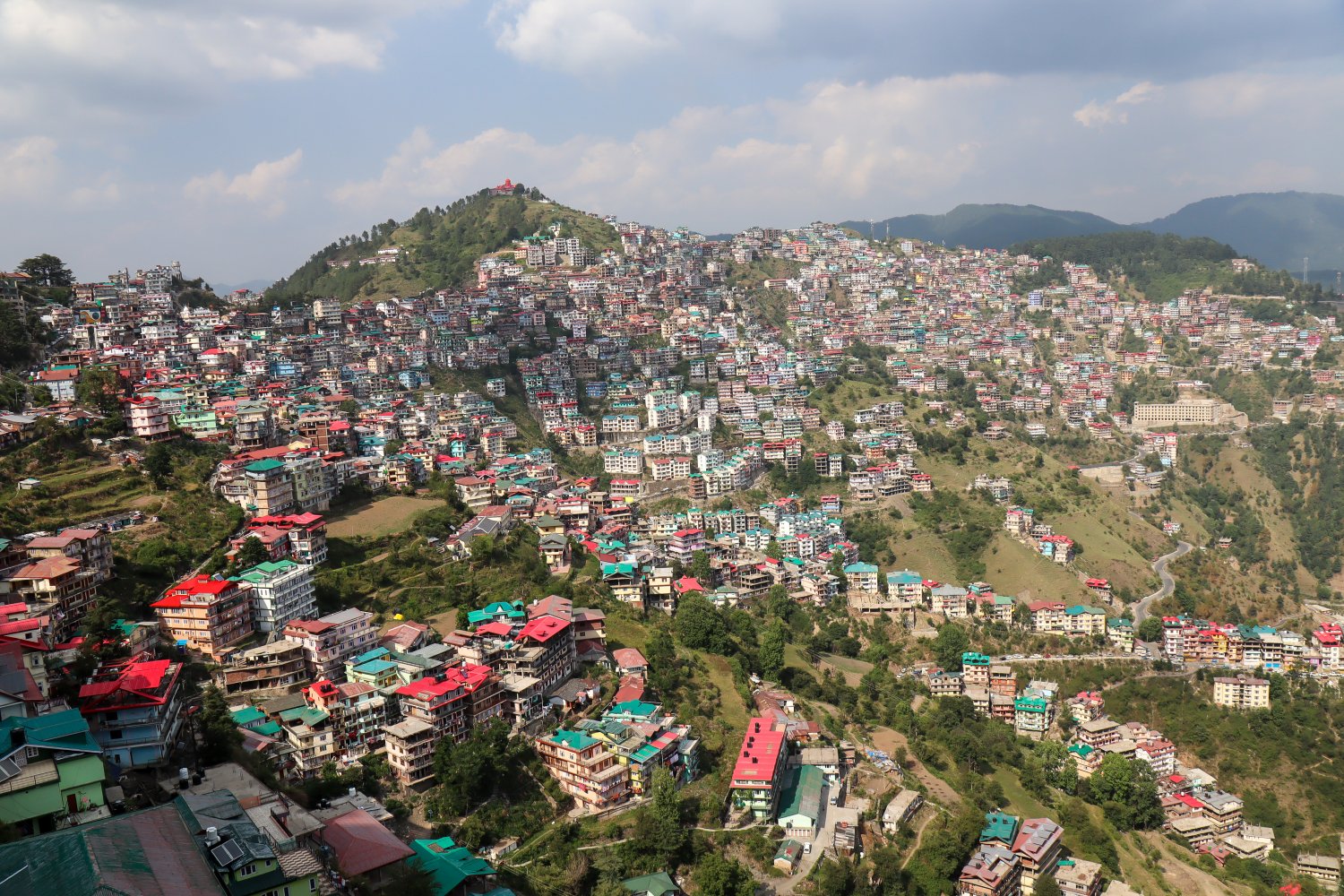 Sanjauli as seen from Shimla. After having lunch between Solan and Shimla, we thought of taking ample breaks until we reach our hotel in Matiana. The heat was gone and air felt fresh. One can gaze at colorful Sanjauli for hours from this point while crossing Shimla towards Kufri. 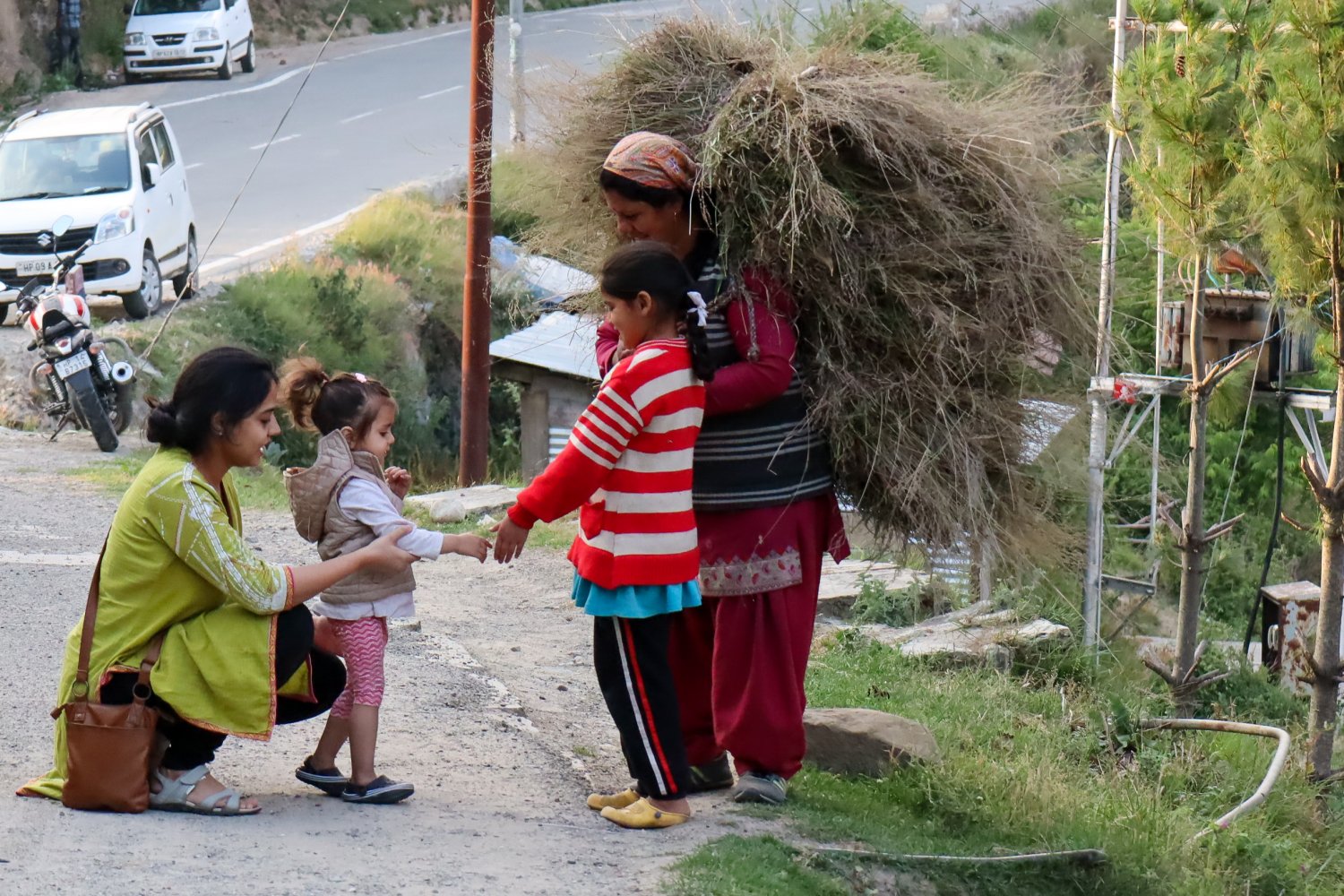 We reached our destination for the day (Matiana Village) around 6 PM. We spent rest of the evening strolling along the streets and interacting with localites. People there were very friendly and even invited us to their home! Our daughter met lots of kids who she played with as we enjoyed the views from this little village. 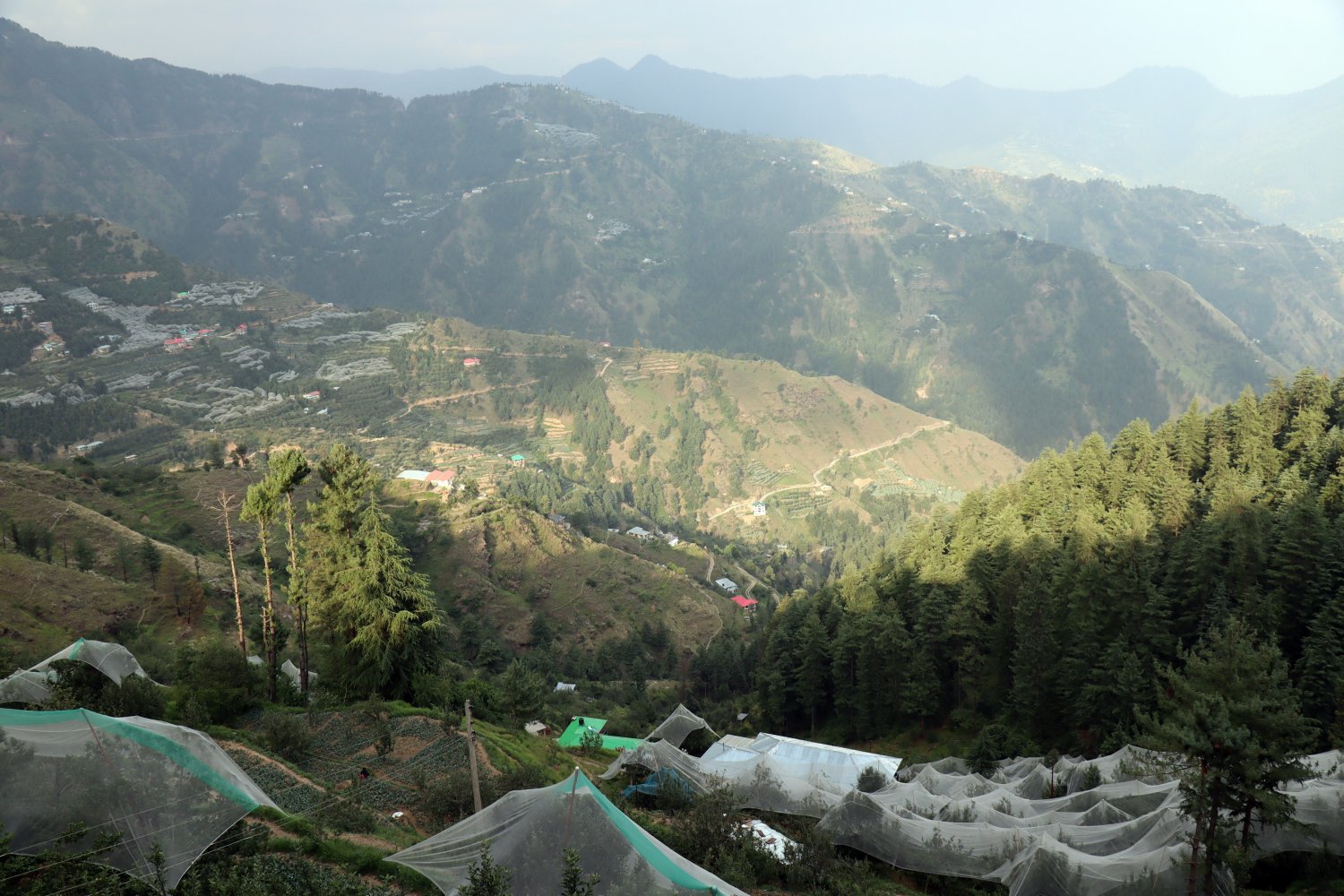 Apple Orchids as seen from our Hotel - Backpackers Homestay, Matiyana. The hotel is new and has clean rooms with this view. The food is also good. 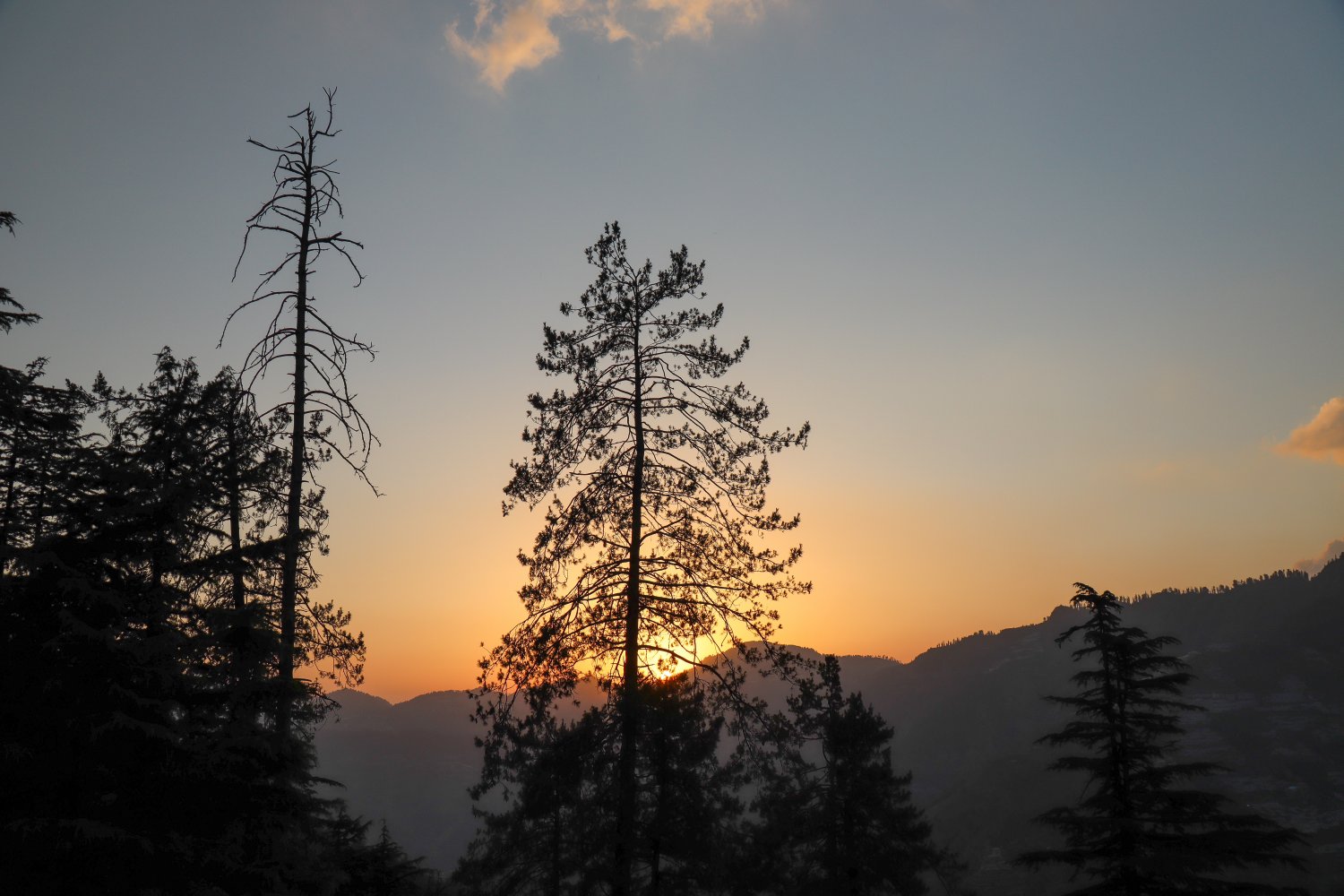 Sunset from Matiana Village.
Apple orchards amidst dense forest are sprawled all across the Narkanda region. It got a bit windy and chilly as the sun touched the horizon. After roaming around the village and interacting with the locals, it was time to relax a bit while gazing at this peaceful yet lively sunset.

Watch this space for more....
Gaurav Talan
You can contact us on insta @amilewithus
https://www.instagram.com/amilewithus/
Last edited by a moderator: Jun 24, 2021

Day 2: We started pretty early from Matiana as we wanted to spend ample time exploring Kalpa (our destination for the day). The landscape from Matiana (few Kms before Narkanda) to Kalpa is diverse. After Narkanda, there is a steep descend towards Kingal and Rampur and then the road moves along the mighty Satluj river until Powari after which you climb up for Reckong Peo and Kalpa. 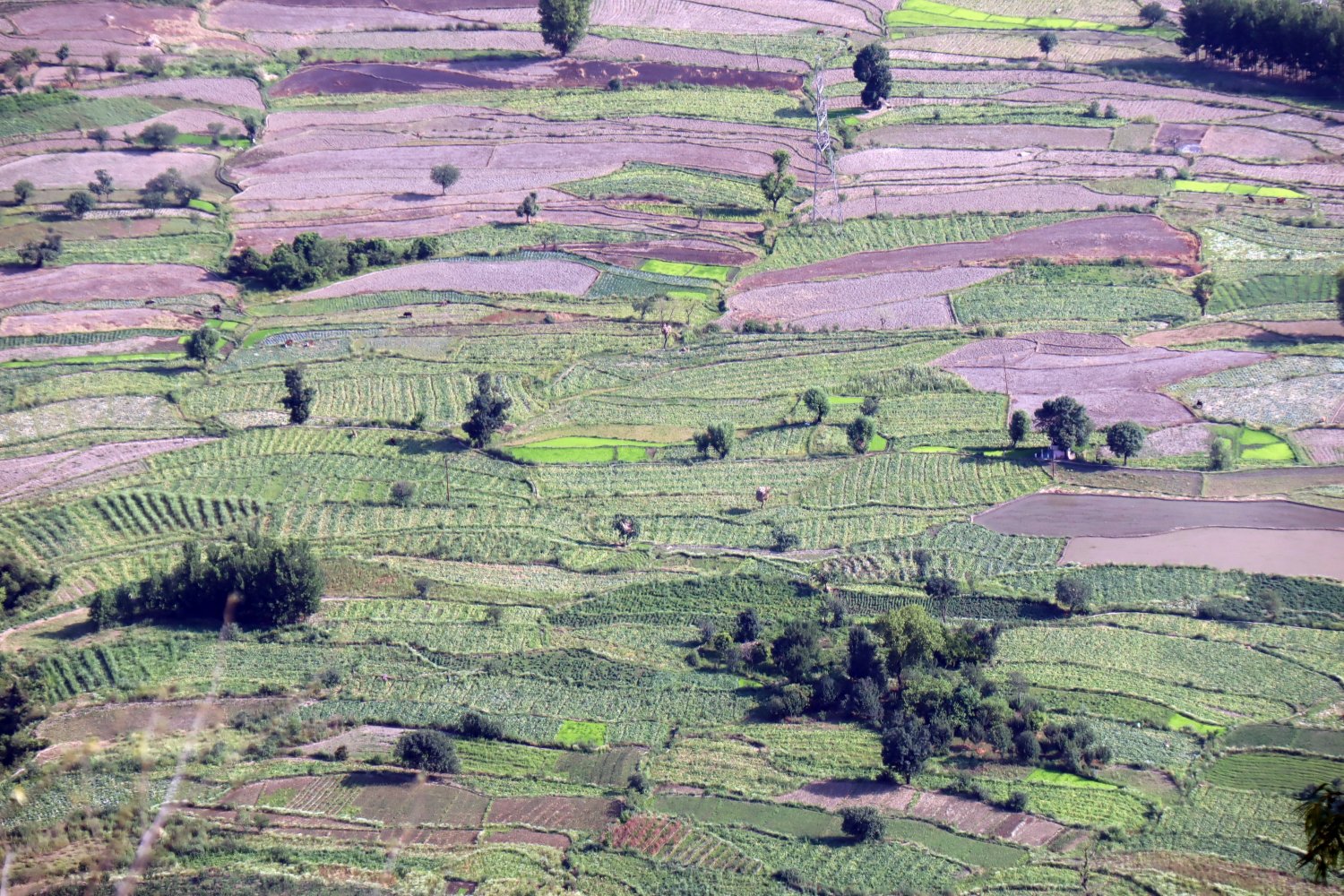 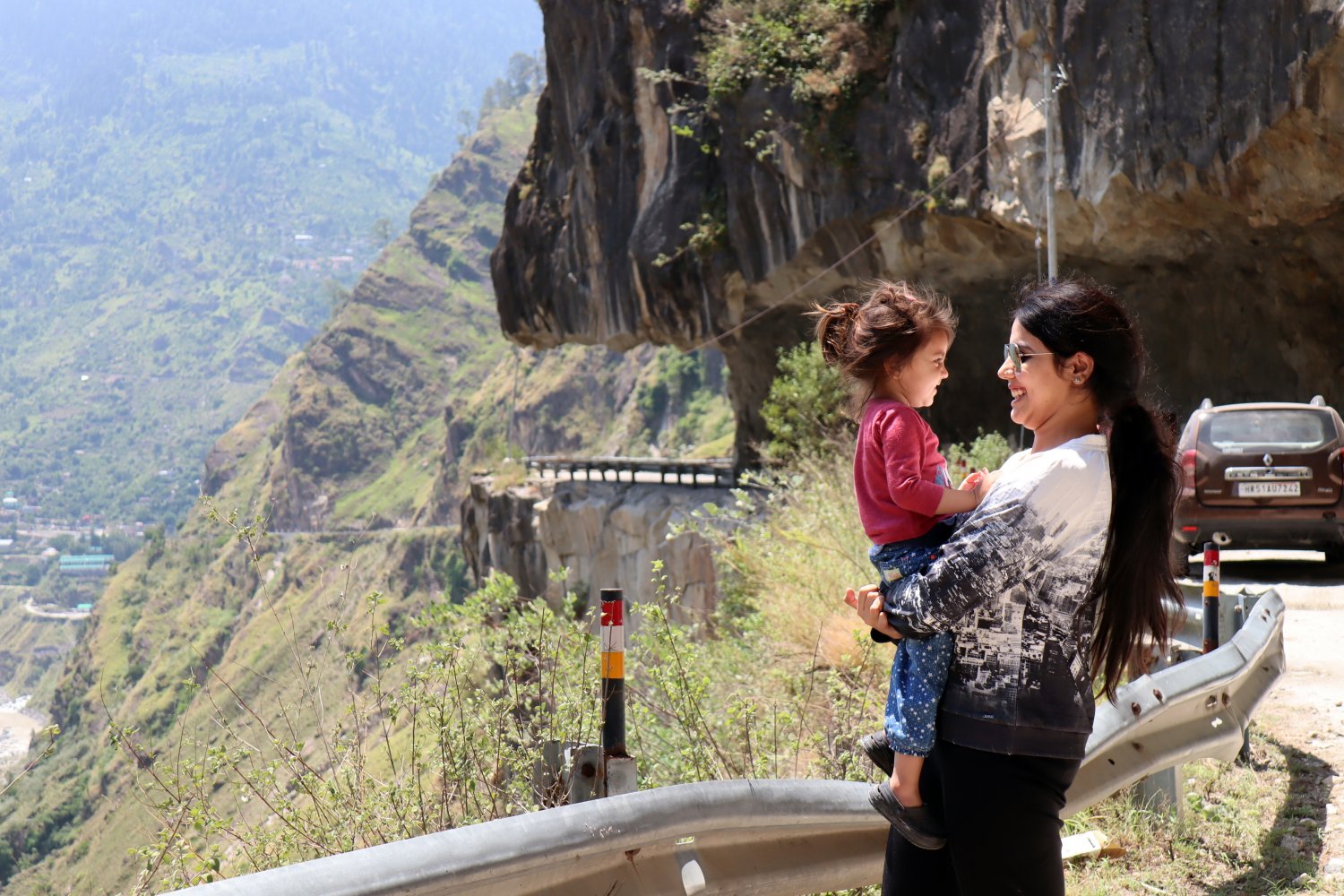 The cliff section of Kinnaur some 6 kms before Bhabhanagar. 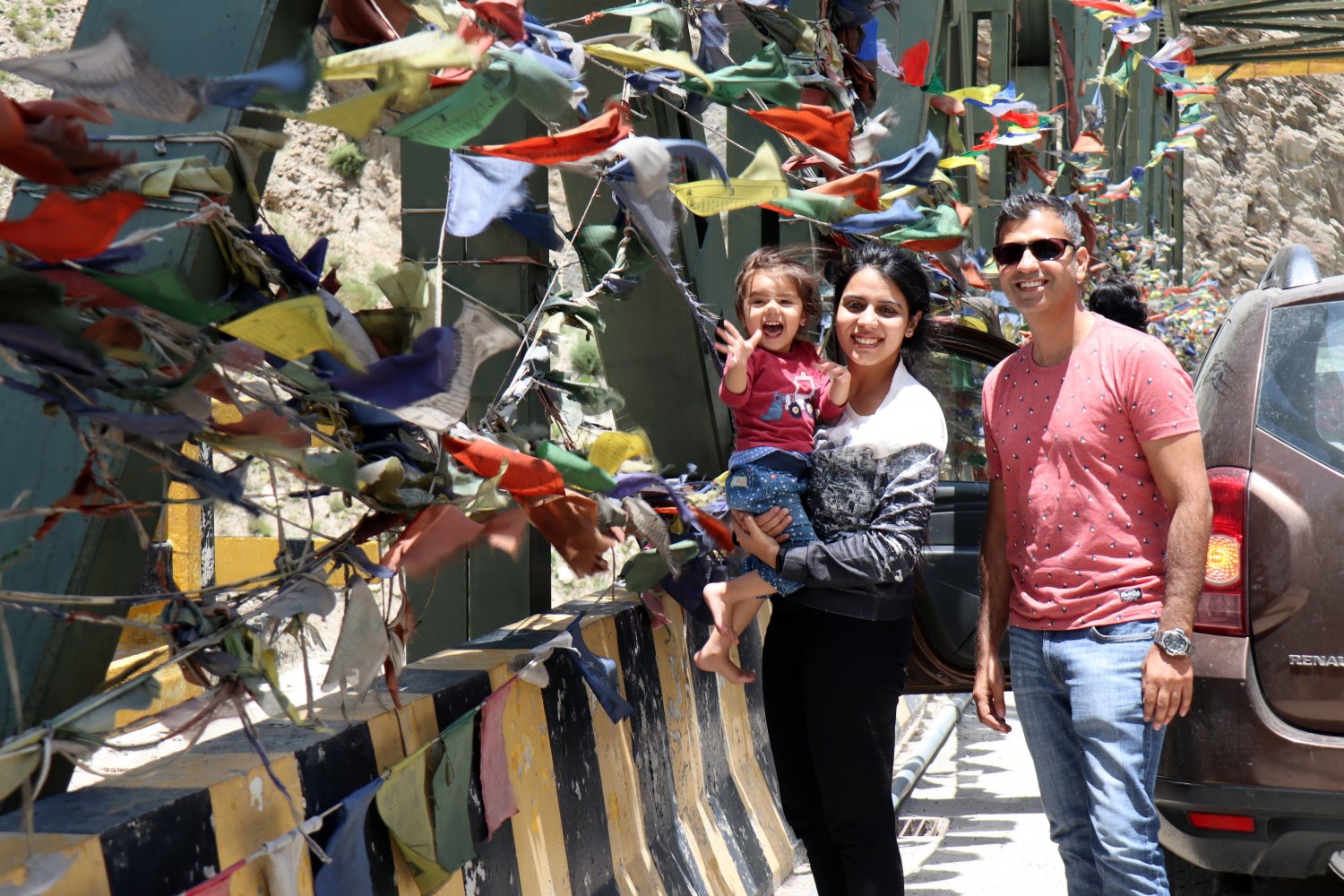 Fluttering flags at Shongtong Bridge. Our daughter was ever excited to see so many fluttering flags! Her excited screams and laughter is something that will always be cherished!!! Indeed it was a task to get her back in the car as she didn't want to let go of her colourful flags!! 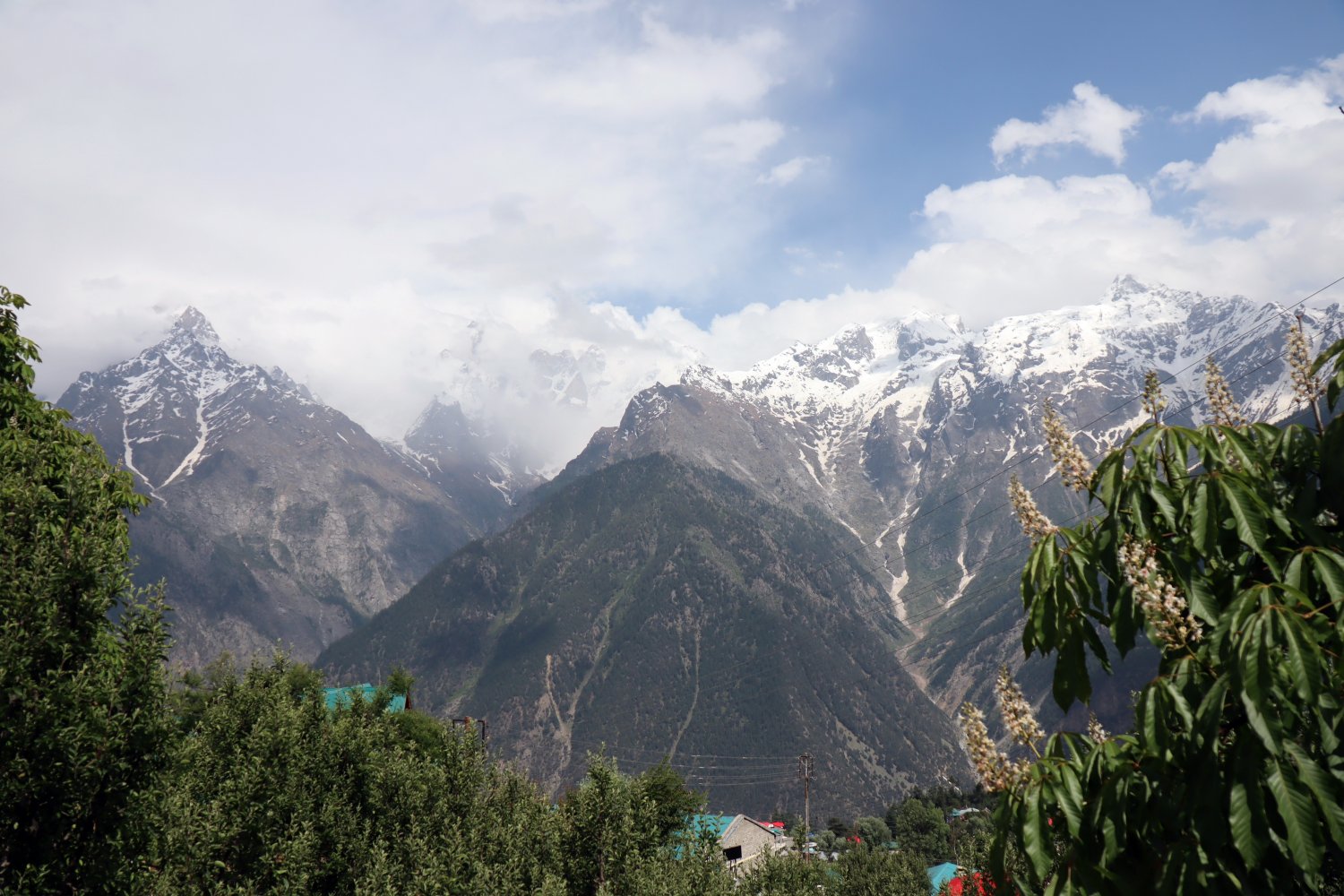 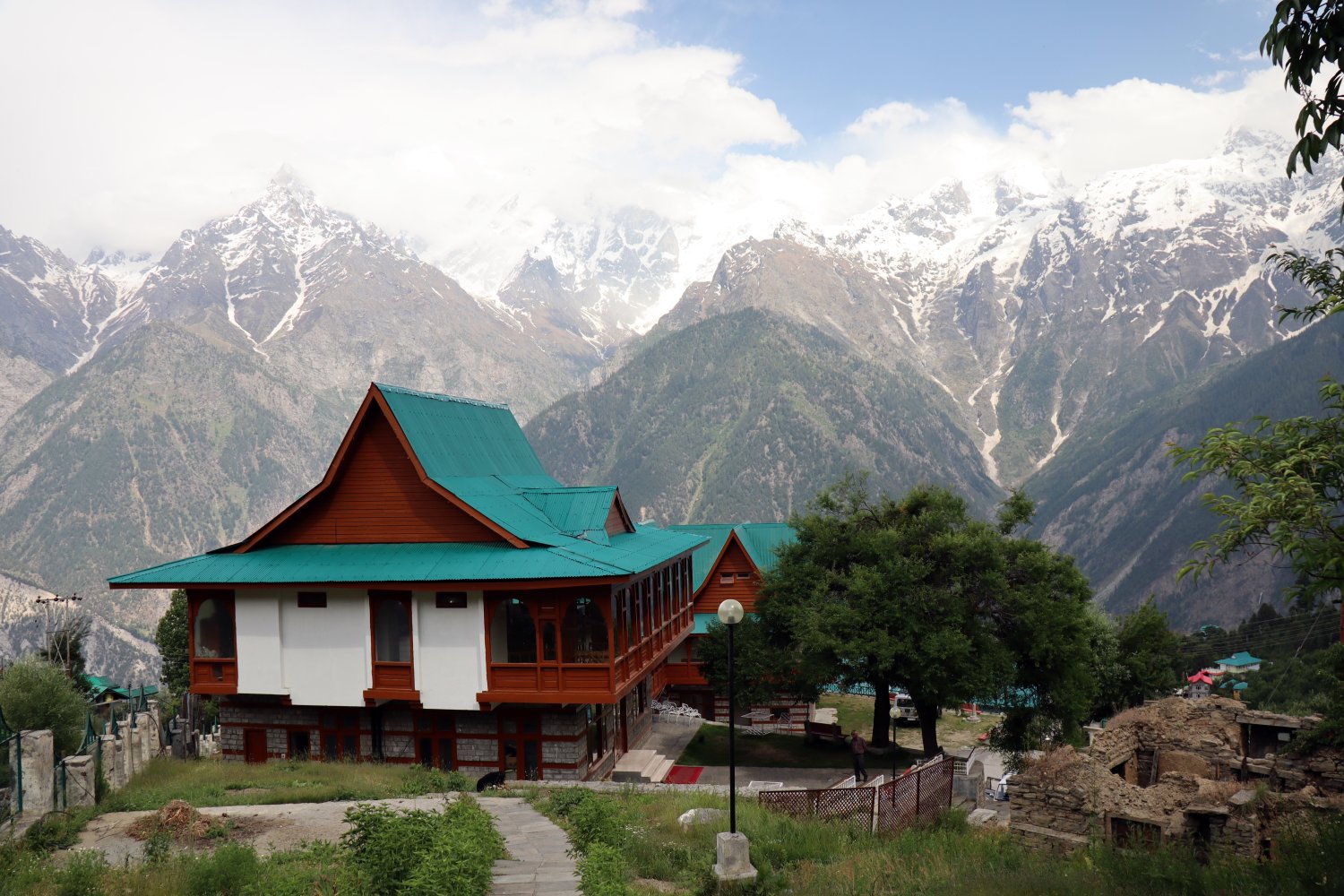 We reached Kalpa at around 1:30 PM. We had prebooked the Kinnaur Kailash Cottages (HPTDC Kinner Kailash), a couple of minutes away from the town. Being a government property, it offers the best views of the Kinner Kailash ranges overlooking Kalpa town. It was drizzling all through the afternoon which called for hot coffee for everyone. The rooms are inexpensive, clean and come with a great view. 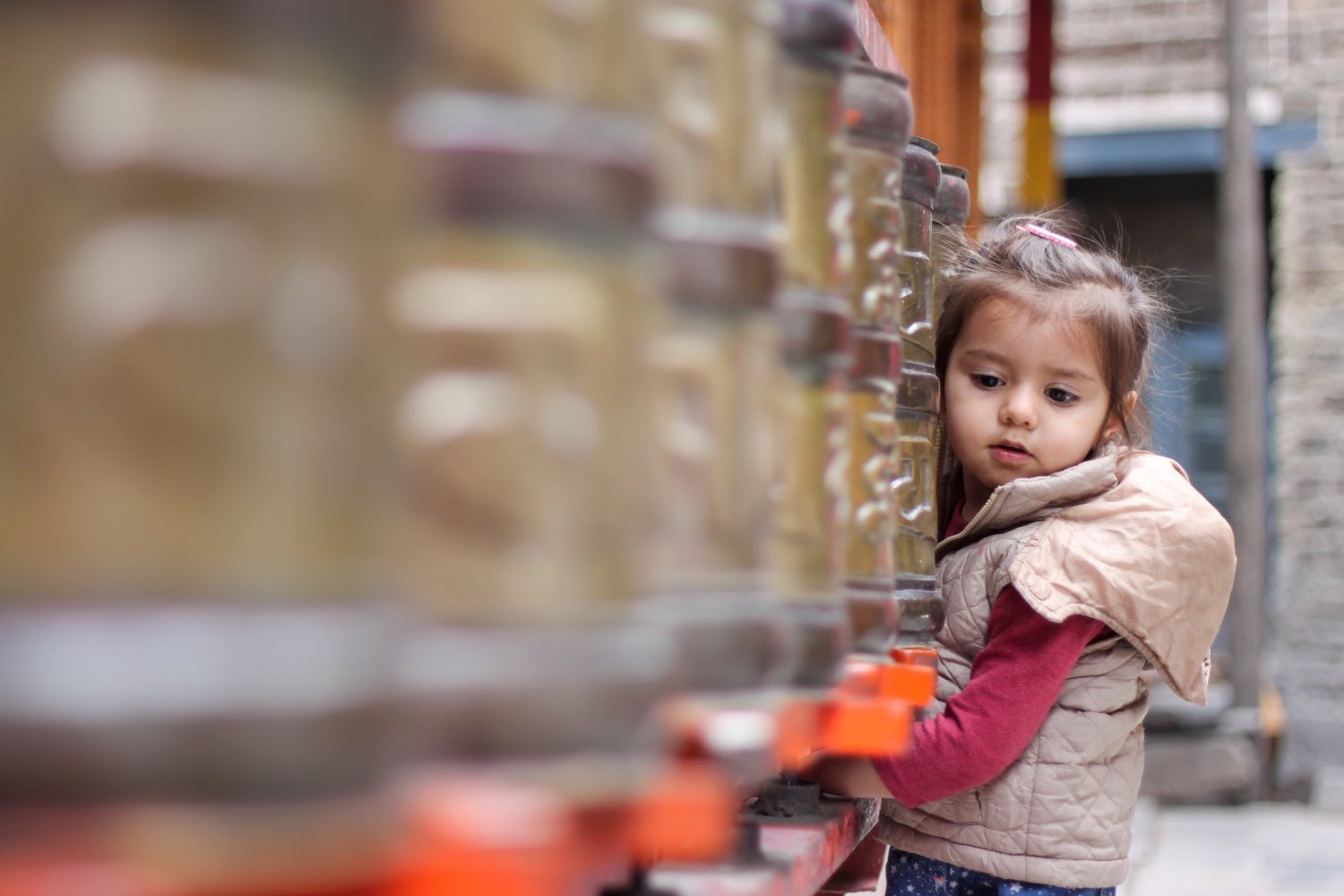 After having lunch, we went on to explore the Kalpa town for rest of the day. The town centre is some 10 minutes of descent by stairs from HPTDC Kinner Kailash. We explored the Kalpa Monastery, Chandika Devi Temple and streets of the town. It was cold and raining incessantly. However, we did enjoy the weather with chai offered at the temple and hot momos of Kalpa. Our daughter was amused meeting local children of her age and rotating the prayer wheels at the monastery. 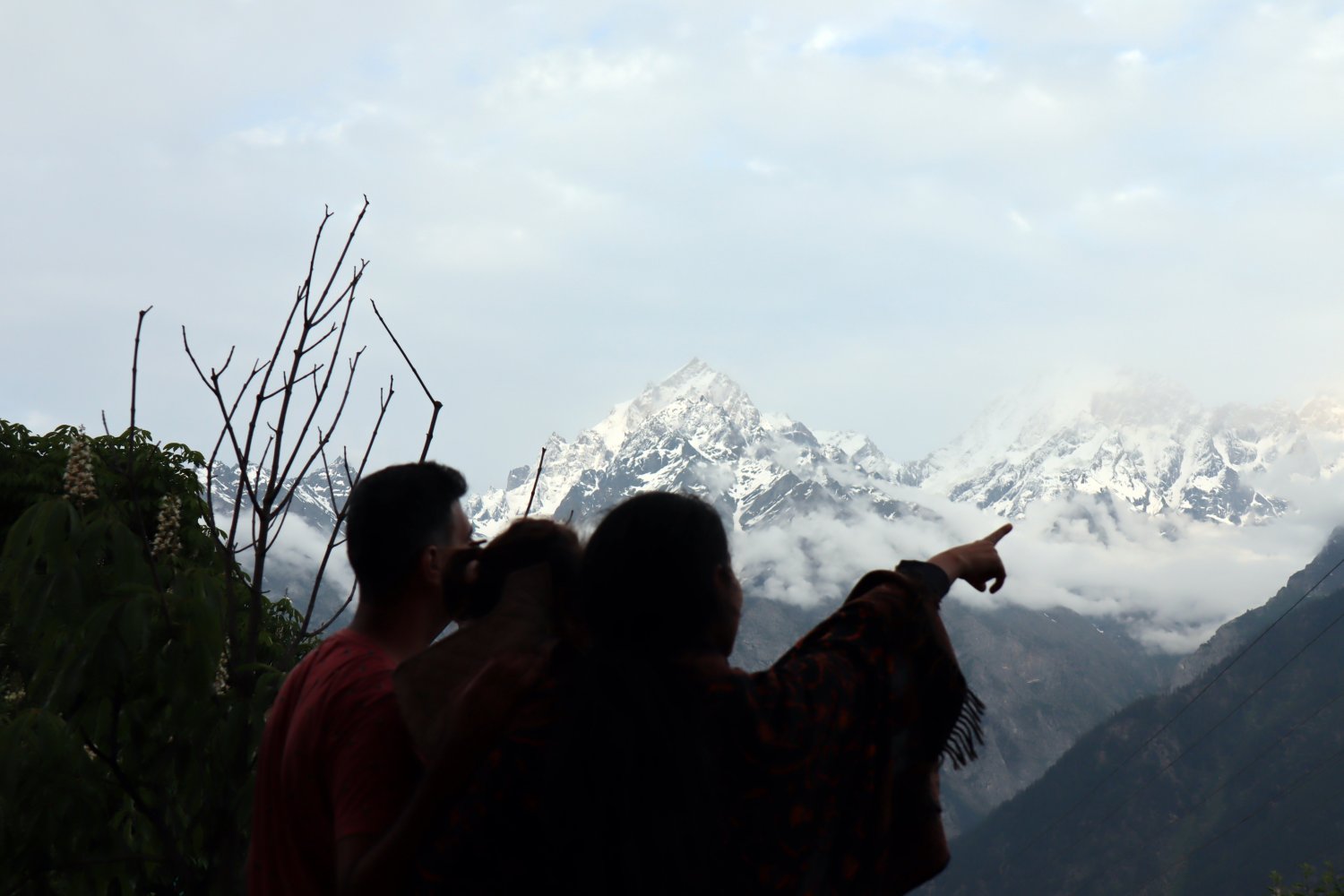 An evening well spent in Kalpa.

Watch this space for more....
Gaurav Talan
You can contact us on insta @amilewithus
https://www.instagram.com/amilewithus/
Last edited by a moderator: Jun 24, 2021

Same situation was with us. my daughter was 2 years old when I planned this trip. same location Narkanda- Chitkul- Kalpa
and we also got positive and negative response from family members (mostly negative, only my wife was positive)..
but due to other reasons I had to cancel this trip.
we did many trips. when my daughter was 1 year old, we went to goa by car,
when she was 2 Years old we went to allahabad, agra
now she is 2.5, we did Kerala trip by car.
we did many small trip of 1-2-3 days.

Great start Gaurav, brave decision from both of you to take your 2 year old angel to Spiti. My daughter is 8+, took her to Sarahan, Chhitkul & Kalpa last month. Plan to visit Spiti/Ladakh next year.
Keep posting.

BEAUTIFUL pictures. The smiles are infectious!

hey really fantastic pics awesome! I would definitely travel with my family.

Day 3: It was truly a grand and wonderful day for us as it was our daughter's second birthday. For quite some time, she wanted to have an ice cream. On her birthday, we had to arrange one for her. Fingers crossed, we left for Nako from Kalpa in the morning with a plan to stop and find some ice cream in Reckong Peo. Luckily, we could find the ice cream in downtown Peo and hence the celebrations had begun.
The route from Reckong Peo to Nako is beautiful and dramatic. Within a short distance, you see the lush green valleys transforming into a cold desert. 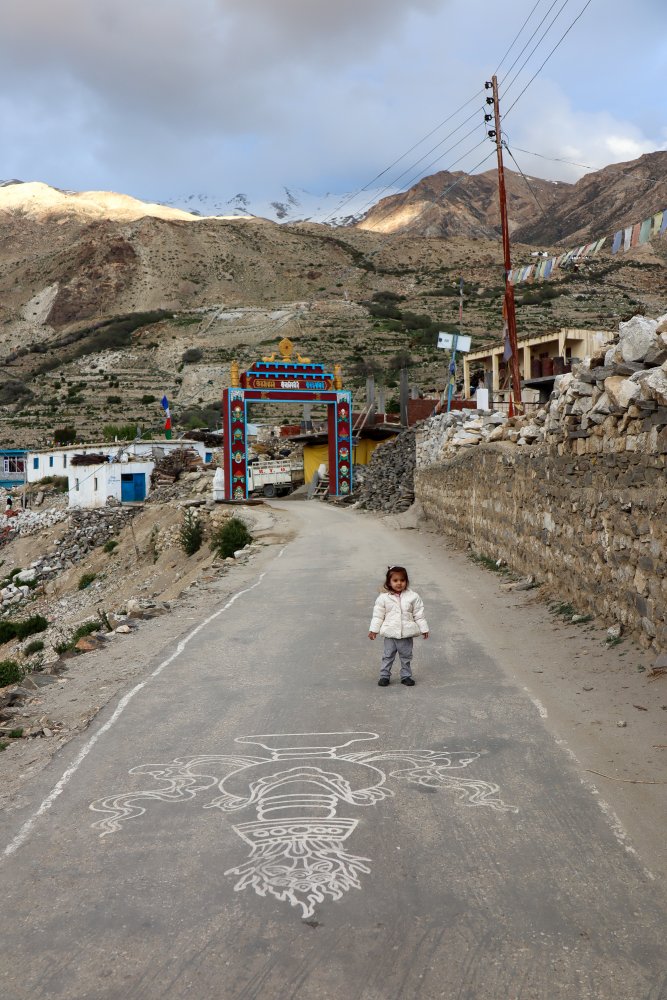 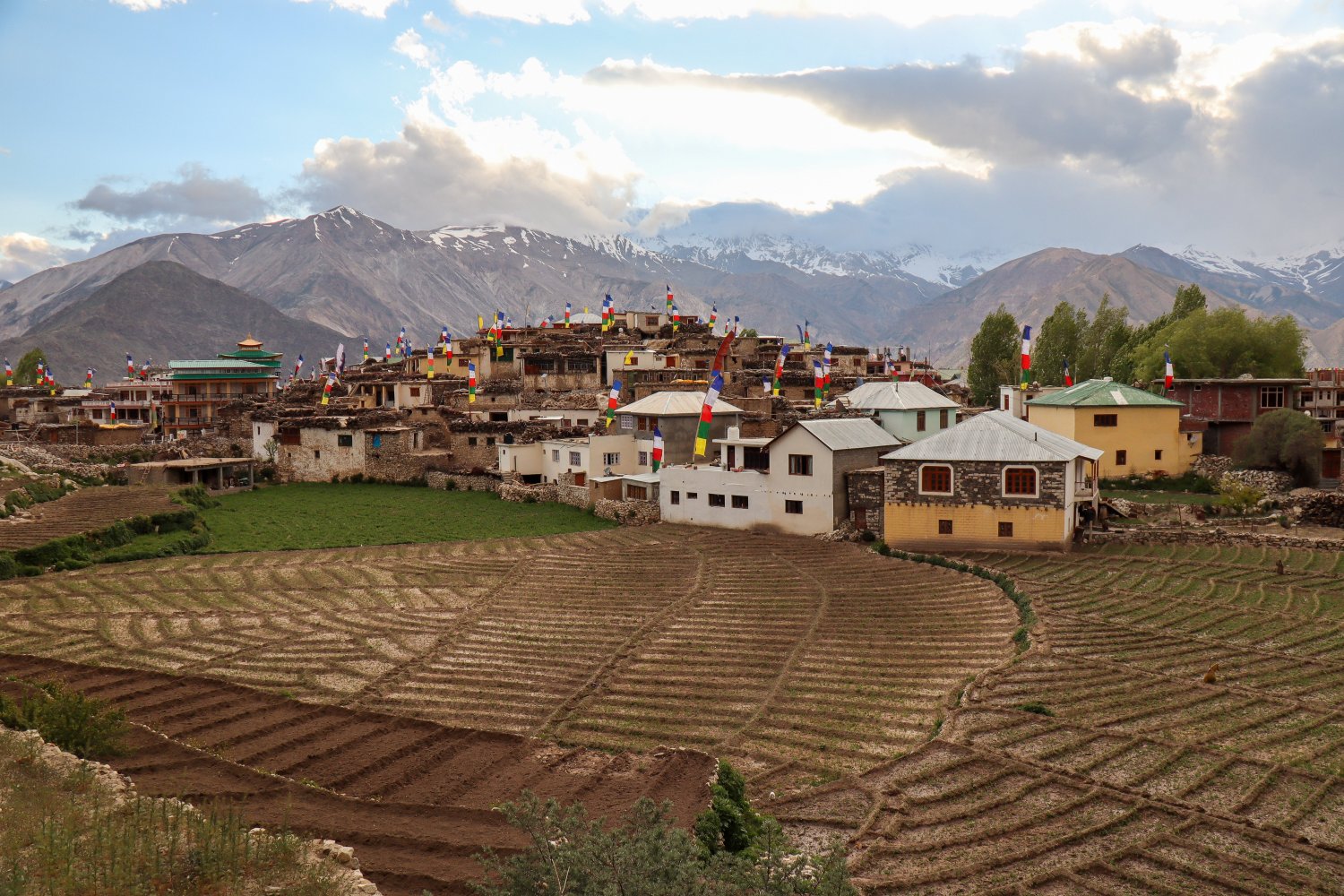 Nako is situated in the picturesque Hangrang valley at an altitude of around 3,700 meters. The village also has a small lake in middle of the cold desert. 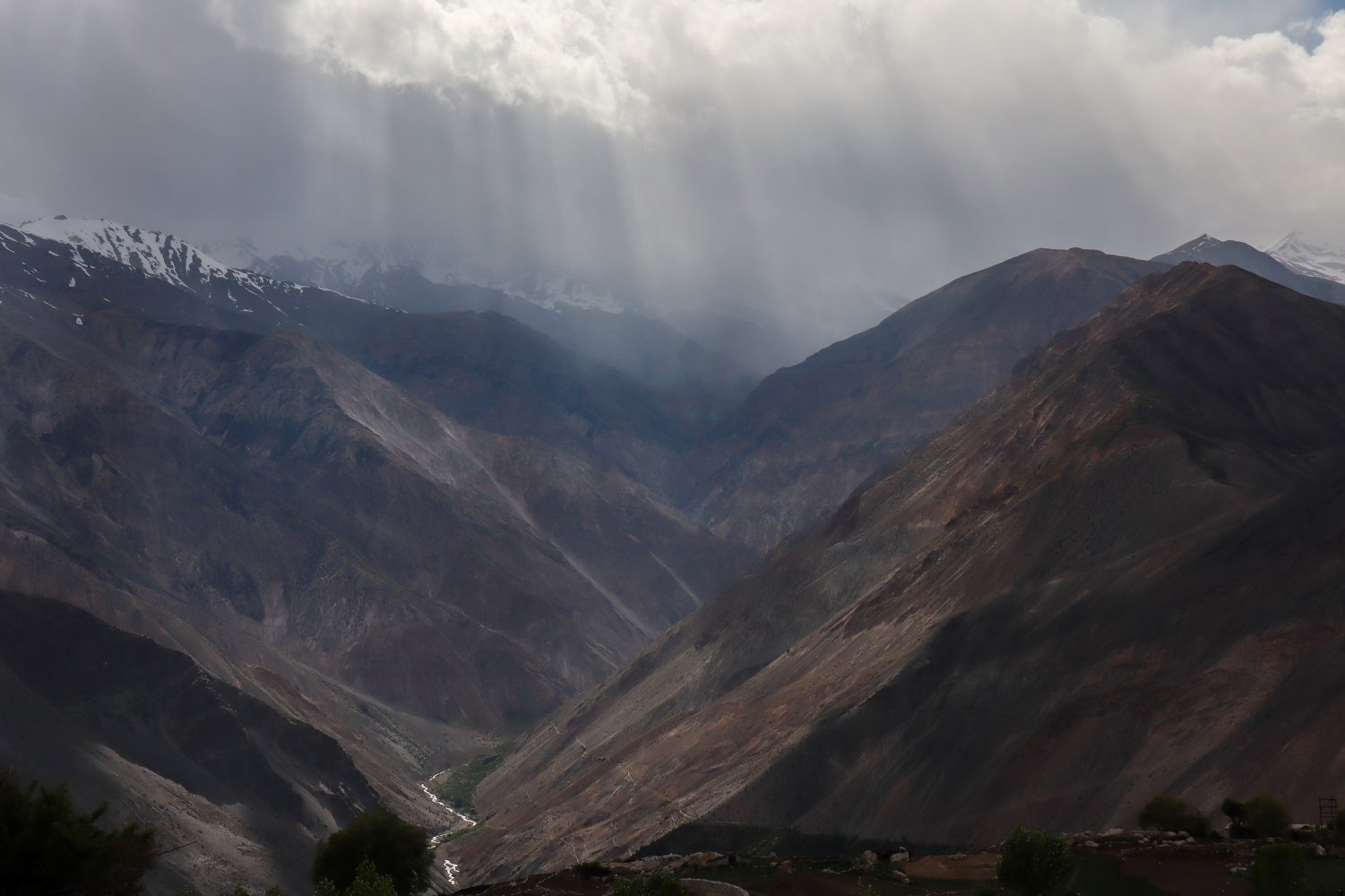 It was chilly as well as windy when we arrived in Nako. The altitude gain is sudden after Khab (the confluence of Satluj and Spiti rivers) and a cocktail of lowering oxygen level and windy conditions on these winding roads may make you feel a bit dizzy. Nevertheless, we had big plans for the day. Explore the village, spend some time at the lake, take a hike to Buddhist chortens, taste local cuisines and most importantly, celebrate the Birthday!!

After checking into the hotel, we decided to go for a quick hike to Buddhist chortens and a giant prayer wheel visible from the village. The place offered really good views of the lake, village and the entire Hangrang Valley. 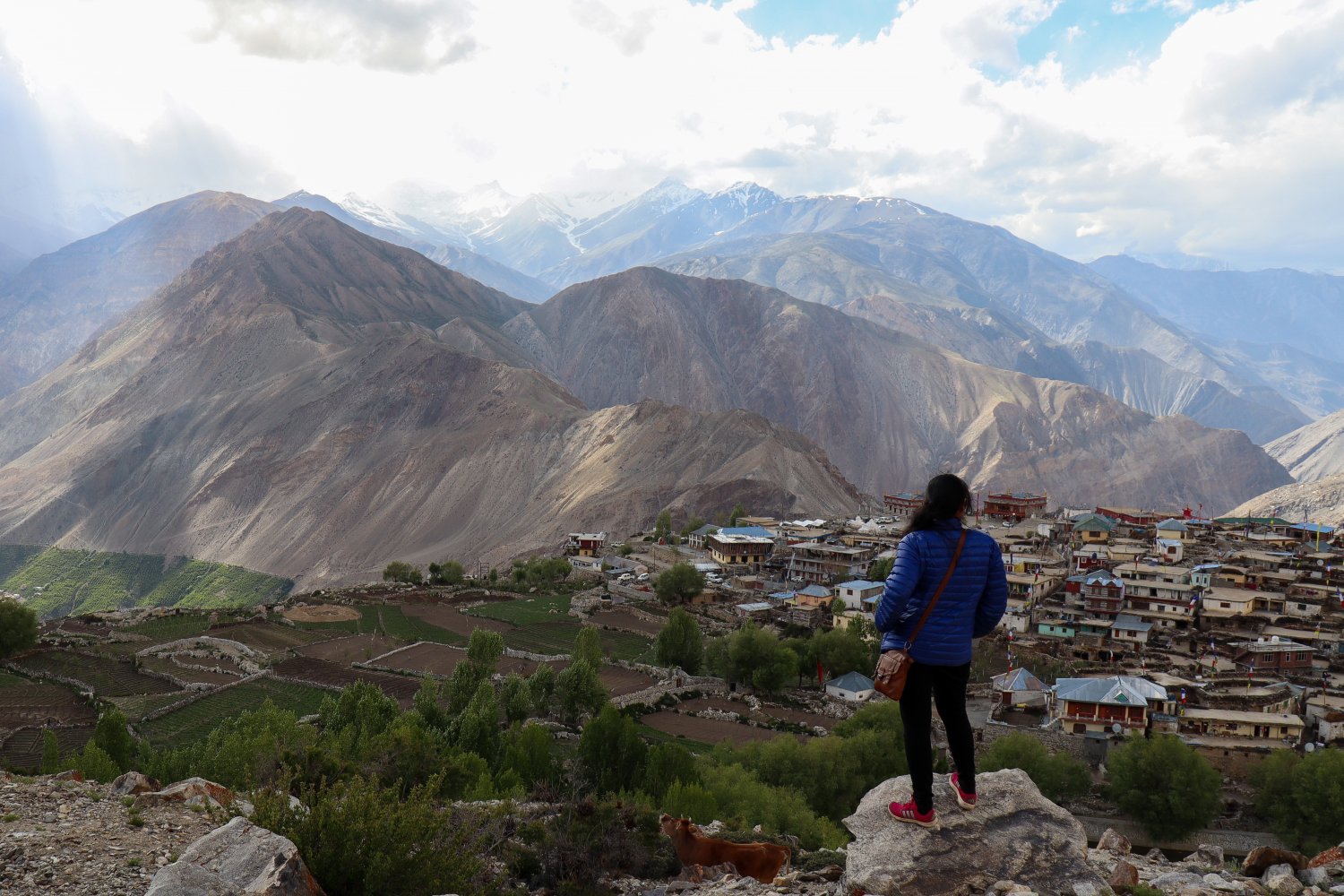 Nako village visible from the chortens area. Even though the hike was small, its rewards were big. The serene and peaceful environment doesn't let you leave the place so easily. 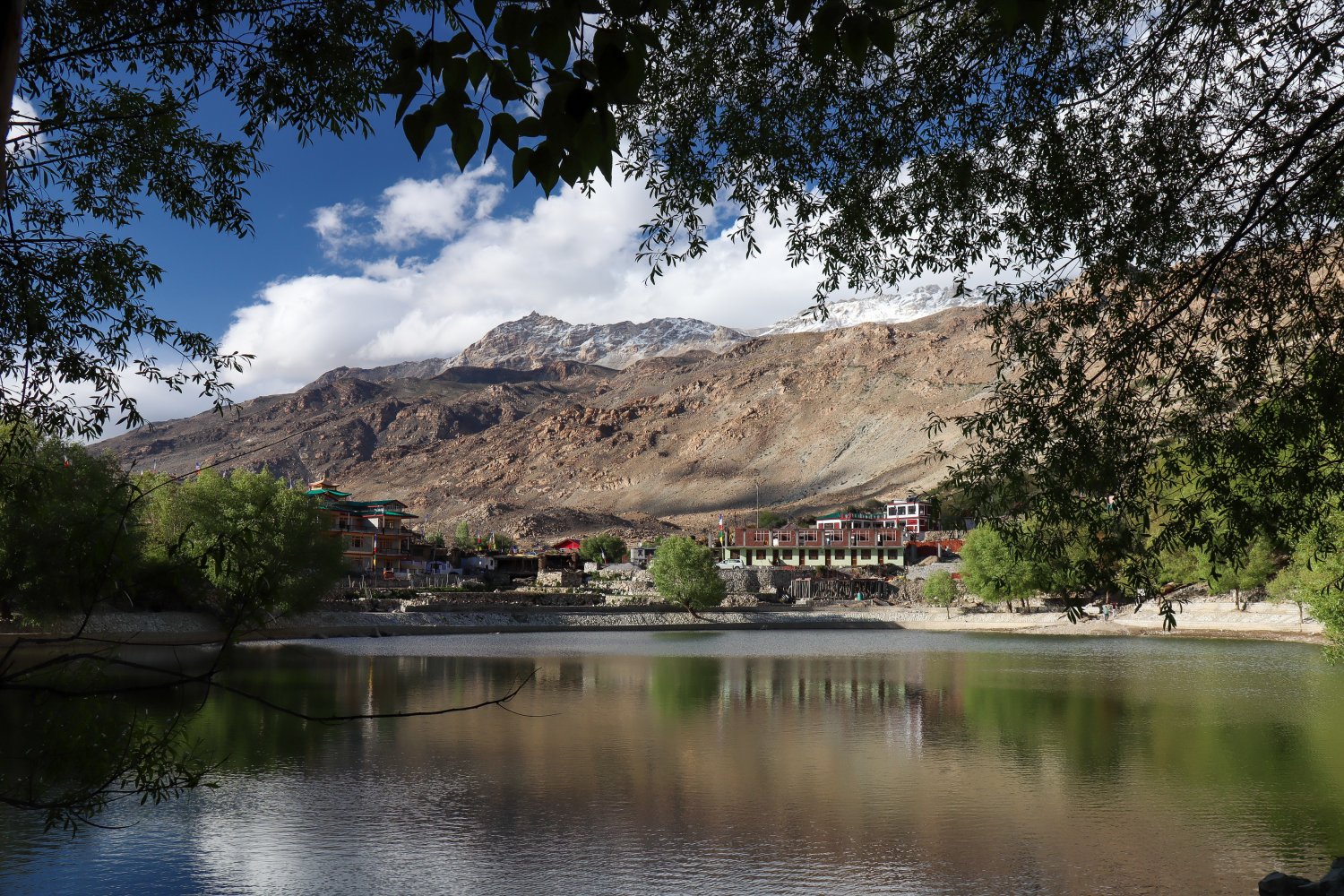 Nako Lake - An oasis in the cold desert. 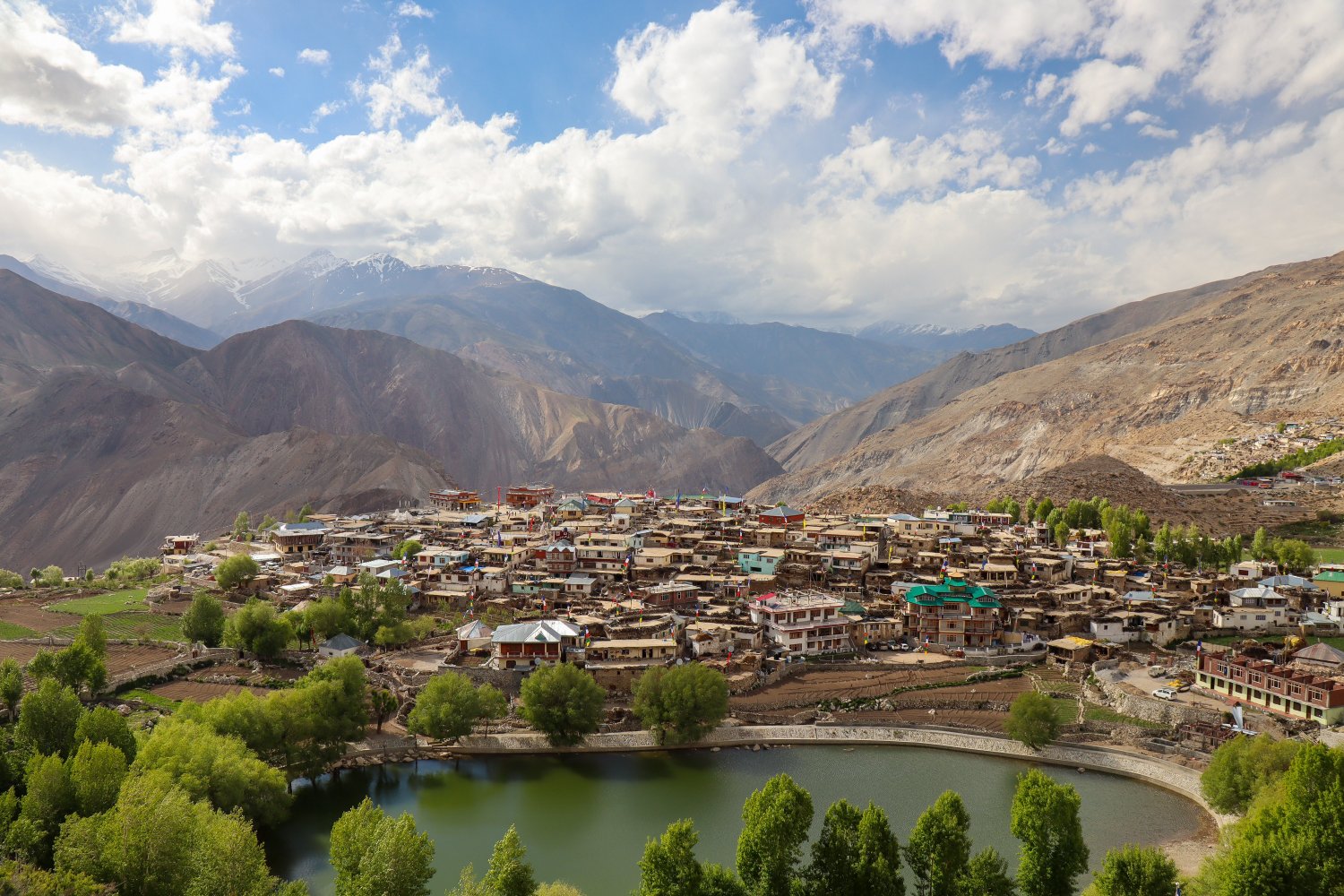 A full circumference of the lake takes only a few minutes and offers great view of the village and nearby mountain ranges.